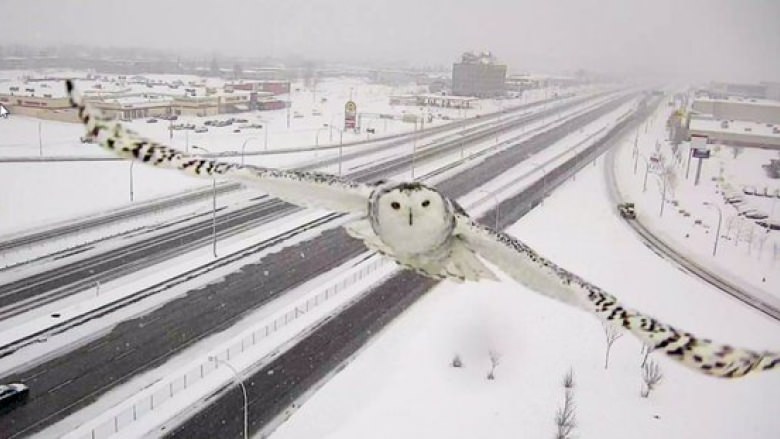 Usually, traffic cameras are used just for that - to look at traffic.

However, one lucky camera along Montreal’s Highway 40 got a glimpse of something much more interesting than the daily commute.

As seen in the image above, the camera had a bird’s eye view - pardon the pun - of a giant snowy owl mid-flight.

This and several other images were first made public by Montreal’s transport minister Robert Poëti via Twitter:

People wondered, however, why the bird would be flying around a camera tower in the first place. But, according to Barbara Frei, who directs the McGill Bird Observatory in Montreal, the bird was probably looking for a place to perch and look for food. She told the CBC:

“I think they are attracted specifically to the highway because it has open, grassy fields nearby which is perfect for hunting their favourite prey, which is small rodents.

There are no images of the owl leaving its perch to capture food, but at least we got a nice view of it on its way up to have a look around!

View a short video of the bird flying up to the camera: