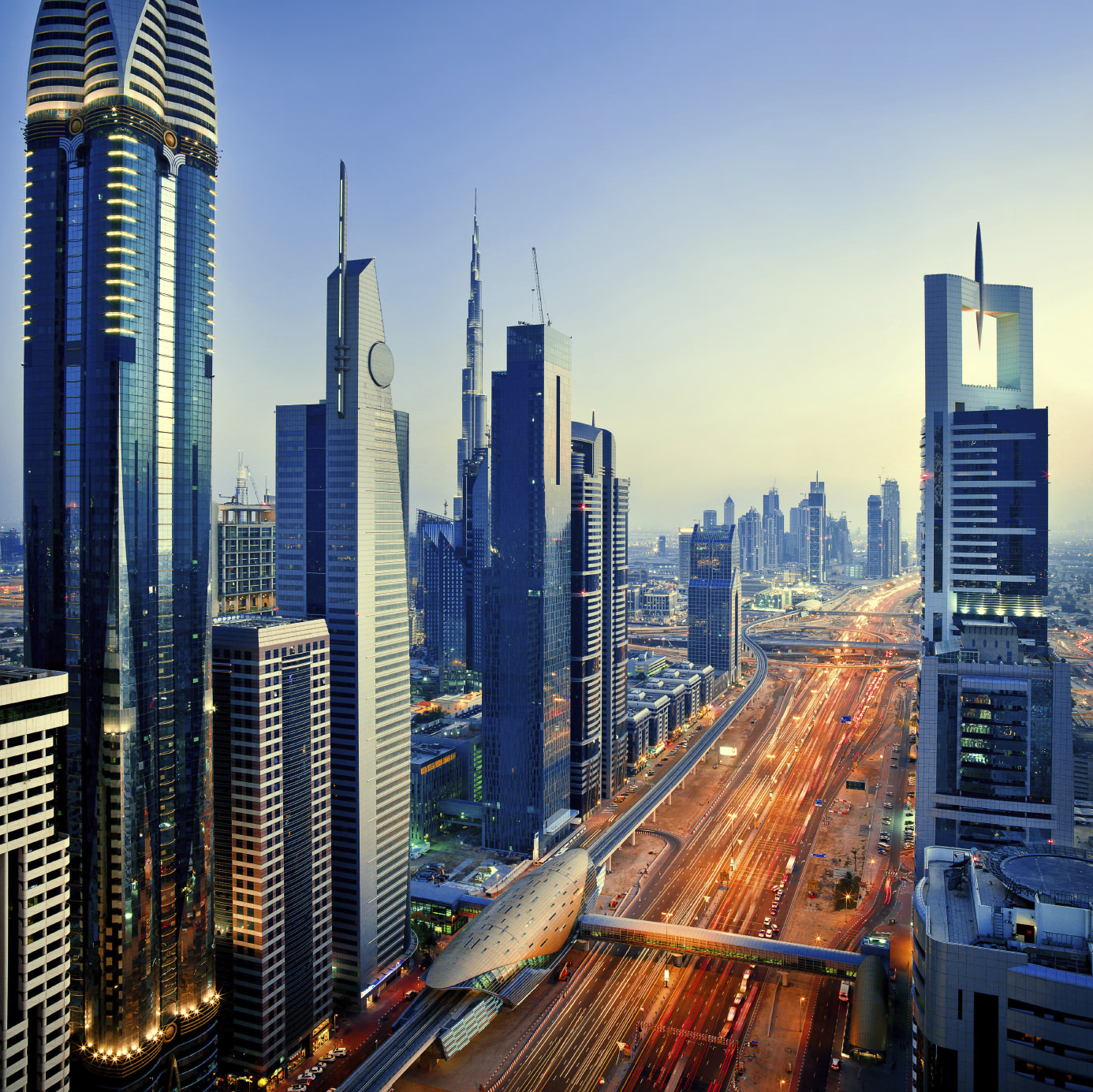 For many of us, the urban jungle is home. But whether you live in the city or not, they represent an abundance of photographic opportunities. You can spend part of your day taking photos of the city’s skyline, the next part of the day taking images of people on the street, and the next part of the day creating interesting abstract images using the textures, patterns, shapes, and shadows that are in such great number in a city. The possibilities are truly endless.

No matter what subject matter you seek to document, photographing the urban jungle can be made easier by following a few simple steps. 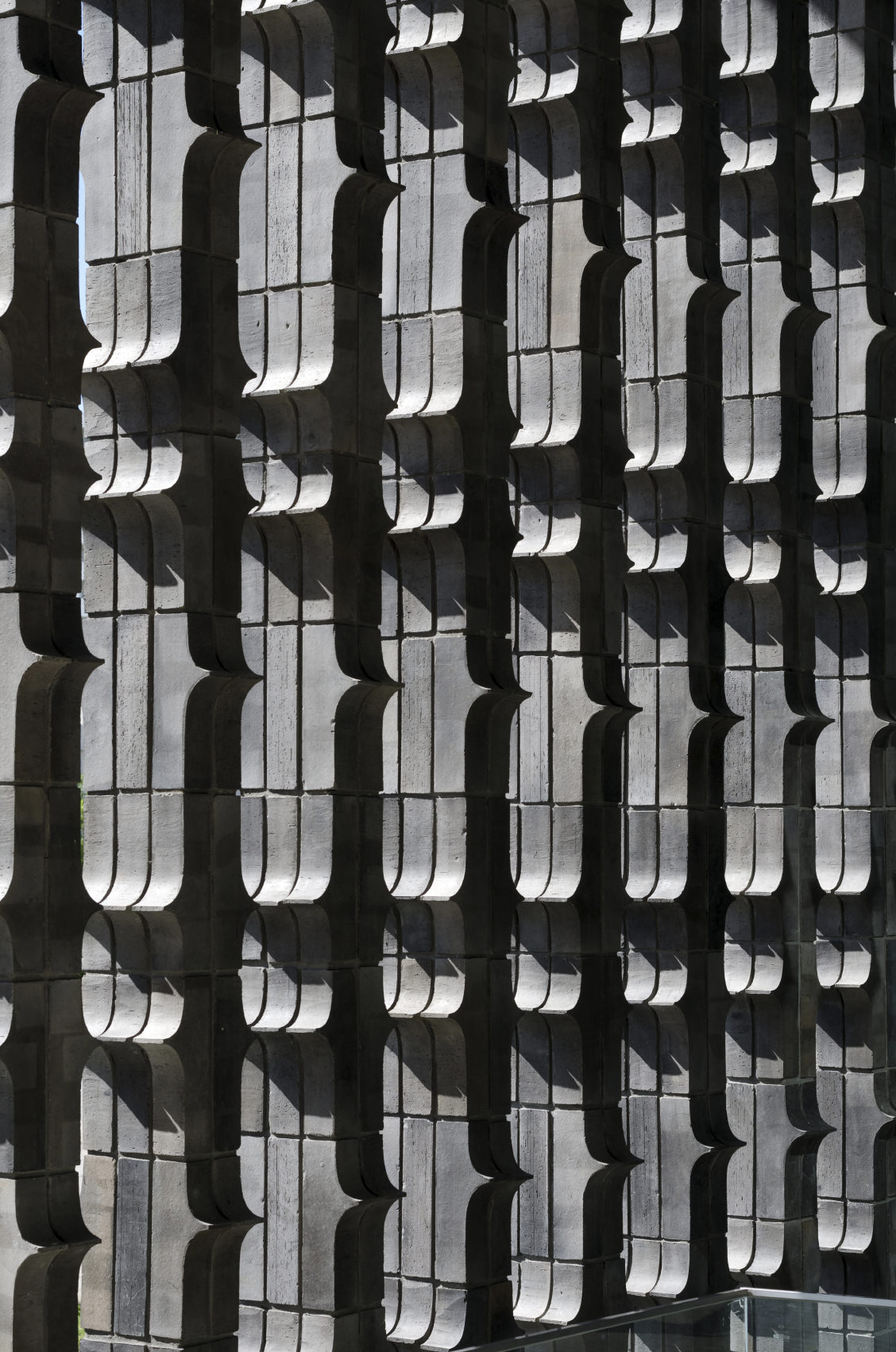 While photographing the urban jungle on the fly might seem like a good idea, generally, the best photos of urban landscapes are the result of careful research and planning, just like with any other type of photo.

Naturally, in a city, there are many choices to make regarding location and subject matter, so doing some research ahead of time will help you identify the locations you want to shoot. Once that list has been created, there is the matter of deciding what time of day would be best for the type of shot you want. This pertains most obviously to the lighting that’s available, but it is also important in terms of how many people might be there as well. Some urban photographers utilize people in their shots, highlighting them as part of the primary subject. Others seek to eliminate people from their shots. 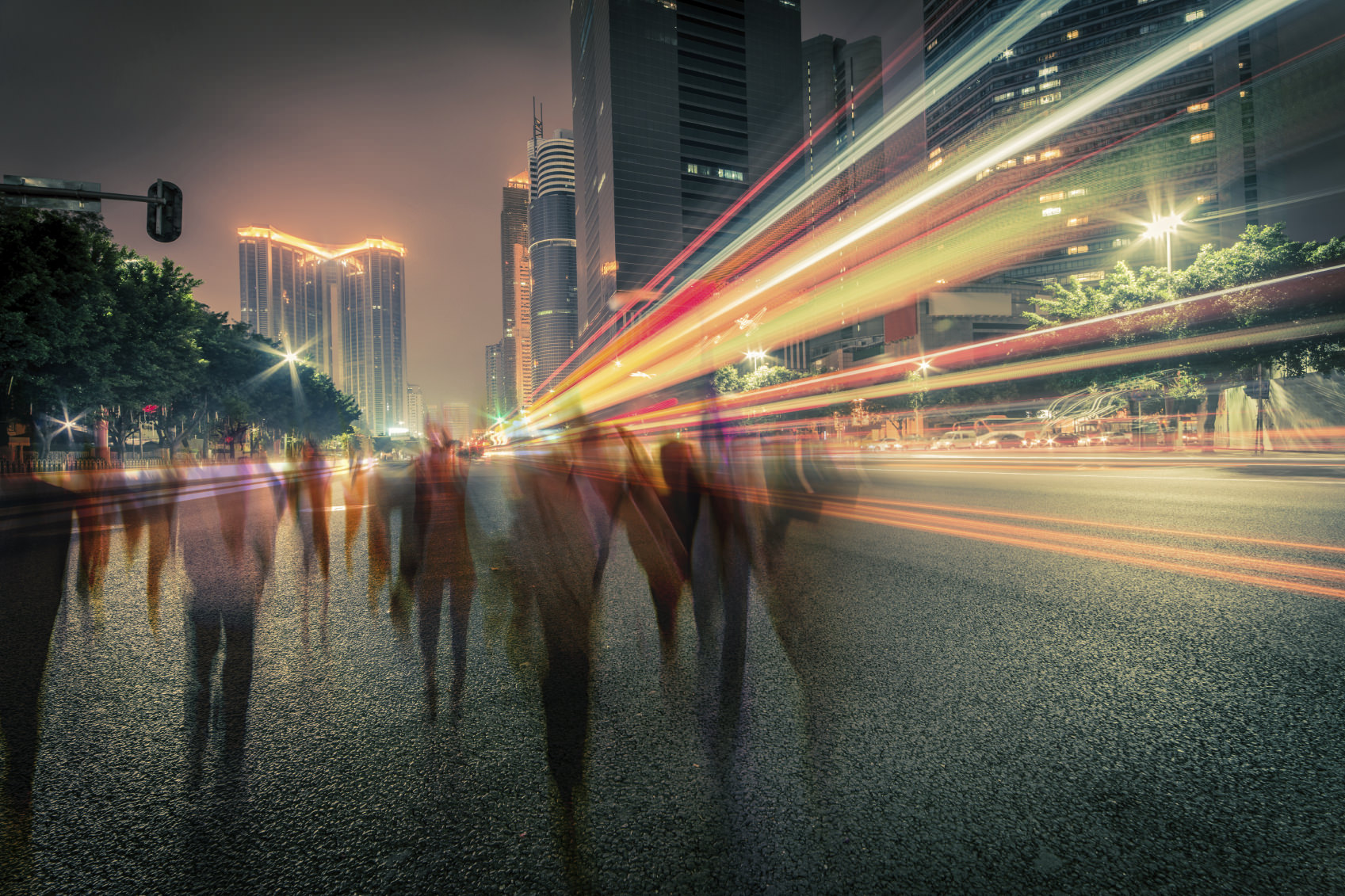 If you wish to do the latter, the timing of your visit to a given location will be much different. Visiting Times Square in New York City during the day would be a nightmare from the perspective of trying to capture the scene without people. The dead of night would be a better choice for that specific situation.

Planning your urban adventure will also inform you of the gear you need to take. There are some recommendations for gear at the end of this article, but that notwithstanding, your gear choices should be made based on the work you want to do. If you are focusing mostly on architecture, a zoom lens might be your best bet. If you want to create images of people on the street, a less conspicuous lens might be the way to go. 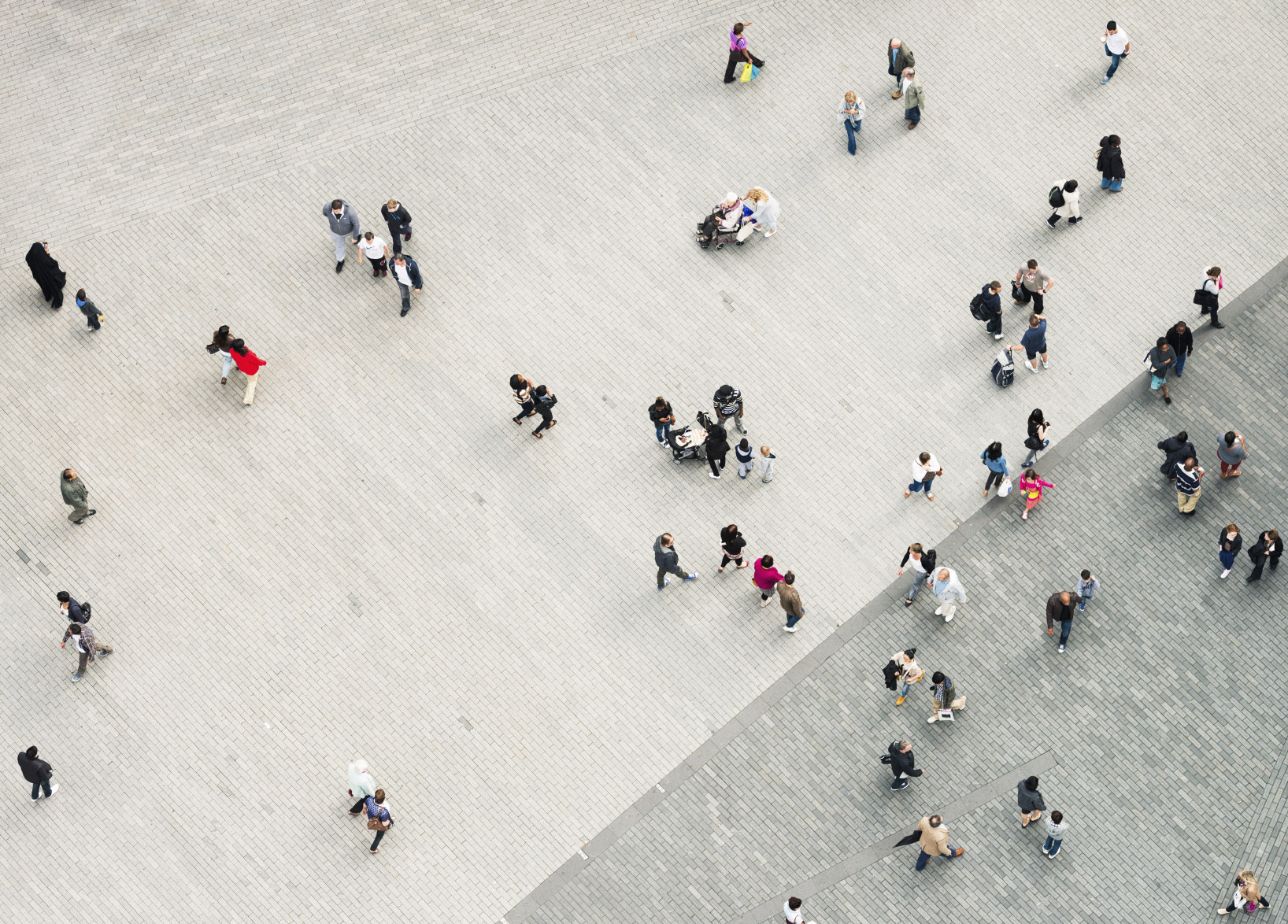 When people go into the city, they often spend a lot of time looking at the big picture - the city or neighborhood as a whole - and neglect the smaller, more intimate scenes that are in such great number in a city. While there is nothing wrong with photographing large scenes, there is something to be said about those smaller vignettes in a city. There is often a greater chance for you to create an image that is compelling, conveys emotion, and connects with viewers in a more meaningful way by giving more attention to the little things.

Small vignettes can be anything - a tiny garden next to the sidewalk, a street performer in front of a crowd, a stranger sitting quietly on a bench. It takes some practice, but with time, you will be able to train yourself to look for these little moments and your images will be the better for it.

Contrast is a Good Thing 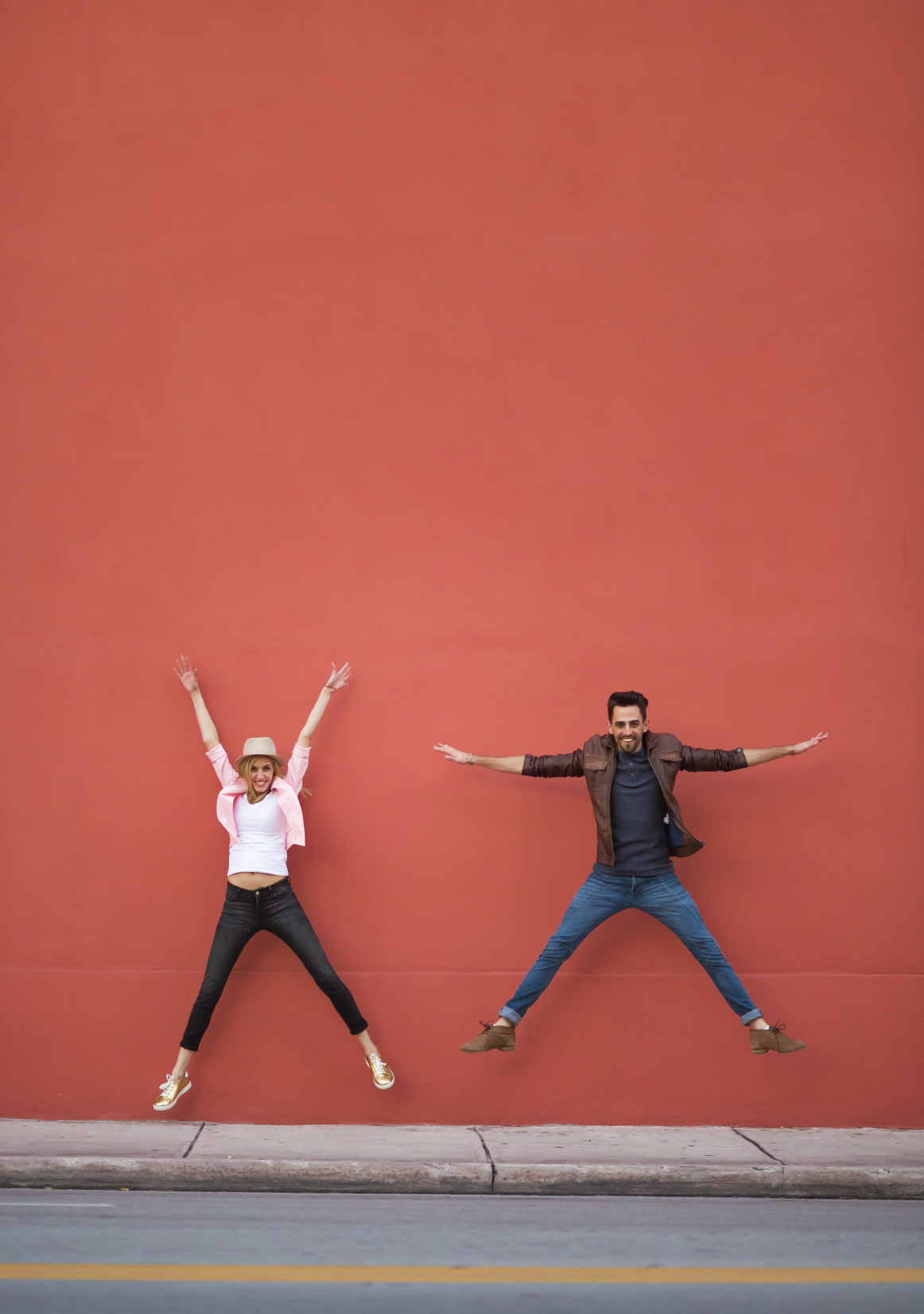 Speaking of creating more interesting images, to do so will require that you look for contrast. This refers to lighting, of course, as the interplay between shadow and light can translate into a visually engaging image. But contrast also refers to the wide variety of diversity you find in cities. The interplay between people of different ethnic, racial, religious, or other backgrounds can be a powerful subject. Where man and nature meet can be compelling as well - even if natural elements were created by man in the first place, such as an urban garden. 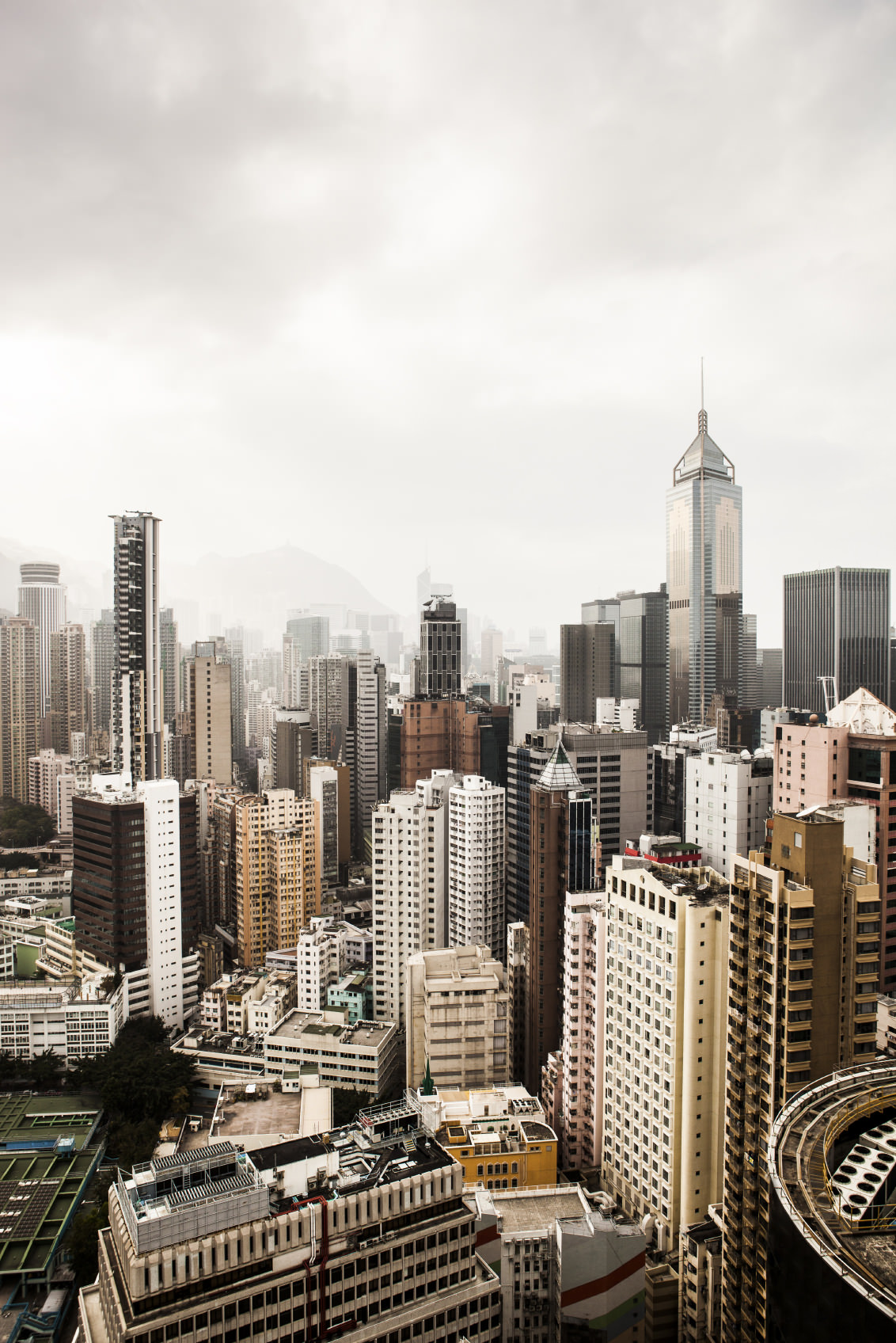 Look as well at the varying styles of architecture that appear right next to one another. Towering glass skyscrapers next to hundreds-year-old brick buildings is a nice juxtaposition of modern and old and makes for engaging images. There is an abundance of colors in the city too, which is yet another way to explore the many contrasts the urban jungle has to offer. 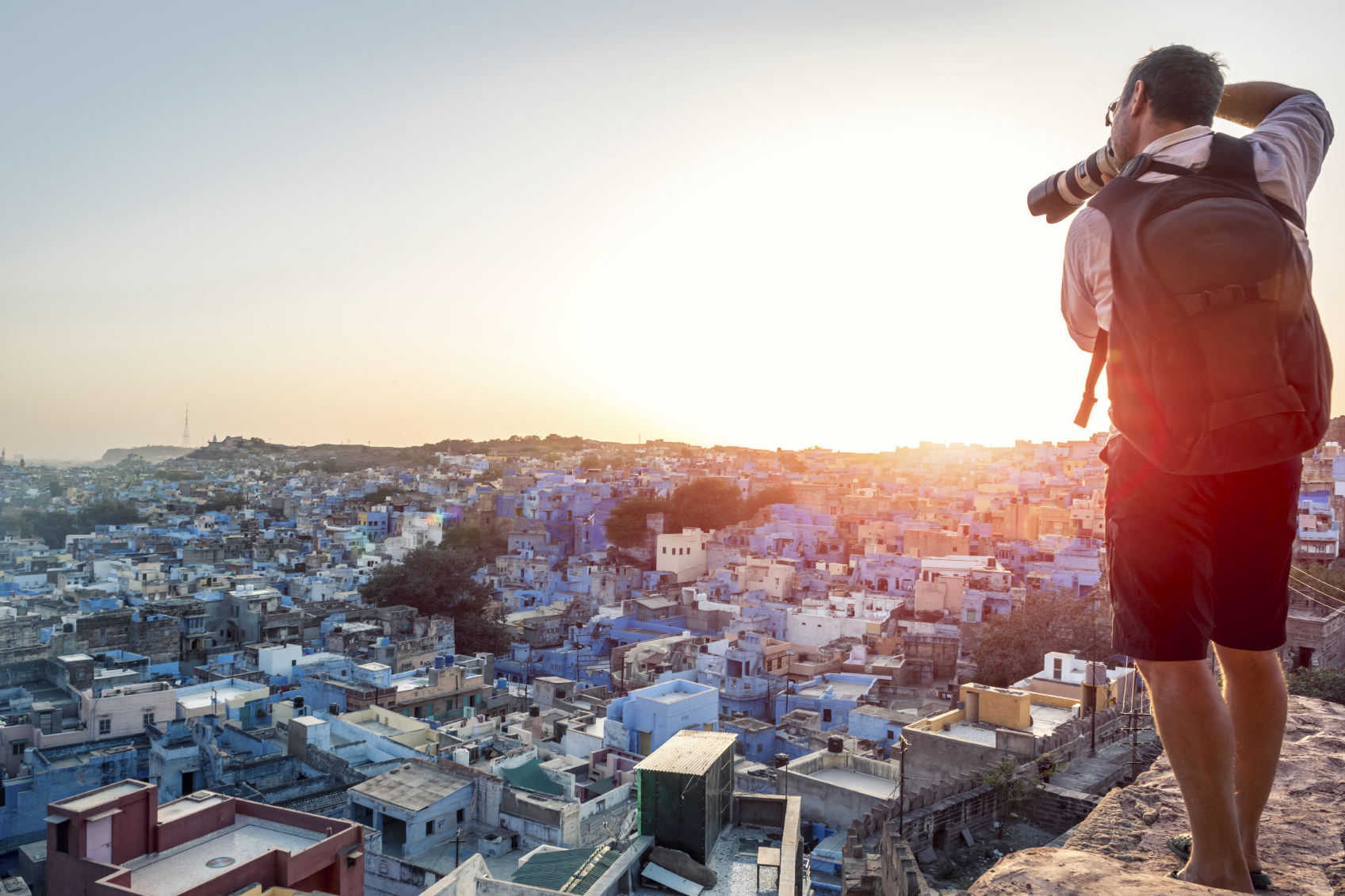 No one wants to lug around a camera bag or backpack that’s filled to the brim with camera bodies and lenses. It will tire you out in a hurry, and all those lens changes can get annoying, not to mention the fact that while you’re digging through your bag to find the right accessory, you may very well miss the moment you wanted to capture in the first place.

Instead, travel light. Take one camera body and one or two lenses. Generally speaking, a wide-angle and a short zoom lens will allow you to photograph just about anything in the urban jungle. The wide-angle lens will allow you to capture the larger scene with a good depth of field, perfect for shots of the city’s skyline. A short zoom lens is great for photographing street scenes, taking portraits, and capturing the details of the buildings you come across. A mid-range lens, like a Nifty Fifty, does a good job at a lot of things in an urban environment, and might be the only lens you need for the images you seek.

Don’t forget to take a monopod or tripod, various filters (polarizers, neutral density, UV), plenty of batteries and memory cards, and maybe an external flash if you think you’ll need fill light or will be taking close-up portraits. Being well-prepared, and having a solid plan, while taking the other tips we’ve explored here, will give you a good start on your urban photography adventures.