A Different Take on Wildlife Photography: Using a Wide-Angle Lens 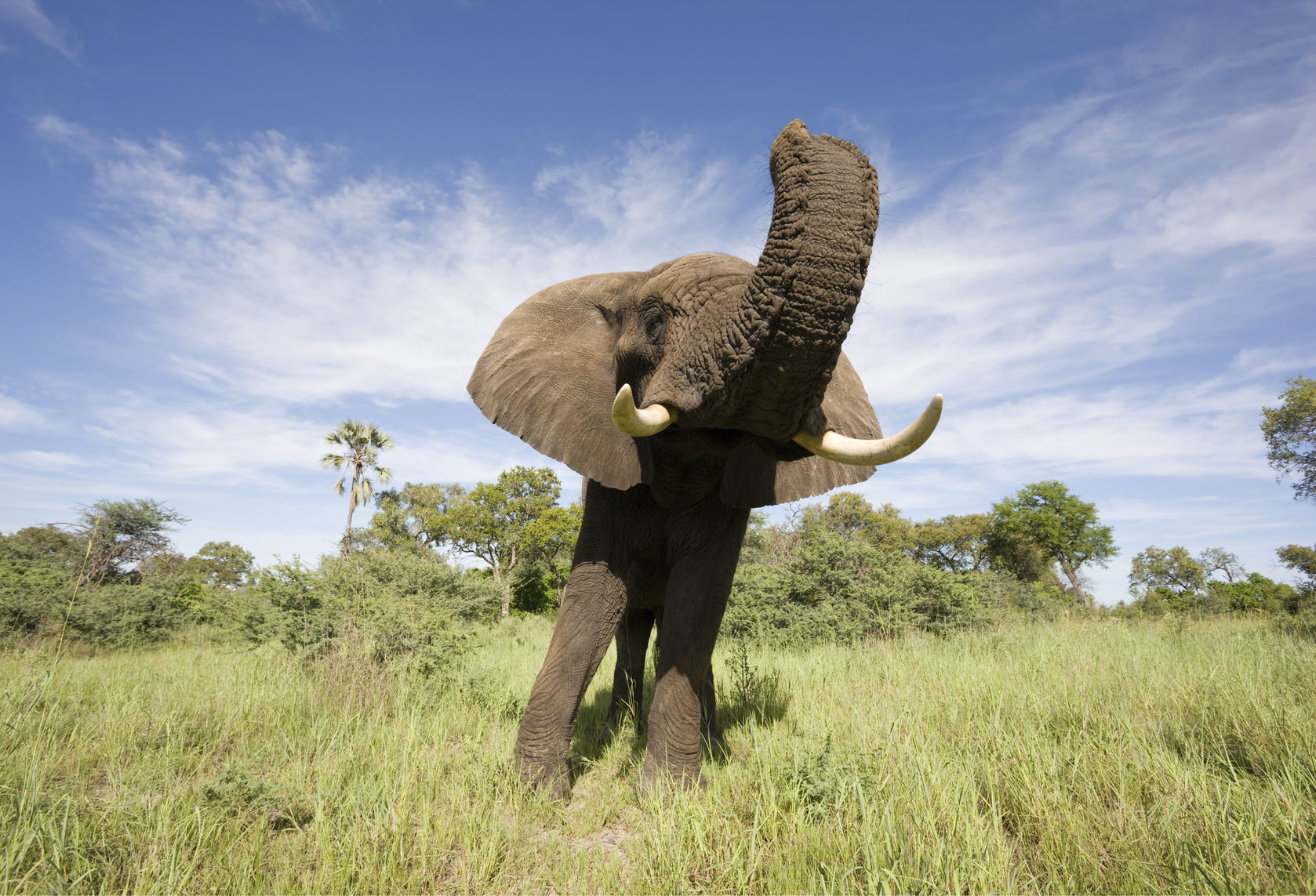 If you took a poll and asked people, “What kind of lens do wildlife photographers typically use?” the chances are that an overwhelming majority of respondents would say a telephoto lens.

While telephotos are indeed the go-to choice for most wildlife photographers, there are plenty of opportunities for excellent photos at the other end of the focal spectrum.

Wide-angle lenses give you a totally different perspective on the life of the animals you’re photographing and their relationship to the environment that surrounds them. Naturally, using a wide-angle versus a telephoto lens will require a bit of a reboot in terms of your thinking and approach. Here’s how to do that.

The most obvious gear you’ll need are your camera and a wide-angle lens. Don’t be afraid to go really wide here - something like a 14mm prime can get you great results. But, if a prime doesn’t suit your fancy, try a zoom lens that opens nice and wide, like an 18-35mm. The point is to give yourself the focal length you need to get the wide point of view you want.

Aside from that, a tripod is a necessity so you’re sure to get the most stable, clear shots. Consider taking along a small travel tripod that allows you to set up at ground level. You’ll find that’s a handy solution for photographing small critters like chipmunks, marmots, meerkats, and the like.

It’s also a good plan to outfit yourself with a high-quality remote shutter release. Look for something that utilizes radio signals which don’t require a line of sight to work. Radio-based remotes also have a range well over 100 yards, so you can set your camera up and find a hiding spot, yet still be able to fire your shutter.

Dial in the Settings 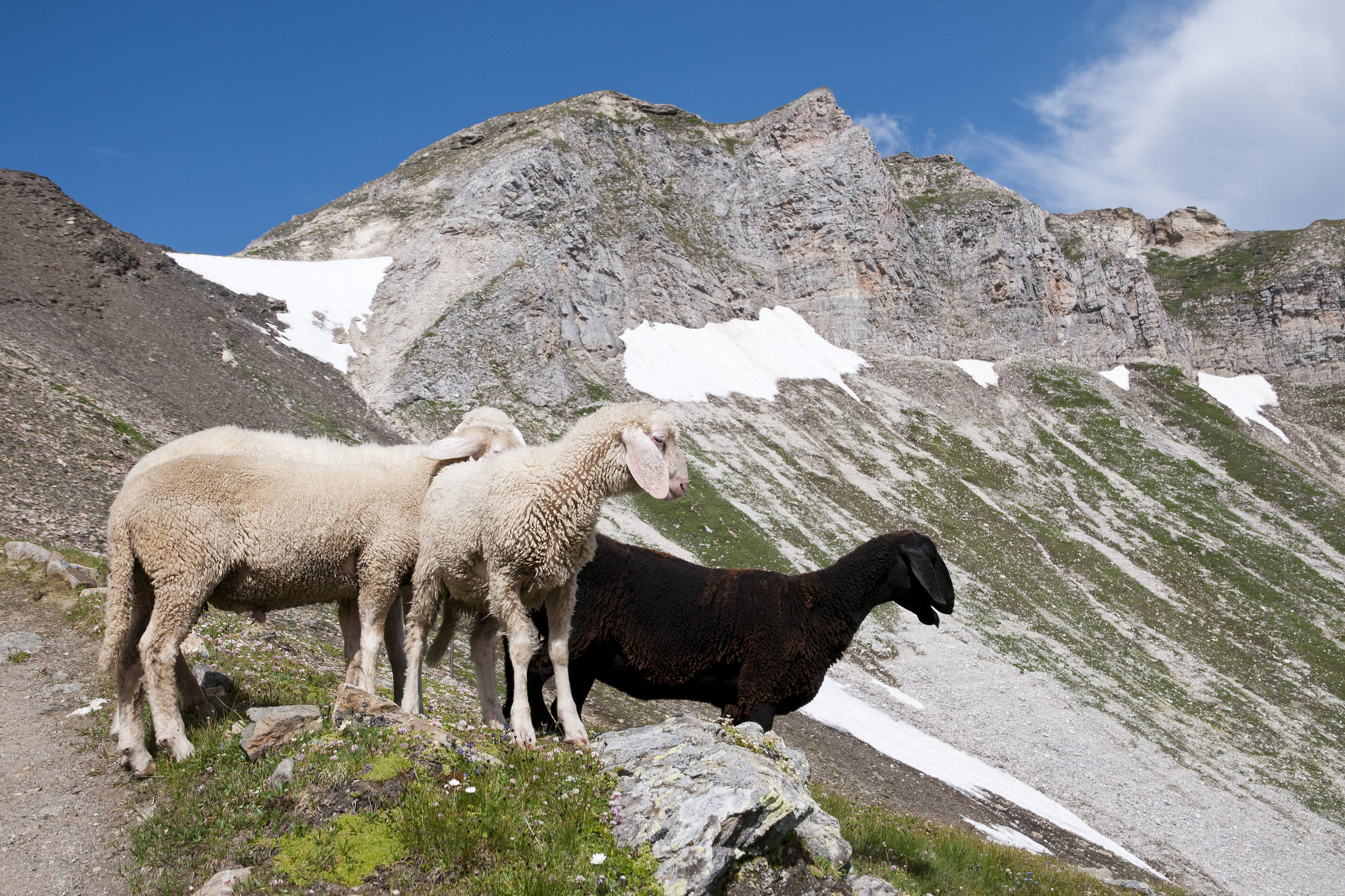 Clearly, the conditions in which you are shooting will dictate the precise settings you use, but a good place to start is aperture priority mode so your camera can easily adapt to changing light conditions. Choose an aperture that’s in the mid-range, say f/8, so you’re sure to have an opportunity to get clear images whether the animal approaches your camera up close or stays a good distance away. Adjust the aperture as the lighting and compositional needs of your shots change over the course of the shoot.

Additionally, set your focus to manual mode. This will give you more leeway in terms of where to set the focus rather than relying on your camera to do the work. Nailing down the focus point will take some time and practice, but once you get the hang of it, you will be able to get sharply focused images. Also consider shooting in continuous or burst mode. Doing so will give you a better chance of getting at least one image that is a winner. 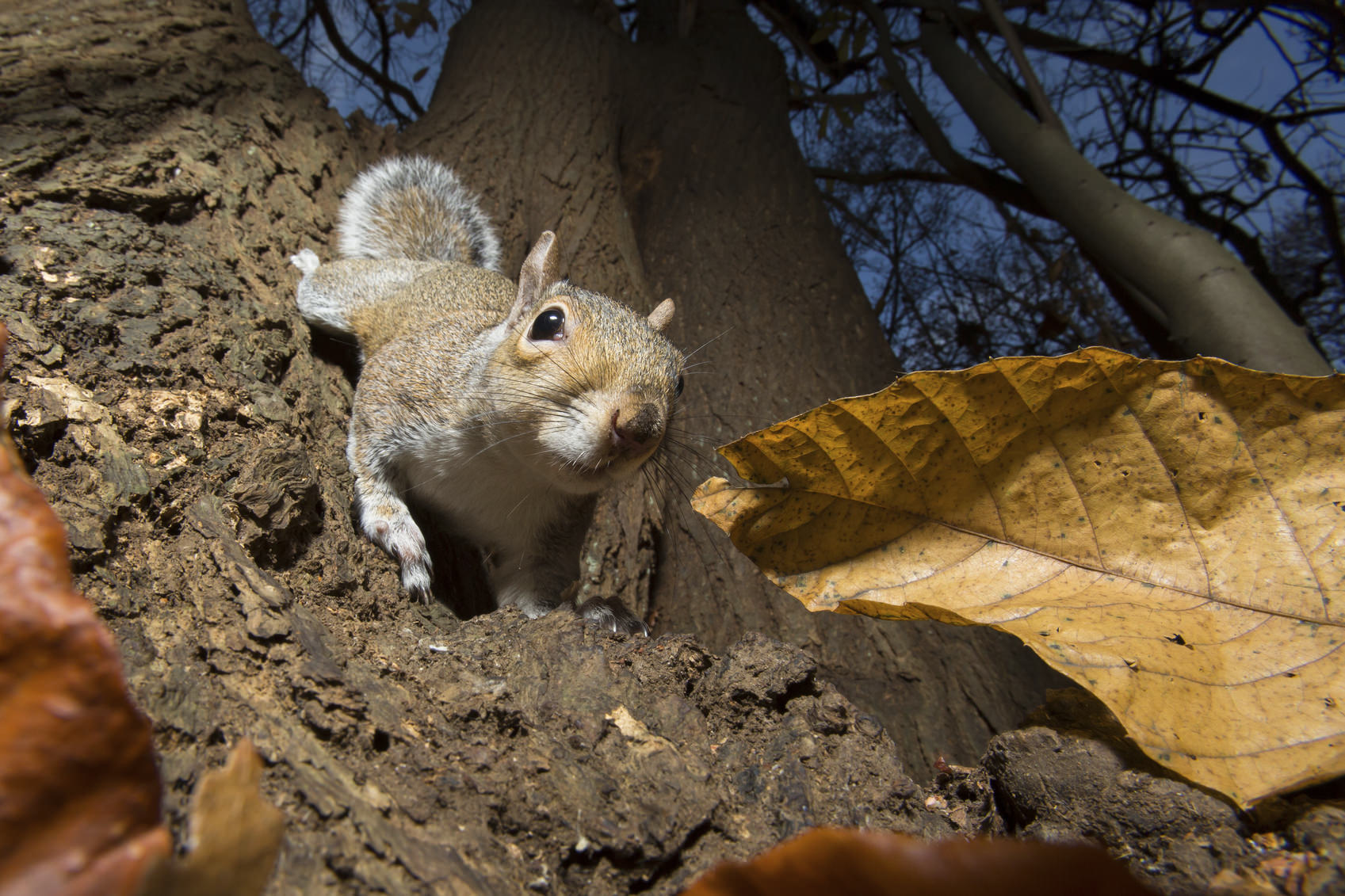 Since you have such a large angle of view, composing wildlife shots with a wide-angle lens is a bit different than if you were composing a shot with a telephoto lens. The latter generally takes the form of a closely cropped image that focuses in on the details of the animal. The former allows you to capture the entire animal and its surroundings simultaneously, thus giving you a greater ability to tell the animal’s story.

With that in mind, a very low perspective like that mentioned above is a good place to start. By placing your camera near the ground, you give viewers a seldom seen perspective into the world of wildlife. The world becomes a more unique place when seen from the point of view of something like a squirrel, not to mention that when viewers are below the eye level of the animal, it makes the animal feel much larger than life. That, in turn, makes for a much more dynamic and interesting image, one that grabs the viewer’s eye and holds their attention for a longer period of time.

Conversely, shooting from eye level or a perspective from even higher up will likely result in an image that looks empty. Though you might be able to show off the animal’s surroundings from those perspectives, it will be difficult to make the animal large enough in the frame (unless it’s a very large animal or your camera is very close to it). If your subject is small, get as low as you can. If your subject is large, you can probably pull off a wide-angle shot from a higher point of view. 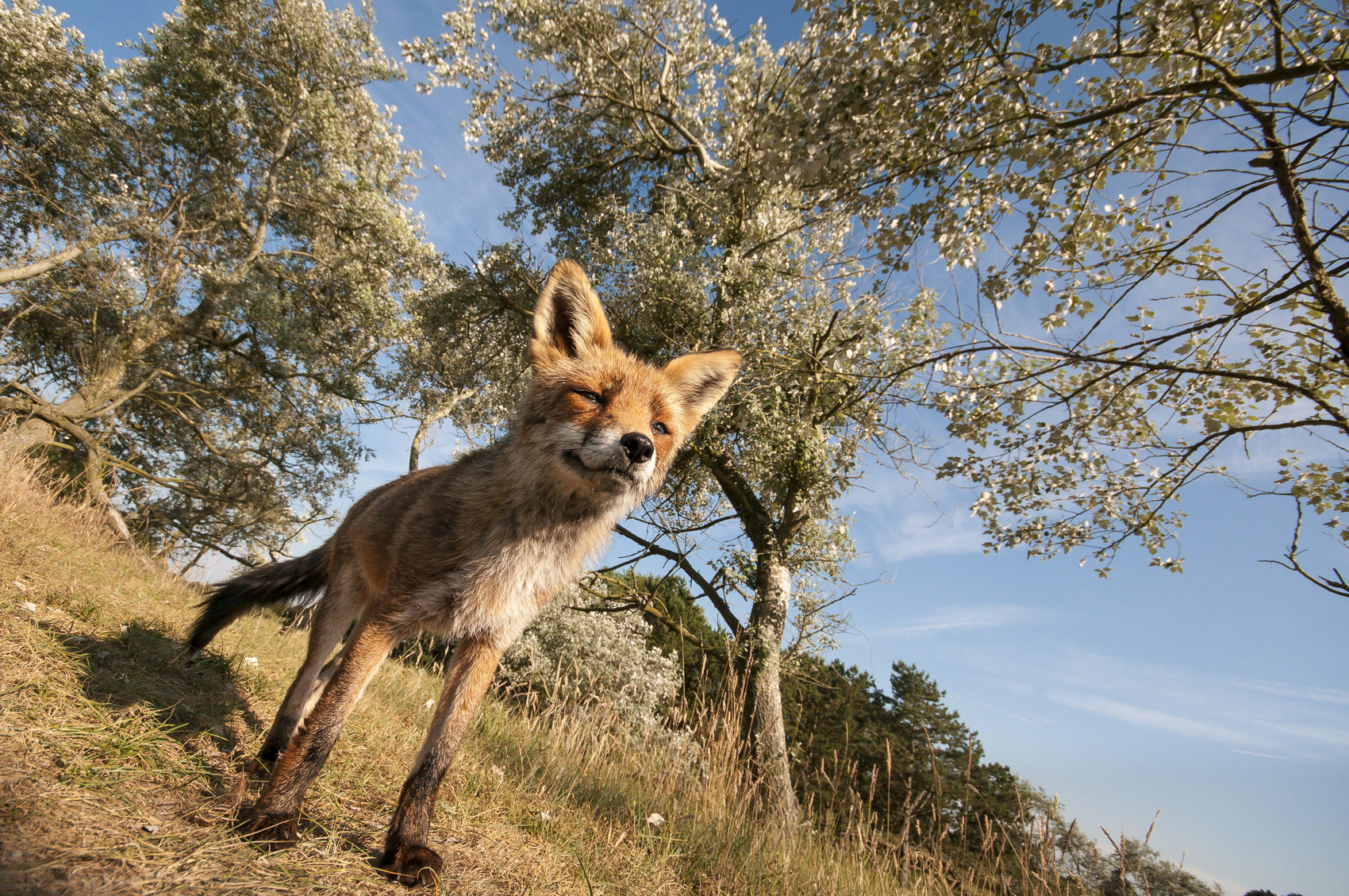 One of the reasons why so many wildlife photographers rely on telephoto lenses is to ensure they aren’t disturbing or harming the wildlife they photograph. Naturally, with a wide-angle lens, you have to be much, much closer to the animals you seek to photograph, and with that, is an increase in the likelihood of disturbing the animal or causing it undue stress. 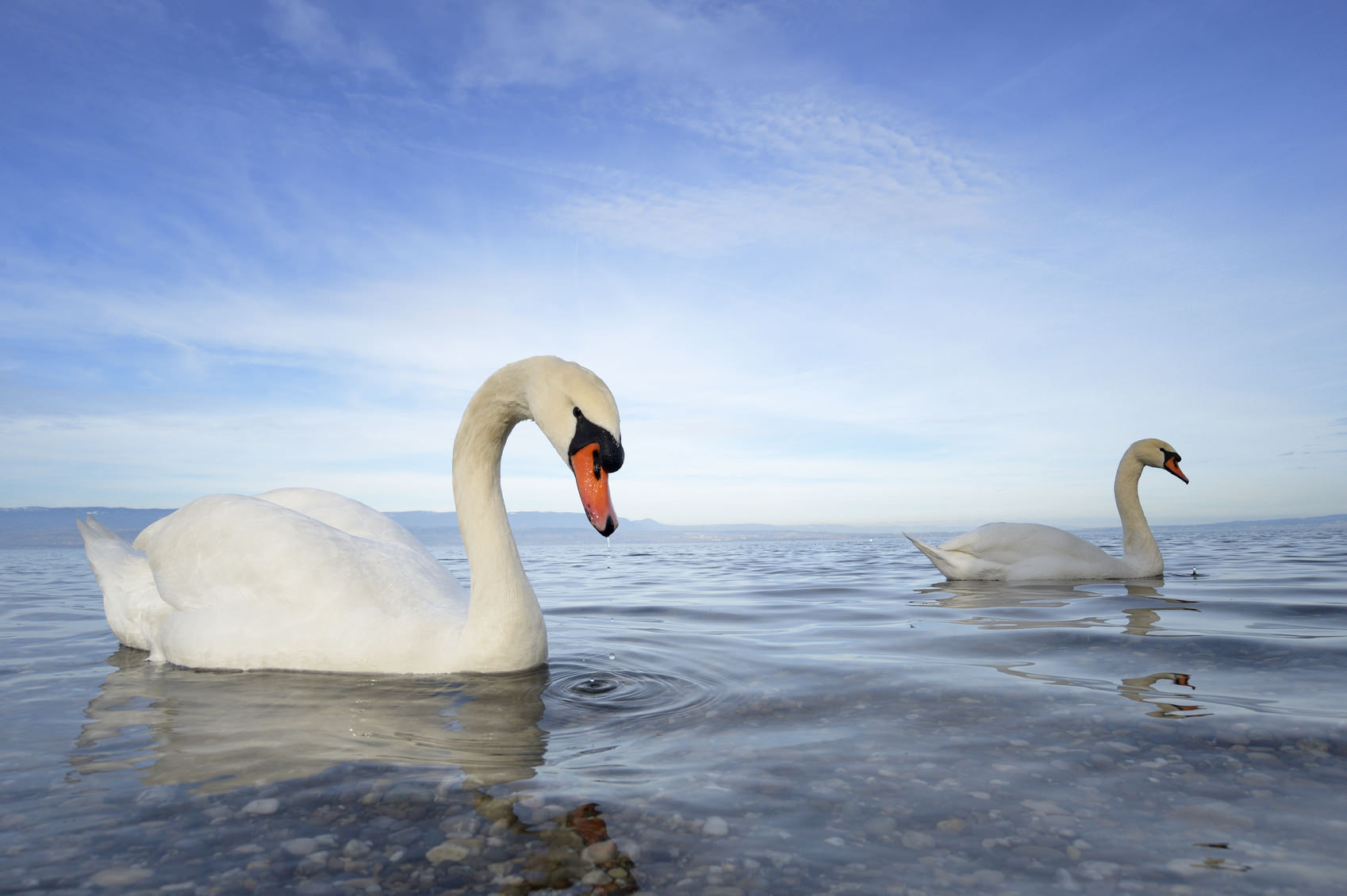 When using your wide-angle lens for wildlife photography, it is imperative to do so in an ethical and responsible manner. Do not disturb the animal or its routine. Avoid using a flash as flashes are detrimental to many species of wildlife. If you wish to photograph a nest, avoid a wide-angle lens in favor of a longer focal length, as your presence at the nest can cause the young a great deal of stress, and might even result in the parents of the young to flee and abandon their brood. Also be smart about your safety, and understand the dangers you face when getting close to wildlife.

Having said that, some animals are highly approachable, perfectly comfortable around human beings, and don’t pose much if any danger. Squirrels or pigeons in the park come immediately to mind. Regardless of the subject matter, a wide-angle lens affords you a much more interesting perspective on animal life. The key is to use your wide-angle lens in a manner that captures the beauty of the animal without causing it (or yourself) harm.