A Step-By-Step Guide to Using Lines 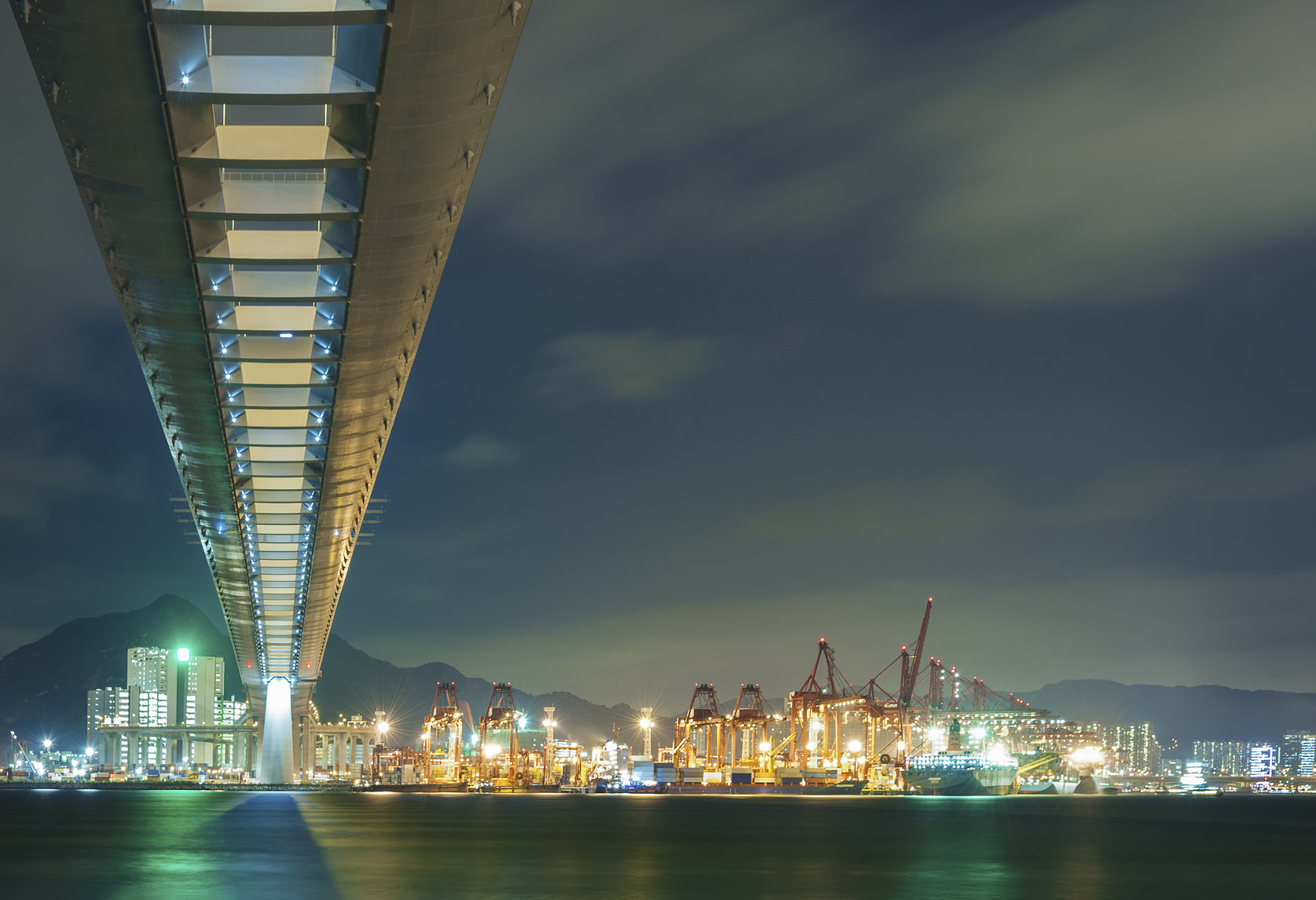 Lines are everywhere, from natural elements like the horizon line in a landscape shot to manmade elements like the stripes painted on the street to indicate a crosswalk. Lines take various forms too - vertical or horizontal, converging or diagonal - and each brings something a little bit different when included in a photograph.

Though they all have slightly different effects on an image’s composition, one thing is constant: lines improve the composition of just about any image. They help grab the viewer’s attention and direct their eye from one position in the image to another. In this tutorial, we will explore the different types of lines you can include in your photos and explain the ways in which each type of line can make your image better. 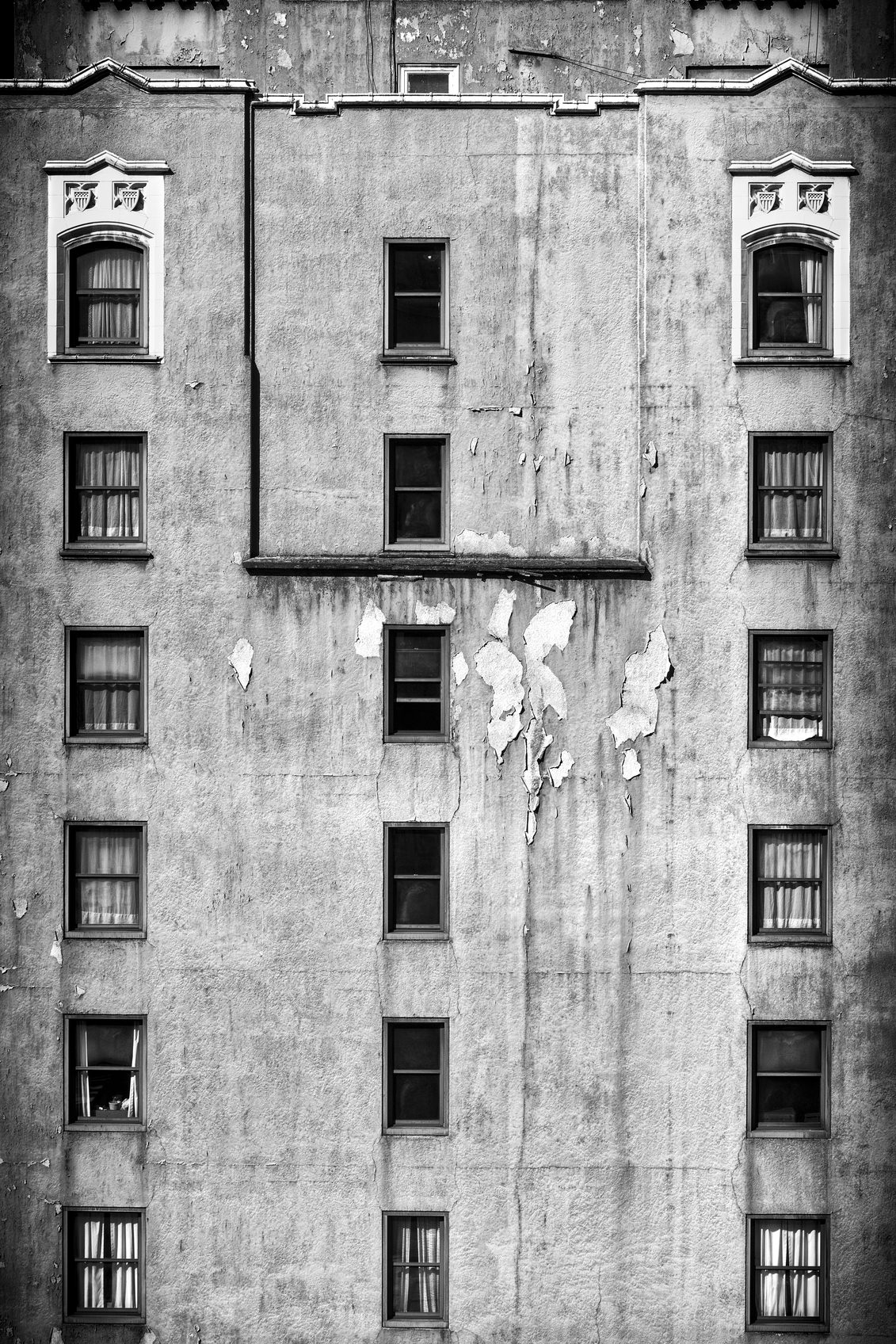 One of the primary benefits of vertical lines is that they help stretch the image and emphasize the height of your subject. This is ideal for cityscapes for obvious reasons. In the image above, the vertical lines created by the columns of windows accentuates the height of the building. It also helps create some visual tension: the orderliness of the lines of windows is in direct opposition to the crumbling, run-down look of the building’s facade. 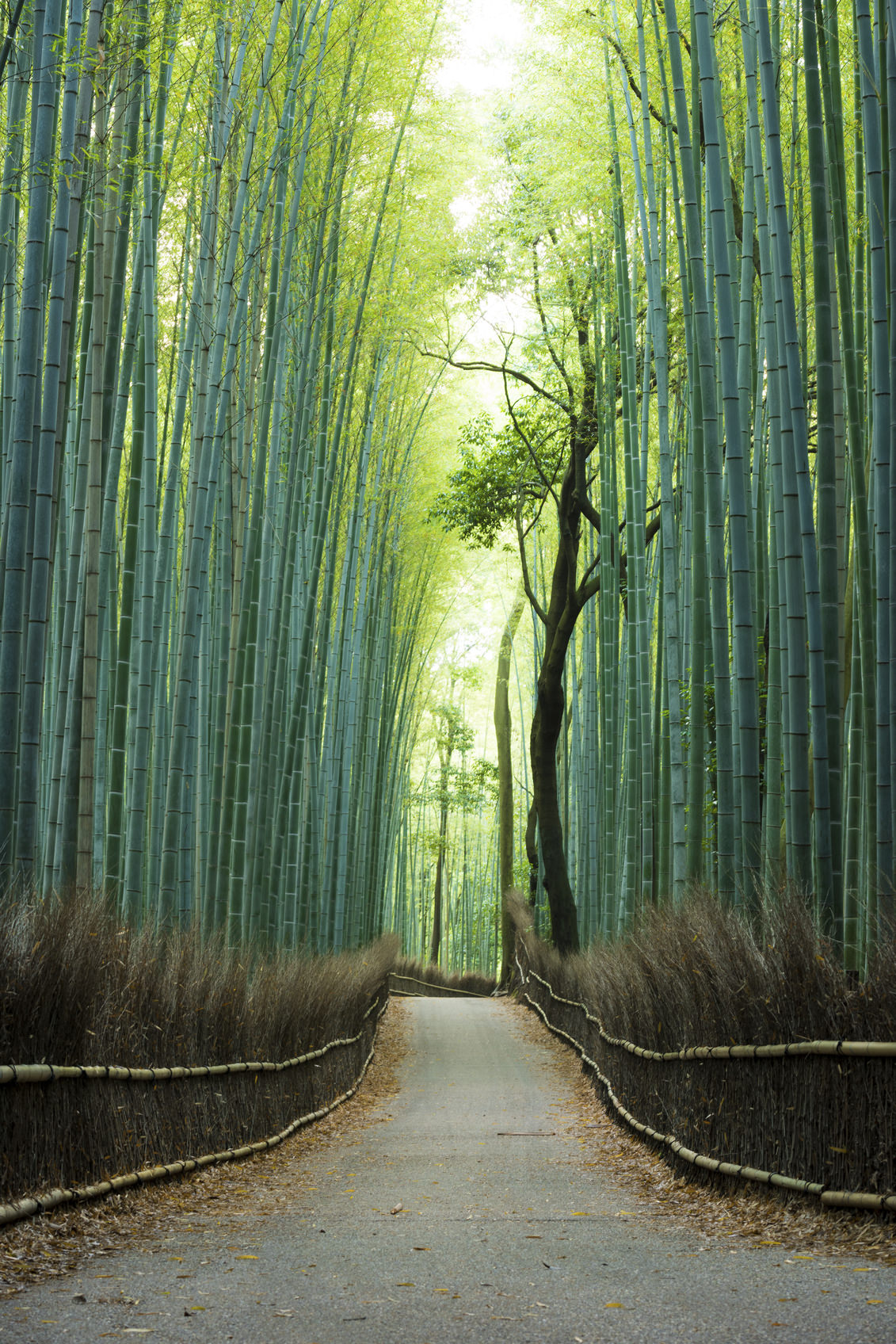 In a natural environment, vertical lines emphasize the height of the subject as well, in this case, the stands of bamboo. The vertical lines also help the viewer understand something else: an idea. When photographing natural elements like trees, strong vertical lines aren’t just advantageous for highlighting physical concepts but also for symbolic things like growth or adventure. In this image, the lines extending upward amongst the bamboo strongly represents growth and nature, while the juxtaposition of those lines with the leading lines of the path give the image a sense of adventure as well.

Quick tip: Regardless of your subject matter, when shooting vertical lines it is recommended that the lines align with the edges of the frame to the greatest extent possible. There are situations in which you won’t be able to accomplish this (i.e. shooting upward at a tall building), but if you can photograph the lines straight on, as was done in the sample images above, you will have a much stronger composition with greater emphasis on the lines themselves. 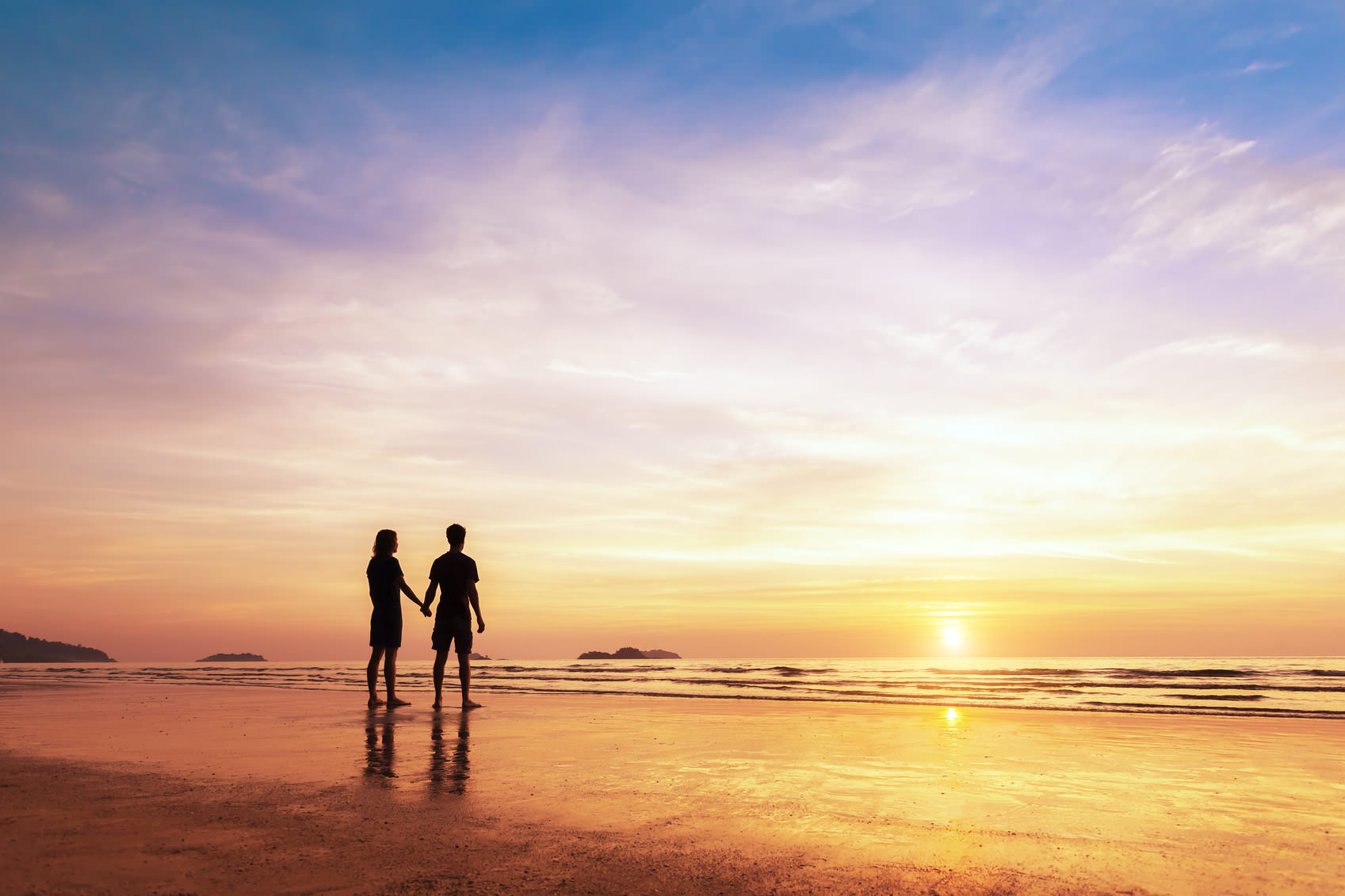 Unlike vertical lines, horizontal lines tend to be less indicative of things like growth and adventure and instead instill feelings of calm and harmony. They also tend to serve as a dividing point in a photo. Take, for example, the horizon in the photo above. It serves as a line of demarcation between the ocean’s surface and the sky and helps the viewer’s eye break the image into those distinct areas.

Note as well the most important feature of a horizontal line - that it is absolutely horizontal in the frame. If a line is not perfectly parallel with the edges of the frame, the value of having the line will be totally lost. Just imagine how hard it would be to view the image above if the horizon rose or fell as your eye moved from one side of the image to the other. 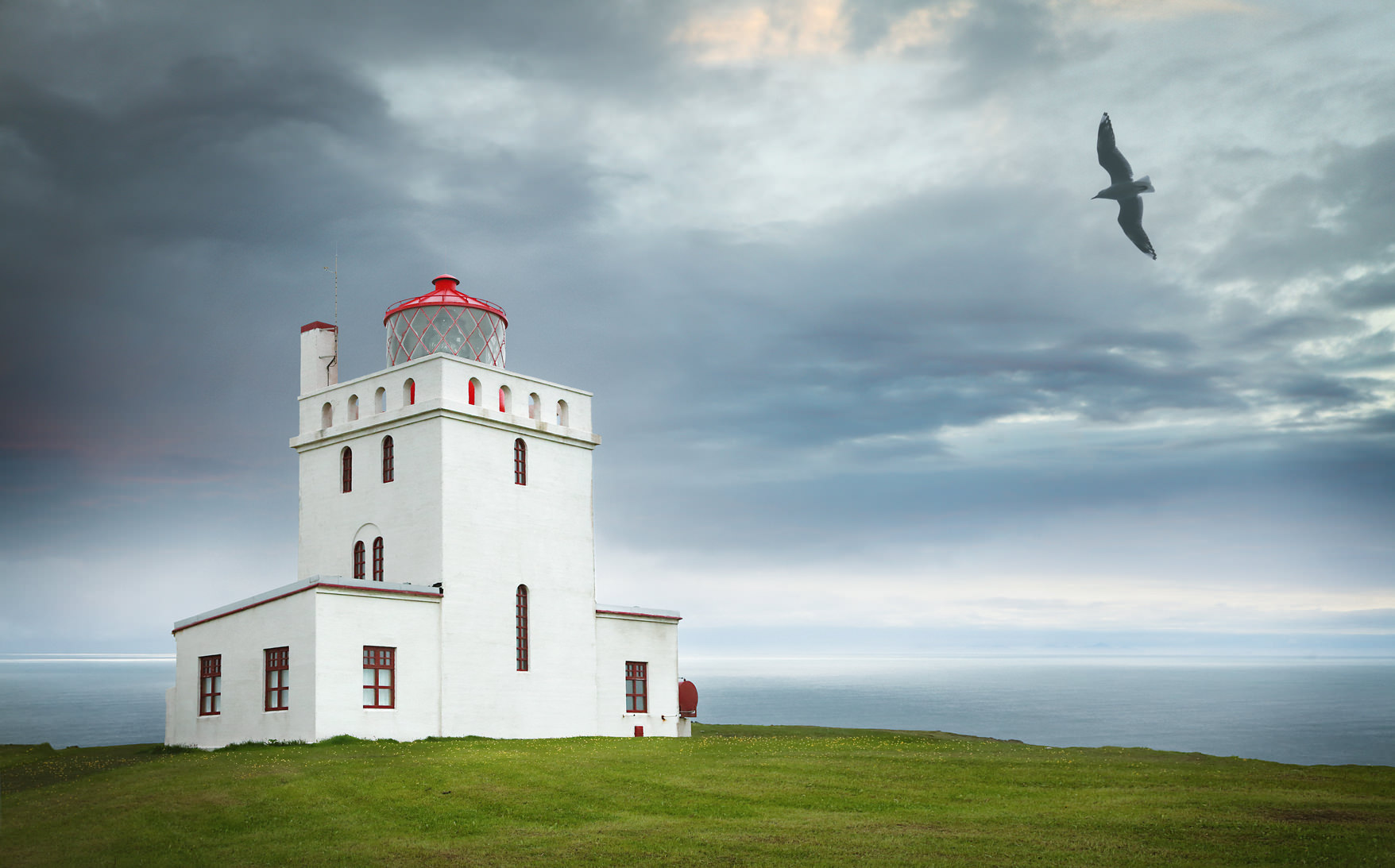 When using horizontal lines, also bear in mind their continuity. An uninterrupted horizontal line can appear to be a bit too static and boring, so including something to break up the line is often helpful. In the image above, the lighthouse does just this and gives this image a strong focal point as well. Also note the placement of the horizontal line in the image above - in this case, it is shifted downward. Generally speaking, when you include a single horizontal line, it’s best to shift it above or below the center point of the image, otherwise the image will feel cut up and unbalanced. 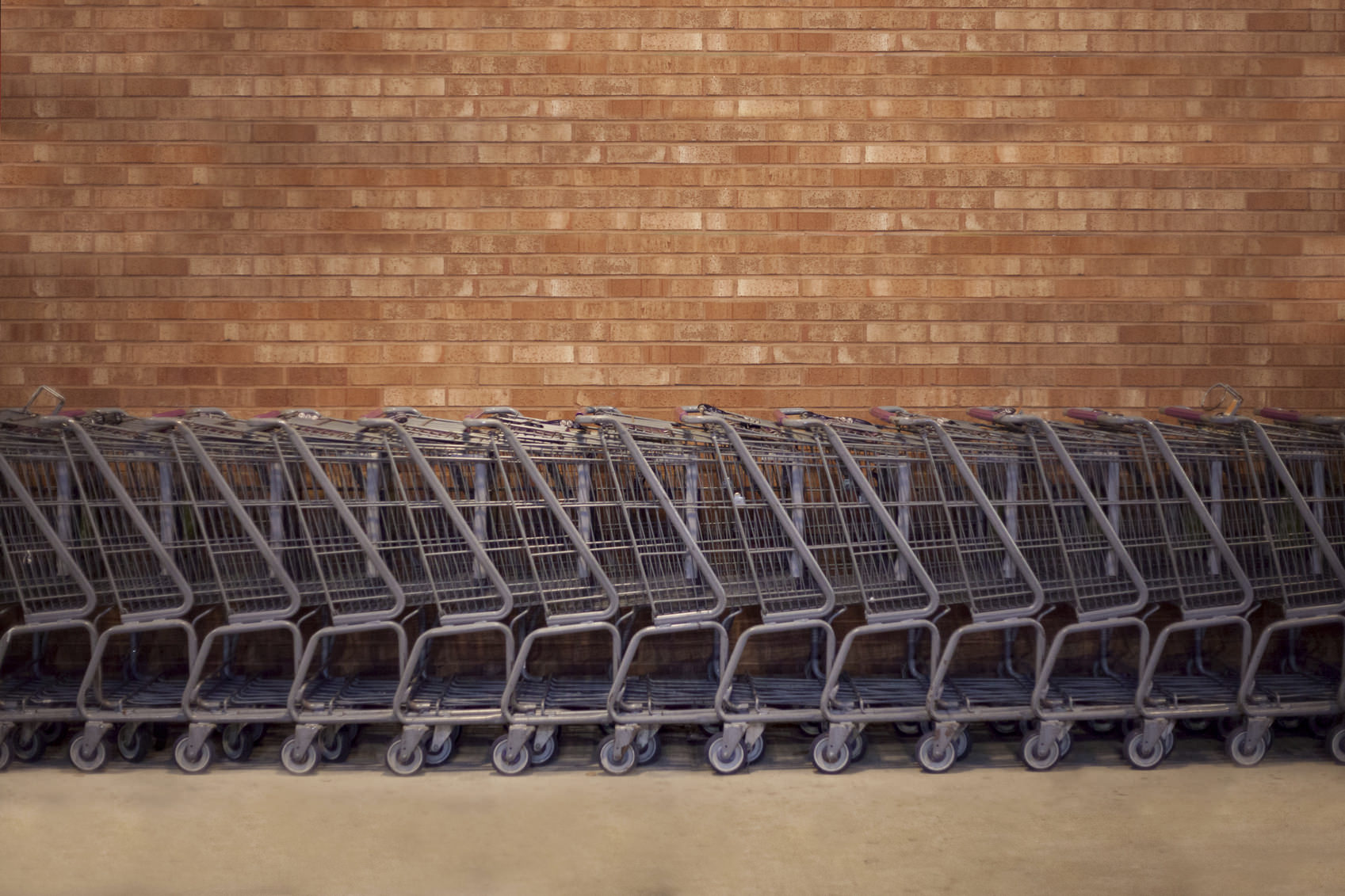 Quick tip: Lines do not have to be obvious. In the image above, the shopping carts create a strong horizontal line in the frame, but the more subtle lines of the brick wall behind the carts is what gives the image extra dimension, texture, and visual interest. 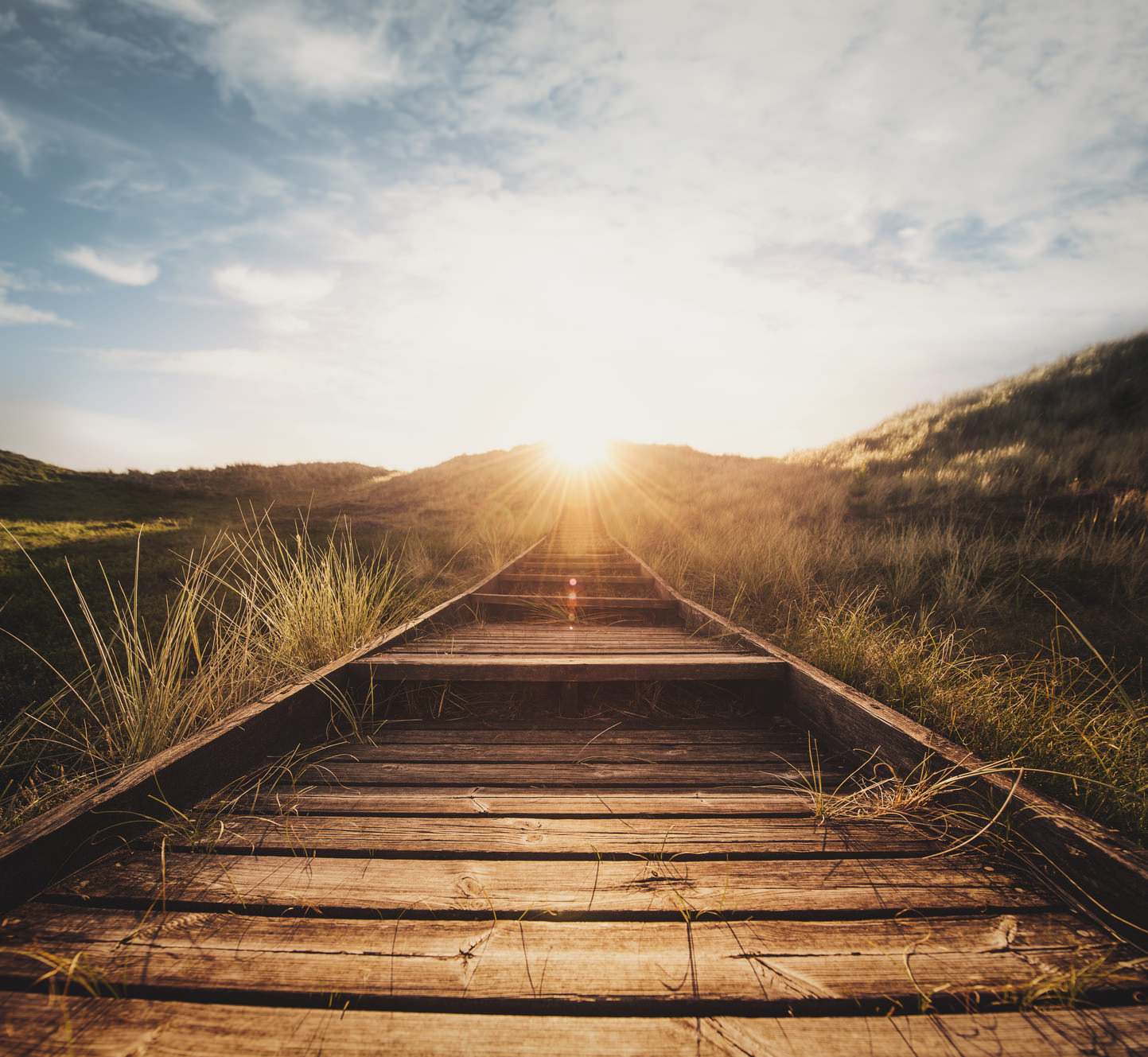 When it comes to leading the eye of the viewer from one point to another in a photograph, it’s hard to beat converging lines. These types of lines are most commonly associated with train tracks - the lines, though parallel, appear to get closer to one another in the distance, which is an ideal focal point for a photograph. The natural tendency for a viewer’s eye will be to follow the lines from the bottom of the image upward until they disappear into the background, as is the case in the image above.

Railroad tracks aren’t the only type of converging lines, however. Stairs, roadways, fence lines, and pathways are other possibilities. Regardless of the subject matter, when photographing converging lines, the placement of the convergence is of the utmost importance. Their termination point should align as closely to the rule of thirds grid as possible. Doing so means that the focal point will be one-third above or below the middle of the frame, which is a more interesting composition. But perhaps more importantly, this also means that the focal point of the image is well within the frame - you do not want to lead the viewer’s eye out of the shot.

It’s also important to add something of interest to the point at which the lines converge. In the image above, the lines of the walkway and handrails direct your eye straight to the setting sun. The same is true of the previous image, where the boardwalk directs your eye to the sunset. Landscape elements like these make excellent focal points. Another good focal point for these types of shots is people.

Quick tip: Try using a wide-angle lens when photographing converging lines. This will enhance the distance between the lines in the foreground, making the convergence seem more pronounced. 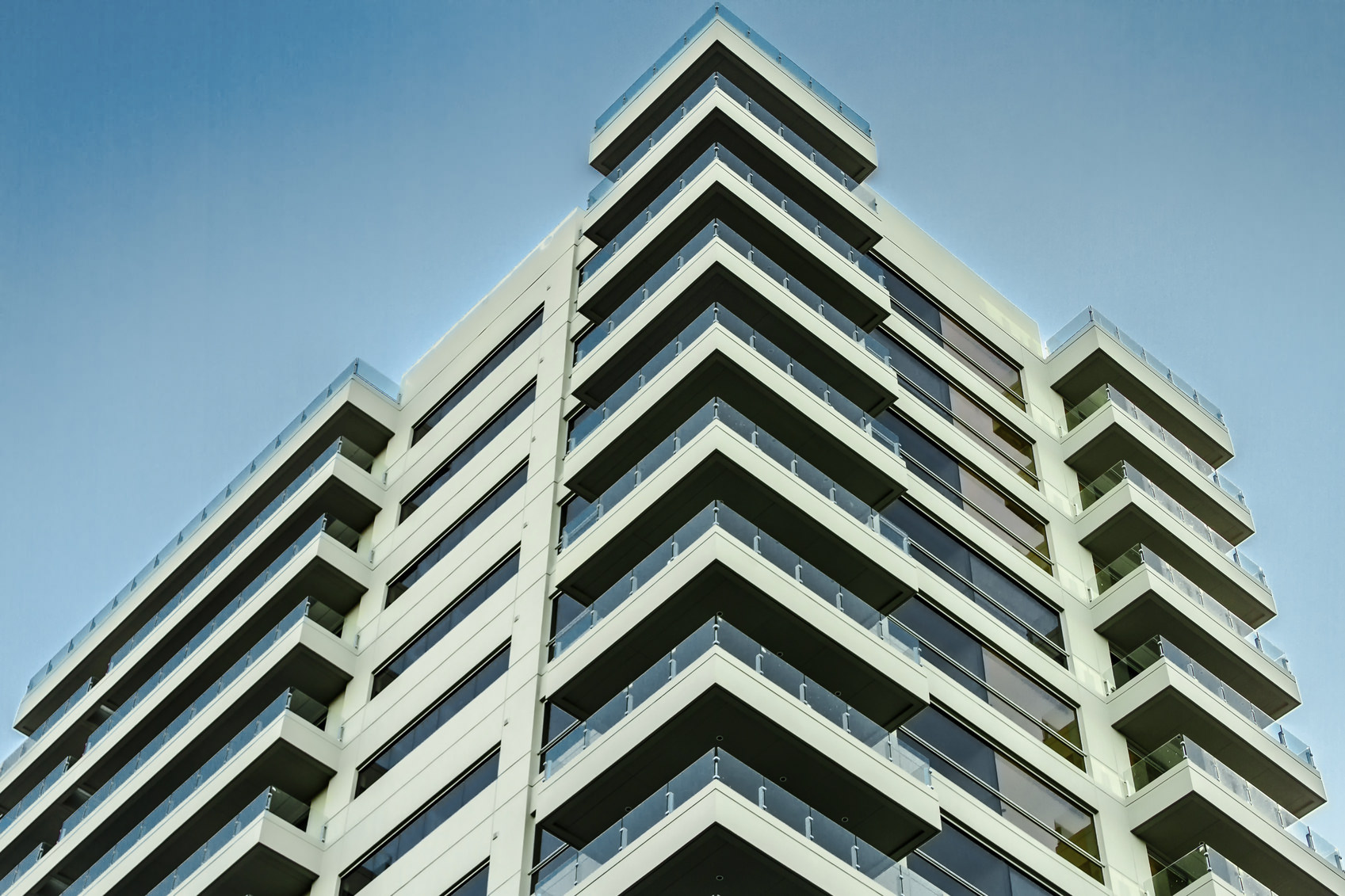 Where converging lines help move the viewer’s eye from the foreground to background, lines on the diagonal help push the eye from one side of the frame to the other. Because of this, diagonal lines typically give an image the feeling of movement, even when the subject isn’t on the move, like the building shown in the image above. There is something about the manner in which the lines cross the field of view on the diagonal that gives the image a more dynamic presence. 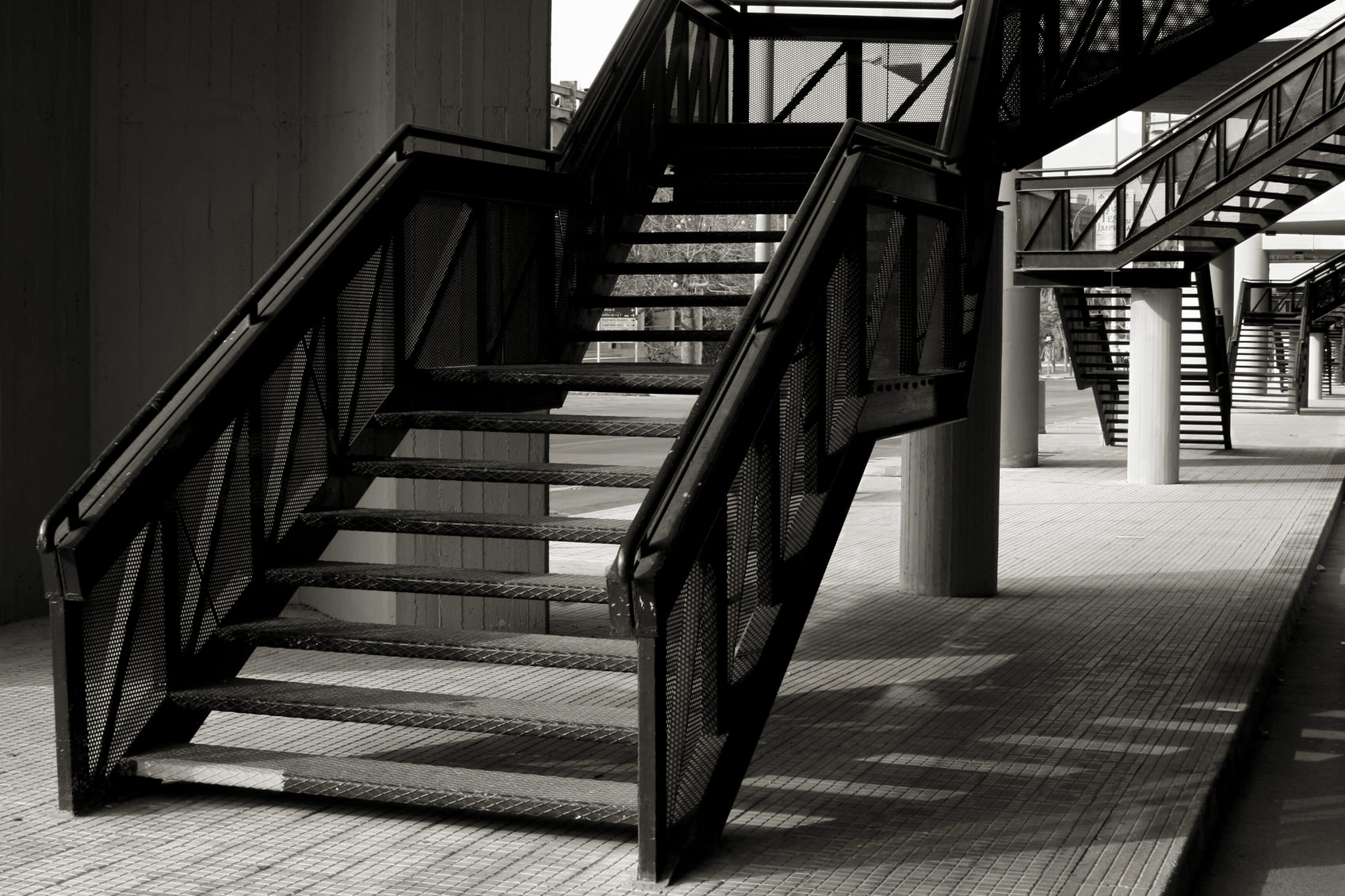 Also worth noting is that diagonal lines help create the perception of depth in an image, especially when they intersect with other lines as they move from one side of the frame to the other. In the image above, the diagonal lines of the handrails on the stairs facilitate movement of the eye from left to right. But the addition of the horizontal lines of the stair treads helps create more depth; the repeating intersection of diagonal and horizontal lines, both in the stairway in the foreground and in the stairways in the background, give this image a lot of dimension. 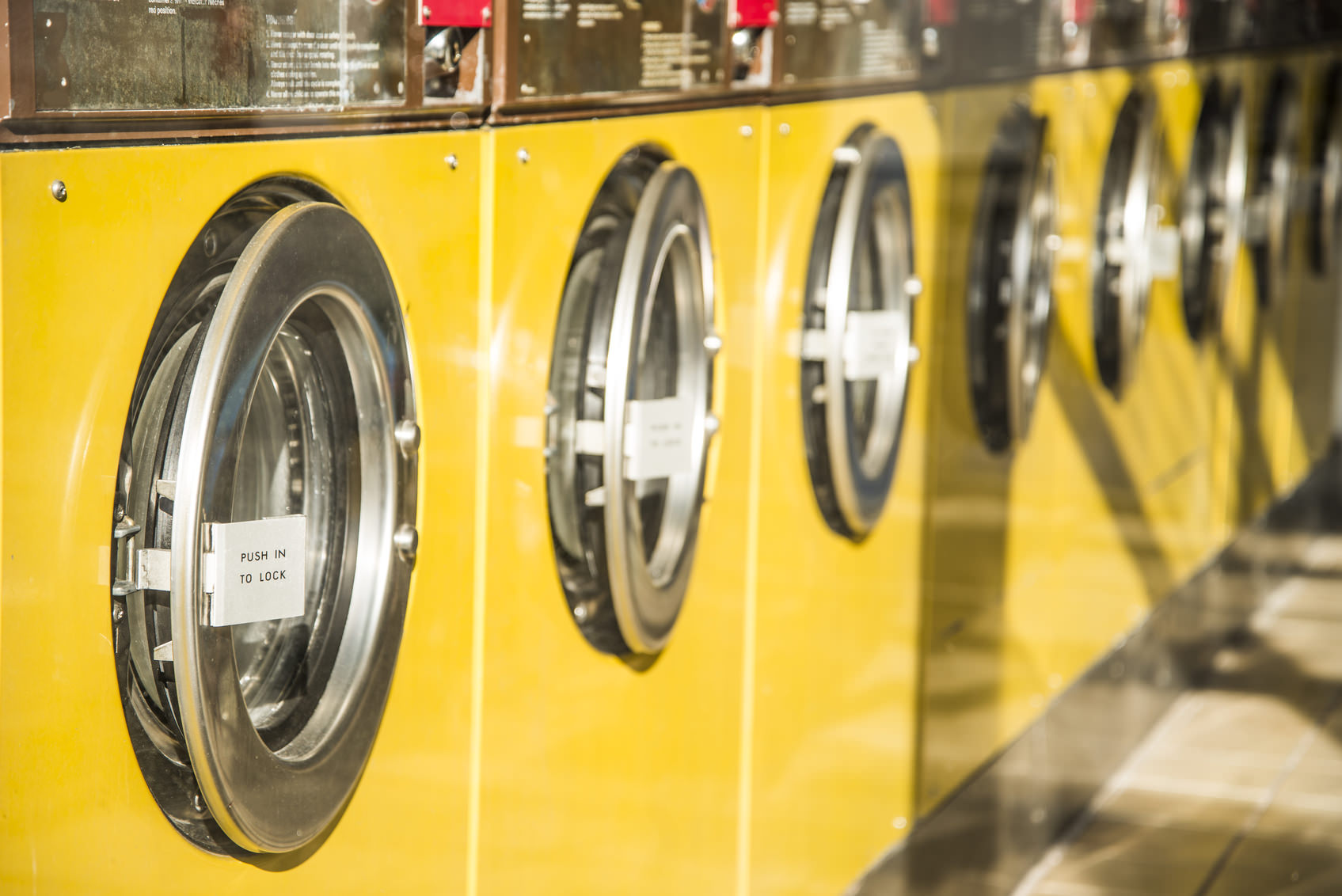 Quick tip: Avoid having diagonal lines run from corner to corner as this tends to cut the image in half. Instead, strive to place your diagonal lines such that they enter and exit at different points, as was done in the image above.

Composing a beautiful and engaging photo takes a lot of work and practice, and requires much more than a few lines here and there. However, if you can master the use of lines, you will add another dimension of interest to your photographs. Whether vertical or horizontal, converging or diagonal, lines will help move the viewer’s eye around and within the frame, and make your point of interest more pronounced. As a result, your viewers will spend more time inspecting the photo and discover all the elements within it that make it engaging to view. 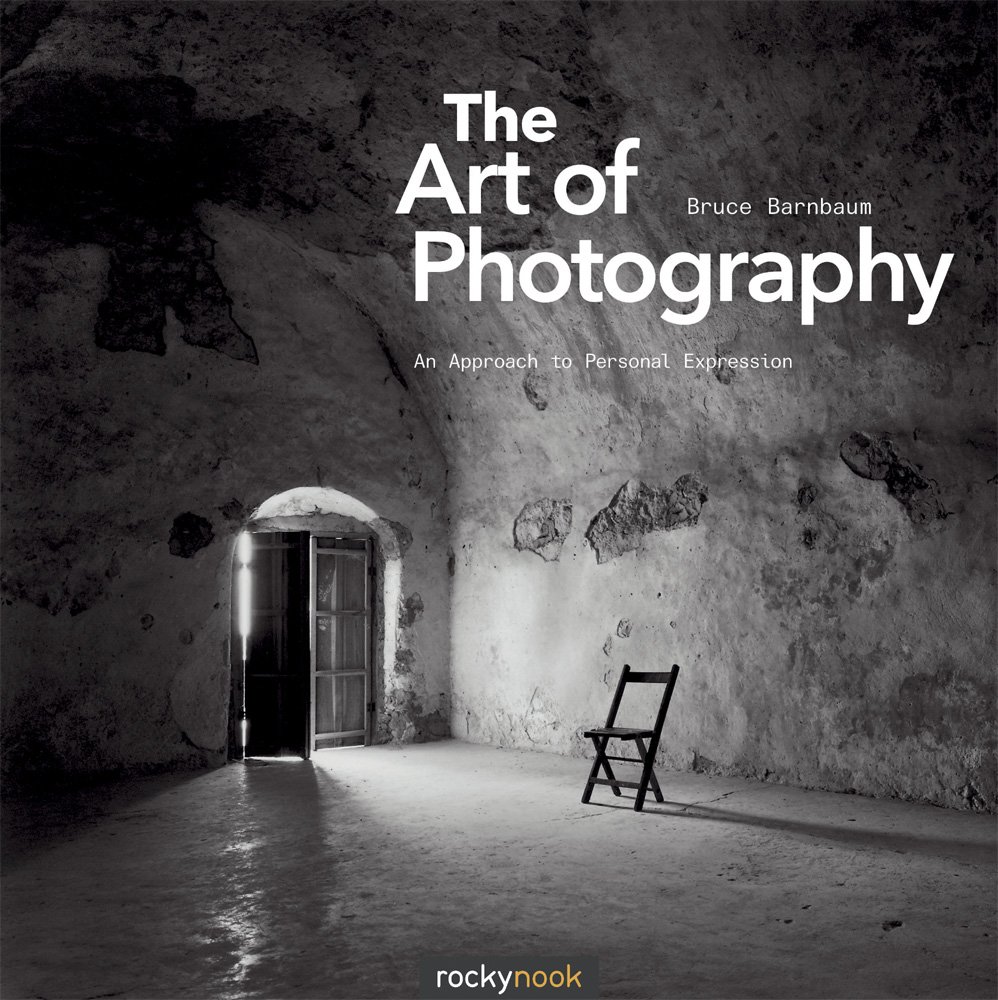 As discussed in this lesson, using lines in your composition will help viewers engage with your image in a more meaningful manner. But lines aren’t the only compositional element that helps you do this. In Bruce Barnbaum’s The Art of Photography, learn about everything related to composition, including light, color, contrast, balance, movement, and a whole host of other factors that impact how your photo is viewed and perceived. Also in the book is an extensive discussion of finding your personal voice as an artist. View dozens of incredible images for inspiration as well. This book is highly recommended for photographers of all skills levels that want to build their repertoire of compositional tools.

You asked, and we listened! New on PhotographyTalk is a complete list of vendors that we highly recommend. Whether it’s a tripod or time lapse gear, camera bags or drones, whatever you need to make your photography better, we’ve got a top-notch recommendation to give you. Check out the complete list on our recommended vendors page.