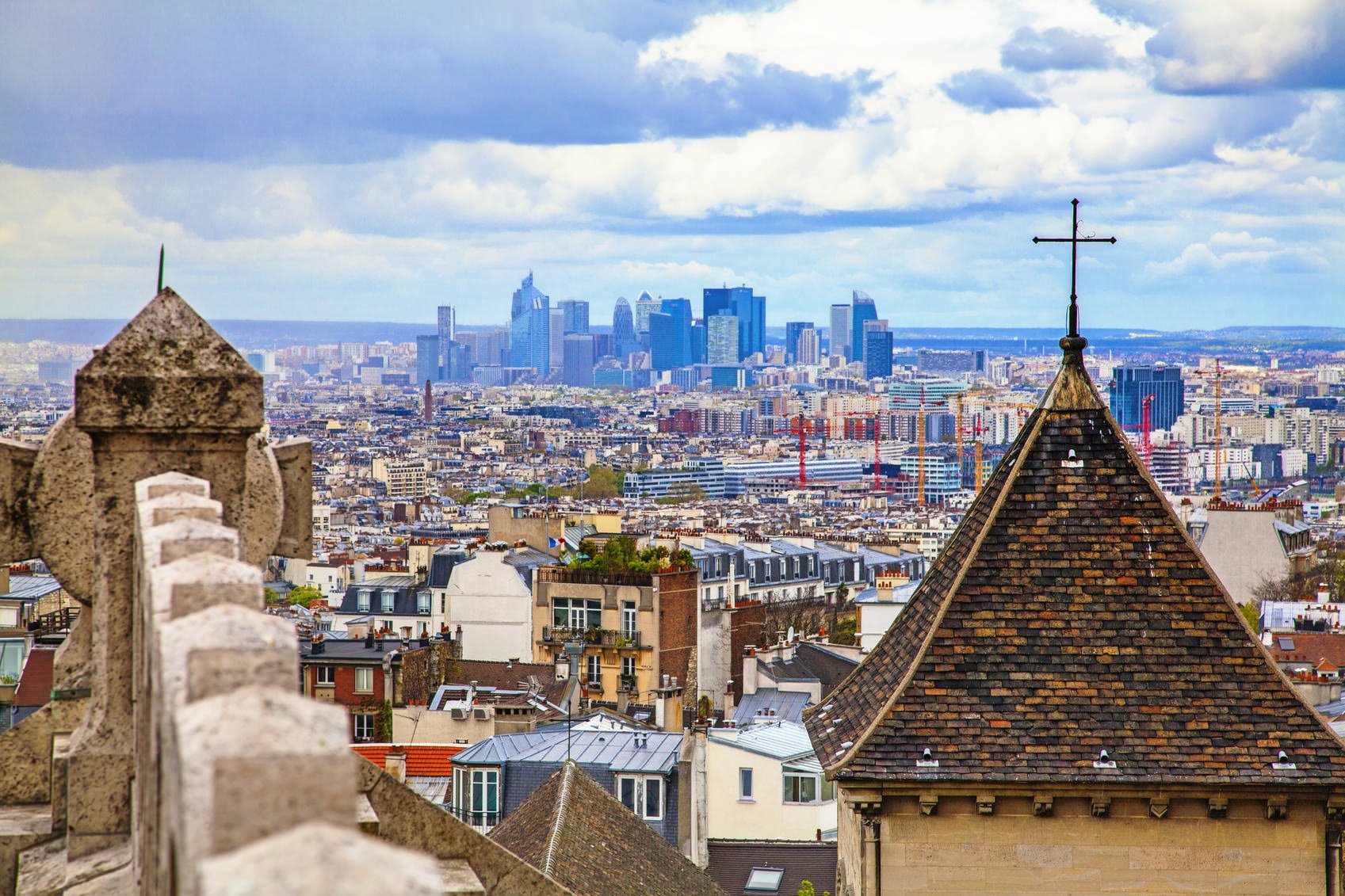 There's nothing quite like an iconic city skyline to inspire a photographer. It's one of the obligatory shots for many of us when we're traveling and even at home, the ever-changing seasons and sky provide new opportunities daily for new photos of those familiar outlines that bring back memories for those who recognize them and striking images that entice others to see them for themselves. That said, taking a photo with that kind of appeal can be challenging, especially when shooting in familiar locations. Let's take a look at a few ways to give your skyline shots more spark.

City skylines can be so dramatic to see that we simply grab a record by shooting as wide as possible and taking that “classic” tourist shot. This is the first habit to break if you want your images to stand out from the thousands of others of that view. Look for a way to create something new and inspiring. Once you've adopted that mindset, the upcoming suggestions will be much easier to remember.

Change Your Point of View 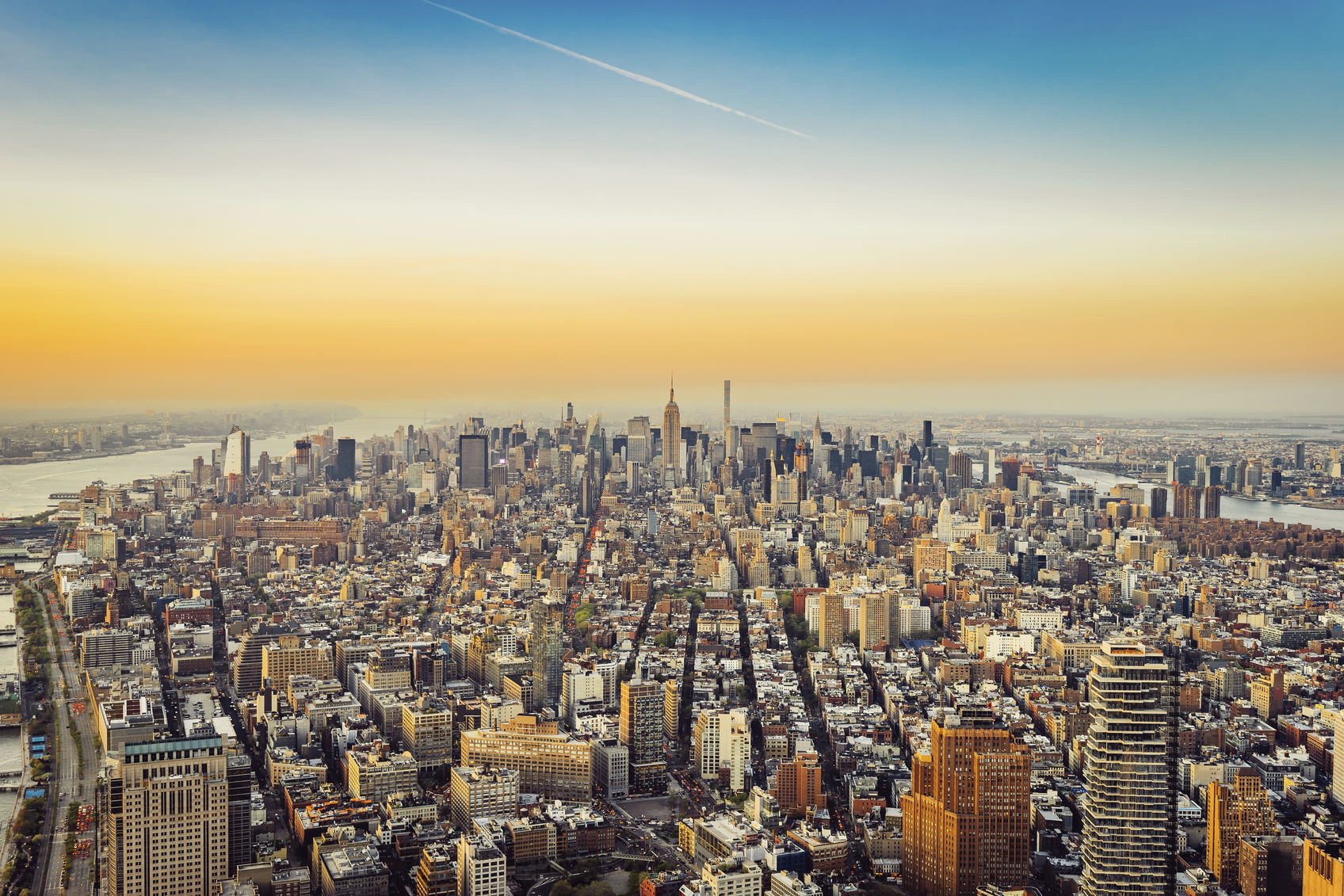 Make an effort to find a point of view that we haven't seen hundreds of times from other photographers. Do a little legwork. Get higher. Get lower. While you're shooting other elements of the locale, take a minute to look back at that skyline and see what it looks like from where you are. Let your viewers guess where you were when you took that shot. 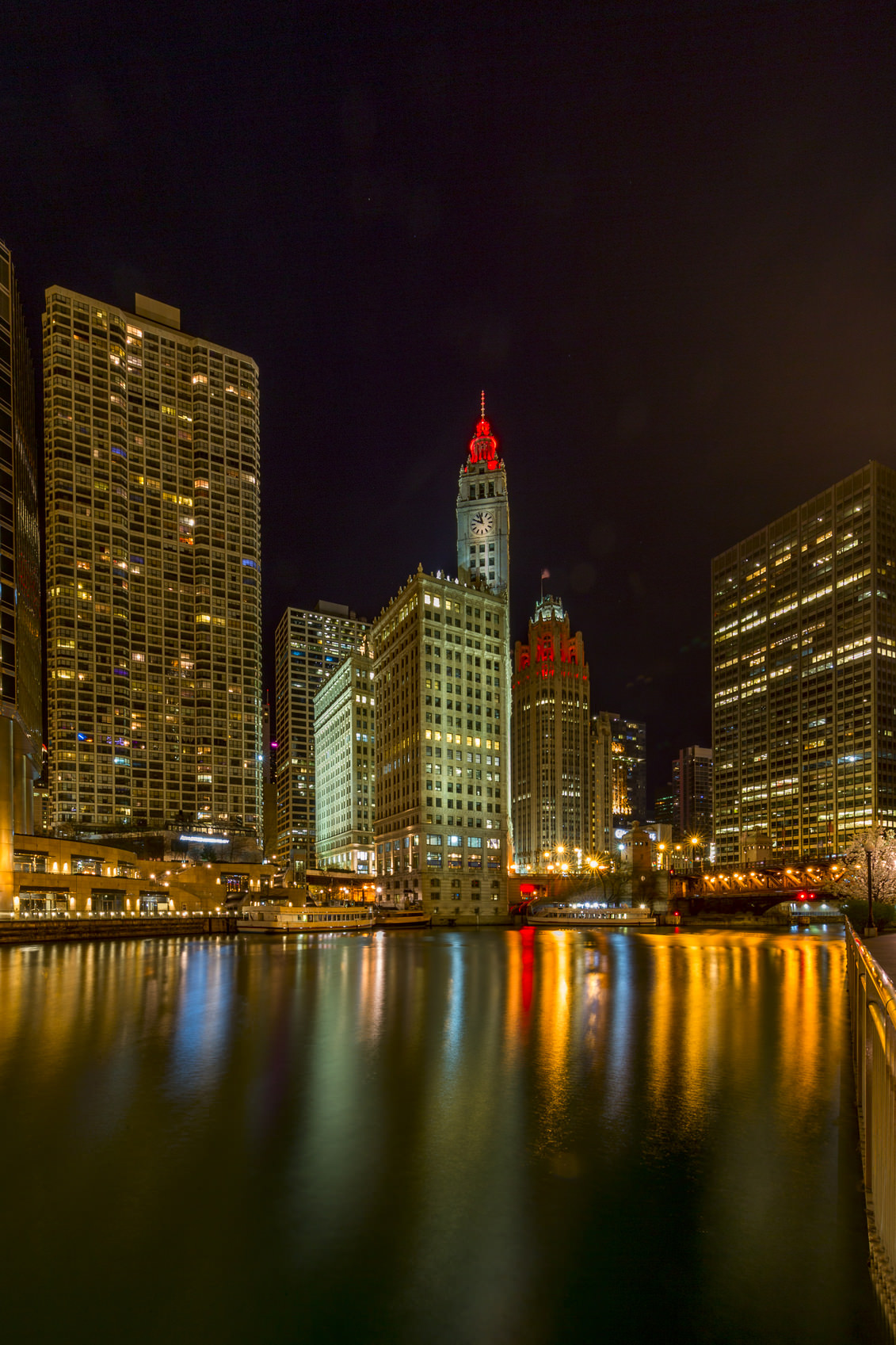 Nothing adds warmth and color to a city skyline like shooting it after dark.  Aside from the obvious enhancement from street lights, traffic and the night sky, you never know when you might catch a special lighting display as some cities are known for.

Naturally, you'll need to be as stable as possible when shooting in the dark. For the traveler, getting caught without a tripod isn't unusual. Here's a good article with some advice on how to stabilize your camera for night shots.

A panoramic format can add great impact to a skyline photo. Your standard DSLR, of course, isn't equipped to handle panoramas as single shots. Instead, you'll need to take multiple exposures and stitch them together with your favorite software. These shots will require a stable setup in any lighting conditions, to facilitate alignment of the images for stitching. 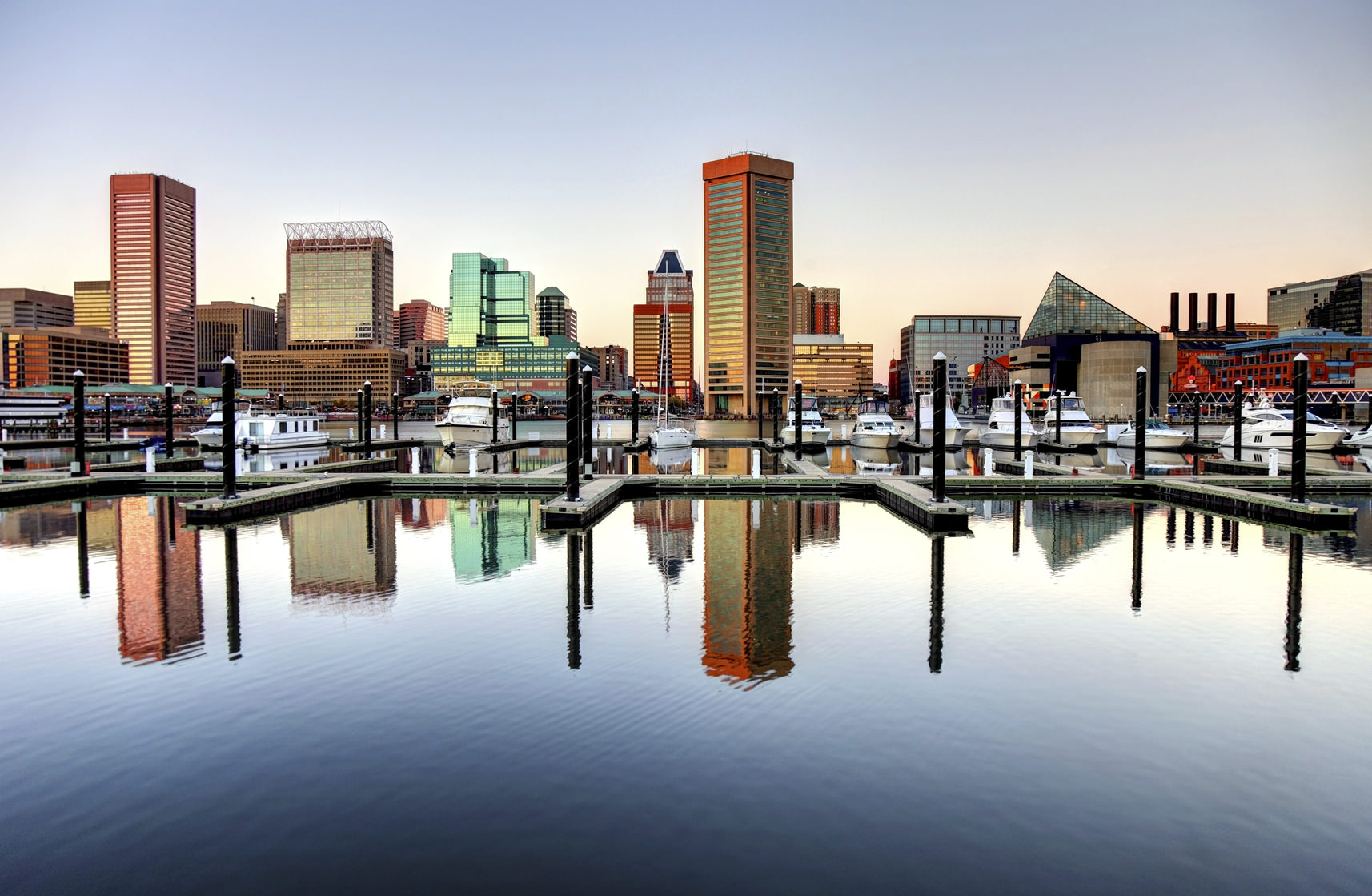 One of the reasons coastal cities are great subjects for skyline photos is the presence of a bay or harbor to reflect that awesome view. The symmetry you can create will add a whole new dimension to the image.

Make it a Background 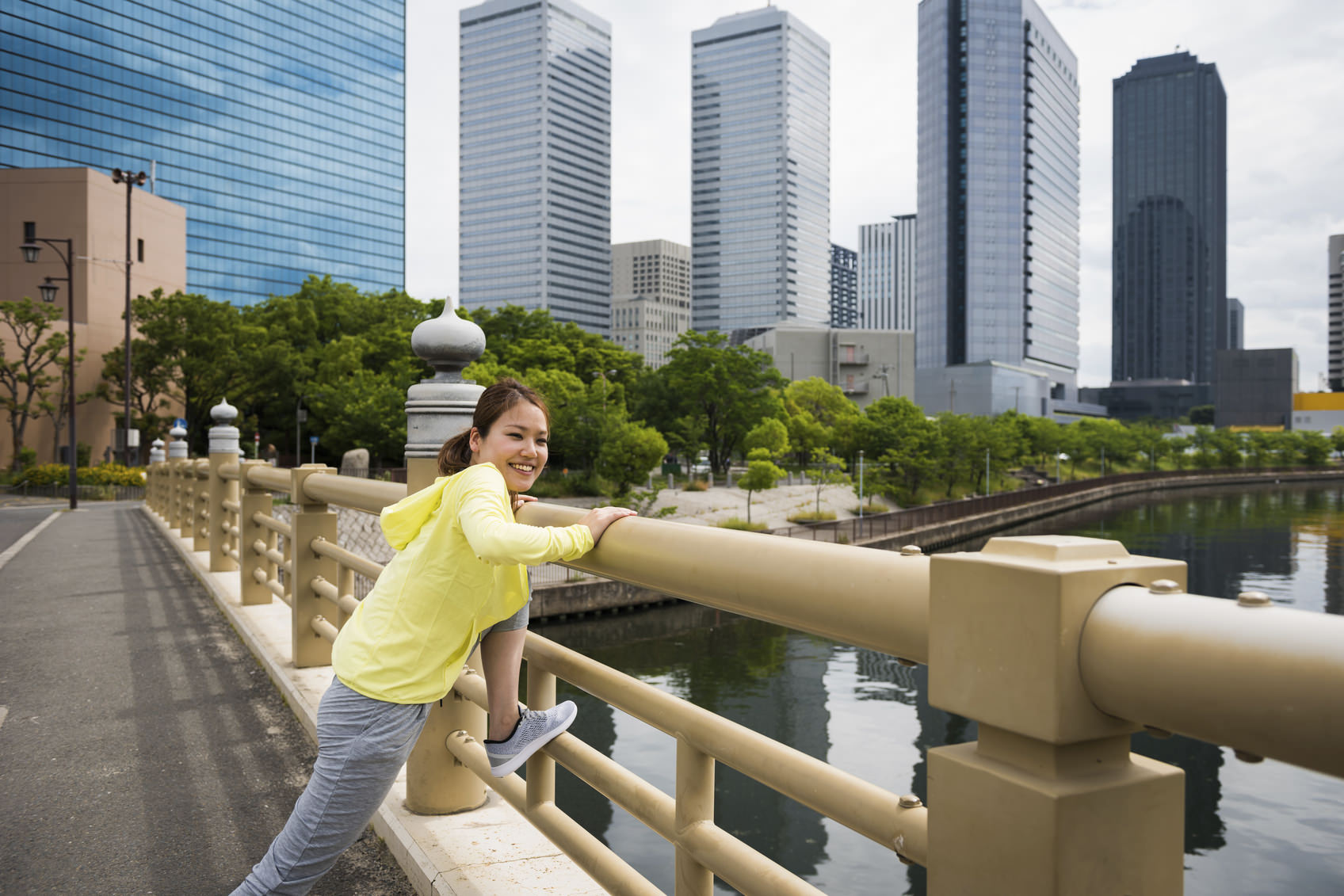 While you're visiting, grab some photos that include people or other interesting subjects, while including those recognizable buildings as a backdrop that gives the photo a sense of location. Including just a hint of the city skyline can be just as effective as featuring the overall city view.

The image above also highlights a composition tool that can add dynamics to your skyline photos: lines. The woman in the photo is the main subject, and the leading line of the railing brings our eyes right to here. It then leads further into the image, encouraging us to continue to the line of buildings in the background. This line gives the image great depth and movement, while the verticals of the buildings add height and strength to the composition.

Most importantly, and to reiterate the first item, remember to keep your edge by always trying something new. Remember that photography is a CREATEive process.