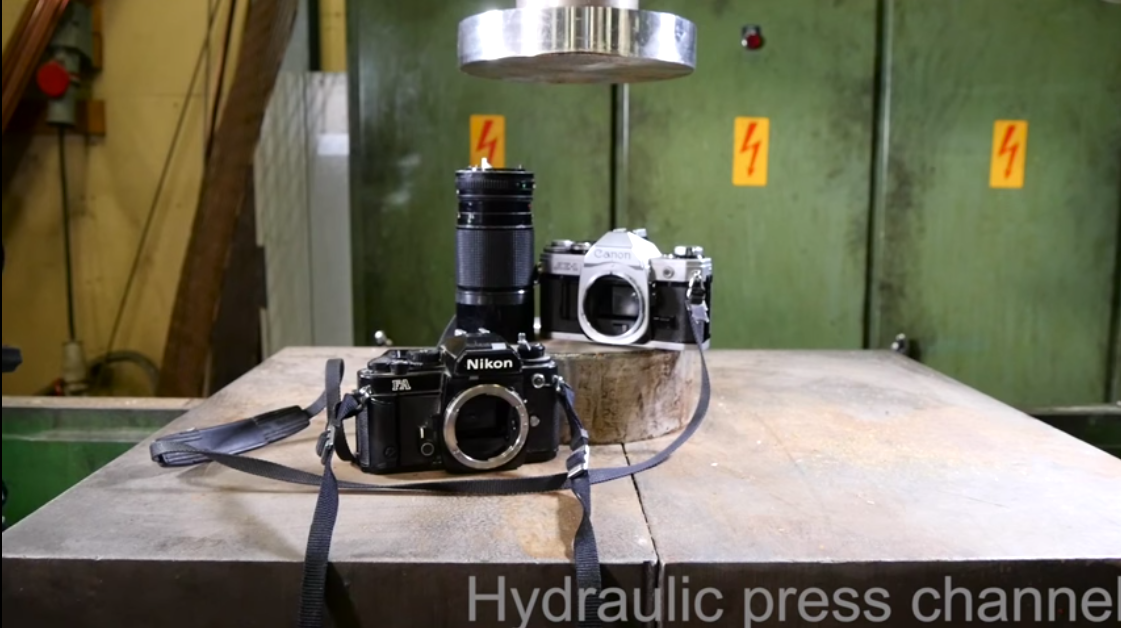 For all the time and effort we put into taking care of our photography gear, watching two cameras and a lens be completely obliterated by a hydraulic press is something that causes a good measure of anxiety for a lot of us.

Before the press is even activated, there is a palpable sense of “OH NO!” as you see the unsuspecting cameras and lens awaiting their fate.

The folks over at the Hydraulic Press Channel do stuff like this all the time, with all manner of objects, from alarm clocks to typewriters and bowling balls to a running four-stroke motor.

Though the cameras and lens used in the video are old, it still stings to watch them get flattened. Who knows what incredible photos were taken with them over the years?!

In the video, an older Canon camera goes head-to-head with an older Nikon camera to determine which one stands up better to the unrelenting forces of the press. You’ll have to check out the video below to see which camera won in the very scientific contest.

An old Canon lens also meets its maker in the video, and actually provides the most interesting moment of the video: as it’s crushed, it pancakes onto itself, then as the frame gives way, it causes quite a loud bang.

In the aftermath, you can see that one of the optical elements in the lens appears to still be in one piece - an amazing feat given the incredible pressures under which the lens was placed.

Though we don’t recommend you trying to crush your photography gear at home, we highly recommend checking out the video. If anything else, it’s interesting to see just how much damage can be done!