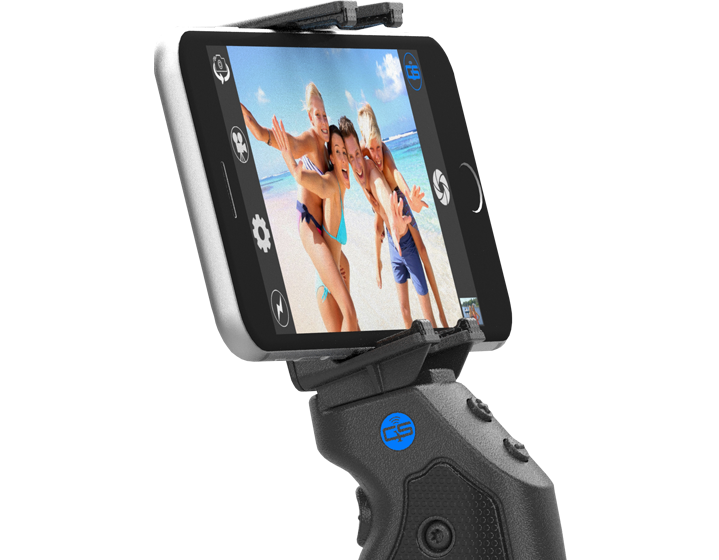 Curious about that title? I hope so. The thing is, I've just tried out some of the most awesome new accessories for your cell phone – all in one cool package. If you do any kind of photography or videography with your iPhone or Android phone, you are going to want this. Seriously, in the sea of gadgetry out there for taking pictures with your phone, this one really stands out.

I received my Grip&Shoot a few days ago and I've honestly had trouble putting it down since I clamped my iPhone 6 Plus in its jaws (or JawZ, as it's affectionately named). If you know iPhones, you know this is a large device, and it fit with room to spare. They claim it will fit almost any phone without the need to remove your custom case and I see no reason to doubt that. Not only that, it's stable and secure and gripped all around with spring-loaded rubber grips. (There's a Shooter Case, too, but the JawZ clamp felt nice and secure to me.) 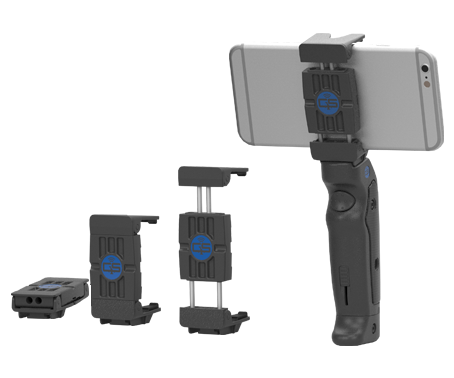 Speaking of secure grips, that's exactly what the stabilizer and control handle gives you. It feels natural, and I don't have to worry about holding my phone by the edges and keeping my fingers away from the lens. Now, if, unlike me, you have small hands, that might not be too difficult. For those of us with “guy hands”,  this grip is enough to make you love Grip&Shoot. But wait – there's more! (I can't believe I just typed that.)

I downloaded the free app from iTunes (You Android users can get it from Google Play), started it up and  squeezed the trigger to get things started. It's a good thing I don't have to load film in my phone – I'd go broke from developing the images and videos I shot over the next couple of hours. The grip is extremely natural and comfortable - it doesn't feel at all like shooting with a phone and the increase in stability is incredible. By the way, there's no cord or jack to worry about connecting to your phone; it's Bluetooth-enabled and a blue LED in the handle lets you know that everything's copacetic. 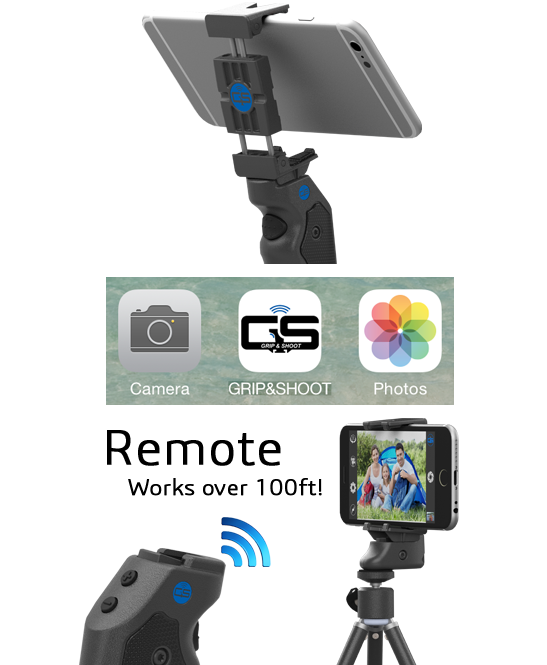 Next up: the remote shooting capability. I disconnected the handle foot, slipped the t-lock, and mounted the clamp right on the tripod. Just like that, I've got a wireless remote release. I'm sure I don't have to explain what I did for the next hour. It works, and I've got some really interesting selfies and weird videos to prove it. They claim it works at a distance of up to 100 feet. I didn't stop to measure, but I wandered farther than I expected to be able to.

As a photographer, I'm impressed with the stability and flexibility Grip&Shoot gives me. If you're a gamer or a developer, you're going to love it even more, because it has 3 programmable buttons as well as the trigger, and the software is Open Source. That means you can customize it to run your game or utility apps, and even incorporate support for it in your own apps!

To wrap this up in the simplest possible way, I'm just going to say that if you do anything other than text or place calls with your smartphone, I think you'll do it better with Grip&Shoot. Go check it out for yourself.