Photography Tip—How To Use Fill-Flash to Improve Your Pictures, Part 2 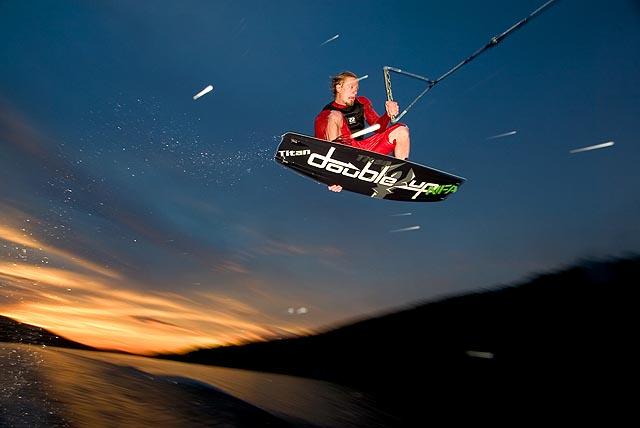 Part 1of this PhotograhyTalk.com article provided some introductory information about why and how to use fill-flash to improve the quality of your digital photography. Part 2 goes a bit deeper into some of the technical details and reveals a secret to using fill-flash that even many professionals don’t know.

Sync speed is the speed of your shutter that is “synchronized” with your flash when it fires, so the right amount of additional light enters the lens. A faster sync speed, such as 1/500th, gives your flash more effective power. Specifically, when the maximum sync speed increases by one stop (1/250th to 1/500th, for example), then the maximum available flash power is increased by one more f/stop, or aperture opening. The reason this occurs is that the light the flash provides is the same regardless of the shutter speed; however, shutter speed affects the amount of ambient light that exposes the picture.

When the sync speed is faster, the aperture must open wider to capture enough light to expose the background of your digital picture, which allows a greater amount of light from the flash to enter the lens. A faster sync speed, such as just one stop, from 1/250th to 1/500th, means only half as much power is required, since the aperture is open one more stop than at a slower shutter speed. This will also double the life of the flash unit’s batteries and the flash will recycle in half the time. In addition, your flash will have a reserve of power, if needed; and shooting in daylight with larger lens apertures will narrow the depth of field, causing the background to be blurred, and to freeze movement.

Sync speed determines the ratio between flash-fill and ambient light, based on a specific amount of flash power. Only ISO and aperture control the total exposure. Lower ISOs and middle to small apertures are typically the settings for daylight photography, so don’t make the mistake of choosing a camera based on ISO and aperture. Maximum sync speed is a much more important criterion. The pros know that because they know they can’t create excellent daylight photos without effective fill-flash; and maximum sync speed gives them that ability.

Be aware that many of the newer DSLRs have a slower sync speed of 1/250th, which will make it more difficult to produce adequate fill-flash with the lower-cost units. To compensate, you may need to consider a larger flash unit, so it can generate enough light to affect your photos as a smaller flash would, and shooting at 1/500th.

Fill-Flash and the Color of Light

What many pros don’t know is that the color of the fill flash must match the color of the ambient light. This isn’t much of an issue under sunlight, which tends to the blue section of the light spectrum. The artificial light of a flash is just a bit bluer than sunlight. (Read the PhotographyTalk.com article, Digital Photography—Understanding the Temperature of Color and How It Affects Your Pictures, for more information.) Even though the color of sunlight and flash are nearly identical, you can subdue the blueness of your outdoor digital photos by attaching a pale orange piece of plastic film, or gel, across the flash face. Try a 1/4 or 1/2 CTO gel.

A gel sheet only costs a few dollars, from which you can cut a number of pieces. Another trick is to apply adhesive-backed Velcro to one side, and then attach it to your flash. You’ll find it is easier to remove and to switch to another filter.

The right gel is particularly helpful when shooting at sunset, especially when you need fill-flash to illuminate your subjects backlit by the sunset. At this time of day, the sunset causes the ambient light to be less blue than at noon, so now your flash is much bluer than the ambient light. Try to avoid using an unfiltered flash at sunset, since it often causes any people in the scene to look blue or purple. With a warming gel on your flash, its light will be more orange, thus matching the ambient light.

This concept applies to indoor photography too. An unfiltered flash unit will give people a blue cast, or they will look fine and the background will have an orange cast. When indoor light is tungsten, which is most of it, apply a full CTO gel to your flash face, so, once again, the color of the light of your flash will match the ambient tungsten light. You simply set your camera to tungsten white balance.

Learn more about how to use fill-flash in Part 3 and Part 1 of this PhotographyTalk.com article.