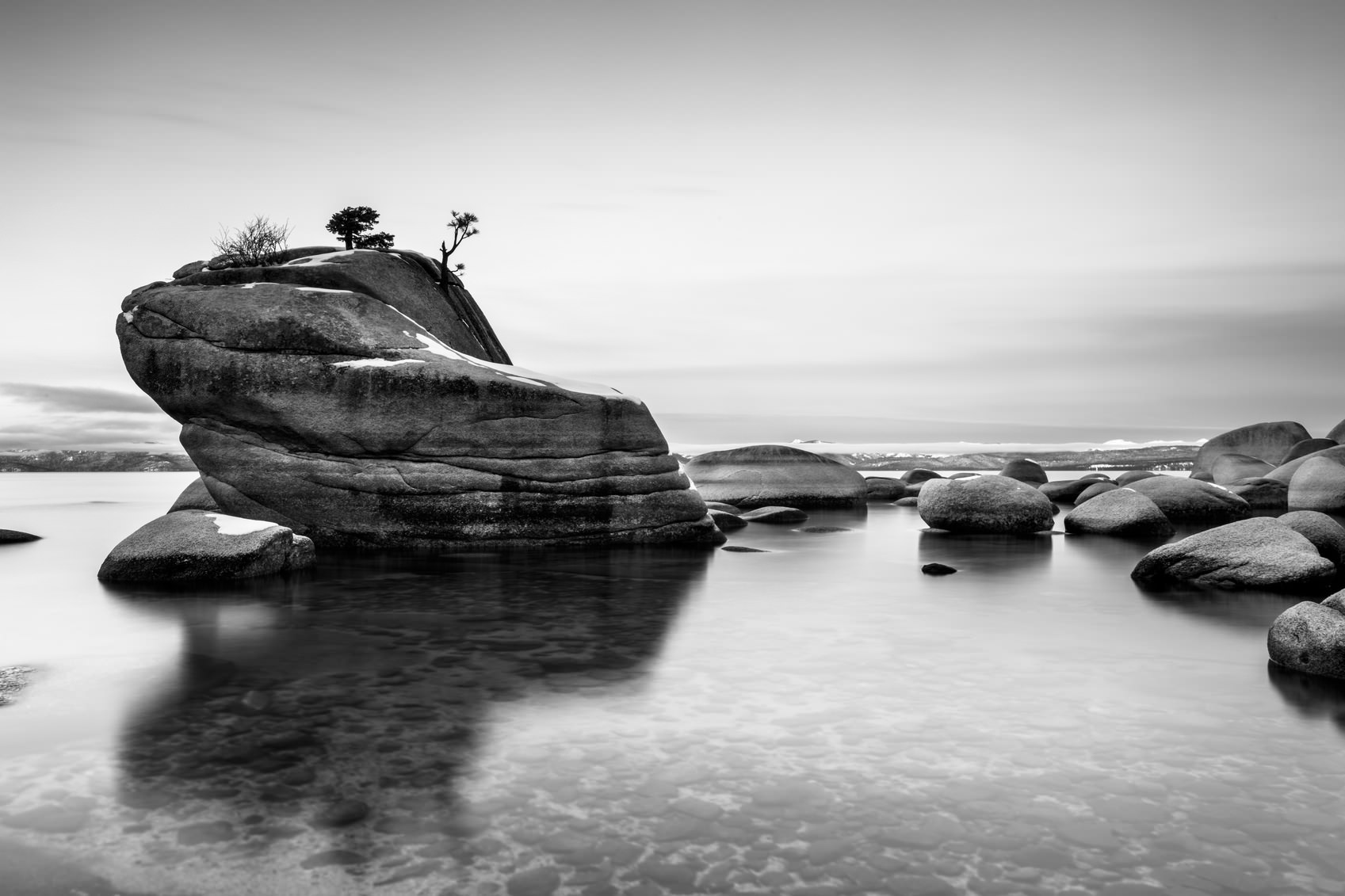 Few subjects lend themselves to a black and white treatment like a landscape. Yet, not every landscape is a prime subject for rendering in black and white. There are a few essential features that need to be present if the image is going to meet its potential, all of which can be included in the image if you concentrate on the composition of the scene. 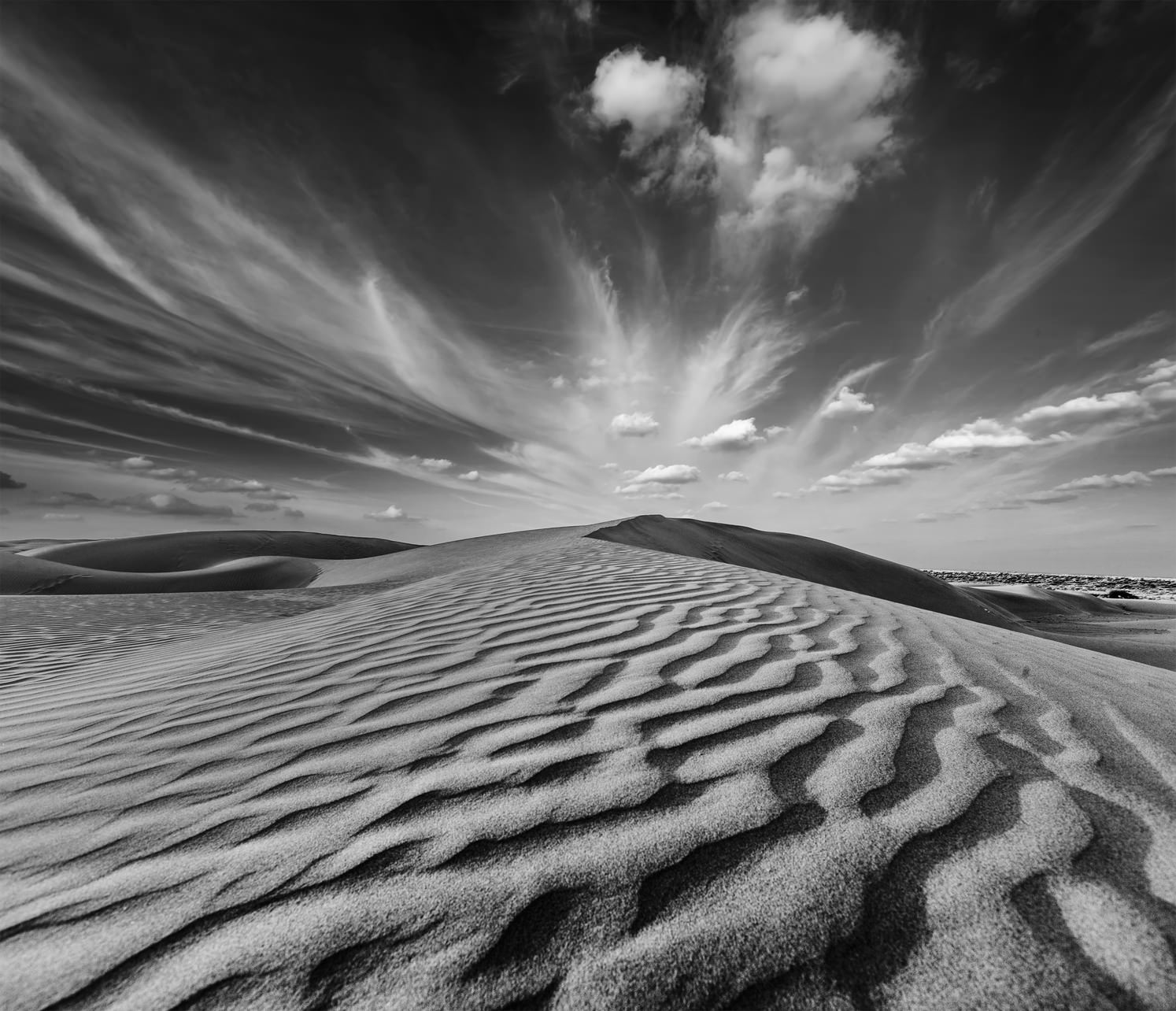 Black and white landscapes must have a large dynamic range. If not, they can look flat, washed out, and generally uninspiring. Though there is a need to have bright whites, they aren’t as critical as deep shadows. Shadowing gives depth and dimension to the scene and makes it appear as though it’s more three-dimensional rather than two-dimensional. Additionally, the presence of shadows makes the lighter tones in the scene - like the aforementioned highlights - pop even more, giving the image added impact.

Shadows are obviously a consequence of lighting, and the best lighting for creating shadows is that which enters the scene from the side. When looking for landscapes to render in black and white, concentrate on finding scenes that have long shadows cast from one side to the other as a result of a rising or setting sun. You’ll find that doing so gives your landscape image the dynamic range needed for maximum interest. 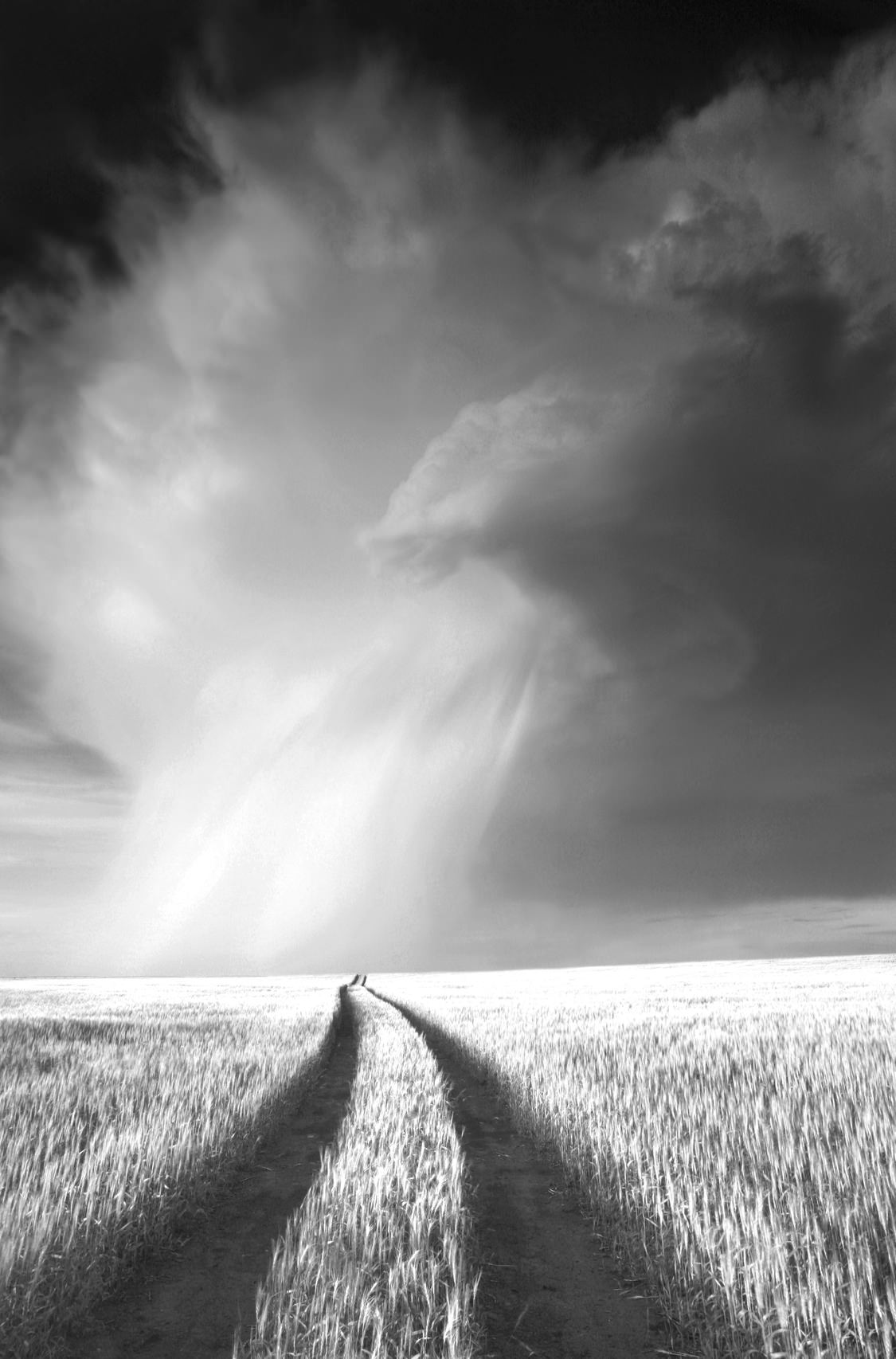 While you’re looking for great shadows to include in the scene, look as well for opportunities to simplify the landscape. Without colors to help distinguish one feature from the next, a typical landscape that looks great as a color photograph can look cluttered and overwhelming as a black and white photograph. In fact, if you aren’t careful, your black and white landscape can take on an almost camouflaged look if there’s too much going on.

When simplifying the scene, look for one, strong subject, something that will serve as a visual anchor. It can be anything - a mountain peak, a tree, a waterfall, and so on - just so long as it has visual qualities that make it interesting to view. Once you identify a potential target, work to find the ideal angle and perspective from which to photograph it, again, doing so to make the shot about that one subject while eliminating clutter around it. 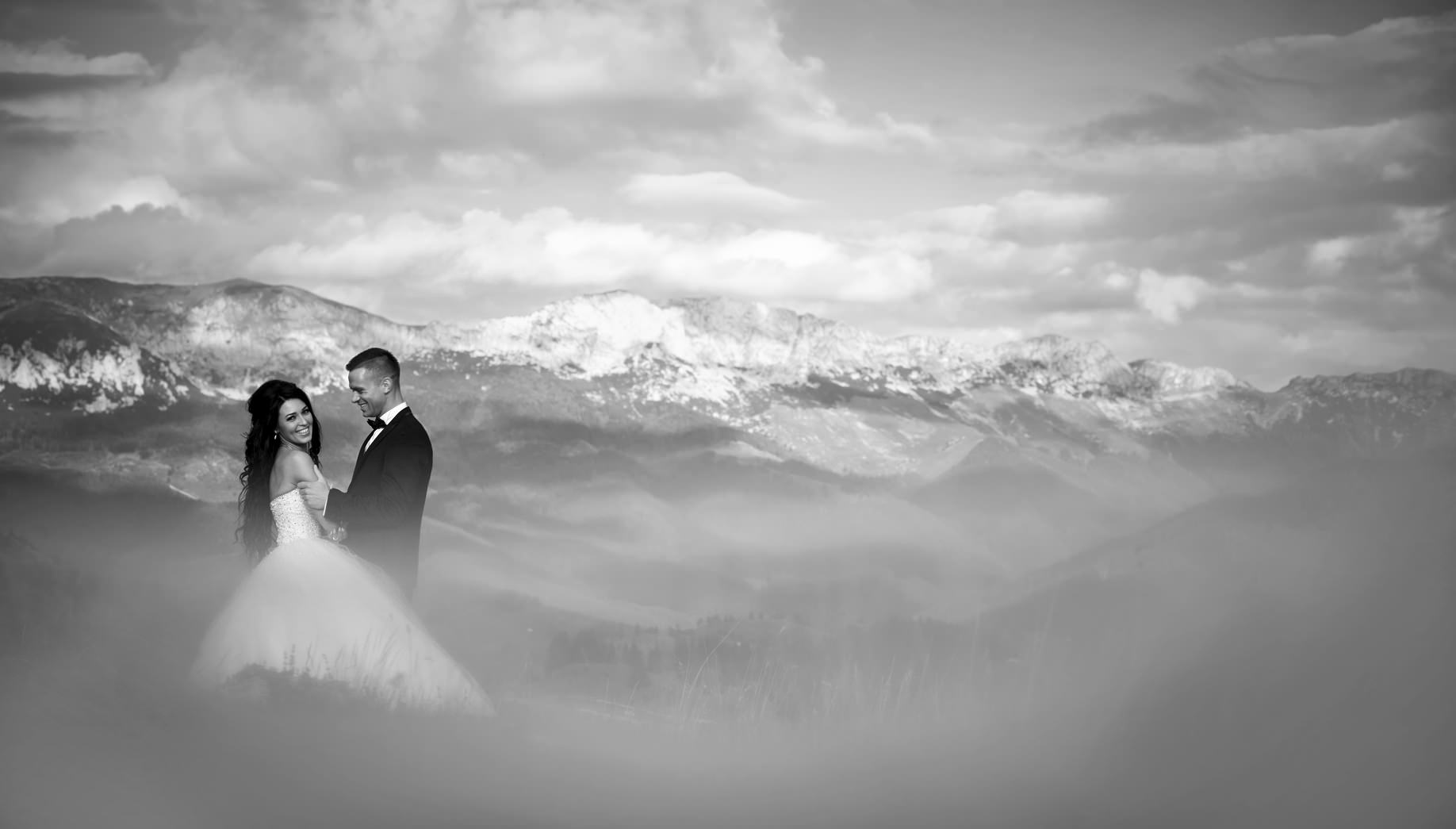 All photography - color or otherwise - benefits from creating an emotional connection between the viewer and the photograph. But this is especially important when creating black and white images. As noted above, photographing black and white landscapes is partly about simplifying the scene. Yet, in paring things down, it’s easy to go too far and create an image that is stark and boring. As a result, it’s imperative that when you find your desired subject that you portray it in a way that not only catches the viewer’s eye but also intrigues them, compels them to put themselves in the scene with the subject, and begs them to ponder the senses they would experience being in that scene.

So how does one do that? Add people.

It might be difficult for viewers to connect with a vast, open landscape on its own. But as soon as you add people to the scene, it becomes far easier for viewers to put themselves in that place. What’s more, viewers tend to take on the emotional experience of the people they view in photographs; that’s why wartime photos are so hard for us to view. The same principle applies to black and white landscapes - show a person, alone in a landscape, and the chances are that viewers will experience the photo with feelings of loneliness. Show a couple walking down the beach holding hands, and viewers will probably feel the love.

The point here is that blindly photographing a landscape and converting it to black and white isn’t going to get you the impactful results you seek. Instead, add some people for an injection of emotions, simplify the scene and focus on a single, strong subject, or include shadows to give the scene depth. Doing so will result in black and white landscapes with which viewers are much more apt to connect to on a deeper level.