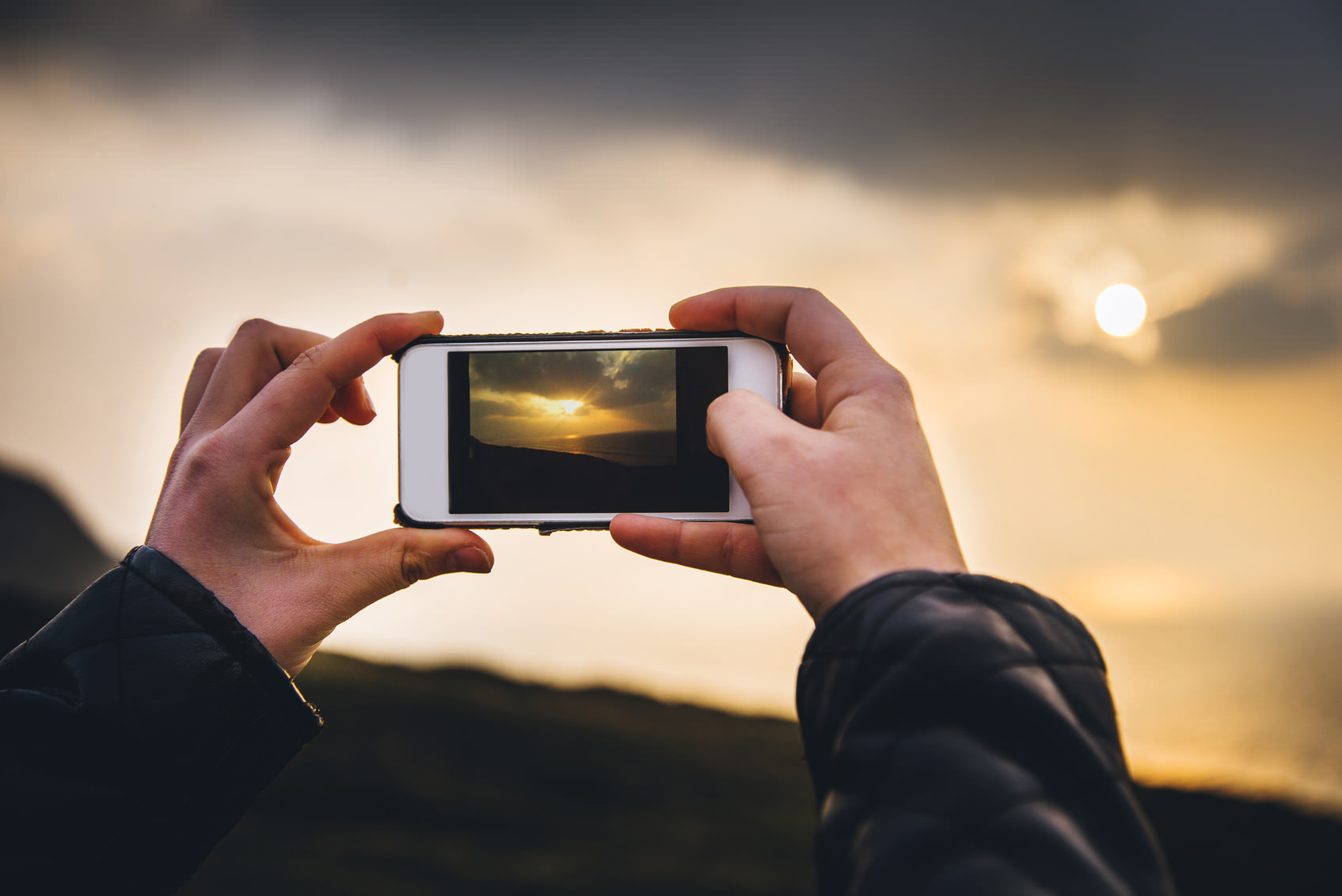 Though photography with a mobile phone is a little bit different than with a full-sized DSLR or mirrorless system, there are nonetheless some essential rules of thumb that remain the same, particularly as they pertain to composition.

Remember, though smartphones are limited by comparison, you can still practice the fundamentals of composition with a smartphone just as you can with a full-featured camera. In fact, you’re probably more likely to learn the essentials of composing a good photo with your smartphone because it’s always with you, affords you plenty of opportunities to practice, and doesn’t have all the buttons and features of a large camera that distract your attention away from composing the shot.

In this, the second lesson of our 12-part mobile photography series, we have a look at some of the basic premises of photography composition.

The Rule of Thirds 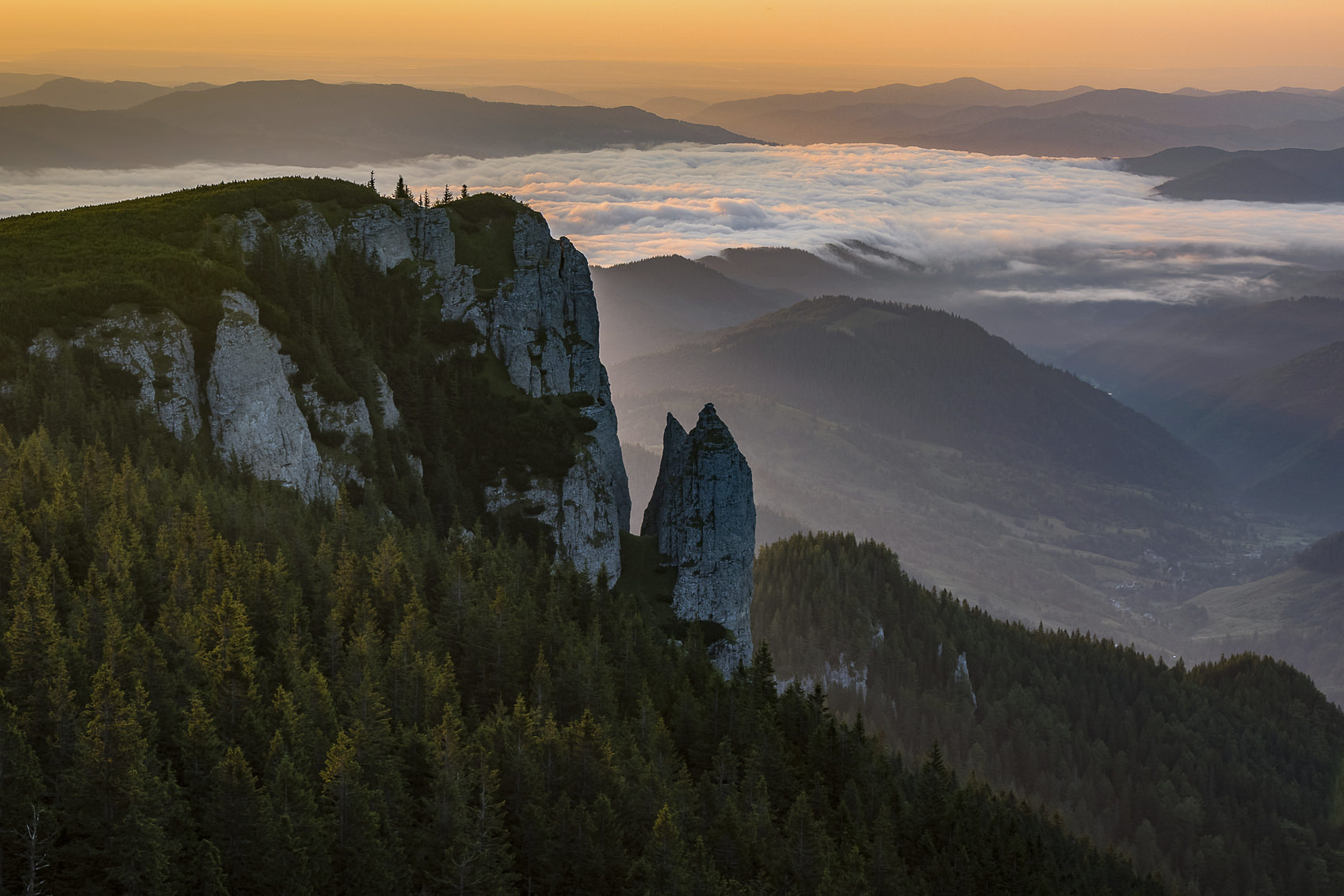 Put simply, the rule of thirds states that by dividing the image into nine equal quadrants using two vertical and two horizontal lines, you can more easily place elements of interest in the frame such that they create the most balanced and visually interesting shot. By placing your subject at the intersection point of two of the lines (or even along one of the lines themselves), you give the subject more importance in the shot.

Using the rule of thirds guide, as noted above, helps create a more balanced shot. But beyond that, by placing elements of interest along the grid lines or at their intersection points, you allow viewers to interact with the image in a much more natural way; their eyes move from one intersection point to the next, inspecting each area of the photograph. Viewer engagement is what composition is all about! Getting that engagement is easy as well - just turn on the grid view on your smartphone and use it as your guide. 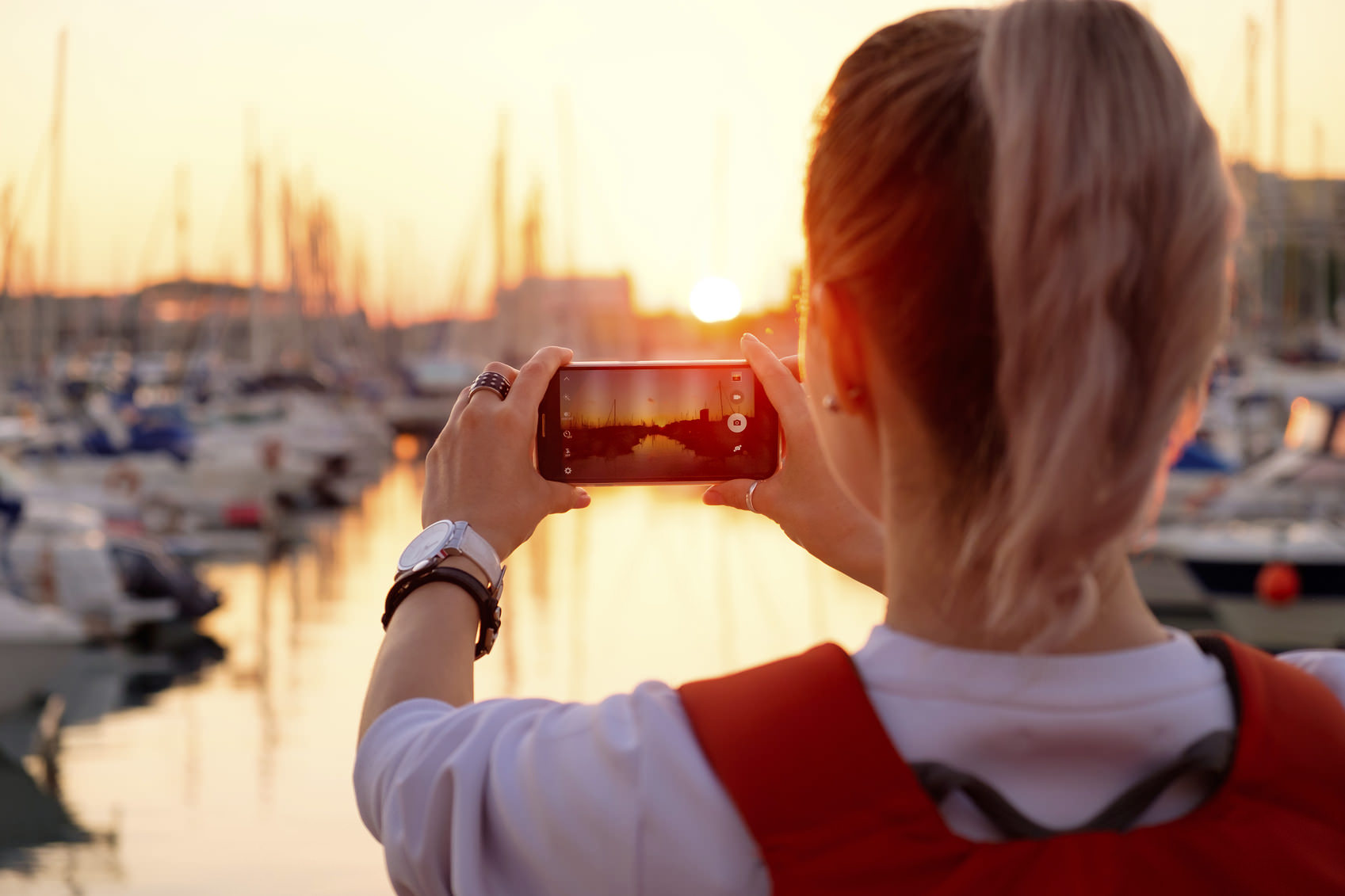 Leading lines are a simple, yet powerful compositional tool because they help the viewer’s eyes travel deeper into the photo. Much like the lines on a highway help drivers discern where to go, leading lines in an image - be they vertical, horizontal, or converging in nature - direct the eye to the subject of the image.

Of course, leading lines can also direct the viewer’s attention away from your intended subject, which is why it’s so important to develop your creative eye such that you can catch accidental lines before taking the shot. Doing so is easy - just alter your positioning or perspective such that the lines in the scene direct the viewer to the desired place.

Roadways, fences, walls, and even lines of trees are popular lines in landscape photography. But leading lines need not be completely obvious. Take the image above as a prime example. As you can see on the woman’s smartphone, the lines of boats docked at the marina create subtle lines that direct your view toward the sunset in the background. Though the lines themselves are more subtle, the effect of moving the viewer's eye into the shot is still the same. 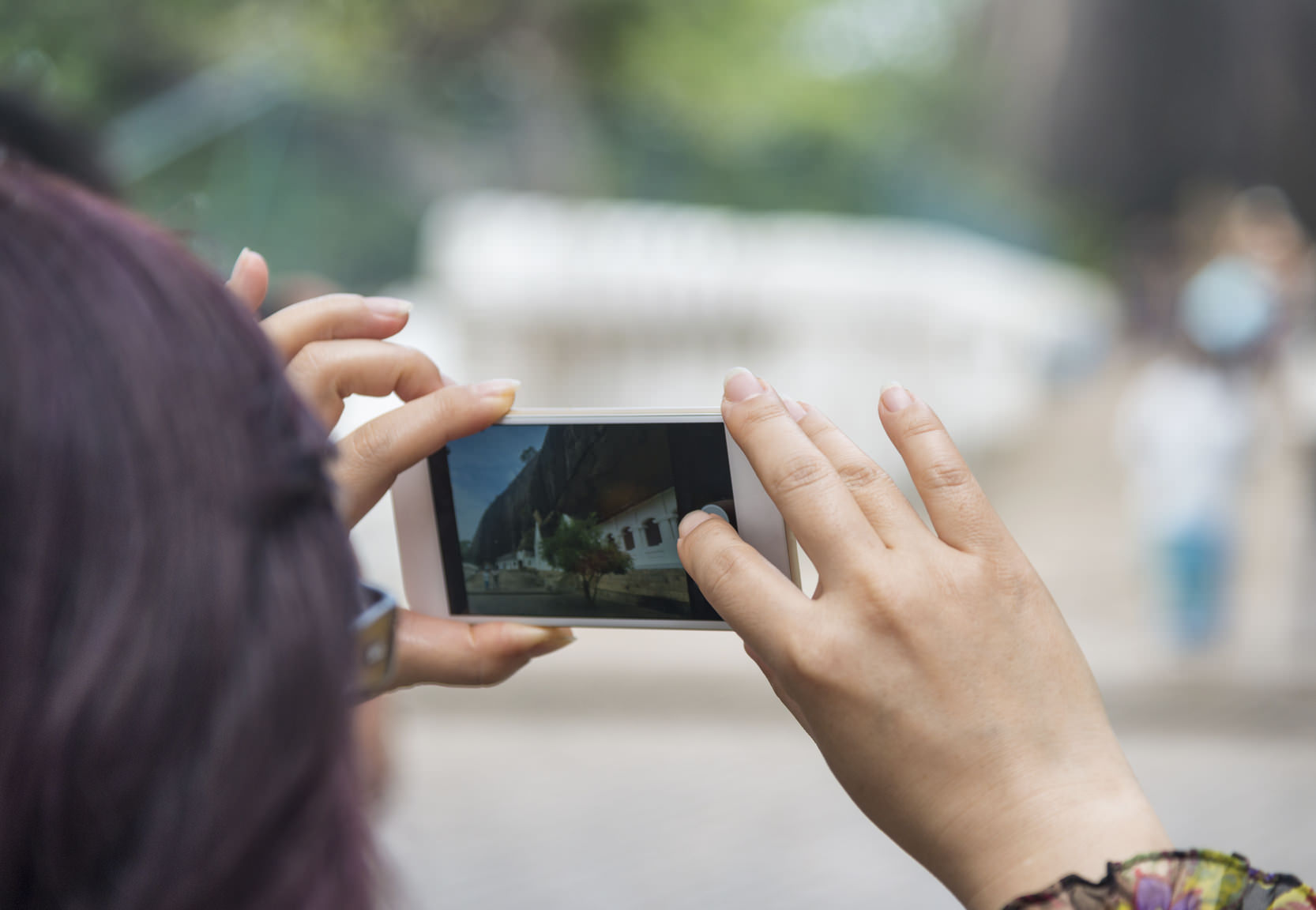 The beauty of digital photography is that you don’t have to be concerned with how many frames you’re taking as was the case in the days of film. Now, this doesn’t mean that you need to take the “spray and pray” approach and just randomly fire off shot after shot. Instead, continuing to shoot accomplishes two things...

First, rather than taking one shot and hoping for the best, by taking multiple shots you increase your chances of getting the best possible photo. What’s more, you can vary your distance from the subject, your shooting angle, the format (vertical or horizontal), and the like, to experiment with changing how the subject is presented in the photo.

Second, by having multiple photos of the same subject, you can easily review them to determine what you like and what you don’t like. Having this kind of consistent critique of your own work will inform you not only about your personal photography style, but it will also help in the process of developing more refined photography skills. Again, the more you shoot, the more practice you get, and the more your images will improve.

Get Outfitted With Quality Accessories 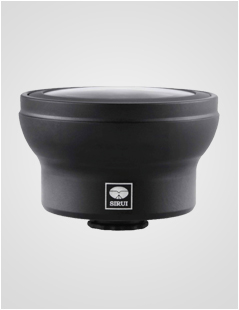 The cameras in today’s mobile phones are certainly the best they’ve ever been. But if you want to maximize their capabilities, pairing them with top-notch aftermarket accessories is essential.

For example, when shooting a landscape, having a solid tripod or mount will get you a sharper image than if you were to hold the phone in your hands. When taking a portrait, having an external flash might generate the even, consistent lighting you need for a high-quality image that the phone’s built-in flash just can’t provide.

Similarly, having lenses that enhance the performance of your phone’s built-in lens will expand your capabilities in terms of the types of photos you take. Having a wide-angle lens gives you a greater field of view that allows you to capture more of the beautiful landscape before you. On the other hand, a portrait lens is beneficial because a narrower viewing angle is more pleasing for portraiture and helps prevent distorting the subject’s face, as is often the case when using a wide-angle lens for close up portraits. You might even use a fisheye lens that gives viewers a more interesting and unexpected view of the world. 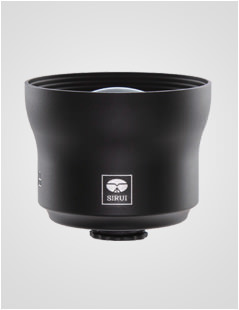 When it comes to lenses like these, you have to do your due diligence and purchase lenses that are of the highest quality. Often, that means paying exorbitant prices. However, Sirui has a line of excellent smartphone lenses that represent the finest materials and the best craftsmanship, all with affordable pricing. Sirui’s wide-angle, portrait, and fisheye lenses have SCHOTT spherical lenses with precise structuring that generates images that are 4K professional quality. That means that as you work on your compositional technique, you’ll get crystal-clear results that you just can’t get with your phone’s built in lens. You might just find that your practice images are worthy of printing, sharing, or even selling! 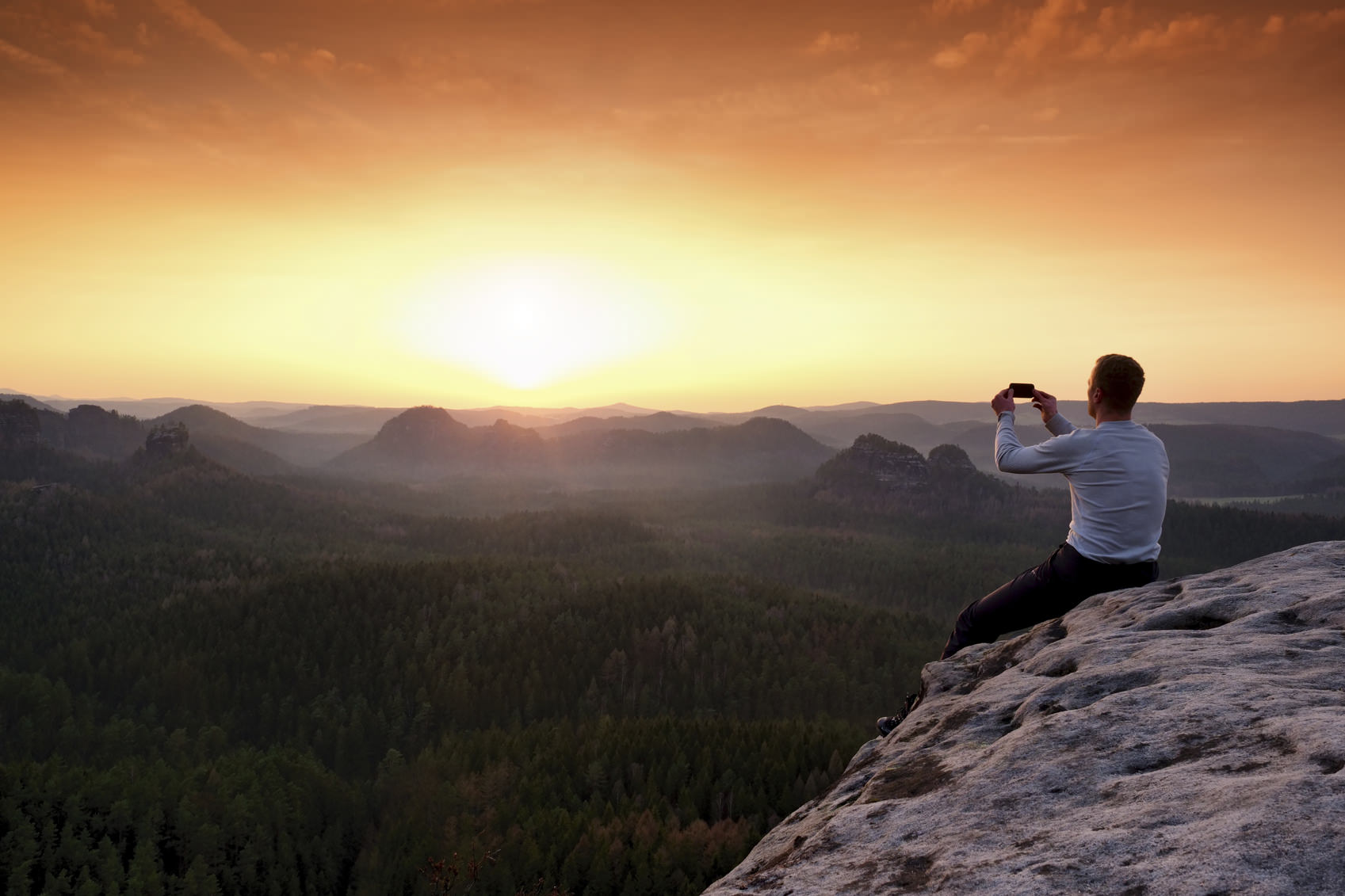 At the end of the day, most rules of thumb in photography aren’t hard and fast rules, but rather suggestions. There might be times when the rule of thirds just doesn’t feel right; you might encounter a scene that doesn’t have leading lines; you might even get lucky and find that the first image you snap is pretty outstanding. But one rule of photography that should always be followed is to get the best gear that you can. You get what you pay for, particularly when it comes to lenses. If you want the best smartphone lenses money can buy, give Sirui a long, hard look!