Take to the Skies With These Critical Drone Photography Tips 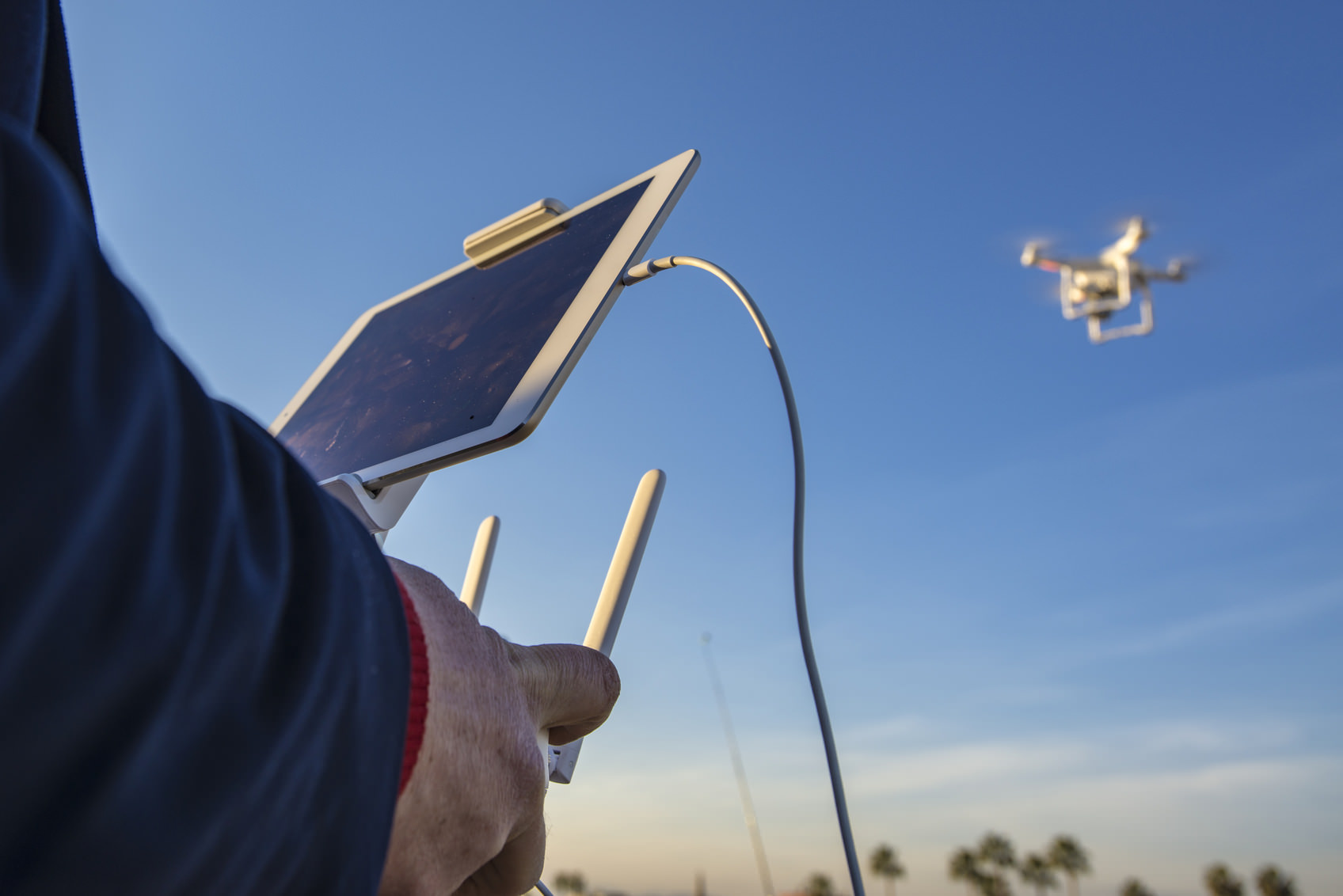 Drone photography has really taken off (pun intended!) the last few years, and what used to be an expensive hobby is becoming more and more affordable. In fact, many entry-level drones have pretty great cameras with full manual controls, RAW capabilities, and more.

Obviously, taking photos with a drone requires many of the same skills and techniques as taking a photo from the ground - using the rule of thirds, paying attention to lighting, having a strong subject, and so on, are still vitally important to the quality of the photos you take.

But there are a few other tips and tricks to be aware of that will help you create stunning photos with your drone. Here’s a few of our favorites… 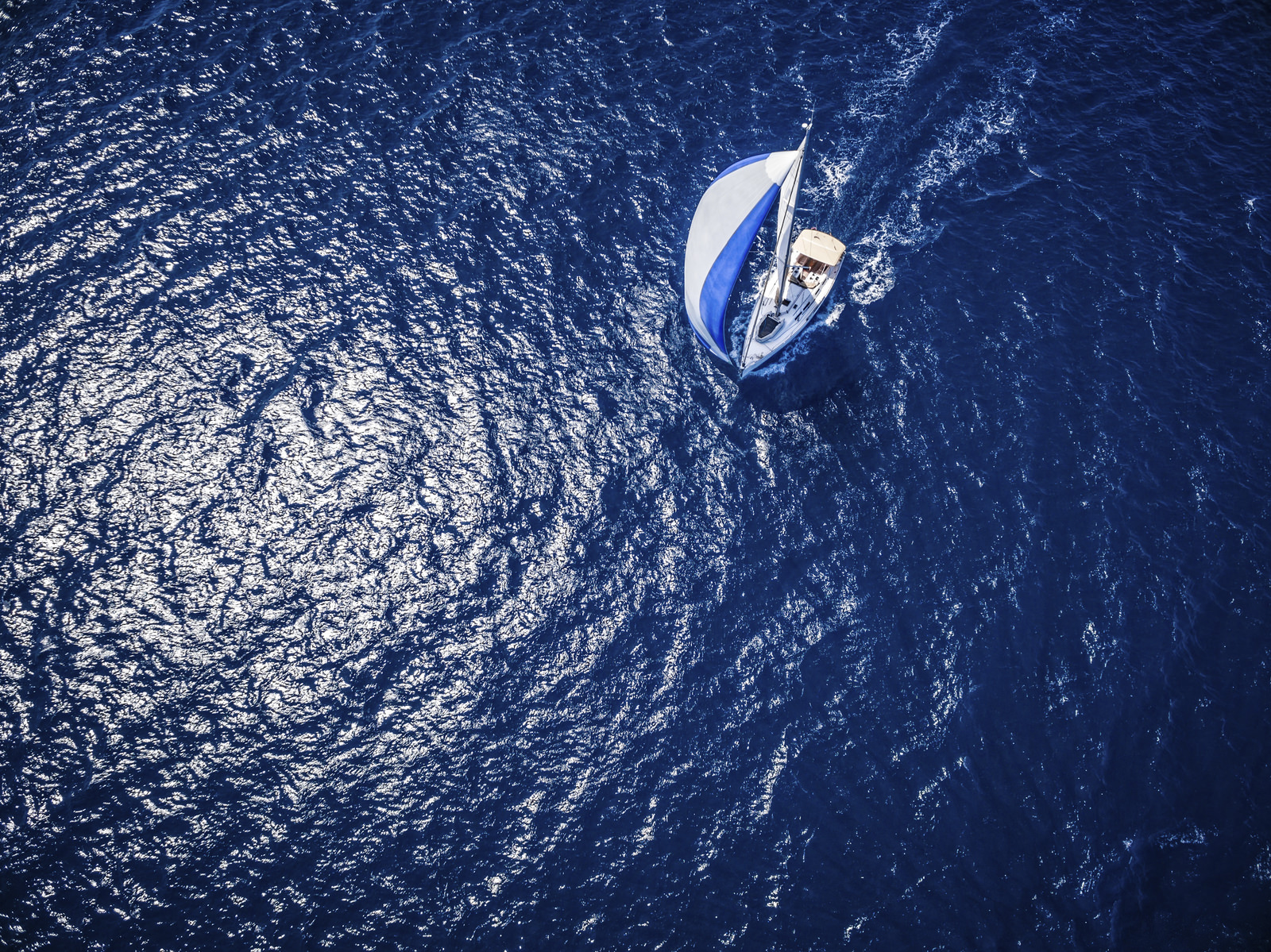 You might think that a drone would be a super stable platform for taking pictures, and in many cases it is. However, just like a your traditional camera has its limits in terms of what shutter speed can be used when hand holding the camera, a drone has its limits too.

More or less, the higher you fly your drone, the stronger the wind will be. That means more turbulence and a greater likelihood that your drone will be bouncing around. In fact, even a light breeze can cause enough shake such that the drone’s gimbal still can’t keep the camera absolutely horizontal. As a result, you need to be hyper-aware of using very long shutter speeds or else you will end up with blurry photos. A good rule of thumb is to keep the exposures to under 2 or 3 seconds, and, if need be, push the ISO to allow for a faster shutter speed. 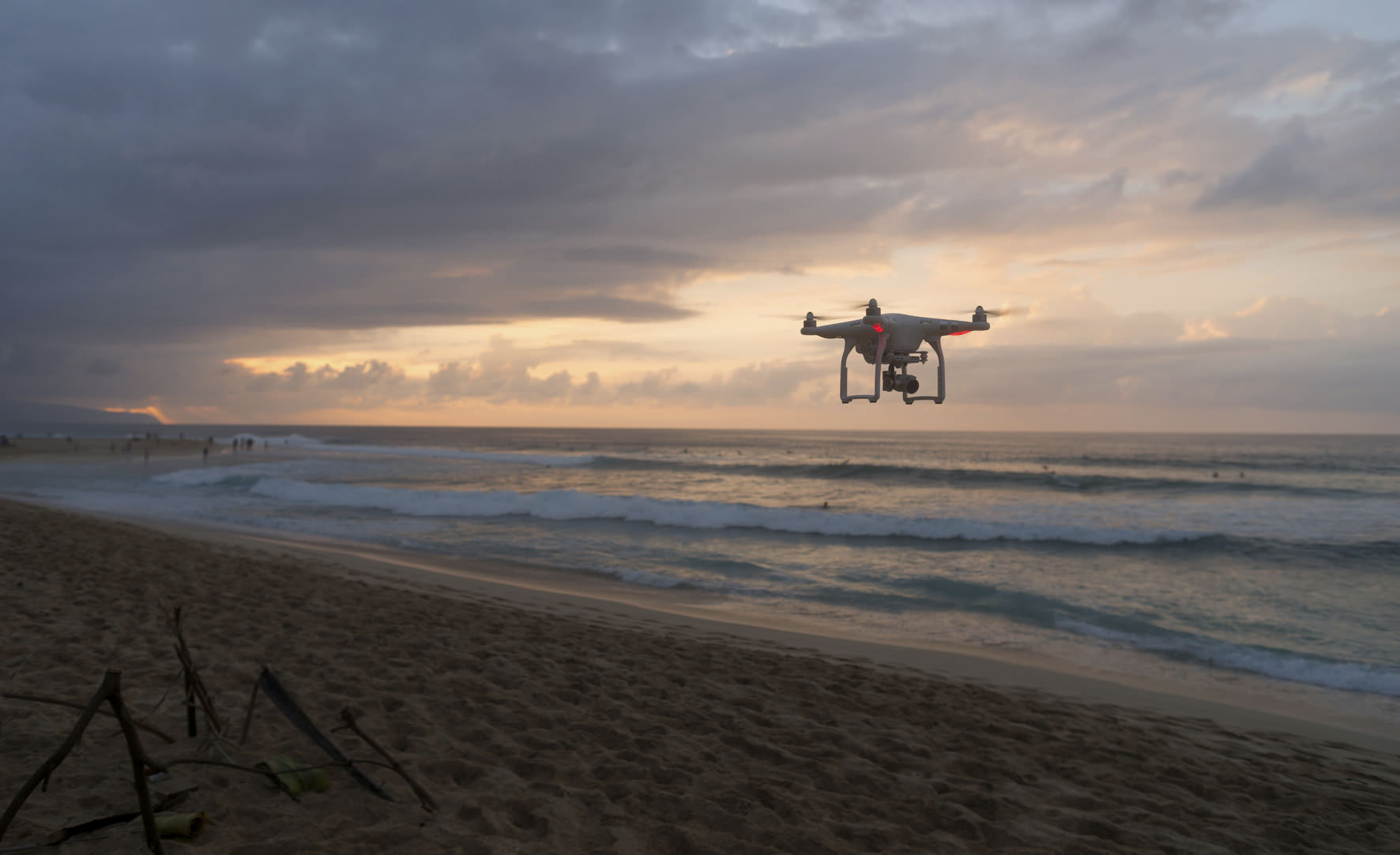 It probably goes without saying that you need to take advantage of the interesting perspectives and angles your drone affords you. Whether you’re taking landscape photos, an aerial portrait of someone or yourself, or something in between, seeing things from above is not generally a point of view we have. Having said that, even though a straight down view is neat, avoid using that perspective for all of your shots.

Instead, try bringing the drone down a little bit and flying back from the scene you want to photograph for a lower point of view that includes plenty of background, as is being done in the image above. If photographing a landscape, think about tilting the camera upwards and taking a shot that shows the horizon. When taking photos of people engaged in an activity, hover your drone 15-20 feet off the ground for a lower point of view. There are really no limits here, so use your imagination and the flexibility of the positioning of the drone to your advantage.

Many drones offer various aspect ratios, most likely as a consequence of their popularity for shooting video. At 16:9, your photos will have a much wider angle of view, which gives the image a cinematic feel. With a greater horizontal plane, 16:9 is often used for landscape photography. However, note that at 16:9, it will be difficult to incorporate much foreground interest, although that’s difficult with a drone to begin with.

Another popular aspect ratio is 4:3. Because photos at this aspect ratio are just barely wider than they are tall, they are ideal for scenes with a lot of depth. Why? Because the image is quite wide compared to its height, it is an ideal aspect ratio for highlighting foreground interest like leading lines. Incorporating elements in the foreground gives the image more dimension while also helping lead the viewer’s eye deeper into the shot, which again gives the image added depth.

Either way, these aspect ratios are different from most traditional cameras (i.e. a full frame is 3:2), so you will need to do some experimentation with which aspect ratio works for the particular subject you’re shooting.

With that, you have a few tips that will help you seize the opportunities that having a drone offers you and take better photos. As always, when using a drone, be aware of your surroundings, check local regulations about flying drones, and fly safe!