Composition Techniques to Take Your Astrophotography to the Next Level 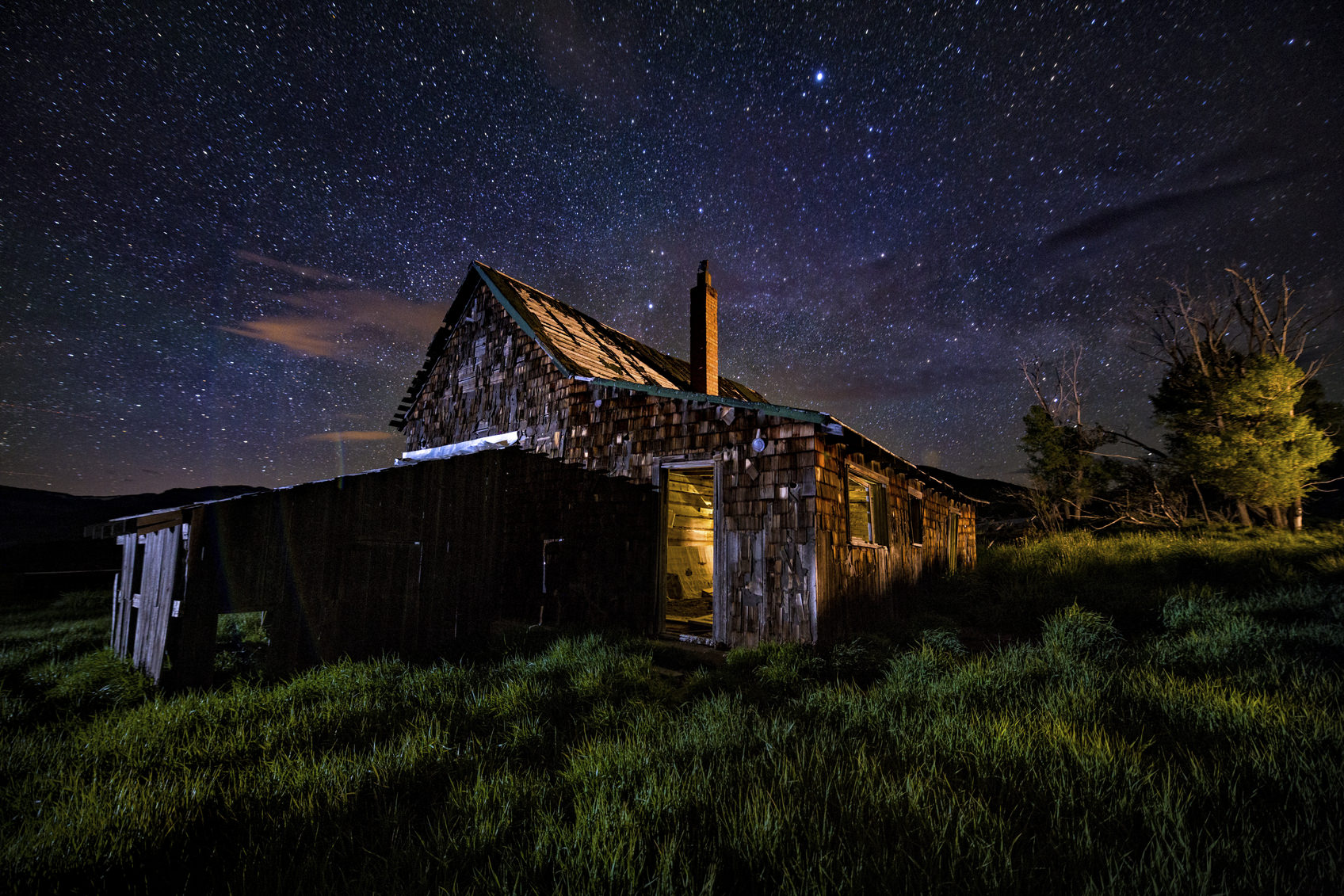 When it comes to challenging subjects, the night sky has to be right at the top of the list. Make no mistake - photos of the stars have the potential to be beautiful, but a lot of work has to go into maximizing that beauty.

Though images like the one above could stand on their own without additional elements in the frame, there are a few compositional choices that can enhance the beauty of the images you create of the night sky. With that, consider these tips the next time you head out to capture the beauty of the heavens.

Give Light Pollution Some Credit

It’s often said that the best astrophotography results from dark skies far from any light pollution. And though that is certainly true in many cases, sometimes, light pollution can actually add to the drama of your astrophotography. Whether it’s city lights, the trail of a passing car’s headlights or taillights, or a simple shaft of light emanating from a flashlight or headlamp, each kind of light pollution has the ability to create interest and boost the contrast in your photos of the stars. 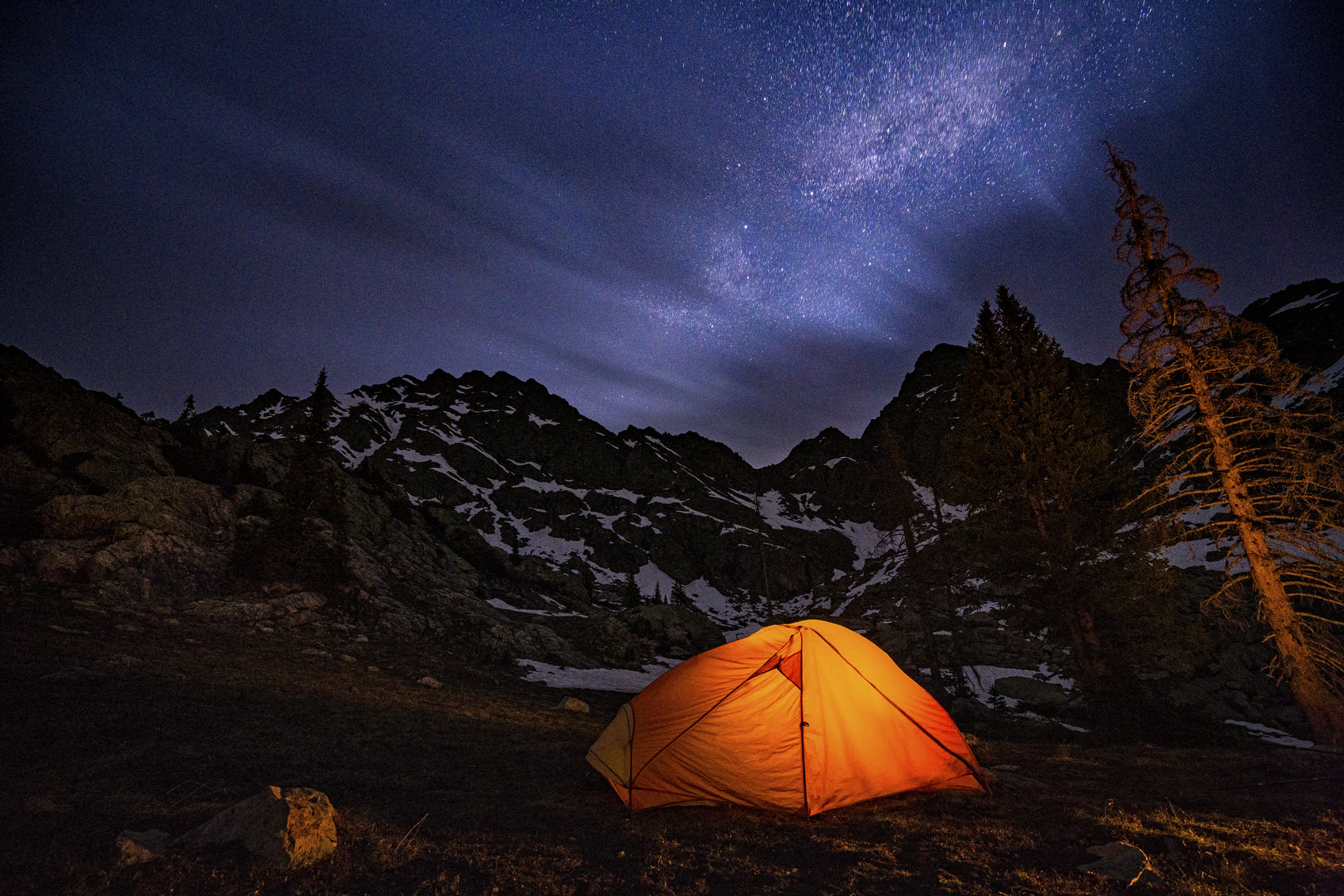 It’s not that the night sky is lacking in the interest department, but a shot of just the sky doesn’t offer viewers a whole lot of context regarding where the shot was taken. By adding supplemental points of interest into the scene, you give viewers that context. Trees, buildings, landforms, and even people give astrophotography greater depth and dimension. Rather than having to stand on its own, the night sky has other elements to play off of that creates a nice interplay between the depth, darkness, and unfamiliarity of space and the more familiar aspects of life on Earth.

Add a Punch of Color 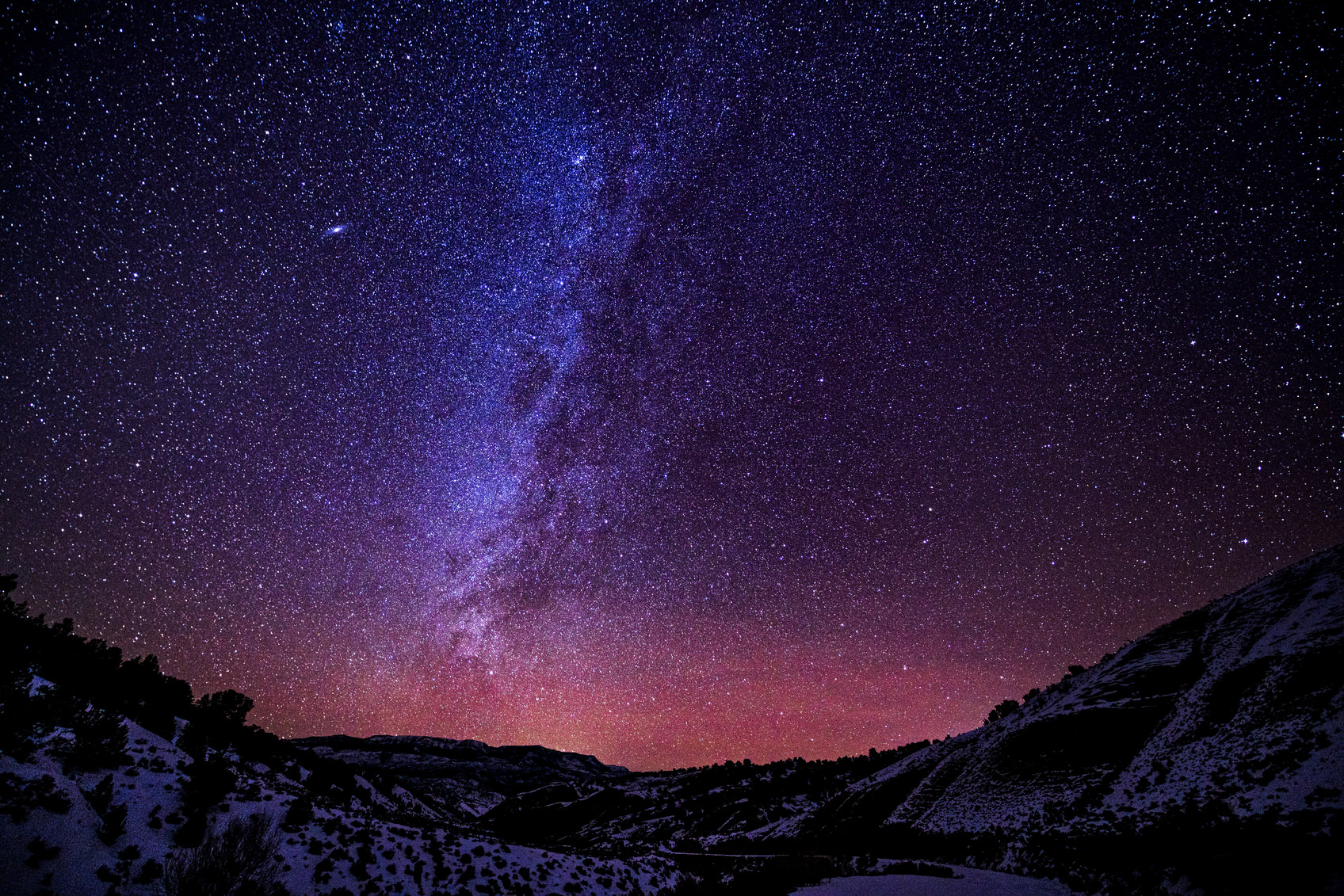 Much like adding light sources or supplemental points of interest to your nighttime shots can increase the drama, so too can adding a punch of color. Photos of the night sky are prime subjects for adding a bit of color, whether that’s playing with the saturation of colors that are already present or manipulating the hues to get an otherworldly effect. Of course, adding color is a process that should be undertaken with great care, as you don’t want the colors you add to detract from the beauty that’s naturally present in astrophotography. Use colors with caution and purpose, and if you do, you can get results like the image above. 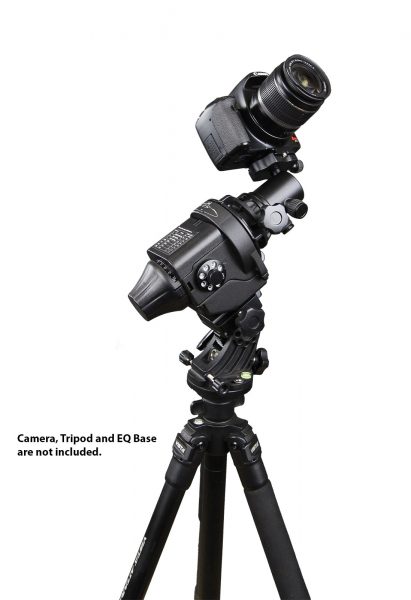 Of course, you can’t worry about how to compose your nighttime photos of the sky until you’ve got the gear that will allow you to take long exposures in the first place. One of our favorite ways to capture astrophotography images is by using products like the Star Adventurer mount from Sky-Watcher USA. The Star Adventurer is a top-quality mount that gives your camera and lens the highly stable base they need to capture perfectly sharp images. The Star Adventurer is constructed to support up to 11 pounds, so even if you have a full frame camera and a large lens, you’ll be certain that they will be supported securely.

But if you think the Star Adventurer is only a mount, you’re wrong. It allows you to program your camera for still images, long exposures, and time-lapses of the night sky. It has sidereal, lunar, and solar movement tracking as well, so you can photograph the skies with greater ease. What’s more, the Star Adventurer has a built-in auto-guiding interface, an illuminated polar scope, and a DSLR interface that gives you pinpoint control over your shutter.

What does all that mean? Well, it means that with the Star Adventurer you don’t have to worry about the technical aspects of astrophotography as much, and you can focus more on adding the compositional elements discussed in this lesson to give your images of the night sky the drama they deserve. Learn more about the Sky Adventurer and other products from Sky-Watcher USA by visiting their website.