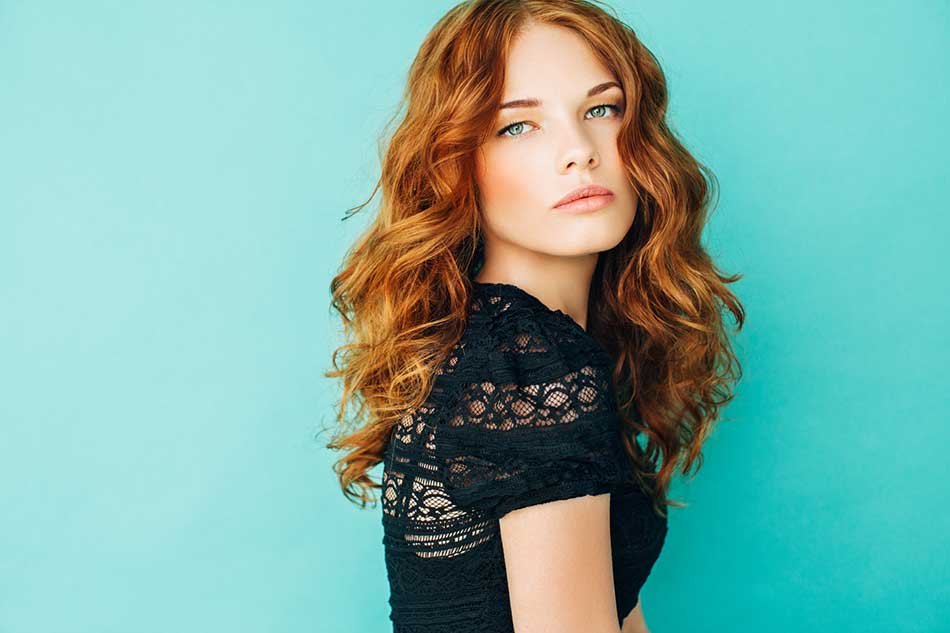 Plenty of others shoot video.

In fact, when I’m out and about taking photos, I’d say I see more photographers capturing movement than anything else.

But for those of you that focus on still images of still subjects, like portraits, you’re in for a treat.

Canon’s 5DS R, a full frame DSLR, has tons of features that make taking still photos - whether that’s a portrait or a still life - much, much easier.

And you know what else?

Not only will it be easier to take your photos, but the photos themselves could very well be better!

Talk about a great deal!

Let’s find out why… 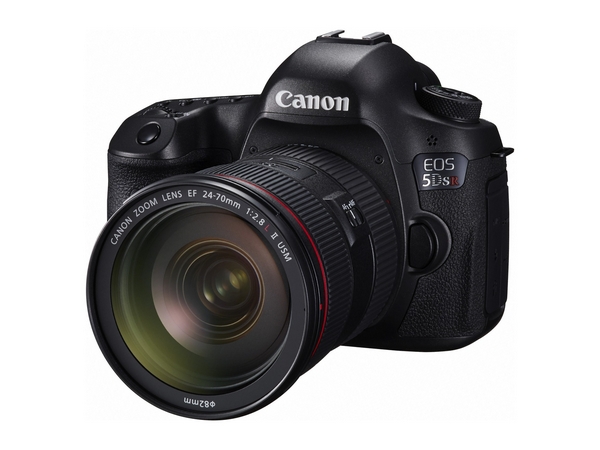 If you were to look up “amazing resolution” in the dictionary, there’d be a picture of the Canon 5DS R next to the definition.

With a 50-megapixel CMOS sensor, it’s no surprise that the image resolution is off the charts. In fact, you can print absolutely enormous photos without losing detail because of the quality of the images the sensor creates.

Not only that, but you can zoom in on your regular photos to blow them up to sizes that were impossible before - all without noticeable degradation of the image quality.

Not many cameras can boast that!

But the quality doesn’t end there...if the scene has good lighting, the 5DS R will go toe-to-toe with the very best professional cameras on the market today. You’ll notice superior quality, especially if you keep the ISO at 800 or below.

Canon wanted to give you access to more information in the viewfinder, and the 5DS R delivers on that front.

When looking through the viewfinder, you see an overlay of graphics that display information related to the AF system, exposure, white balance, shooting modes, and various other important details that, if you’re privy to as you shoot, can help you create more compelling photos.

Better still, the viewfinder has an electronic level built right in, so you can rest assured your landscapes and portraits have a level horizon.

If that’s not enough, if you happen to be using one of the crop factors on the 5DS R (either 1.3x or 1.6x), the size of the corresponding image will be shown in the viewfinder with the eliminated pixels grayed out. That’s handy for those instances in which you’d prefer not to shoot full frame. 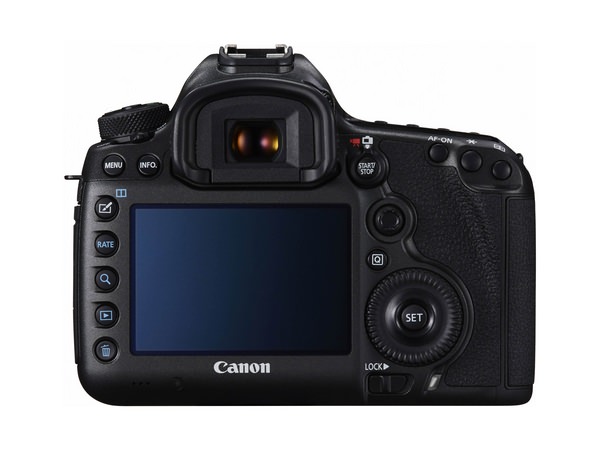 The viewfinder of the 5DS R isn’t the only viewing apparatus that’s gotten an upgrade.

The 5DS R sports a 3.2” ClearView II LCD, which has 1,040,000 dots that produce a highly accurate display. The display is clear, bright, and sharp, and with an anti-reflective element, that means you can view the LCD even if you’re taking a portrait in the brightest of shooting conditions.

If you need to shoot in live view, the LCD offers gridlines to help you compose your image. In fact, you can show a grid with 9 or 24 grid sections, or you can display 9 sections with diagonal lines.

Naturally, the LCD performs well for image review too. Zoom in or out up to 16x to inspect even the smallest details of the image. You can even protect images, erase them one by one or in batches, or view slideshows of your images with just a few menu selections.

Though some sensors that sport ultra high resolution have been found to produce a diminished dynamic range, the same can’t be said for the 5DS R.

The 5DS R has two DIGIC 6 processors, which process data faster than any previous Canon processor, and does so more intelligently as well. That means the processor can, among other things, analyze the image, and if too much noise is indicated, automatically reduce the noise so your image is clear and sharp.

What that means is that you get images with better shadows, which retain more detail, thus giving you an improved dynamic range for your portraits. 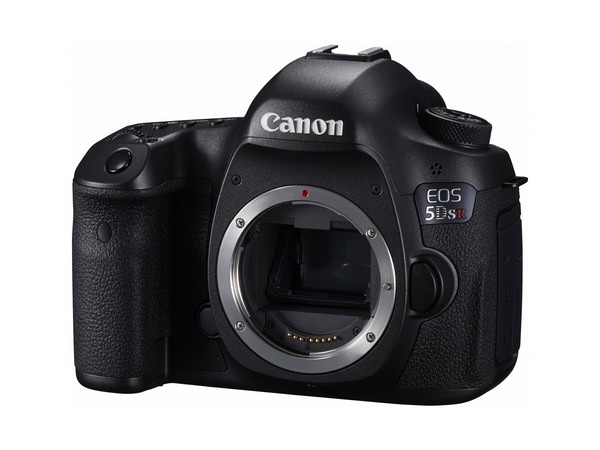 Canon wanted to create a camera that offers photographers the ultimate in sharpness.

The 5DS R has a highly advanced mechanism that controls the mirror. Called Mirror Vibration Control System, it moves the mirror with a motor and cams, which nets precise, shake-free movements, unlike traditional DSLRS that use springs to move the mirror.

What does that mean, exactly?

Not only does that mean that the movement of the shutter no longer causes vibrations that lead to blurry photos, but it also means that your camera will be able to operate a little quieter. That’s a great benefit if you’re photographing noise-sensitive subjects, like a wedding or a sleeping baby.

Photographers that opt for a camera of the caliber of the 5DS R rightly expect a precise autofocus system.

It has 61 AF points in a High Density Reticular AF system. Up to 41 of its AF points are of the cross-type variety for more precise sampling. What’s more, the AF system is fast, giving you the ability to make quick adjustments to your composition without worrying if the AF system can keep pace.

Part of the quickness of the AF system is due to the RGB+IR AF sensor, which has 150,000 pixels. Beyond that, the system utilizes Canon’s iTR intelligent Tracking and Recognition system to help track moving objects, should you decide to foray beyond still photography into the world of action photography.

Either way, the AF system is purpose-built to handle just about anything you throw at it. 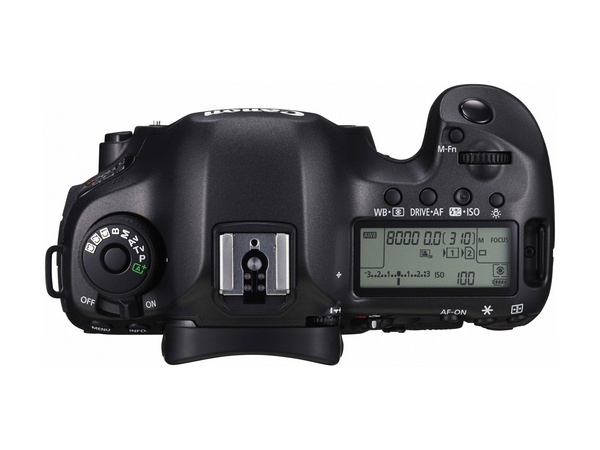 With an adapter card, the 5DS R becomes a wireless powerhouse, able to communicate with your laptop, tablet, or even your phone.

That means that no matter what you’re photographing, you can link your computer so that you can make essential changes to your camera settings without actually having to physically touch the camera. And, with a range of over 30 feet, you don’t even have to be that close to your camera!

What’s more, with Wi-Fi capabilities, you can quickly move images from the 5DS R to your computer for review on a larger screen. That also means quicker uploading of your images to storage sites like Dropbox, faster post-processing, and quicker printing too. In short, it’s not just a gimmick that Canon threw in - it’s a bonafide feature that will help improve your workflow.

In a sea of new cameras, the Canon 5DS R certainly stands out. As noted earlier, its resolution is astounding, and that alone will convince some photographers to make this their next camera.

However, there are plenty of other features to get excited about, from the improved viewfinder and LCD to the quality AF system and excellent dynamic range.

What you won’t get is a camera that has jaw-dropping video performance or which will allow you to work in super low-light conditions. If those are requirements, this isn’t the camera for you.

But, if you take a lot of portraits or if you need the capability of enlarging your photos into massive prints, give the Canon 5DS R a good, long look.

Read more reviews on the Canon 5DS R on Amazon.