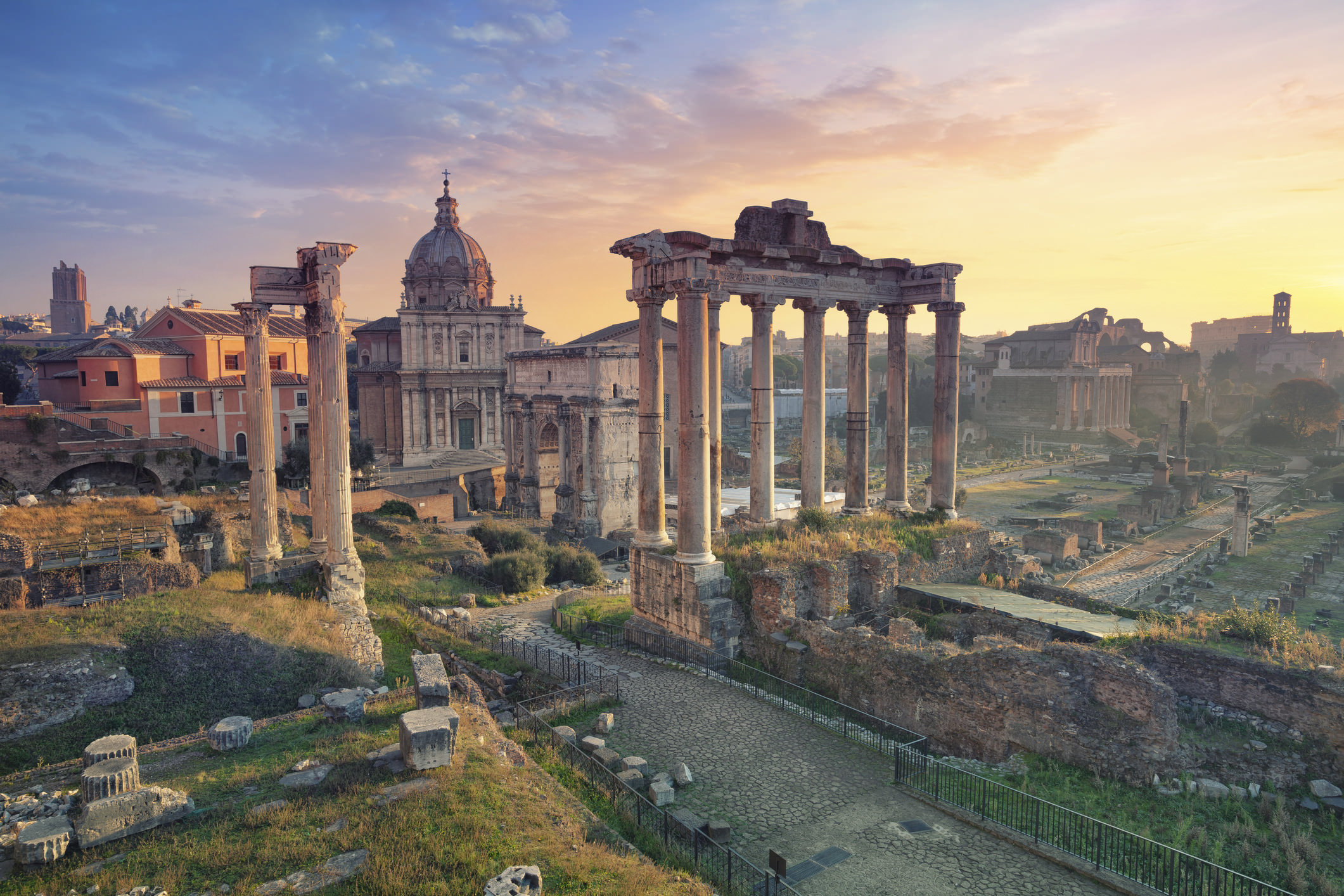 I don’t know about you, but it’s been a long week.

Now it’s time to look forward to the weekend and some relaxing time spent with my camera!

Last week, I offered up a few landscape images to inspire your photography pursuits.

This go round, I found a handful of dramatic photos of Italy to serve as fodder for your creativity.

These photos exemplify many of the traits that we should all strive to incorporate in our photos - visual balance, gorgeous lighting, various layers, and contrasting colors, just to name a few.

I could go on and on here, but I’ll just let these photos speak for themselves.

If you’re like me, after viewing these photos, you’ll find yourself wanting to plan a trip to Italy! 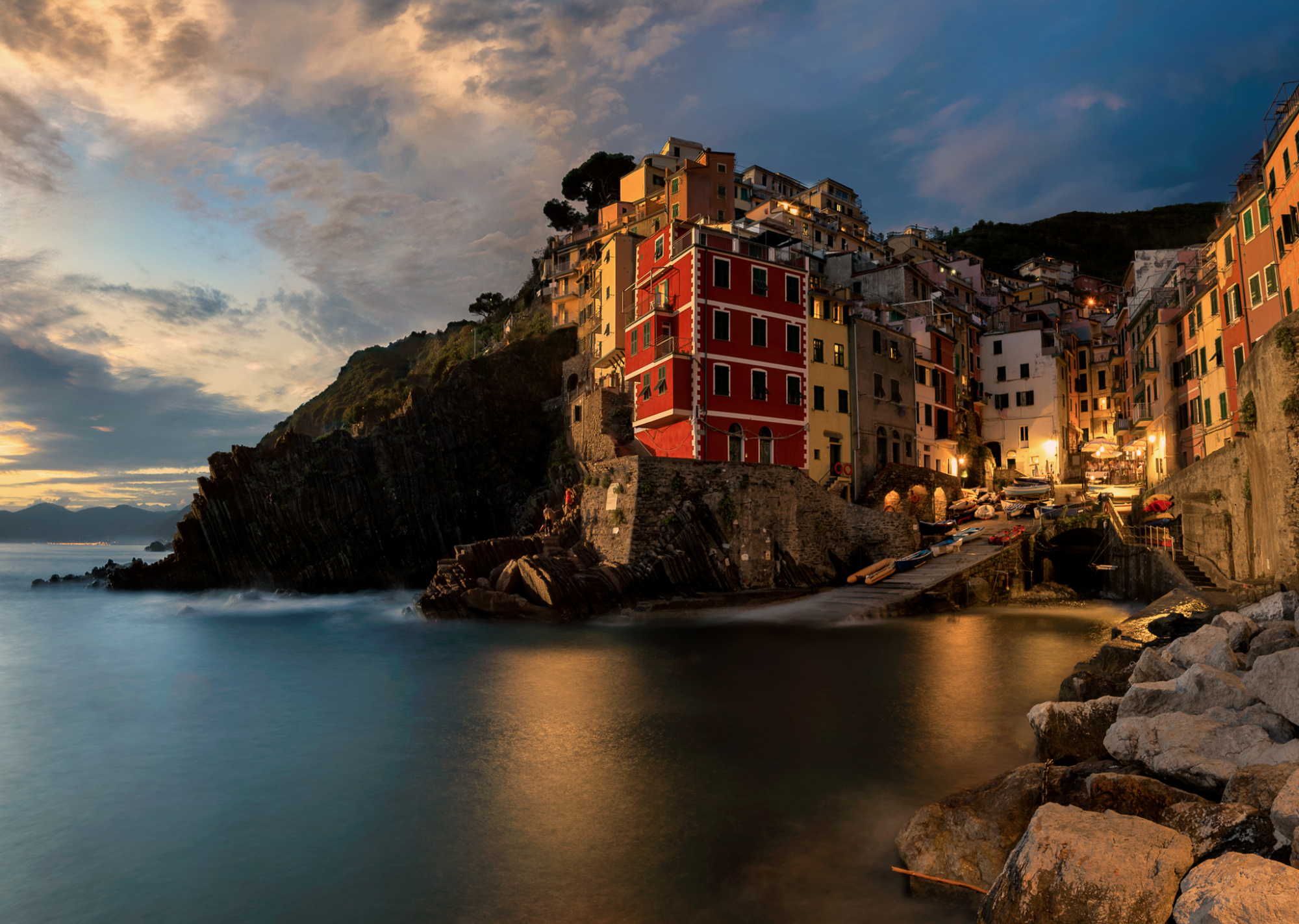 If you didn’t think you needed a vacation, after seeing this photo, you probably do! What’s not to like about this photo? The long exposure gives a calmness to the water, and that calm is accentuated by the soft evening light as it falls upon the buildings along the shore. The linear nature of the buildings creates a nice contrast with the softness of the water as well as the clouds in the background. I’m not sure the composition could have been any better! 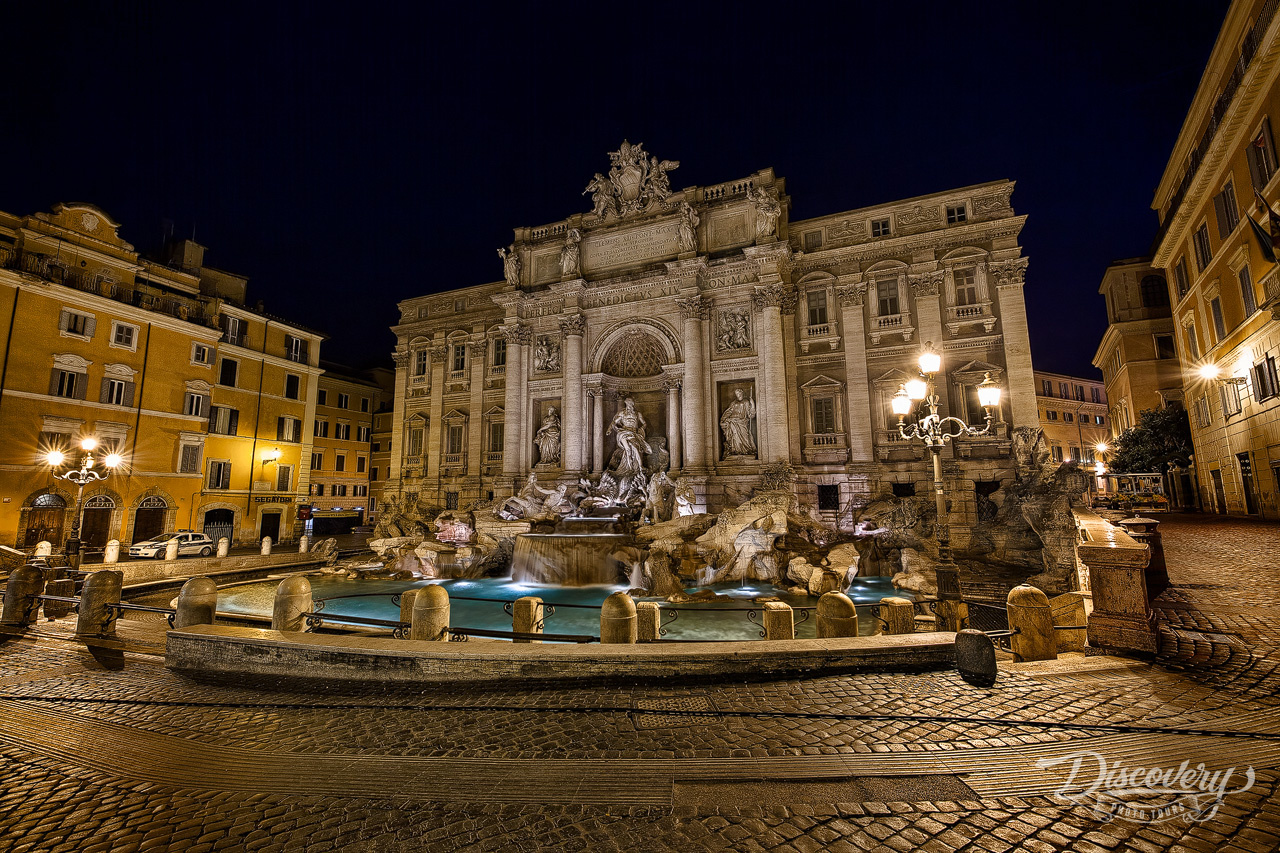 As the caption on this photo says, “Legend has it that if you toss a coin in the Trevi Fountain, you will return to Rome one day.” That would be nice, as there are so many architectural wonders in Rome that a photographer could spend a lifetime documenting them all. Let this image serve as inspiration for such pursuits. The nighttime shot makes the scene as the dark backdrop allows the fountain and surrounding buildings to become more prominent. The soft light on the building highlights the details of the sculptures, and the starbursts from the street lamps add just a touch of interest. I mean, wow! 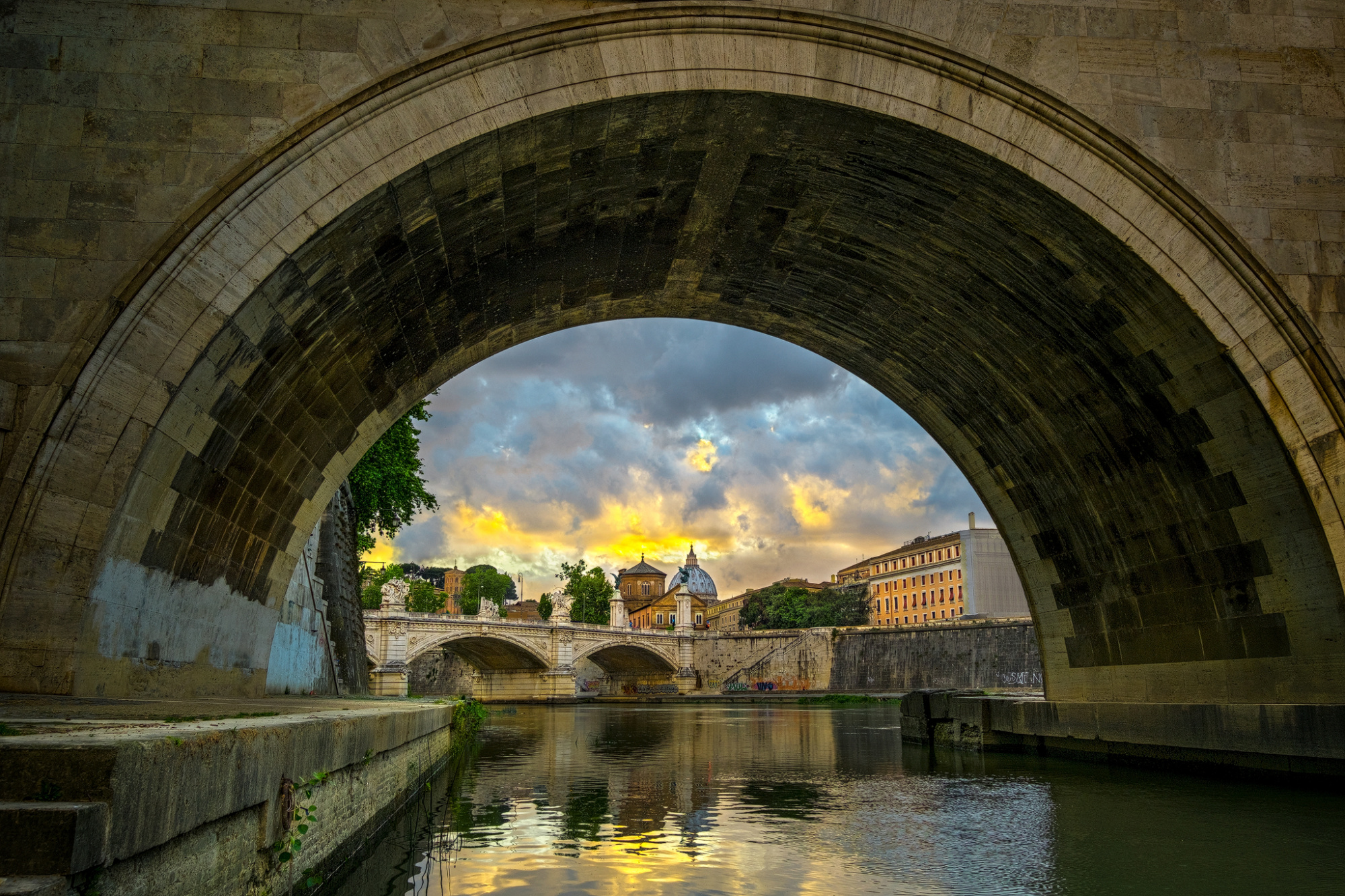 Using a frame within a frame is a compositional trick that has many uses. The frame not only helps direct the eye towards the primary subject - in this case, the Vatican - but the frame also helps mask other details from view. Doing so makes the subject more prominent in the scene. Likewise, the arch of the bridge adds visual interest to the shot, as do its darker tones, which contrast beautifully with the bright colors of the sky in the background. 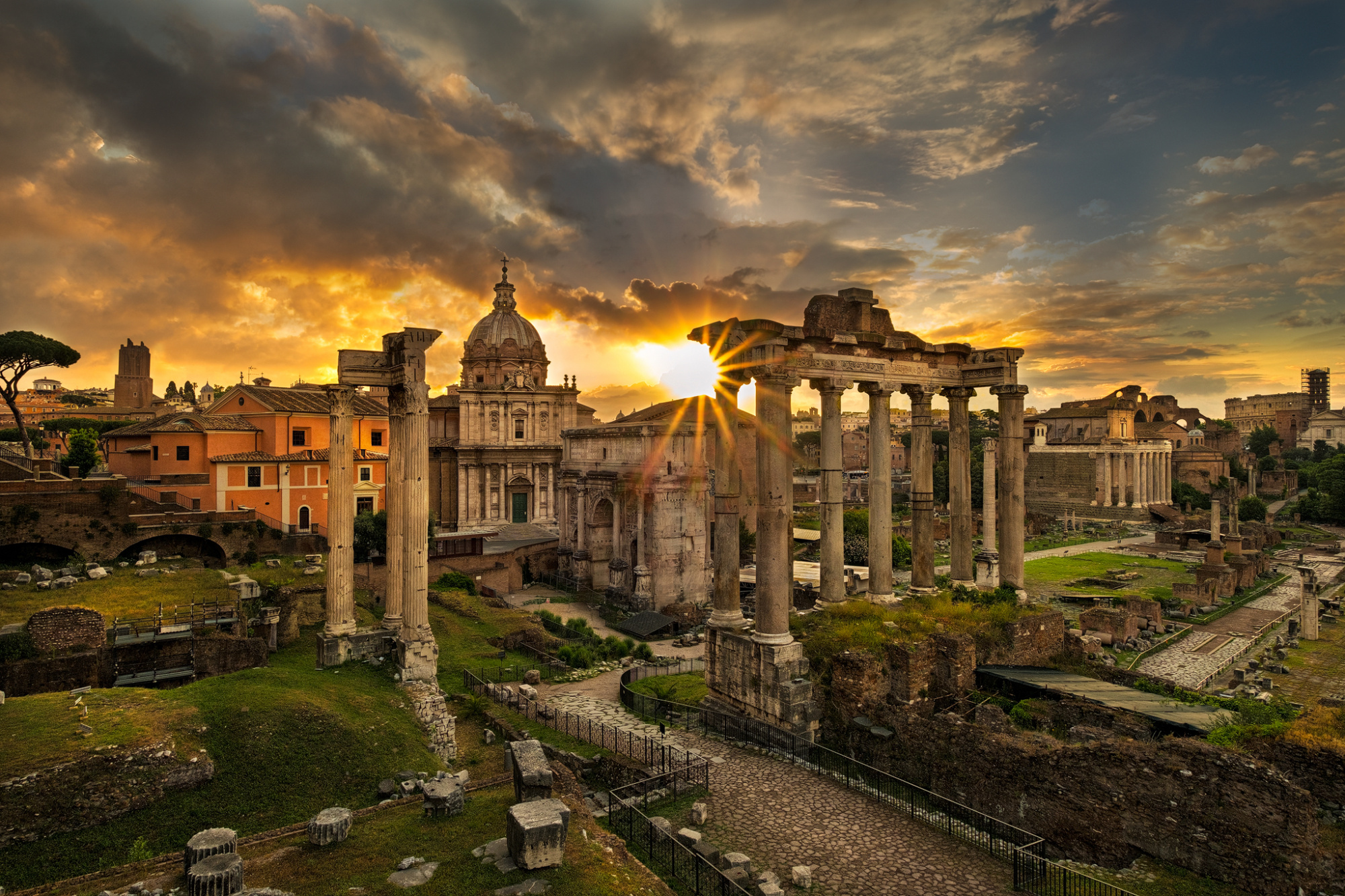 This image is a great example of how getting up early or staying out late will help you capitalize on dramatic lighting that creates a more compelling image. In this case, the rays of the sun exploding from behind the remains of The Forum not only give added visual interest but also warms up the image. The cool tones of the buildings and the grass in the foreground also work well with the orange tones of the clouds in the background. 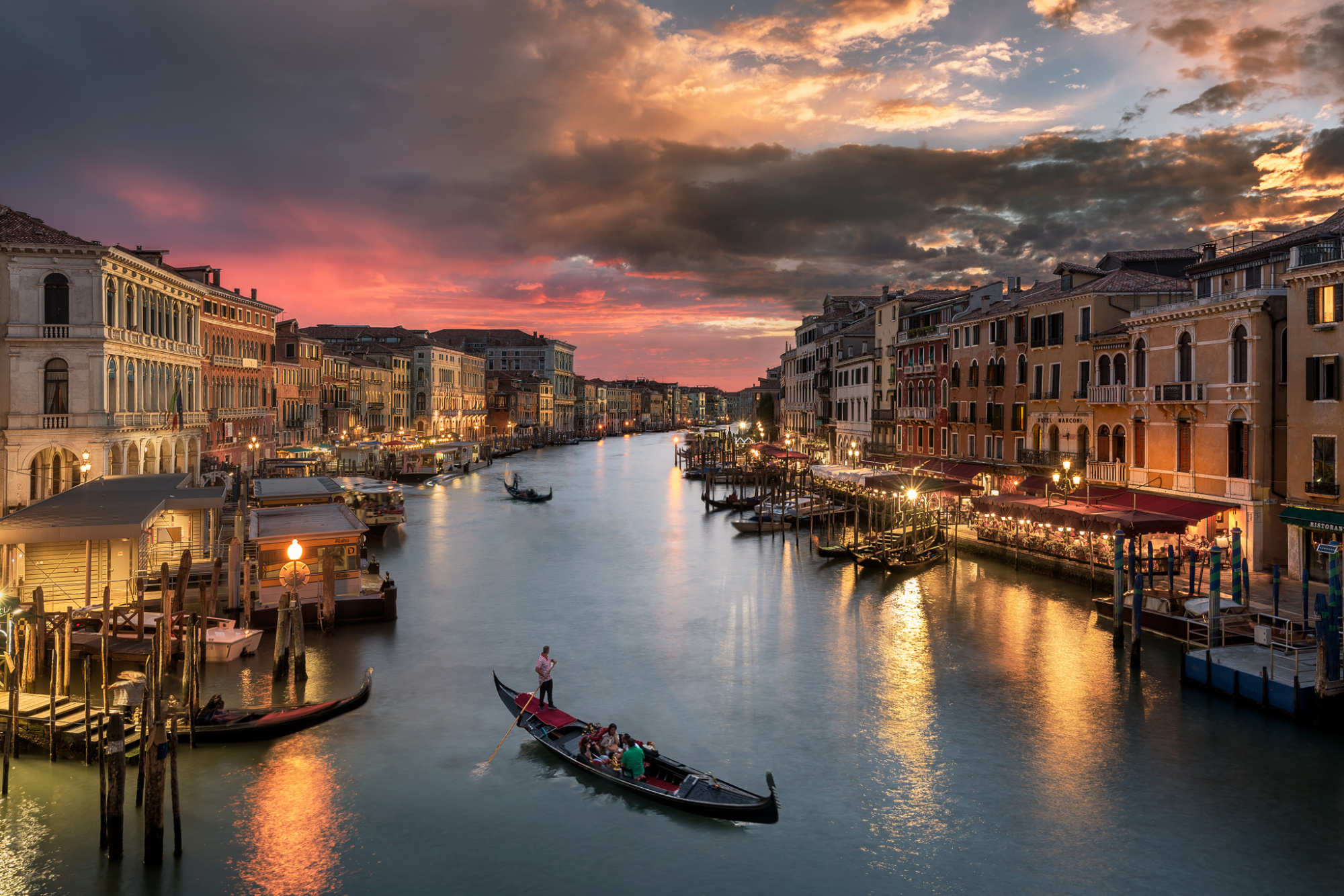 Venice’s beauty is on full display in this shot of an everyday scene from the Grand Canal. The formality of the buildings - with their strict architectural details - is juxtaposed nicely with the softer elements of the colorful and whimsical sky in the background. The addition of the gondolas full of tourists in the foreground helps soften the image as well, providing a prime example of how beauty can be found in activities of simple daily life. 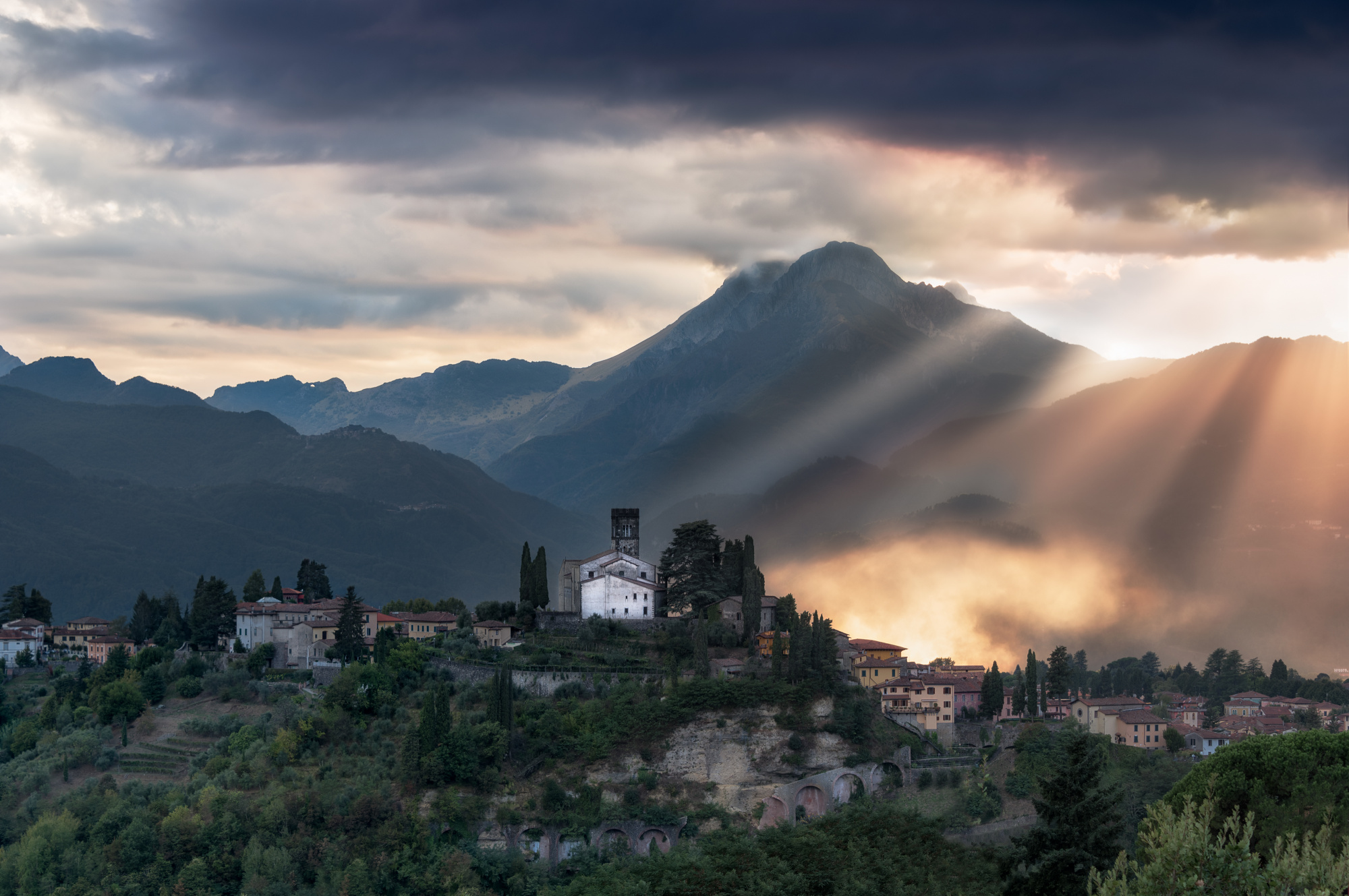 As we all know, lighting is the key to any good photograph. This image shows us why. Between the village in the foreground and the mountain peaks in the background, there’s plenty of detail in this image to hold our attention. But, with the addition of the beams of light filtering through the clouds and the soft, pink tones of the sky, this image is taken to an entirely other level. The fog rolling upward from behind the town is a great touch too! 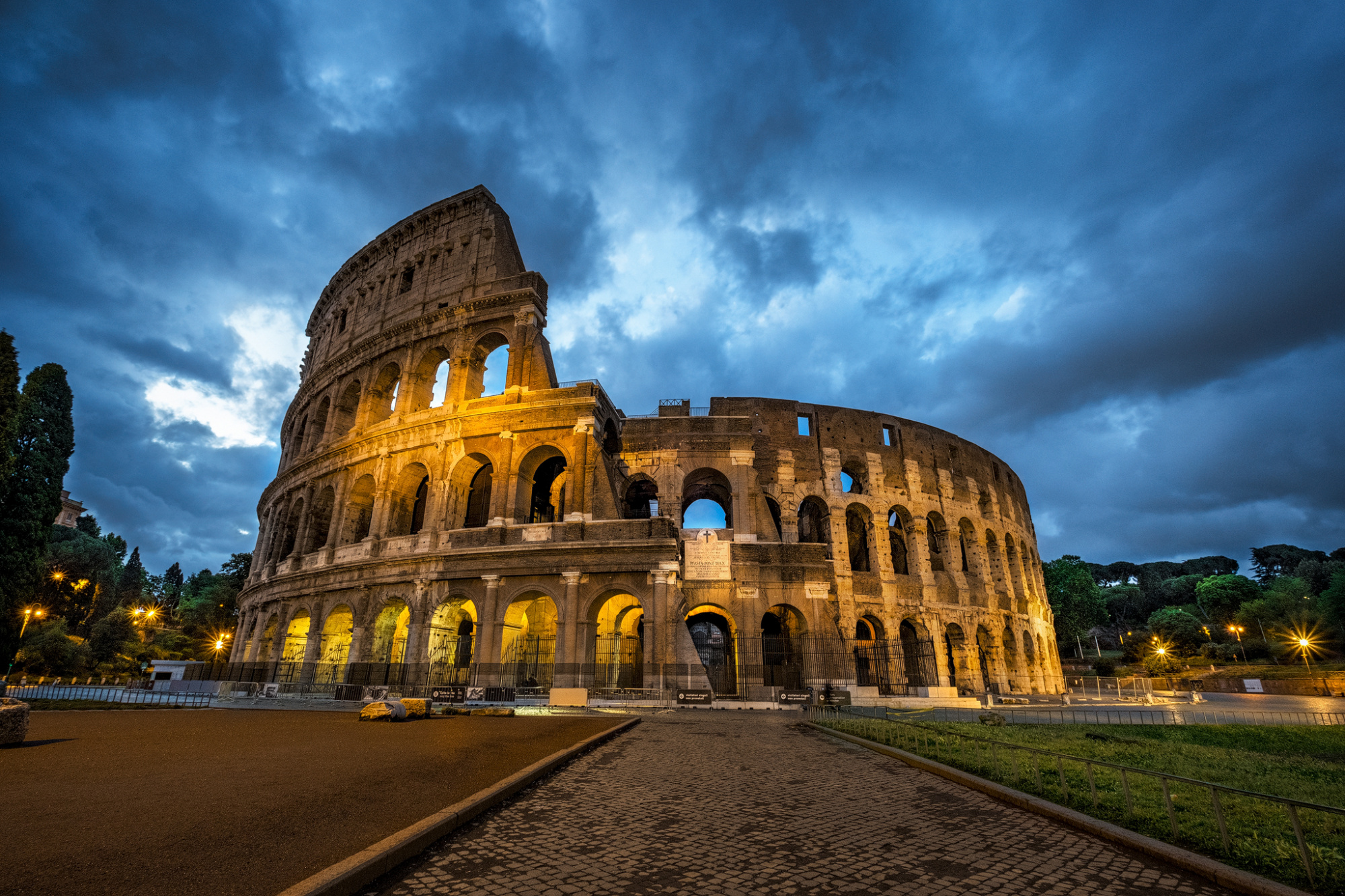 The Colosseum is an imposing and interesting enough building that it can stand on its own in a photo and provide plenty of drama. However, this image shows us how the surrounding environment can help enhance the impact of an architectural subject. The dark cloud cover gives the scene an ominous feeling, helping us to identify with the many gladiators that entered the building only to find death. Also helpful in enhancing the larger-than-life feeling of the building is the upward angle of view, which makes the Colosseum feel taller than it is.

The combination of color and light in this photo is an excellent example of how to create an image with vibrancy and life. The warm rays of the setting sun highlight the rich colors of the village’s buildings. Those colors contrast beautifully with the deep greens present in the foreground and background, giving the photo tons of visual depth. Also helping in that endeavor is the subtle leading lines created by the fence in the foreground. Even those slight up-down sight lines help move the eye into the shot to take full view of the colors and light on display. 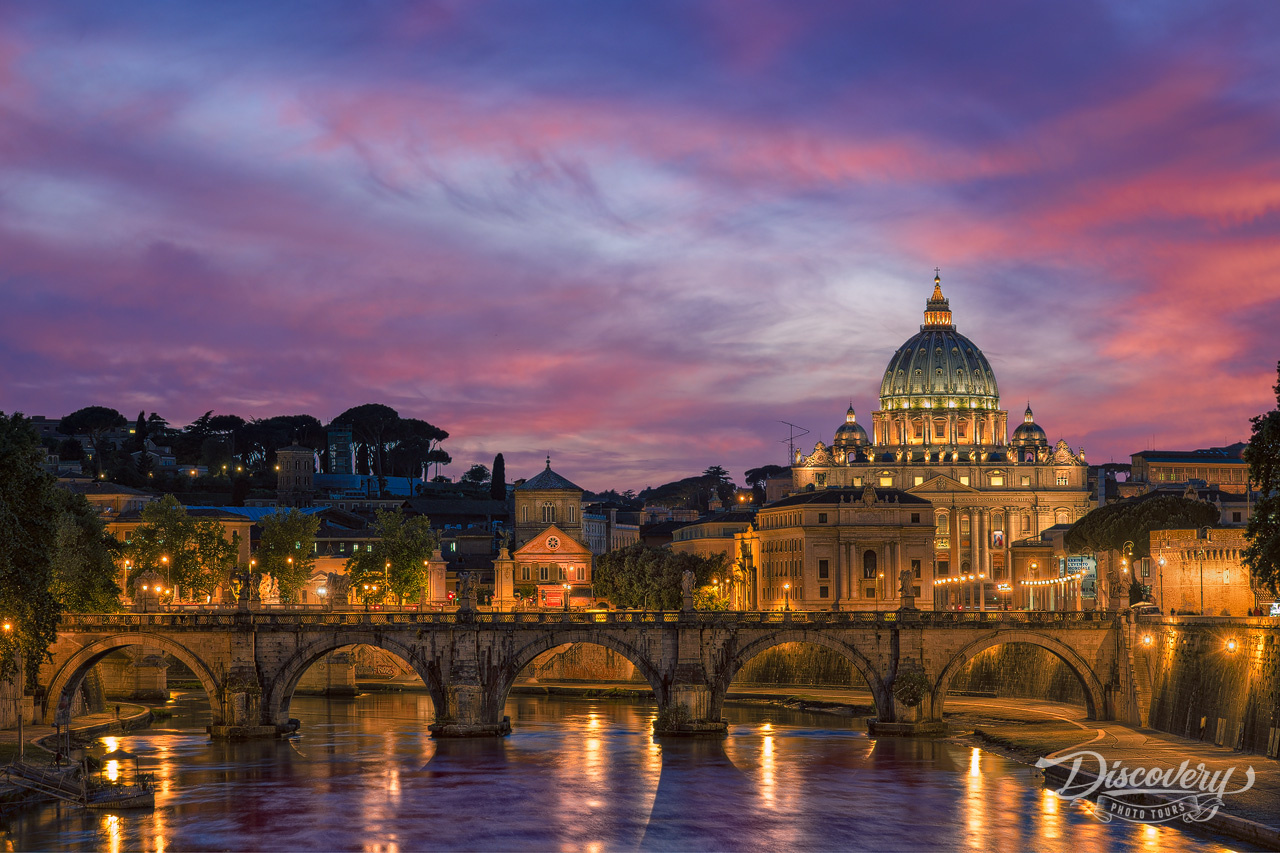 The Vatican by itself is a subject that’s got plenty of visual interest to command attention in a photograph. But in this instance, the beauty of the Vatican is enhanced by the other architectural elements in the scene. The repeating arches of the bridge in the midground mimic the shape of the dome in the background, giving the image greater depth. The soft artificial lighting of the street lights adds a nice touch as well, helping define the smaller details of the buildings in the shot. Those colors in the sky aren’t bad either!

Like I said, after seeing those incredible photos, I’m ready for a trip to Italy...

And if I go to Italy, it will be with Discovery Photo Tours. From Rome to Tuscany, Cinque Terre to Florence, their photo tour of Italy is packed with the very scenes in the images above.

The beauty of these photo tours is that they are ideal for photographers of any skill level. Even if you just picked up a camera last week, you will find that the time spent touring Italy (or one of their other incredible destinations) is well worth your time. Heck, along for the ride on the tours are professional photographers that will help you develop your skills to create better photos, so it’s a tour in which you get to see the world and learn more about photography at the same time.

If you ask me, that’s not a bad deal at all!

Want more inspiration?  Check out Discovery Photo Tours. (You'll be happy you did)