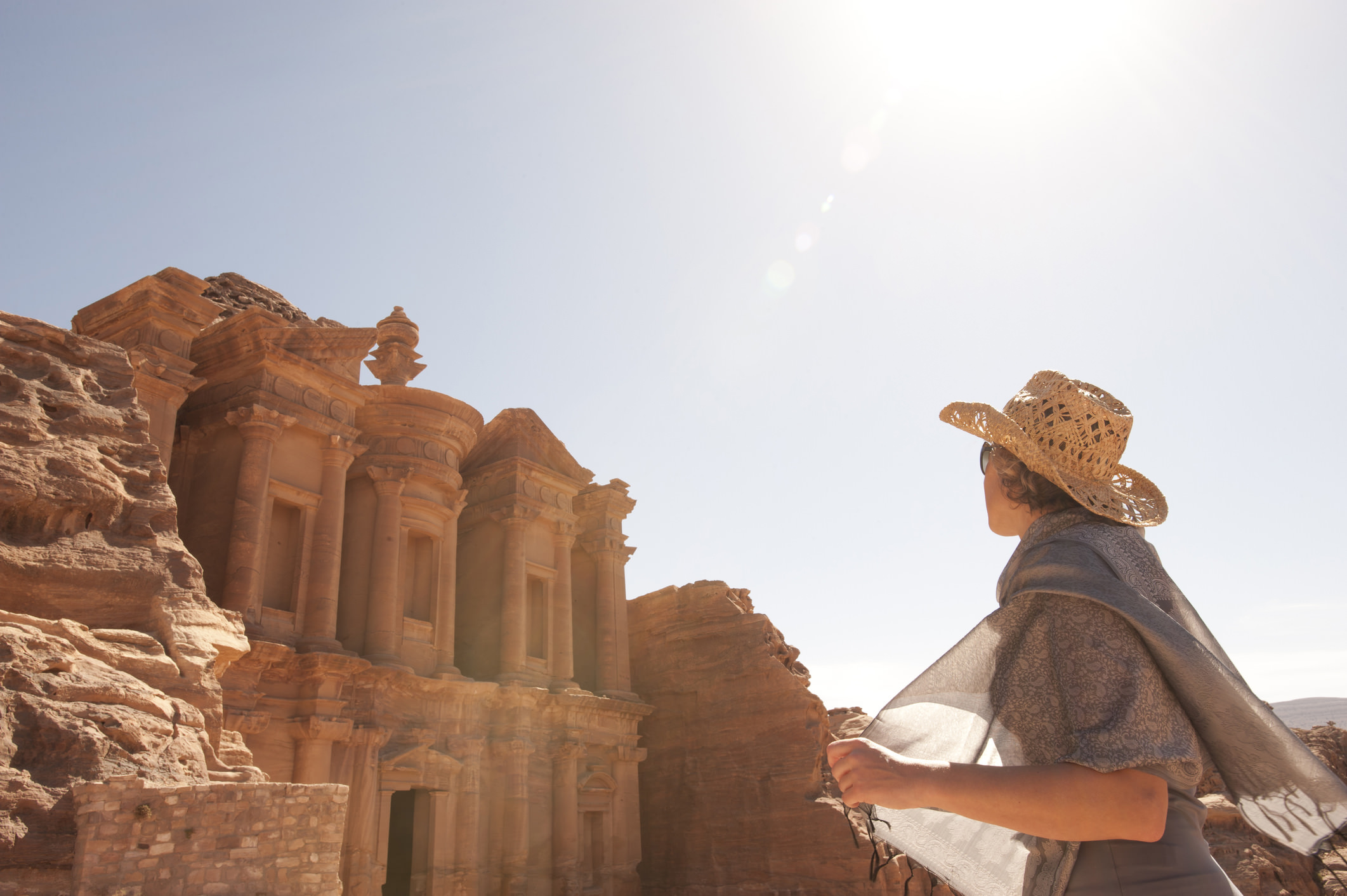 When I think about traveling, my mind wanders to two very different places.

I think of the beach. I also think about old, ancient buildings.

I’m not sure what connection there is between the two, but it’s there in my head nonetheless.

Since I get to visit the beach quite often, I thought I’d take a visual journey around the world and inspect a few beautiful examples of architecture.

I thought you’d enjoy coming along for the ride!

With that in mind, I’ve got nine photos of architecture that make me want to hop on a plane and do some exploring.

I think they’ll have the same effect on you too. 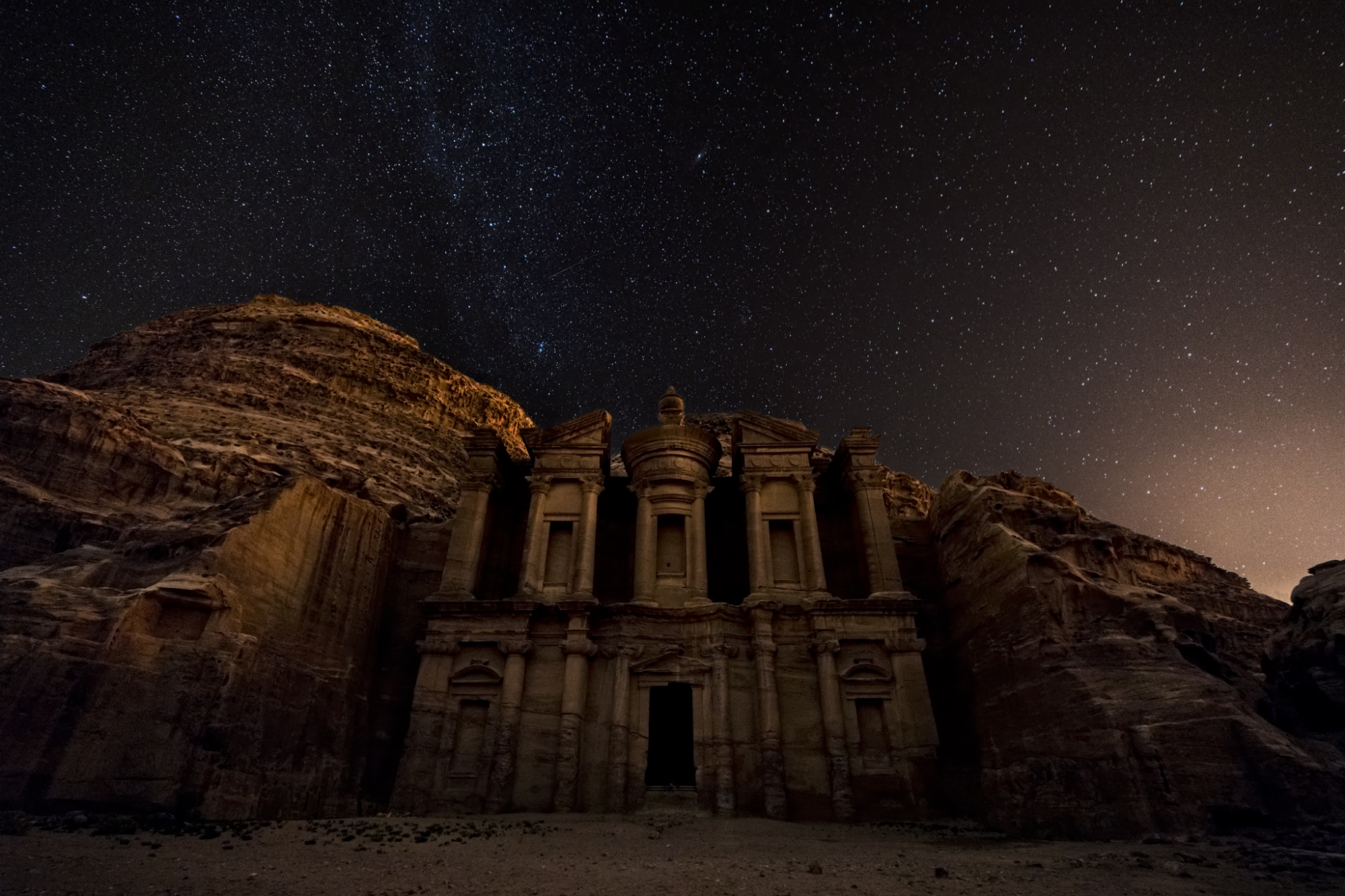 The tombs and temples at Petra have got to be some of the most iconic structures on earth. Not only is there incredible detail to be captured in their facades - which are carved right into the sandstone cliffs - but as we see in this photo, the buildings pair nicely with a star-filled sky as well. Note how there is enough light in the scene to contrast nicely with the dark, featureless areas of the building’s facade, giving the shot an incredible amount of depth.

When highlighting architecture in a photo, it’s important to remember that you don’t always have to focus on a single building or detail. Here, we see this concept on display with a wider look at the various architectural gems in Florence. The soaring towers and domes are obviously the greatest point of interest, but by including the context of the surrounding city, we’re given a better understanding of just how large those towers and domes actually are. The evening light of the sunset only helps to add a further level of visual interest. 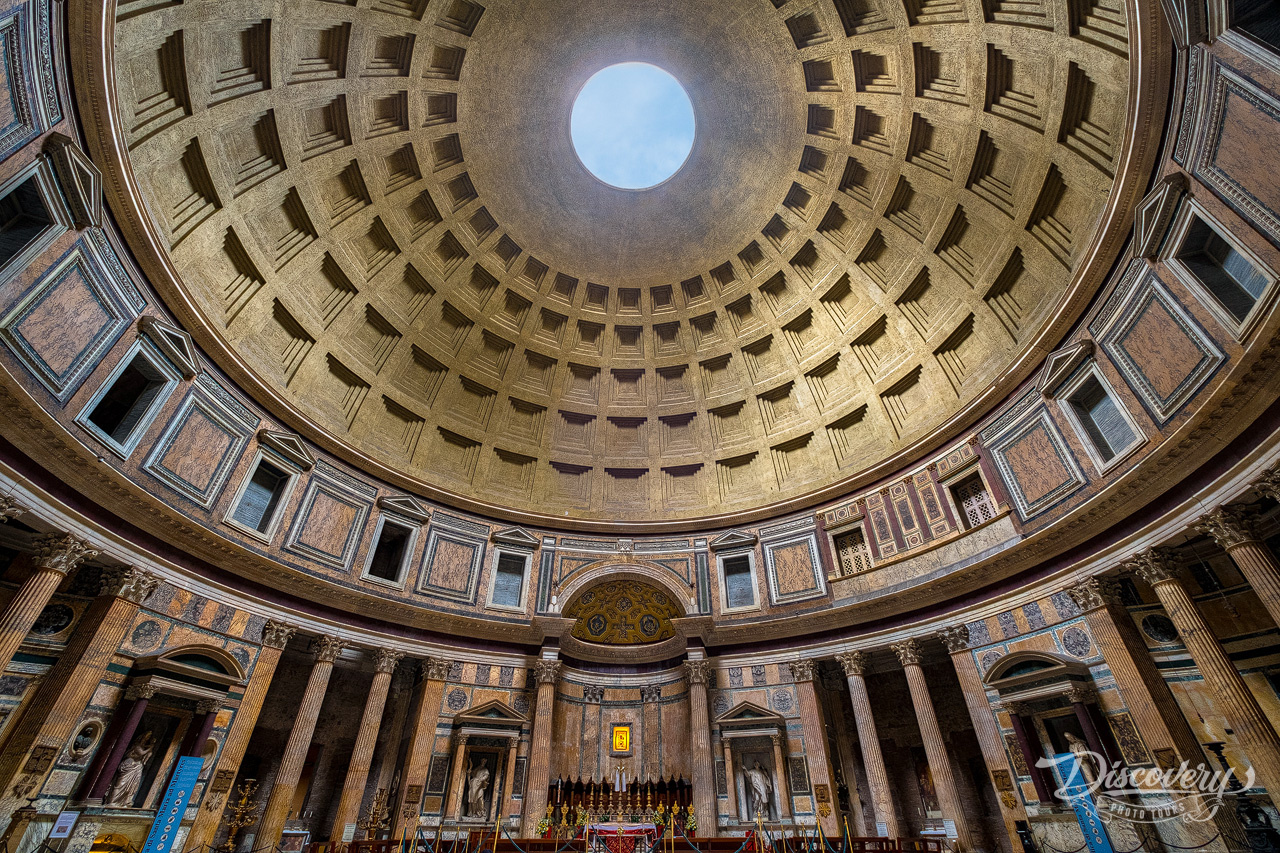 At 2,000 years old, the Pantheon is certainly an architectural marvel that has stood the test of time. Here, we see the results of using a super wide-angle lens (15mm) to capture the scope and scale of the magnificent curved ceiling. Note as well that rather than looking straight up, thereby omitting the detail of the columns at ground level, the photographer took a more measured angle of view to incorporate those details. 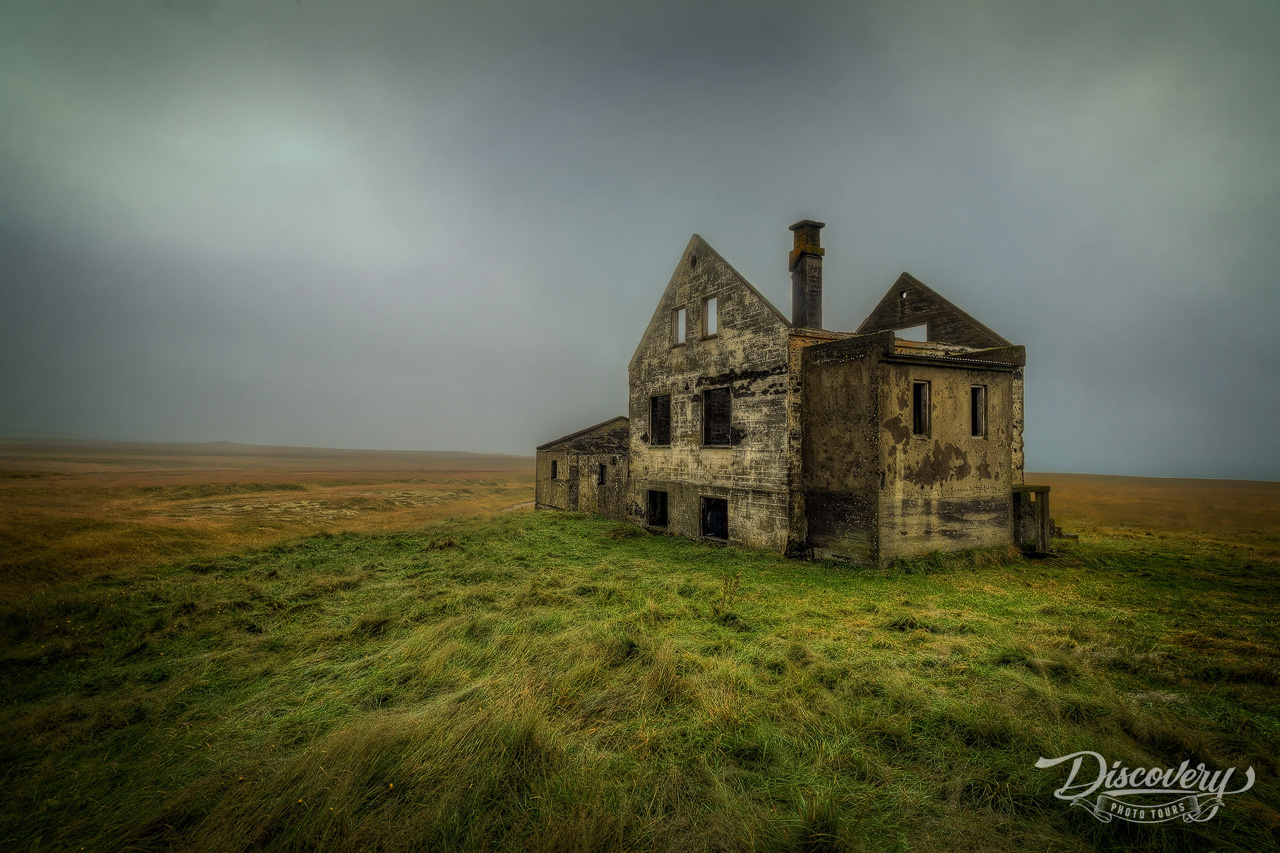 When I think of Iceland, I think of a land that’s incredibly beautiful, but also harsh. Here, the inclusion of an abandoned farmhouse amongst the texture of the surrounding landscape and the gray skies above gives a sense of softness to the shot. Though it’s seen many decades of harsh weather, the old farmhouse is still standing, a testament to its construction. What’s more, this image demonstrates that a powerful architectural photo needn’t be of an iconic building or monument to be able to tell a story and connect with viewers. 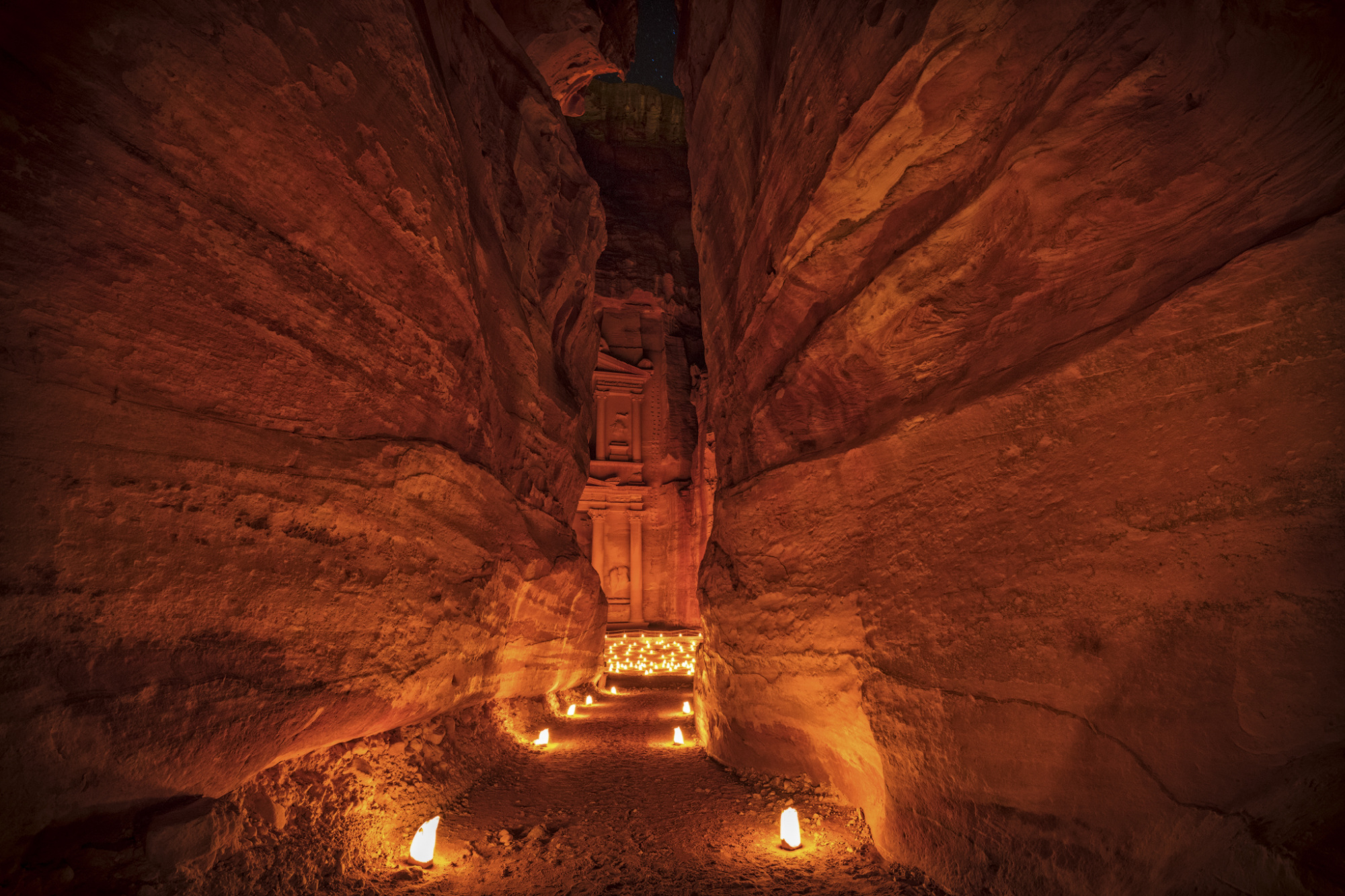 When taking photos of architecture, it’s important to remember that you can use unique and alternative points of view and still create an image that has a lot of visual impact. Here, because the view of the building is partly obscured, the image has a bit of mystery to it. Add in some ambient light to show off the texture of the walls along the pathway, and you’ve got a recipe for one intriguing photograph! 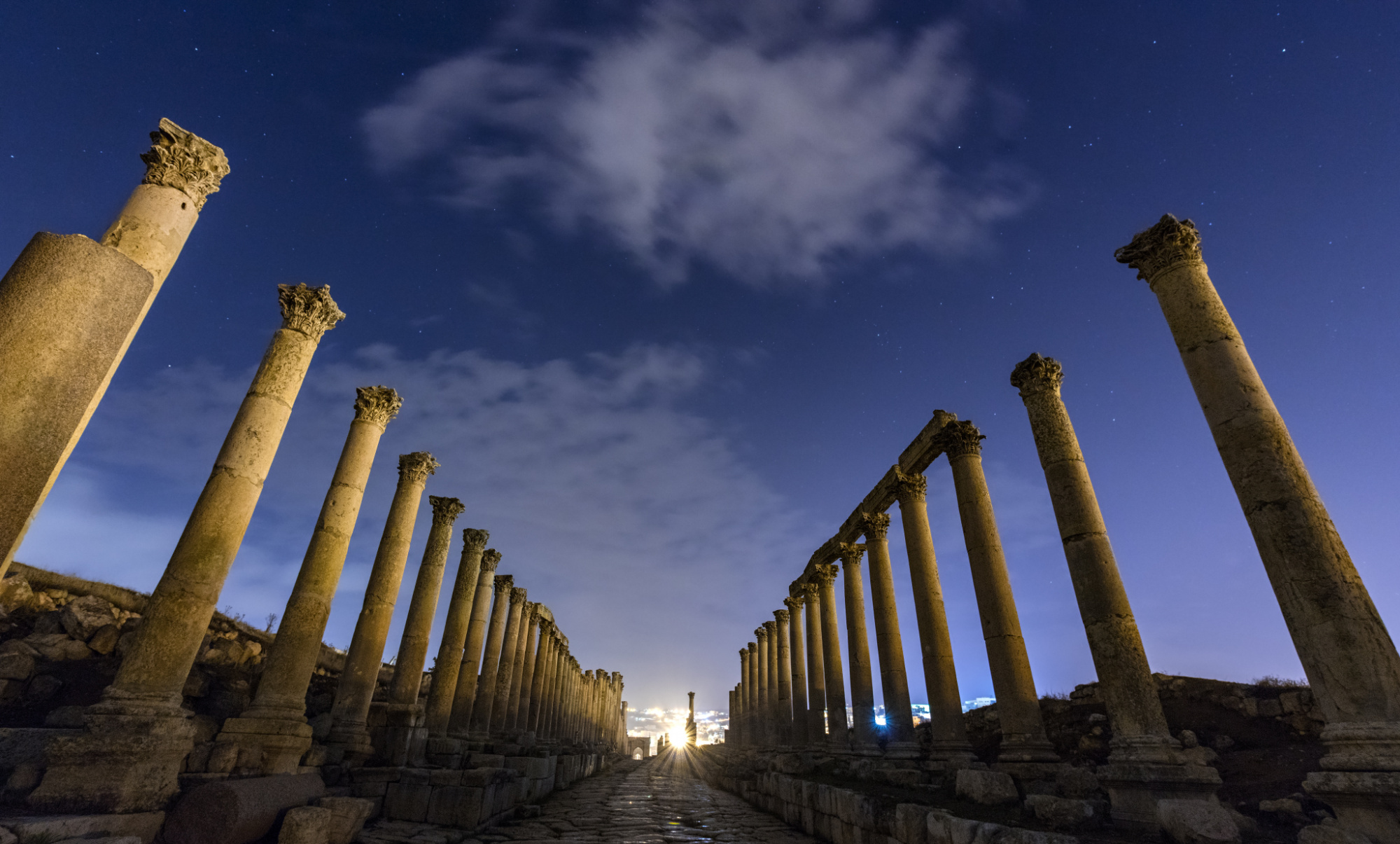 No one ever said that architectural photos had to be of buildings that are still fully intact. Here, we have a view of Roman ruins that still offer plenty of visual interest. The repeating pattern of the columns gives the image a sense of depth, while the verticality of those columns act as leading lines, taking our eyes from the texture of the foreground up toward the sky where stars are just beginning to appear. 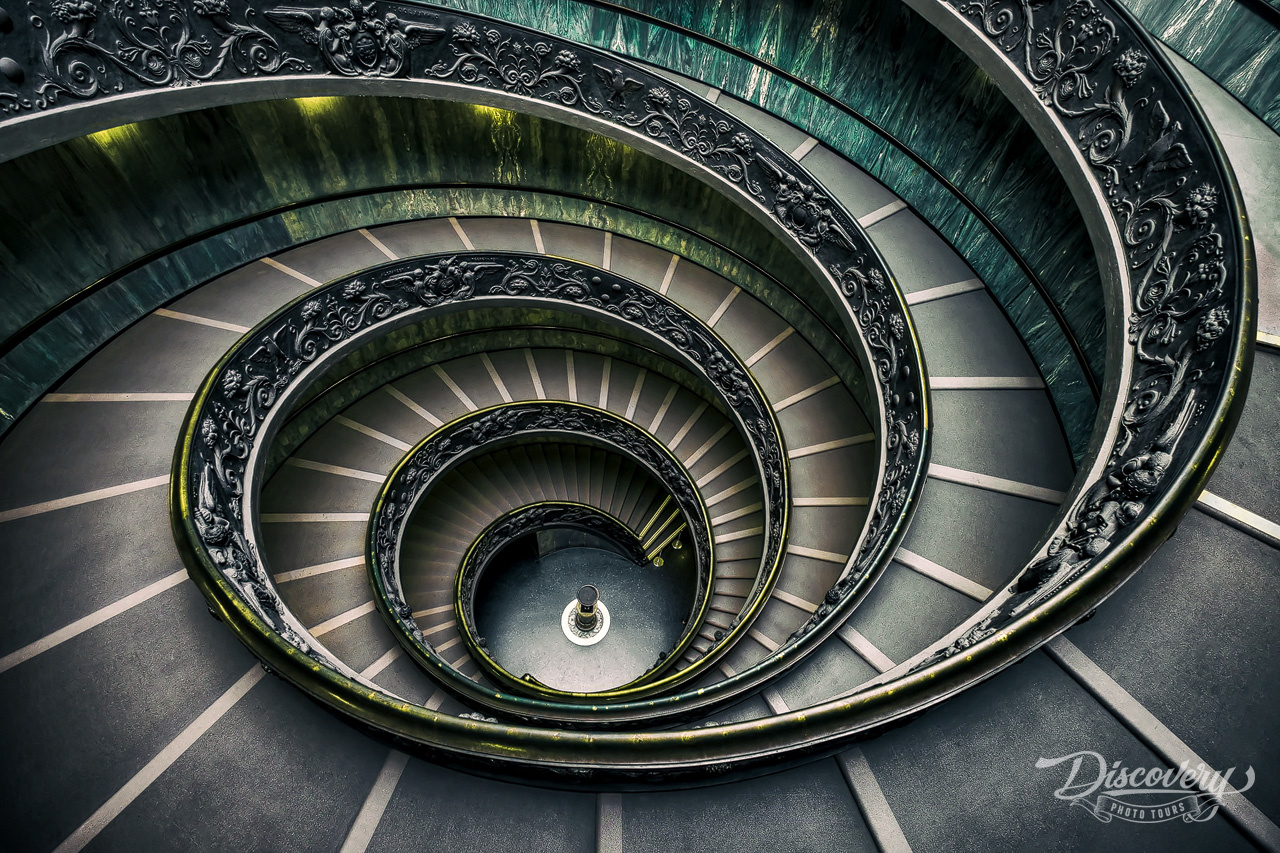 The Vatican Museum is full of incredible works of art, including this architectural masterpiece. The spiral created by the stairs makes me think of the golden ratio, which draws the eye downward to ground level, giving the image an incredible level of detail. The carvings on the railings of the stairs add a punch of detail that gives the eye an additional area of interest to inspect. The lighting couldn’t be better either! The soft, even lighting brings out all the details of the space, making this one stunner of an architectural image. 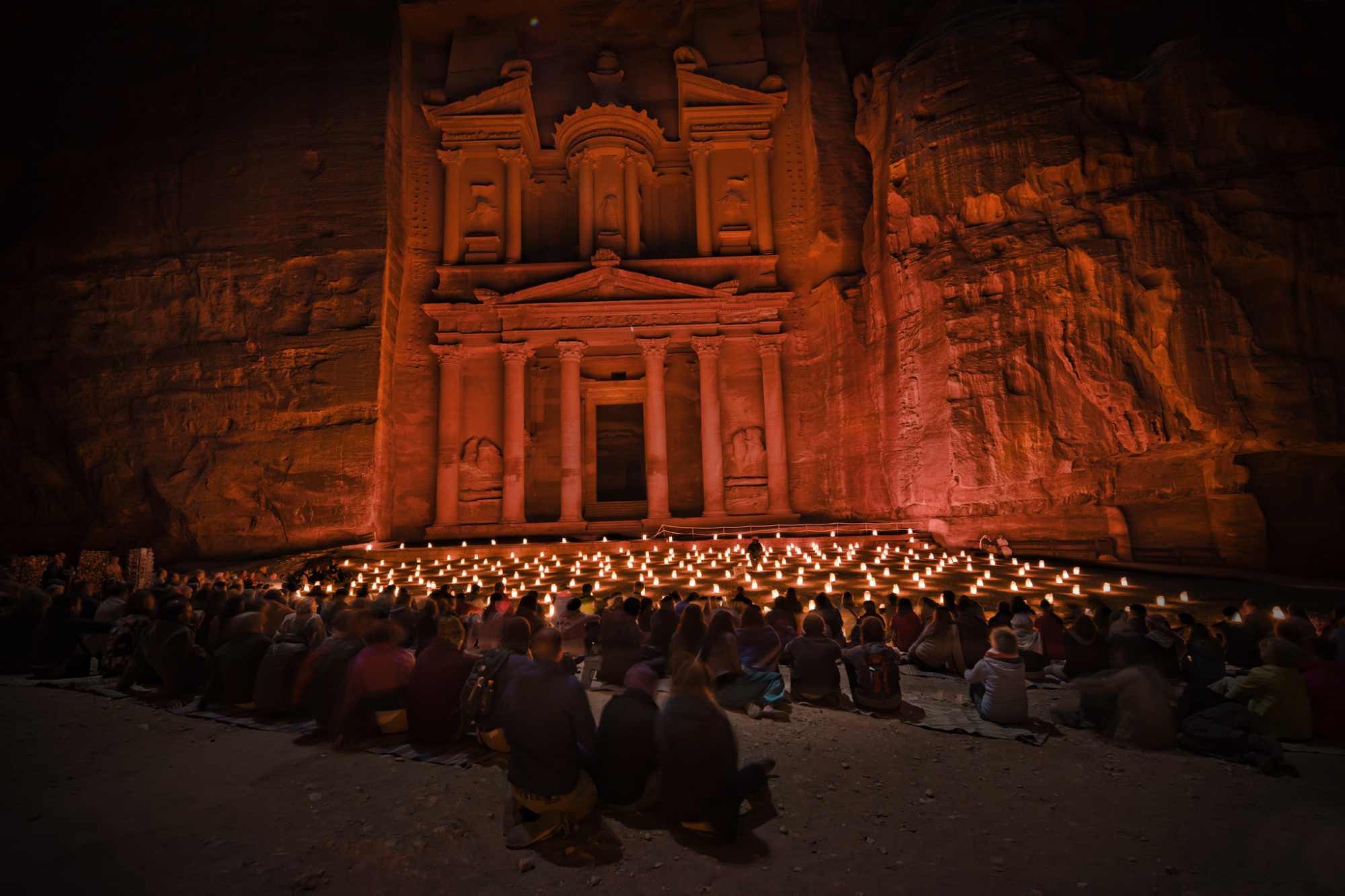 Photography is all about lighting, and in this case, we see how beautiful the soft, warm light emitted by hundreds of candles can be. The detail of the building is on full display, with its columns and ornamentation having just enough shadowing from the candlelight to show the depth of the facade. With the addition of people in the foreground, we also get a better sense of the sheer size and scale of the building and surrounding cliffs as well. 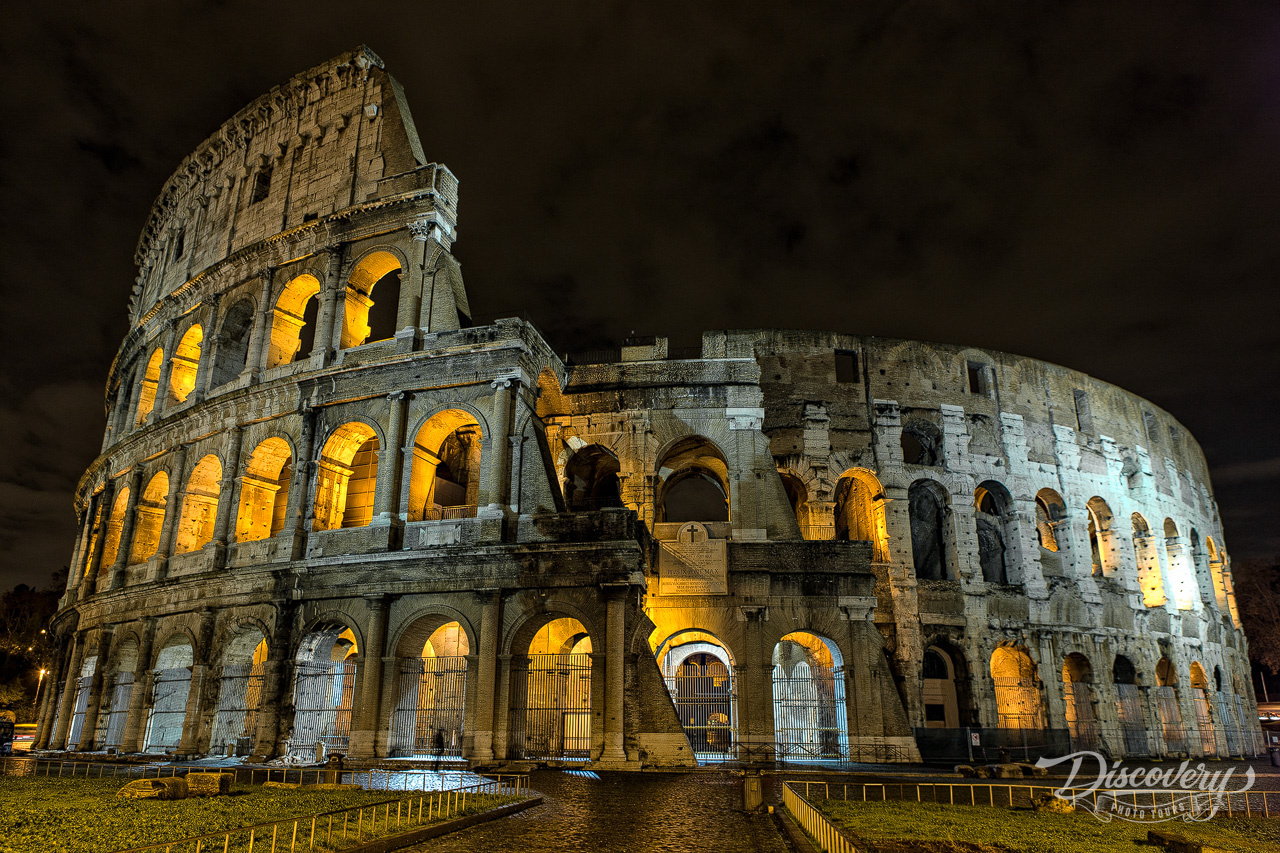 Ask anyone to list the most iconic buildings in the world, and I’d be willing to bet the vast majority of those lists will include the Roman Colosseum. Epic isn’t a strong enough word to describe a building that has been standing for so long and seen so much. Here, we see the value of taking architectural photos at night - the soft interior lighting accentuates the archways of the building while the harsher, whiter light coming into the scene from the right adds highlights and helps give us a better impression of the building’s exterior texture.

As I said in the introduction, these photos make me want to travel the world.

Well, if I decide to do that, it will be with Discovery Photo Tours.

Not only does Discovery Photo Tours offer tours of each location pictured above, but they do it in a way that allows you to enjoy the history and beauty of the area while also learning skills that will improve your photography.

In that regard, these tours aren’t just another tourist service that takes you from one spot to the next. Instead, you get to spend time in each location, learning about the area, the culture, and the traditions, while working alongside other photography enthusiasts to hone your craft.

Also on the journey are expert photographers, ready, willing, and able to give you feedback on your work and offer advice on how to capture more impactful photos of architecture, landscapes, people...you name it!

For more details about visiting the locations featured in this article, visit Discovery Photo Tours.