Landscape Photography Tip: One Thing That Will Improve Your Images in 3 Important Ways 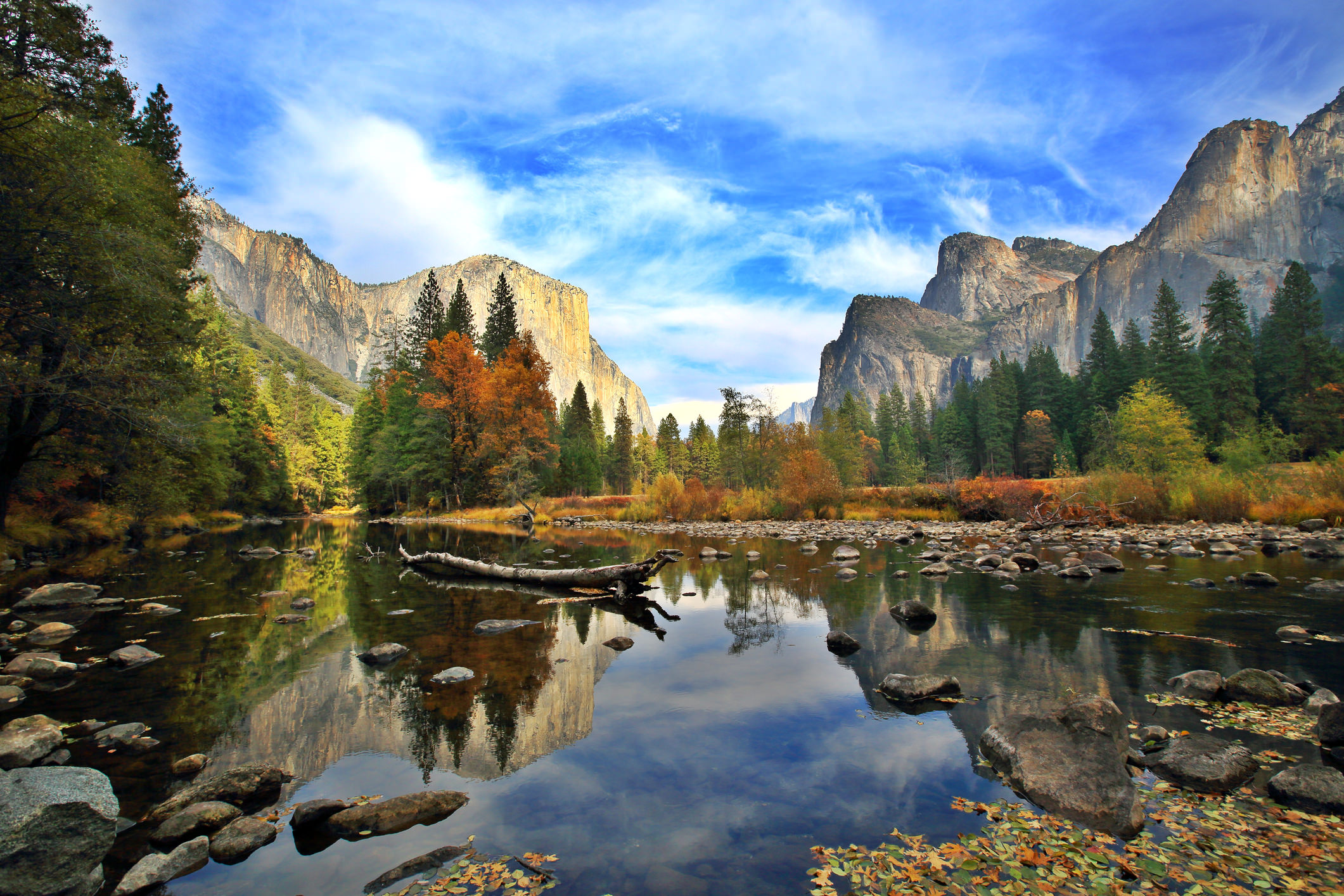 You’re probably thinking that the title I used for this article is just clickbait and that there’s no possible way that a single tool can improve your photos in so many different ways.

I assure you, though, there really is a single tool that is that versatile and has such a marked impact on your images:

A polarizing filter is an absolute must-have item for landscape photographers. In fact, I’d put it above having a tripod. It’s that important!

Why? Because good light is essential to landscape photography.

Yet for some reason, when I’m out shooting, I see people left and right without a polarizer.

I honestly think that perhaps people are just unaware of the benefits one gets from using a polarizer. With that in mind, let me sing its praises. 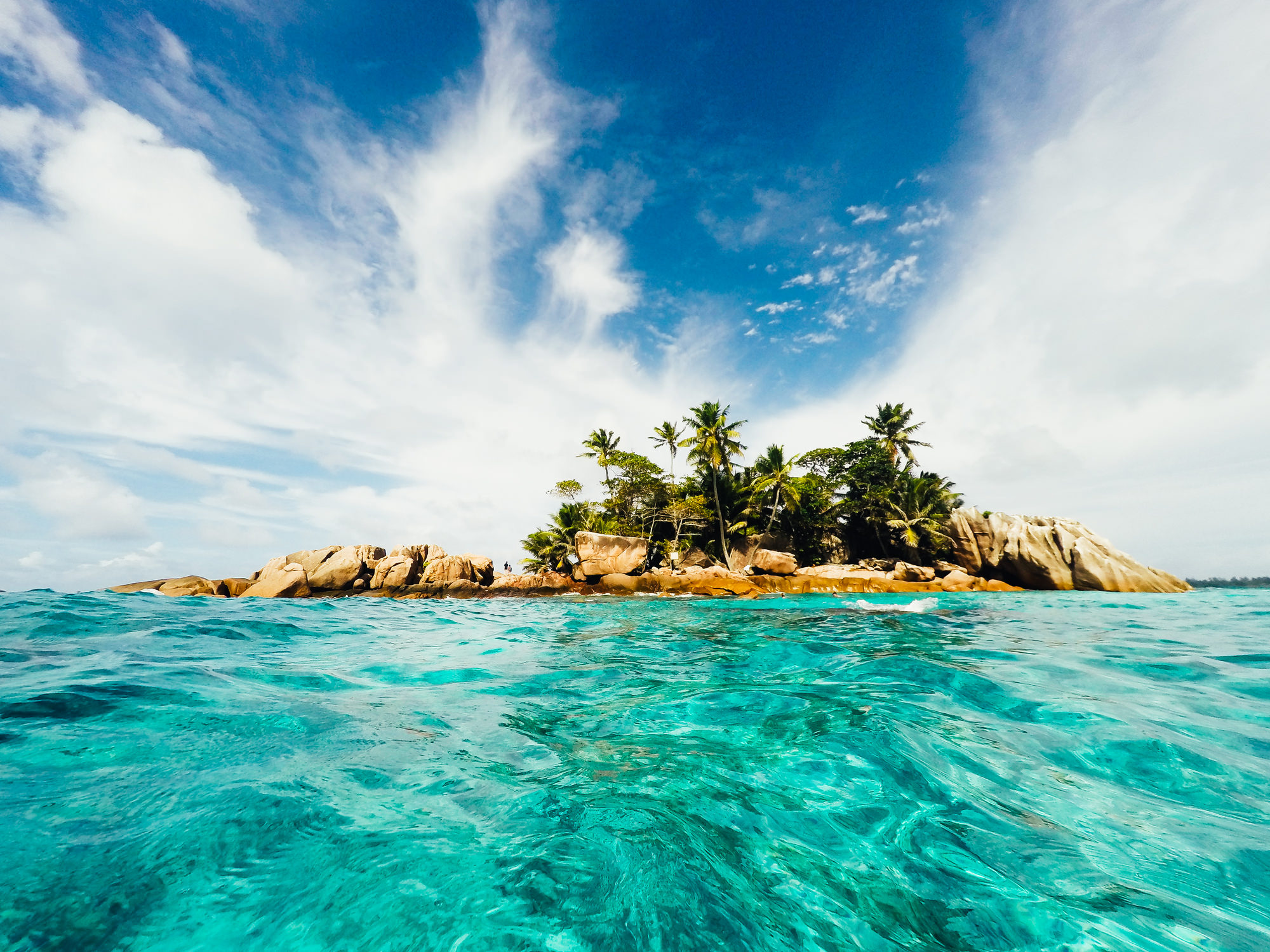 If you’ve ever taken a photo on a bright, sunny day with big, puffy clouds set against a deep blue sky, the chances are pretty good that the final image won’t be as impactful as the scene was when you first viewed it.

The sky might not appear to be as deep of a blue color, and the intense light of shooting during the middle of the day might blow out the clouds, making them little more than bright, white blobs.

A polarizer resolves this issue by adding much-needed definition to clouds such that they appear three-dimensional with various tones of white and gray.

What’s more, a polarizer enhances the blue color of the sky, creating a gorgeous, more lifelike contrast between the sky and the clouds that makes the clouds pop beautifully in the image.

These concepts can be seen in the image above. The sky is a deep, saturated blue which contrasts nicely with the clouds. Note the subtle definition of the clouds I spoke about above - it gives the photo tons of visual interest, all due to using a polarizer. 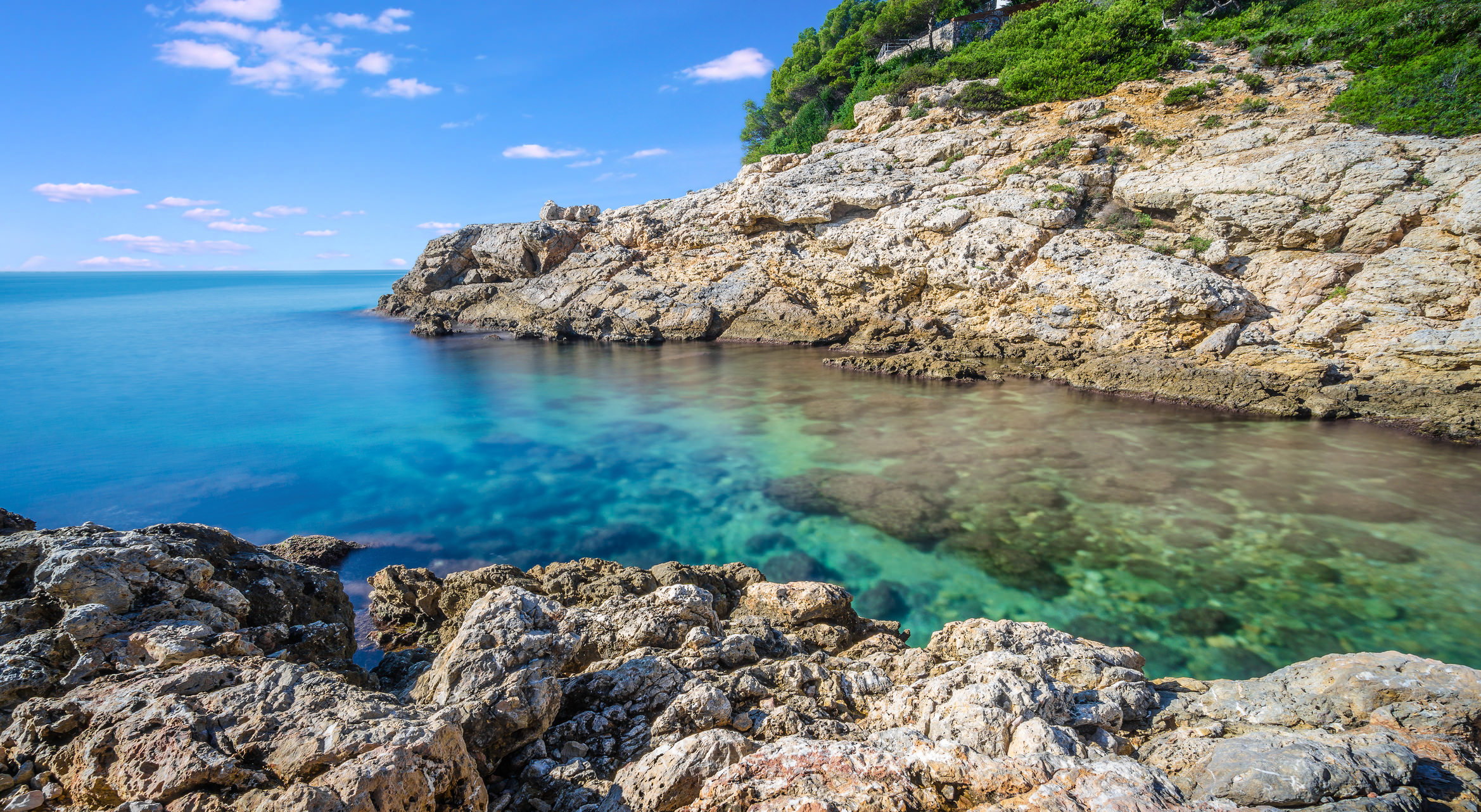 If you frequent spots where water is present, a polarizer is an absolute must because it cuts down on glare off the surface of the water.

That means a couple of things.

First, as you can see in the image above, without the glare shimmering on the water’s surface, you can actually see into the water and get a glimpse of what’s below. In this case, the depth of the water also gives the image greater depth while the detail of the submerged rocks adds a nice textural element. 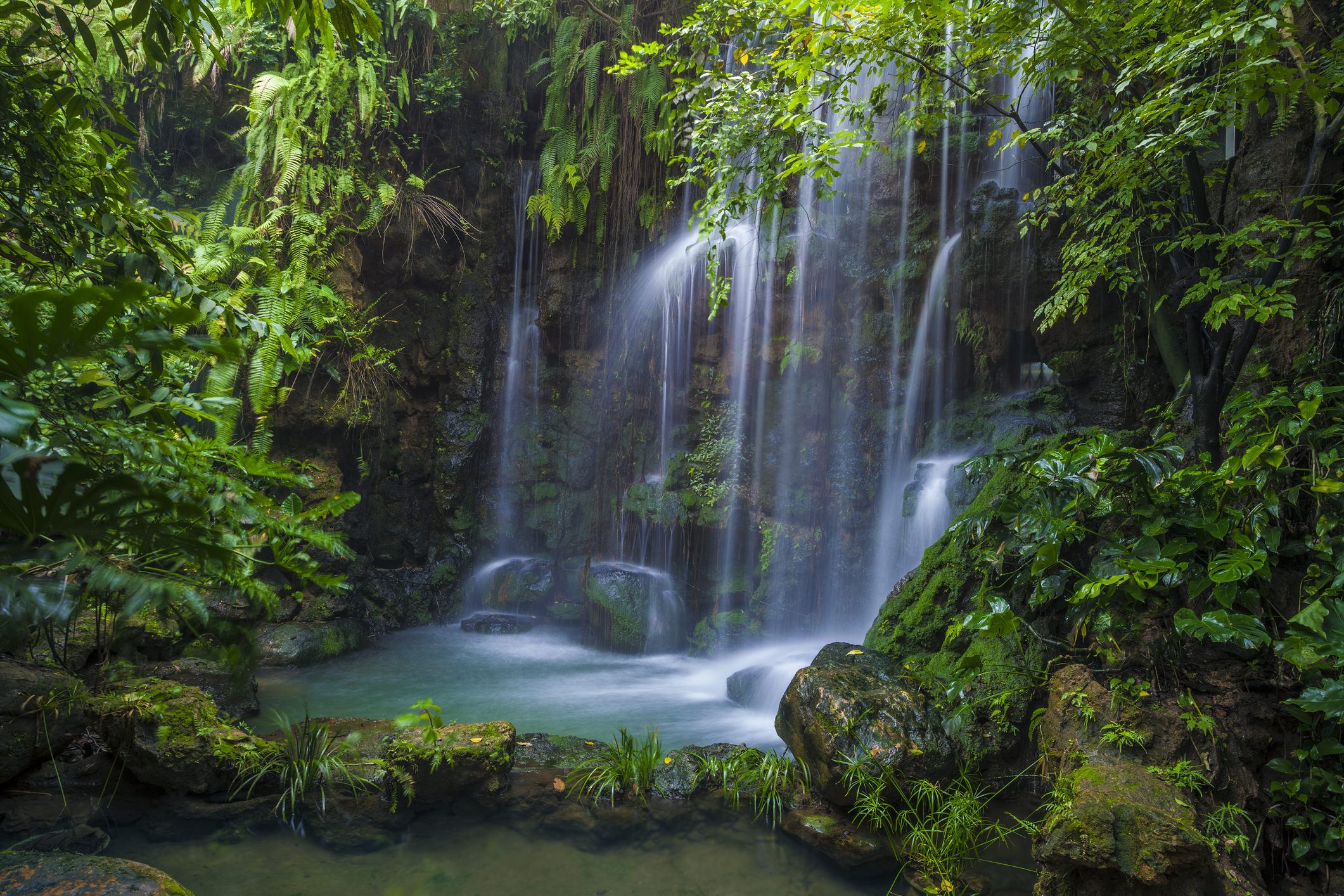 Second, by cutting down on glare, a polarizer also boosts the saturation of a photo. Without bright spots of water reflecting light off of rocks, plants, and so forth, the colors seem more vibrant and deep.

You can see in the image above how the green tones of the rainforest come to life. Note how the plant life in the foreground is wet, yet the light isn’t reflecting off their surface, which garners the deeper, more saturated colors noted above.

Make Haze a Thing of the Past 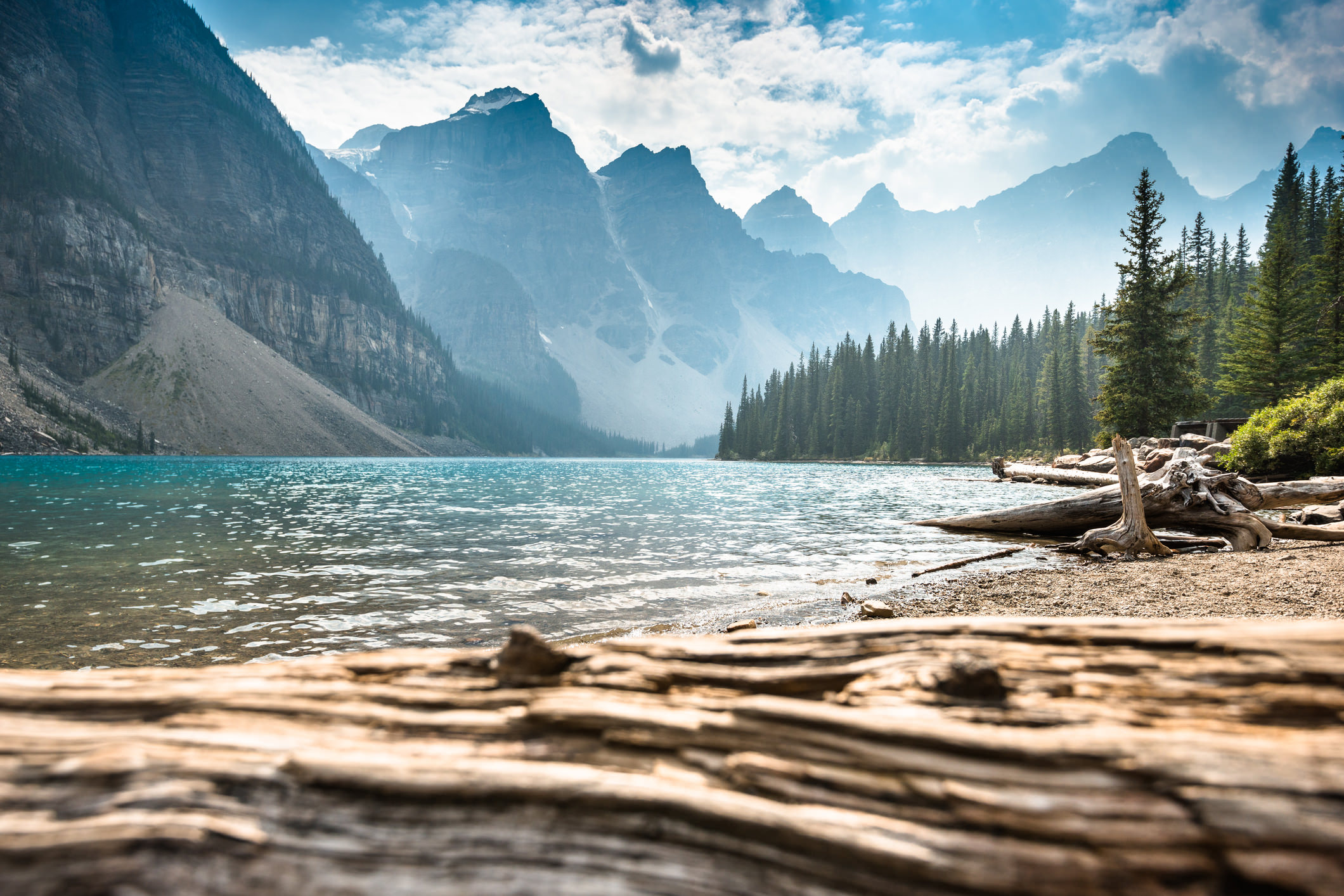 Sometimes when you’re out shooting a gorgeous landscape, you might find that there’s a bit of haze in the air from smog, fog, or a temperature inversion during the winter. Haze might even appear simply when you’re photographing a distant subject, as you can see in the image above.

The point is that, regardless of its cause, haze has a negative impact on landscape photos because it reduces the sharpness of the scene. Sometimes the haze can be so thick that you can’t even see the whole landscape to begin with.

But a polarizing filter can rescue you in this situation. 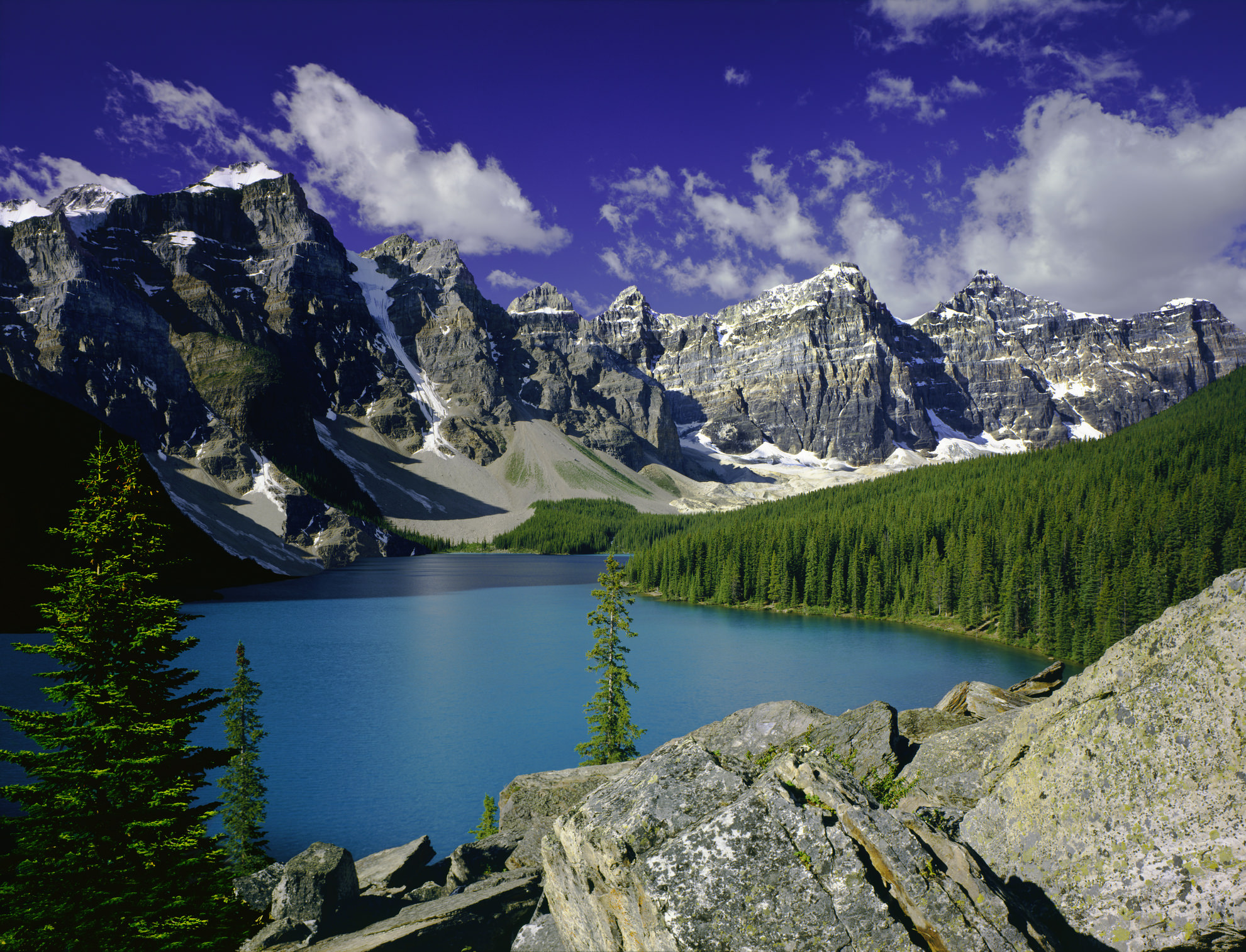 Where haze helps increase light polarization, a polarizer will reduce polarization. The result is a sharper photo with improved resolution, as seen in the image above.

Note the enormous difference in these two images of Moraine Lake. The first has tons of haze that make it hard to see the full scope of the landscape. The colors are also muted with glare on the water.

The second image, however, has none of these problems. The colors are deep and vibrant, the glare off the water is non-existent, and there is no indication of atmospheric haze.

Don’t Go Without a Polarizer Any Longer 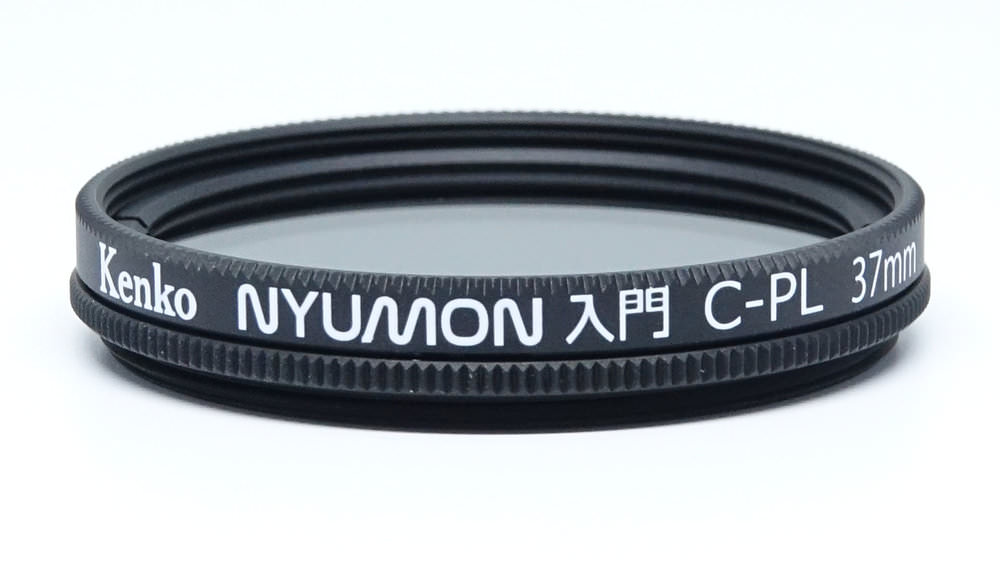 As I’ve demonstrated above, a polarizer is a valuable addition to your kit, and one that you really shouldn’t go without for another day!

But, photography is an expensive endeavor, and shelling out hundreds of dollars for a filter might not be in the budget.

That doesn’t mean that you can’t snag a great polarizing filter nonetheless.

Kenko Nyumon filters are constructed of coated and polished optical glass, meaning you get clear, crisp results. These filters resist common environmental conditions - like smudges and accidental drops - and help protect your lens glass too.

Coming in a wide variety of sizes from 37mm up to 82mm, the Kenko Nyumon circular polarizing filter will work with all sorts of lenses from many different manufacturers.

Because it’s mounted in a SLIM ring, you don’t have to worry about vignetting on wide-angle lenses, either.

And the best part?

These filters offer excellent results without a giant price tag. That’s not a bad deal at all!

If you want to see an immediate, positive impact on your landscape photography, a polarizing filter is one of the most essential things you can add to your camera bag. Once you shoot with one, you’ll wonder what you were doing without a polarizer in the first place.