9 Incredible Photos of Natural Wonders to Inspire Your Weekend 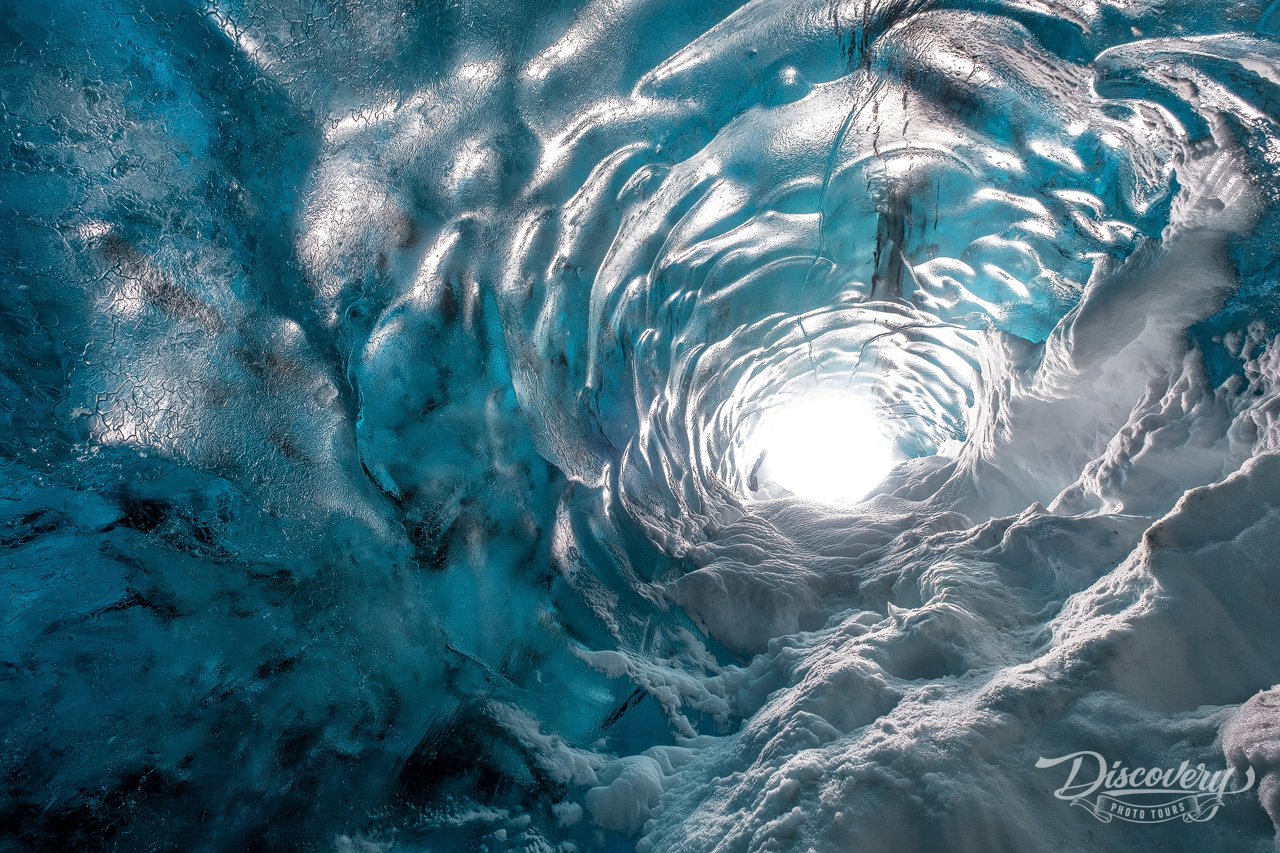 There's nothing like what's pictured above around where I live.

Maybe that's why I find that shot so mesmerizing!

It's like having tunnel vision, but through a beautiful ice cave with all sorts of texture to delight the eye.

And while I'm unaware of any ice caves in the Los Angeles area, I can take inspiration from this photo and the ones below to take my own amazing shots of landscapes I find around me.

I think you can take some inspiration from these photos as well!

Though they are of far-off places that most of us have likely never seen with our own eyes - let alone our cameras - it's still nice to see the beauty of other parts of the world.

With that in mind, let me present a few jaw-dropping images that I hope will get your creative juices flowing for some photos this weekend. 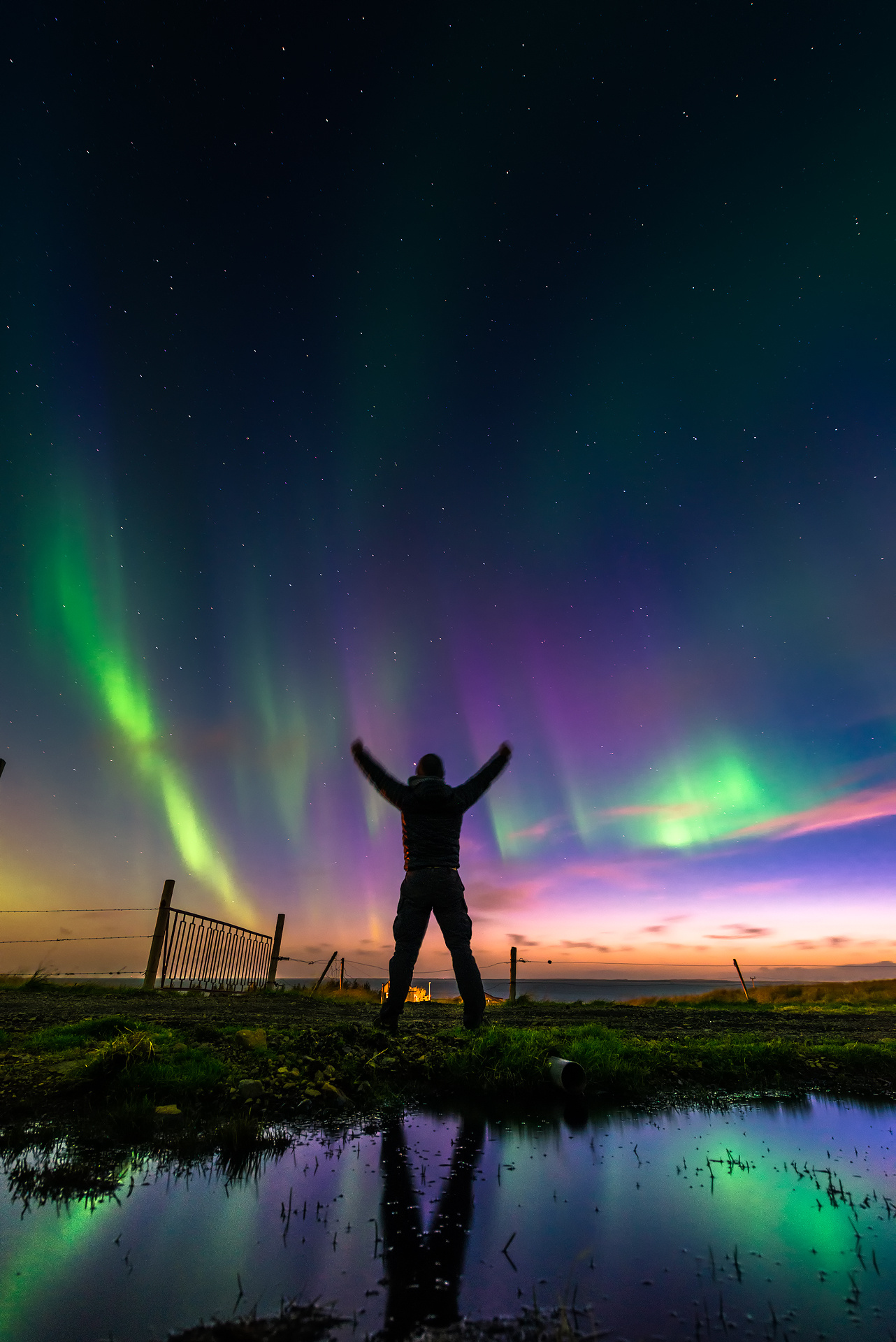 When I look at this image, I can't help but smile.

I mean, this guy is having a great time!

And why shouldn't he? With that kind of light display, I'd be jumping for joy too.

The great thing about this shot (besides the northern lights) is that playful vibe. Adding a personal, human element to a landscape can certainly elevate the photo to another level. This image is proof of that! 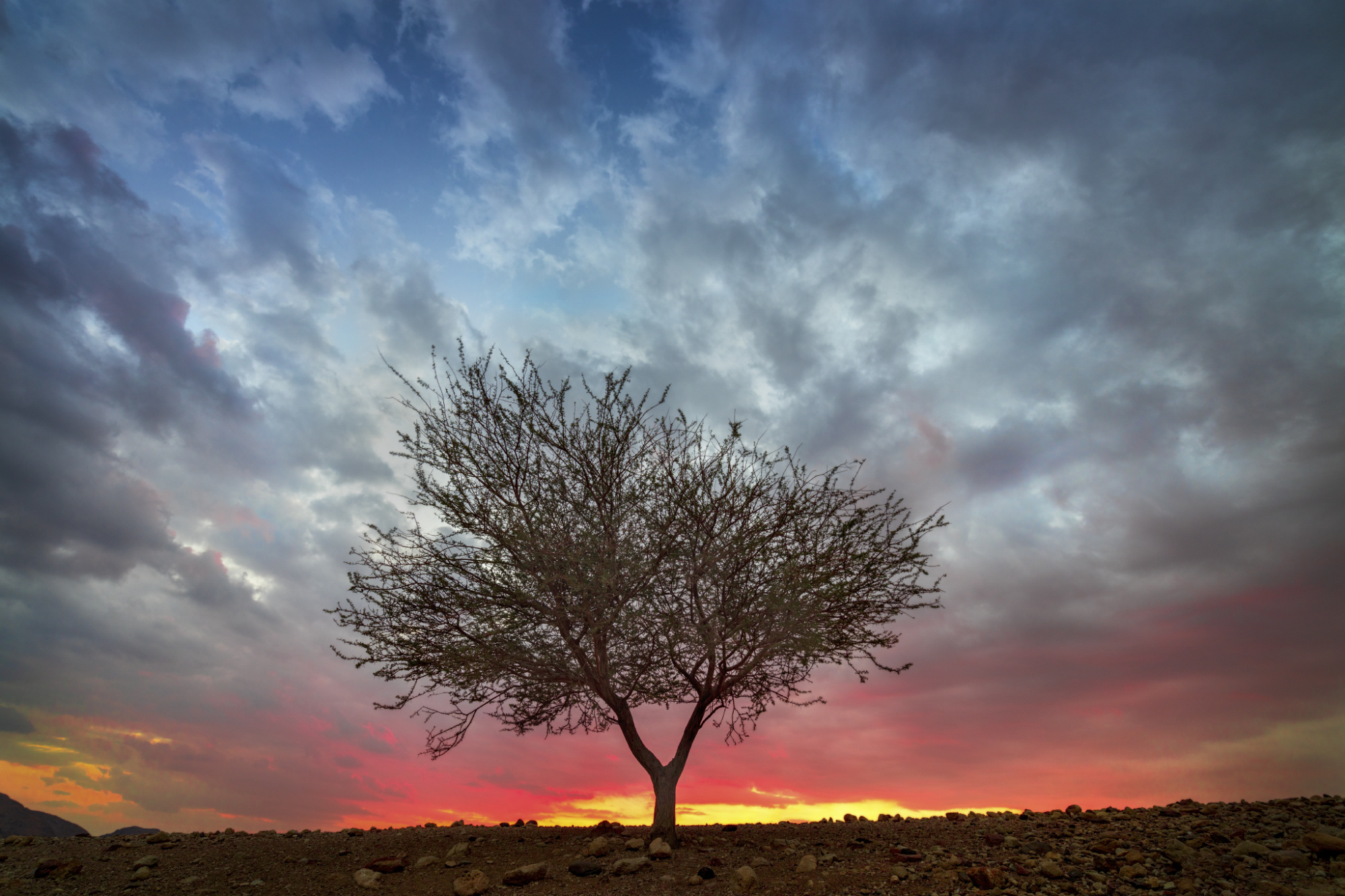 This photo caught my eye because of the sheer simplicity of the composition.

But upon closer look, I realized that there's actually quite a lot going on here...

First of all, that sky is amazing. And I'm not just talking about the colors of the setting sun.

If you look at the top of the frame, you'll see loads of texture in those clouds that give the sky a great amount of detail.

Similar detail is present in the foreground too. All those rocks strewn about draw the eye into the shot and toward that gorgeous tree in the middle of the frame. 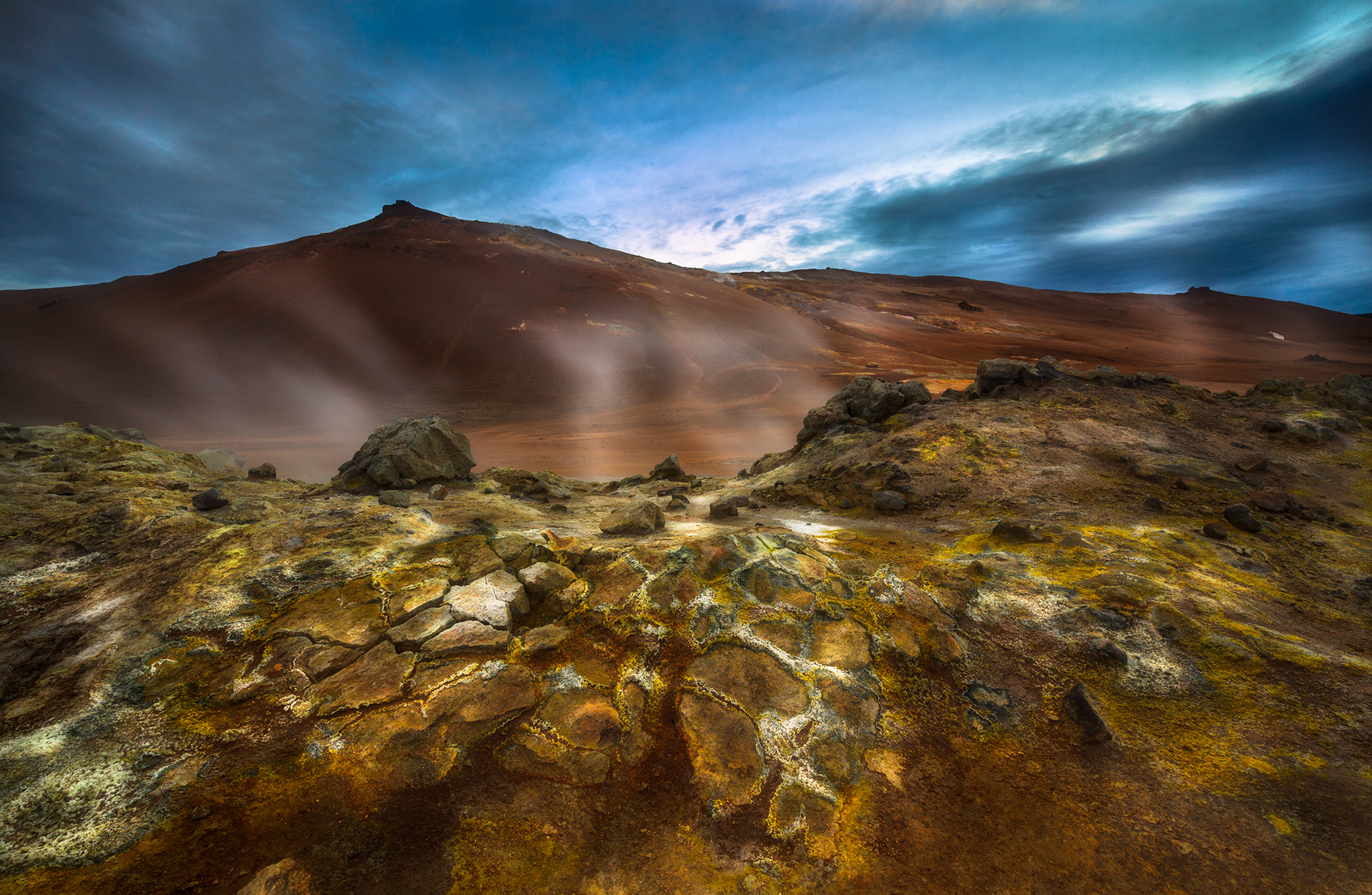 Speaking of texture, this shot has plenty of it!

Here, we see the importance of having foreground interest to bring the eye deeper into the image.

Don't get me wrong - that Mars-looking landscape in the background is something to behold, but the dry, cracked surface in the foreground really gives this image some added depth and visual interest.

The slow shutter was a good call here as well. The ghost-like steam rising from the middle of the shot only adds to the otherworldly appearance of this landscape. 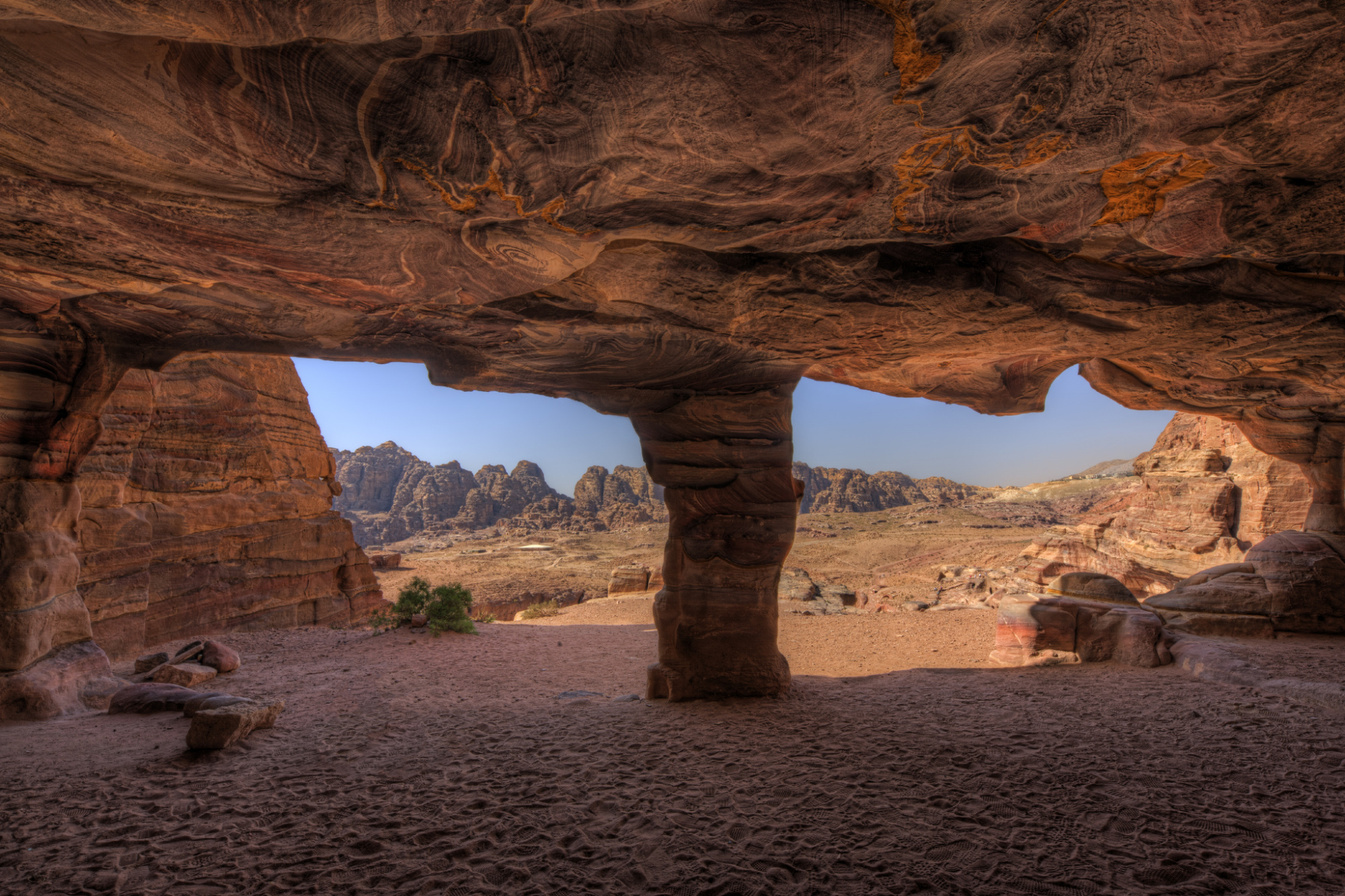 What's the first thing you notice in this shot?

Personally, the usage of a frame within a frame is what caught my eye.

And then I looked closer...

The texture in the foreground (as in the previous image) is quite something, giving the shot tons of detail that keeps the eye engaged with the scene.

But a more subtle element of the shot is the pattern on the ceiling of the cave. I mean, WOW!

It almost looks like something that was painted or carved on the rock. Adding textures and patterns like these is a surefire way to create a landscape photo that is more compelling. 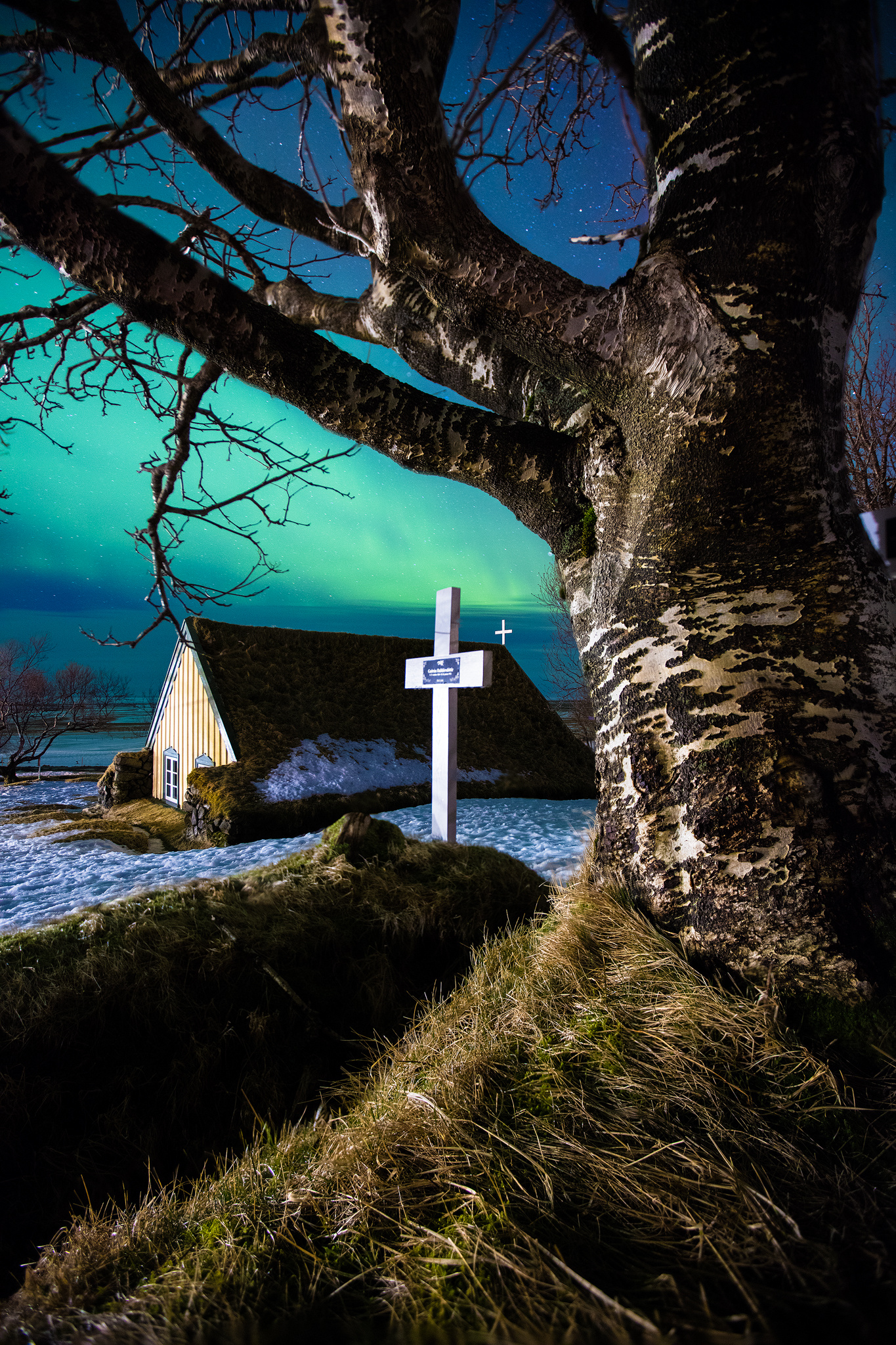 This is an awesome example of how to incorporate a frame within a frame, but in a way that is perhaps more subtle than the previous example.

When using a frame within a frame, it doesn't have to extend around three or four sides of the shot.

Here, the tree's trunk and limbs serve the same purpose of directing the eye, this time toward the church, but does so by occupying just two sides of the photo.

More importantly, though the tree is a prominent feature, it has been used in a way that it doesn't distract from the other interesting elements in the shot, namely the cross, the church, and the northern lights beyond. 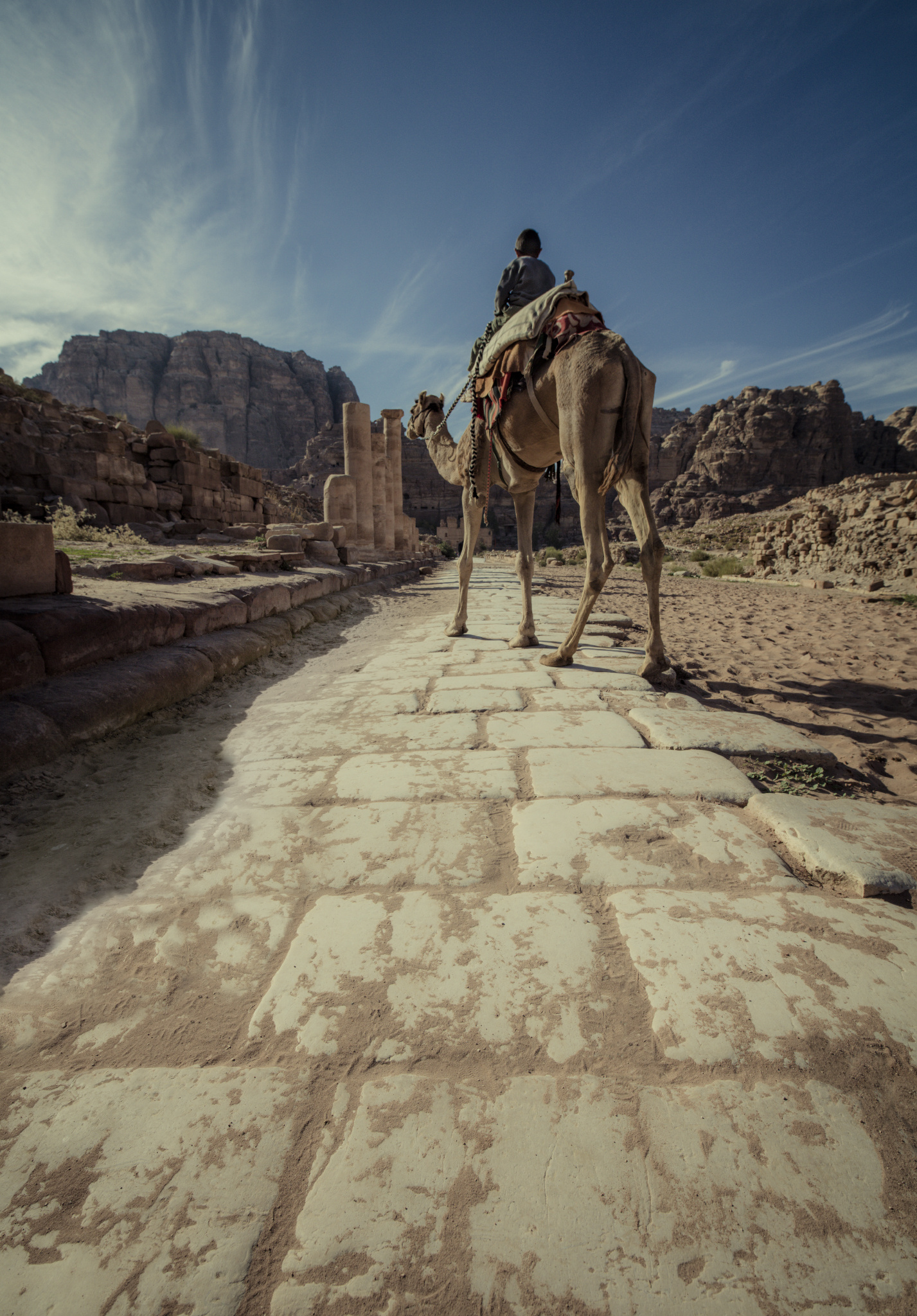 One of the easiest ways of creating a photo that has more visual interest is to simply shoot from a unique angle.

Too often, photographers stand straight up and shoot from eye level.

The result is a photo that might be perfectly fine, but doesn't give the viewer a different perspective.

This image benefits from a low-down perspective in that the camel and its rider look absolutely enormous.

By kneeling down, the photographer is also able to incorporate the lines and pattern created by the pavers of the road.

When you're out shooting, give a low perspective a try and see how it can improve the look and feel of your photos. 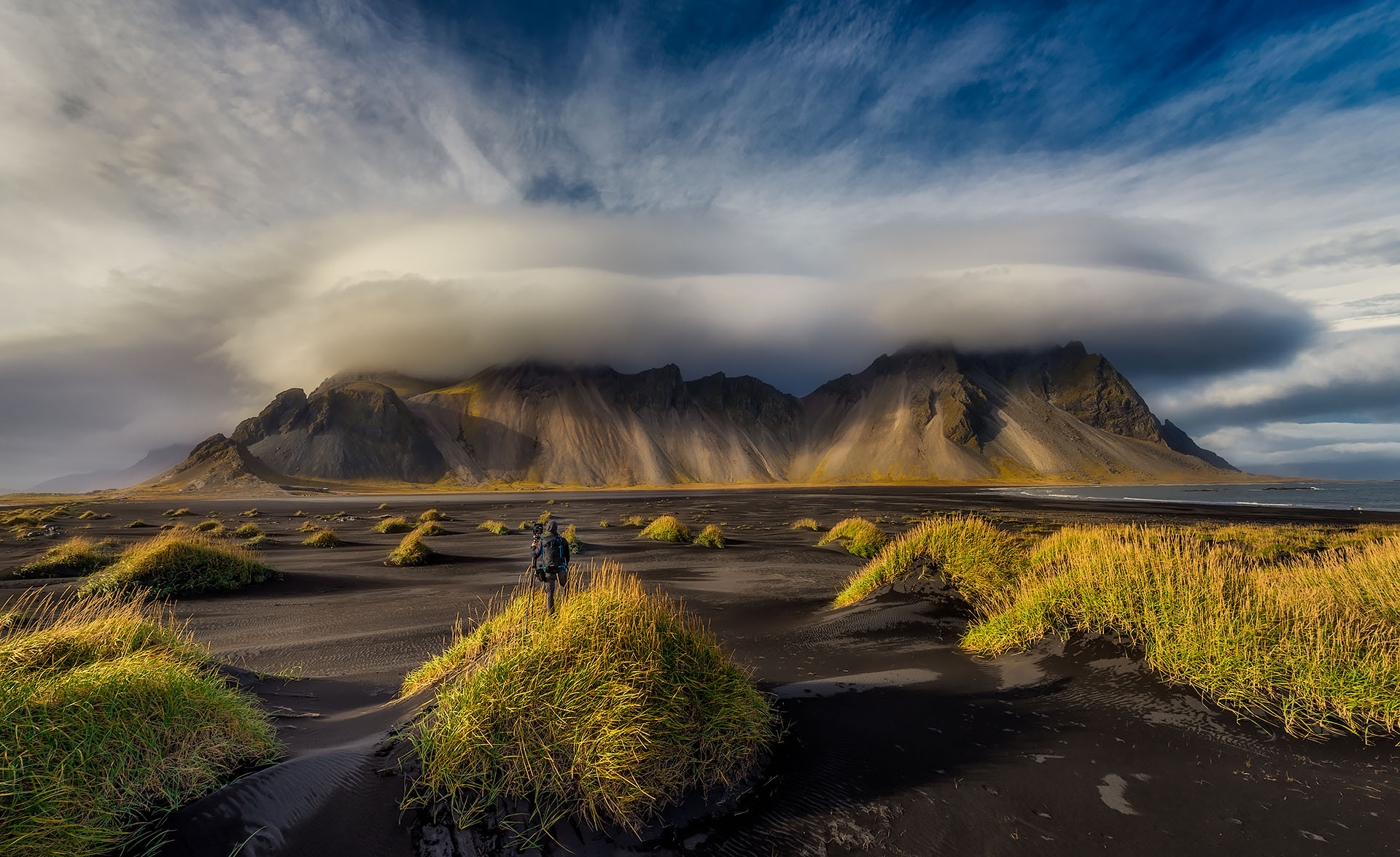 The challenge for many landscape photographers is to incorporate all the beauty they see without the image feeling overwhelming.

This shot could have very easily gone sideways, given that there are so many elements going on - colors, texture, light, and so forth.

However, this photographer managed to create a scene that feels calm and serene, despite all the visual stimulation.

By placing the horizon line in the middle of the frame, you have the benefit of viewing the foreground detail as well as the gorgeous clouds hovering over the mountain in the background.

Beyond that, by splitting the view, there's just enough detail in these areas to provide interest, but without being overwhelming.

If need be, experiment with the placement of the horizon in your shots to see how it changes the scene. 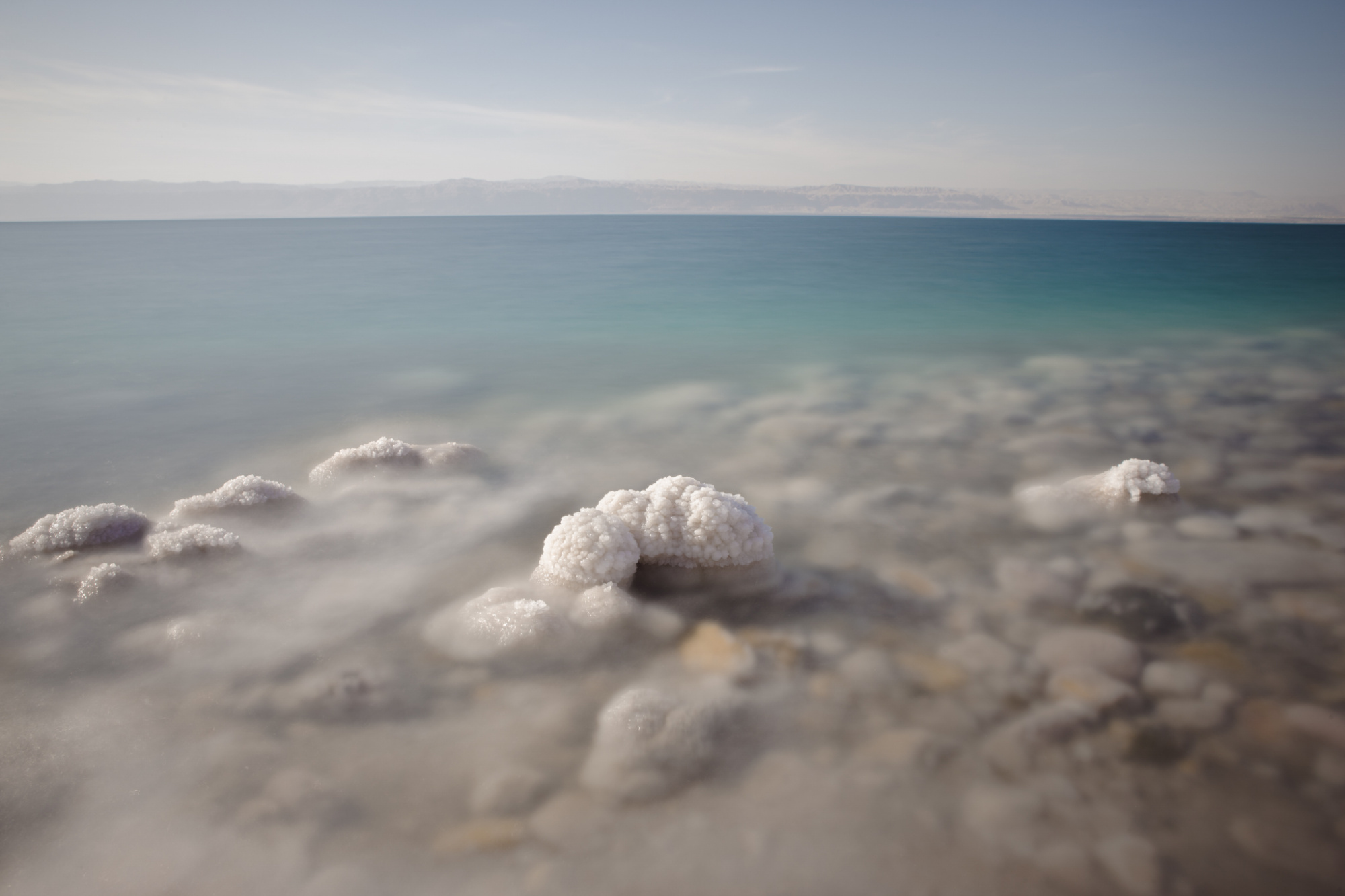 Where the previous shot had a lot going on, this one is decidedly minimalistic.

I love a good minimal landscape because I think they're hard to pull off.

This photographer did a fantastic job of framing this shot because we have the salt-covered rocks front and center to give some texture to an otherwise smooth and featureless image.

I have to say, I love the interaction of the bright white in the foreground with the deeper blue of the midground as well. And with a 15-second shutter speed, the photographer introduced enough movement to give this photo a dreamy, relaxing look.

If these photos inspire you - and I'm not sure how they couldn't - might I suggest you check out the common thread between them.

They take photographers of all skill levels to magical places like those featured in these photos.

Just imagine waking up and spending the day in Iceland or Jordan, Italy or Namibia, taking photos of gorgeous scenery and rubbing elbows with other photography enthusiasts.

That's not a bad way to see the world and learn a few new skills, right?

Better still, Discovery Photo Tours brings along expert photographers to give you feedback on your work and essential pointers that help you improve your ability to get the shot. All you have to do is pack your bags, get to the destination, and they take care of the rest.

Learn more about Discovery Photo Tours and upcoming tour locations and dates by visiting their website.