I'll be the first to say that I'm a huge fan of Sony.

They have come on strong in recent years as one of the best manufacturers of enthusiast and pro-level cameras.

Beyond that, I think you'd find very few people to argue with the claim that they are the undisputed leader in the mirrorless camera market today.

That's an important distinction, because I, for one, think that photography is heading more and more toward mirrorless, and Sony has laid the foundation for reaping the benefits of that continuing shift.

One of their latest cameras, the Sony a6500 is a mirrorless APS-C camera they hope will help them continue to dominate the mirrorless market.

The question is, were they successful? 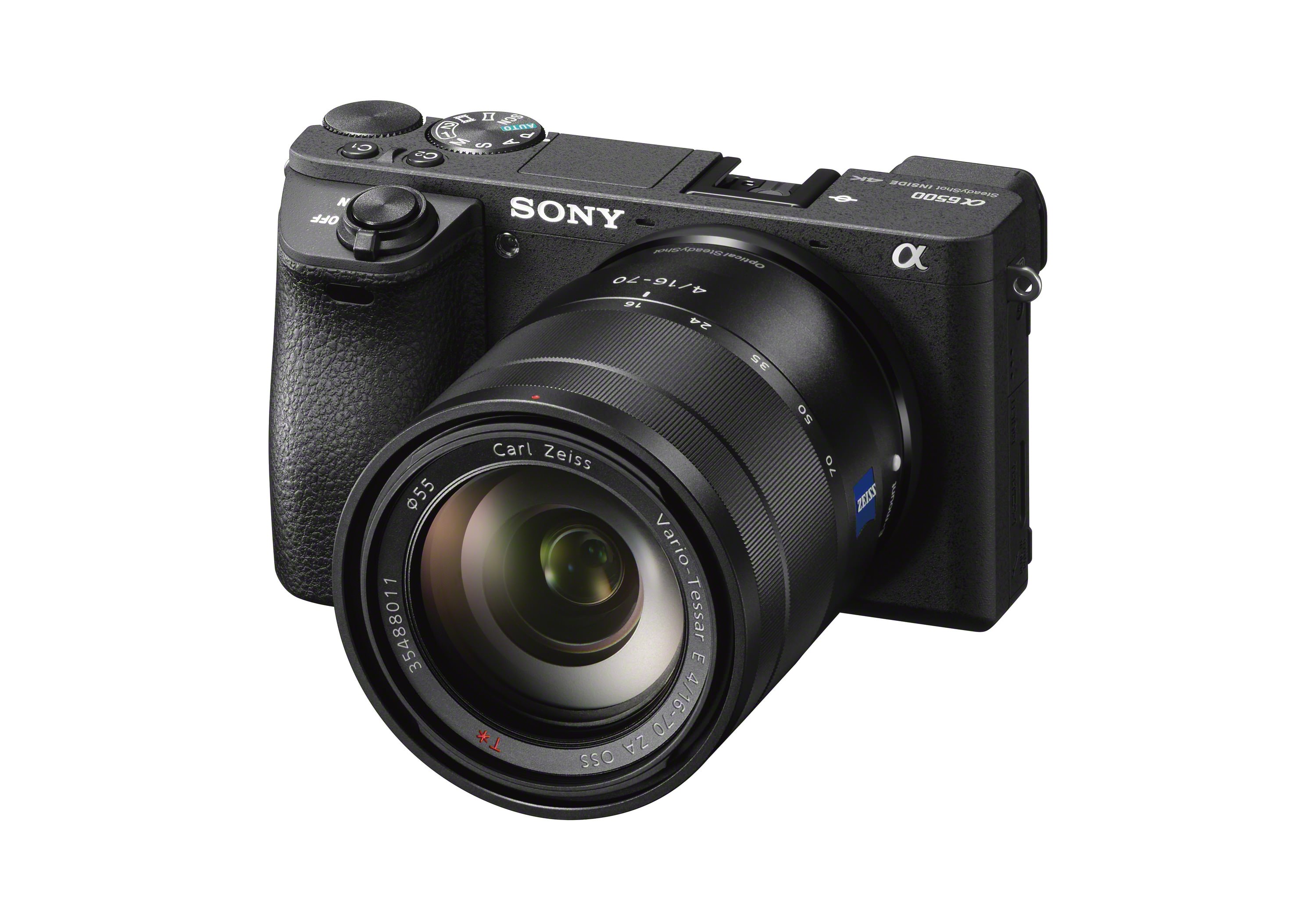 Before we answer the "did they get it right" question, let's review the essential features of this camera:

If a lot of those specifications look familiar, it's because they are: the a6500 shares many of its pieces and parts with the a6300, it's lower-tier, yet still quite incredible sister camera that was released a mere eight months before the a6500.

Both the a6300 and a6500 feature the same sensor, the same viewfinder, the same autofocus system, the same 11fps burst rate, and the same video capabilities.

However, the a6500 has a few tricks up its sleeve that make it a definite upgrade over the a6300. See some of its features in action in the video below from TheCameraStoreTV:

Where the a6300 can only muster 44 JPEGs and 21 RAW files when shooting at full 11 fps with autofocus and autoexposure enabled, the a6500 can manage 300 JPEGs or 100 RAWs. That's thanks to an improved buffer with a Large Scale Integration (LSI) system that gives the a6500 more processing power.

Additionally, the a6500 introduces instant image review of the last image written to the memory card. That means you can also check the focus on that image, even while the camera is still writing to the card. That's a feature that is annoyingly absent on the a6300.

Another handy feature of the a6500 is the new shutter mechanism that's more durable and includes 5-axis image stabilization. The new shutter also means the a6500 has improved video performance over the a6300.

Perhaps the biggest improvement is in the LCD. The a6500 comes with a touchscreen that, while it's the same resolution as the non-touchscreen version on the a6300, gives you the power to select autofocus points by just touching the screen. Even better, you can actually move an autofocus point by dragging it around on the screen, much like you would with your finger to the trackpad on a laptop.

The touch screen also enables you to swipe through images during playback, and you can double-tap the screen to zoom in.

The a6500 also benefits from usability changes that make it easier to use than the a6300. First, the a6500 incorporates the C2 and C1 custom buttons up top, much like the Sony a7. The a6500 has a redesigned grip that's a bit bigger than the a6300, and much more like the a7 Mark II. That means you can more easily and comfortably shoot with longer or bulkier lenses.

We live in a world of smartphones and tablets, and as a result, we are becoming more and more attuned to making things happen by tapping or swiping a screen. Adding that kind of functionality to the a6500 was a no-brainer.

Perhaps the best benefit of the touch screen is for video shooters: you can focus pull by tapping the screen to change the focus point, which engages a rack focus. Again, with such an emphasis on cameras having top-shelf video capabilities, Sony was smart to include this functionality.

Check out the a6500's touch screen in action in the video above. Photographer Jason Lanier puts it through its paces and gives his report on its effectiveness and functionality.

If you've used a Sony a99 II before, you'll recognize that its menu system is implemented in the a6500. That means a more user-friendly experience than what is found on the a6300. The menu tabs are color-coded, and functions of a similar purpose are grouped together. Finding the setting you need is much easier and faster, so you can spend more time actually shooting photos or video and less time navigating through endless menus to find whatever setting you need. 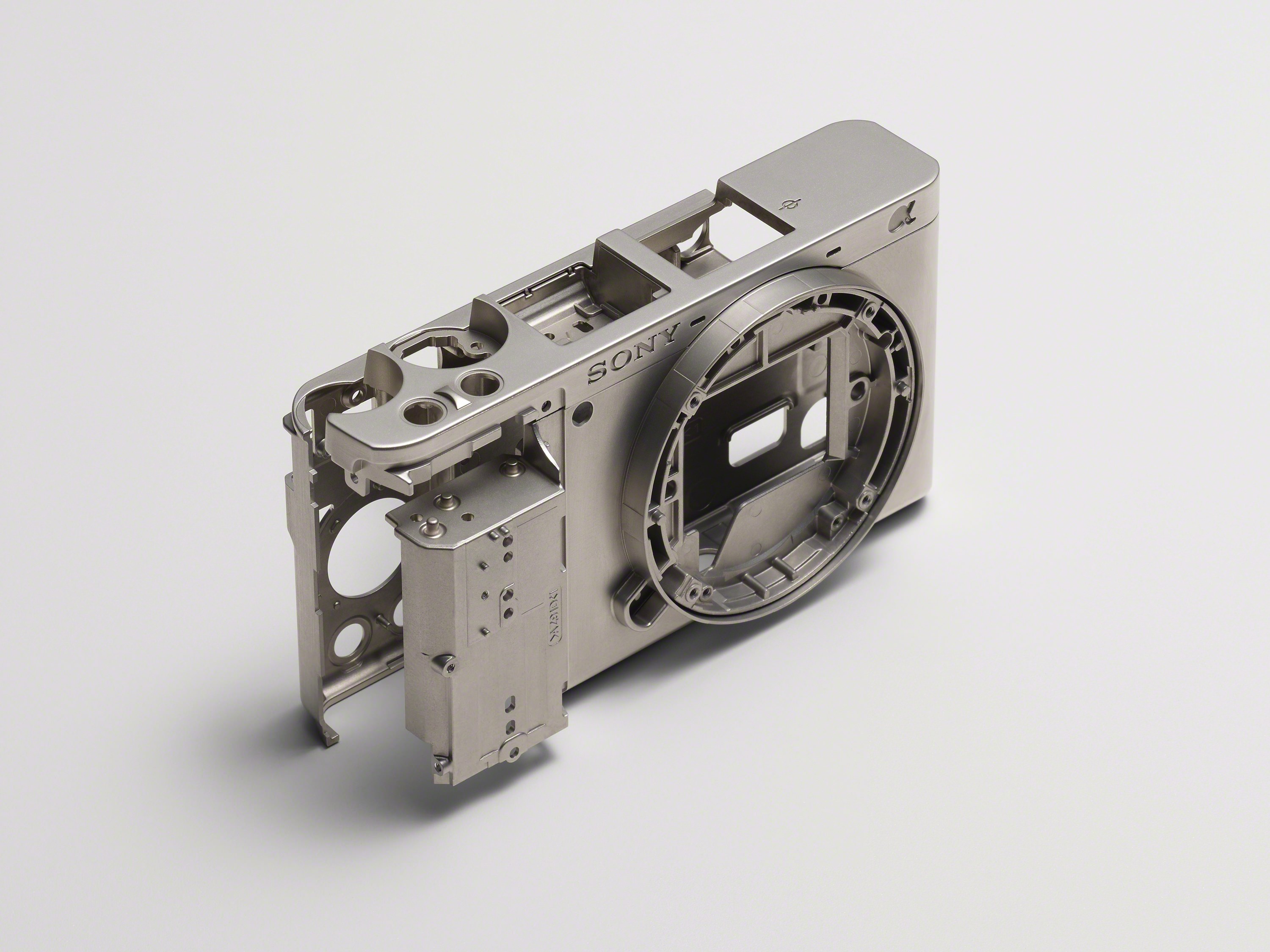 Like the a6300, the a6500 has an excellent form factor. The camera is gorgeously small and easy to handle - something that's made better by the new, larger grip. The lens mount has been beefed up for a more stable feel, and the magnesium alloy body (which is dust and moisture resistant) looks great and feels rock solid in your hand. The placement of the buttons is intuitive, and they are easily accessible, even when you've got the camera raised to your eye.

Even though the a6500 doesn't really improve on the image quality of the a6300, it's still a stellar camera when it comes to the details it can capture in JPEG or RAW. Images are sharp and clear, even at high ISO output. In fact, the a6500 is one of the premier APS-C cameras when it comes to image quality when shooting at a high ISO, making it a top choice for shooters that often work in low-light conditions.

Though the touch screen is certainly a welcome feature, one thing that doesn't quite meet expectations is the autofocus point selection process. When in touchpad mode, AF point selection is relative, meaning, you have to swipe your finger across the screen to move the point away from its current position, rather than simply touching the screen to place it precisely where you'd like it.

That means there are times when you have to repeatedly swipe the screen to move the AF point from one position to the next. This is due, in part, to sluggish touchpad performance that I'm willing to bet Sony will address in the next version of this camera line. 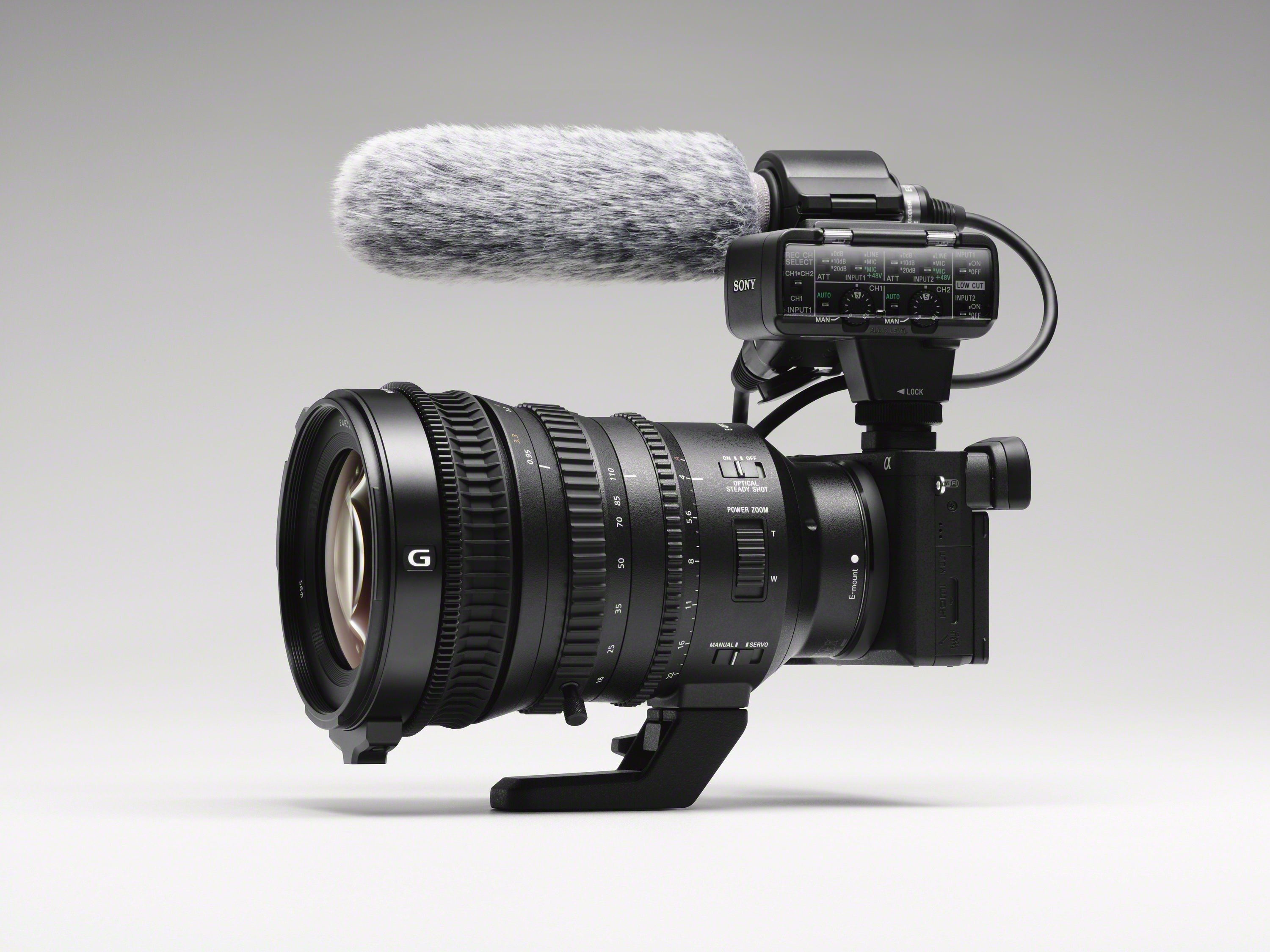 If you're a video shooter, you won't appreciate the fact that Lock-On AF is not available in video mode. That means that even if you lock focus on the subject, the camera will struggle to maintain that focus as the subject moves around the frame. Again, I'd be shocked if this isn't a feature on the next iteration of this camera.

A bigger issue is the continuation of rolling shutter issues when shooting in 4K. This is a problem with the a6300, and it's curious why Sony didn't make an effort to rectify that situation. A smaller complaint is that this camera doesn't have a headphone monitoring port. That would be nice for a camera that is sure to be used extensively by videographers.

A problem from the a6300 that carries over to the a6500 is that there is no front control dial. This isn't just an issue from a usability standpoint, either. Every one of the a6500's competitors has dual control dials, making them, at least in this regard, a more user-friendly camera.

Mirrorless cameras are notorious for having a less-than-desirable battery life, and the a6500 is no exception. Compounding the issue is that it actually has worse battery performance than its predecessor. That's likely due in large part to the touch screen, but nevertheless, worse battery life is not a feature anyone is looking for. 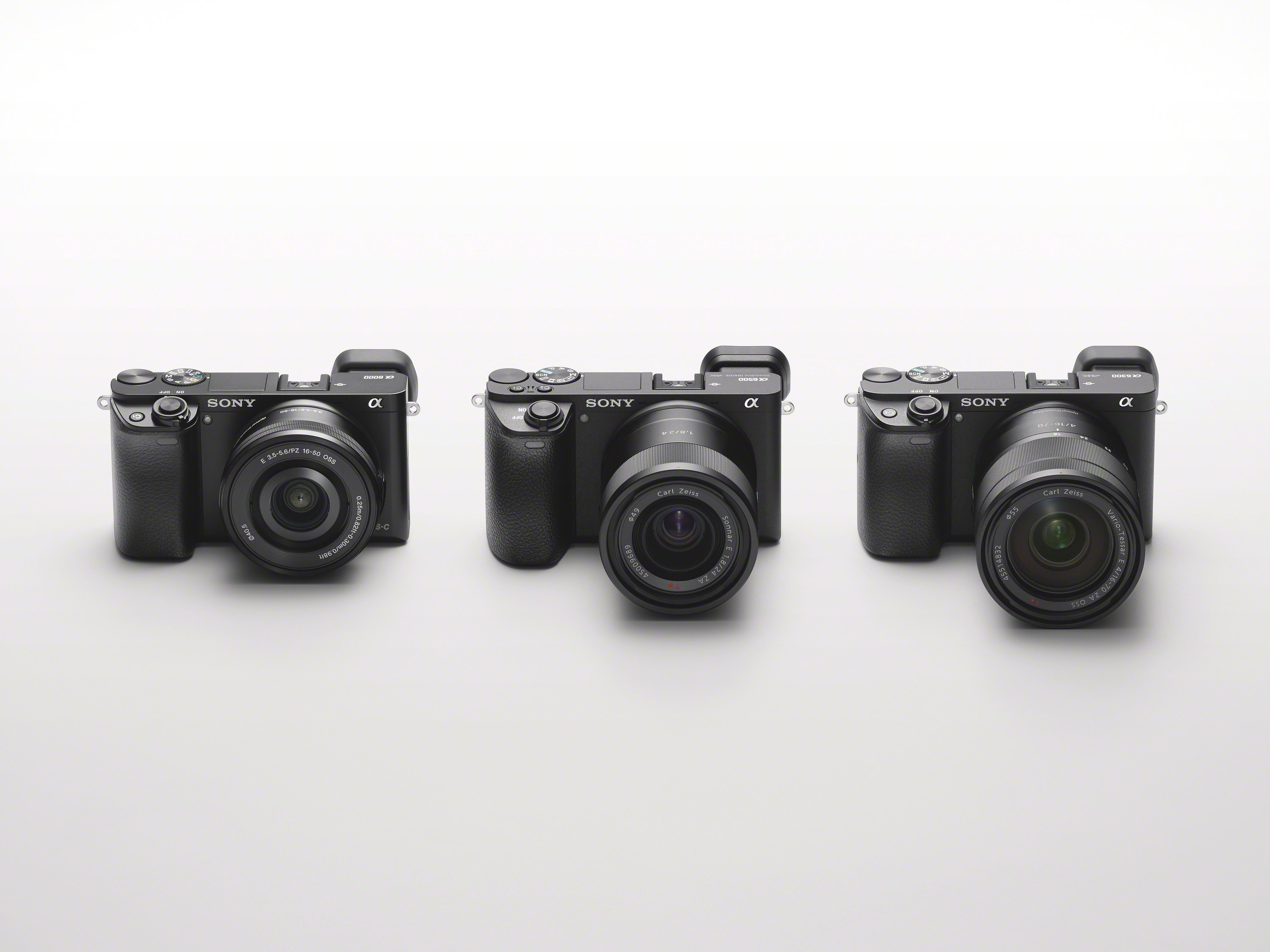 In the end, the changes the a6500 brings to the table over the a6300 aren't earth-shattering by any means, but they certainly improve its functionality and usability for many photo and video shooters.

Likely what it will come down to is whether the additional $500 for the a6500 is worth it. The a6300 is no slouch and produces stills and videos that are of superb quality. That same quality is found in the a6500.

In the end, the a6500 isn't a perfect camera. However, the minor improvements seen in the a6500 improve upon the already excellent a6300, making it a great buy. It's a capable, refined, and impossibly small camera with incredible functionalities that make it one of the best high-end mirrorless APS-C cameras available today.