Why Photographers are Losing Interest in Apple

For many years, there were only a few photographers in my life that didn't use Apple products.

Everywhere I looked there was a sleek laptop with an illuminated Apple on the back because photographers always chose to work in the Mac OS environment.

In fact, I'd venture to say that the vast majority of photographers worldwide have used Macs to do their post-processing for a good, long while.

However, that's beginning to change - and fast.

The primary reason for this shift is the introduction of new tools, particularly from Microsoft, that are simply more intuitive, more versatile, and less expensive than the competing products from Apple.

What's more, where Apple used to be light years ahead of others regarding style, design, and functionality, that's no longer the case.

I think it's safe to say that the innovation torch has been passed from Apple to Microsoft...

Let's examine a few reasons to back up this claim.

The Surface Studio is the New iMac

If you haven't seen a Surface Studio or worked with one, let me just quickly summarize it:

It's got an impossibly thin, tilting 28-inch touch screen that you can view like a traditional desktop screen or tilt downward with a gentle push to use in draft mode, as seen above.

You can touch or draw on the screen with your finger or the handy Surface Pen, and you can interact with the screen using the Surface Dial (more on those in a minute).

That means the Surface Studio is an interactive desktop that makes being creative a far more intuitive and functional experience.

In other words, it's what the iMac should be.

Unfortunately for Apple, the iMac is still a traditional desktop, and that's simply not good enough any longer.

Creative professionals like photographers need innovative products to make their jobs easier, and the Surface Studio delivers better than the iMac on just about every single measure.

If you aren't convinced, have a look at the hands-on review by BoredAtWork in the video above and check out my in-depth review of the Surface Studio.

Microsoft Has Changed the Way You Interact With Your Work

In years past, the headline above would have been something written about Apple, but here we are using that kind of praise for Microsoft products.

The truth of the matter is that the way you interact with a Mac today is the same as you did five years ago (save that lame touch bar thing).

But with Microsoft, you have a whole slew of new ways to interact with your work.

As mentioned before, the entire Surface line of products from the Book to the Studio have touch-enabled screens.

That's enough right there to prove that Microsoft has the innovation edge over Apple.

But it's not just that the screens are touch-enabled - it's that you can use the Surface Pen to do anything from making incredibly precise edits to your photos to writing yourself a quick note.

This functionality is certainly impressive in that you can do a wide variety of tasks with the Pen. However, the fact that it looks and feels like an actual writing utensil takes advantage of the familiarity of traditional writing and stylus usage to make the user experience with the Pen natural and intuitive.

Add in different Pen tips for various uses, a right-click button on the Pen shaft for quick navigating, and over 1,024 levels of pressure sensitivity, and you've got yourself one incredible creative tool.

What better way to edit your photos?! See the Pen in action in the video above.

But don't think that the Pen is the only innovative tool Microsoft has developed to enhance your user experience.

The Surface Dial, though at this point perhaps not as useful for photographers as the Surface Pen, is still an awesomely powerful tool.

The Dial is essentially a wireless control knob that allows you to access menus, change screen views, change the volume, and a whole other host of things with a simple turn.

It can rest on your desk next to your machine, or you can actually attach it directly to the Surface screen for an even better( and more futuristic) work experience.

But the Dial is no gimmick; it provides instant and precise results regardless of what you're doing. You can even use it as an Undo tool in Photoshop!

See the Surface Dial in action in the video above by TechCrunch.

Microsoft is Pushing Hard for the Pro Market 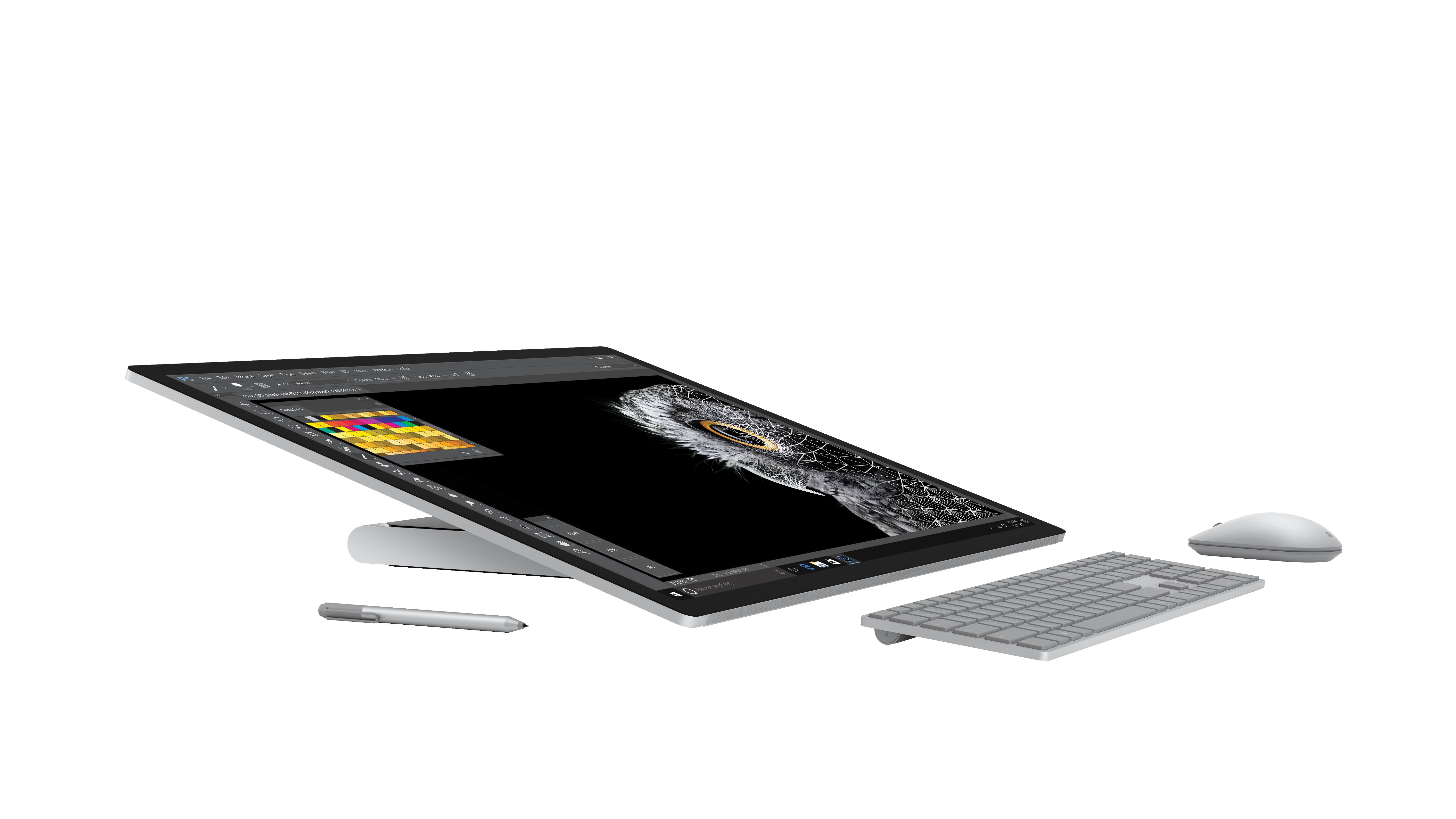 Okay, so this isn't exactly an innovation, but it's worth noting just the same.

Where Apple was the choice of professionals in years past, that title is now shifting - rapidly - to Microsoft.

Part of the draw of Apple used to be that its products were designed specifically to handle large tasks like photo editing.

Microsoft has keyed into that fact, and their products are now becoming more and more attuned with what creative professionals need to do their jobs quickly and easily.

One only needs to look at their Surface line of products and accessories (i.e. the Pen and Dial) to see that.

This isn't to say that you can't buy your kid a Surface Studio for him to play games and do his homework.

But as noted above, with the tilting touch screen, Pen, and Dial, the Surface Studio is a workhorse for photographers and other folks that spend their days making beautiful things on their computer.

So, Microsoft is producing tools that are more innovative, more useful for creative professionals, and in some cases, less expensive than those being put out by Apple.

The quality of Microsoft's products is on the rise as well, rivaling - and in many cases - exceeding that from Apple.

Additionally, Windows 10 is a legitimately good operating system. It's powerful, stable, and has features like Cortana that make it more functional than the Mac OS. What's more, Windows 10 is a perfect fit for the Surface line of products, so the power and functionality of the two products come together nicely.

In the end, Apple still makes some great stuff for photographers to drool over, but it's no longer the cream of the crop. Microsoft has made huge gains over the last couple of years, especially with its Surface products, and if they keep it up, they could soon find themselves the go-to for creative professionals in all realms, not just photography.