The Future is Here: 4 Photography Accessories That Will Totally Change How You Create Photos 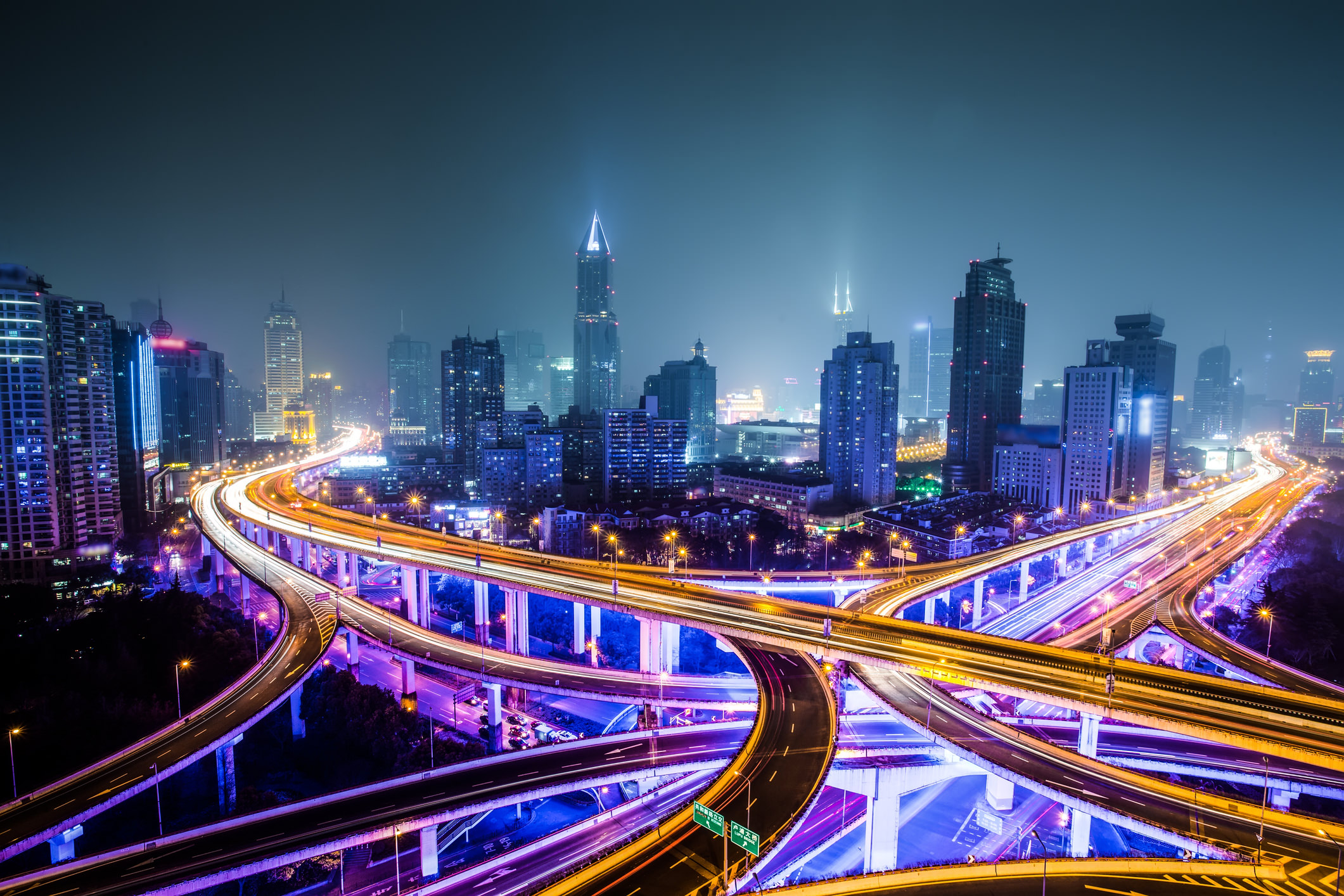 It blows my mind to think that just 20 years ago I held my first digital camera.

I couldn't tell you the sensor size or the model. Heck, I don't even remember the brand.

What I distinctly remember is thinking, "Wow, this is crazy!"

It really was a trip to take a photo for my yearbook class and then see it on a computer screen rather than having to process film.

But time flies and technology has improved by light years. That includes the gadgets and gizmos we use to make photos.

Here's a look at a few futuristic - yet very real - photography gadgets that have the ability to completely change how you create images. 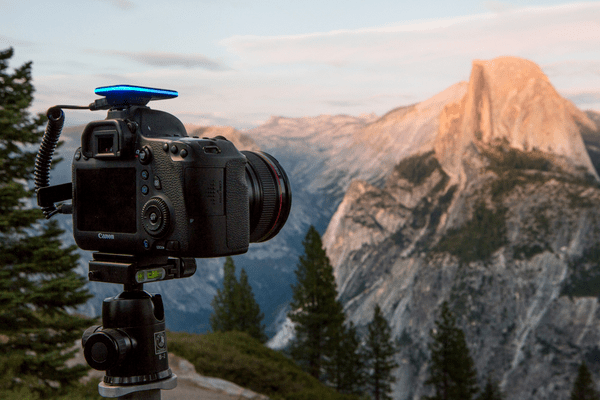 Camera remotes are nothing new.

Heck, Pulse has even been around for a couple of years...

But that doesn't change the fact that this thing can help you unleash an incredible amount of creative power.

For starters, it's just a tiny little thing, weighing in at 1.5 ounces and measuring just 40mm x 60mm x 17.5mm. You can literally carry it in your pocket!

Alpine Labs packed this thing with all sorts of functionalities, though. 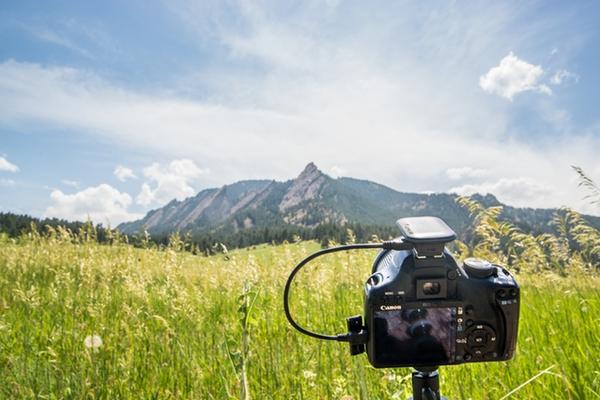 Use it like a traditional remote to trigger the shutter for still photos.

Use it to create long exposure images that show beautiful movement over a designated period of time.

You can even use it to create incredible time-lapse videos, too.

As if that versatility isn't enough to impress, consider this...

Pulse gives you control over your camera via a smartphone app.

That means you can do anything from check image thumbnails and the histogram to dial in the settings for a long exposure to setting the interval and duration for time-lapse videos.

In other words, Pulse is like your photography co-pilot - you tell it what to do, and it does it!

Amazingly, Pulse even works without being connected to your phone. Just dial in the desired settings, and once you're done, you're free to leave Pulse to work its magic.

Truly, stills, long exposures, real-time videos, and time-lapses have never been so easy to create! See just how dead-simple it is to set up Pulse for a time-lapse video in the video above. 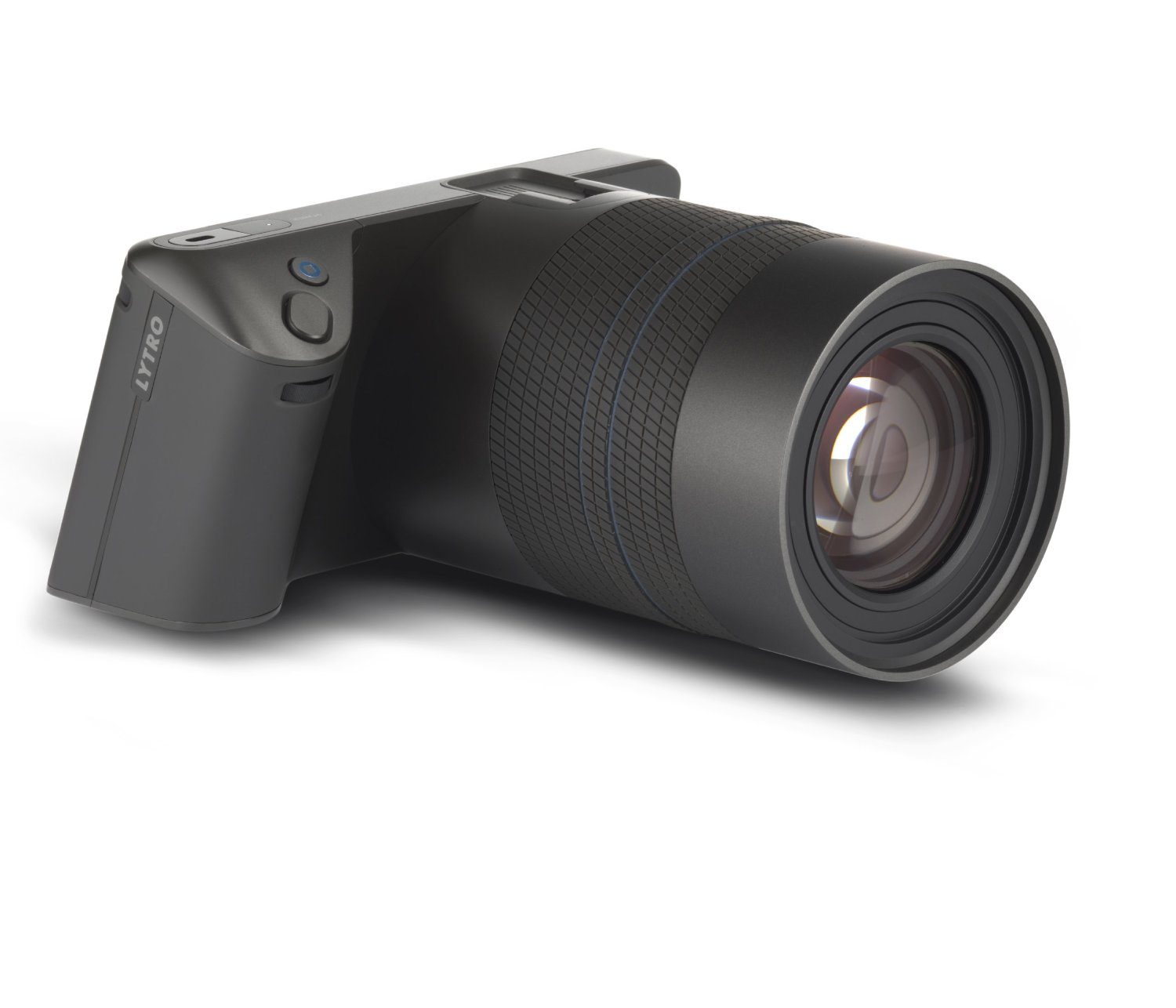 This camera might have just a 1-inch sensor, but it manages to produce images that are four times the size of what other 1-inch sensors are capable of creating thanks to its Light Field Engine 2.0 software.

But that's just the start...

This sensor is of the 40 mega ray variety, allowing you to capture the color, intensity, and direction of light rays as they enter the camera's lens.

In fact, the microlens array captures a 3D light field version of each 2D image you take. That means if you missed the focus on the photo, you can fix it after the shot has been taken. You can also shift the perspective of the shot without moving the camera - another Star Trek-like feature. 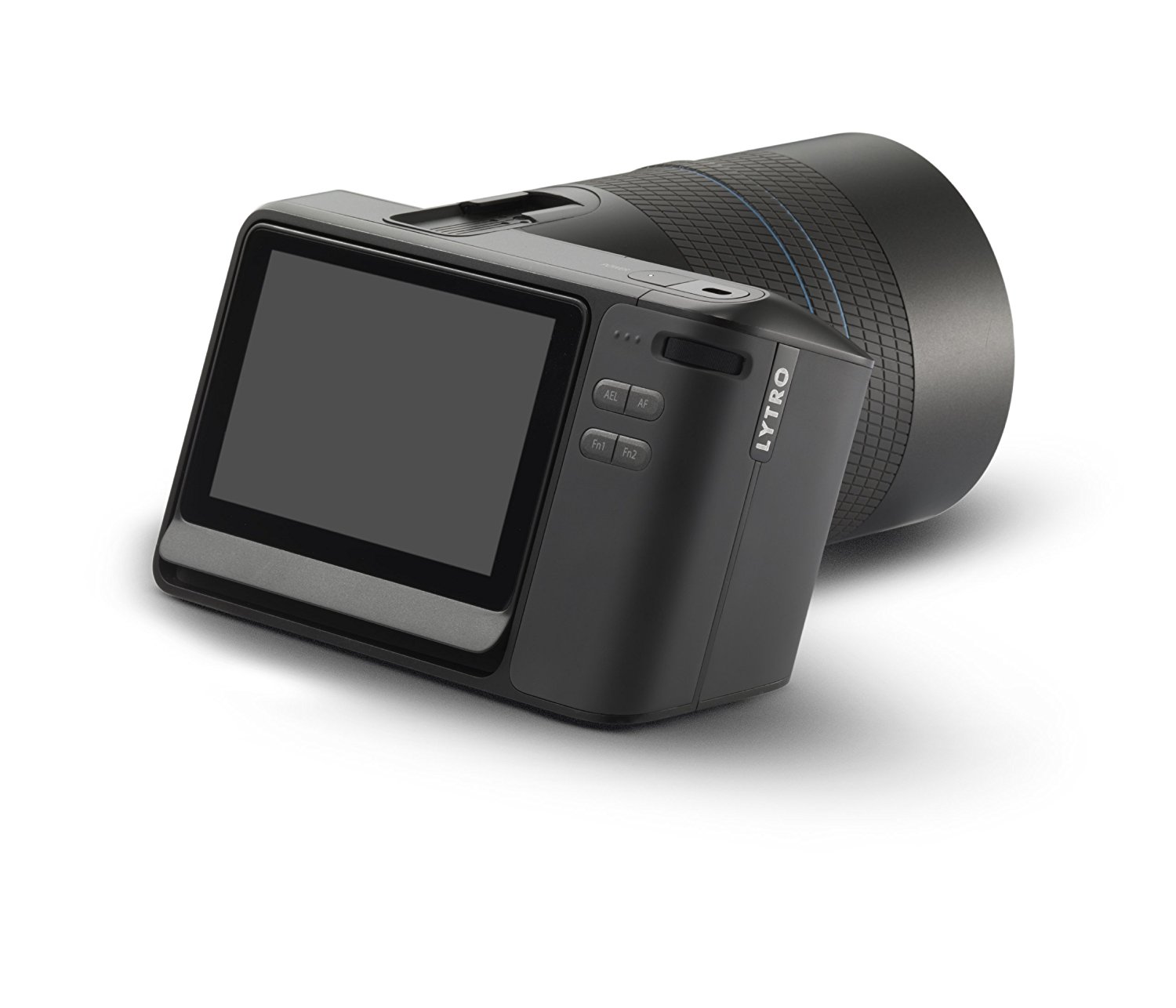 What's more, the fixed 30-250mm f/2 lens has an 8x optical zoom and a 1:3 macro feature. That means you can take all sorts of photos from portraits to macro, all without having to change out the lens.

Other goodies include a 4-inch touchscreen, a hot-shoe mount for accessories (like Pulse!), and a Lytro Button, which gives you a depth of field preview so you know precisely how to frame a shot to maximize depth.

Learn more about the Lytro Illum. 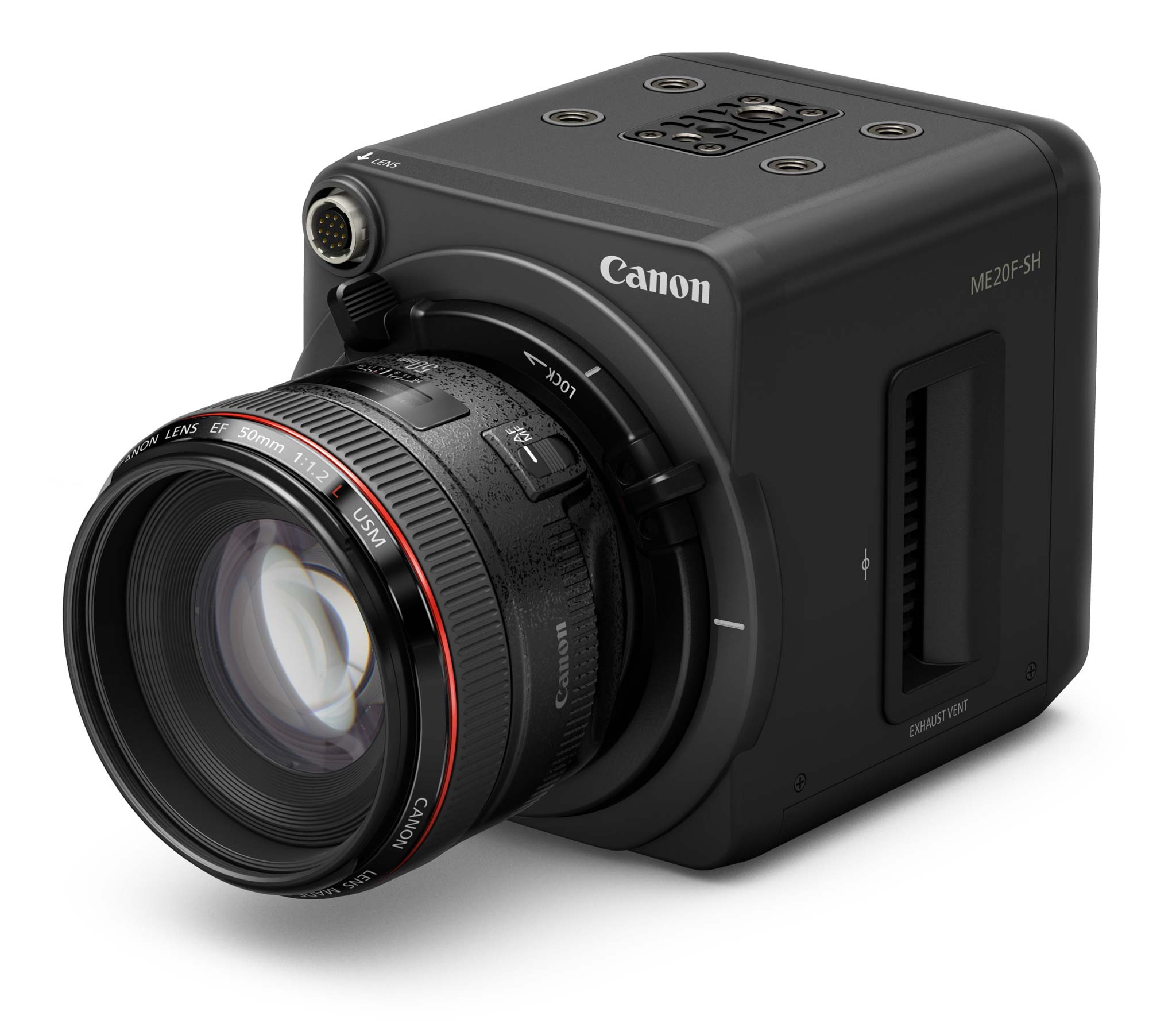 You might be thinking "yeah a Canon camera, how's that futuristic?"

What you might not know is that this camera can see in the dark. 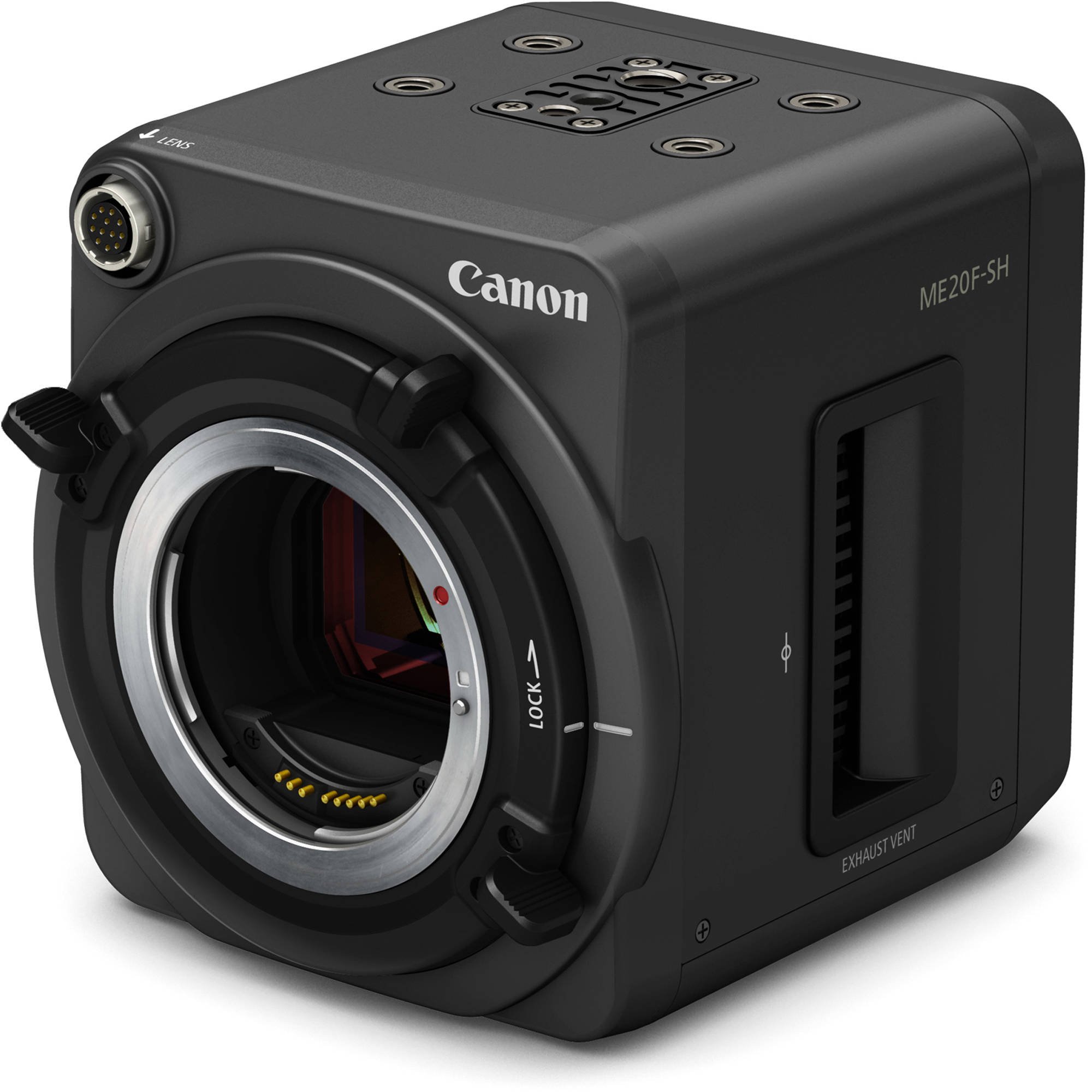 Part of what helps this camera have such an astonishing ISO is its 35mm full frame sensor with 2.26 million pixels.

In other words, the pixels on this sensor are about 7.5x larger than the pixels on traditional Canon full frame cameras, thus giving it an incredible ability to see in the dark.

Add in Digic DV 4 processing, wide DR and Canon Log gamma profiles that retain details in shadows and highlights, and support for an amazing 12-stops of dynamic range, and you've got the makings for one capable camera.

Learn more about the Canon ME20F-SH. 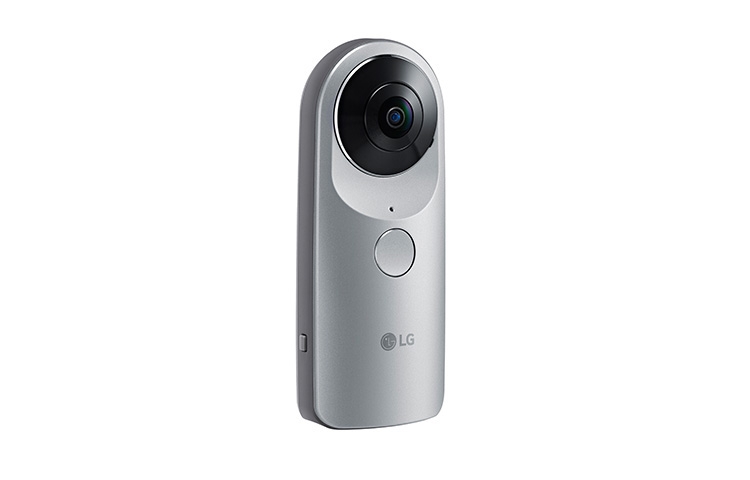 Though the LG 360 CAM looks less like a camera and more like a garage door opener, trust me when I say, it's definitely a camera.

And it's an innovative one, at that.

What's special about this camera is that it has dual 13-megapixel sensors and two wide-angle lenses.

That means you can capture photos and videos in true 360-degree fashion.

Add in three microphones that record sound in every direction, and you have a nifty little gadget that helps you create photos and videos like none you've ever seen before.

LG has its own 360-degree virtual reality engine that allows you to view what you capture, though Google Street View and YouTube360 are other options as well.

Looking at these futuristic gizmos makes me wonder what I'll be writing about another 20 years down the road.

I'm excited for what the future holds, aren't you?!