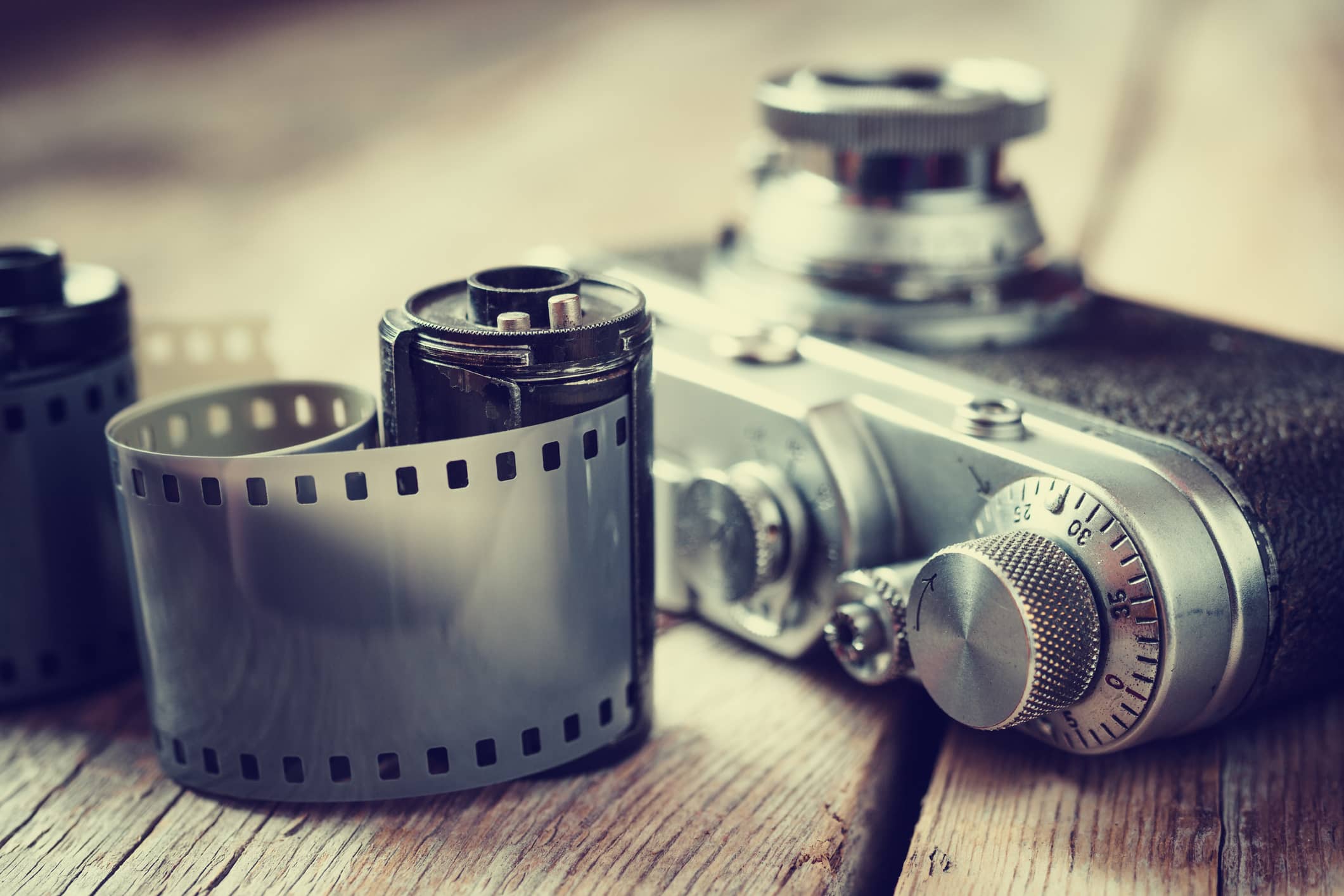 It's been awhile now that film has been making a resurgence in this digital age of ours.

I remember seeing hashtags a few years ago like #ShotOnFilm and thinking that it would just be a fad - if something like film photography that's been around for so long can be a fad, that is.

But here we are, years later, and people are still really excited about shooting on film.

If anything, film keeps getting more and more popular. Here's why. 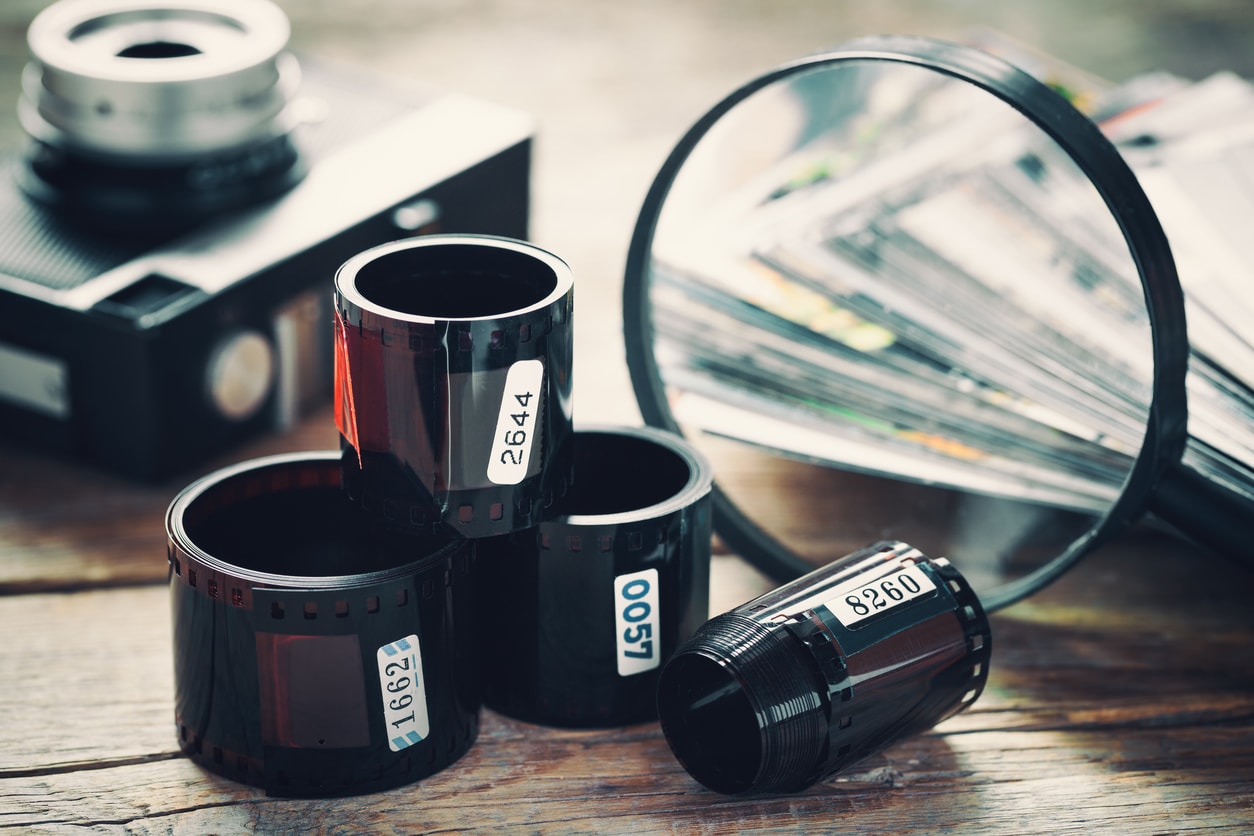 I remember having to drive a good 30 minutes back in the day to get my film developed.

And in my neck of the woods, there wasn't a one-hour photo, either, so it was a few days before I got my prints back.

That's just not the case anymore.

FujiFilm has released a new version of its highly popular Instax line of cameras - the Mini 9 shown below - that spit out a credit card-sized photo right then and there. 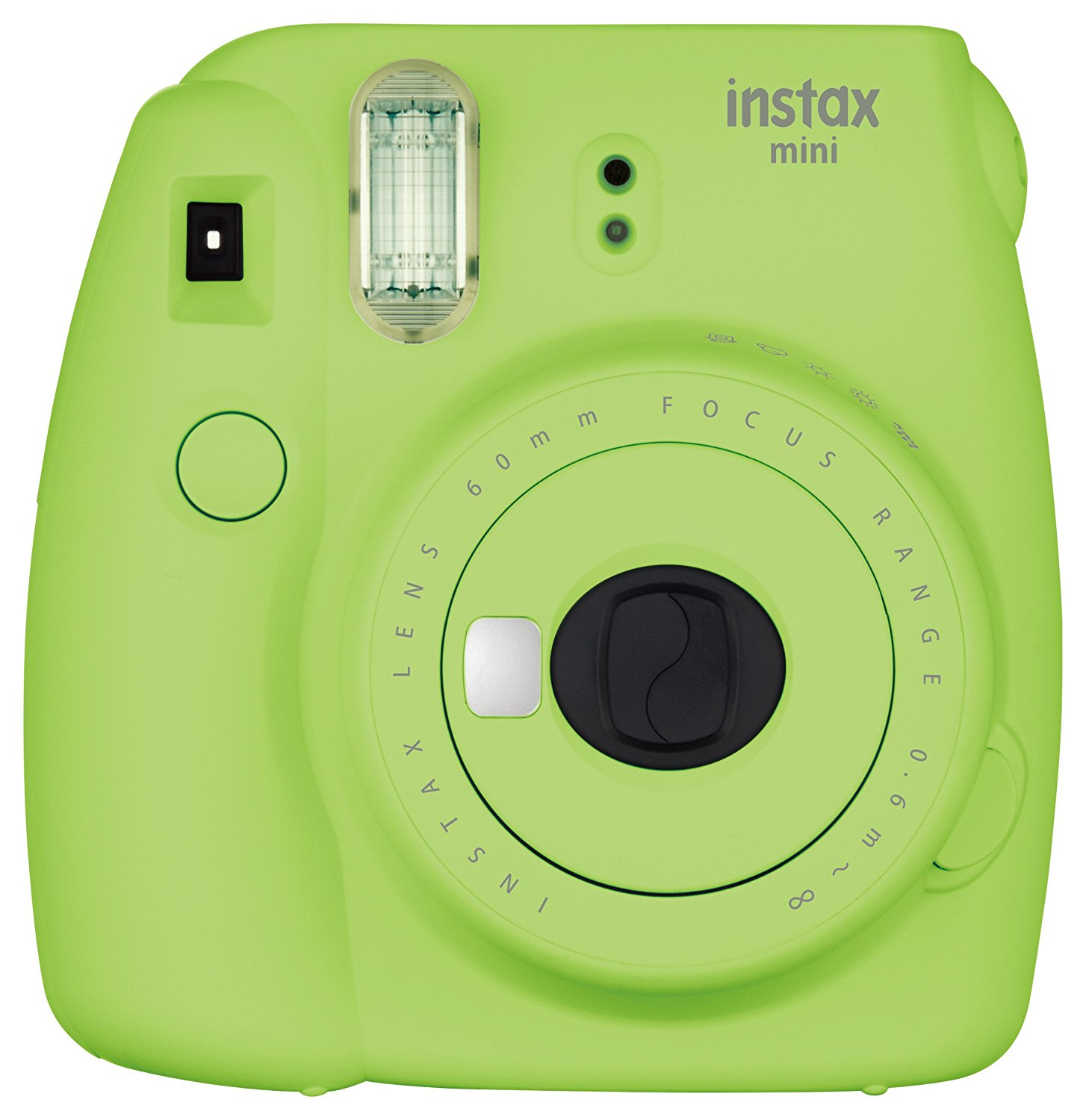 In other words, you get the quaintness of film (more on that in a minute) but the satisfaction of getting instant results like digital.

What's more, cameras like the Mini 9 are inexpensive. The film is well-priced too.

That means whether you want one for your kid to introduce them to film photography or want a whole bunch to give to guests at your wedding reception, you can.

Film is a Great Learning Tool 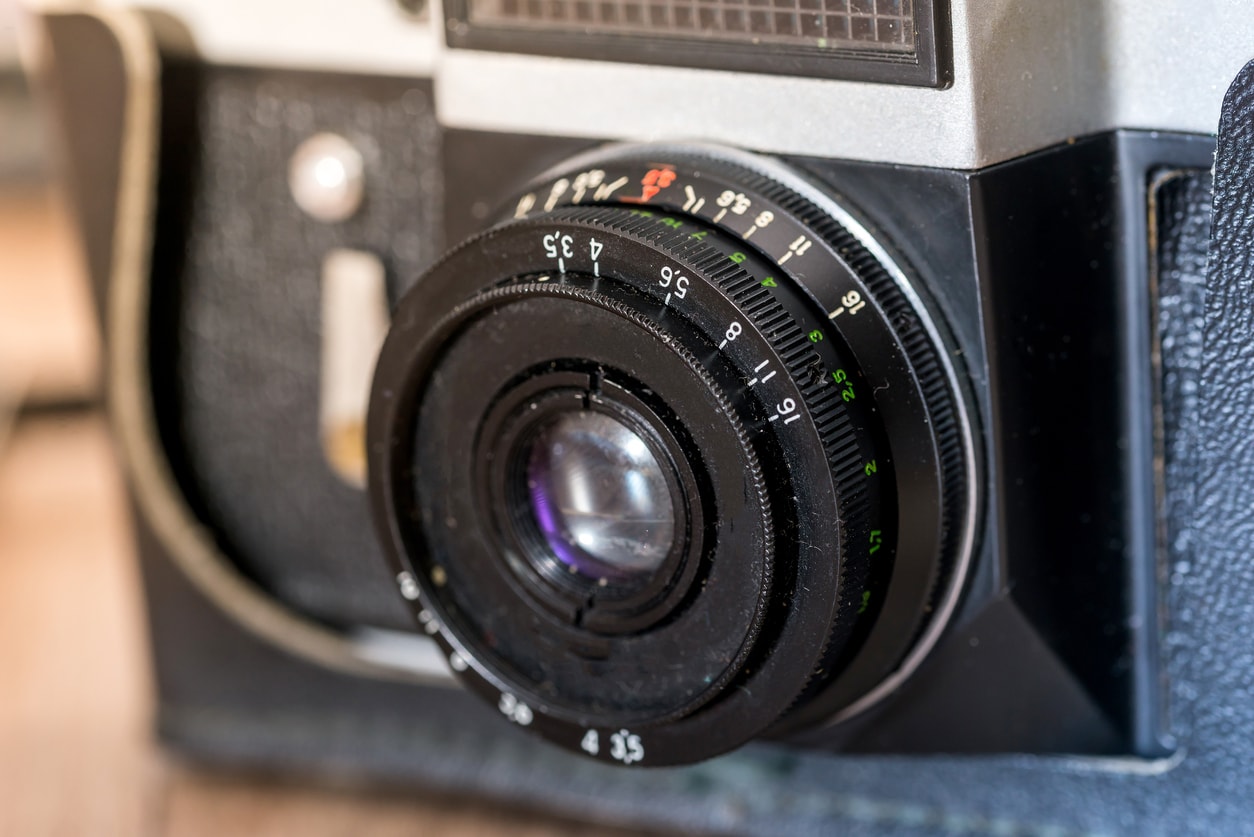 One of the issues I have with digital photography is that there's just no limit to how many frames you can shoot.

Though, on the one hand, this is nice because you can constantly work on perfecting your shot, on the other hand, there's the feeling that you can just "spray and pray" with your camera without worry of the consequence of how many frames you've shot.

With film, however, you have a limited number of images you can take, and that makes you approach photography a bit differently. 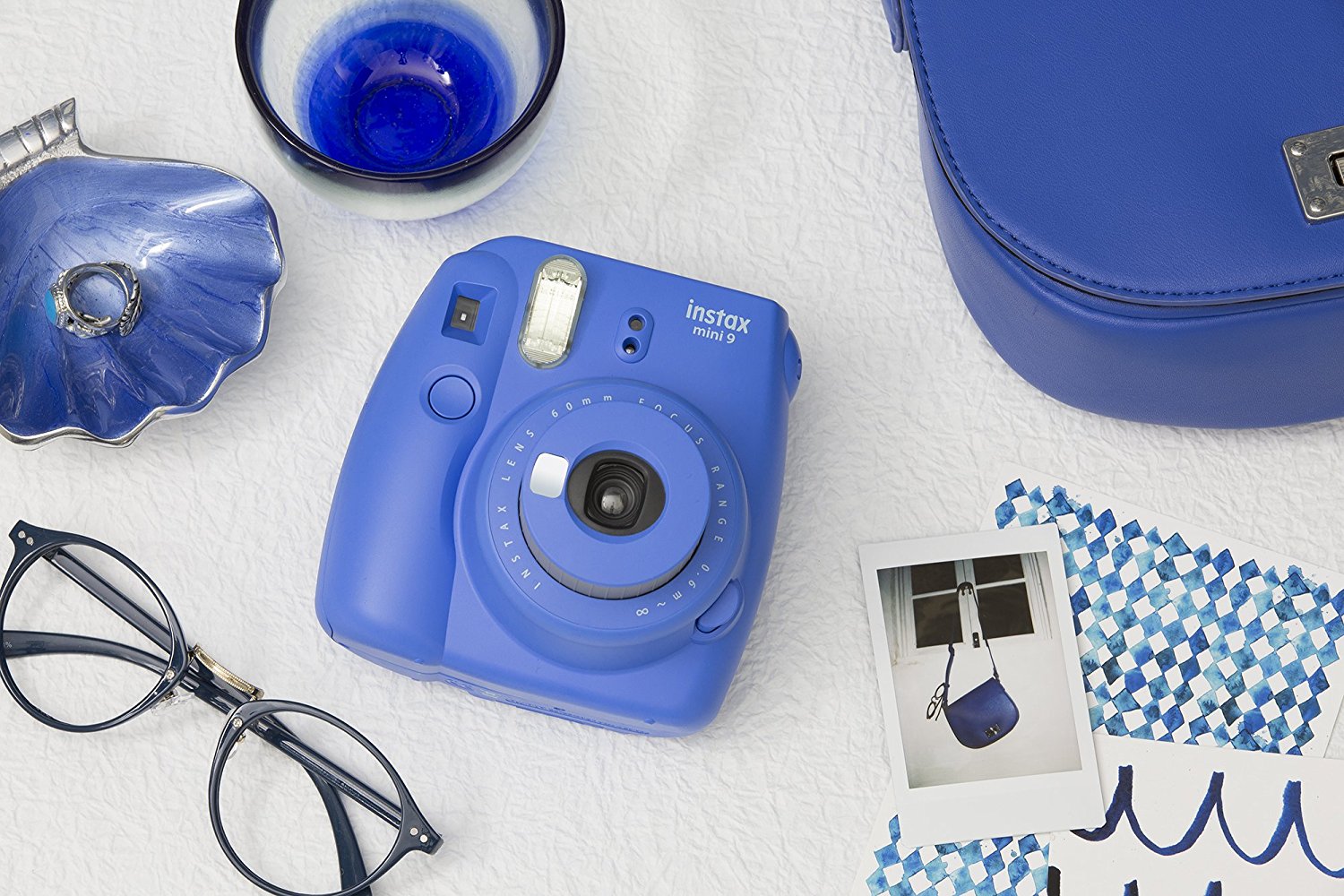 Instead of shooting in burst mode, you're forced to take your time, think about the composition, and work a little harder to find a vantage point that gives your photos the look and feel you want.

Even on instant cameras like the Mini 9, you're limited to 10 exposures per film pack.

That means that even if you're using your camera for parties or other events, you have to give a little thought to the 10 shots you take.

Some Film Cameras are Tiny and Easy to Use 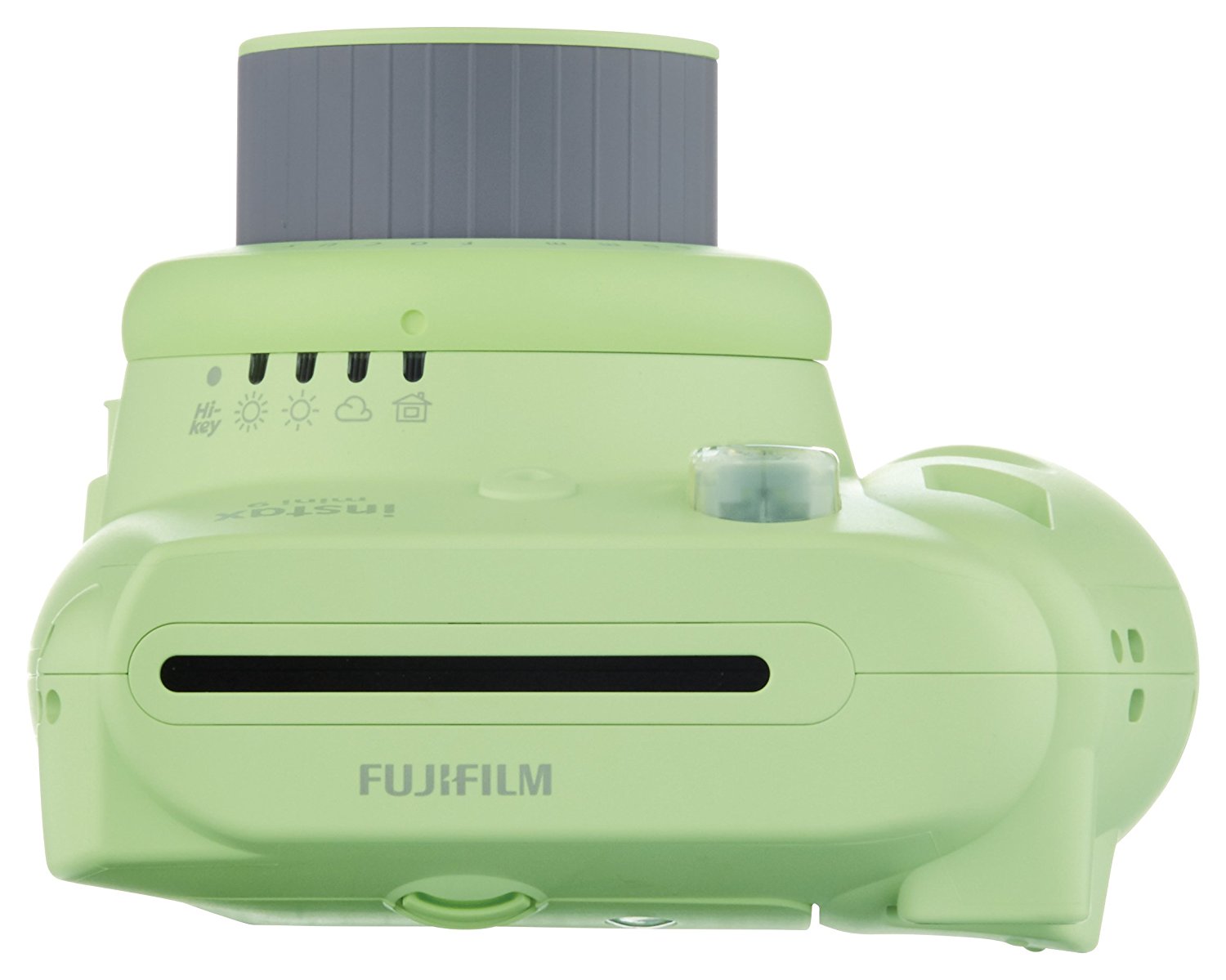 You don't have to hit up eBay and buy an old 35mm camera to get into film photography.

In fact, something like the Mini 9 is a great starter film camera for kids and adults alike because it's so small and user-friendly.

Measuring less than 5 x 5 x 3 inches, you can carry the Instax 9 around with ease, documenting family trips, fun with friends, parties, and so forth, as you go. 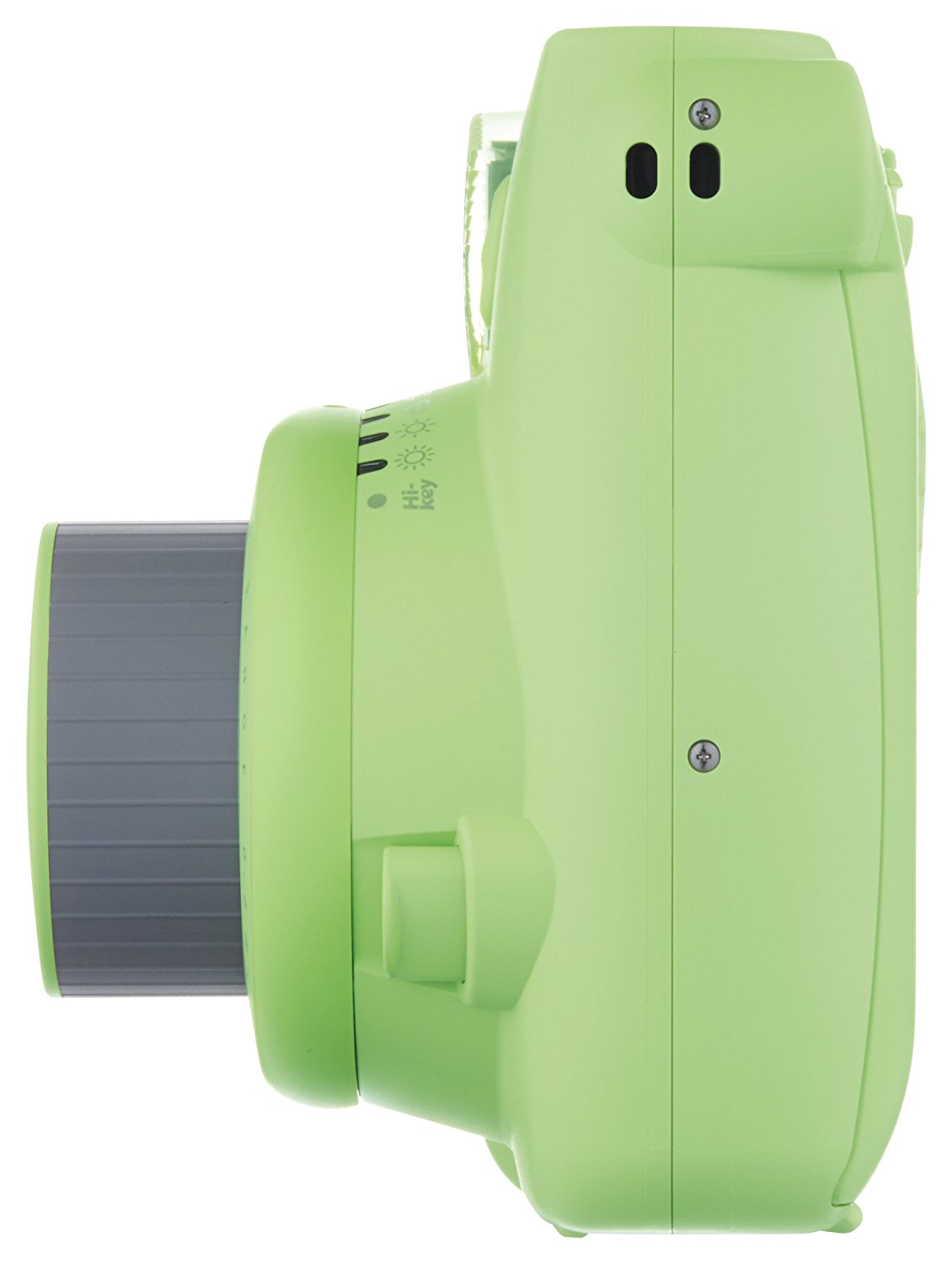 It weighs barely 11 ounces (before adding film and batteries), so it's not like you have to carry a heavy load, either.

The Mini 9 continues the tradition of ease of use, too.

It shoots at a constant shutter speed of 1/60 seconds, and with no ISO to set, that means all you have to do is select an appropriate aperture and frame the shot.

The camera includes an aperture selection dial for indoors (f/12.7), cloudy (f/16), partly cloudy (f/22), and sunny (f/32), so it's a simple matter of selecting the setting to match the shooting conditions.

It's Nice to Actually Hold a Print 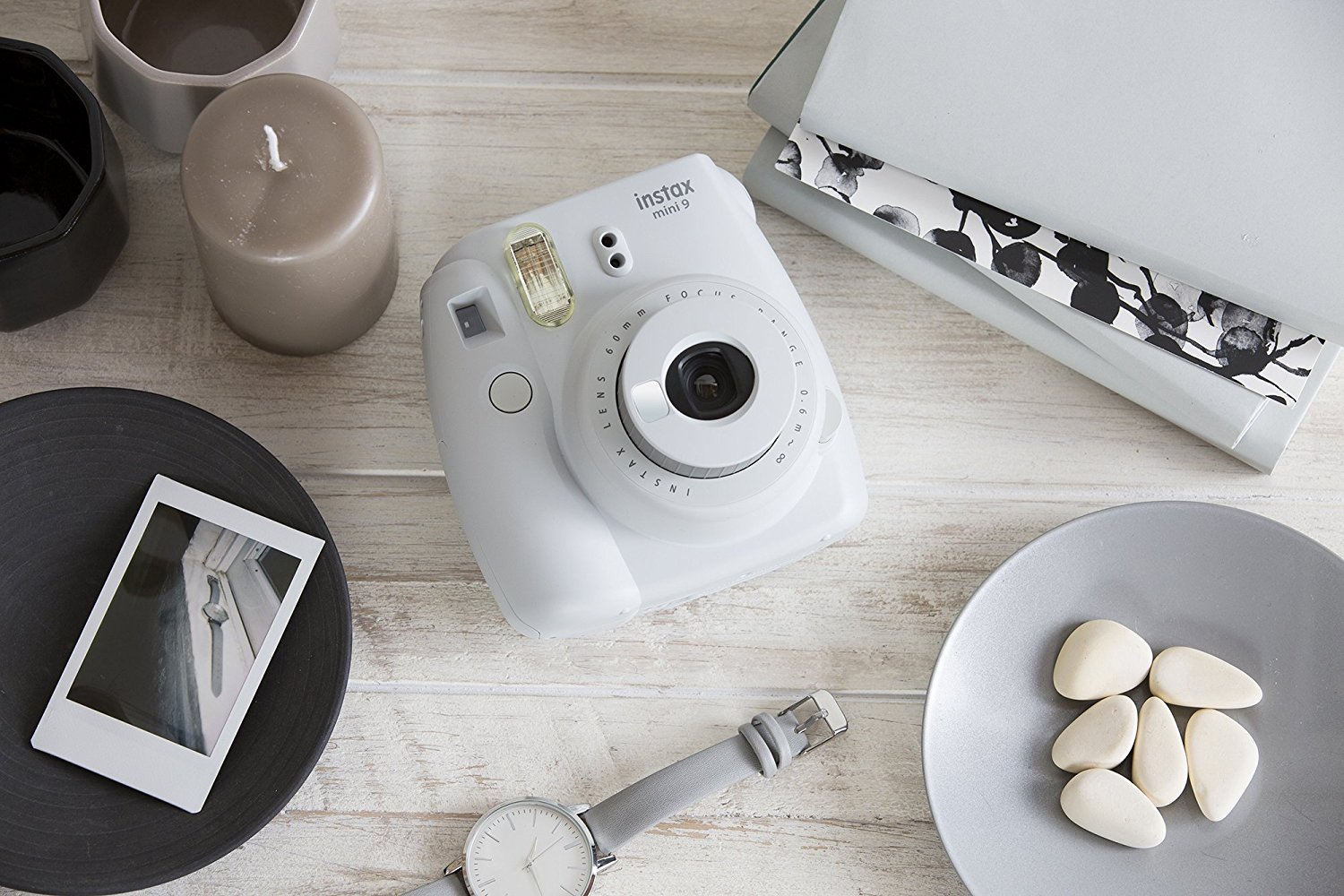 For all the virtues that digital photography has, it's a totally different experience looking at a photo on a computer screen than it is to actually hold a photo in your hand.

When you hold a print in your hand, you feel a connection to that moment in a way that's perhaps not even possible with a digital photo.

That tactile experience is wonderful. 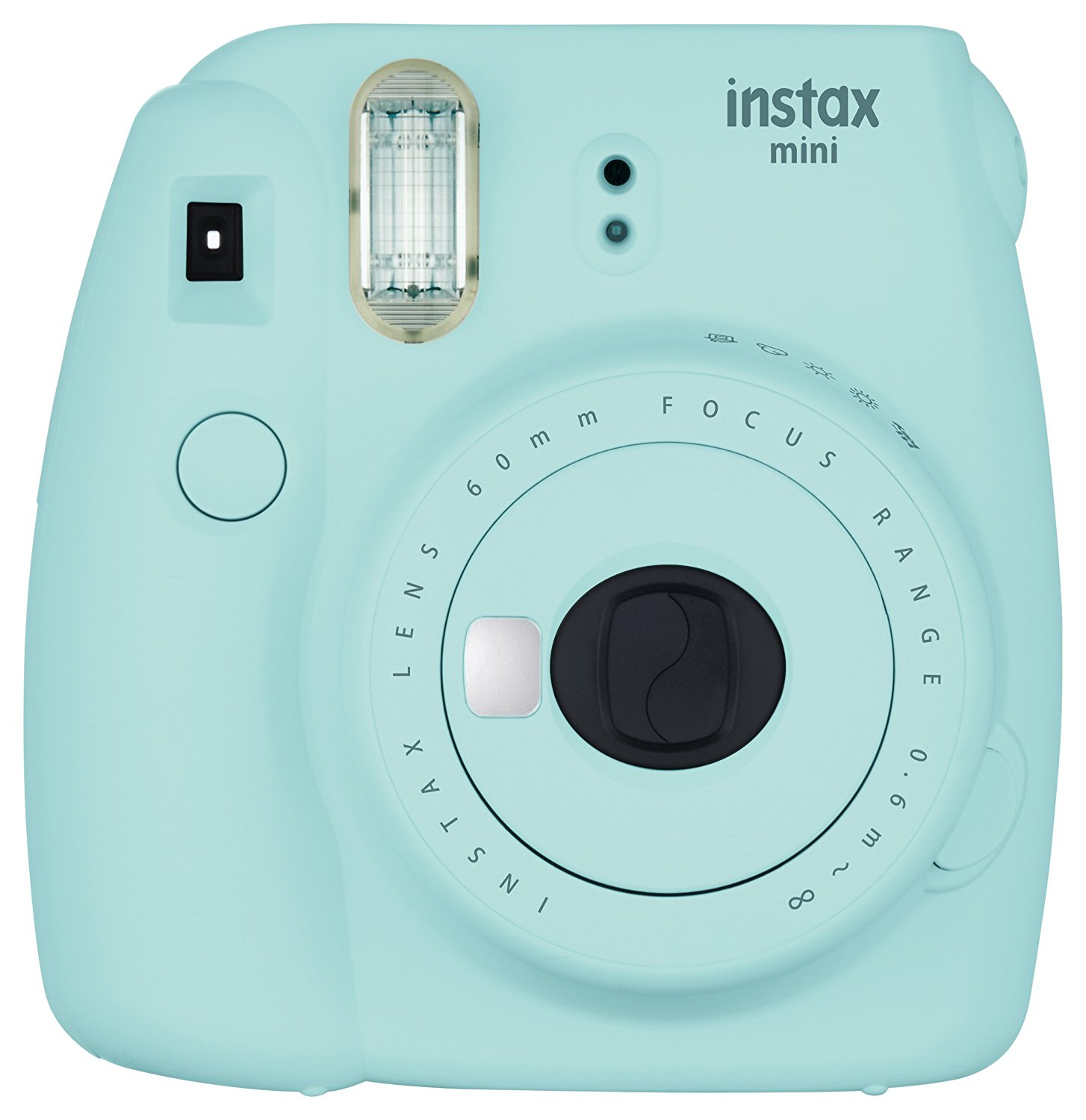 The issue, of course, is that not everyone has an old 35mm film camera lying around, nor does everyone have a film processor nearby.

That's why instant cameras are so great.

You can get that tactile experience of film, but do so immediately, and without having to pay for processing. That's not a bad combination! 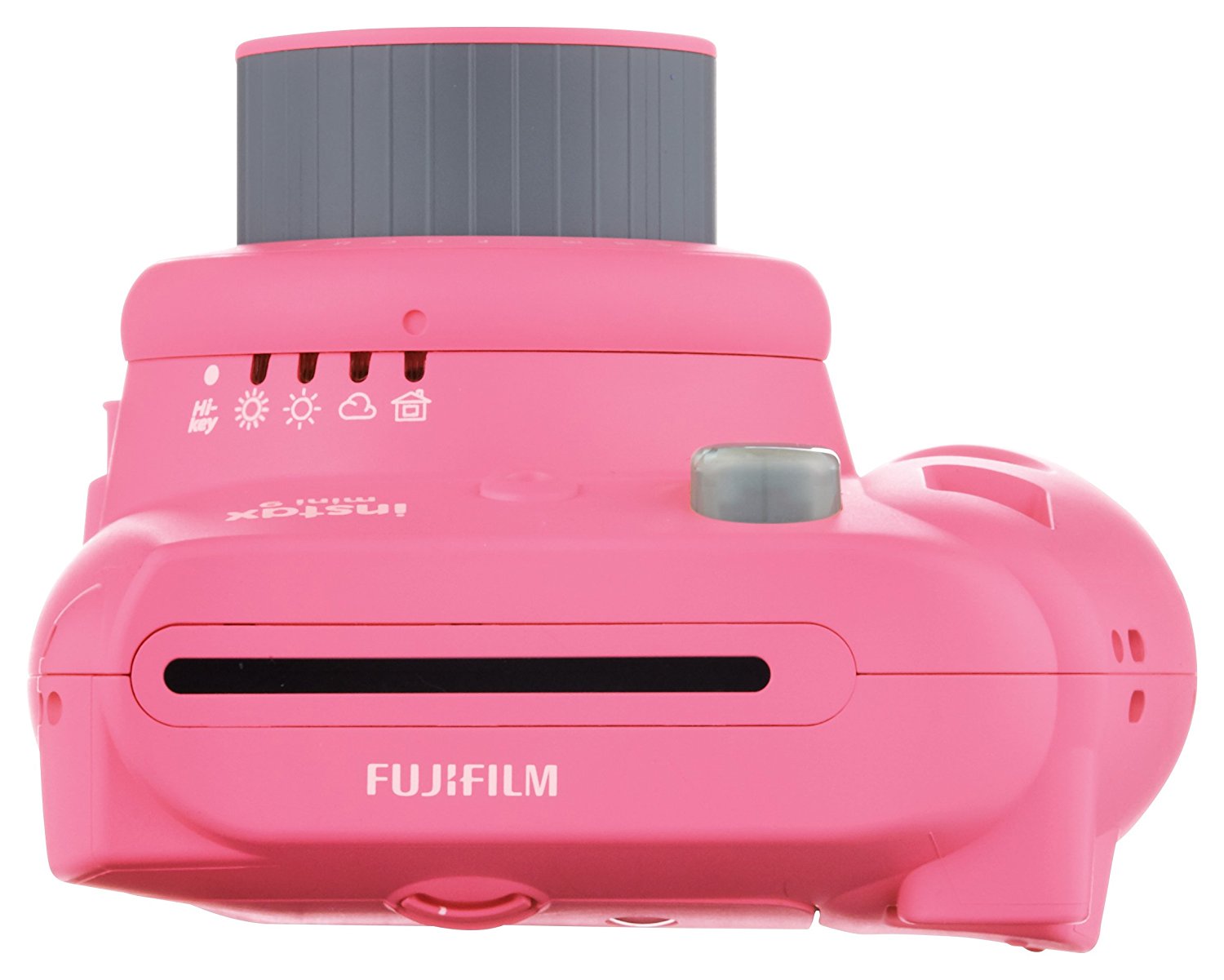 One of the reasons that instant film cameras are such a great way to get into film photography is that they are increasingly offering interesting features that make them even more fun to use.

The Mini 9 has a 60mm lens that's roughly the equivalent of a 34mm lens on a full frame camera.

That gives you the perfect focal length for taking photos of anything from a landscape to a portrait.

With an ability to focus from 24 inches away, you can get close-up shots, too.

But where the Mini 9 gets really cool is with its new close-up lens attachment.

Just clip the lens on the camera, and you can focus from 14 inches away.

Add in the mirror on the front of the camera body, and you've got a recipe for a fun, film-based selfie camera.

In a world in which we're all so plugged in and worried about likes and shares on our Instagram posts, it's nice to get away from it all and get our hands dirty with film photography.

But as I've noted above, getting involved in film doesn't mean you have to get so involved as to buy a film camera, manual lenses, and build a dark room in your basement.

Grab an instant camera and film, use it to reconnect with what got you interesting in photography in the first place, and see what wonders you can create with the FujiFilm Instax Mini 9.