8 Camera Hacks You Have to See to Believe 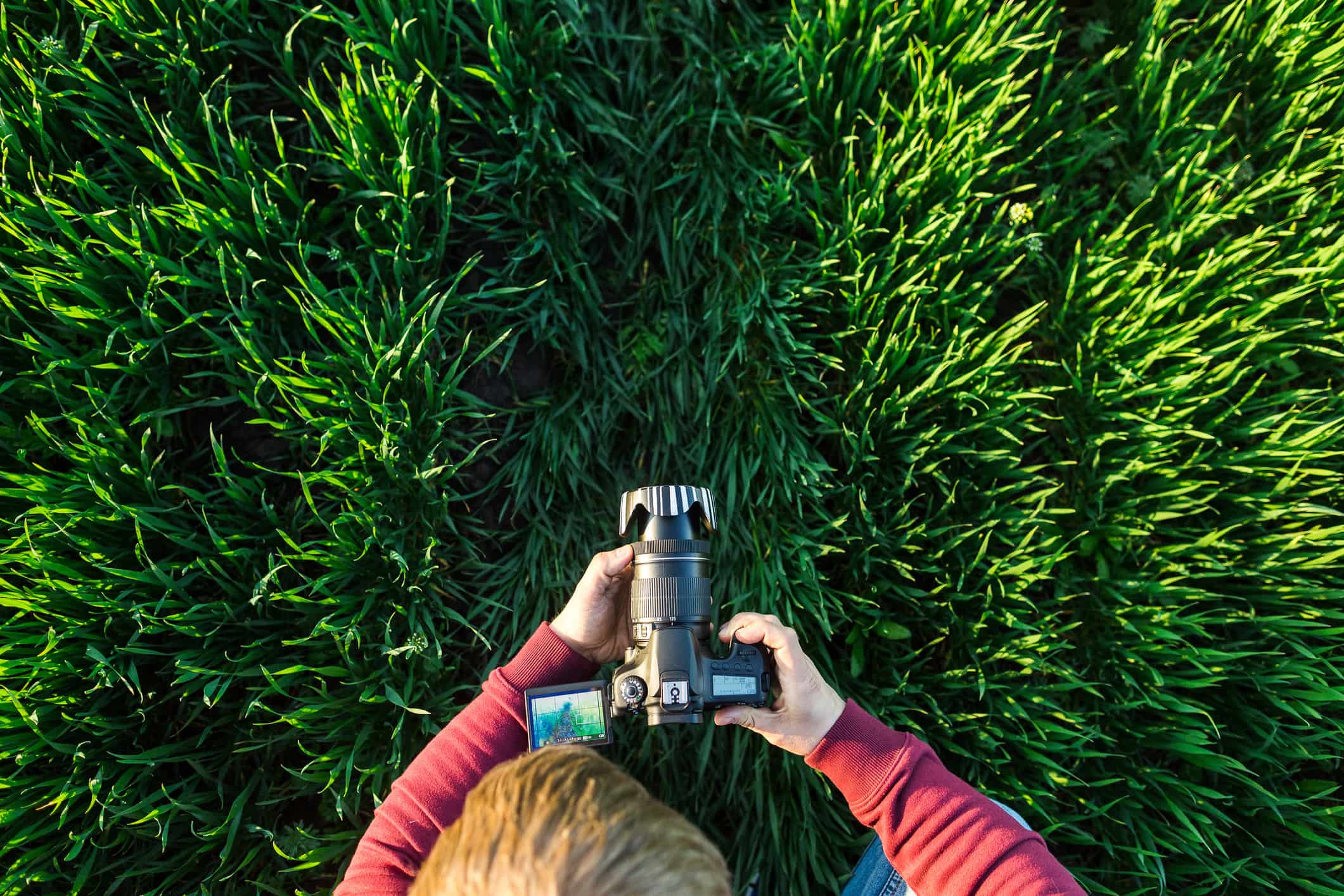 I'm pretty creative when it comes to things like composing an eye-catching photo.

I mean, I feel like I have a pretty dang good creative eye and that I am better equipped to make unique photos better than most people.

Having said that, I'm not at all creative when it comes to thinking of interesting photography hacks that make my life easier. I guess my mind just doesn't work that way!

But Peter McKinnon has a mind works that way, and he's come up with eight absolutely awesome (and useful!) photography hacks that you have to see to believe.

Peter outlines each in the video below, and I've summarized each hack below that. Enjoy! 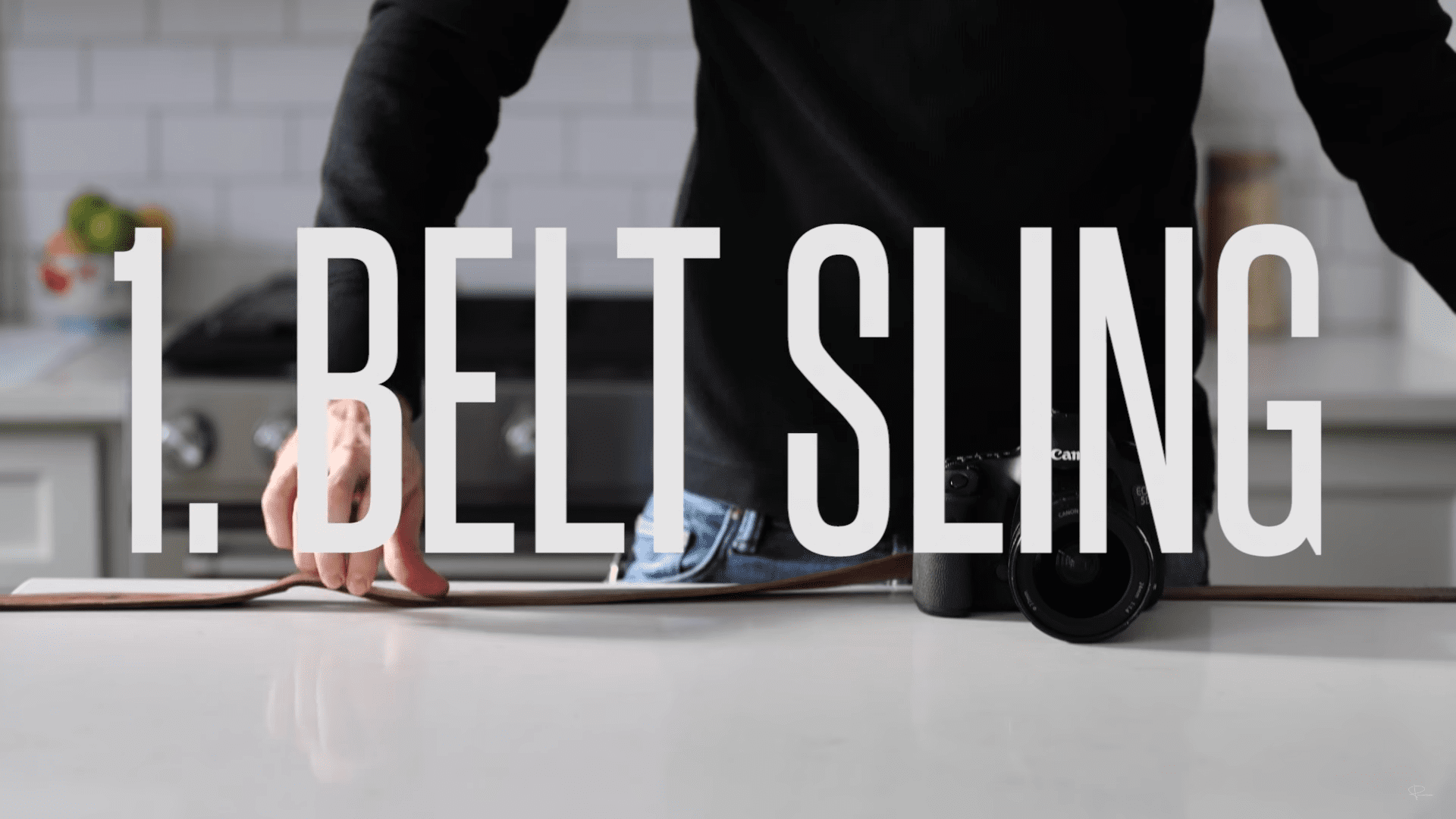 When you're taking video, getting smooth, panning motion shots sometimes requires a gimbal to keep the camera's movement from causing a bouncy feeling in the video.

That is, of course, unless you use your belt as a sling...

As Peter shows in the video, simply wrap your belt around the camera body, secure it tightly, and you've got a DIY sling that will help you get nice, smooth video. 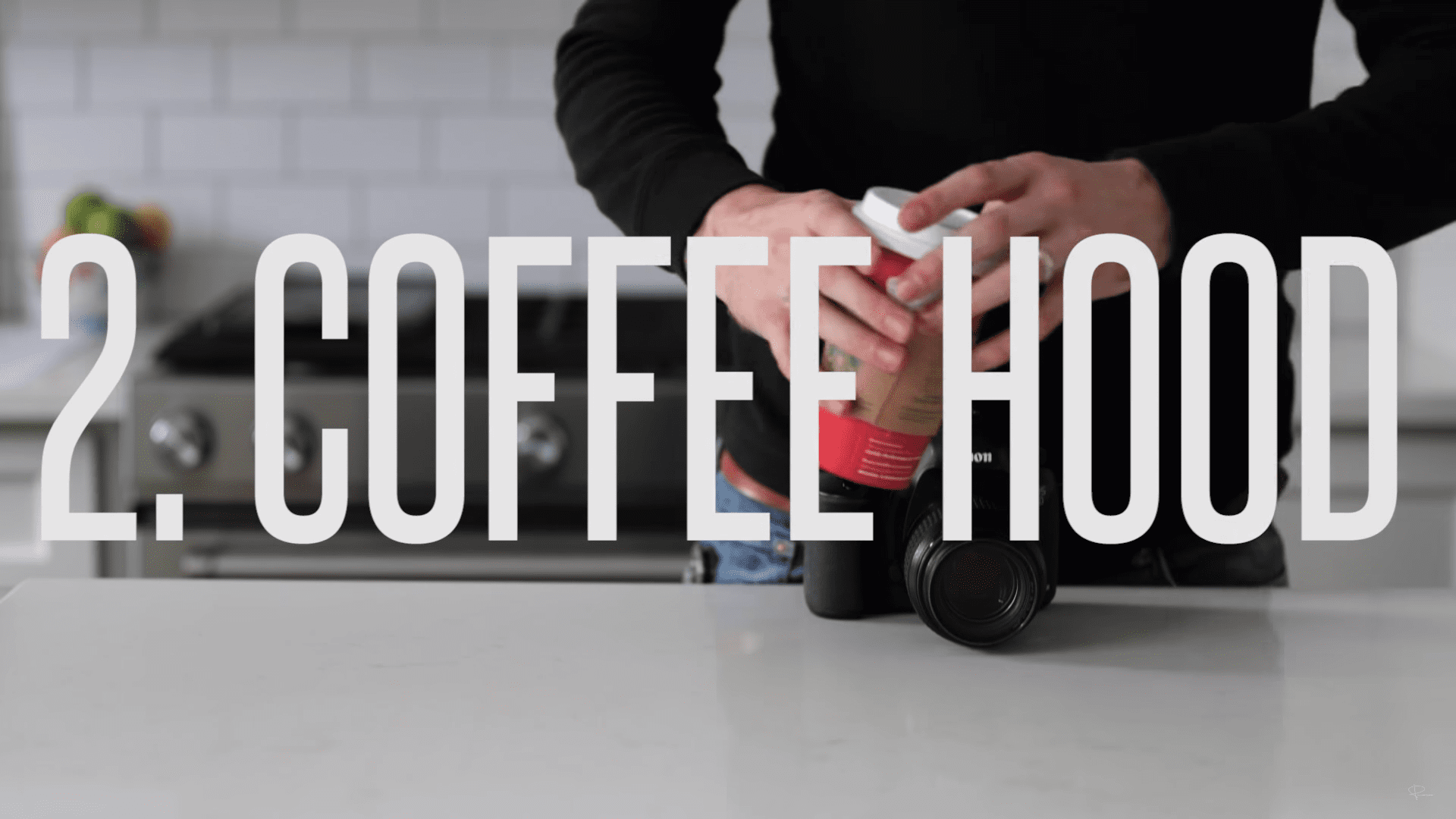 If you find yourself in a situation in which you need a lens hood to minimize sun flare or protect the lens glass from rain or snow, you can make your own out of a throw-away coffee cup.

Just remove the cardboard cover that protects your hands from the temperature of the coffee, slide it over the end of your lens, and voila - you have a cheap, yet effective lens hood for emergency situations. 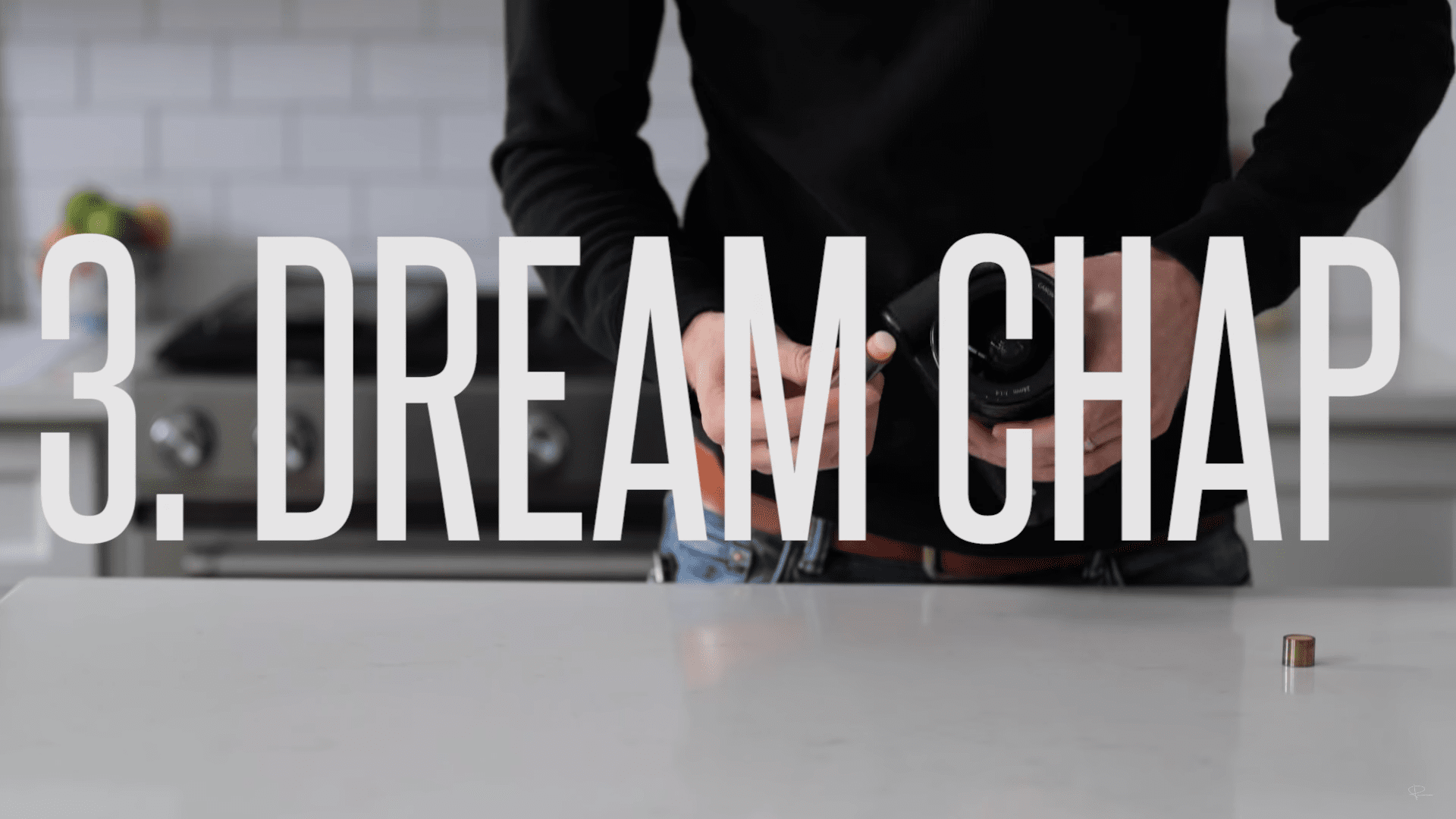 You know those photos that have a soft focus that gives them a dreamy look?

Those are easy to replicate with a simple application of lip balm... 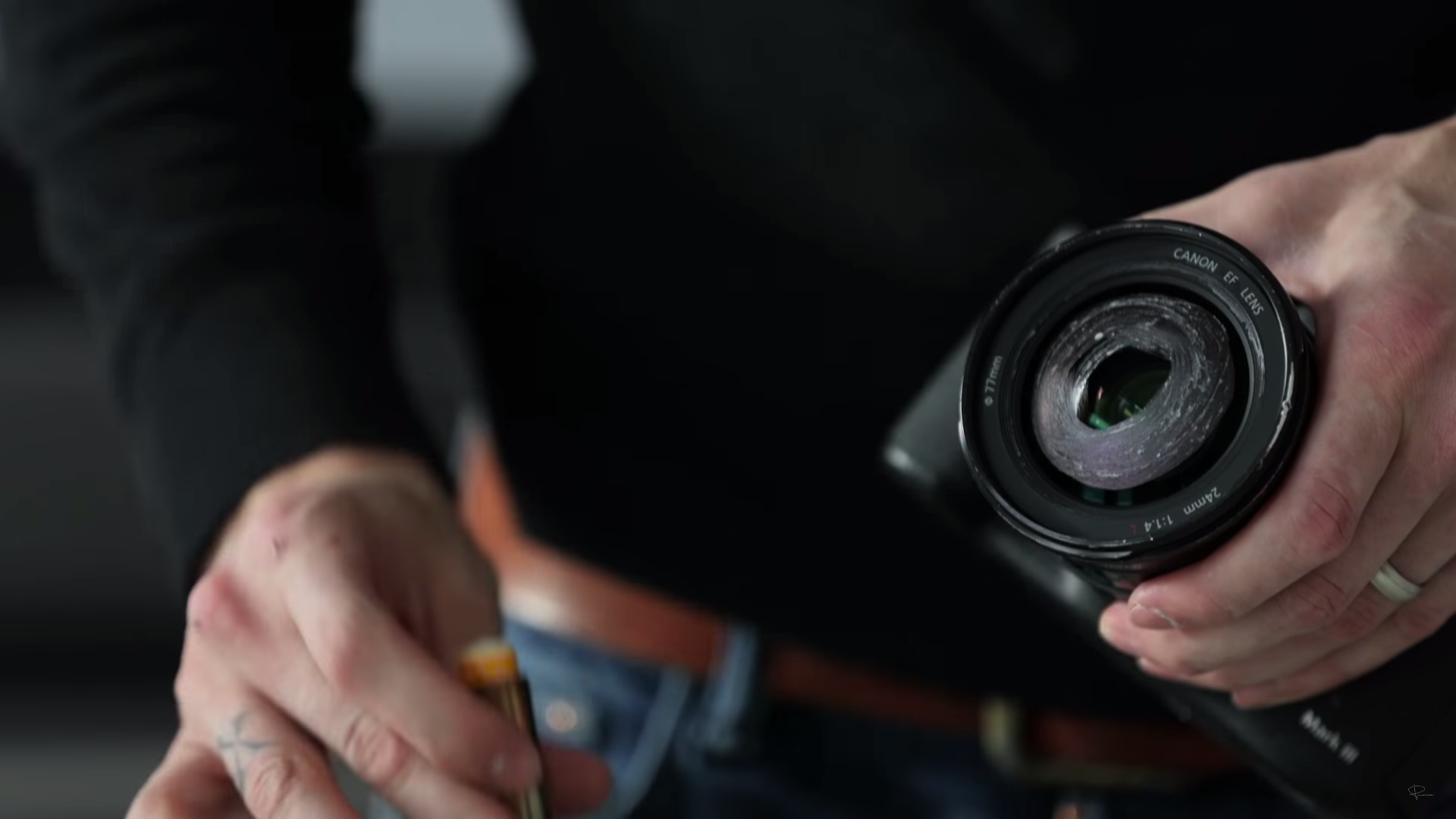 Just spread a little balm on the outer one-third of the lens glass, and you'll have a clear shot of your subject in the middle, with a dreamy, blurry ring that surrounds it. 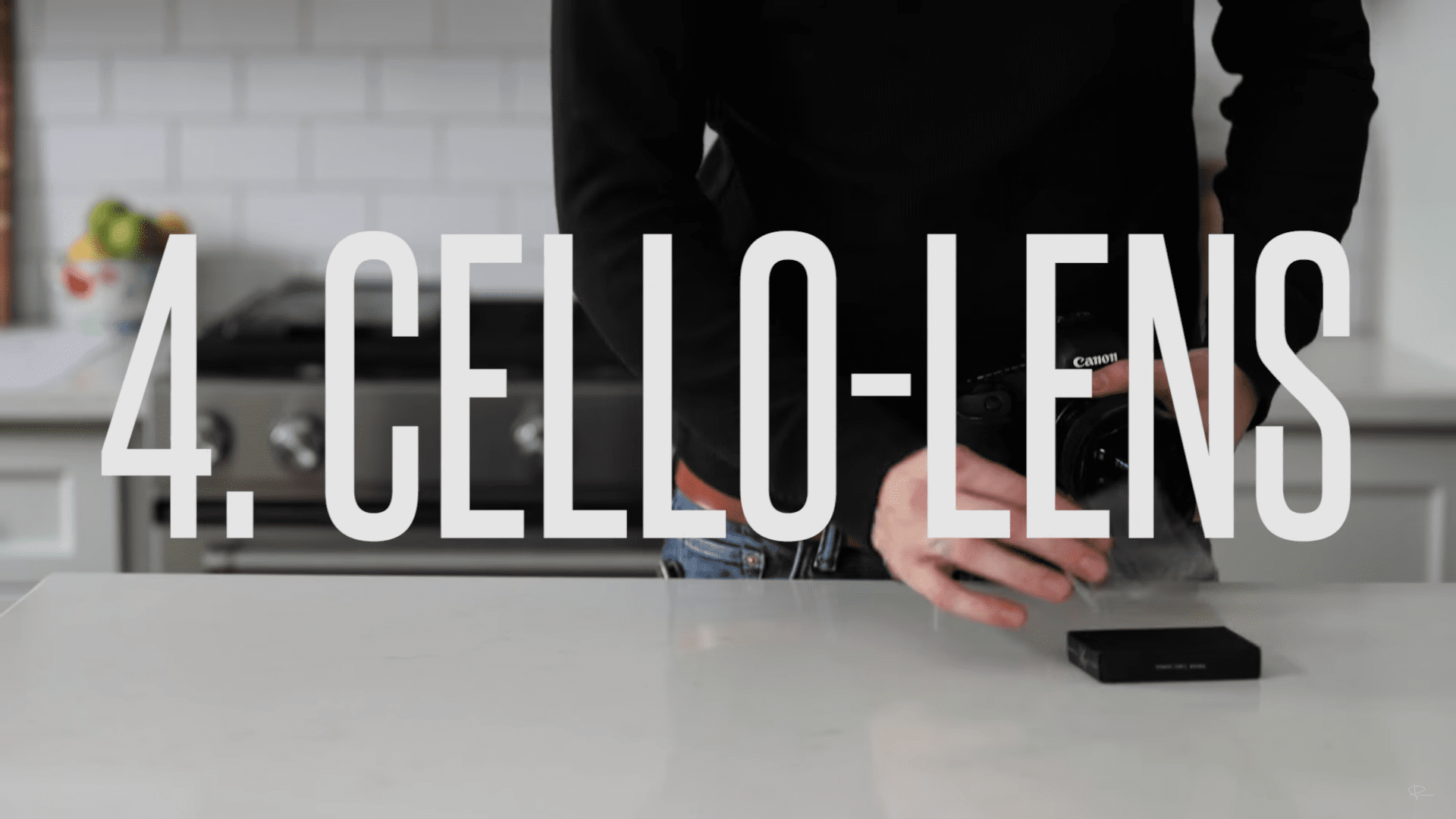 Another option for creating more unique images is to use cellophane to obstruct part of the field of view of the lens.

Not unlike the previous tip with the lip balm, this helps add just a touch of interest - which appears almost like ghosting - to an otherwise ordinary shot.

It's a subtle effect, but one that can have an impressive impact. 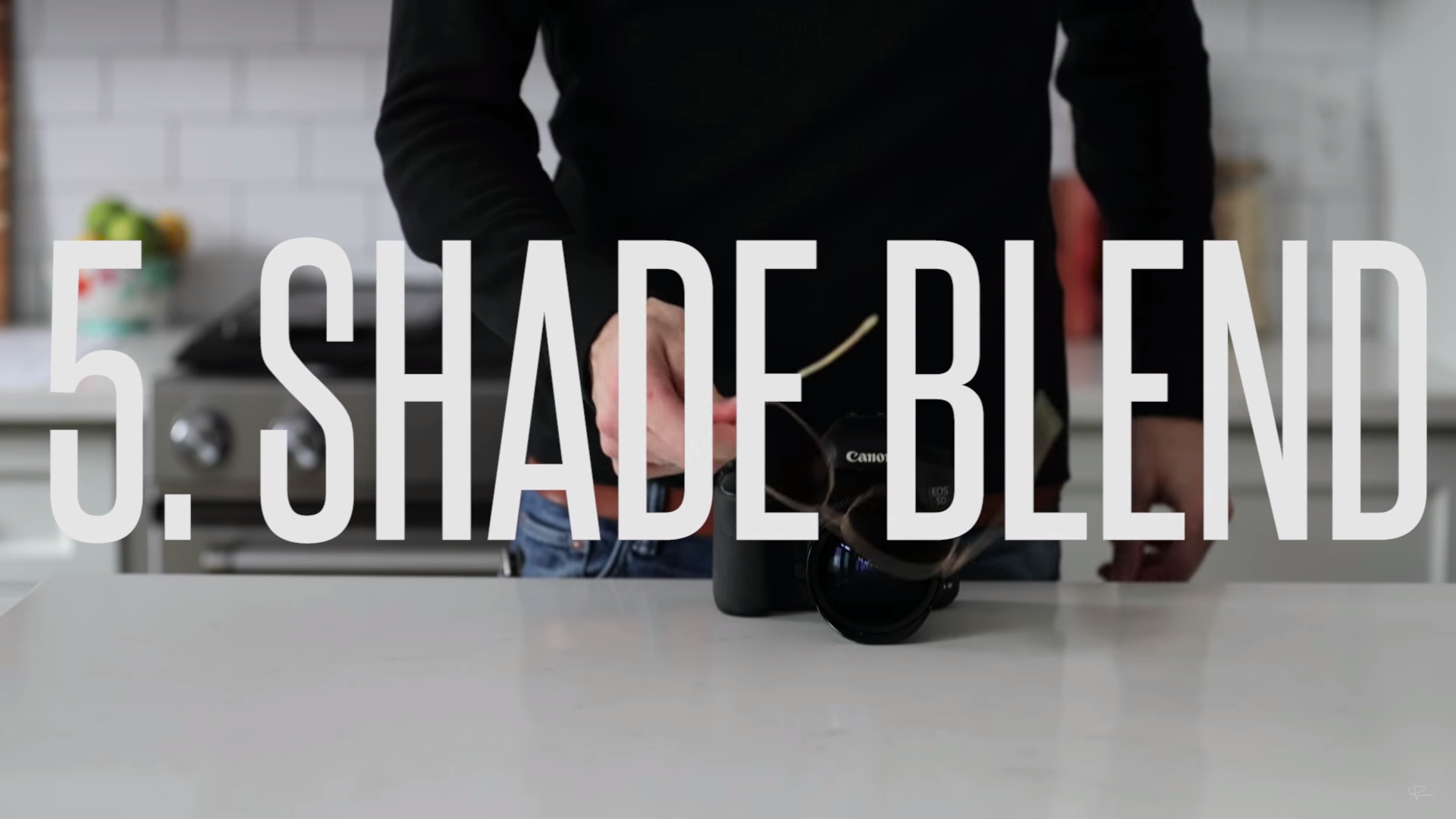 Everyone has a pair of sunglasses just lying around, and believe it or not, they can be used as a photography tool.

Just hold the shades in front of your camera's lens, and take a photo that has an interesting, blended look, as seen below. 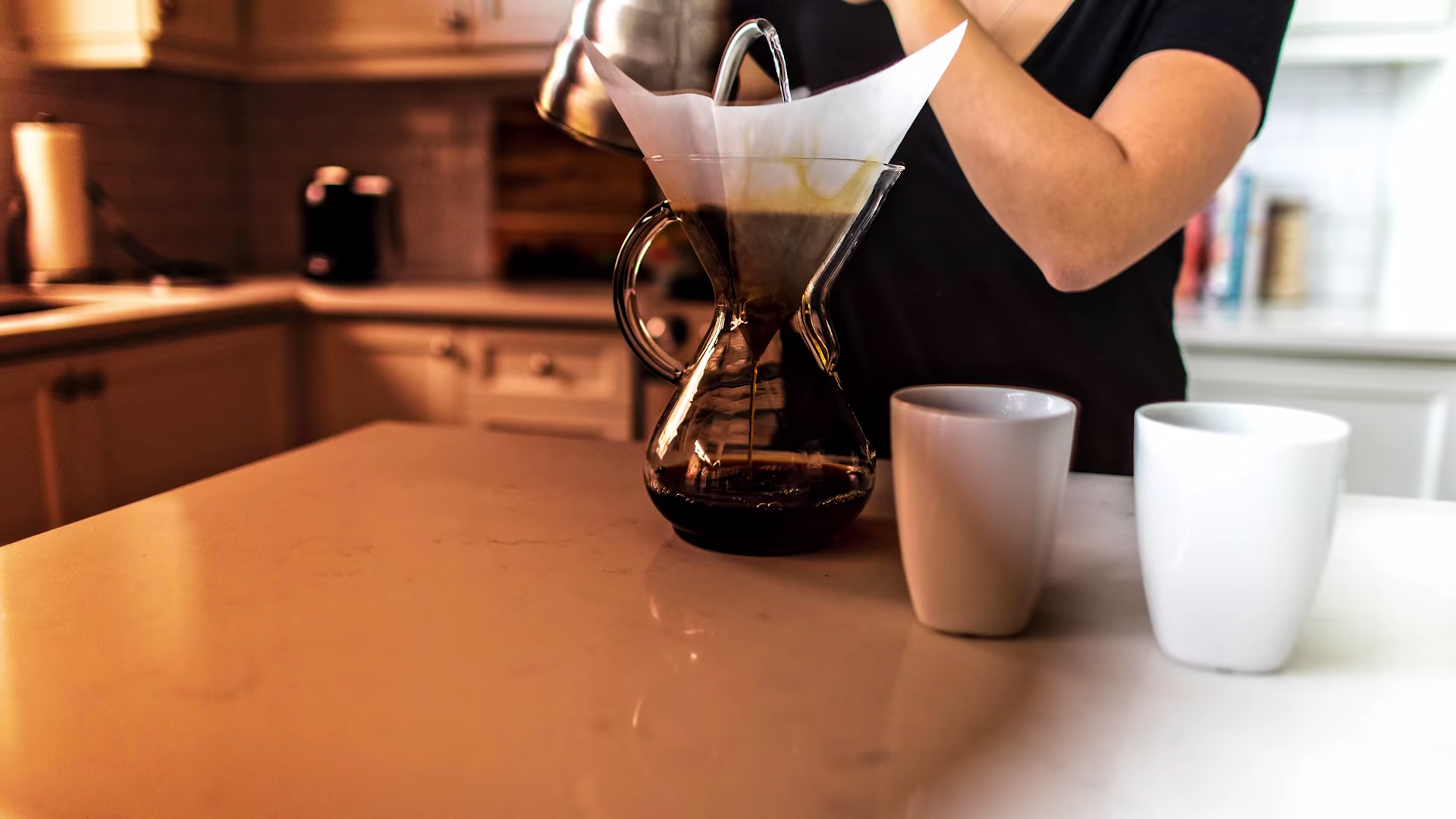 The best part is that the sunglasses will be so close to the camera that their frame will be blurry.

That makes it look almost like a colored light leak rather than a lens from sunglasses for a super cool effect. 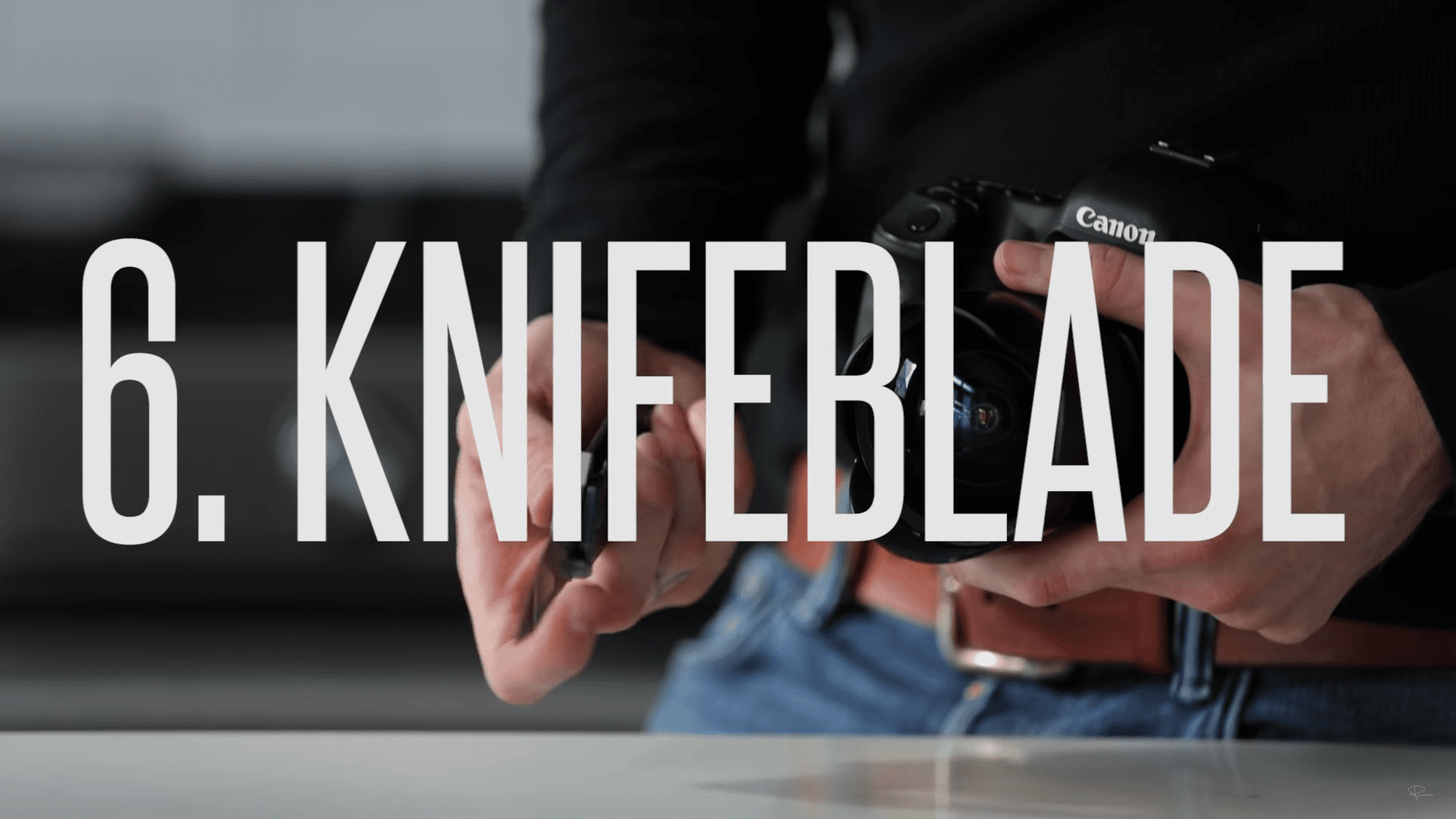 This one causes me to have a little panic because it involves holding a knife blade up to your camera's lens.

Obviously, you need to take great care when doing this trick such that you don't scratch your lens.

But the effect is an interesting one because it adds a unique, reflective effect to the foreground of the image.

If you're looking for a way to add a bit of visual interest, give this technique a try! 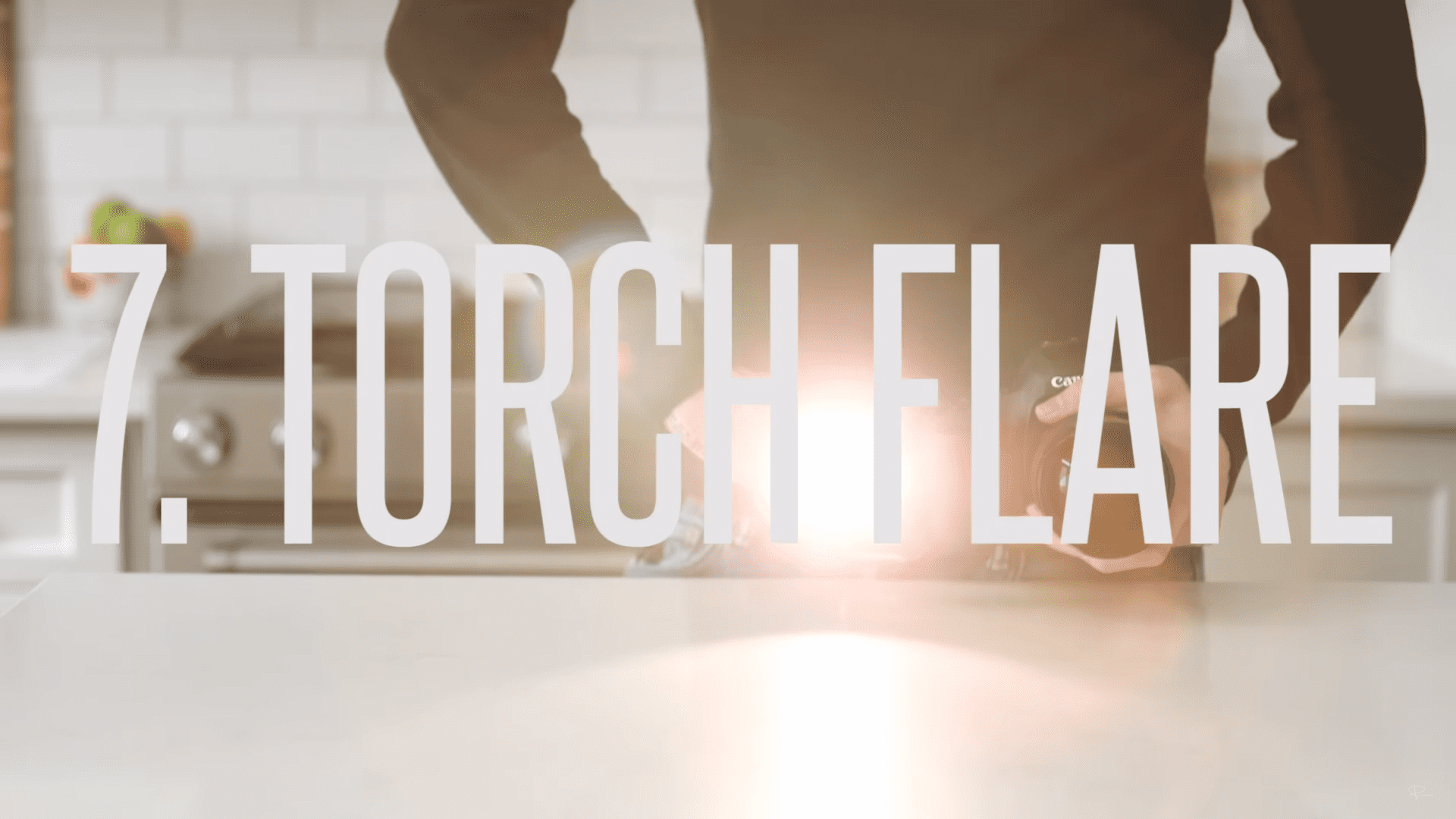 Though we sometimes go to great lengths to minimize flare in our photos, it can certainly be used to add a creative element to your photos.

Likely the easiest way to add flare is to shine a flashlight into your lens. 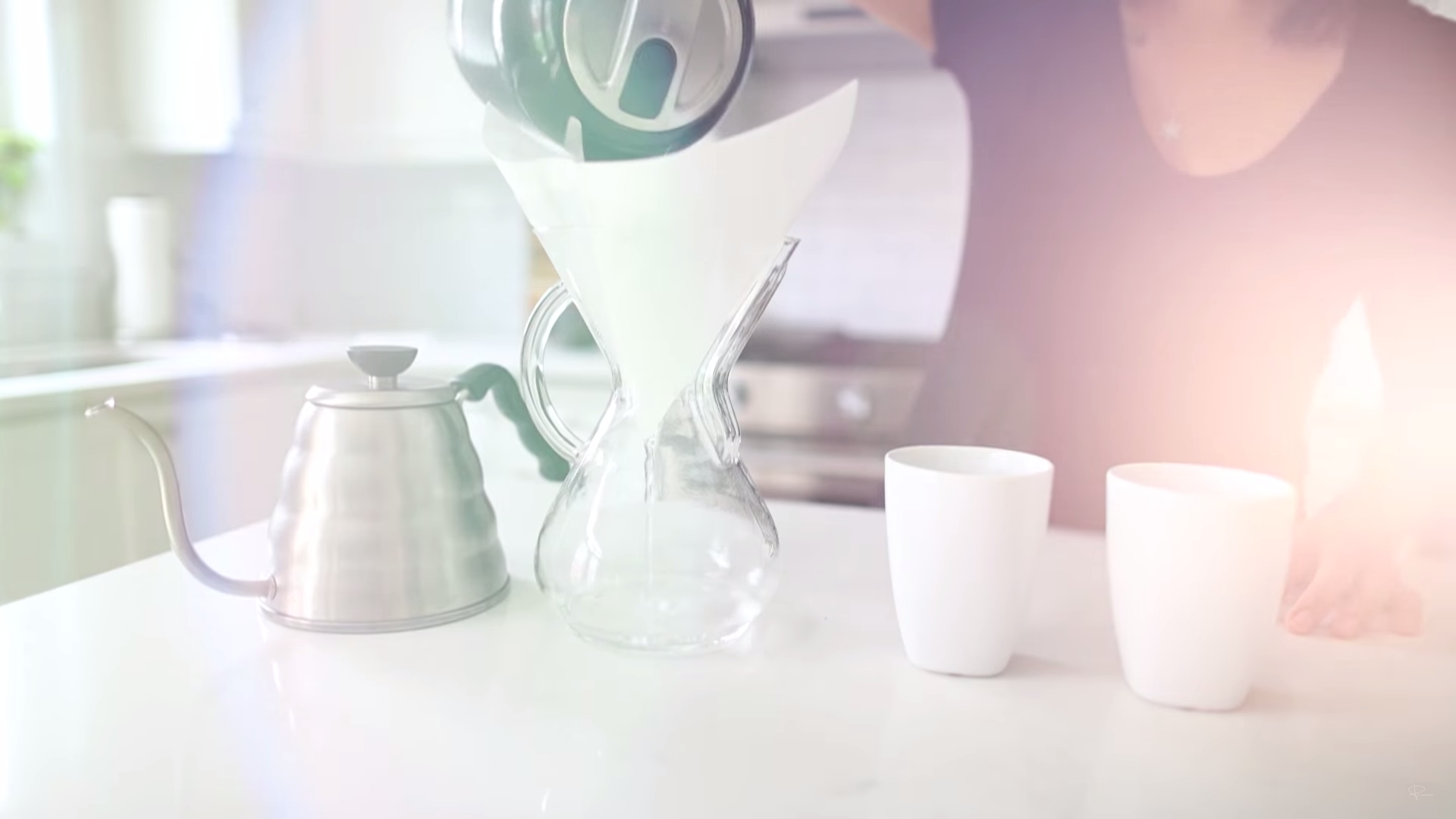 You'll need to experiment with the angle and the distance between the lens and the flashlight, but once you get it right, the effect is pretty cool.

Just be sure that you're not holding the flashlight in the camera's field of view... 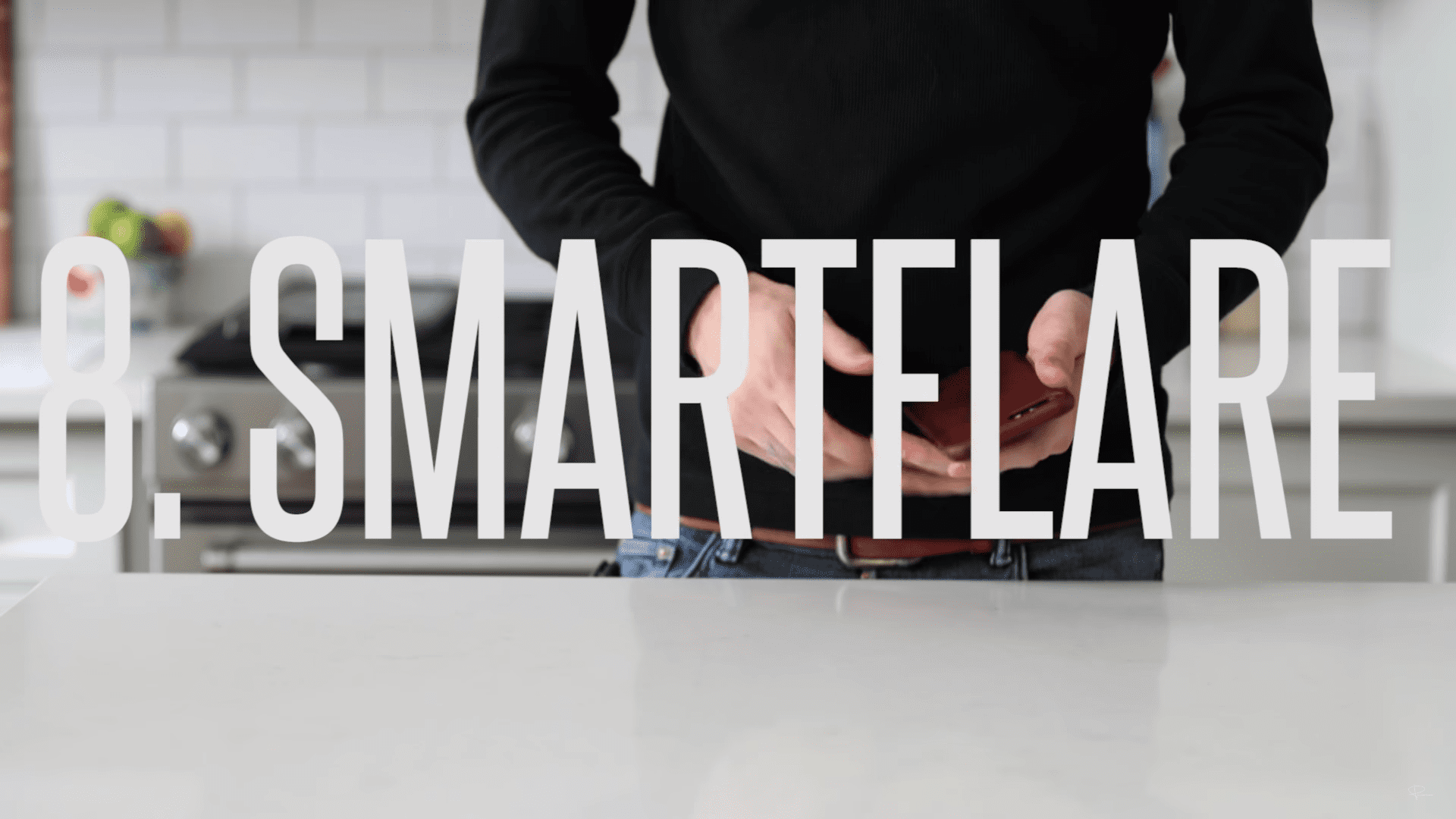 If you don't have a flashlight handy, just fire up the flashlight on your smartphone.

It's certainly bright enough to create some beautiful flare, and since you probably always have it with you anyway, who needs a standalone flashlight?! 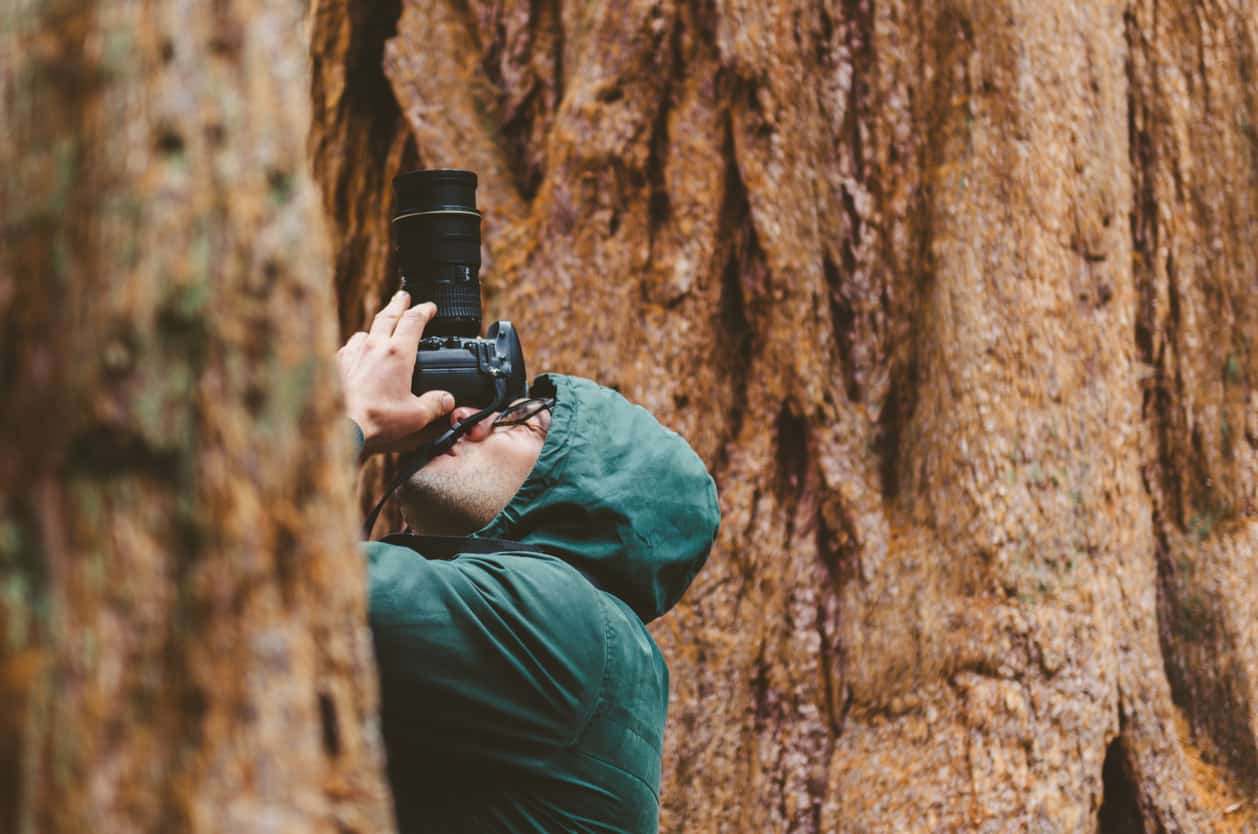 Getting creative with your camera needn't be a difficult or expensive process.

As Peter showed in his video, you can use everyday, household items to give your camera increased functionality or add a unique flair to your images that make them more compelling to view.

If you're like me, creativity is abundant in some instances and totally lacking in others.

Thankfully we have people that have an ingenuity streak and come up with crazy, incredible, and useful hacks like those outlined above.

Give each one a try and see how you can improve the quality of your photos in no time!