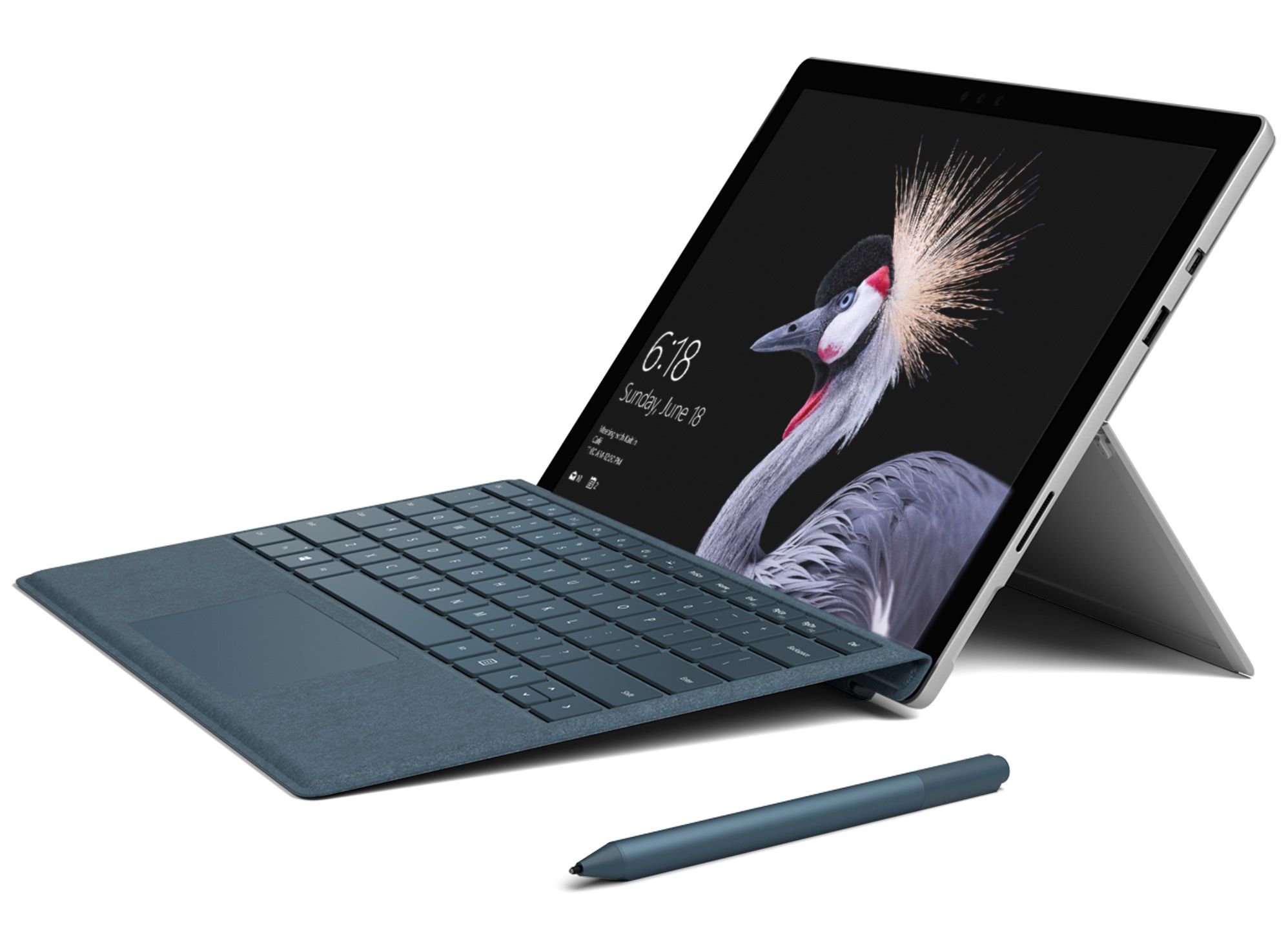 And I don't just mean having something that you can use to update your website and check emails from clients, either.

Post-processing takes up a big chunk of our daily routine and having tools that make it a smoother process is something that would be welcome by any photographer.

I have to say, I'm beginning to wonder if Microsoft might not have the best answer for making your daily routine flow better.

The new, updated Microsoft Surface Pro, combined with the Surface Pen, is a toolkit that's a photographers dream...

One of the complaints about earlier iterations of the Microsoft Surface Pro is that it lacked the power that photographers needed when using just the tablet.

In other words, as a laptop, the old Surface Pros were great, but detach the screen for some tablet work, and the power drain was pretty dramatic.

That left photographers like you and me sticking with MacBook Pros or the Microsoft Surface Book, both of which offered much more in the way of battery and computing power.

What's more, the Surface Pro now boasts a battery that can run for over 13 hours, giving you plenty of time to get your to-do list done when you're on the go. The top-end model even sports 16GB of RAM to keep multiple tasks running smoothly at the same time.

With that sort of power under the hood, the Surface Pro easily rivals what Apple brings to the table with the MacBook Pro. For photographers that have turned to Apple's iPad Pro for a computing device that can connect to the internet using LTE, the Surface Pro should be on your radar. Though the LTE-enabled model hasn't yet been released as of this writing, Microsoft assures us that it's on the way.

Certainly, the best thing regarding the versatile design of the Surface Pro is the fact that it can convert into several modes, just like the top-of-the-line Microsoft Surface Studio.

The Surface Pen is Better Than Ever

The Surface Pen has always been a favorite gadget of mine, but it's now new and improved, just for the Surface Pro.

Not only does the newest Surface Pen have more than 4,000 levels of pressure sensitivity, but it also now requires reduced force to activate it. Not only that, but the Pen also detects the tilt angle you're using for more accurate input and output.

The Surface Pro even works with the Surface Dial, giving you even more input capabilities that will make everything from switching between windows to changing the color of the ink you write with a faster, easier process. 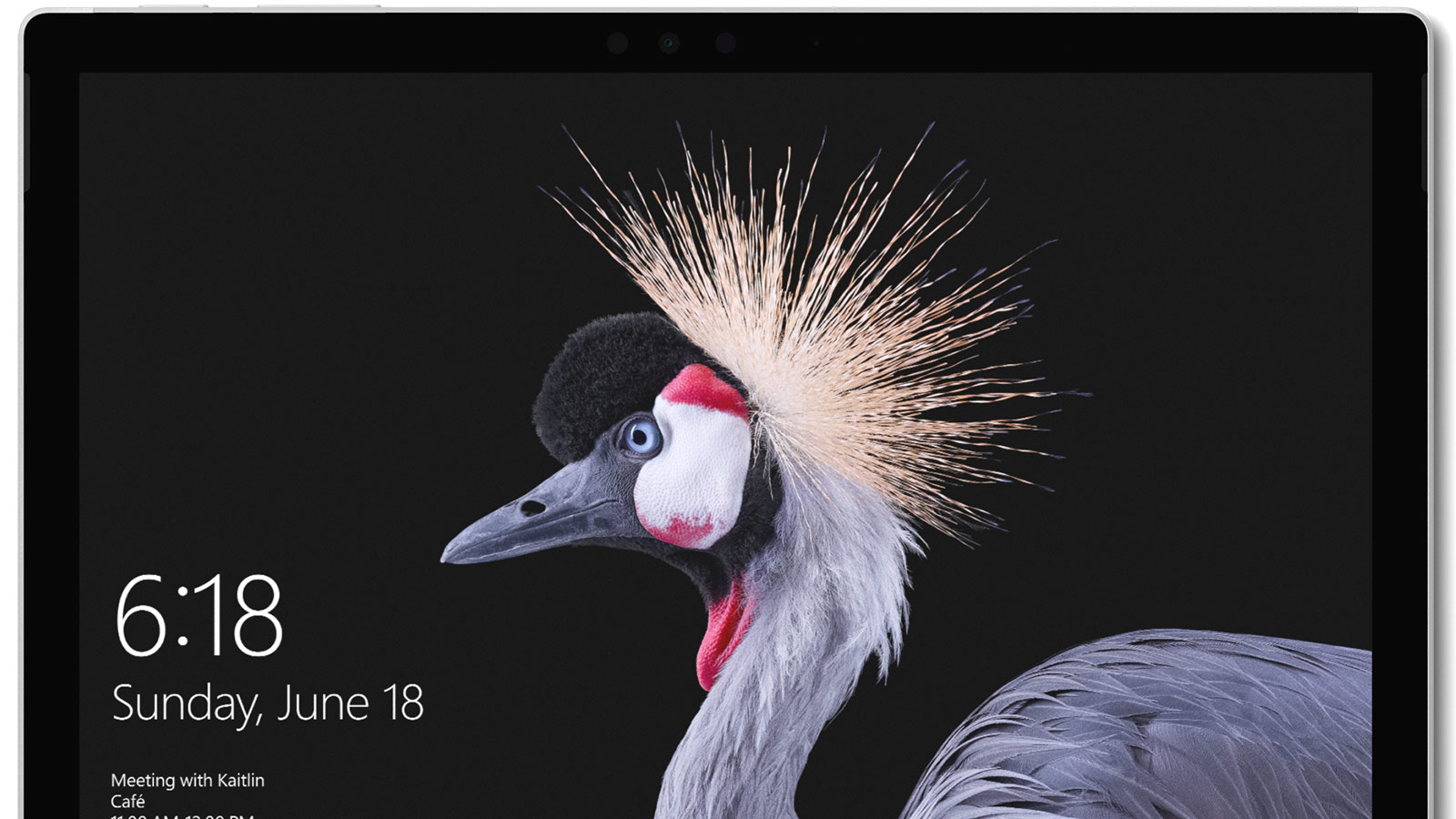 The 12.3-inch PixelSense display on the Surface Pro is something to behold as well.

It's a joy to look at when you're doing non-descript things like writing emails.

But it's beauty really comes to life when you're viewing and editing photos.

With razor-sharp detail and brilliant color, this display is hands-down one of the best I've seen.

And with touchscreen capabilities and the aforementioned compatibility with the Surface Pen and Surface Dial, you really can't go wrong! 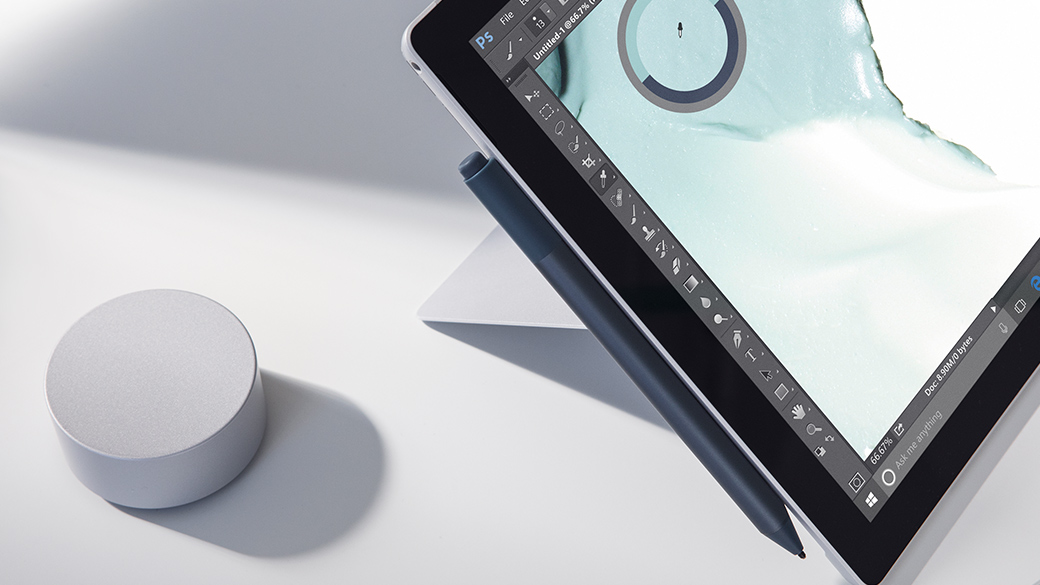 I'm not certain that there's a perfect computer out there for photographers, but one thing is for sure...

Between its incredible versatility, newfound power, lightweight design, amazing screen, and add-on devices like the Pen and Dial, there's a lot to love about this machine.

And I have a feeling that there will be even more to love in the coming years as Microsoft continues to stick it to Apple in the race for being the go-to brand for creative professionals!