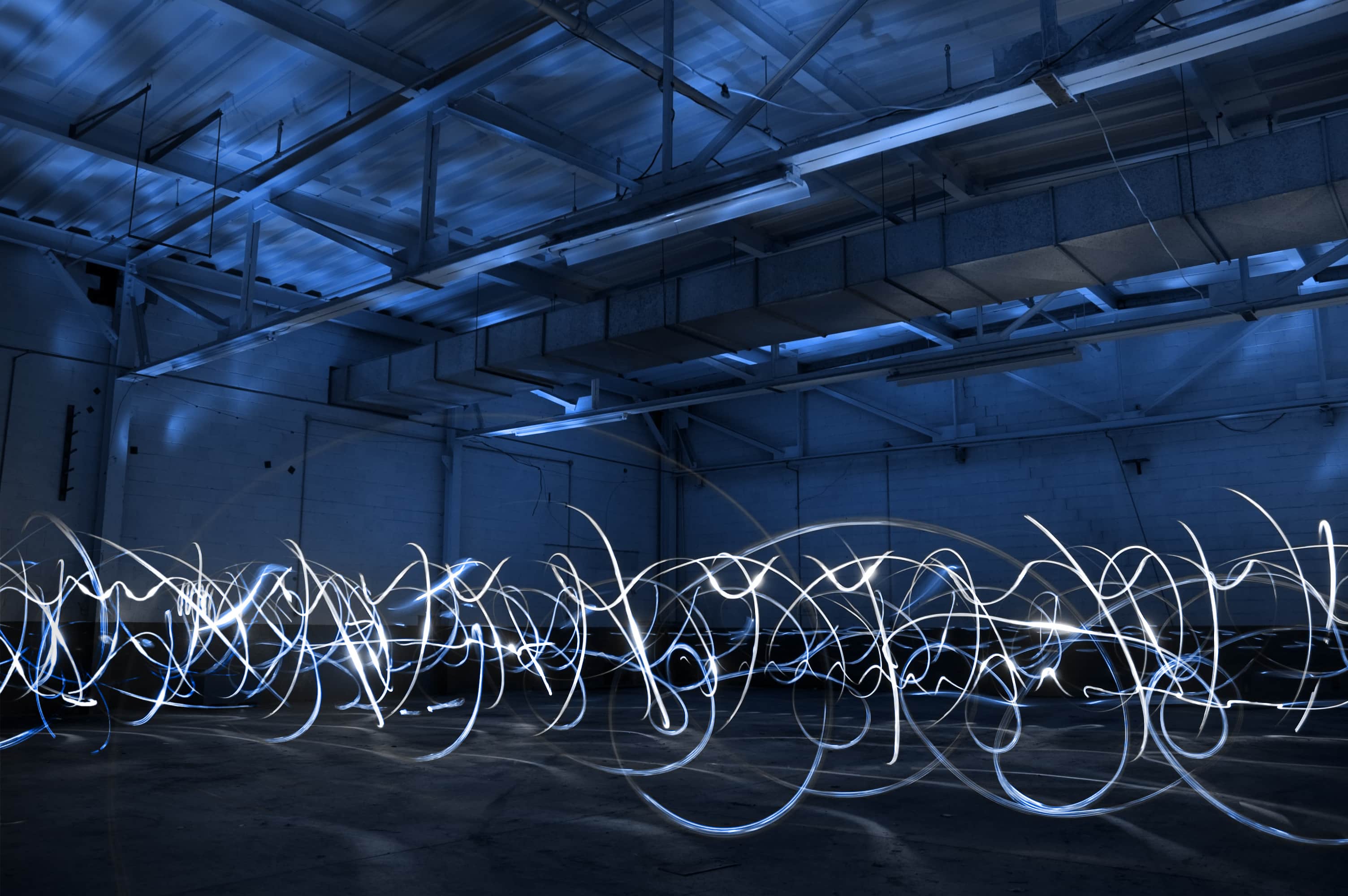 You head out early in the morning to photograph that spectacular sunset and find that you somehow forgot your tripod.

Or maybe you have something small to photograph, like a product, but don't want to drop a bunch of money on a portable photography studio to do it.

Heck, you might even rock your smartphone as a camera and want to take sharper images, but don't know how to do it.

Fortunately, BuzzfeedVideo has a few tips for you!

Check out their awesome (and functional!) tips in the video above, and read up on what each tip entails in the descriptions that follow below. 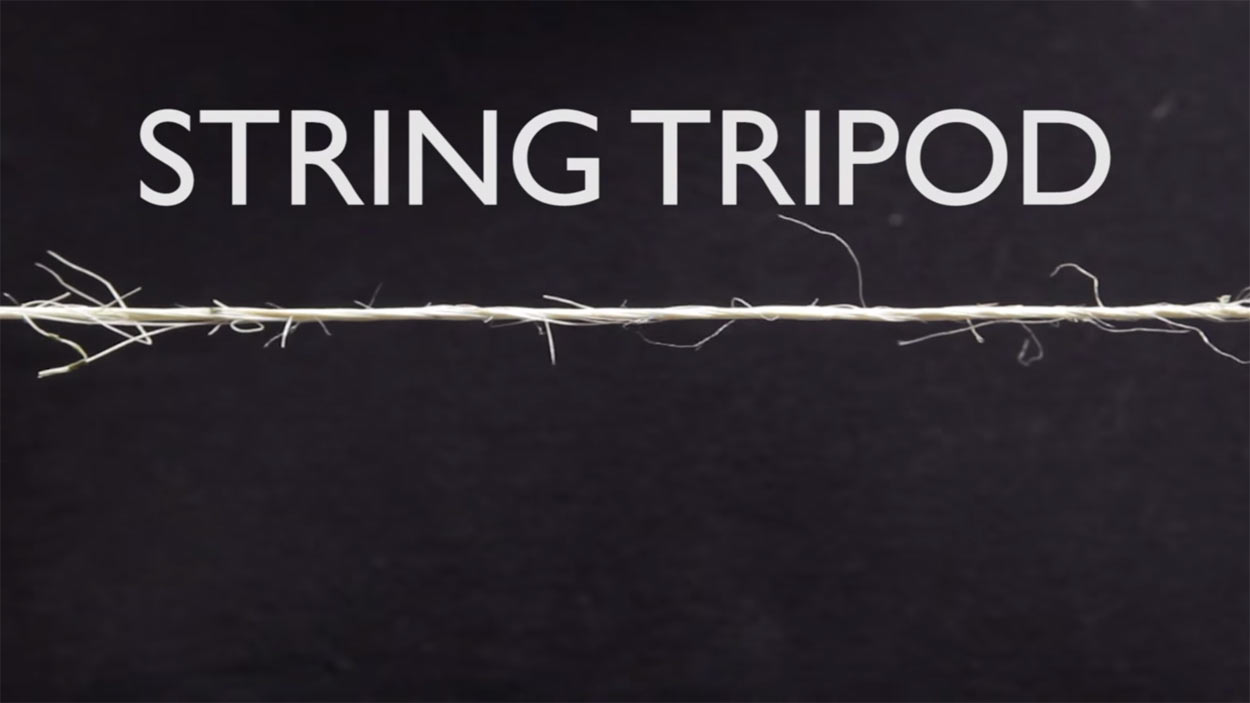 Maybe you forgot your tripod, as I have done a few times over the years.

Or perhaps you're just starting out in photography, and your camera and lens tapped your gear budget, so you don't have a tripod to begin with.

Either way, you don't have to suffer with blurry images due to camera shake. 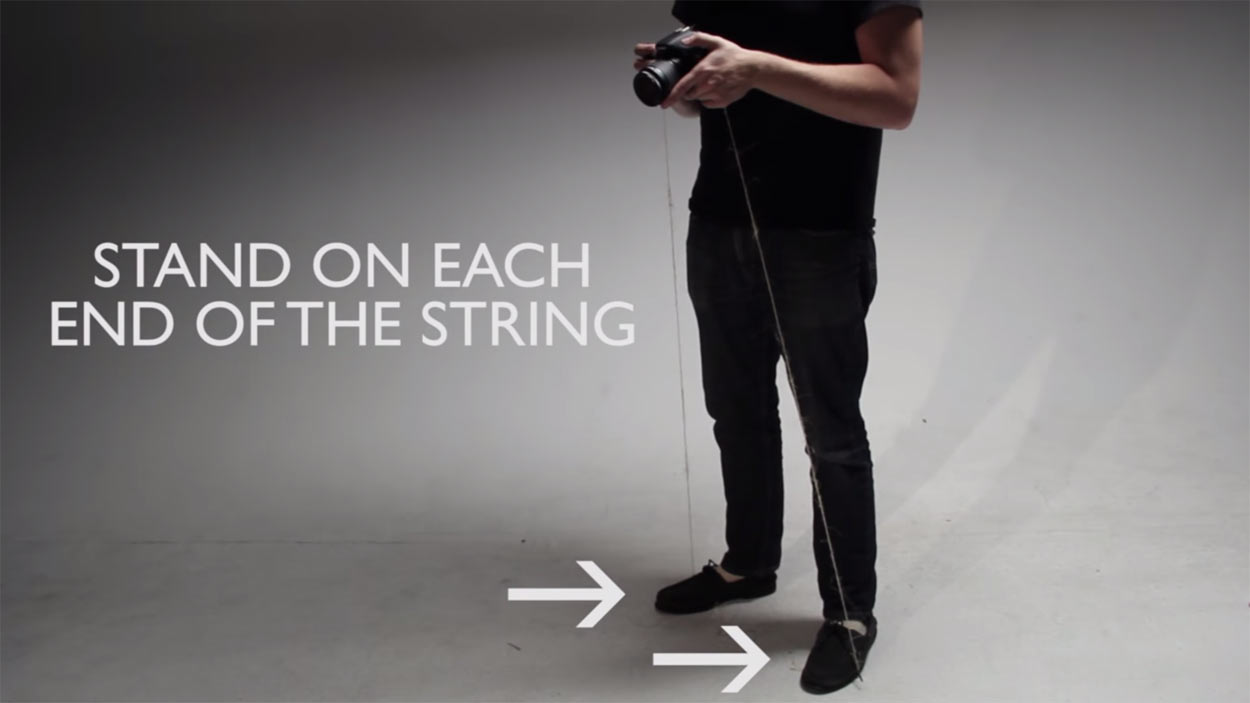 Just make a string tripod by tying the string to each of the camera's shoulder strap mounts.

Then, dangle the string to the floor, step on it with your feet as shown above, and raise your camera to your eye.

Voila! You've got a solid setup to get sharper photos.

Use Furniture Dollies for Smooth Video 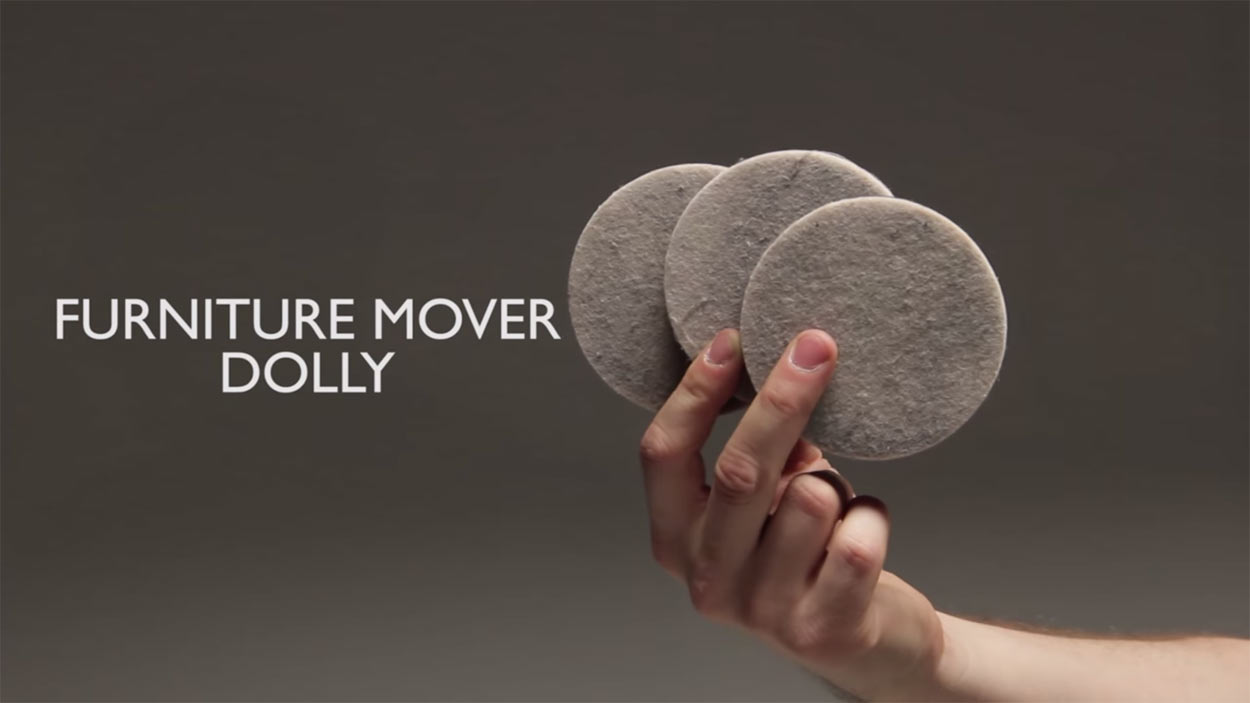 I'm not a professional videographer by any means, but I do enjoy making the occasional artsy video.

And since I don't spend a ton of time making videos, there's no sense in investing in expensive videography gear. 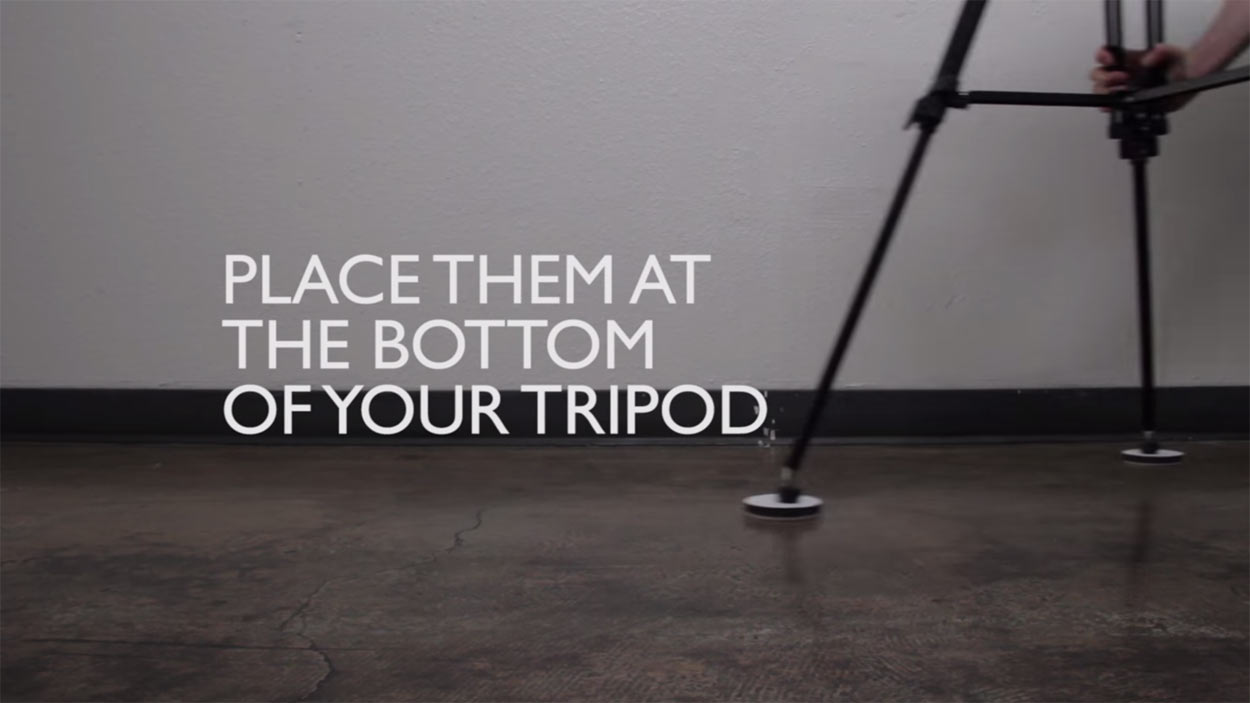 Fortunately, all you and I need for smooth video are a few furniture moving dollies.

Just throw them on the floor under your tripod's feet, and push the tripod around with ease.

You'll find that in a pinch it works great for easy breezy smooth video! 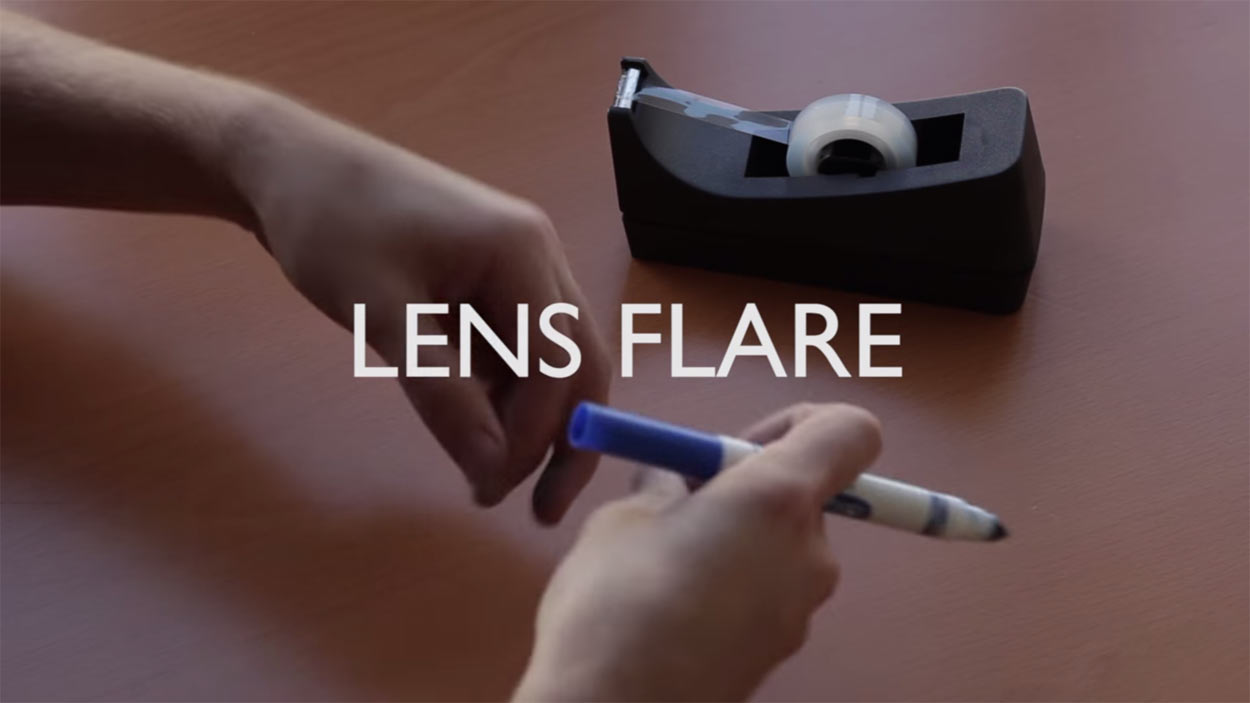 Lens flare is usually something photographers try to avoid in the field.

However, you can use it as a creative element that adds a little whimsy and visual interest to your shots. 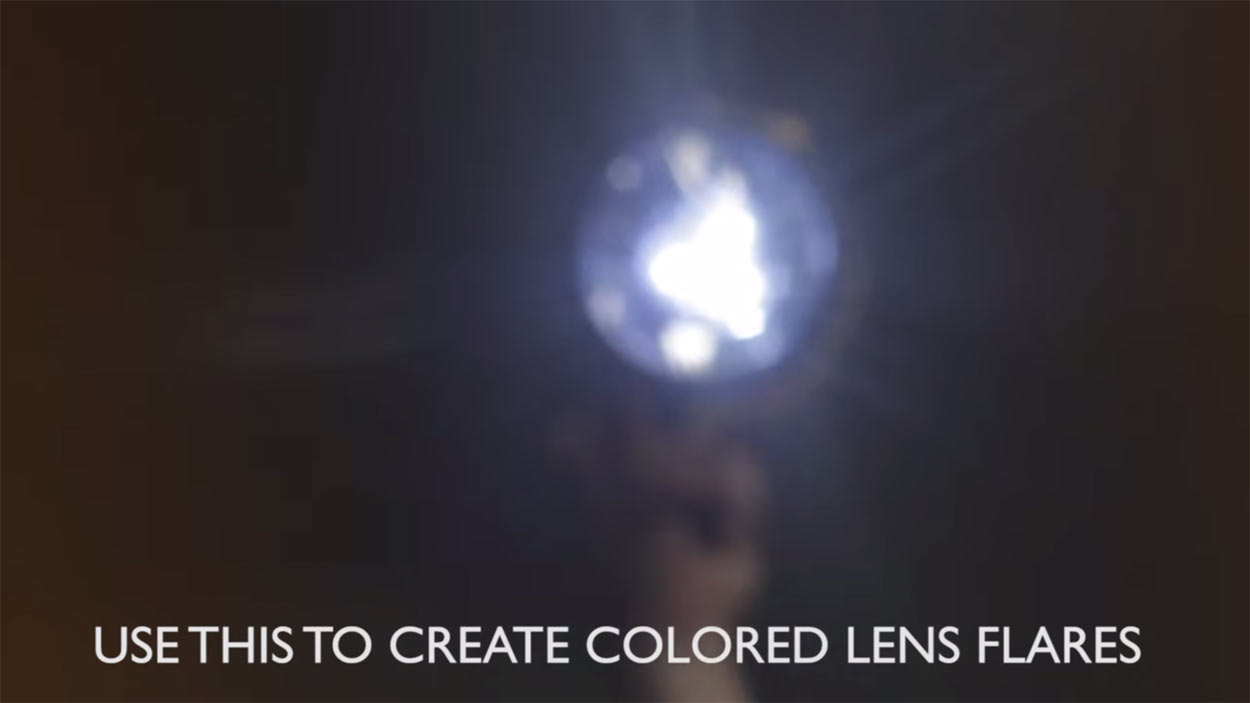 You don't even need the sun to create lens flare, either!

Just use a marker to color a piece of tape, place the tape in front of your lens, and aim your camera at a light source.

As you can see above, it'll create a nice colored lens flare. 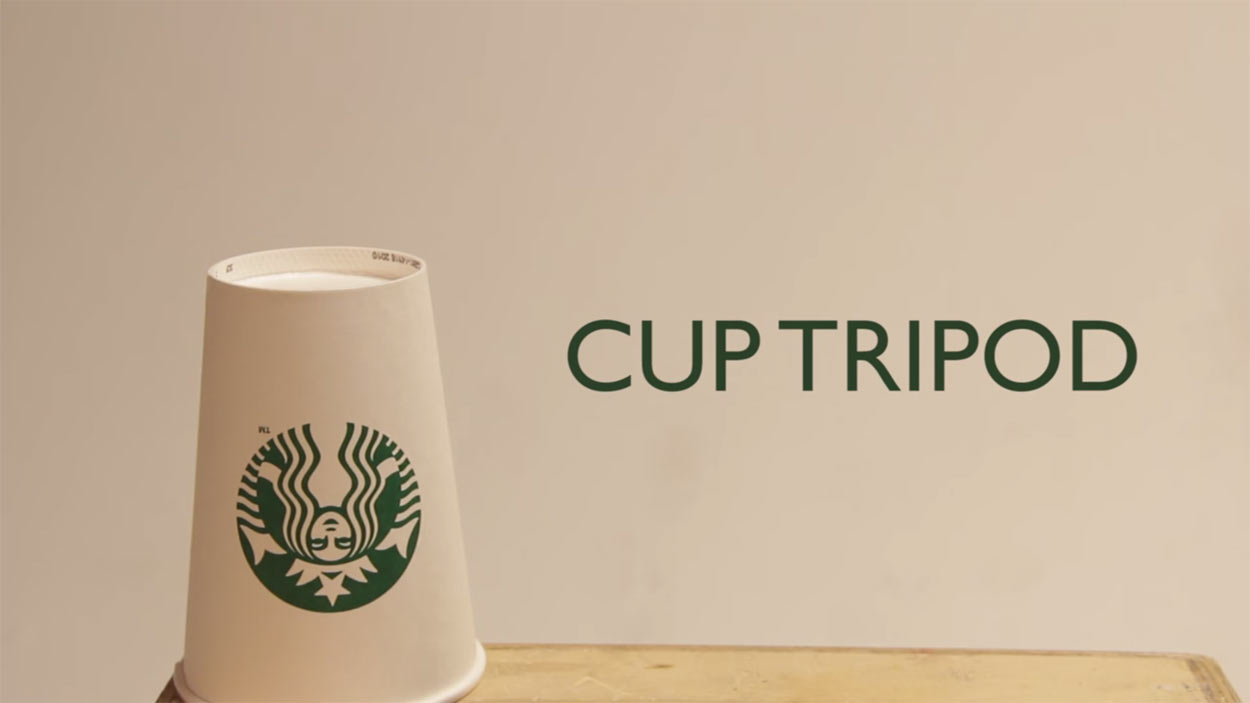 As often as we take photos with our phones, you'd think we'd all be equipped with things like tripod mounts for them.

But I don't have a tripod mount for my phone, and I'm betting that most of you don't, either. 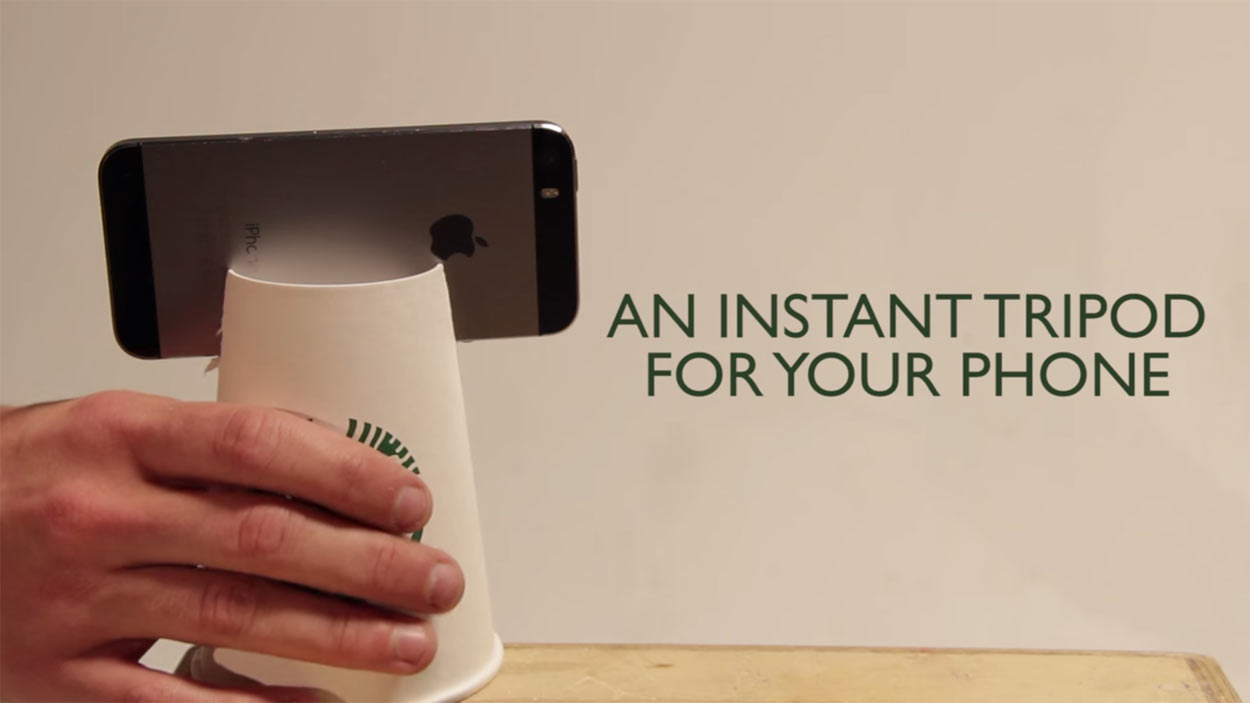 Just flip a paper cup upside down, cut a half-inch opening through the bottom, and slide your phone into the opening.

The paper cup will give your phone the support you need to get sharp photos (and maybe a few selfies, too!). 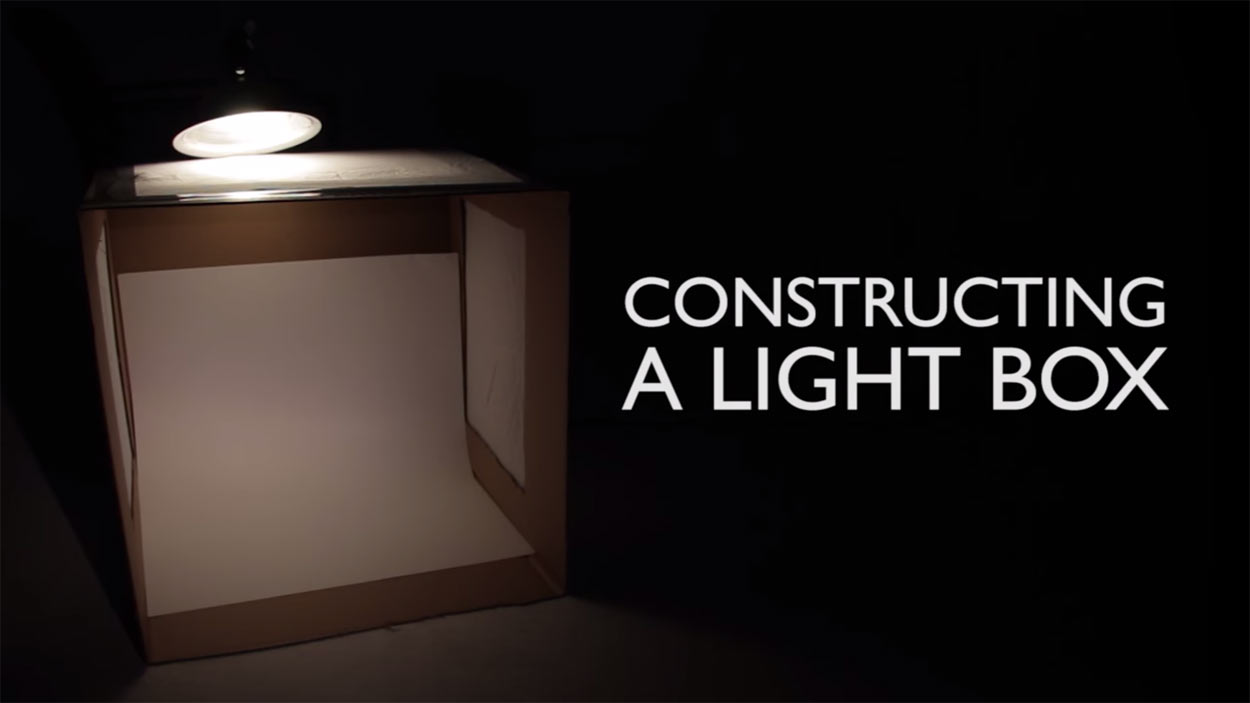 Whether you need to take a photo of something you want to sell on eBay or you find yourself interested in macro photography, a lightbox is a worthy investment.

The problem is that some lightboxes are super expensive, especially compared to the DIY one shown above that you can make on the cheap.

It's just a matter of having a few materials - a cardboard box, some white poster board, a knife and tape, a white t-shirt, and a clamp light. 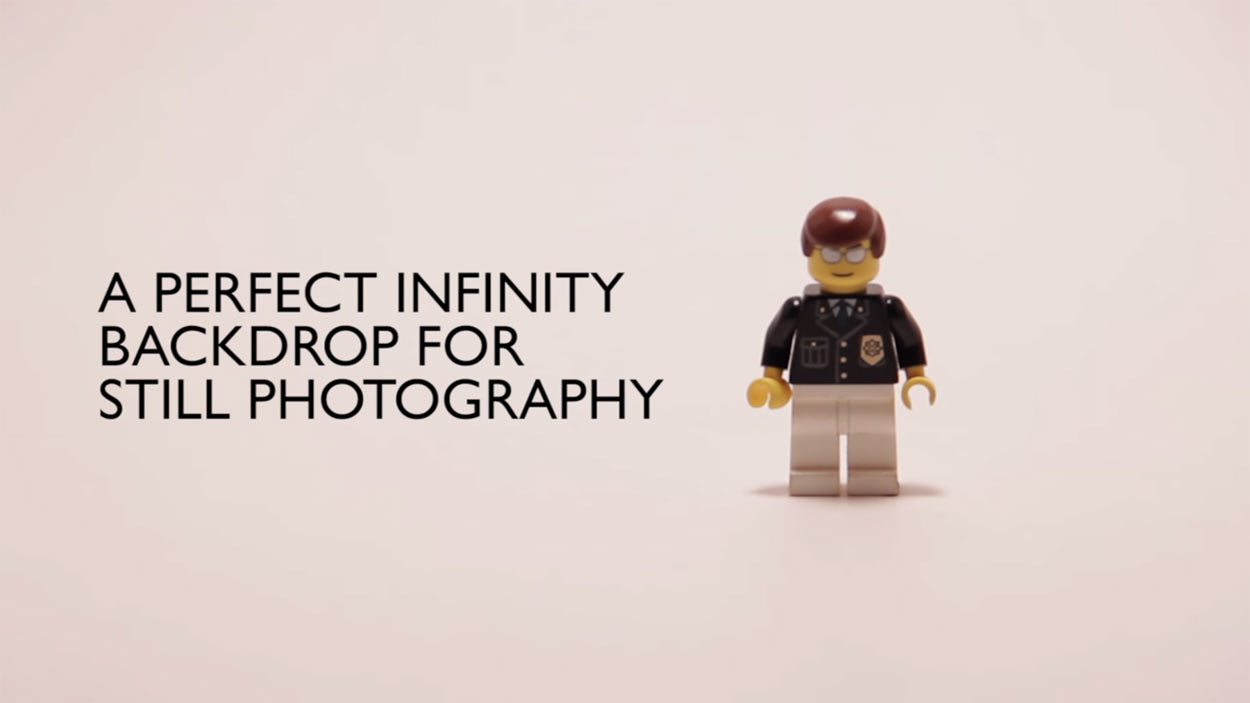 Just cut off the box flaps, cut a large rectangle on three sides of the box, cover the rectangles with pieces of the white t-shirt, attach the light above the box, and fire away!

As you can see above, the toy looks amazing in a light-filled box that you'd never imagine was a DIY project! 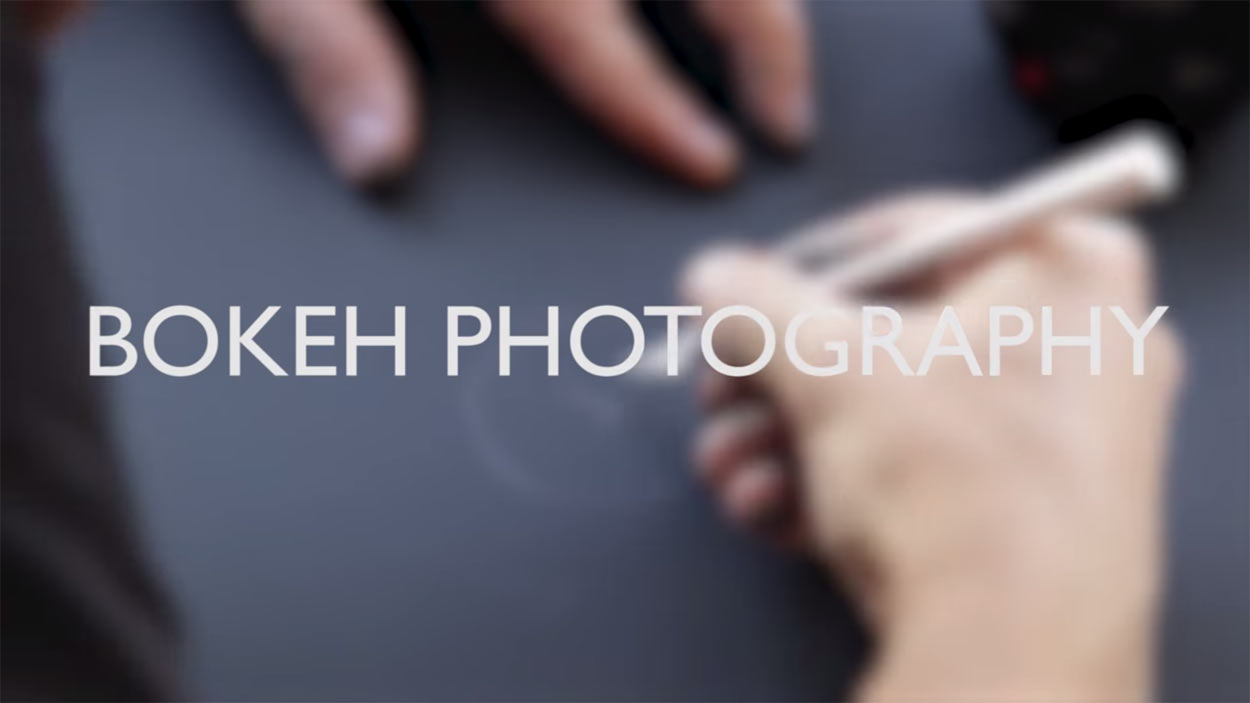 Bokeh is the term used to describe the blurry background in images.

However, bokeh is more than that - it also refers to the quality of the blurriness as well.

The shape of bokeh depends on a few factors, including the shape of the aperture blades in your lens. 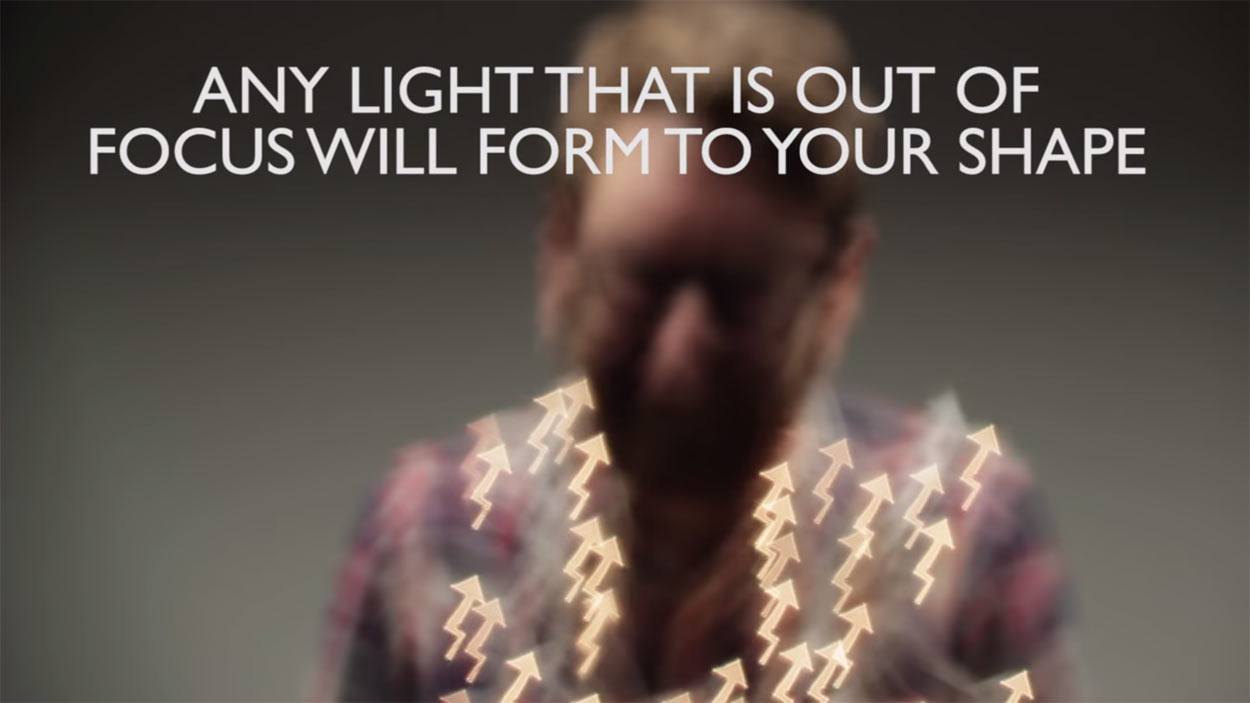 However, as seen above, you can create interesting bokeh shapes if you want.

Just cut a shape out of cardboard, place it in front of your lens, and watch the magic happen!

The shape and quality of the bokeh you create is only limited by your imagination. 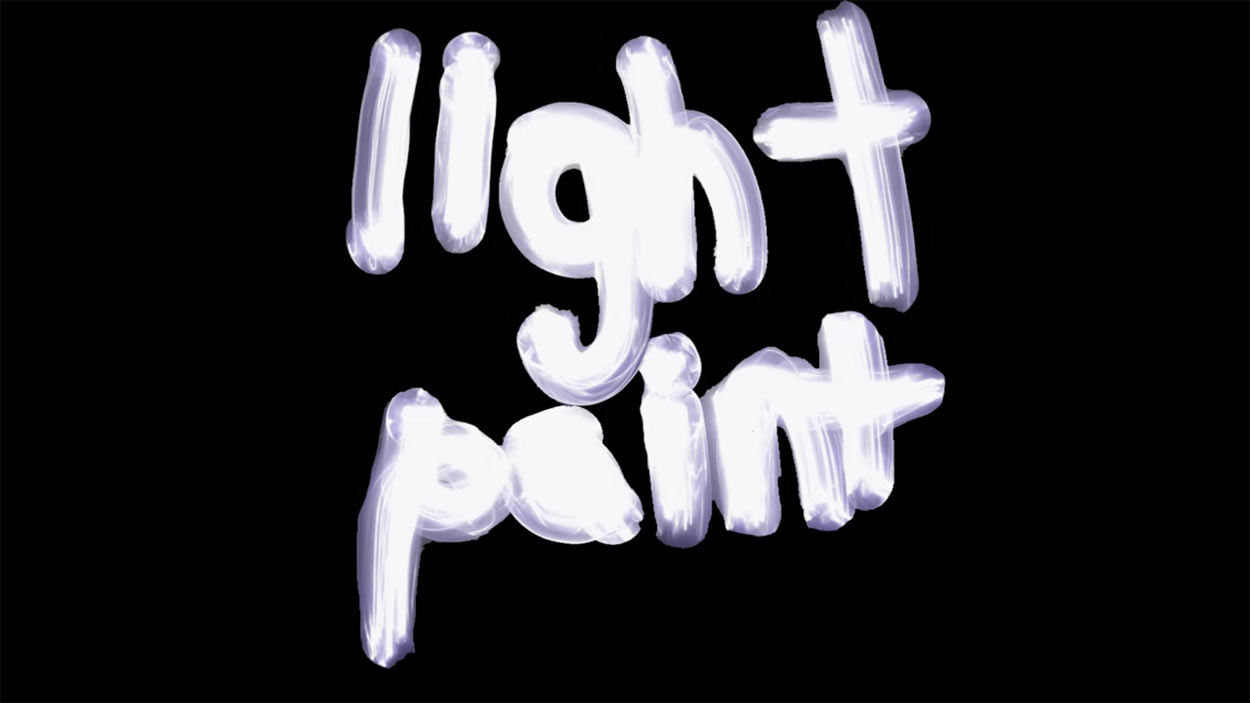 But it's a bit of a complex process to be able to do it...

Put your camera on a tripod (or a table or anything sturdy) in a darkened room, set the timer to two seconds, and hop in front of the camera with a flashlight. 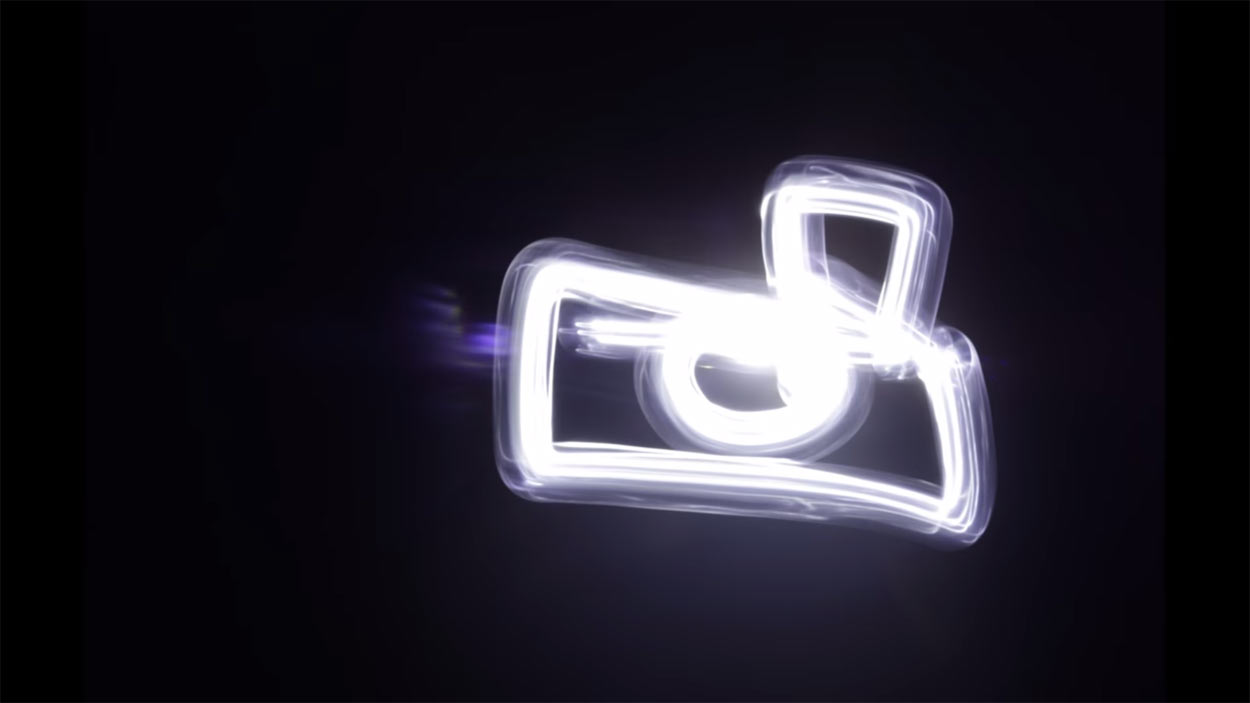 Once the shutter fires, move your flashlight around in whatever shape you want.

Again, the shape you create is really only limited by your imagination, so have fun with it and get creative!