Photography Tip—Tips for Shooting the Great Game of Baseball, Part 2 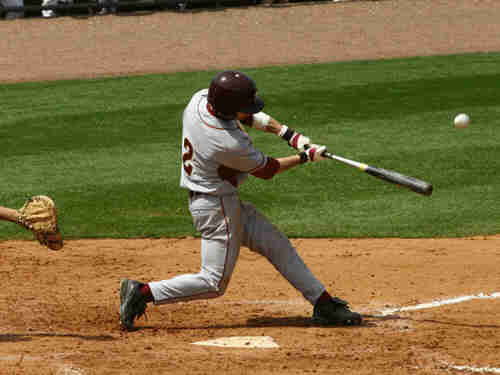 What could be more thrilling than a great digital photo of your favorite baseball hero in action or your son or daughter sliding into home to win the Little League game? That kind of experience is one of the many good reasons you’ve made photography one of your hobbies or you’re planning to start it. Part 1of this PhotographyTalk.com article explained the kind of equipment professional photographers use at baseball games and why; some of which apply to you too. Part 2 presents six rules of baseball photography that will help you even more to capture outstanding images of this great game.

As stated in Part 1, you will find yourself farthest from the action in all major league and most minor league ballparks. There are still many interesting photos you can shoot in those venues, but, generally, if you want to take true action baseball photos, then you’re more likely to find them at a Little League or high school game. That being said, the six rules below apply to all baseball games.

Move as close to the action as possible.

This is a fundamental rule of all digital photography, not just sports. If possible, you want to fill the frame with the athlete or the action. For Little League or high school games, you can probably position yourself the closest to the action. You’ll be a bit farther at a college, minor league or Major League spring training game. At a regular season Major League game, you’ll be the farthest.

You can contact the athletic department of a university or the public relations or media office of a minor league team and explain that you are a serious photographer and would like the opportunity to shoot from the press box or photographer’s box. You could try the same request with a Major League team for a spring training game. Any of them may deny you access, but it’s worth asking. Forget about Major League regular-season games; only the pros will have access to the closest location to the field.

Even with all those limitations, it’s still possible to shoot some excellent photos during a Major League game. As mentioned in Part 1, you’ll need a telephoto lens or telephoto zoom lens. A focal length of 80–200mm will probably be sufficient from most seats. The downside of that kind of lens is that it will be “slow,” or the widest aperture opening of only f/4.5, compared to a pro lens of f/2.8. You’ll be able to stop the action in the bright sunlight, but not when it occurs in the shade. Of course, another challenge is that you could easily be surrounded by fans; and those in front of you will jump to their feet during the most exciting moments that you would like to photograph.

Possible solutions to obstructing fans or stadium structure include:

Read and learn more of the six rules of baseball photography in Part 3 of this PhotographyTalk.com article.