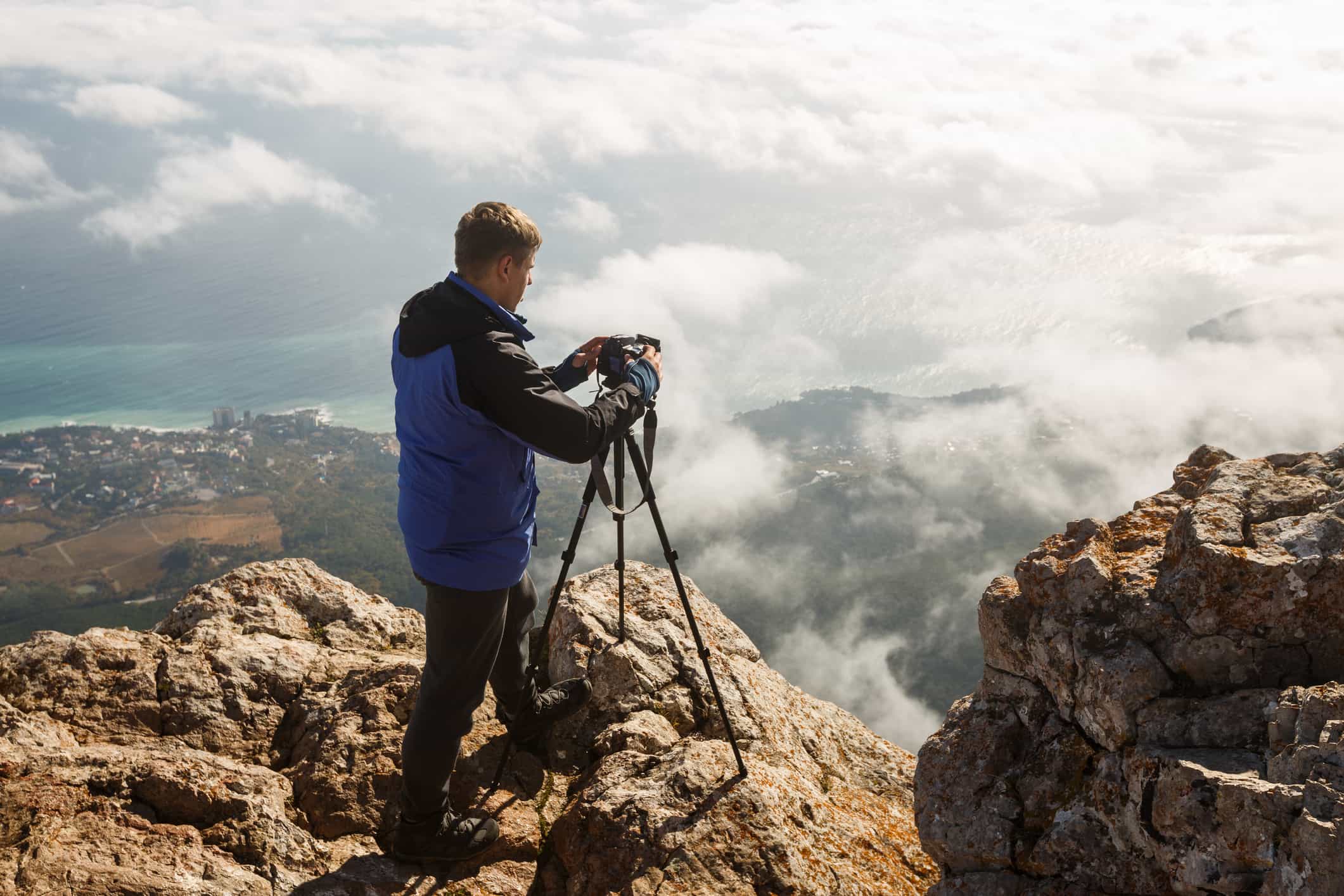 When you're looking for a full frame camera, you're obviously looking for something that's got the performance and features required to help you produce professional work.

The problem for many of us is that a lot of the top-end full frame cameras out there - Canon and otherwise - cost a pretty penny.

Not only does that mean you can stretch your budget and make your dollar worth more, but you can also upgrade to a higher-end camera than you would otherwise be able to afford.

With that in mind, I've come up with a list of three of the best Canon full frame cameras based on performance and the current pre-owned prices. 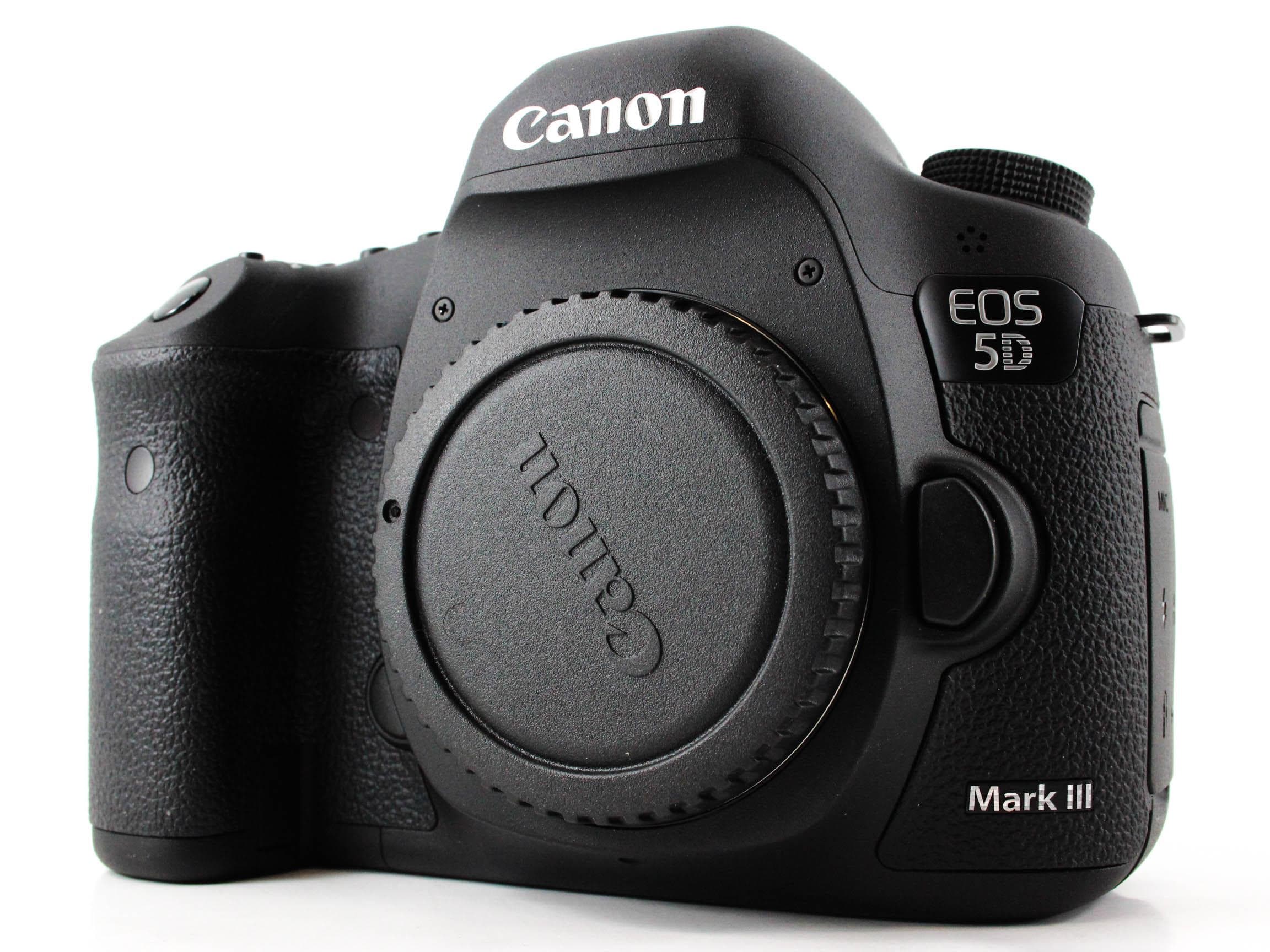 First on the list of the best Canon full frame cameras is the EOS 5D Mark III.

Released in 2012 as a refresh to the EOS 5D Mark II, the Mark III is still a great camera five years later, particularly from a pricing standpoint.

Most of the changes that occurred in the Mark III were things that tried to address problems or shortcomings with the Mark II.

Included in that was the all-new 61-point autofocus system sported by the Mark III, which also has an expanded zone metering system that grew from 35 points to 65 points. 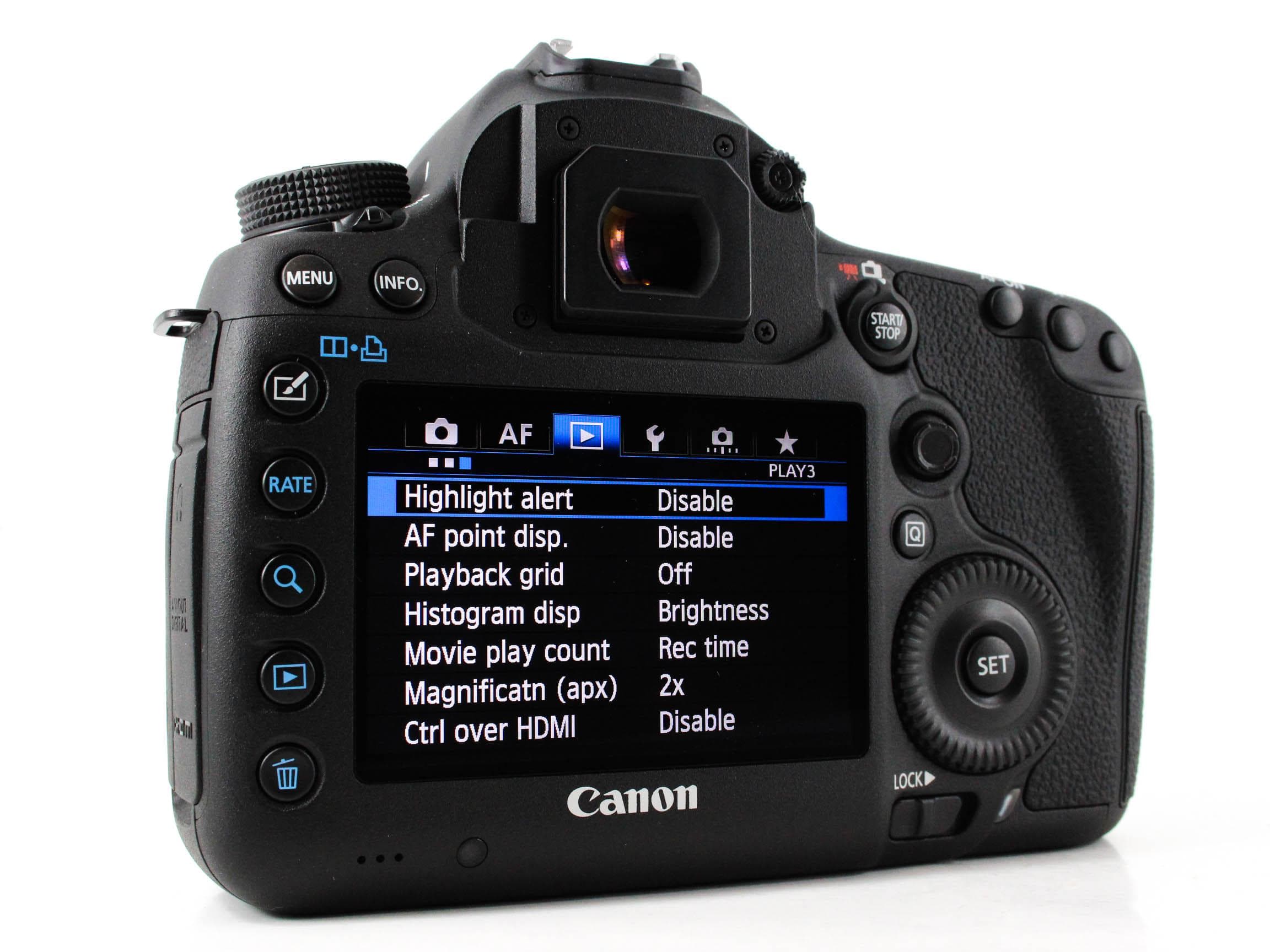 All that added processing power meant a couple of things. First, the Mark III had much better burst shooting, and second, it had improved noise correction over its predecessor.

There were other additions that came in 2012 that are still desirable today as well.

The Mark III has 6fps shooting, which is more than capable of capturing action-packed shots of wildlife and sports. The ISO range is also quite good, extending to 102,400 for those occasions when you need to shoot in low light.

There's even a built-in electronic level for ensuring your landscape photos have a straight horizon. Get an overview of these and other features of the 5D Mark III in the video below by MPB.com:

In the end, it might be half a decade old, but the Canon EOS 5D Mark III still packs a punch and offers modern photographers all the features they need to squeeze all the quality they can out of this full frame camera.

And with pre-owned pricing starting at well under $2,000 for the body (at the time of writing), this camera is a great buy, too! 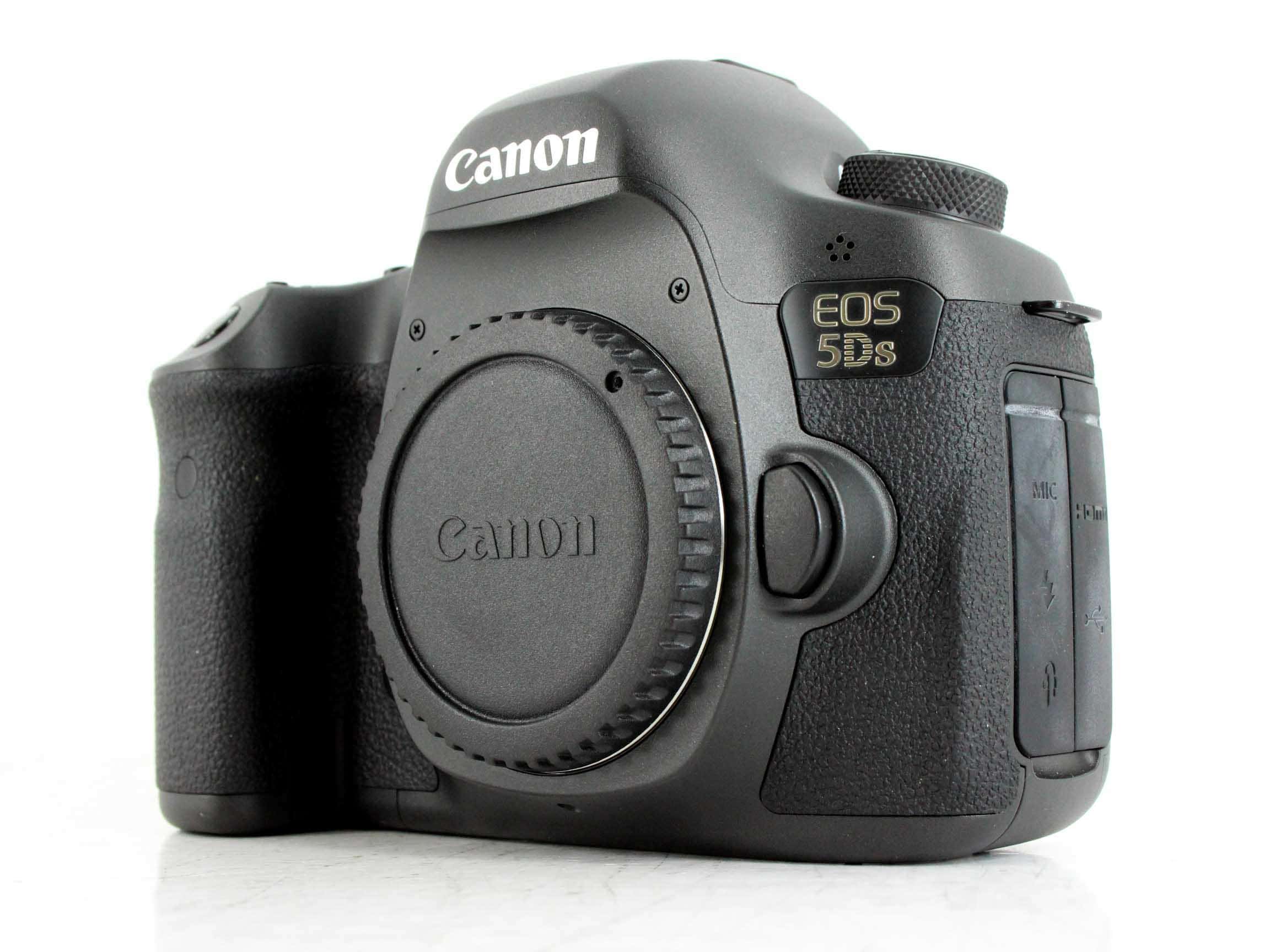 Debuting in 2015 to much fanfare, the 5DS and it's nearly identical twin, the 5DS R (discussed below), sports an incredible 50.6-megapixel sensor.

Add to that two (yes, two!) DIGIC 6 processors with 14-bit processing, and you have a recipe for a camera that doesn't just offer amazing resolution but offers incredible speed as well.

And fans of the 5D Mark III will find something familiar about the 5DS...

It uses a nearly identical body to the Mark III for a familiar feel in the hand. What's more, the 5DS takes the same batteries and many other accessories as the 5D Mark III, making it an easy upgrade option for shooters that don't want to buy all-new accessories. 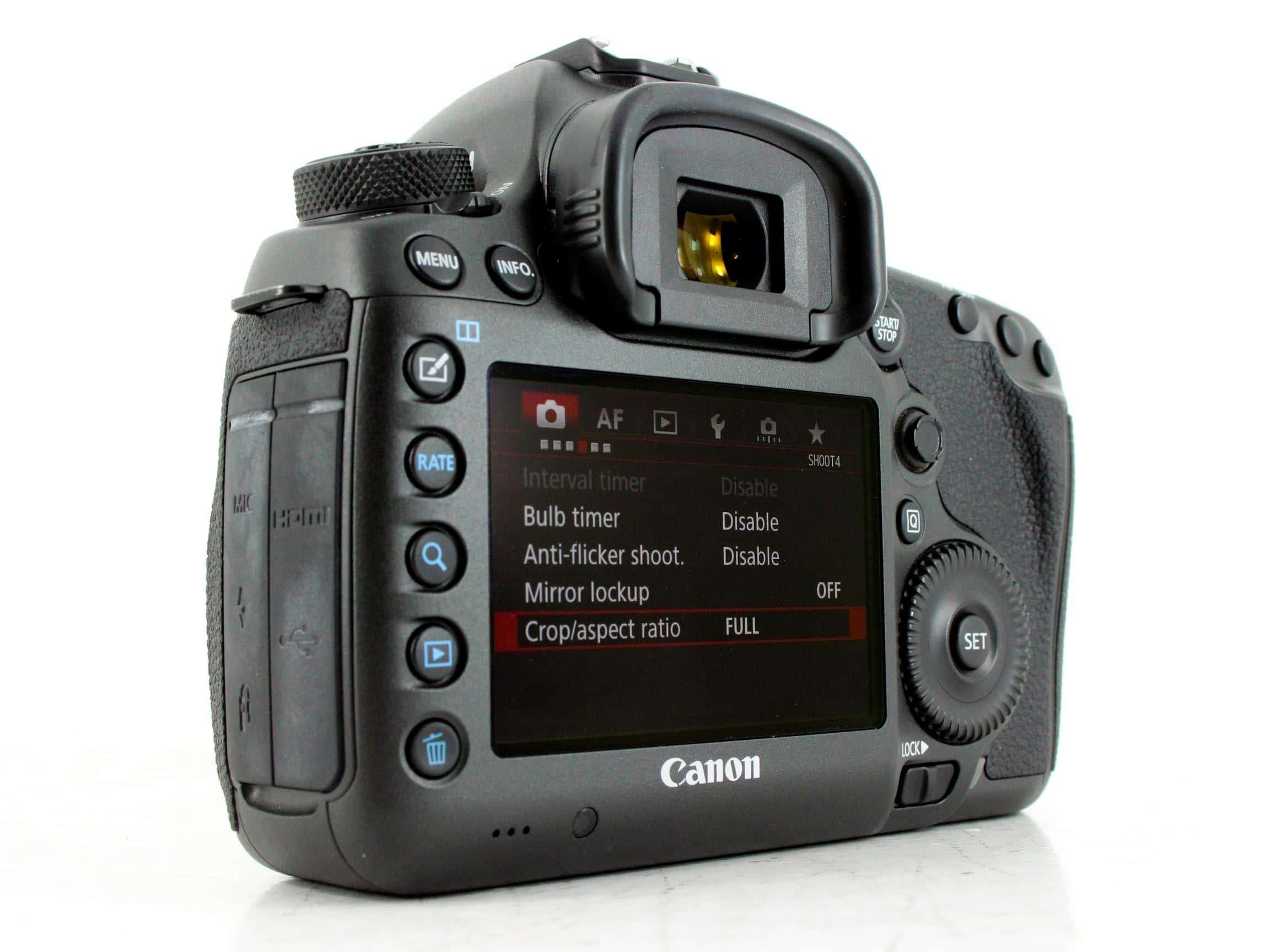 New features in the 5DS include the same programmable auto ISO feature from the excellent EOS 7D Mark II. There's also a built-in intervalometer for time-lapse and long exposure enthusiasts.

What's missing, though, is 4K video capabilities, a microphone jack, and an HDMI out for video. But that was done on purpose.

The 5DS was built specifically for photography, not videography, and high-resolution photography at that.

There's no microphone jack or HDMI out because in their place is a USB 3.0 connection that helps speed up transferring the 5DS' monster files to your computer.

So, if you're into videography, the 5D Mark III would be a better choice.

However, if you want killer resolution, lightning-fast processing, and the ability to transfer huge files quickly, it's tough to beat the EOS 5DS.

And with current prices on pre-owned rigs starting at less than $2,200, you can pick one up for a deeply discounted price as well!

Check out even more features of the 5DS in the video above by Resource Magazine. 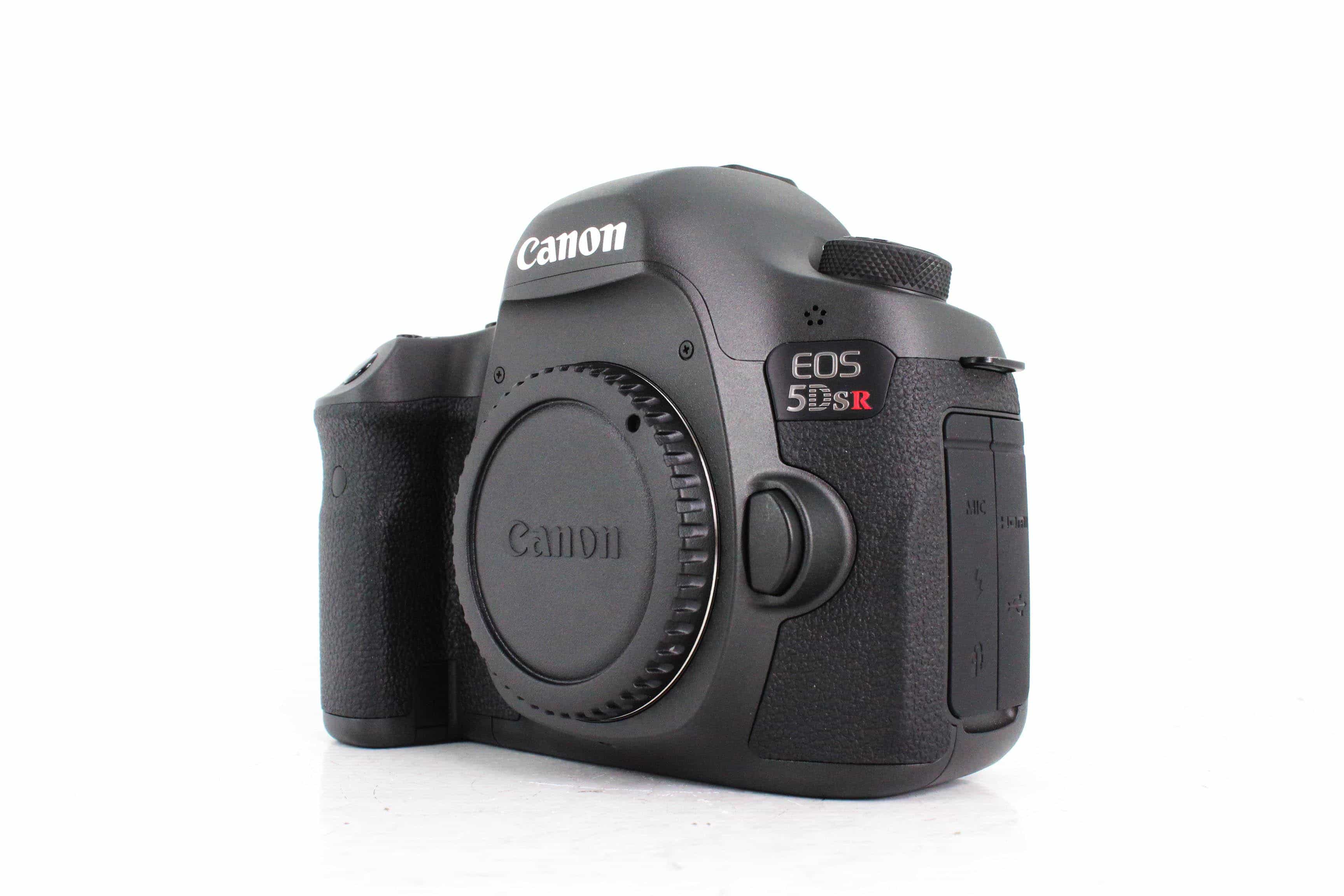 As noted above, the 5DS and 5DS R are nearly identical cameras.

What's more, they share plenty of features with the 5D Mark III.

That includes the same 61-point autofocus system that offers superb action performance. The same viewfinder is also found on all three cameras, as is the same LCD.

But a noticeable difference between the Mark III and the 5DS and 5DS R is that the latter two have much more advanced burst shooting capabilities.

The Mark III tops out at 6fps - which is nothing to frown about - but the two 5DS models can shoot at 10fps in RAW+JPEG mode.

Even when shooting at the full 50.6-megapixel resolution, these cameras can still muster 5fps. That's not bad! 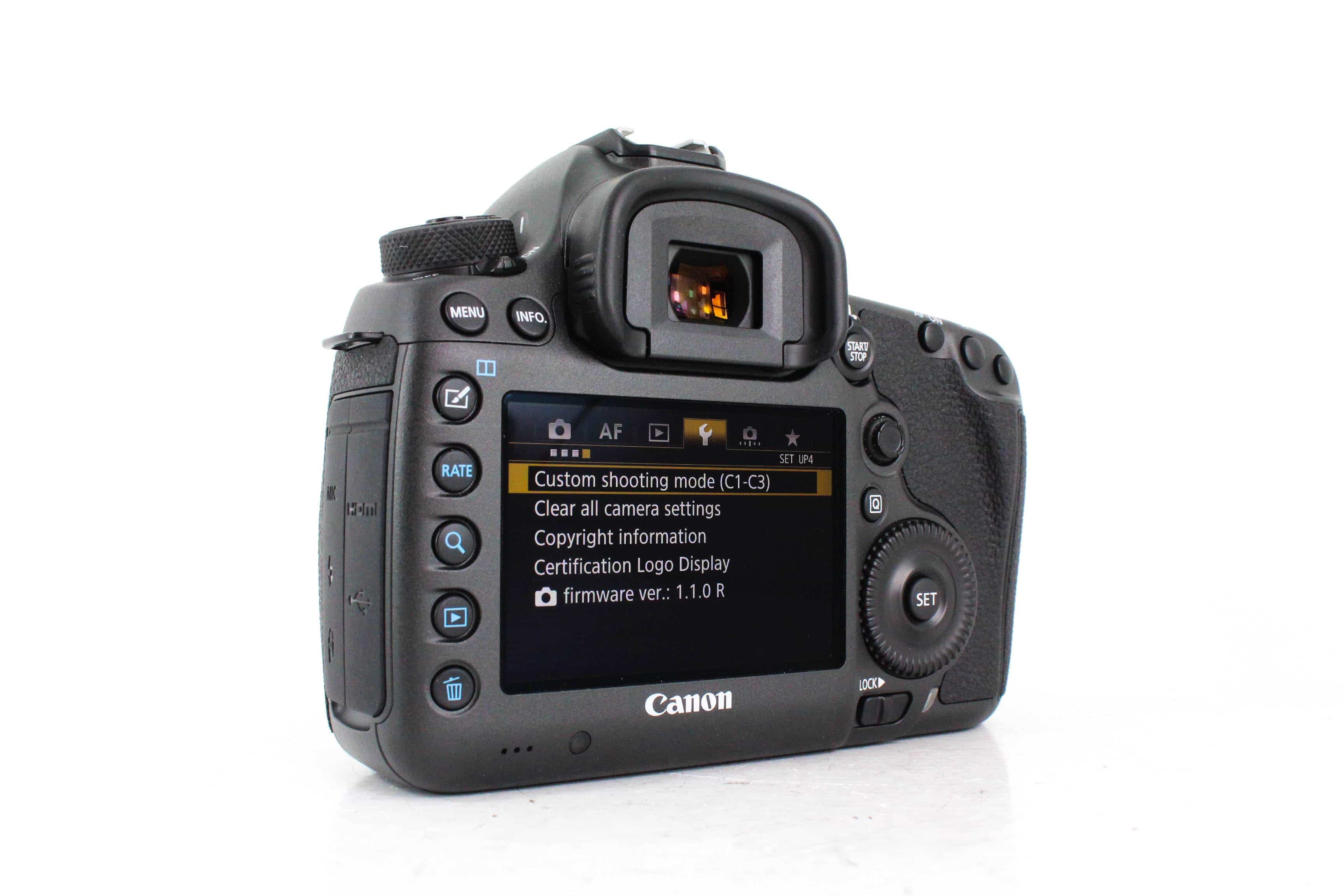 Another differentiating factor between the Mark III and the two 5DS models is that they have improved autofocus and metering capabilities, even though they share the same autofocus system.

The 5DS and 5DS R have the addition of the EOS Scene Detection System that sports a whopping 150,000-pixel RGB + IR metering sensor for outstanding performance.

Of course, there are differences between the 5DS and 5DS R, too...

The feature that sets the 5DS R apart is the addition of a second low-pass filter that's placed behind the IR filter and is arranged opposite of the axis of its first low-pass filter.

That arrangement negates the blur that results in images that are extremely high resolution, meaning, if you're in the market for a camera that creates the absolute ultimate in sharp images, the 5DS R is at the top of the heap. Studio and landscape photographers, in particular, should take notice of this rig!

See the Canon EOS 5DS R in action in the video above by Jared Polin.