How This War Photographer Honors the Fallen 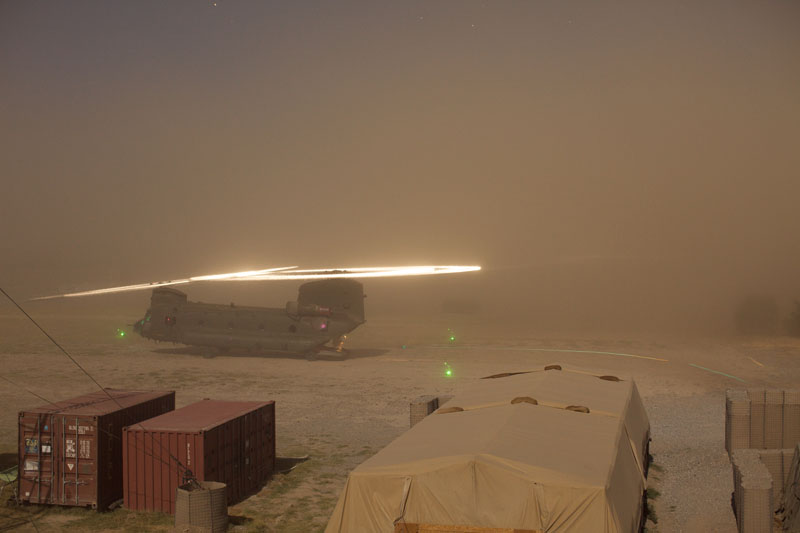 Back in the late 2000s, former Green Beret-turned-war-photographer Michael Yon created images of a strange phenomenon that occurred in Afghanistan.

As helicopters landed, the sand and dust thrown around by the rotors of the helicopter created a halo of light, as seen in the images throughout this article.

It's a beautiful site, no doubt. It's even more beautiful considering that it was captured amidst the ugliness of war. 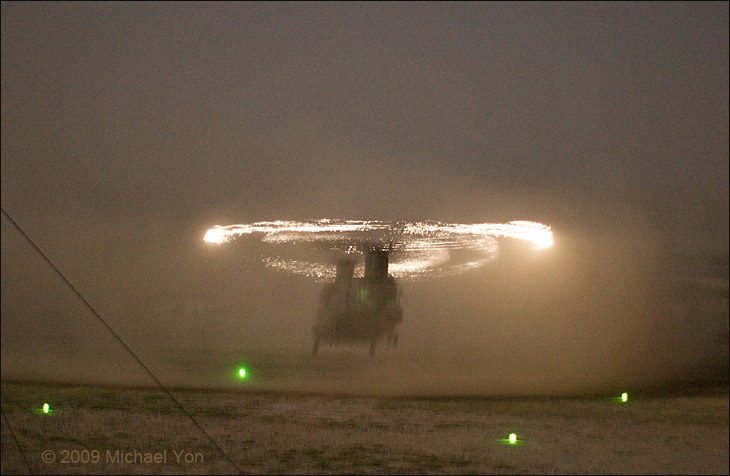 Yon asked pilots on base what the strange halos of light were called. After discussing the matter with a number of American and British pilots, he discovered that no one could identify a name.

What the pilots could tell him, however, is why the halos appear. Yon recounted their description as follows:

"Basically it is a result of static electricity created by friction as materials of dissimilar material strike against each other. In this case titanium/nickel blades moving through the air and dust. It occurs on the ground as well, but you don't usually see it as much unless the aircraft is landing or taking off. The most common time is when fuel is being pumped. When large tankers are being fueled they must be grounded to prevent static electricity from discharging and creating explosions." 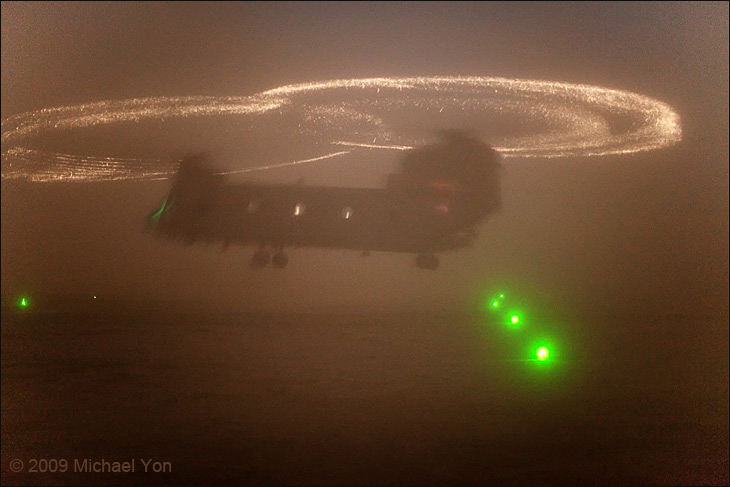 And while the cause of this effect was interesting to know, it was still a mystery to Yon why it had no name.

That's when he took it upon himself to name the phenomenon after two fallen soldiers.

Benjamin Kopp, a 21-year-old Army Ranger, and Joseph Etchells, a 22-year-old British soldier, were both killed in action in 2009 in a battle in Sangin, Afghanistan.

Corporal Kopp was shot while serving on his third tour at the tip of the spear. He was evacuated to Germany and then back to the U.S., where he passed away on July 18, 2009.

But even in death, Corporal Kopp continues to have a positive impact on the world - he volunteered as an organ donor, and his heart and other organs were given to others so they might live. 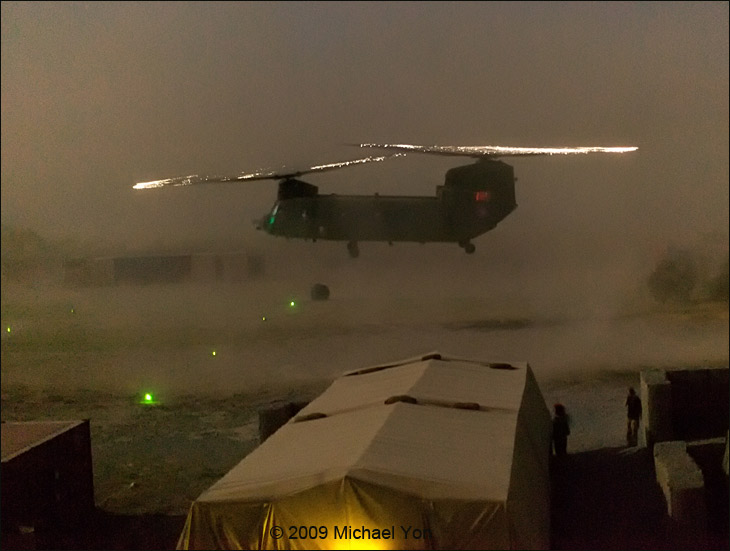 Joseph Etchells was killed one day after Benjamin Kopp passed away.

Like Corporal Kopp, Corporal Etchells was on the front lines during his third tour.

Called "Etch" by his comrades, he was a Section Commander that didn't have to be right on the front. But he chose to be anyway, right behind the point man.

Yon attended a ceremony in the soldier's honor where he was told that Etchells' last request was to be "cremated, loaded into a firework, and launched over the park where he used to play as a kid."

Upon hearing the request, both Yon and the soldier explaining it shared a laugh that was an homage to the fallen soldier's absurd sense of humor.

But back home in the U.K., his family granted his wish, and his ashes were spread where he played as a boy. 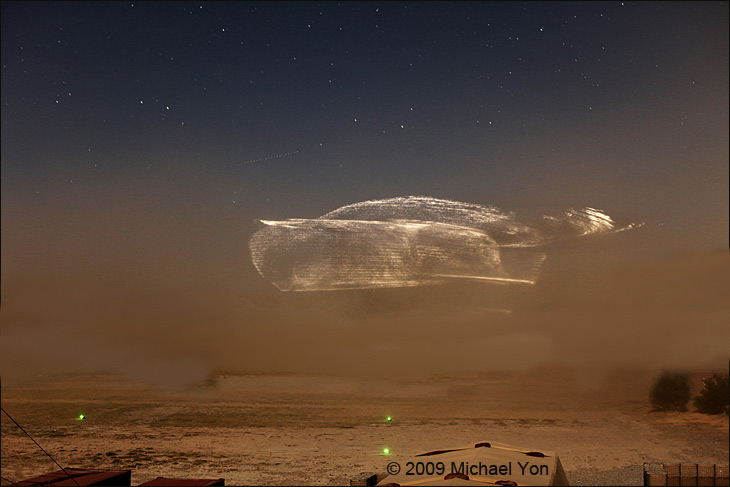 It might seem like a small gesture to name a beautiful light effect after two fallen soldiers. However, any method of honoring people that died to make the world a better place is certainly something worth celebrating.

As Yon wrote back in 2009, this case "is reminiscent of so many others whose names and faces will forever remain unfamiliar to most of us. The Angels Among Us are nearly always invisible to our eyes until it's too late to say "thank you," and "farewell."

Perhaps giving a name to the light show put on by helicopters landing in Afghanistan will allow us all a chance to say thank you and farewell to brave soldiers like Corporal Benjamin Kopp and Corporal Joseph Etchells.

Read more about Yon's experience in Afghanistan and view more of his images of the Kopp-Etchells effect by visiting his website.

All images by Michael Yon and used with permission.