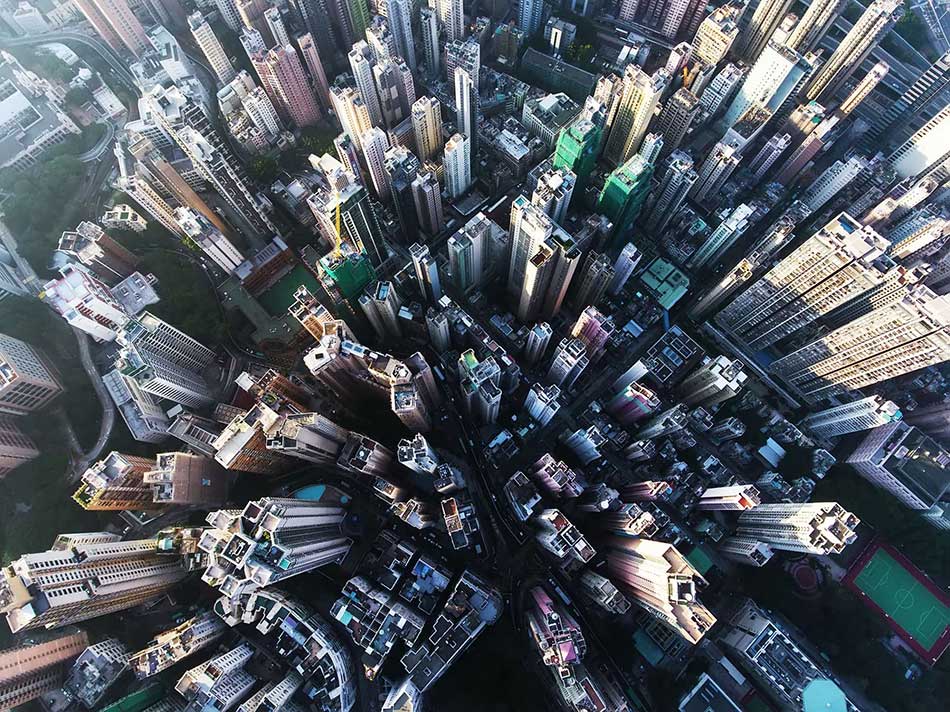 Back in 2015, the Federal Aviation Administration (FAA) began formulating rules to regulate the use of commercial drones.

One of their early targets was SkyPan International, a Chicago-based company the FAA claimed was operating commercial drones without a license.

The problem was that SkyPan had been flying drones for nearly three decades without issue. The other problem is that the FAA went after SkyPan after the agency missed the deadline to set rules that would govern the use of commercial drones. 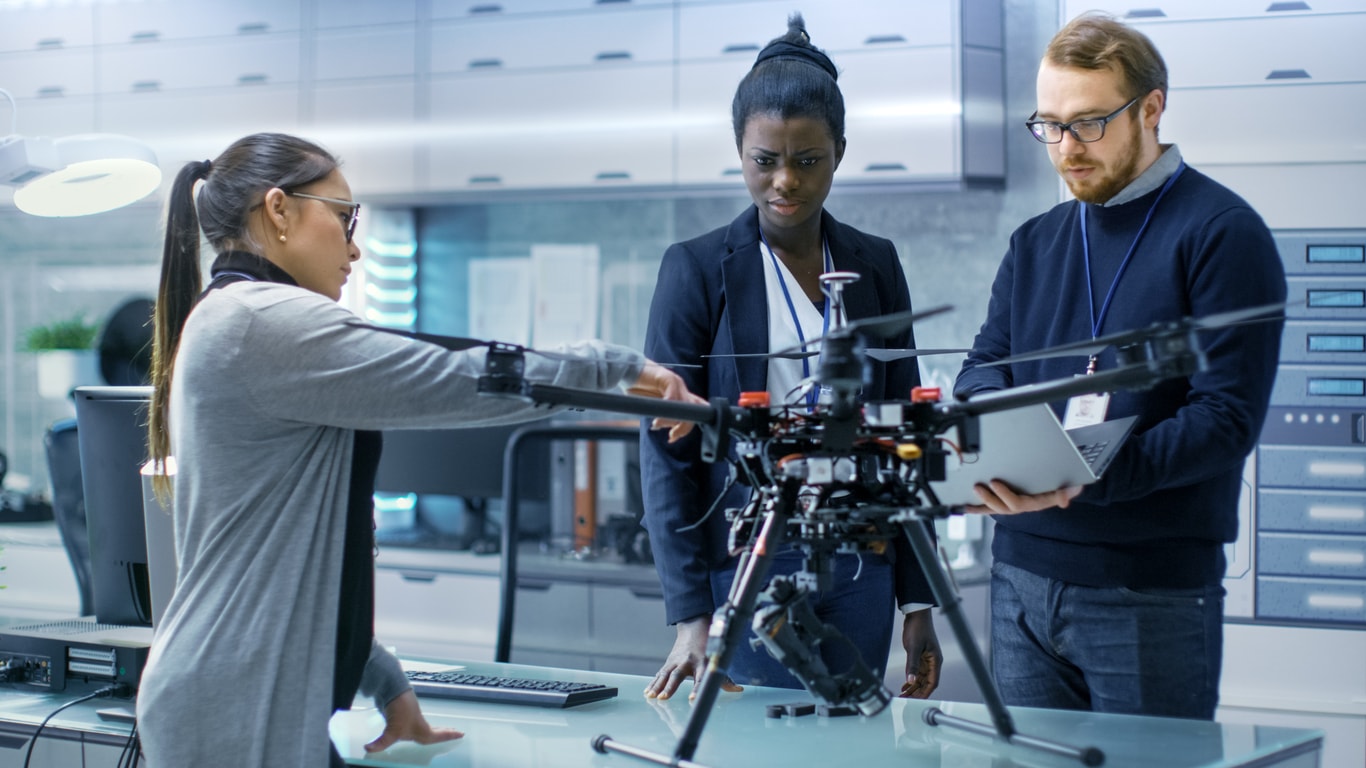 In a statement at the time, the FAA said that SkyPan had "conducted 65 unauthorized operations in some of our most congested airspace." The statement went on to say that those actions violated "airspace regulations and various operating rules" between March 2012 and December 2014.

According to the FAA, SkyPan didn't have the proper certification or registration for its flights, nor did it have permission from air traffic control or the FAA to fly drones. What's more, the company's drones lacked the equipment needed to signal their position to other aircraft in the area.

SkyPan issued a statement in response, saying, "SkyPan has been conducting aerial photography above private property in urban areas for 27 years in full compliance with published FAA regulations. SkyPan is fully insured and proud of its impeccable record of protecting the public's safety, security, and privacy." 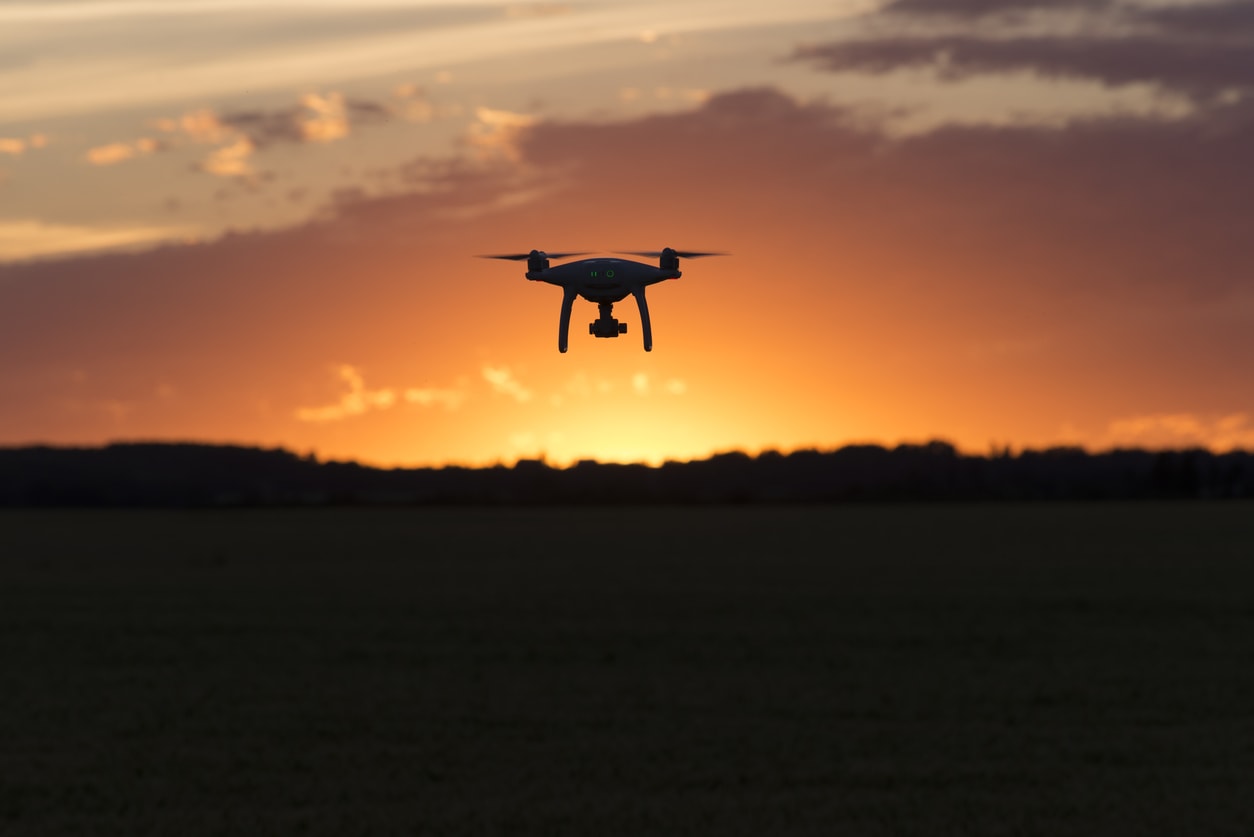 Nevertheless, SkyPan applied for the proper paperwork in December 2014, which was approved by the FAA in April of the following year.

It wasn't until June of 2016 that the FAA completed their published regulations for drones that weighed up to 55 pounds.

The key here is the term "published regulations," which back then did not include governance over commercial drones, being that the FAA missed the deadline to incorporate such rules.

However, that didn't stop the agency from proposing a whopping $1.9 million fine for SkyPan's "unauthorized" use of drones.

And it's not like SkyPan is snooping around people's backyards. Instead, they use drones to photograph the view from various real estate holdings.

For example, if an investor wants to know what they'd be looking at out of the 40th-floor window of their office, SkyPan sends up a drone to take a photo from that vantage point. 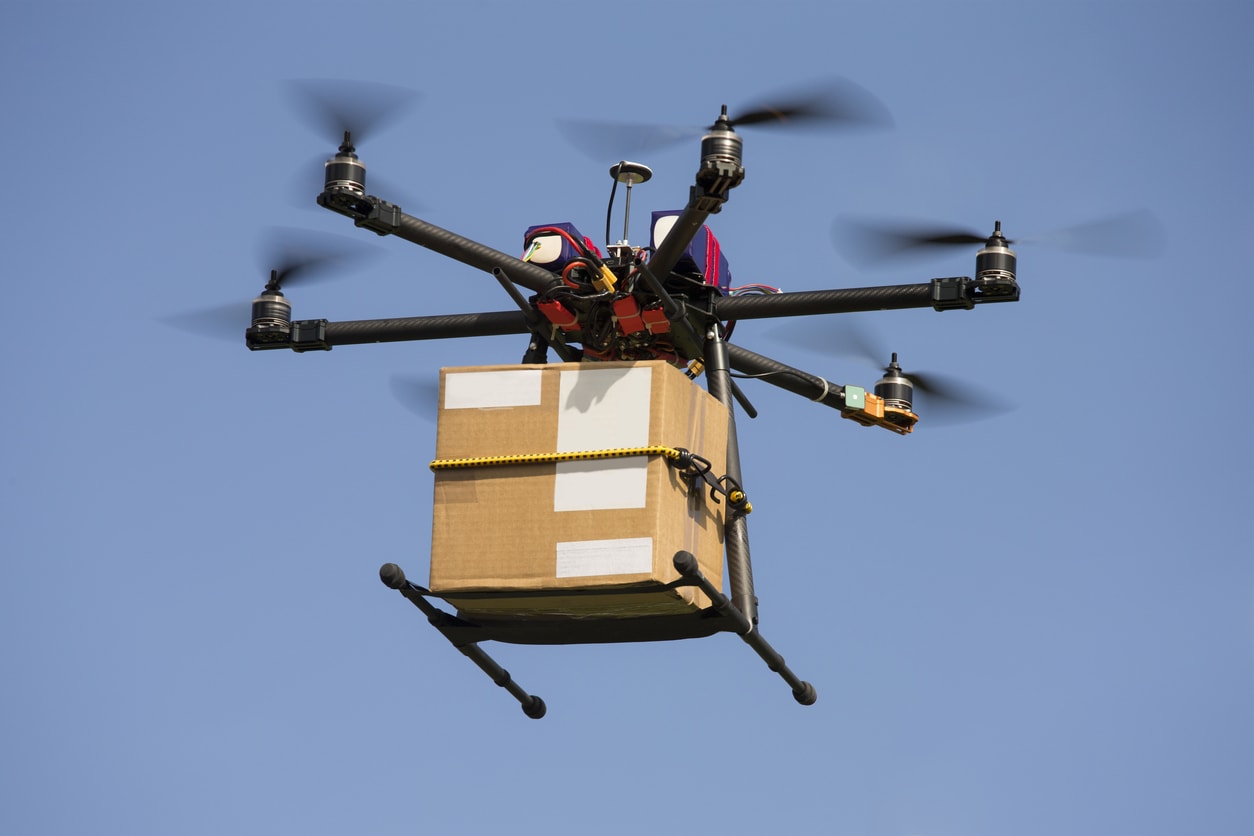 And now that drone usage is ubiquitous amongst private citizens, past actions of the FAA are all the more concerning.

It also sheds light on the difficulties that ensue when technology changes and advances so quickly, leaving existing government regulations in the dust and widely inapplicable to new situations.

To say that the FAA's response to the growing use of drones has been slow and methodical is an understatement. On the one hand, it's likely prudent to take time to examine the issue such that the safety of everyone involved is ensured.

However, the slow trudge of progress at the agency is frustrating for people and businesses that rely on drones. 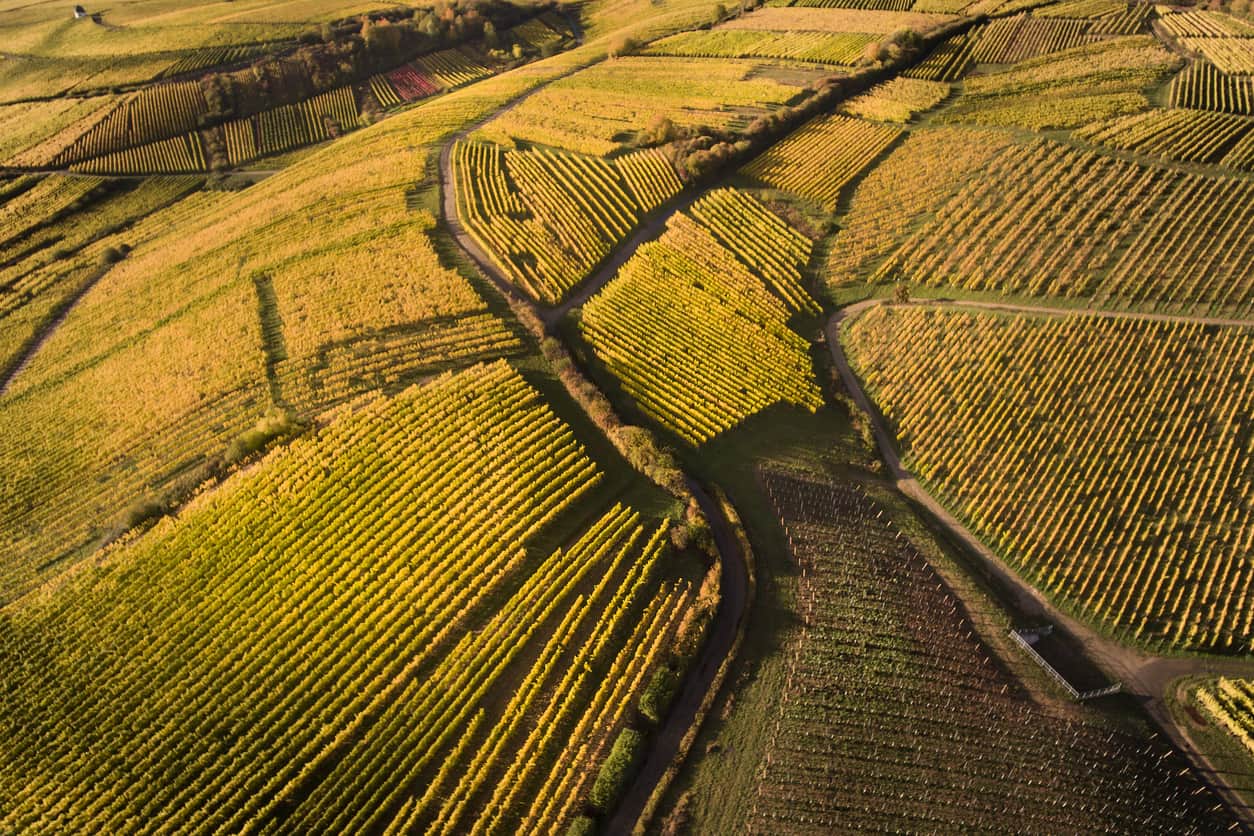 Speaking of the slow trudge of progress, the SkyPan issue wasn't resolved until January of this year, when the company and the FAA reached an agreement.

Additionally, SkyPan will have to pay another penalty of $150,000 if it violates FAA regulations in 2018. There's yet another $150,000 fine on the table should SkyPan fail to comply with the terms of the settlement agreement between it and the FAA.

Today, the FAA's drone regulations actually allow companies like SkyPan to fly their drones in heavily congested areas and even in controlled airspace if they are granted permission by local air traffic controllers.

The lesson here for companies and those of us that have drones for personal use is this - check the regulations in your area and be sure you understand them thoroughly.

If you have questions, ask before you fly, as it's a significant safety issue. Besides, the FAA doesn't seem to be in the mood to forgive and forget.

Check out the video above from GoPro for some epic drone footage.

Protect Your Drone With the Right Bag 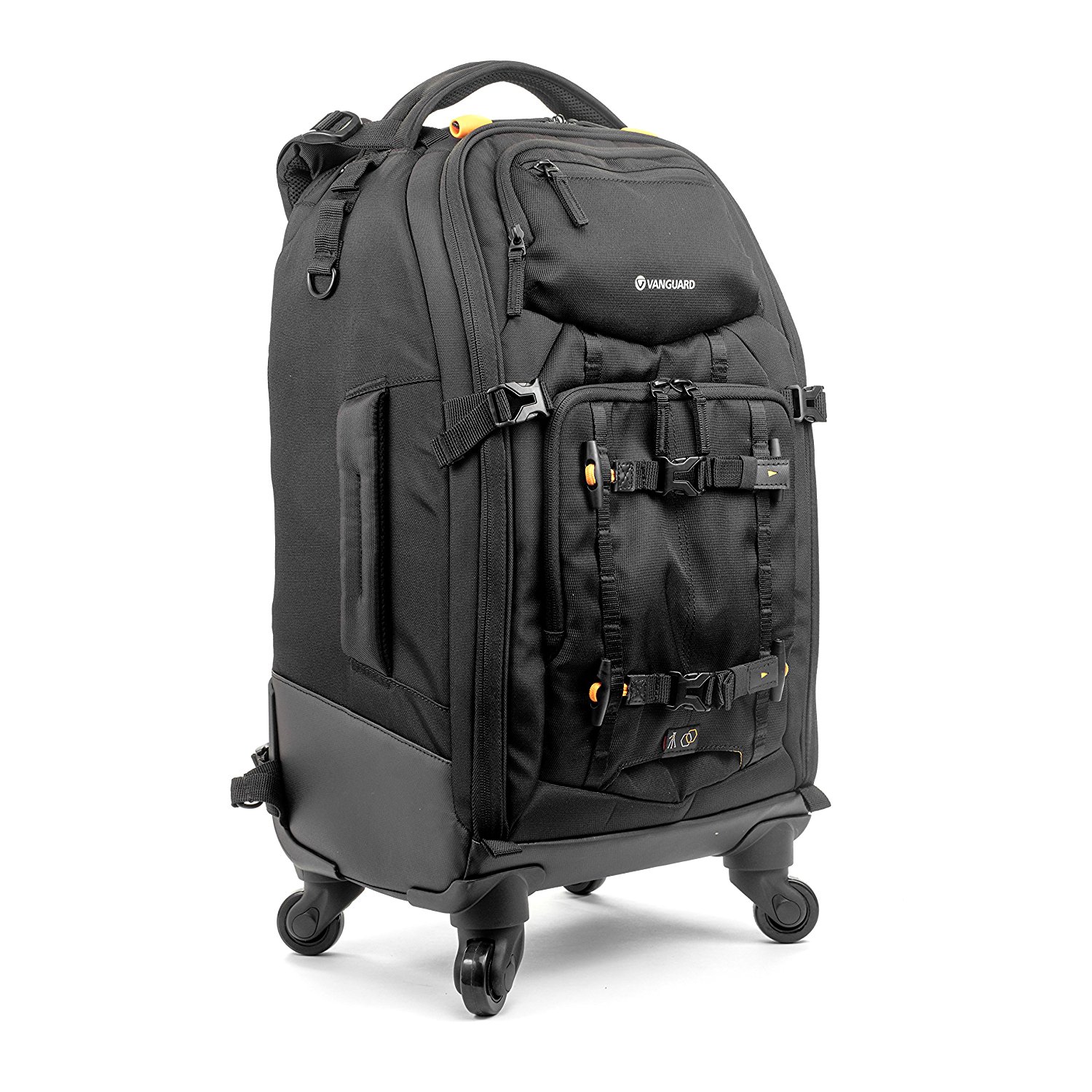 One thing that you can do to make your drone photography experiences better is to get the right kind of camera bag to transport your drone and related accessories.

For my money, there's nothing better than the Vanguard Alta Fly 58T Trolley/Backpack for getting a drone from point A to point B...

The biggest draw of using a bag like this is that it can accommodate an amazing amount of gear. 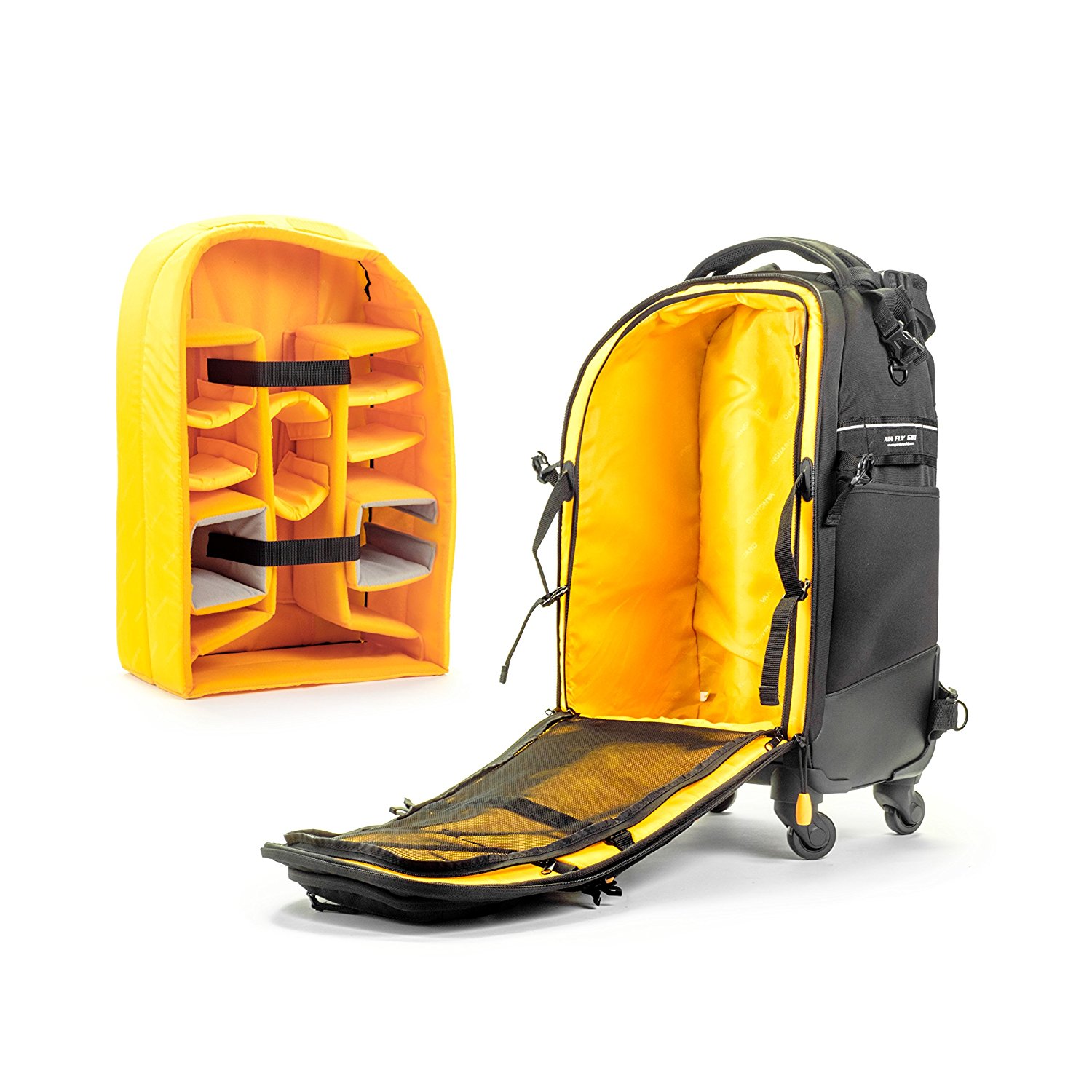 As you can see above, a large drone, its controllers, and related accessories fit nice and snugly into this bag.

And for the occasions when you go old school and take photos with a normal camera, the Alta Fly 58T can hold one or two professional DSLRs, up to six lenses, a 14-inch laptop, a tablet, a tripod, and other accessories, like a flash.

That's a ton of gear! 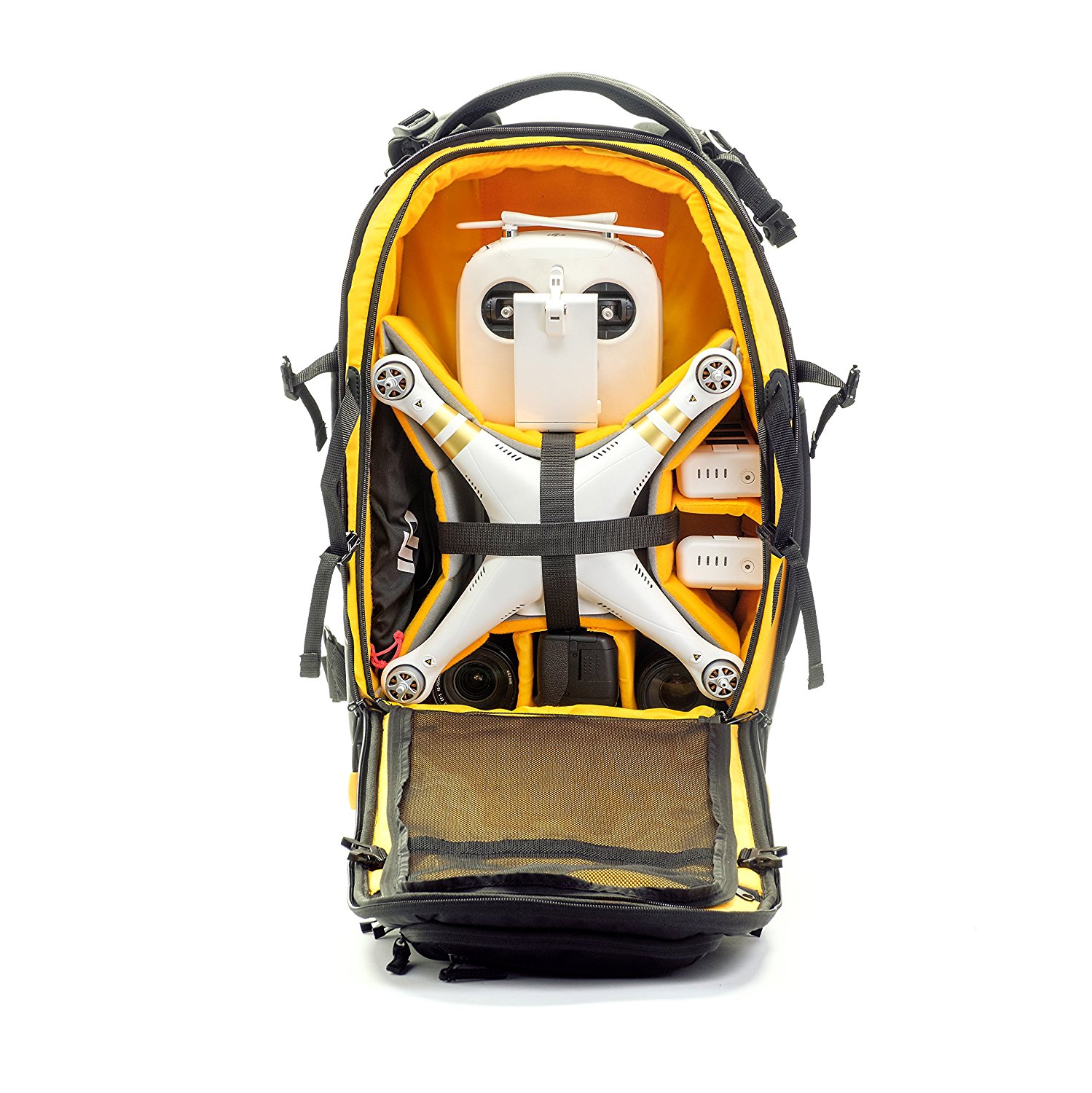 Getting all that gear around is easy, too, given that this bag is a hybrid trolley bag and backpack.

Use the bag's four wheels and handle to pull behind you in places like the airport, and then pull out the bag's backpack straps to carry it as a backpack when you need to find your way to the shoot location.

Either way, you can carry all your gear in ultimate comfort, and do so knowing that all the gear inside the bag is safe and sound with tons of padding to protect it.

Via CNET, USA Today, and the Federal Aviation Administration