This Photographer Waits for People to Interact With Famous Artworks, and the Results are Amazing 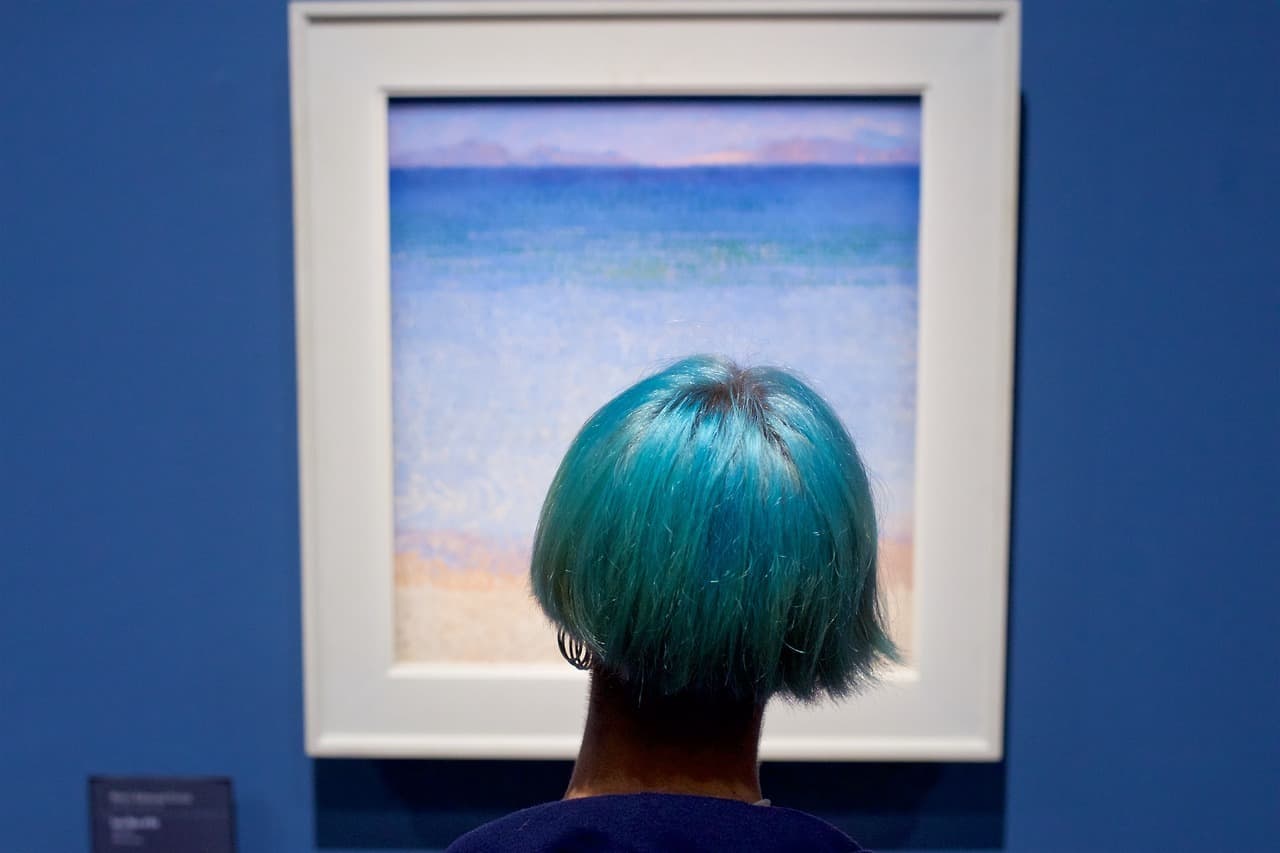 Coming up with something original and innovative in photography is a tough challenge.

It seems as though everything has already been done by somebody, with little left space left for us modern photographers to carve out a niche.

French photographer Stefan Draschan has come up with a wildly entertaining type of photography that he calls "people matching artworks." 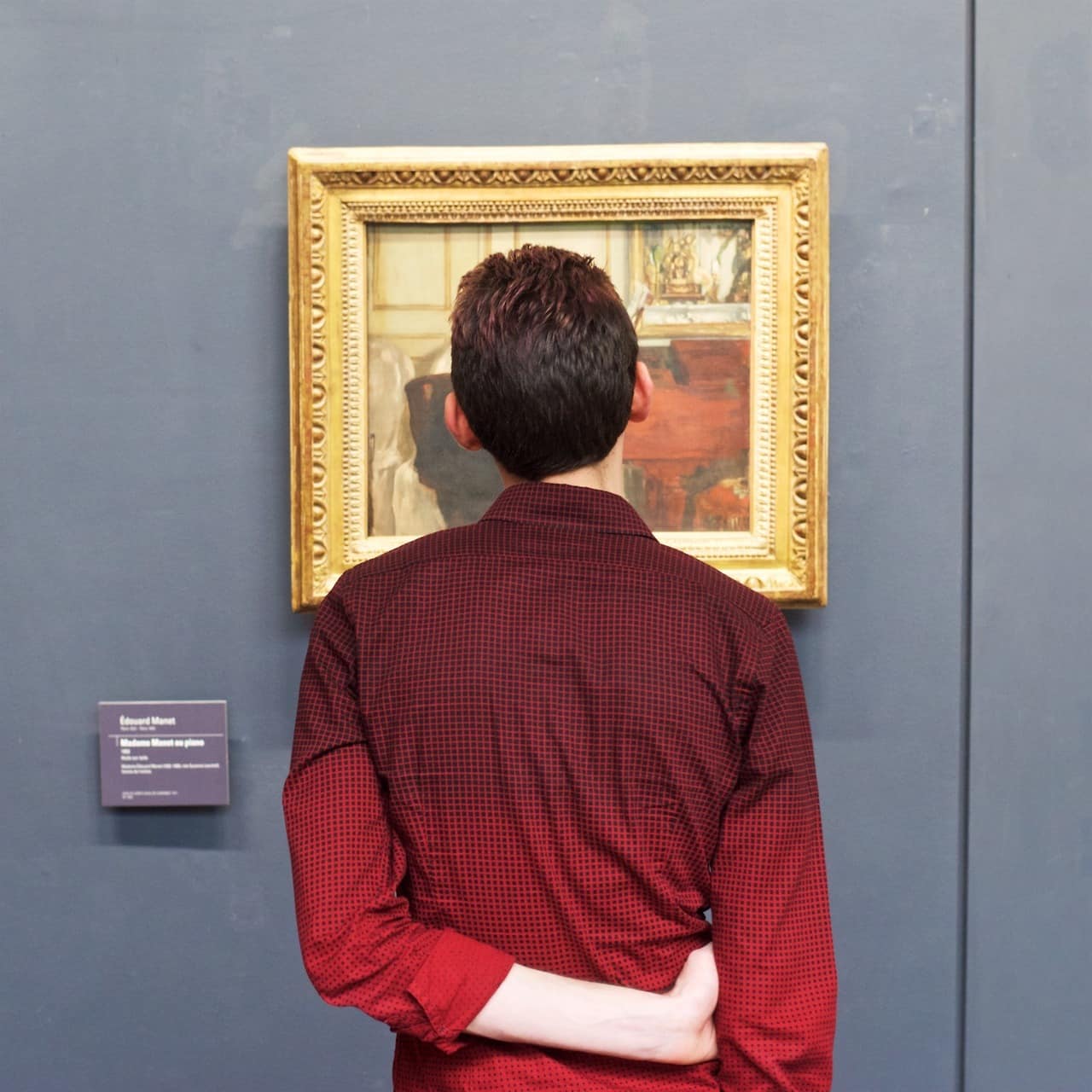 The concept is fairly straightforward.

Stefan goes to art galleries and museums with his camera in tow, and takes photos of people as they inspect paintings, sculptures, and other art pieces.

And though his images look like his subjects have been perfectly staged in the photo, it's all natural. 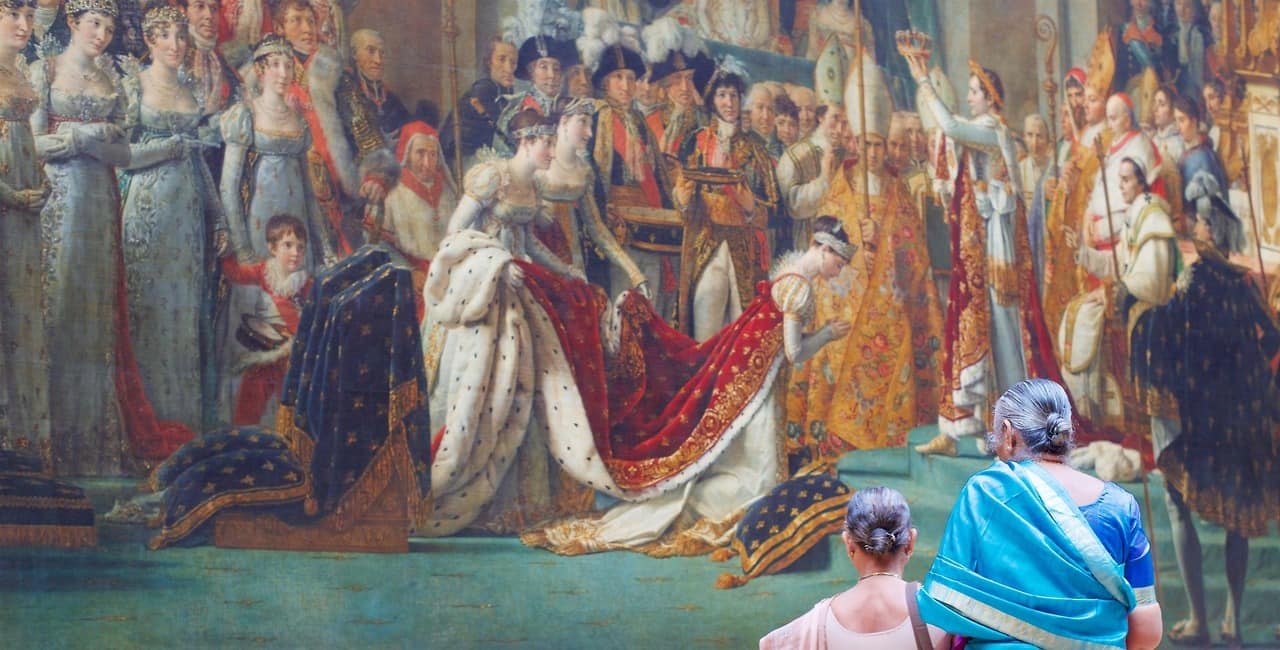 His key to success is an extreme amount of patience.

He'll stake out a particular work of art and wait for the right moment to snap a photo of a visitor going in for a closer look.

Whichever way you slice it, Stefan's photos represent something truly unique and unexpected. 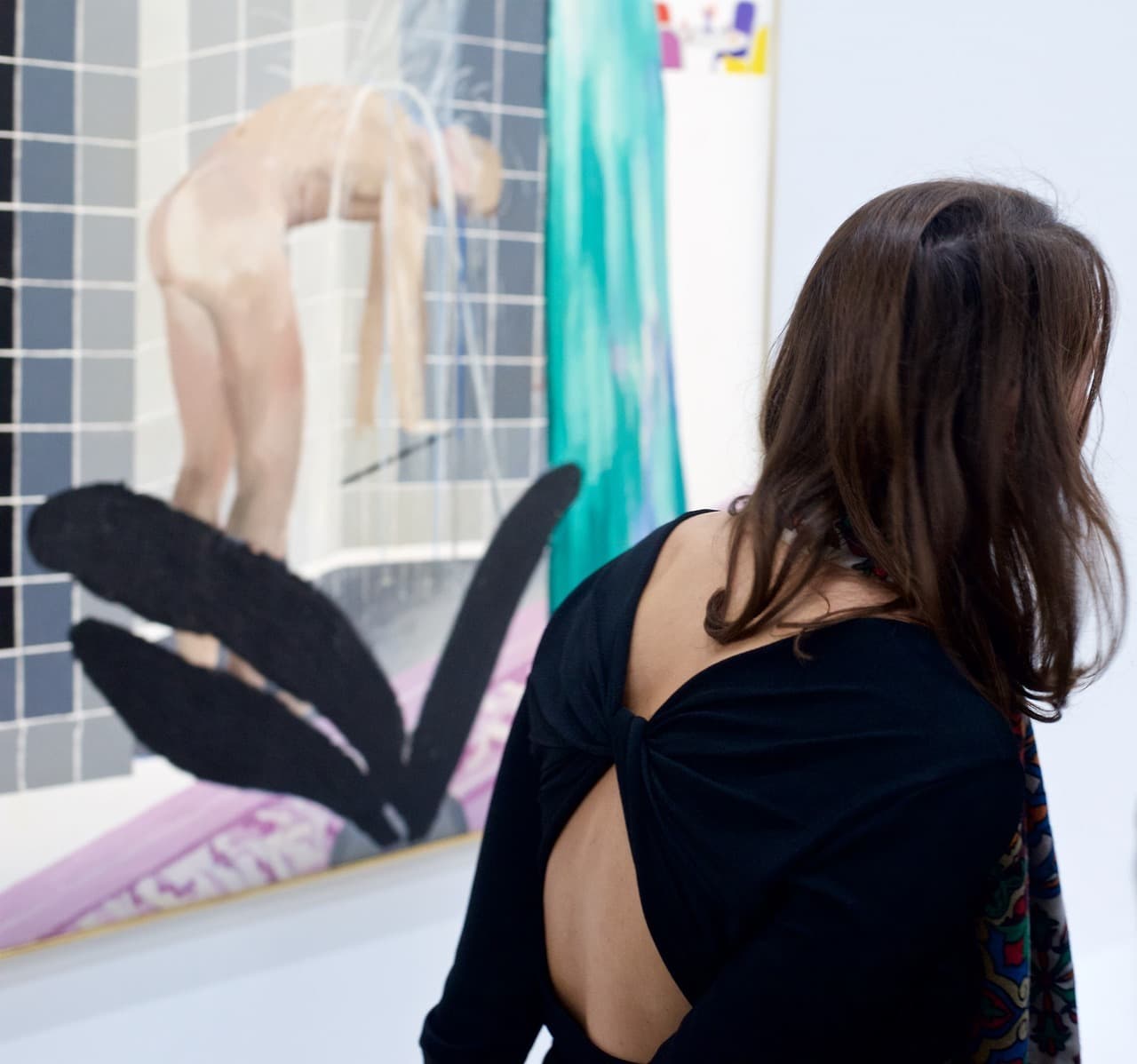 Stefan has been a photographer for just four years. He only picked up a camera after he quit smoking.

I think we can all agree that his new obsession is the better of the two!

Stefan's primary targets are museums in Paris, Berlin, and Vienna. You can check out more of his "people matching artworks" images below. 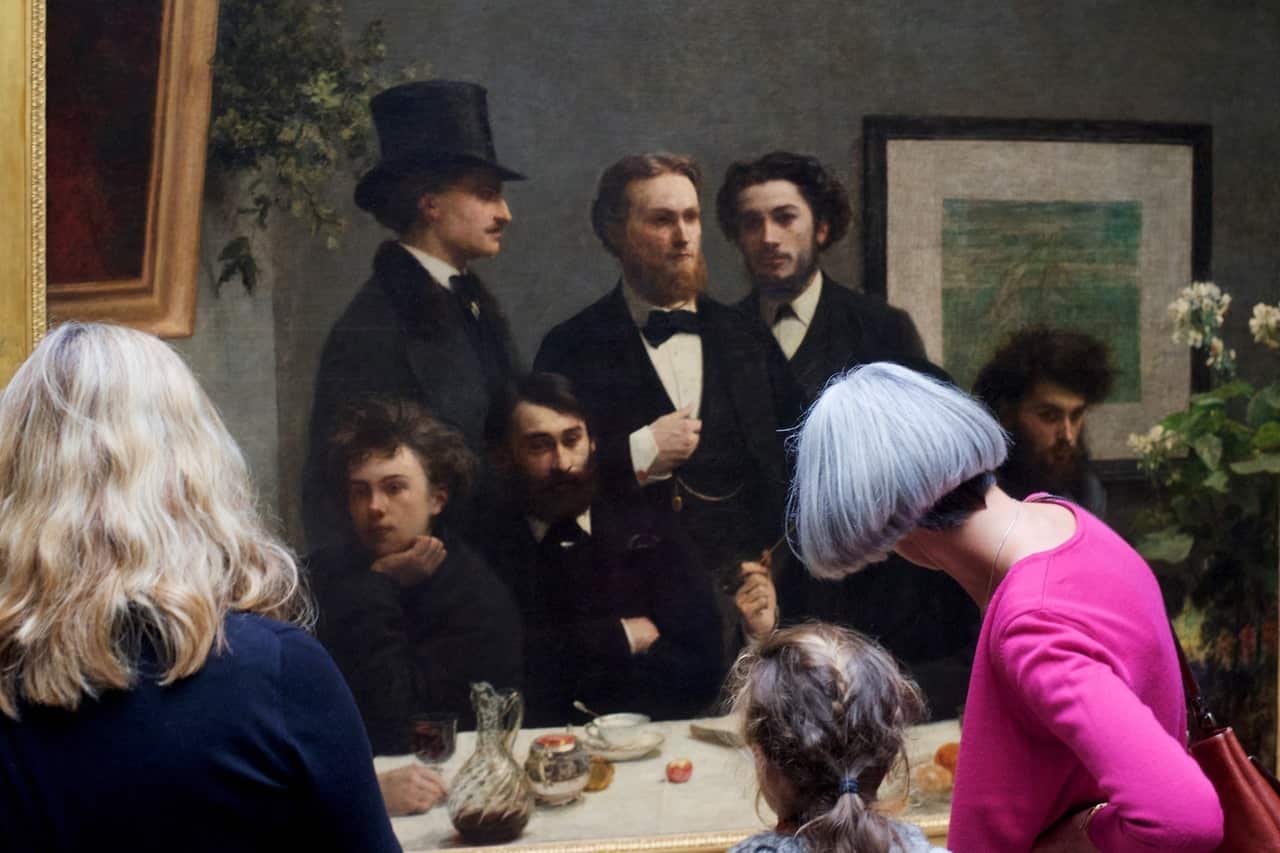 These women, inspecting Henri Fantin-Latour's By the Table in the Musée d'Orsay in Paris, appear to be locked in a staredown with the men in the painting.

The men seem quite captivated by the ladies, don't you think? 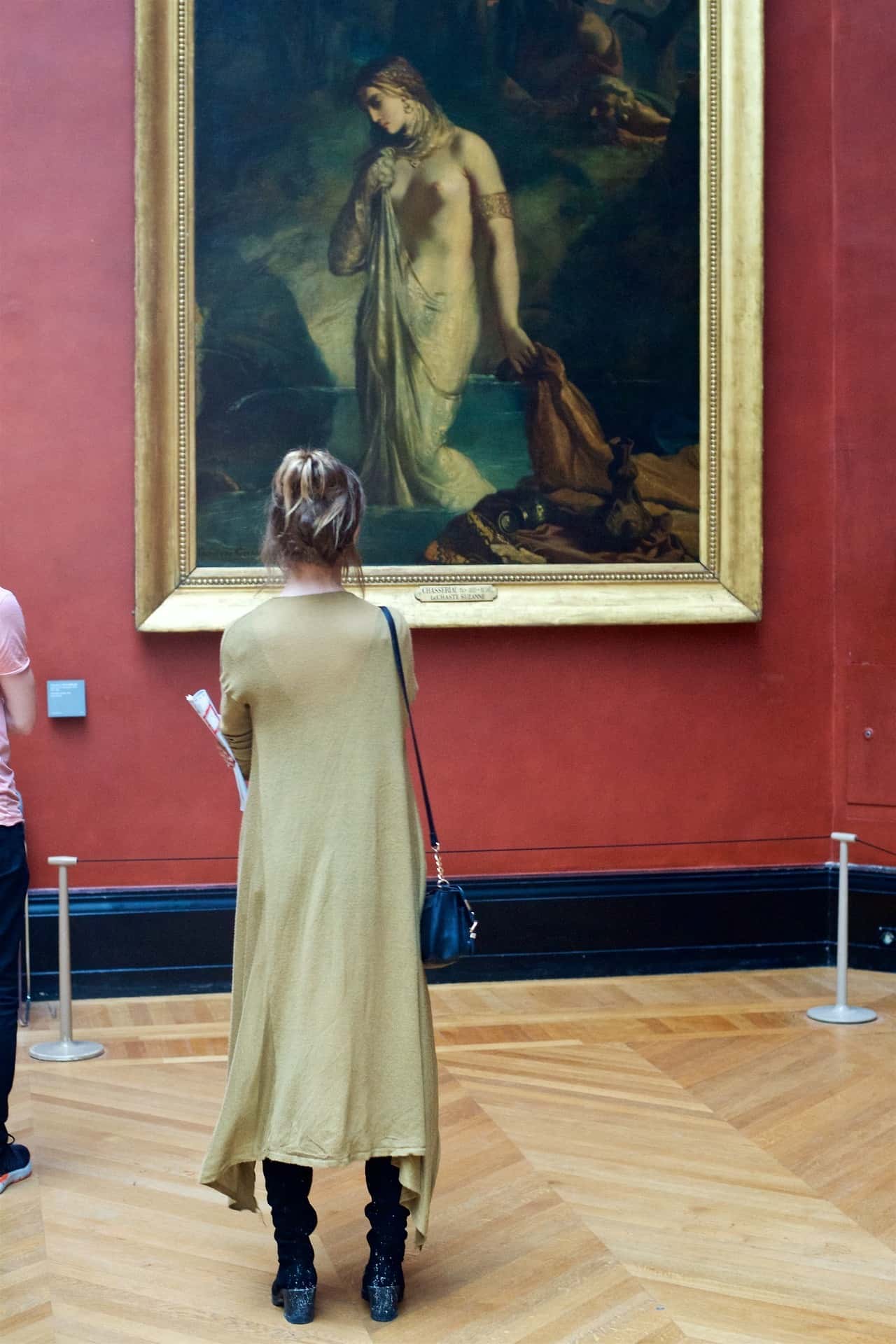 This woman, inspecting a painting by Theodore Chasseriau in the Louvre, seems to have worn an outfit that resembles the one of the woman in the painting. 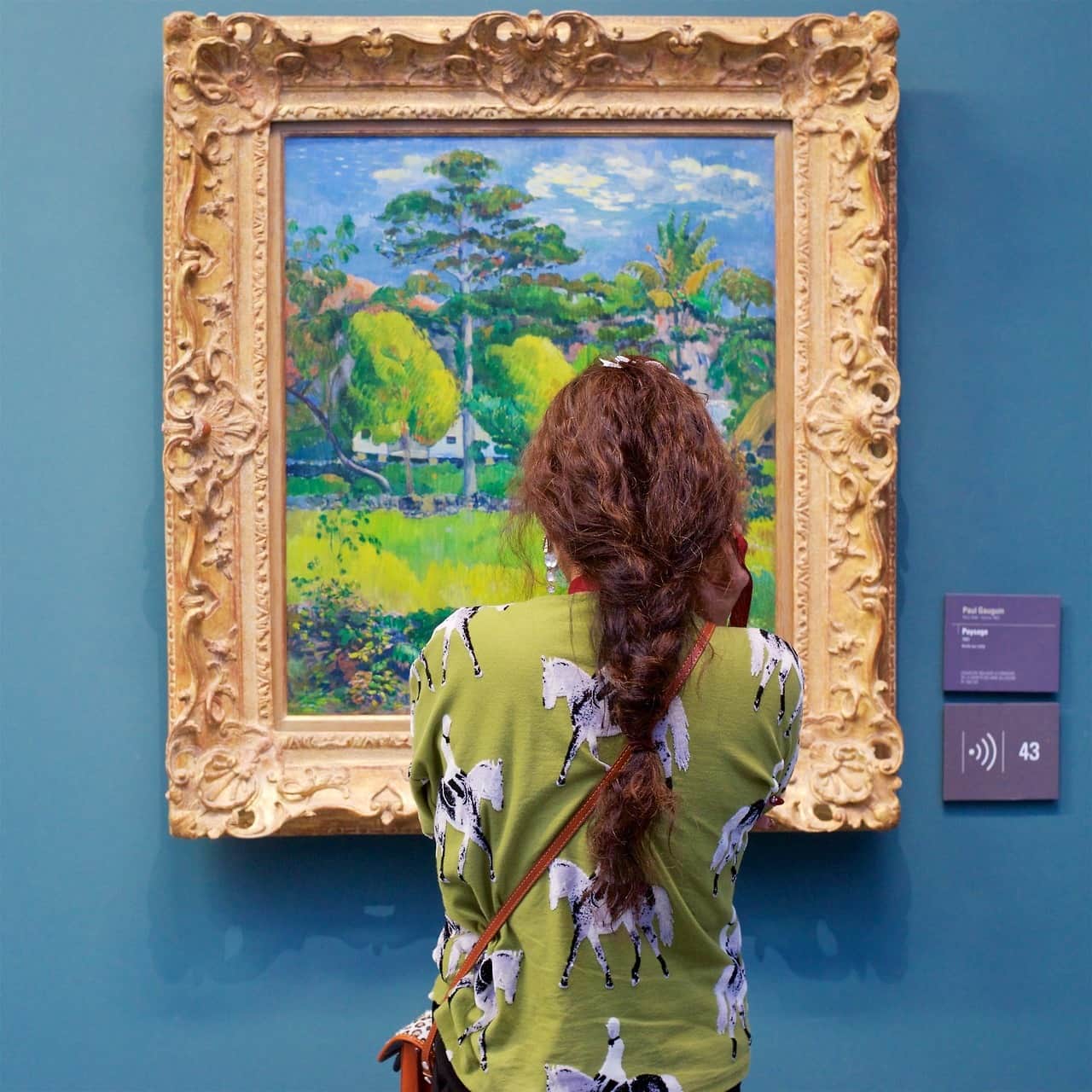 The print on this woman's shirt perfectly matches the vibrant scene she's viewing in this piece by Paul Gauguin in Paris' Musée de l'Orangerie. 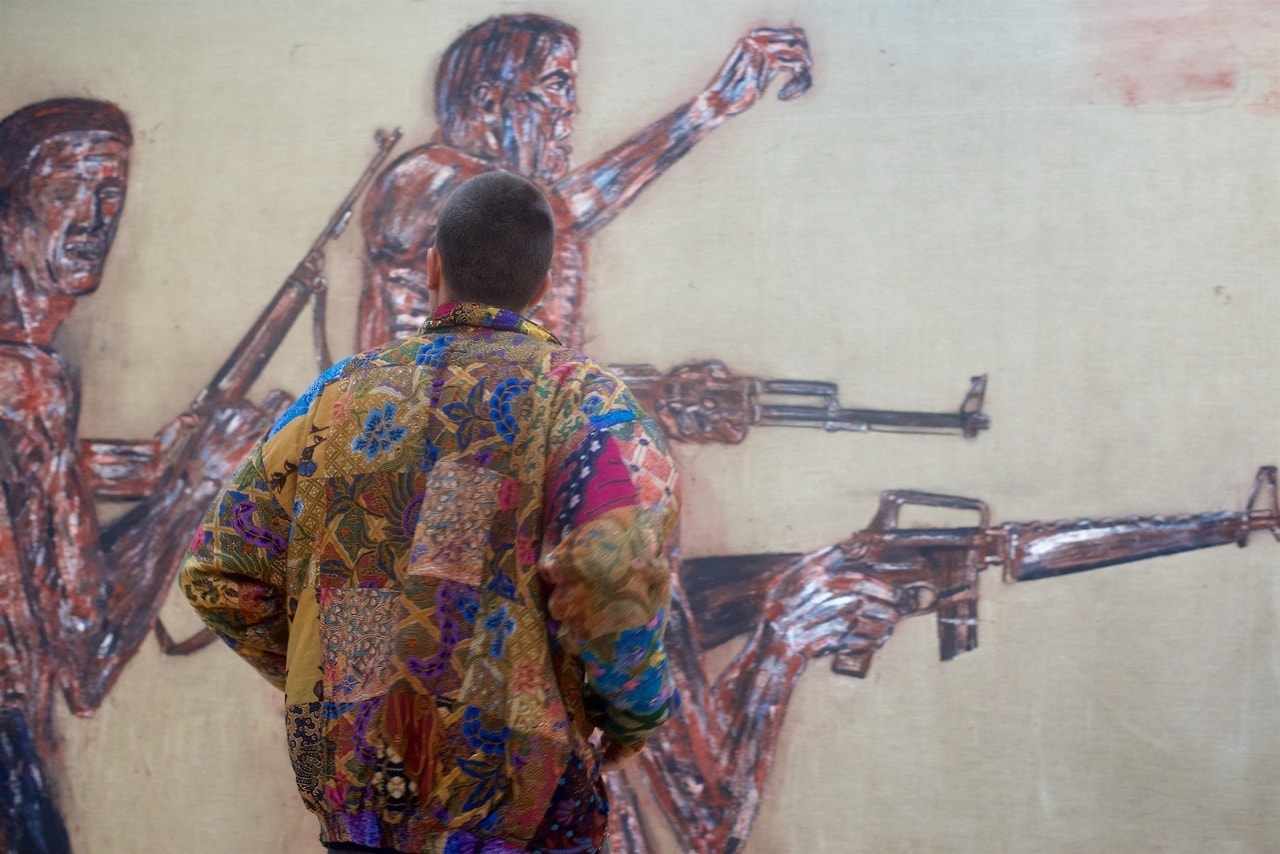 The framing of this image makes it look as though this onlooker could be part of Leon Golub's painting at the Centre Pompidou in Paris. 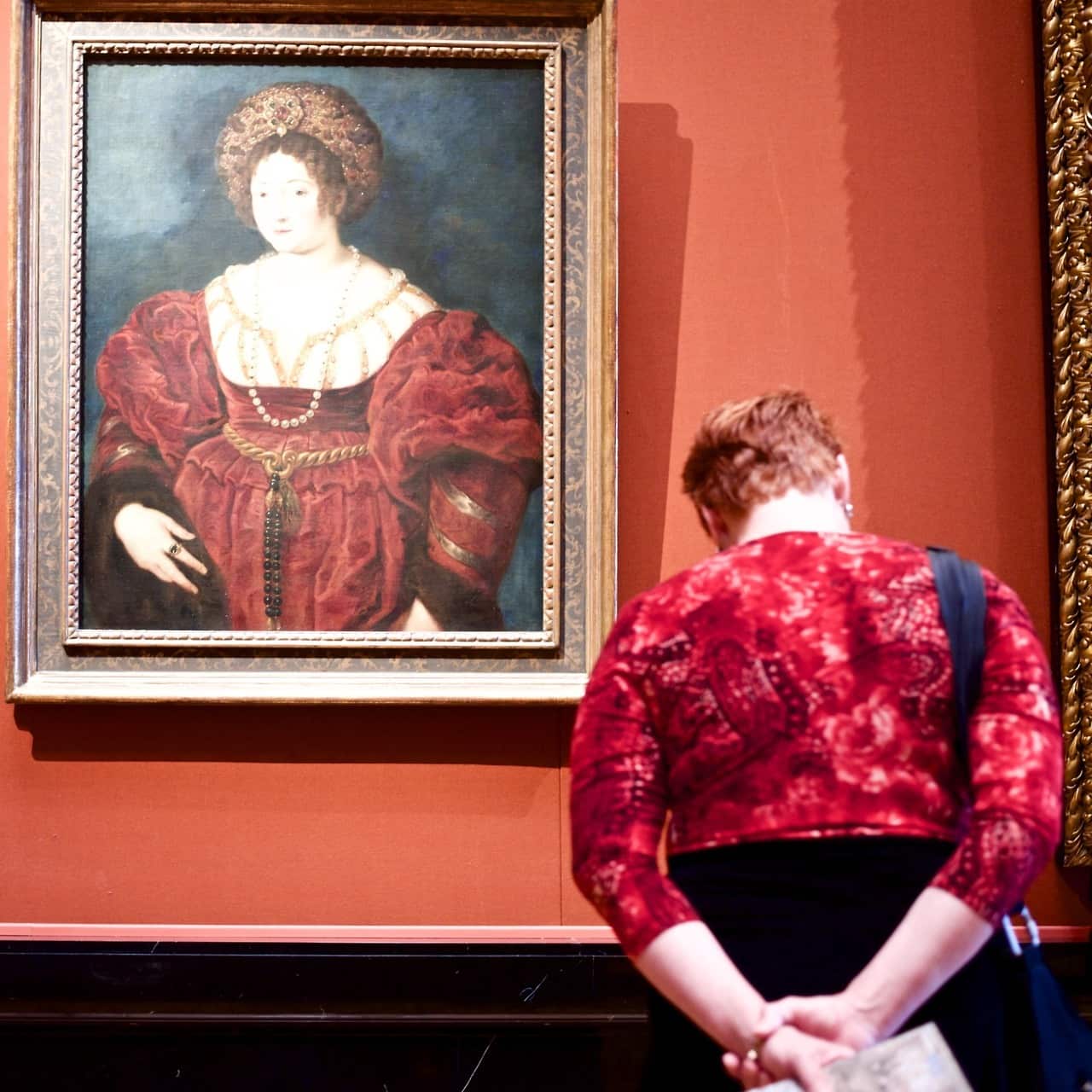 The hair and the wardrobe of this gallery visitor at the Kunsthistorisches Museum in Vienna sure are a good match for the woman in the Rubens painting that she's inspecting. 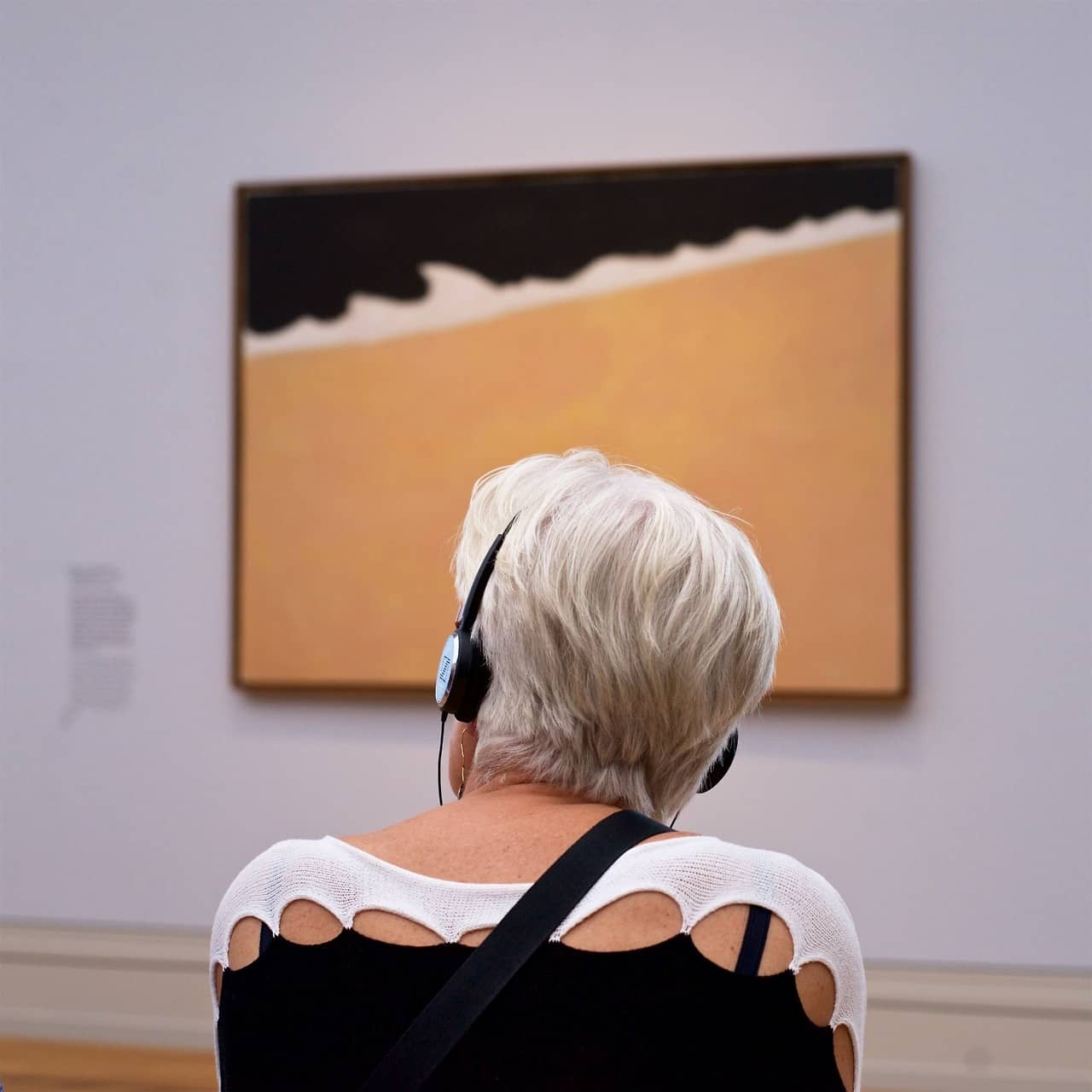 Talk about a match made in heaven!

This lady's outfit perfectly matches the vibe of the Milton Avery piece in the background. 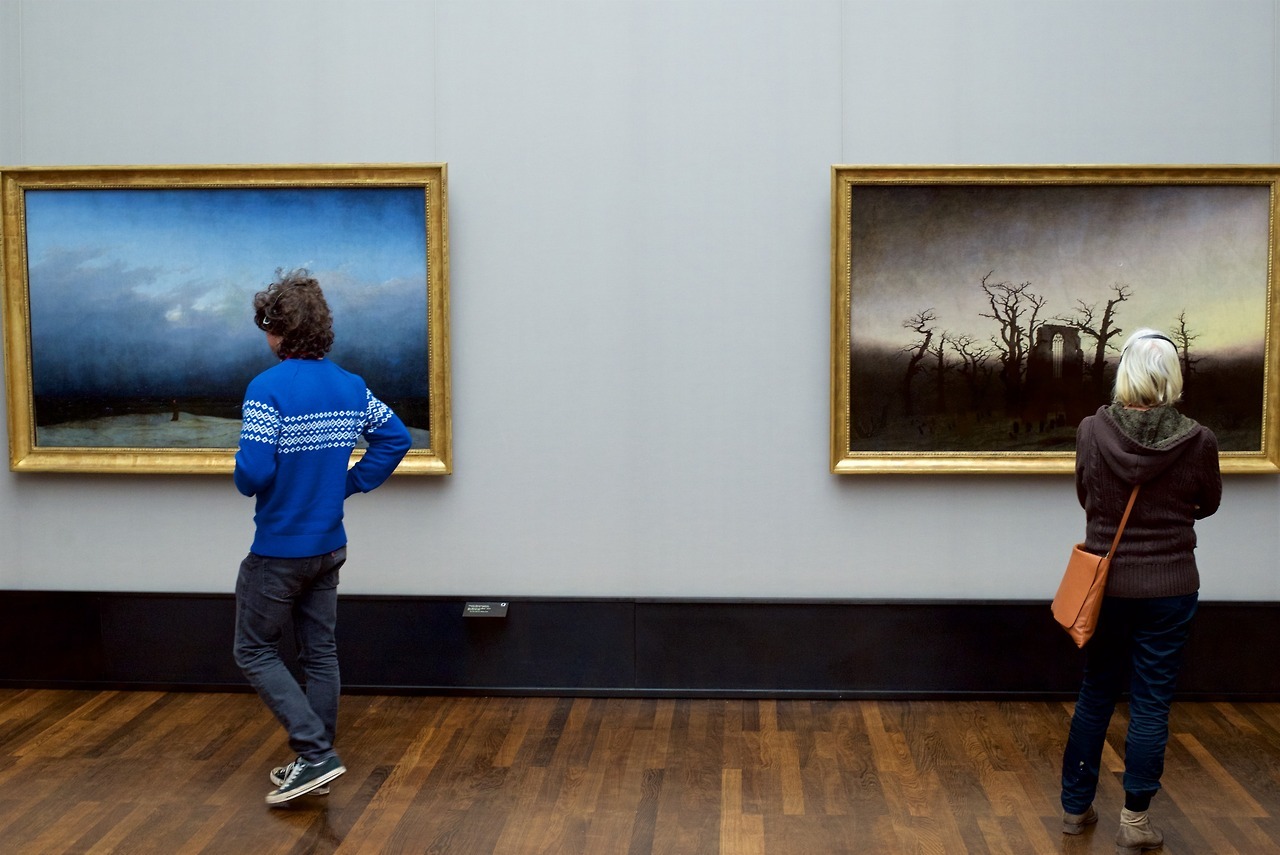 And that's just the start...

For a look at more of Stefan's work, which includes "people touching artworks," "people sleeping in museums," and other unique photo stories, visit his website.

All images by Stefan Draschan and used with permission.