This Revolver Camera is One I Don't Want to "Say Cheese" For... 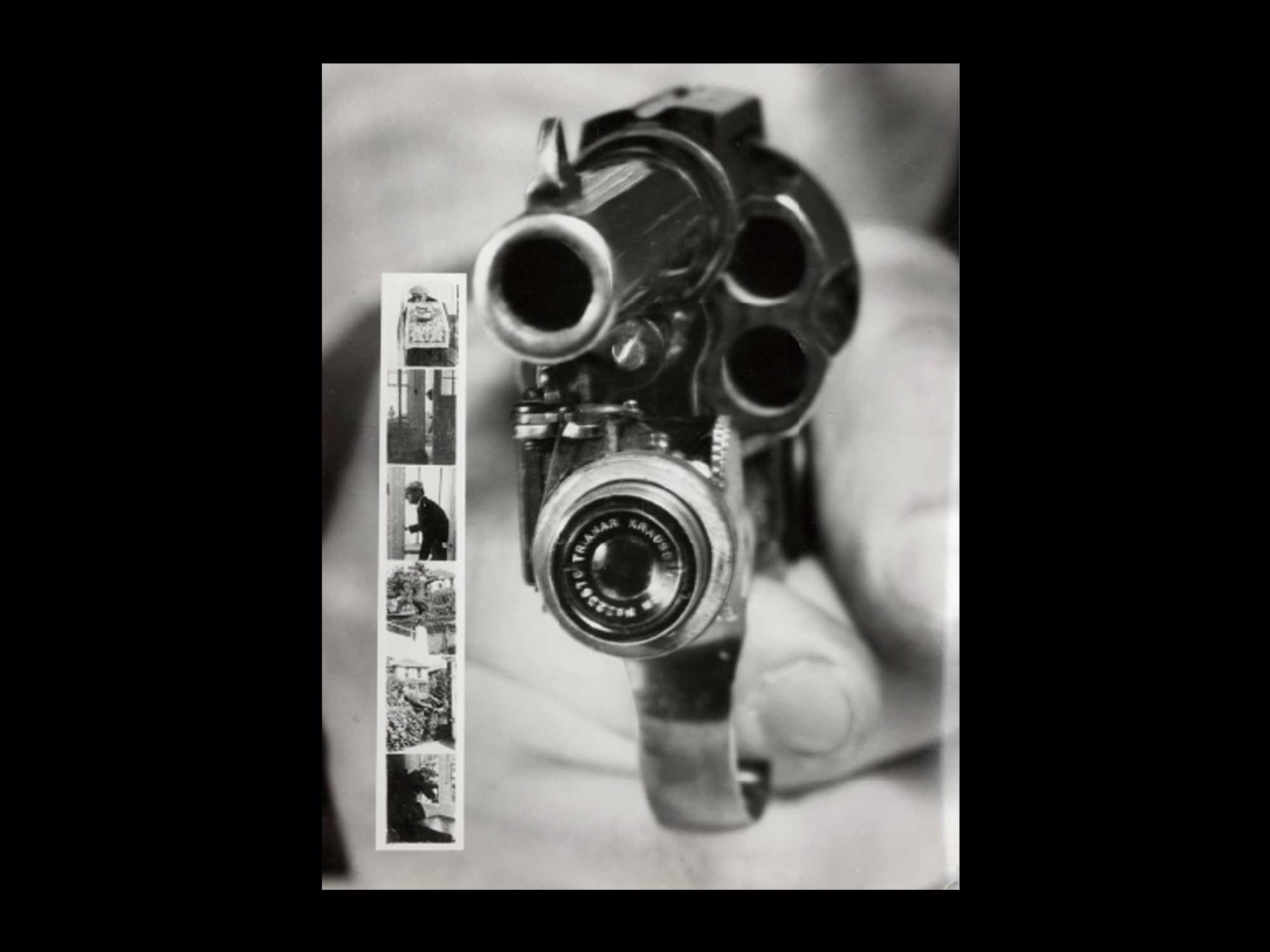 I've seen some crazy cameras over the years, but when I stumbled across this revolver camera, I did a double-take.

Yes, it shot both bullets and photos at the same time, just in case you were wondering.

But how could such a feat be accomplished?

The front of this Colt 38 was equipped with a built-in camera.

When the shooter (which has double-meaning in this situation...) pulled the trigger, the revolver fired and so too did the camera.

In the featured image above, you can see a series of images taken by the camera, hopefully when the revolver wasn't loaded. 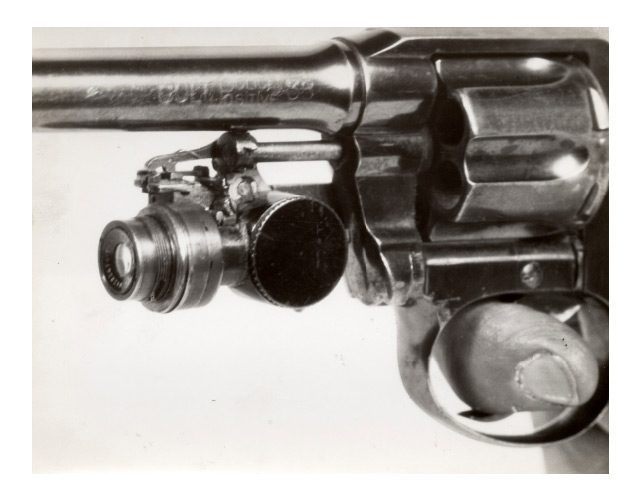 Why a revolver camera, you ask?

It's simple - the whole point was to reduce crime.

This particular invention was intended to be used to fight crime in New York City in the late 1930s.

When you think about it, it really is an ingenious idea, a predecessor to today's gun-mounted accessories, like flashlights, lasers, and, of course, cameras. 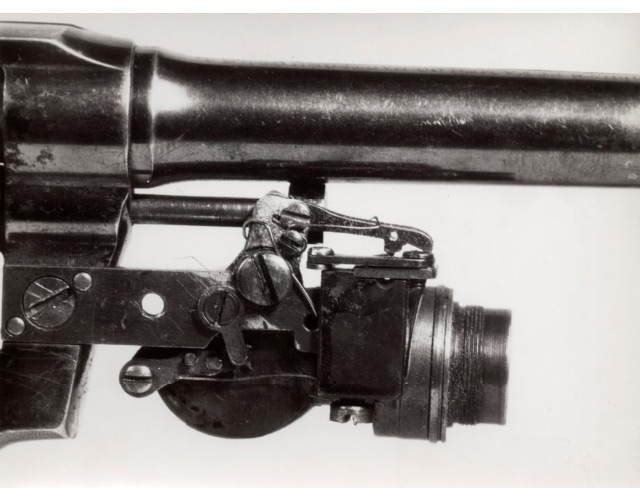 From the side, you can see how the tiny 4-centimeter-wide lens was attached to the revolver.

The whole contraption weighed 170 grams, so it wasn't like the camera added a ton of weight.

Even better, the camera was attached with just one screw, meaning it could easily be attached to any standard revolver. 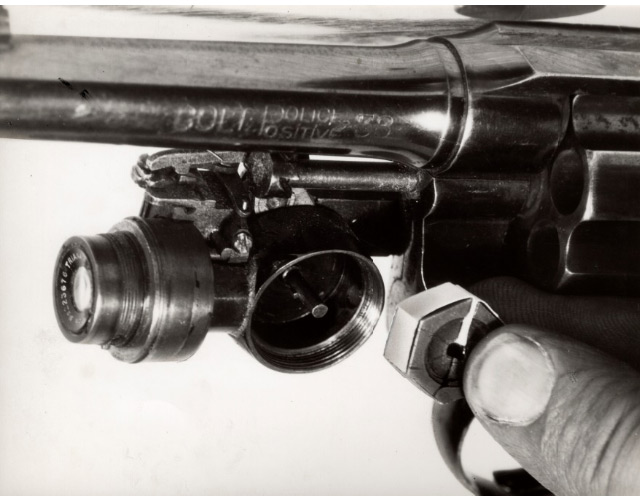 These incredible images are part of the Spaarnestad Collection, a photo archive rich in history that was acquired by the Dutch Nationaal Archief (National Archives) in 2011.

The collection - the largest and oldest of press photography in The Netherlands - is home to more than 13 million images, many of which document the most important events of the 20th century, including wars, political events, the arts and fashion, social life, and sports, among others. Some, like the images in this article, are of less well-known subjects.

The Spaarnestad Collection originated as the photo archive of the Dutch Roman-Catholic publishing company, De Spaarnestad, which was founded in 1906 in the Dutch city of Haarlem.

De Spaarnestad's photo archives grew over the decades, eventually encompassing images from photographers from all over the world and covering all manner of subject matter.

That includes the archive of images from the popular Dutch magazine Het Leven, which was published from 1906 until 1941 when the German occupying forces forced the end of its publication.

Over the years, De Spaarnestad merged with other companies, eventually coming to be known as Verenigde Nederlandse Uitgeversbedrijven. In 1986, the Spaarnestad Photo Foundation was established to preserve the decades of photos in its archives. In the ensuing years, the collection has continued to grow and includes images of national and international importance.

All images used with permission. Please contact www.spaarnestadphoto.nl if you would like to reproduce or use the images in any way.