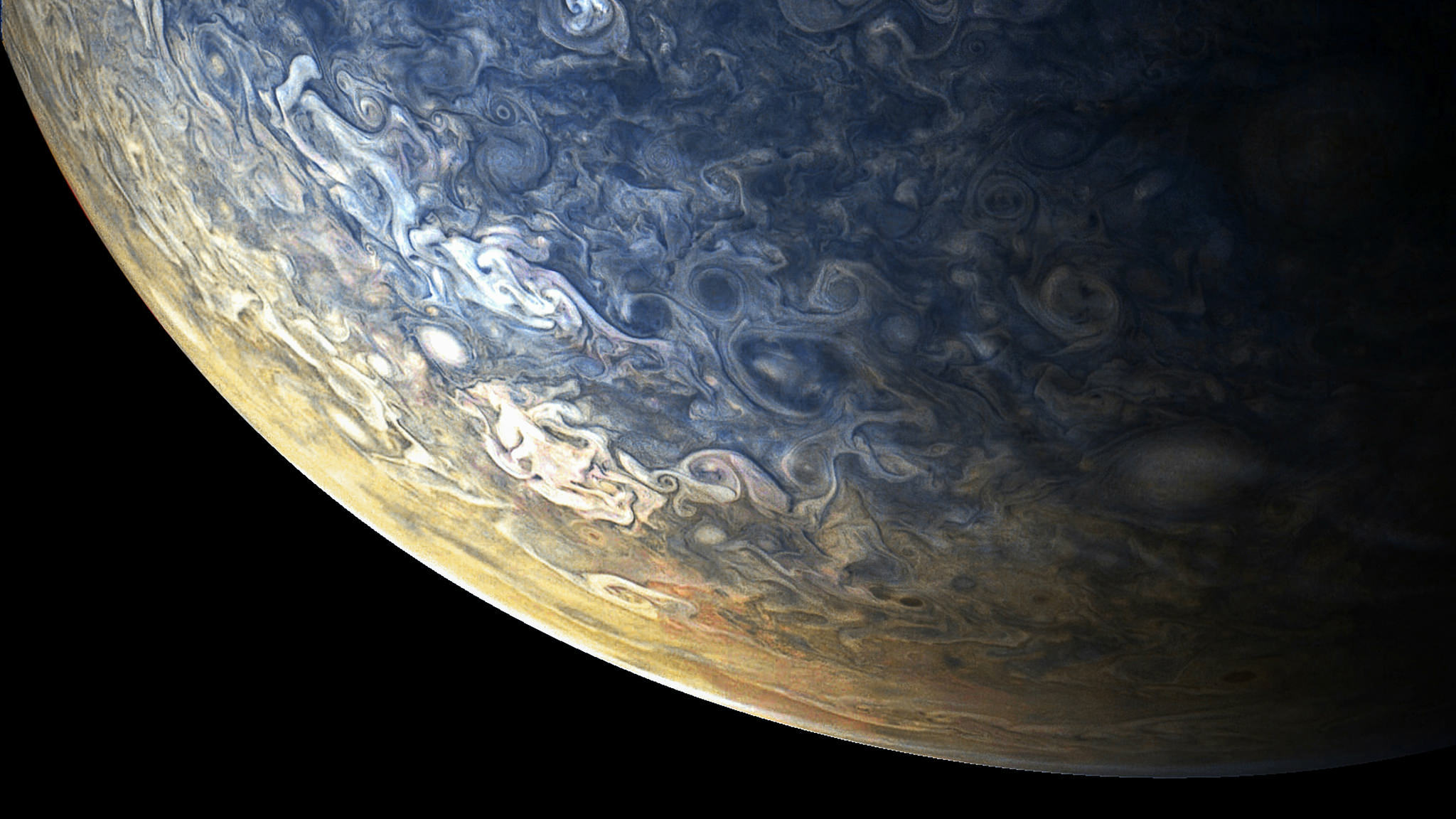 You know the saying that it's not the camera you have but how you use it?

Well, NASA certainly knows how to use the cameras on its Juno Probe to take some pretty incredible photos...

Launched in August 2011, Juno didn't arrive at Jupiter until July 2016. Since then, it's undertaken its mission to explore the planet. 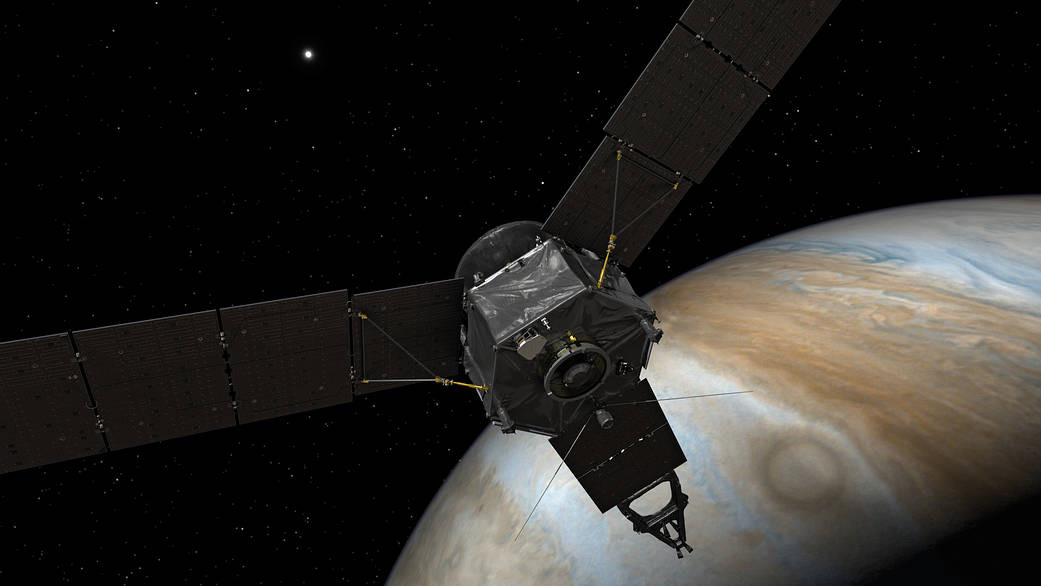 The whole point of the Juno mission is to help scientists better understand how the solar system was formed by studying Jupiter.

More specifically, Juno is examining how much water Jupiter's atmosphere holds, the motion of clouds in the atmosphere, and the composition and temperature of the gas giant.

Juno is also mapping out the planet's magnetic and gravity fields, which will give scientists a better idea of the planet's underlying structure and hopefully clue them into how the solar system might have been formed.

The probe is doing all this from an elliptical orbit around Jupiter, where it travels at more than 130,000 miles per hour.

Even from such a great height and speed, though, it's able to capture photos that I think you'll agree are nothing short of extraordinary.

That's thanks to its JunoCam.

The camera is a push-frame design, which means that as the spacecraft spins around in orbit, the camera captures an image each time it's facing the planet.

Each strip can then be stitched together to create the breathtaking photos you see throughout this article.

As the camera rotates, it collects photo strips in blue, green and red in one pass and near-infrared strips in the next pass.

When the final images are stitched together, the colors are lined up to create a seamless photo.

The camera has a Kodak imaging sensor, which can create color images at 1600x1200 pixels with a 58-degree field of view. 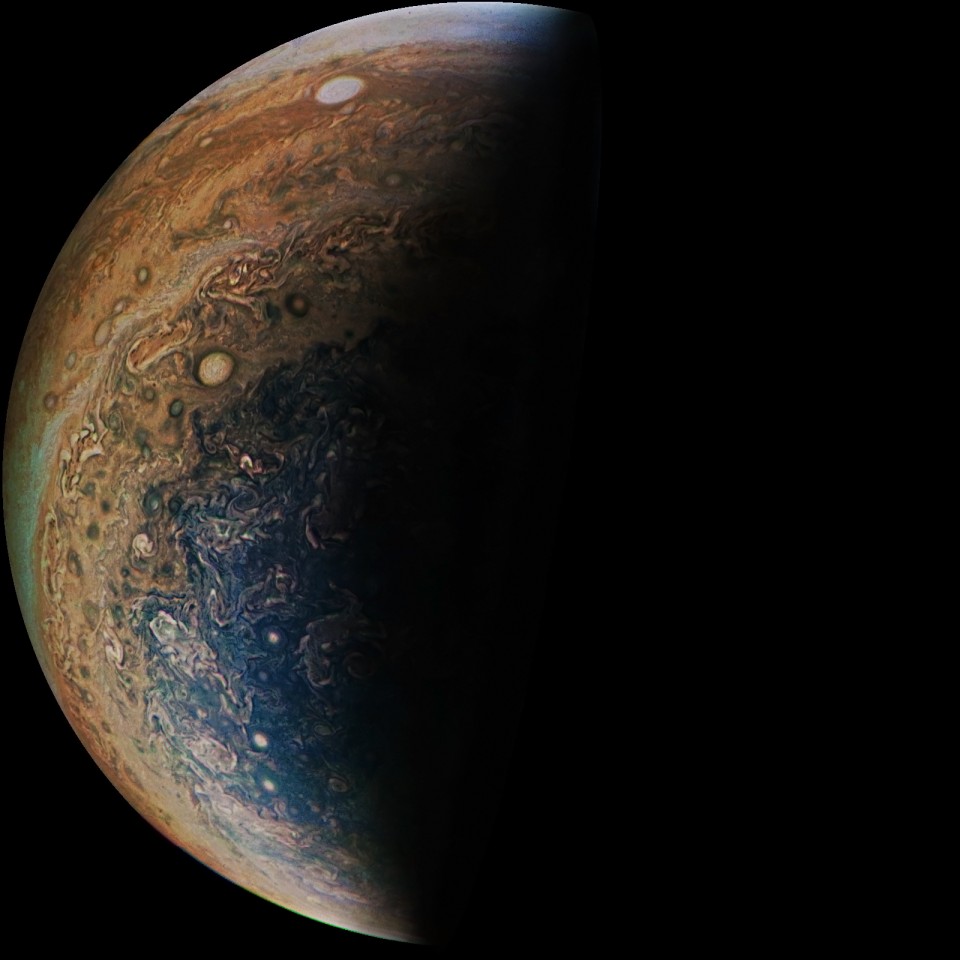 Whatever its specs, JunoCam is certainly doing a fantastic job of capturing the beauty of Jupiter's poles, clouds, and auroras.

I mean, these images aren't bad for a camera that's been catapulting through space for six years on a basketball court-sized probe.

But it's not all on JunoCam to create these impressive shots.

Instead, the RAW images sent back to earth by Juno are made available for the general public to process, turning the mostly gray, colorless original images into the eye-popping, full-color images you see here. 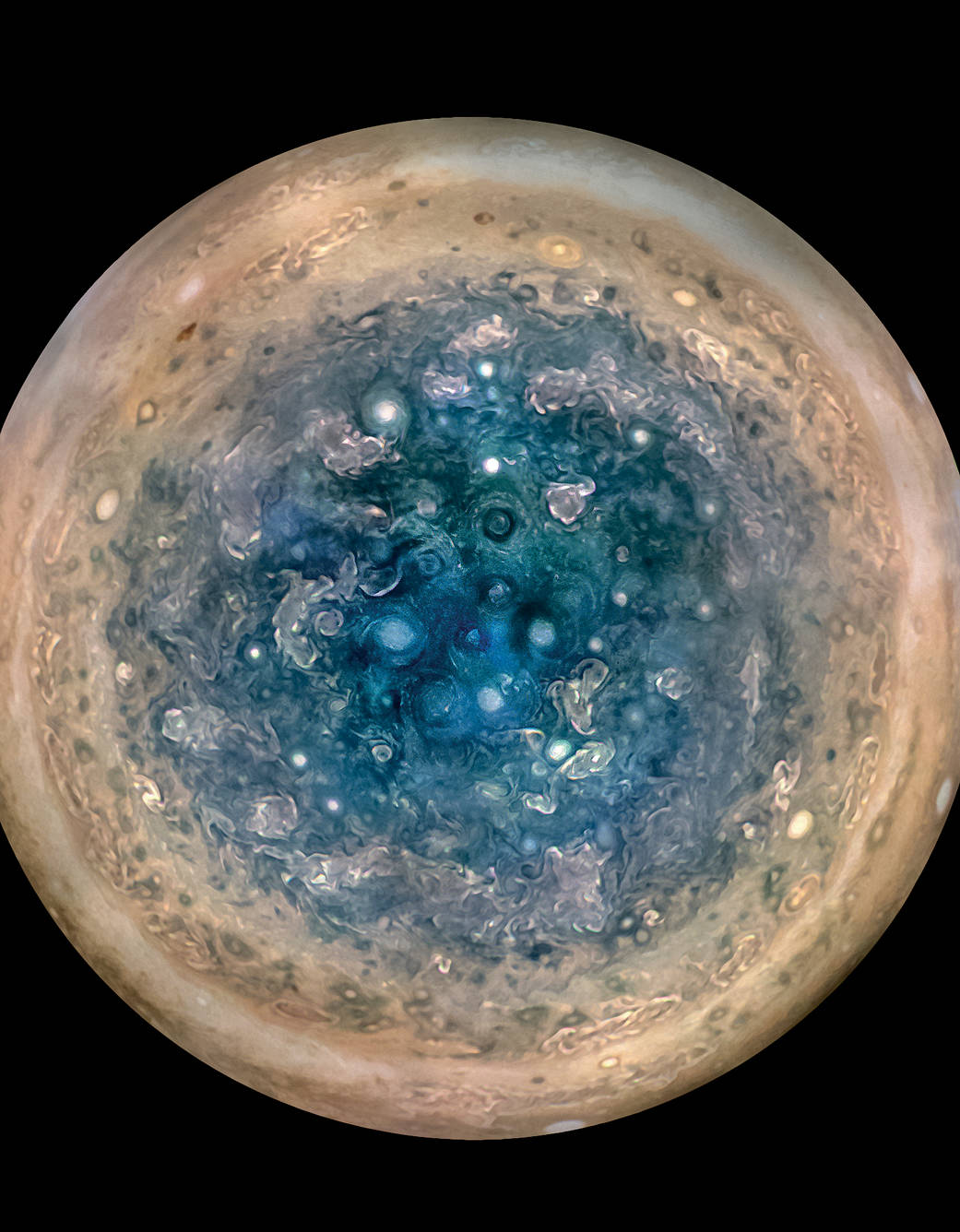 The detail of these images - particularly of Jupiter's cloud formations - is especially impressive.

They almost look like an impressionist painting, thanks to the likes of methane, water, sulfur, ammonia, and other chemicals and compounds that give the planet's clouds such interesting shapes, colors, and textures.

Juno just wrapped up its ninth fly-by of Jupiter.

It's currently scheduled to complete another three orbits of the planet before the probe is crashed into Jupiter sometime in July 2018.

Until then, we can all look forward to more astounding imagery from NASA's $1 billion probe and its high-powered JunoCam.

See more incredible photos and get more details about Juno's mission in the video above from Astrum. You can also visit the Juno image gallery here.

Via NASA and Southwest Research Institute