How Photography Recorded Milestones That Led to the Development of NASA 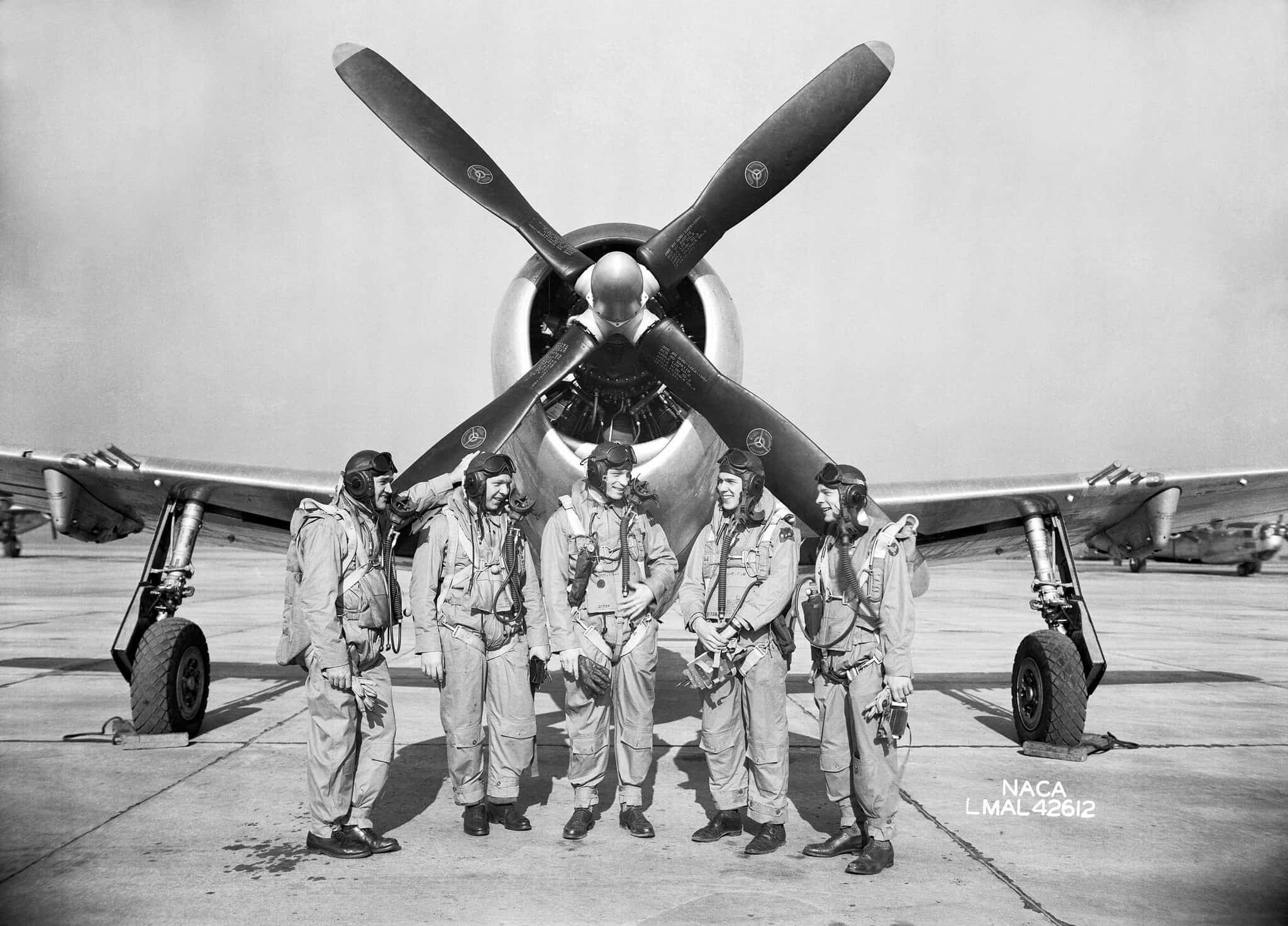 Way back on March 3, 1915, the National Advisory Committee for Aeronautics (NACA) was formed.

NACA had a charter to conduct scientific investigations into flight, in particular, examine problems and identify practical solutions presented to pilots in flight.

It began with a budget of just $5,000 and had only one employee.

Yet, eventually, NACA would become NASA in 1958 and propel the United States into space.

Believe it or not, photography had a key role in NACA's development into the nation's space agency. 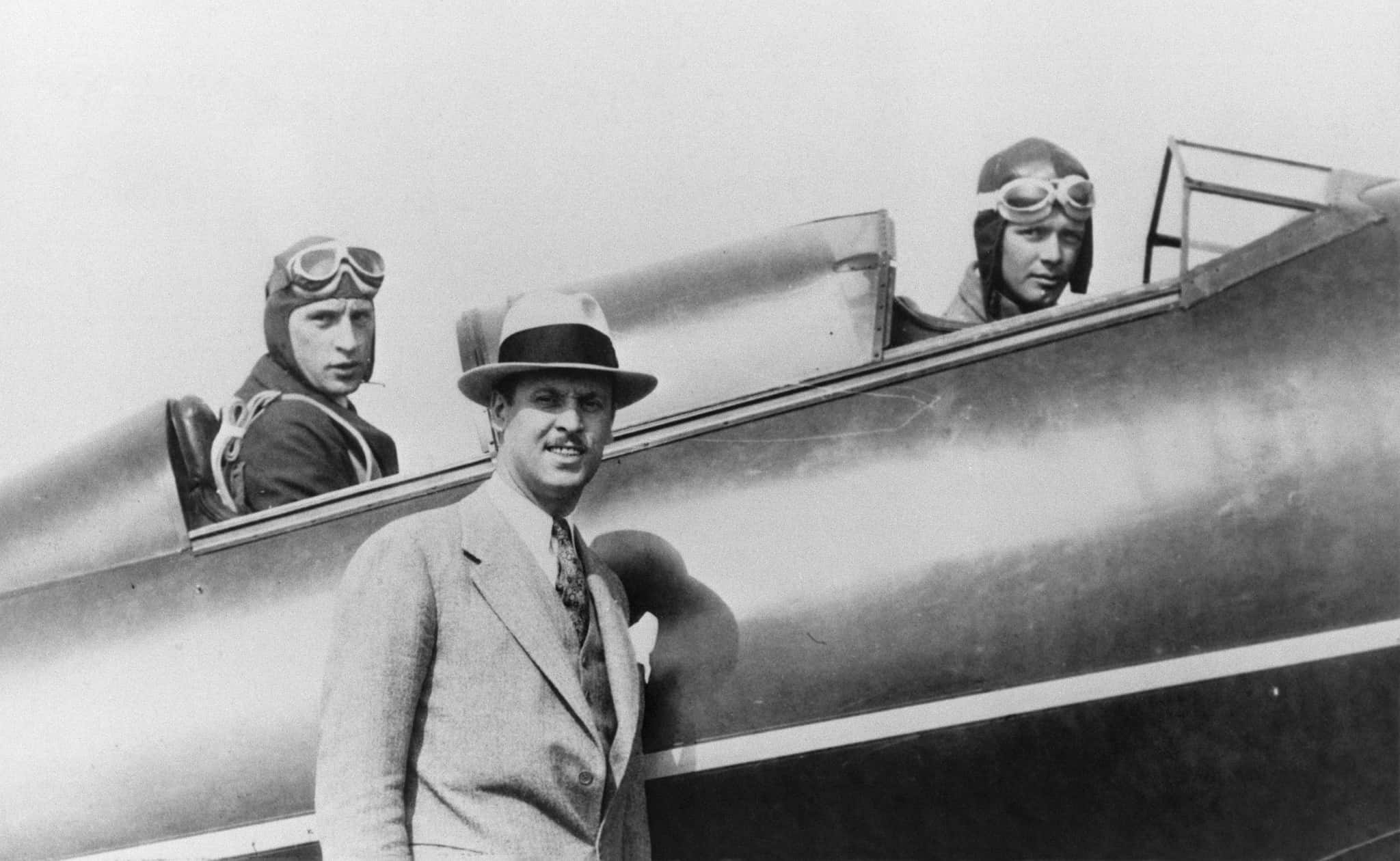 Weick, Lindbergh, and Hamilton (Public Domain) by NASA on the Commons

Initially, NACA wasn't chartered to conduct its own research, but in 1920, its first research facility, Langley Aeronautical Laboratory, was established.

Here, NACA's growing number of staff members oversaw a number of different test flights, including those that sought to improve the aerodynamics of aircraft.

In the image above, noted aviator Charles Lindbergh sits at the controls in the front cockpit after a test in NACA's propeller research tunnel.

As a result of NACA's work in these early days, the speed that aircraft could achieve and their range both greatly increased. 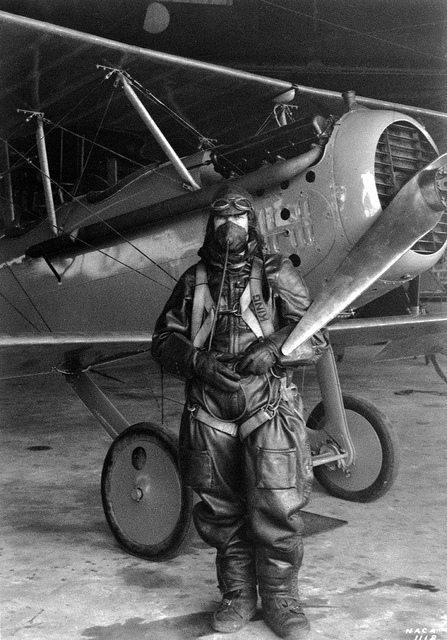 And there, right alongside the engineers and test pilots, were photographers to document every test.

Though the purpose of NACA wasn't to take great photos of their work, it certainly helped their cause.

Images like the one above, of its test pilot Paul King in 1925, helped pique the interest of an already interested public in the processes of flight. 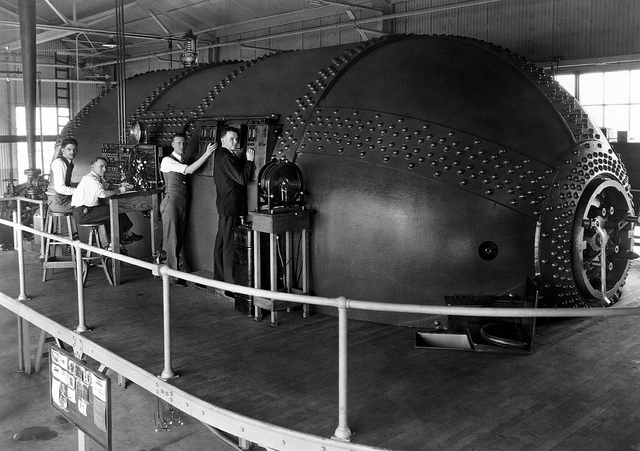 As the world catapulted into war in the late 1930s, NACA's mission became even more important as the United States sought to develop new aircraft that were faster, more agile, and more capable machines.

As the technologies NACA developed - like using wind-tunnel testing to develop airfoil shapes for wings and propellers - it became increasingly important to document these advancements.

Not only did the photographs and video taken of their tests prove instrumental in assessing the success or failure of their designs, but it also provided a visual record of the achievements that NACA is responsible for in the evolution of flight. 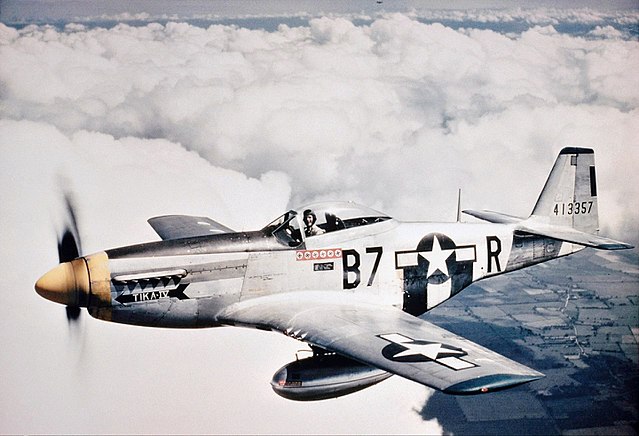 In fact, the simpler aircraft design that resulted from NACA's new airfoil shapes changed the way aircraft were made.

One of the most famous planes of all time, the P-51 Mustang (shown above), utilized NACA's airfoils, which improved the plane's performance. Unsurprisingly, the P-51 helped the Allies win the air war during World War II.

After the war, NACA's attention shifted to making innovations that would allow for supersonic flight.

That included working with Bell Aircraft and the United States Air Force to design the first supersonic plane. 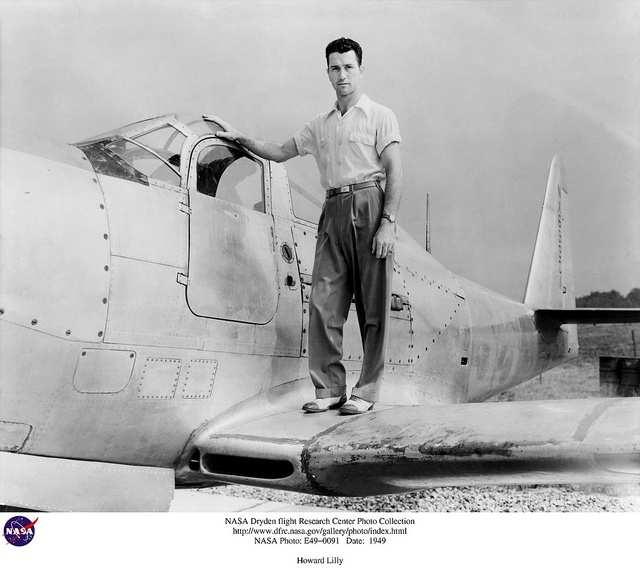 Again, photographers were there for every step, noting the changes that NACA's research was bringing to the still-young field of aviation.

The photos taken during this time captured the imagination of the public and led to a growing fascination with flight.

Combined with NACA's policy that its research findings be widely published to allow others in the aviation community to learn from their testing, these images proved to be a vital component of the advancement of aviation.

One of its primary pilots, Howard Lilly (shown above) flew both the XS-1 rocket research aircraft and the D-558-1 jet-powered research plane. 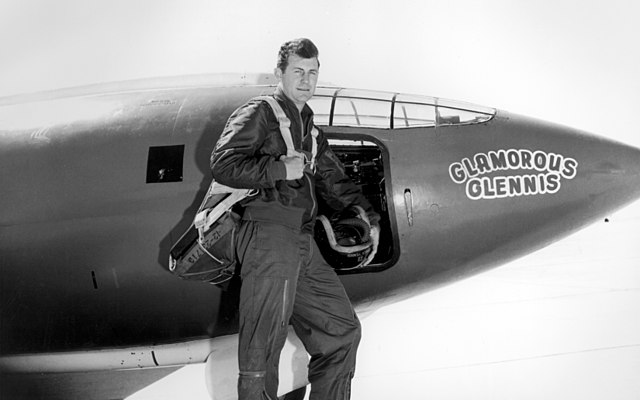 But photos of this era also proved to be haunting. 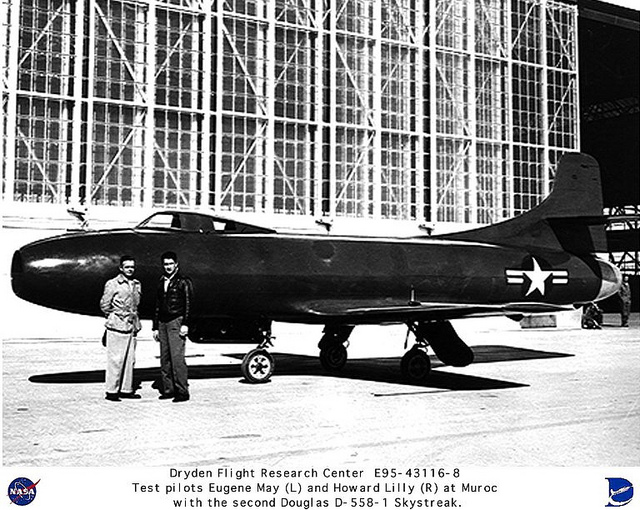 This image of Howard Lilly (at right) in front of the Douglas D-558-1 Skystreak is one of the last images of Lilly taken with the plane.

The plane crashed on May 3, 1948, shortly after takeoff. The accident occurred because the plane's engine compressor disintegrated, sending metal fragments outward, which severed the plane's control lines.

Lilly was the first NACA research pilot killed in flight, and unfortunately, wasn't the last. 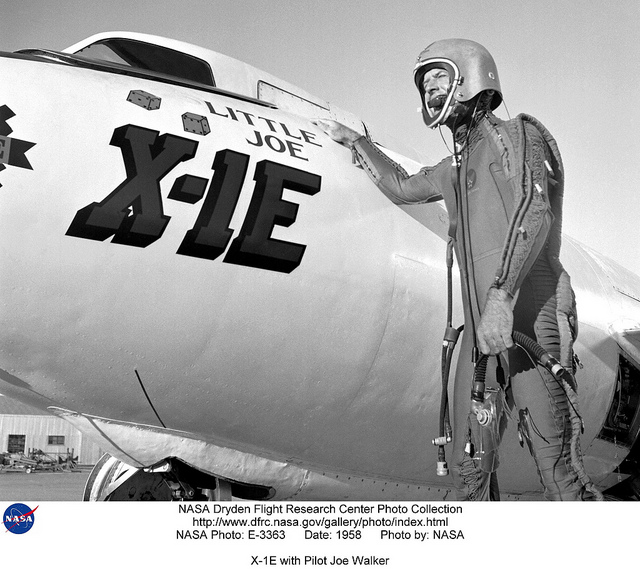 Little Joe (Public Domain) by NASA on the Commons

With the Cold War in full swing, much more time was devoted by its researchers to missile technology to keep pace with the advancements made by scientists in the U.S.S.R.

But the 1950s was also the period in which NACA began to turn its attention to space, including the possibility of sending manned vehicles beyond Earth's atmosphere.

That included preliminary plans for a spacecraft with a heat shield to protect it during reentry, which would become part of NASA's space program later on. It also included the development and testing of pressure suits, like the one shown in the image above. 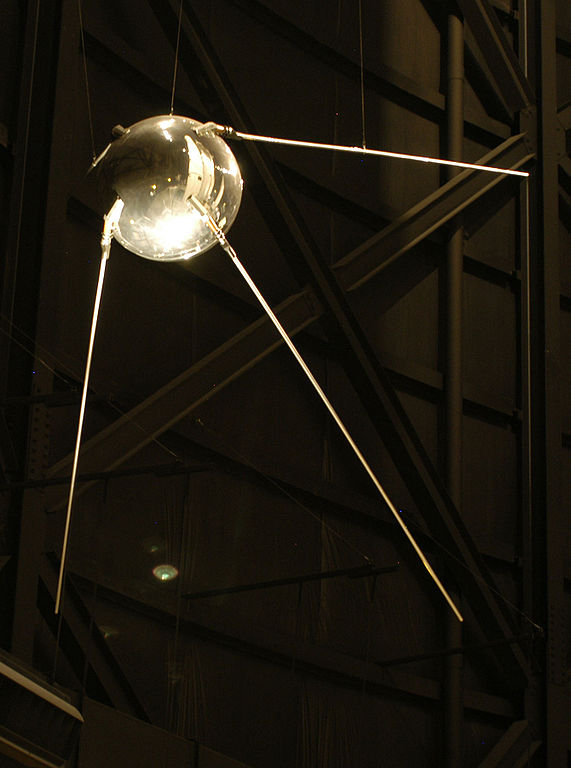 The forethought of NACA's engineers proved to be fruitful, because the development of NASA in 1958 - in response to the Soviet launch of Sputnik in 1957 - meant that the mission would forever change to focus on the world beyond our own.

The new agency began operations on October 1, 1958, with a focus on programs for the creation of satellites, robotic space programs, and aeronautical research.

NACA's facilities were incorporated into NASA, and its high-level personnel were among the first administrators of NASA. 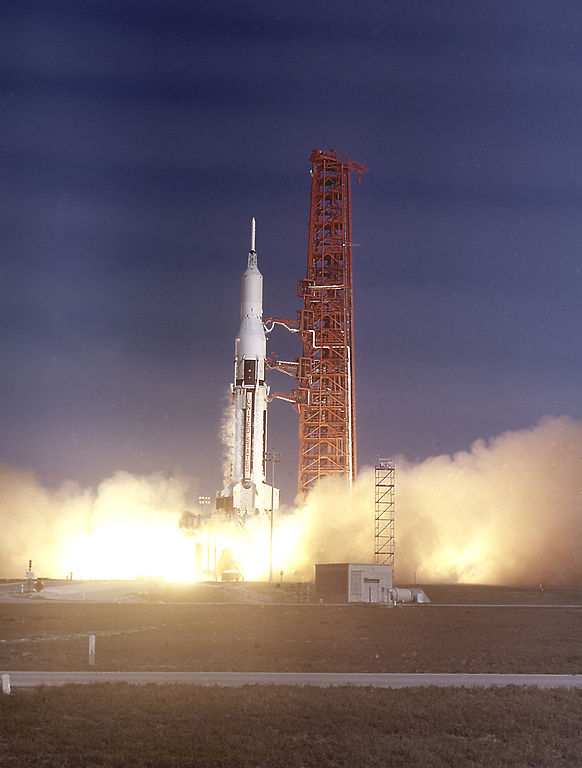 Though it was only in existence from 1915 to 1958, NACA was a driving force behind the advancement of aeronautics in the U.S.

In a very real way, NACA turned the cloth-covered bi-planes of the early 1900s into the predecessors of today's jet-powered aircraft, not to mention space flight and rocket launches, like the Saturn Rockets used in the 1960s and 1970s, shown above.

The advancement of aircraft and aircraft safety turned the U.S. into an aviation superpower, helped win World War II, and made commercial air travel a possibility.

And while those accomplishments cannot be understated, neither can the role of photography in making those achievements widely known. 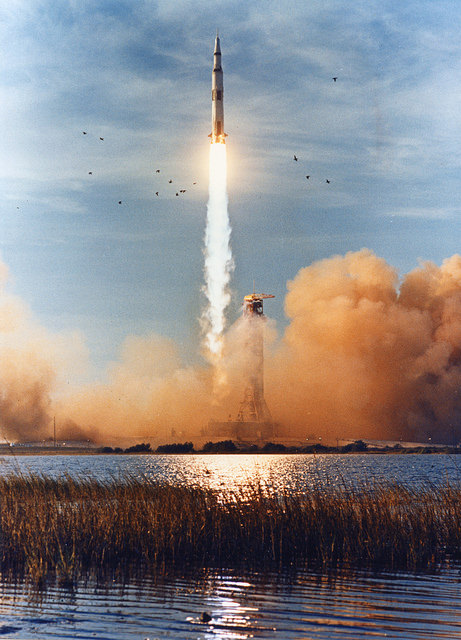 Without photos like those seen in this article, the acceptance of aviation as a safe form of travel would have no doubt been significantly delayed.

Besides, these images brought up a groundswell of support for aviation research and gave Americans a strong sense of pride and patriotism during tough times - the Depression, World War II, and the Cold War, to name a few.

Just like photography today can trigger a feeling or emotion and change the course of history, these historical images helped create the foundation upon which NASA was built, and helped propel us into space.