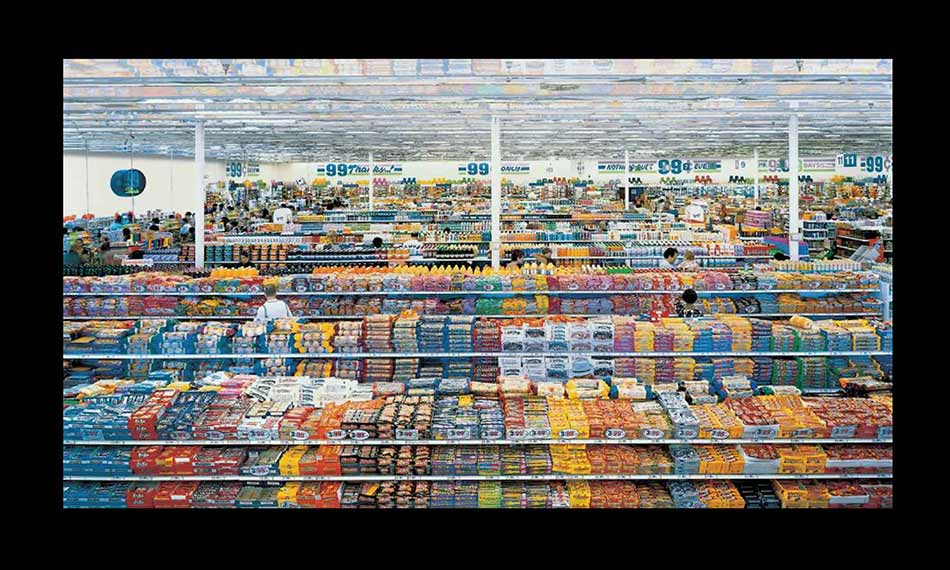 Photo by Andreas Gursky. Used here as Fair Use under Section 107 of the U.S. Copyright Act.

The photo you see above, titled 99 Cent II Diptychon for obvious reasons, is one of the most expensive photographs sold in modern times.

Back in 2006, it sold for a whopping $2.3 million at auction, a sum that seems ironic given that the image is of items for sale in a 99 store.

But a closer examination and critique of this photo reveals why someone might have paid such a tremendous amount of money for it.

For starters, it offers a unique perspective of the store - from an elevated position - something that the photographer, Andreas Gursky, has employed many times in his photos over the years.

As any photography tutorial will tell you, altering the perspective from which you shoot makes the image you create more unique; Gursky has perfected that approach, which you can see in the video below, highlighting one of his shows at the Louisiana Museum of Modern Art in Denmark back in 2012:

By taking the photo from a higher-than-normal point-of-view, Gursky affords us a better look at the rows upon rows of stuff.

That, in turn, allows the image to have a repetitiveness about it that's oddly comforting, despite the fact that there are probably tens of thousands of items in the shot.

Additionally, by looking out over the sea of .99 cent items from an elevated position, Gursky was able to incorporate an incredible amount of color, patterns, and textures.

Taken as a whole, the view we have of those features is almost reminiscent of an impressionist painting, our eyes being allowed to make sense of the scene in whatever way they feel.

It's hard not to appreciate the subject matter, too.

Gursky often photographs everyday, mundane scenes, but because his techniques are so masterful, he seems to be able to create fine art out of just about anything.

There aren't many people that would walk into a 99 Cent store in Los Angeles and think to photograph it. But Gursky's creative eye certainly made it work. 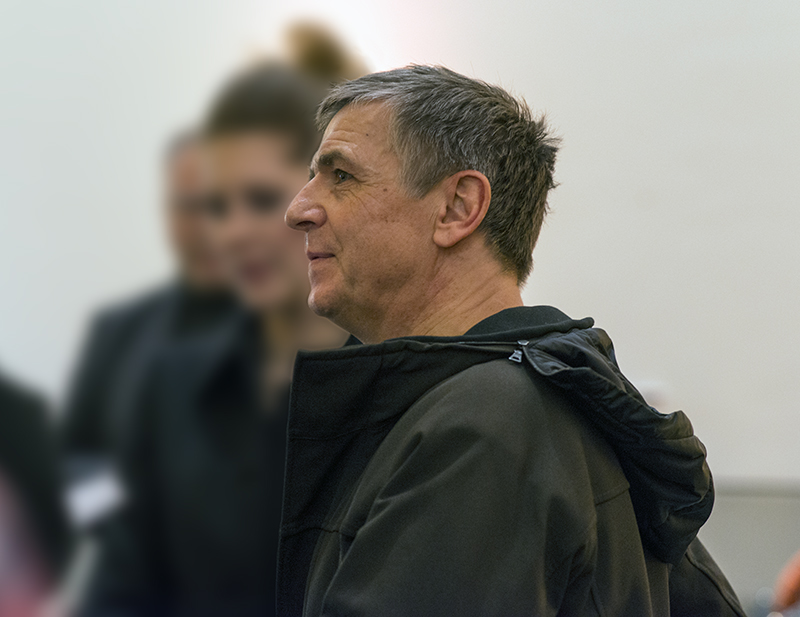 After moving to West Germany with his family in 1957, he began his studies in art and architecture, including learning about photography under the tutelage of Hilla and Bernd Becher who are best known for their methodical approach to creating photos of subjects like architecture and industrial machinery.

Gursky's work shows a similar systematic approach to photography. In looking at his 99 Cent photo, there's incredible structure to it with strong horizontal and vertical lines that are framed such that they are perfectly parallel to the sides of the photograph.

What's more, you can see how precise the framing is, given that the image is so perfectly symmetrical. Notice how the vertical columns, in particular, fan out from the center in a mirrorlike fashion to the left and right.

Another hallmark of Gursky's work is digital manipulation.

Naturally, in today's day and age, just about everyone manipulates their images in post-processing to enhance their work. In this case, Gursky manipulated the colors of the image to make them pop and created a reflection of the store's items on the ceiling.

But Gursky also uses digital techniques to create large-scale prints. The 99 Cent image, for example, is actually a single large photo that's been stitched together from multiple smaller photos.

Doing so allowed Gursky to create something with an enormous sense of scale that makes the photo seem vast, as though the rows crammed with stuff extend on and on forever.

The fact that the shoppers in the store look like anonymous heads lost in a sea of merchandise help give the image an even greater sense of space and volume.

If you haven't explored Gursky's work before, it's certainly worth your time. Not only are his images incredibly impressive, but they also tend to sell for enormous sums of money.

The German architect and photographer has photographed everyday scenes around the world and done so to perfection. His approach to this craft has helped make modern photography a true artform, right alongside sculpting, painting, and other classic forms of artistic expression.

In the video above, Alex Branczik and Olivia Thornton of Sotheby's offer their evaluation of one of Gursky's most famous works, Paris Montparnasse.

You can explore Gursky's work by visiting his website.

Via TIME, Encyclopedia Britannica, the Museum of Modern Art, and Wikipedia.