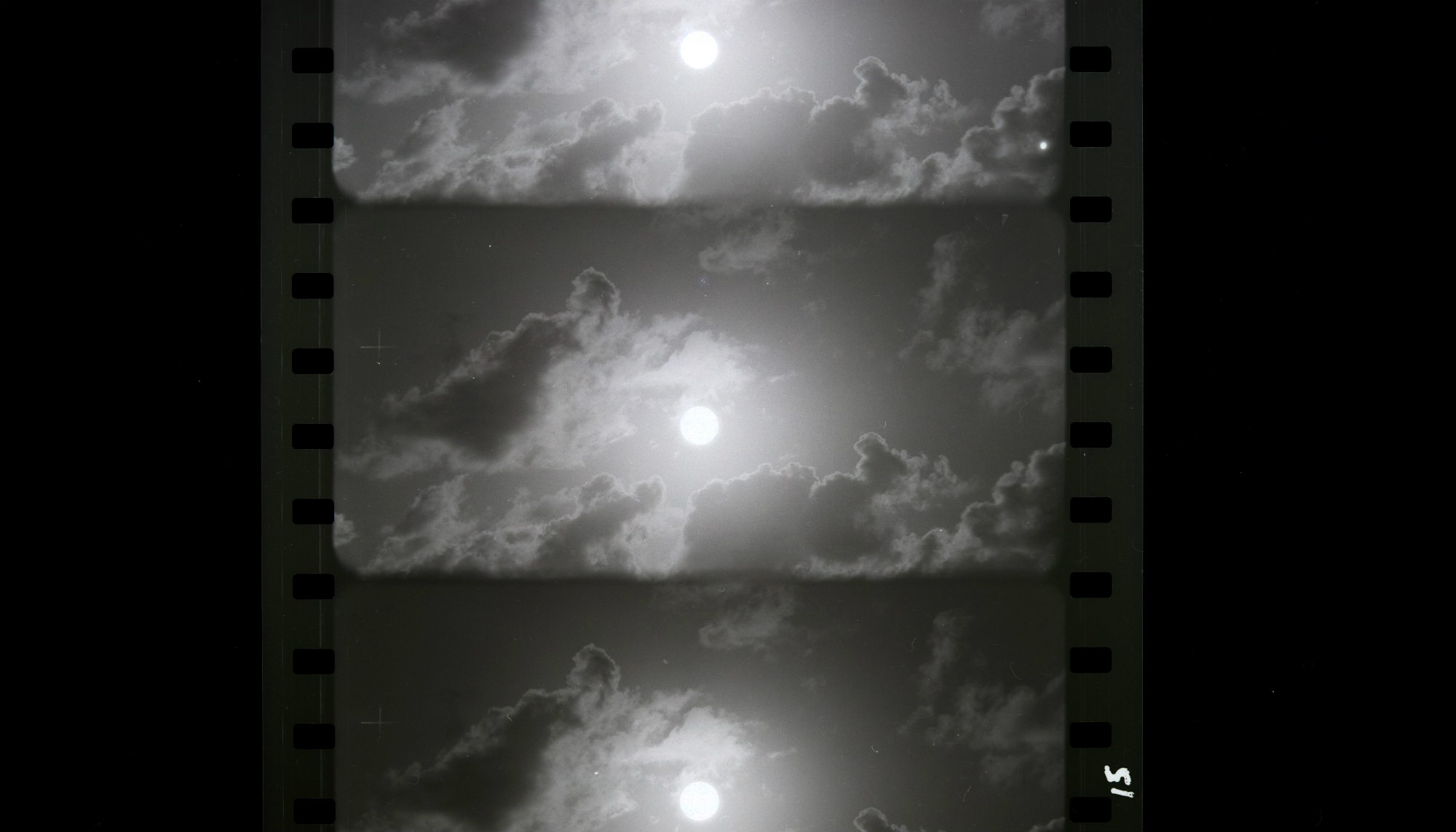 Though this looks like a photo of the sun peeking through the clouds, it's actually a restored frame from a film taken of a high-altitude nuclear detonation. Image Credits: Lawrence Livermore National Laboratory.

I think we all know how devastating nuclear weapons are, having at some point seen photos and images of nuclear testing and the aftermath of the bombs being dropped on Hiroshima and Nagasaki.

But now we have even more proof of the savagery of nuclear blasts now that the Lawrence Livermore National Laboratory (LLNL) has released dozens of declassified videos of atmospheric nuclear tests.

Never before seen by the public, these videos have been restored, scanned, and put on YouTube for viewing.

In all, researchers at LLNL estimate there are more than 10,000 films that document the more than 200 atmospheric nuclear tests conducted by the United States between 1945 and 1962.

Naturally, after such a long period of time, the original films have begun to deteriorate, so the goal of the LLNL team is to preserve them to ensure that they are part of the historical record for future generations to see.

Additionally, the LLNL wants to collect more accurate data regarding the U.S. nuclear stockpile to make sure that those responsible for maintaining the safety, security, and effectiveness of the nation's nuclear weapons can do so more thoroughly.

Part of the reason why these videos are being analyzed and released is so that scientists can determine how effective nuclear blasts will be without having to resume actual testing.

That means relying on old videos and the calculations of the effects of nuclear blasts that were done by scientists in the 1940s, 1950s, and 1960s.

By analyzing all these films, modern-day scientists can validate the calculations - or in some cases find inconsistencies and make new calculations - such that the U.S. nuclear arsenal remains viable in the future.

Of course, the videos taken of tests done decades ago show just how extreme a nuclear explosion is.

Each of the 210 detonations the U.S. conducted was recorded by at least 50 cameras positioned at various points around the blast site.

The cameras varied in their functionality, from high-speed rigs that could capture hundreds of frames within mere seconds to slow-motion cameras that took just one or two frames every minute.

Together, the different types of films offer a detailed picture of the blast, the fireball, and the mushroom cloud that followed.

But as noted above, many of the films have deteriorated over time, so they must be preserved.

That starts with a thorough cleaning before the films are scanned into a highly customized film scanner.

Since many of the films are in black and white, the scanner can capture most of the detail in just one pass. However, the LLNL scientists scan each film two times, once to get the detail in the shaded areas of the frames and again to capture the brighter areas.

But again, the purpose of preserving these films isn't just for posterity; instead, the team needs to analyze the films to better understand how much energy was released in each test.

As they watch the videos, scientists take various measurements, each of which is correlated to a test yield.

In some cases, a single film might offer scientists four or five different ways to calculate the yield. In others, it might just be one or two.

However, the important part is that if there's agreement between the different measurements, then the researchers have numbers that they know are accurate.

For you and I, though, these films are more likely to be fascinating and beautiful, on the one hand, and terrifying on the other.

Either way, being able to watch previously classified videos of these nuclear tests is a reminder of the savagery of these weapons, and the importance of photos and videos in not just documenting events like these, but also in providing crucial data to scientists as well.