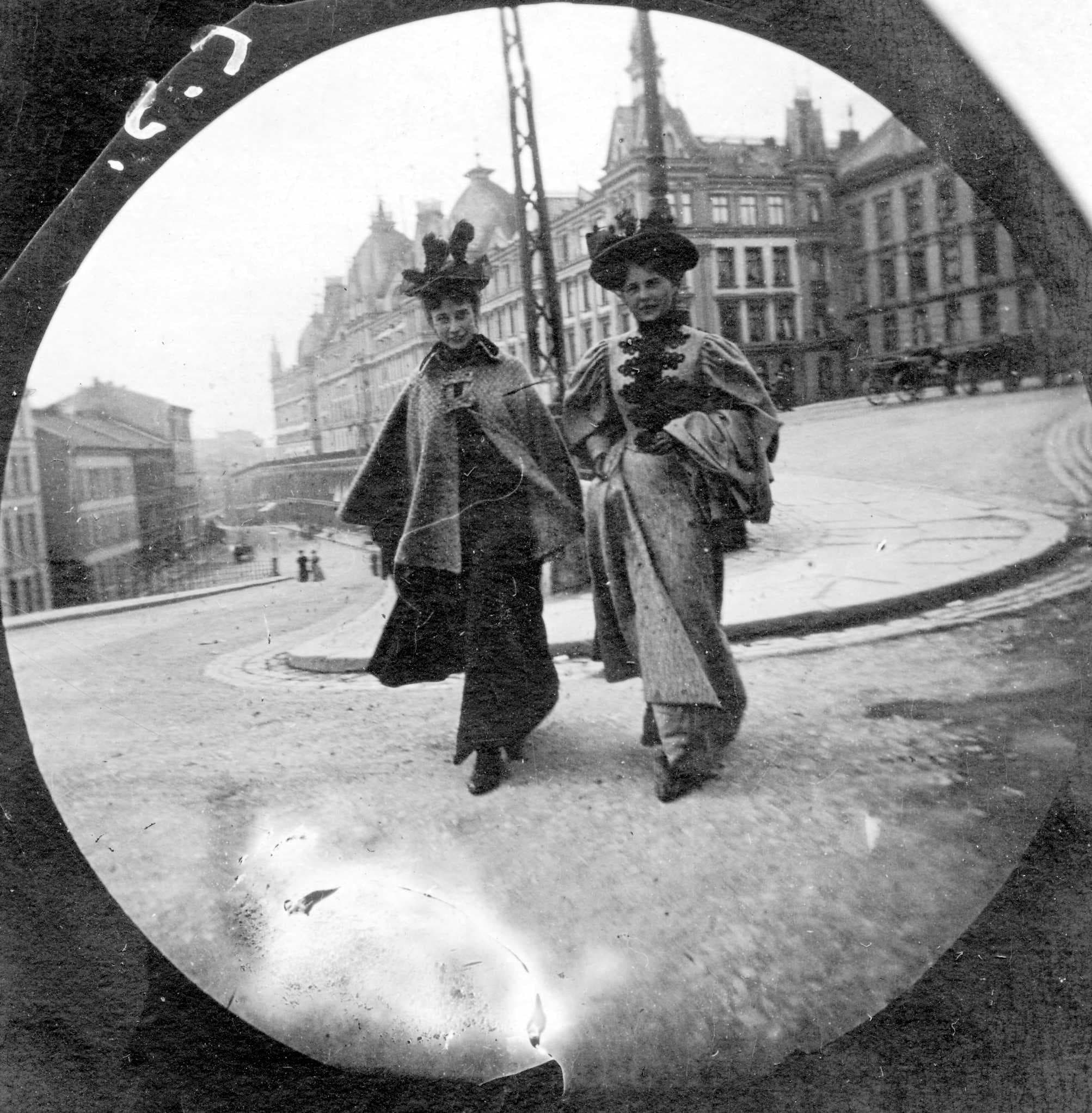 Today, anyone with a mobile phone can take photos of other people unbeknownst to them.

The technology of the day certainly wasn't ideal for impromptu images of people.

In fact, in looking at the portraits of the time, you see highly posed and formal images with each subject carefully positioned in the frame. 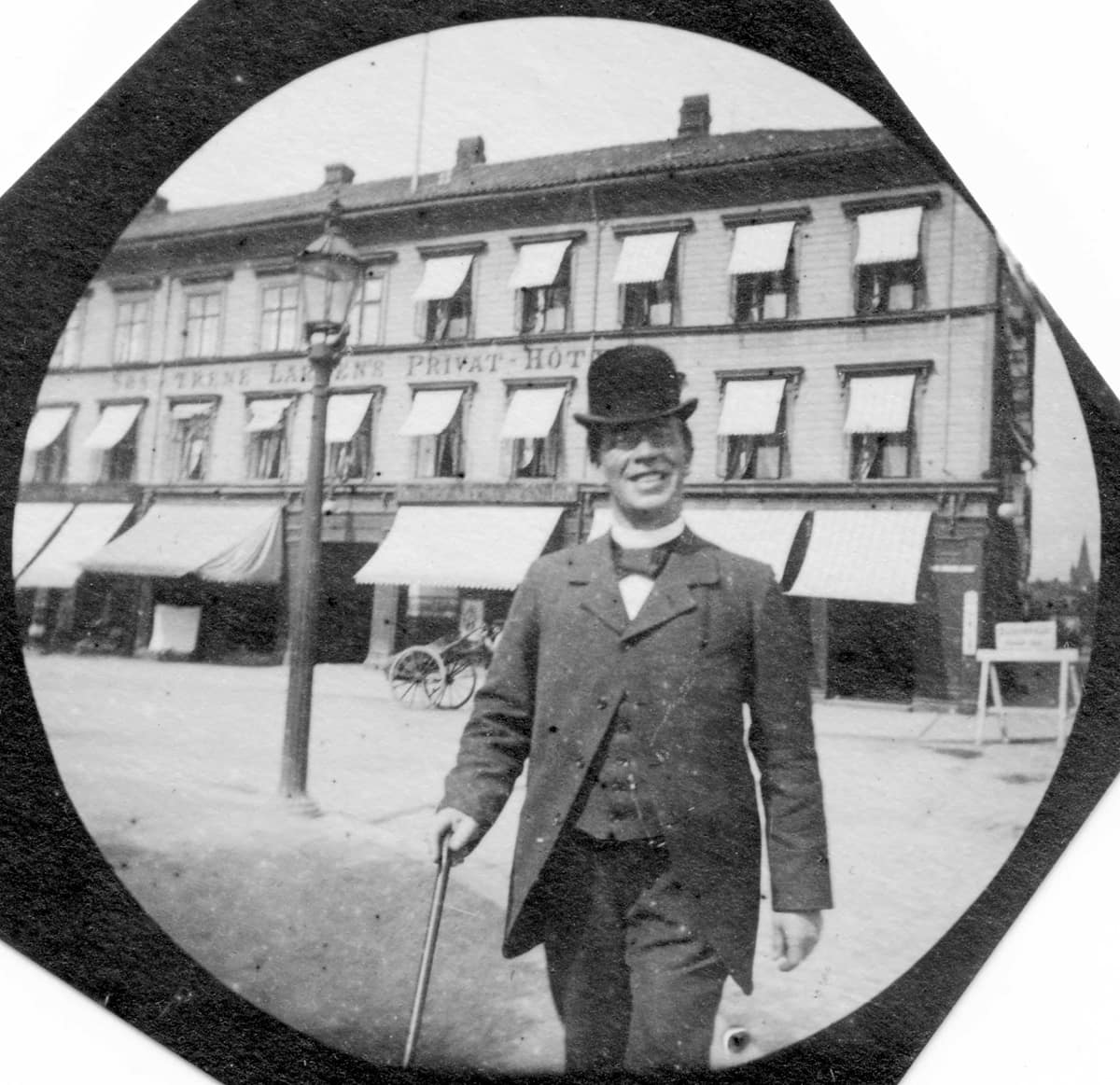 However, in 1893, 19-year-old university student Carl Størmer found a camera that would allow him to take quick photos of unsuspecting people on the streets of Oslo, Norway.

The camera, a C.P. Stirn Concealed Vest Spy Camera, had a lens that protruded through the buttonhole of his vest, and behind his vest was a round, flat canister that contained the film. 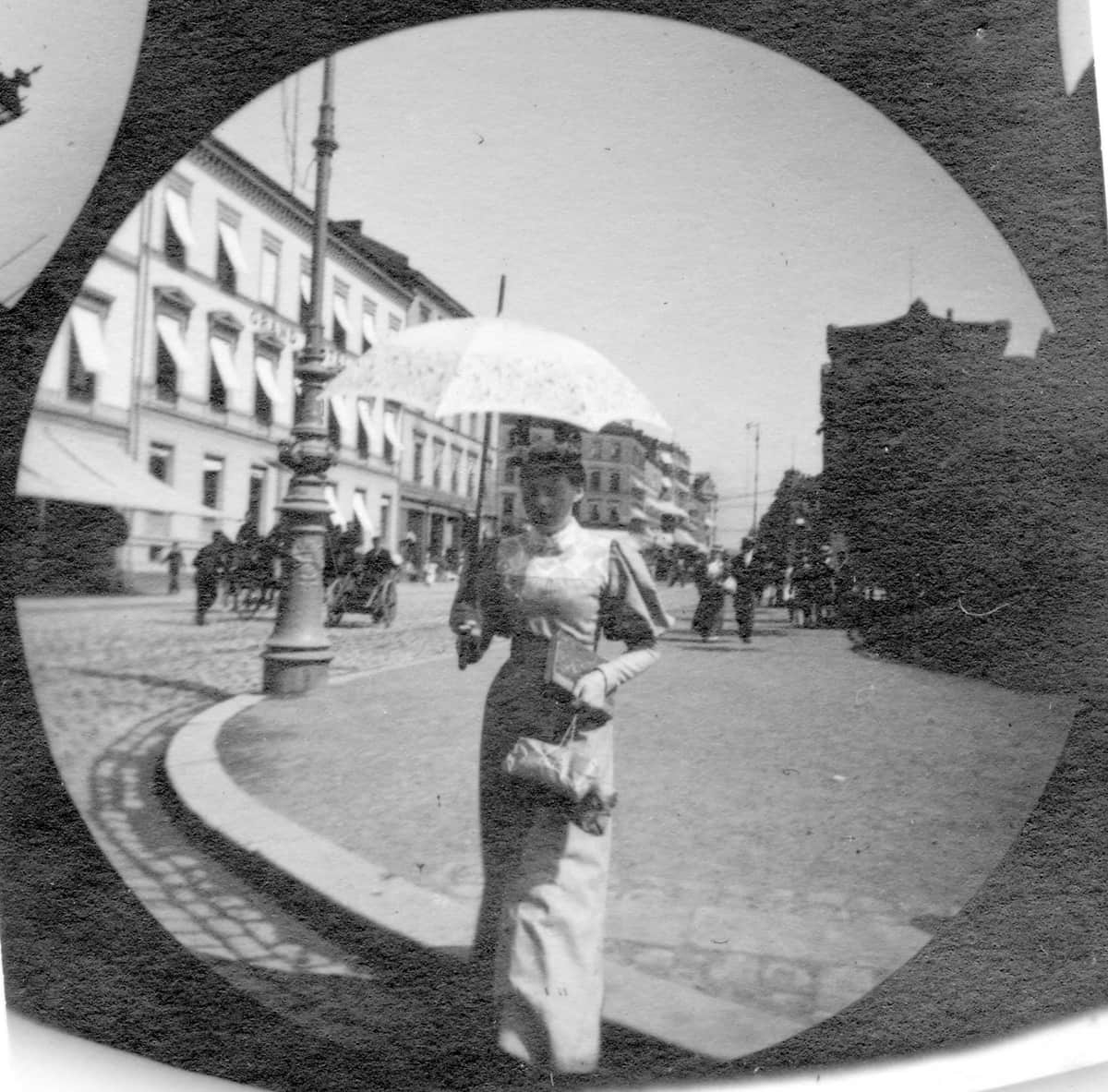 To activate the shutter, Størmer pulled a string that led down through a hole in his pants pocket, thus allowing him to take his candid photos like the ones above and below without his subjects knowing they were being photographed.

So, six frames at a time, Størmer took his photos on the street, amassing about 500 spy images in all. 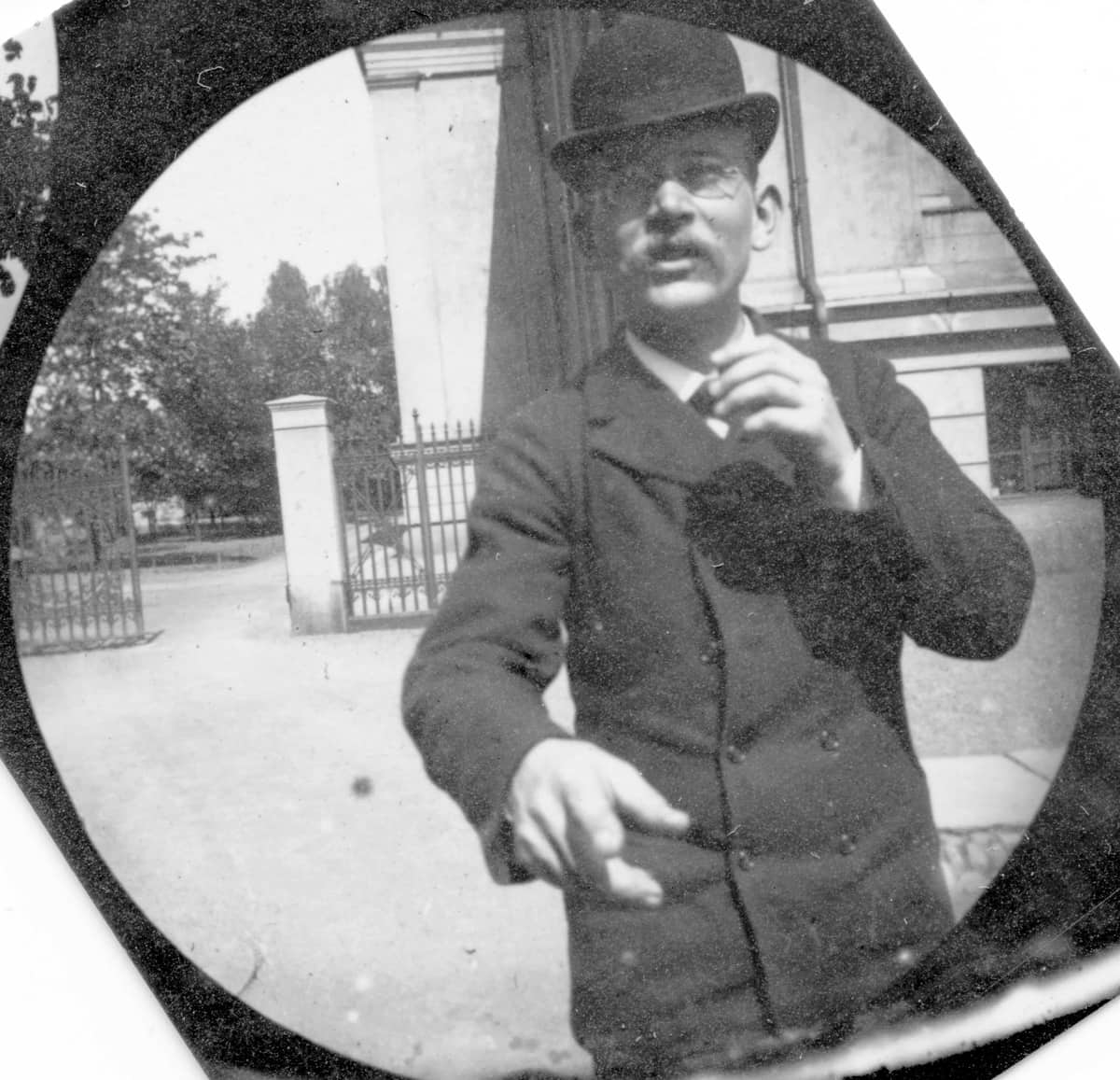 Curiously, it wasn't a love of photography that got Størmer involved in such an unusual hobby for the late 19th Century.

Instead, he purchased the spy camera with the intention of getting a photo of his crush since he was too bashful to approach her and talk to her. 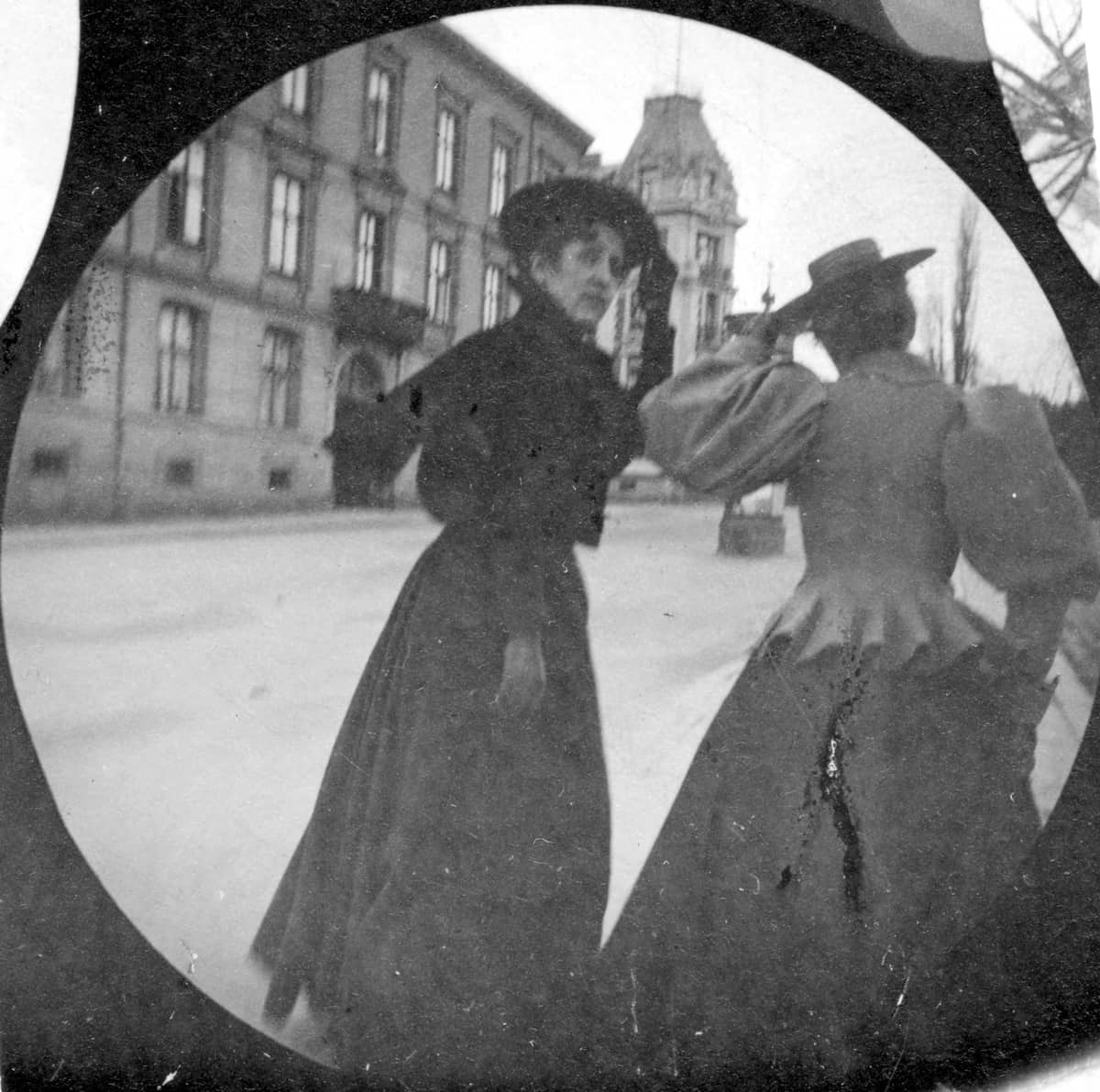 Sadly for Størmer, his crush never materialized into a romance.

But he used the investment in his spy cam to continue taking candid photos of people on the street over the course of his studies in Oslo, from 1893-1897. 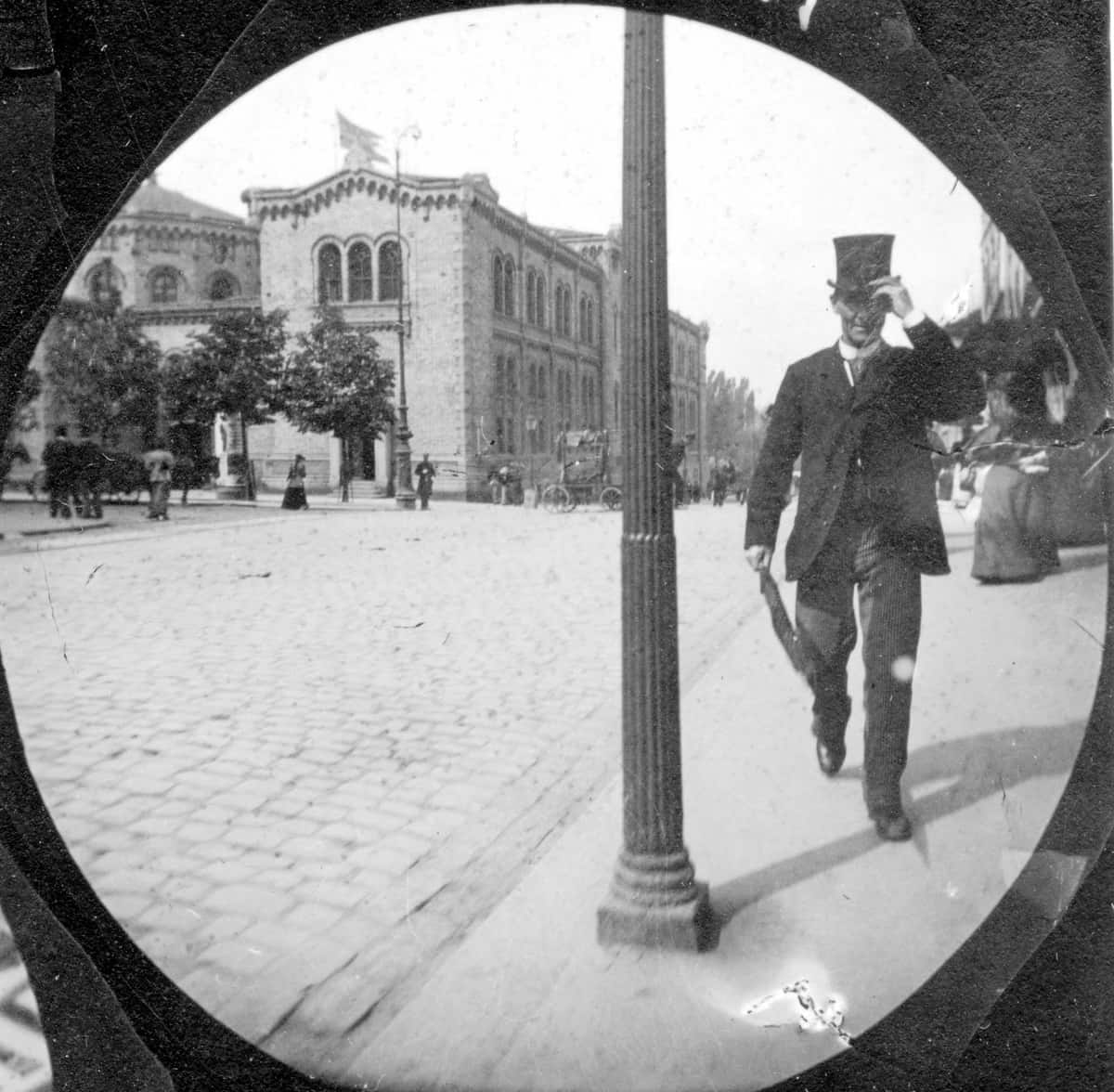 As noted above, his street images of passersby show a completely different take on life in the 1890s than the more traditional, formal portraits of the day.

That's due in part to the fact that Størmer "worked" his subjects as they approached. 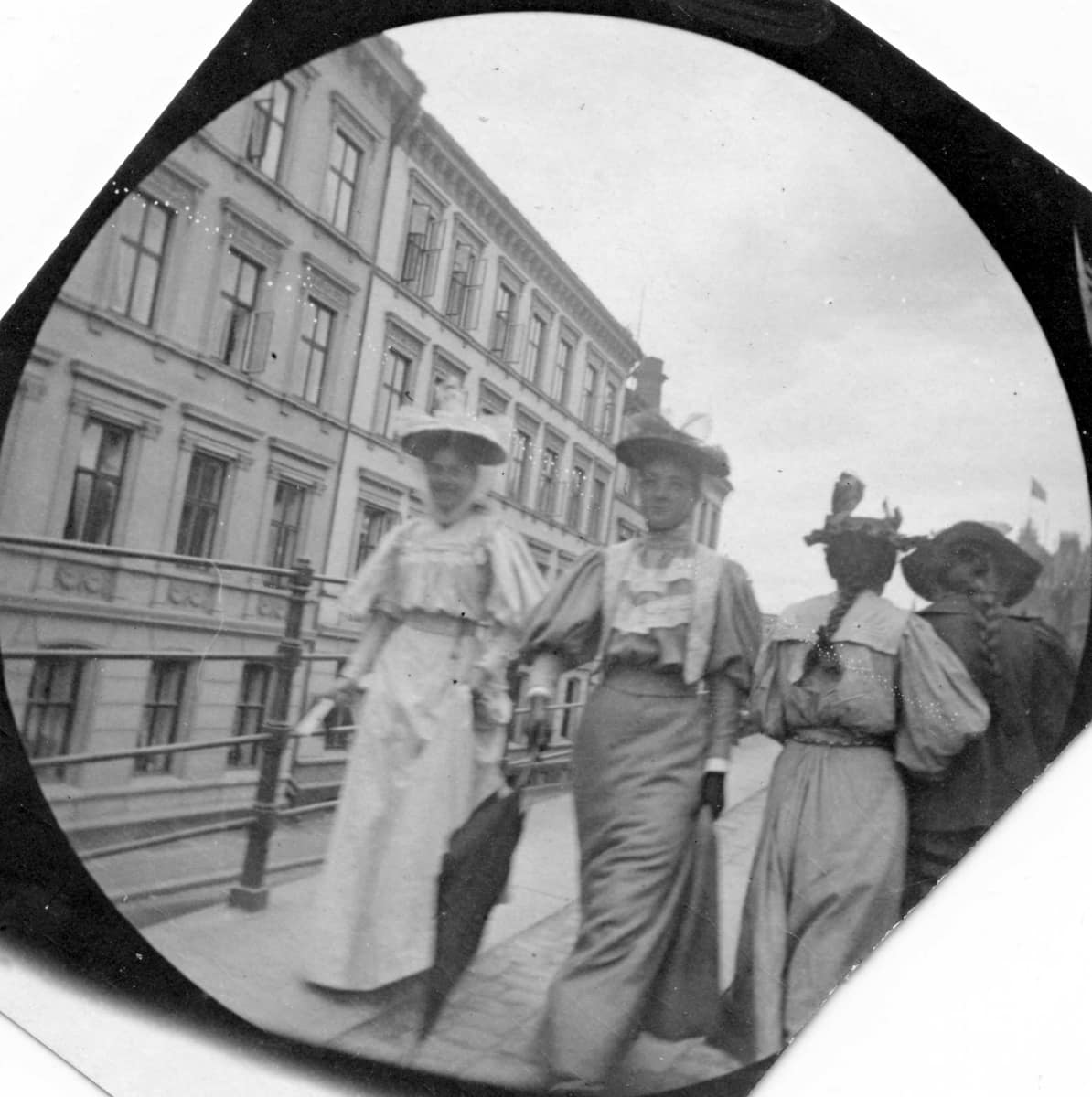 Sort of like modern-day paparazzi, he would smile, wave, and otherwise greet his subjects, that way he could capture their response.

As you can see in these images, it appears as though his friendly ovations worked - each shot shows a person that seems friendly and open to greeting the young man. 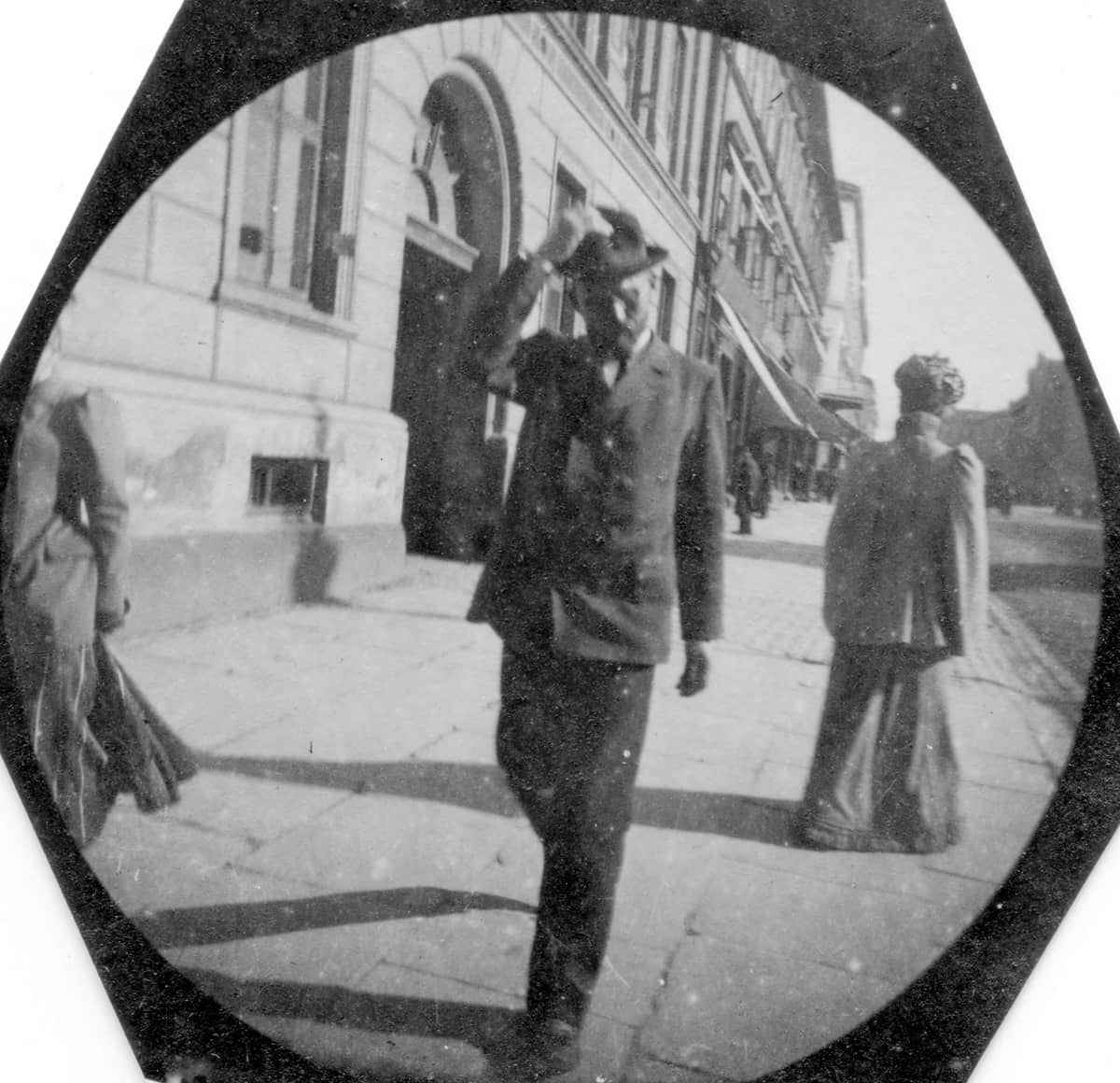 Though Størmer was never a professional photographer, his exploits in 1890s Oslo laid the foundation for what would become street photography.

His approach in photographing his subjects - with a spy cam on the sly - is perhaps not something one should do today, but the notion of working to capture what people look like in their natural, daily grind is certainly something that today's street photographers still seek to accomplish in their photos. 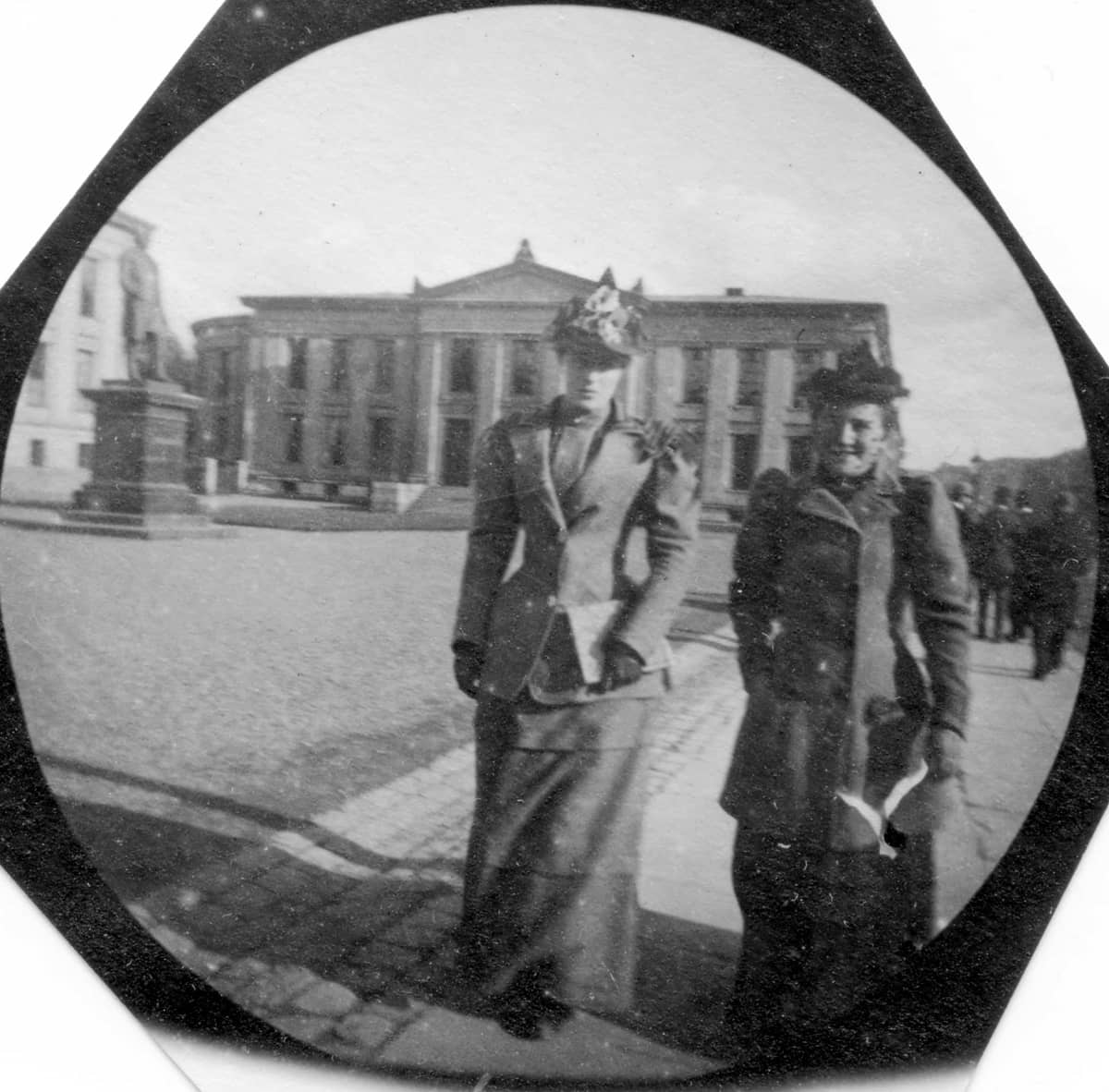 Størmer actually went on to become a renowned mathematician and physicist, and taught at the University of Oslo for more than 40 years.

He also managed to find the time to write a short text on astrophotography, and even put some of his street photos on exhibition as an older man. 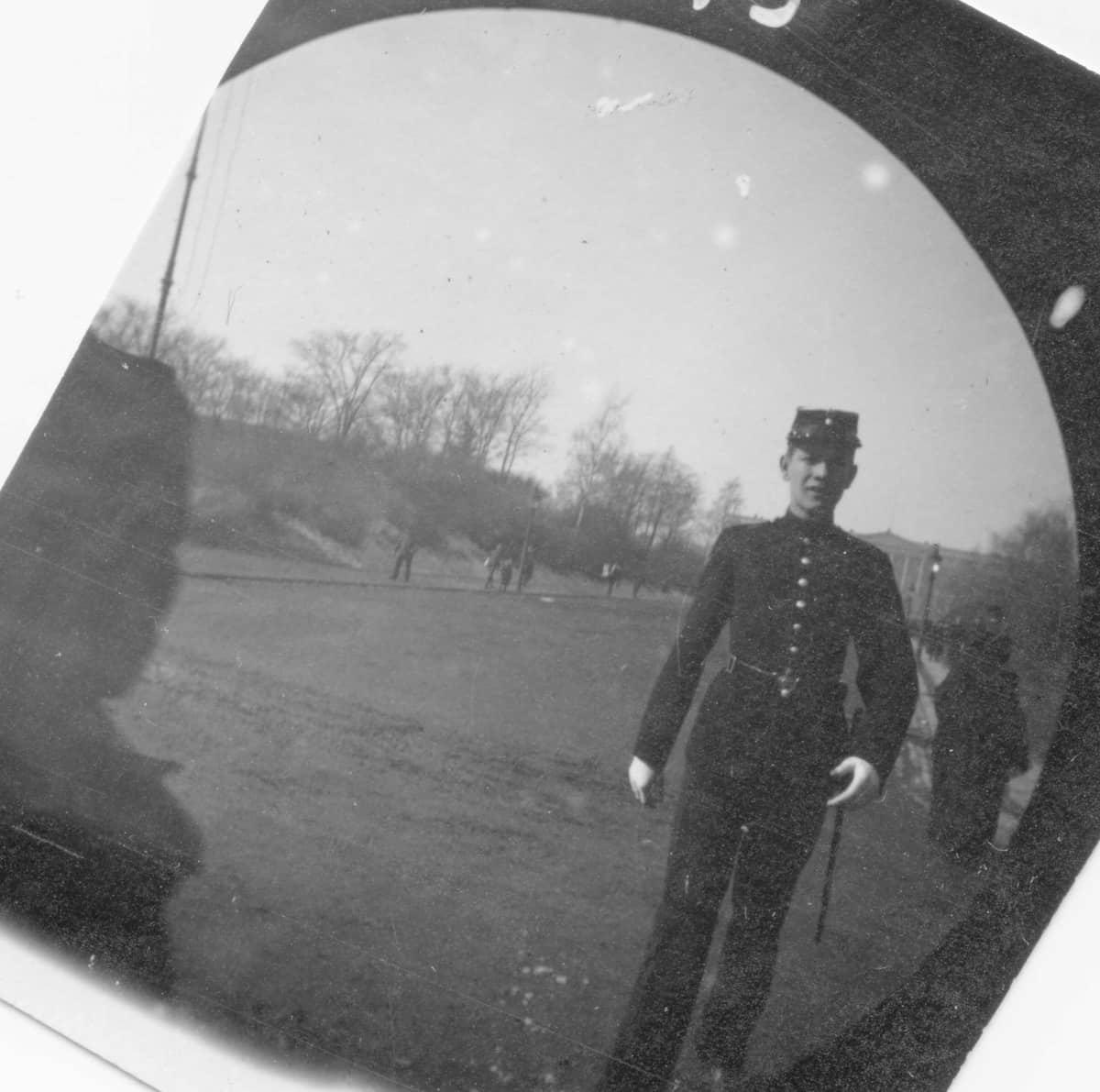 In looking at his images, though, you can see the simple power of photography.

Although he set out to photograph his crush, what he ended up doing is influencing the manner in which candid photos were taken.

Via Bored Panda, the Royal Society, and Wikipedia