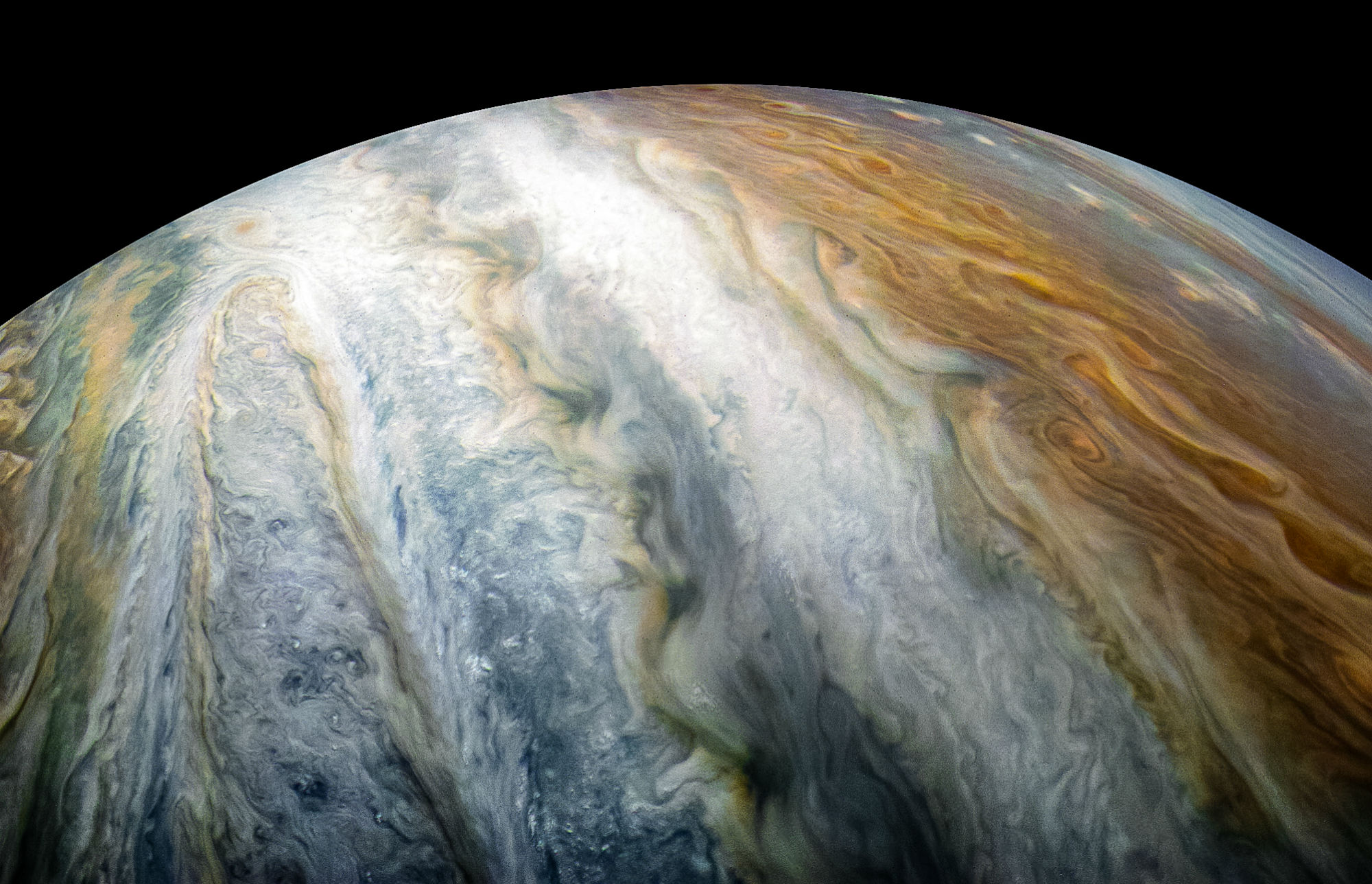 NASA's Juno spacecraft has been taking epic photos of Jupiter for a couple of years now, and it seems like every time I turn around, NASA publishes a new photo that's even more breathtaking than the last.

This one is no exception...

Taken on December 16, 2017, and shared with the world on January 13, 2018, the image shows the violent storms on Jupiter in stunning detail.

Usually, Juno swoops in for close-ups of the gas giant, as seen in the image below. 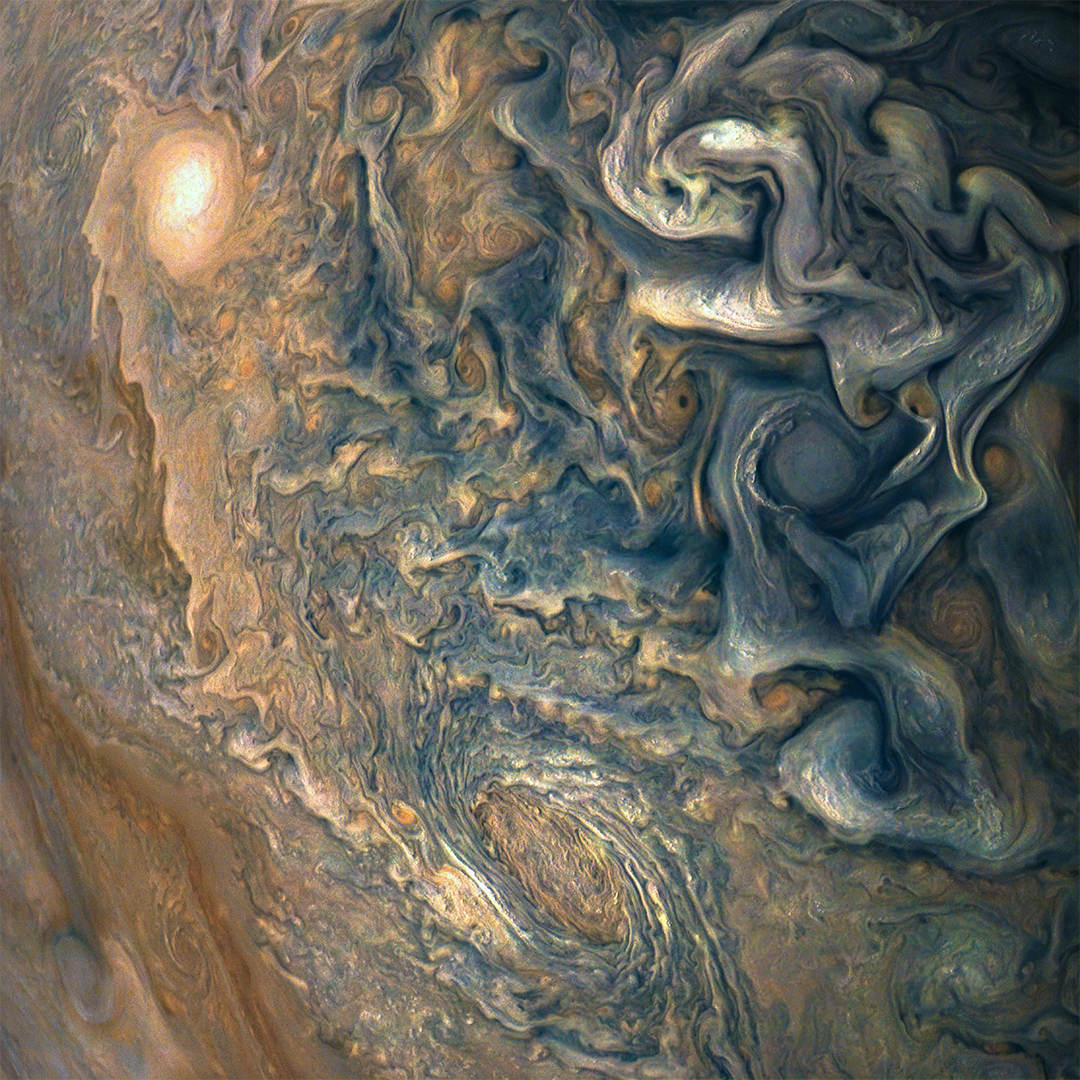 But this time, NASA wanted a wide-angle view that shows not just the tumultuous cloud formations that are hallmark characteristics of Jupiter, but they also wanted to show a ghost-like view of the planet, as though it's cut in half.

The full wide-angle shot below is certainly something to behold.

This is a view of Jupiter's southern hemisphere, with its huge belts of clouds wrapping around the planet.

The dark area in the shot on the far left is called the South Temperate belt.

The white clouds that appear all over the planet are from a cyclone that's moving clockwise around the planet.

To give you an idea of how large these storms are, each pixel in the shot above is the equivalent of 5.6 miles.

And let's give props to Juno for using leading lines in this image, too. She's got some pretty good compositional skills, don't you think? 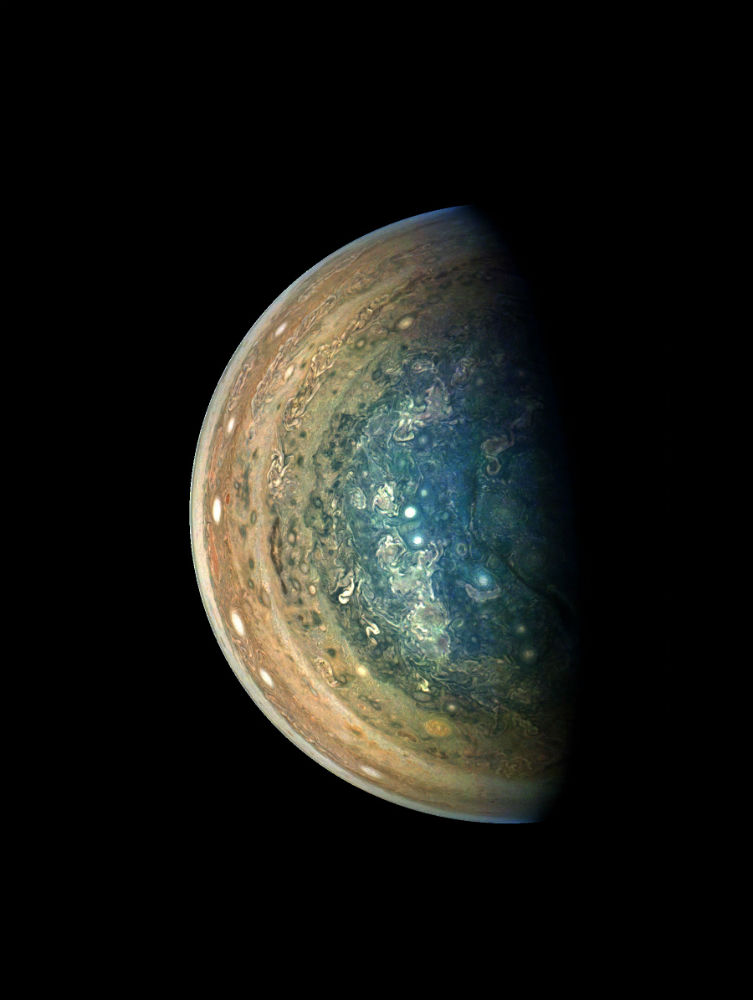 In another wide-field view of Jupiter, Juno captures how it looks like a giant marble floating in the darkness.

This view is of the planet's south pole, and as you can see, the beautiful tapestry of clouds and storms puts on a pretty gorgeous show from this angle as well.

This shot was taken at a distance of nearly 65,000 miles almost directly over Jupiter's southern pole.

If you ask me, Earth is a sight to see in images taken from space, but Jupiter gives it a run for its money. 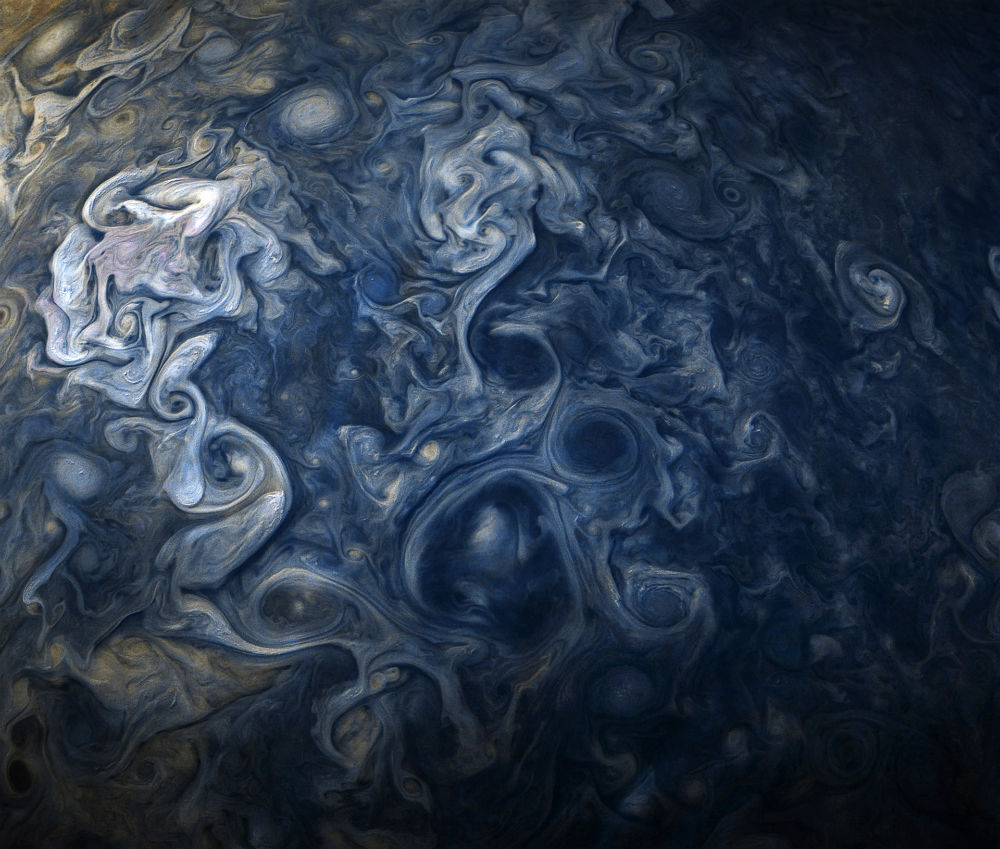 It's important to note that these images are all processed, with color added by what NASA calls "citizen scientists."

Citizen scientists from around the globe can access the raw images taken by Juno and process them as they see fit.

It's part of NASA's efforts to bring the public at large into the Juno mission.

In fact, normal, everyday people like you and I can process and upload images taken by Juno, offer feedback on what Juno should photograph next, and be an active participant in Juno's ongoing research of Jupiter.

Get involved in the Juno mission here and view processed images from Juno's camera here.

Via NASA and International Business Times