20 Cool Things to Happen in Space This Year 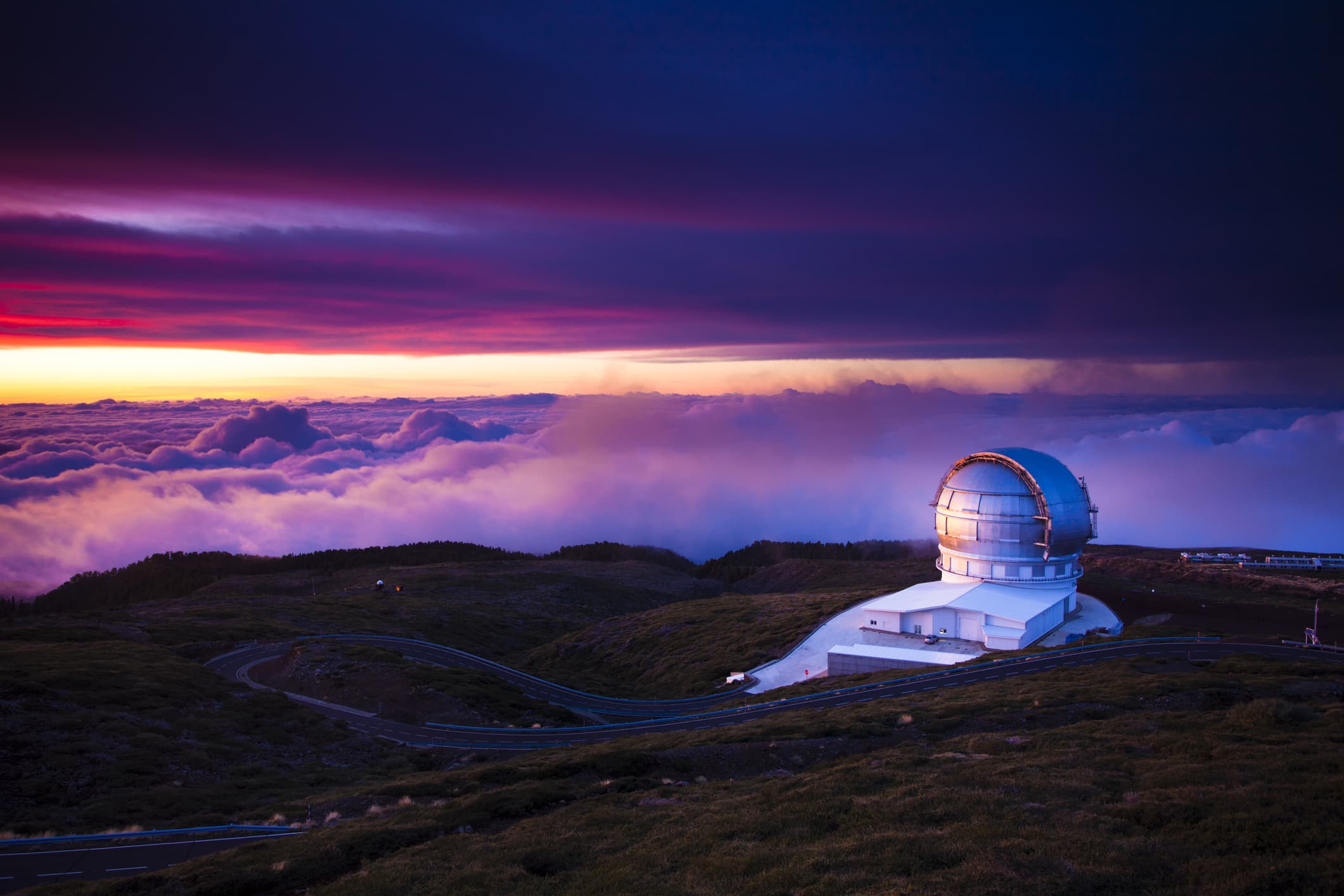 I know we're only about a month into 2018, but looking ahead, it looks like space exploration will have a very good year.

Where state space agencies like NASA used to hold the reins to the world beyond our own, now companies like SpaceX, Blue Origin, and Virgin Galactic are poised to take exploration of the heavens above - and documentation of those areas - to new levels.

Here's just a handful of landmarks that should occur this year in the realm of space. 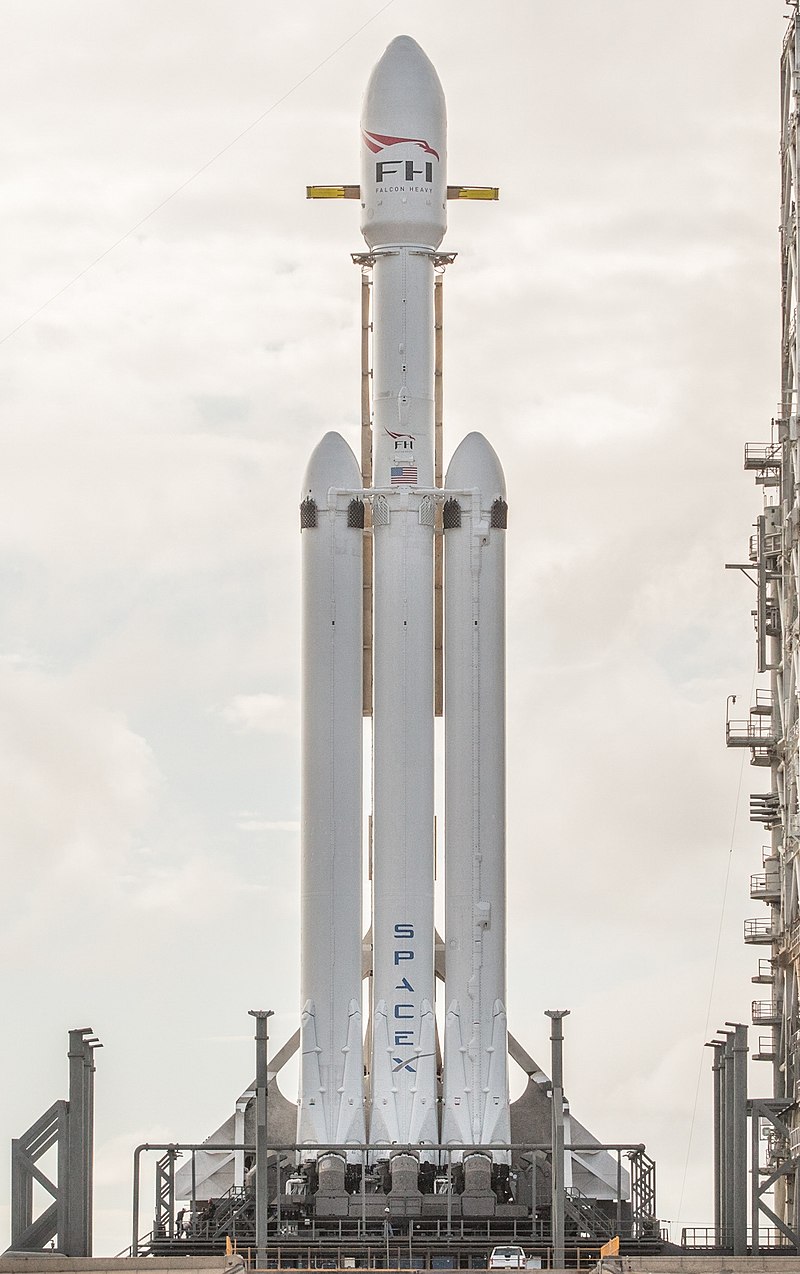 By SpaceX [CC0 or CC0], via Wikimedia Commons

Elon Musk's SpaceX has a big rocket - the Falcon Heavy - that's scheduled to take off next month.

It's already been tested at the Kennedy Space Center, with a successful heavy static fire test in the books.

The rocket was designed to carry a huge payload - double the next closest rocket - and is the most powerful rocket in the world by 2x, according to Musk.

The maiden voyage of the rocket is the first step in using it to someday send human explorers back to the moon or perhaps even to Mars.

Some new photos of the moon taken by humans would be a pretty cool sight, don't you think? 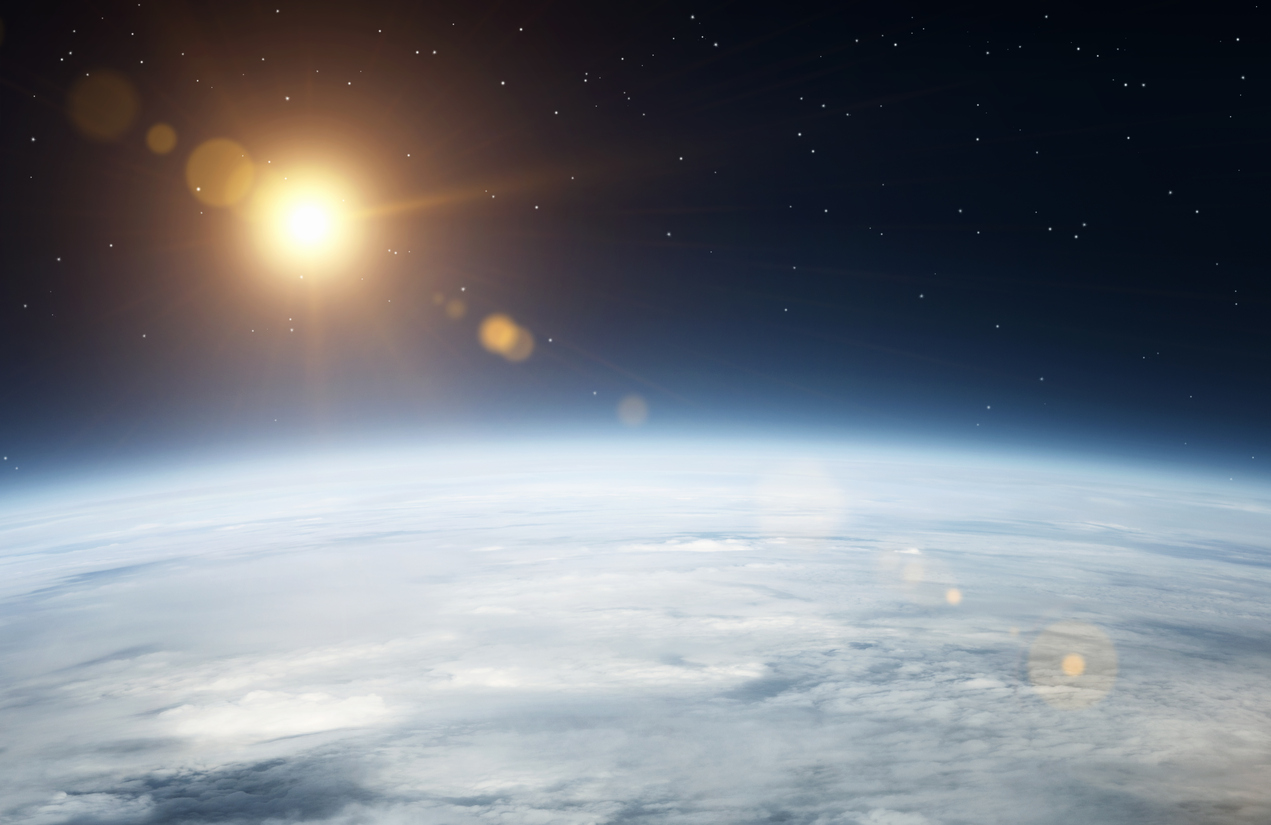 Not to be outdone, Amazon CEO Jeff Bezos has big plans for his space company, Blue Origin.

The capsule can seat six people - space tourists - who will get stunning views out of the capsule's giant windows.

Once the flight is done, the capsule returns to earth with its human cargo.

If you're ready to be a space tourist, you can sign up for information about tickets now. Just be sure to take your camera with you! 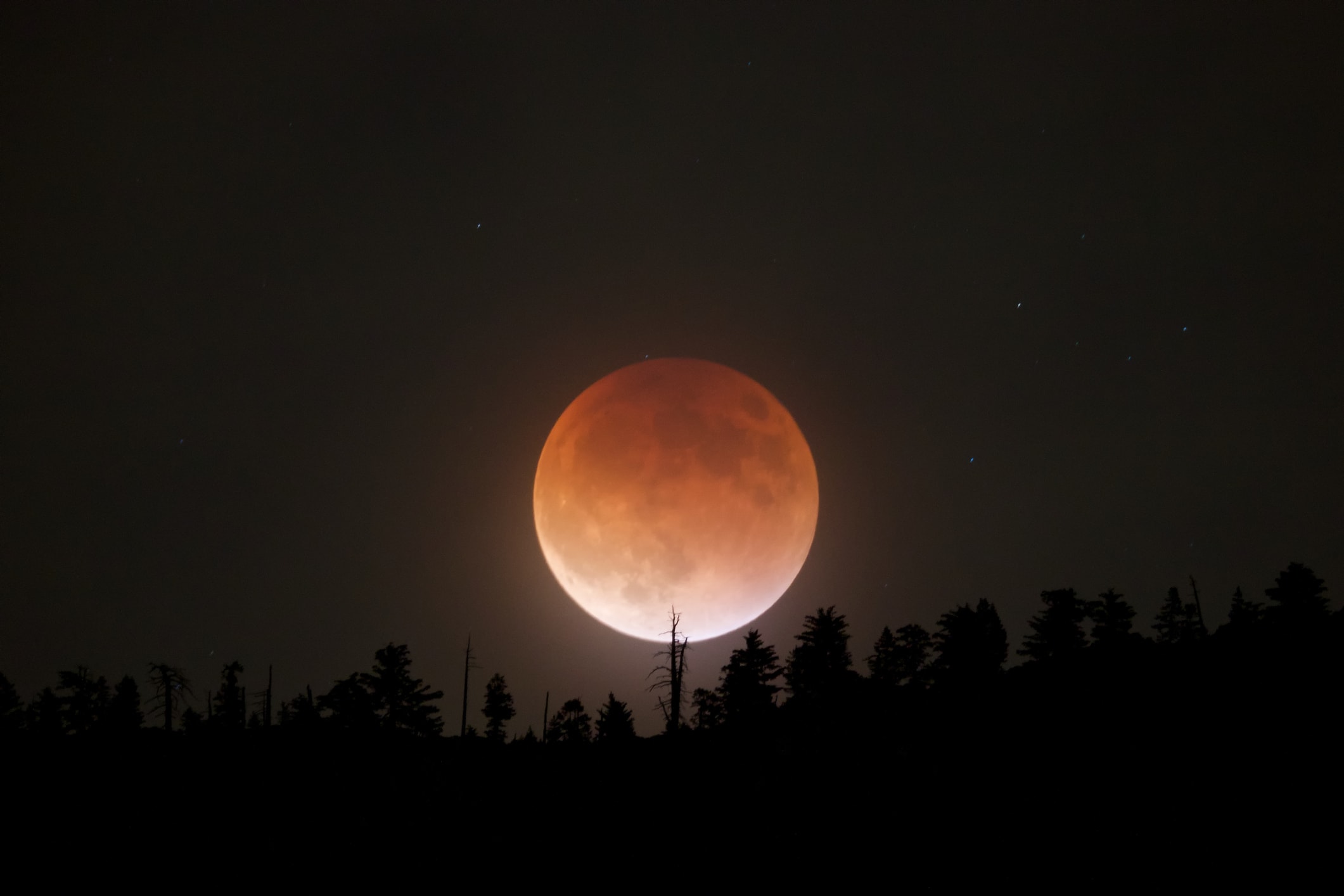 Something that the masses can enjoy this year is the forthcoming super blue blood moon, which happens January 31st.

For the first time in more than 150 years, a supermoon, blue moon, and blood moon occur at the same time.

Get more details about this awesome event (and the best places and times to see it) here. 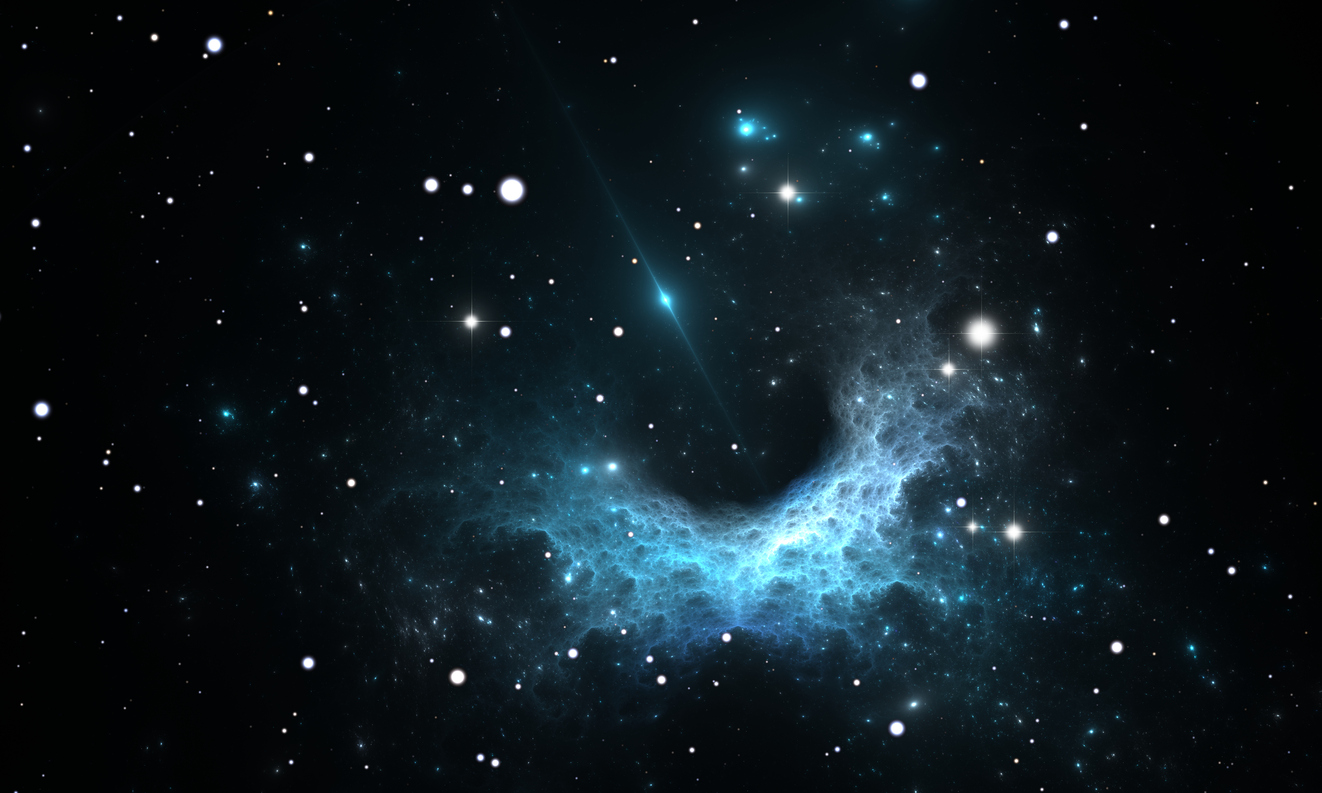 In 2018, researchers armed with the Event Horizon Telescope (EHT) plan to photograph the first image of a black hole.

Their target, Sagittarius A, is the black hole at the center of our home galaxy, the Milky Way.

Because black holes don't emit any light, scientists will take data from telescopes located all over the world to create a virtual radio telescope.

Now that's a photo I can't wait to see! 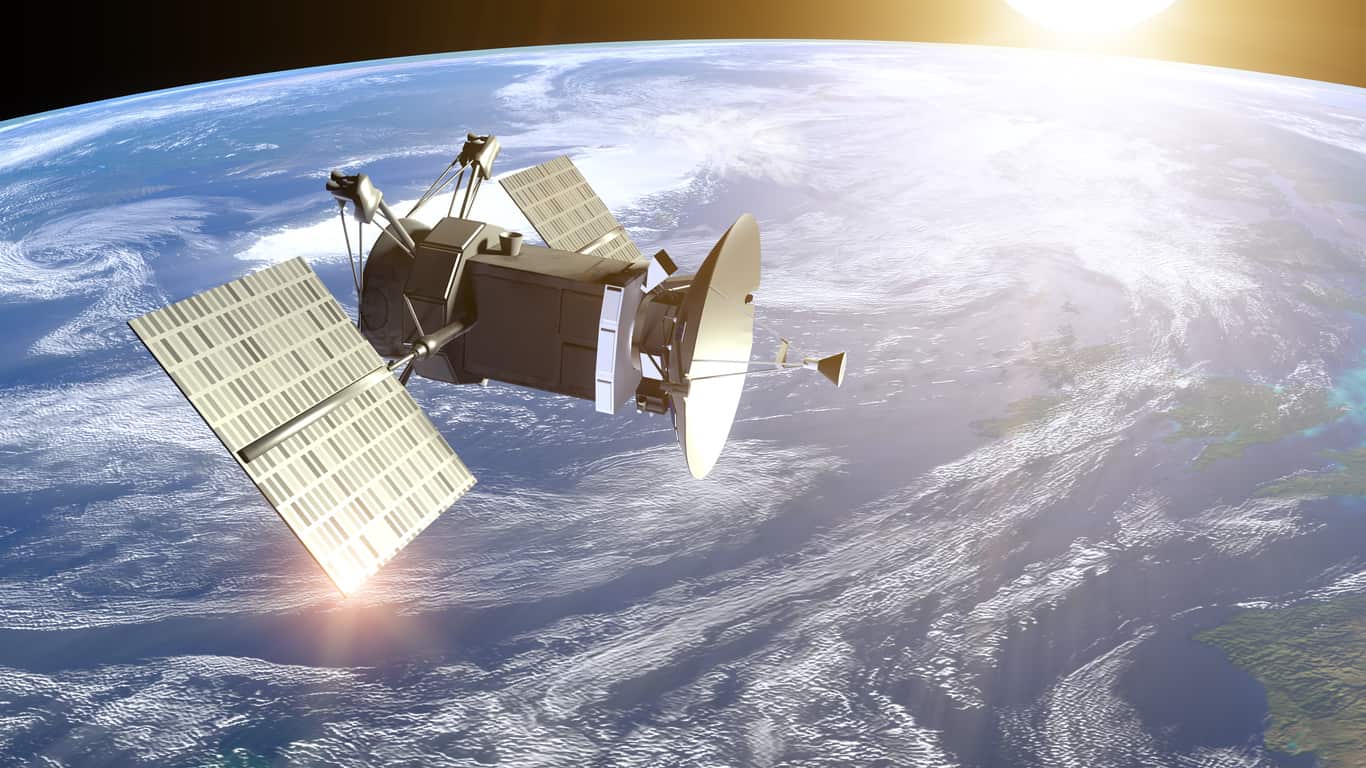 Where the likes of SpaceX and Blue Origin are in the business of sending large or occupied vehicles into space, Rocket Lab, is planning for smaller scale activities in 2018.

They've got a test launch set for the first part of the year from their private launchpad in New Zealand.

If things go as planned, Rocket Lab may add commercial space flights to their services in the near future.

NASA's TESS telescope, which searches for planets outside the solar system, will launch into space in March of this year.

The overall mission is to look for new, undiscovered worlds, specifically for habitable planets.

As the telescope does that, it will use its onboard gear to snap images of the entire night sky. 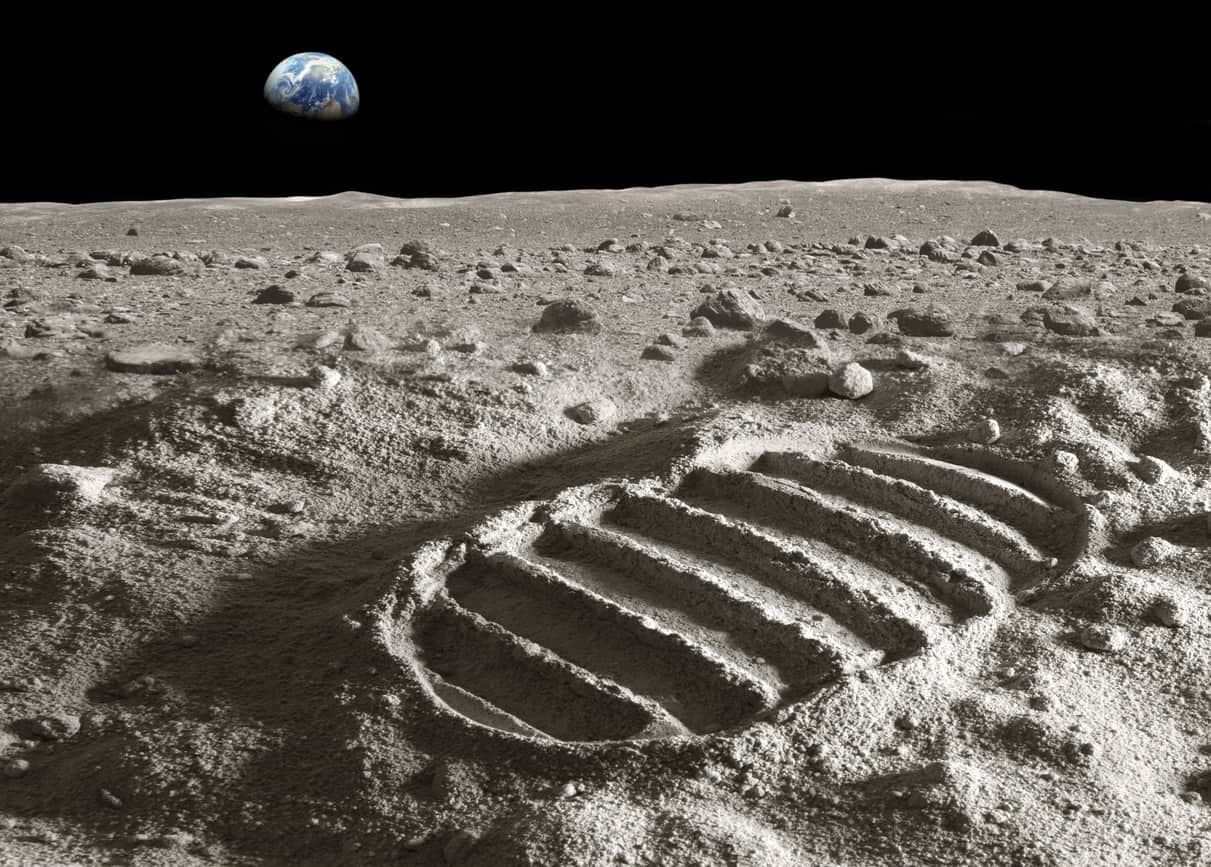 It's been a decade since Google announced its Lunar XPRIZE competition, and now the remaining five teams have until March 31 of this year to get their spacecraft to the moon.

Once there, the craft must travel a minimum of 500 meters and transmit HD video and photos back to Earth.

The winning team isn't just in it for the great photo opp on the moon - they'll also get a $30 million prize. 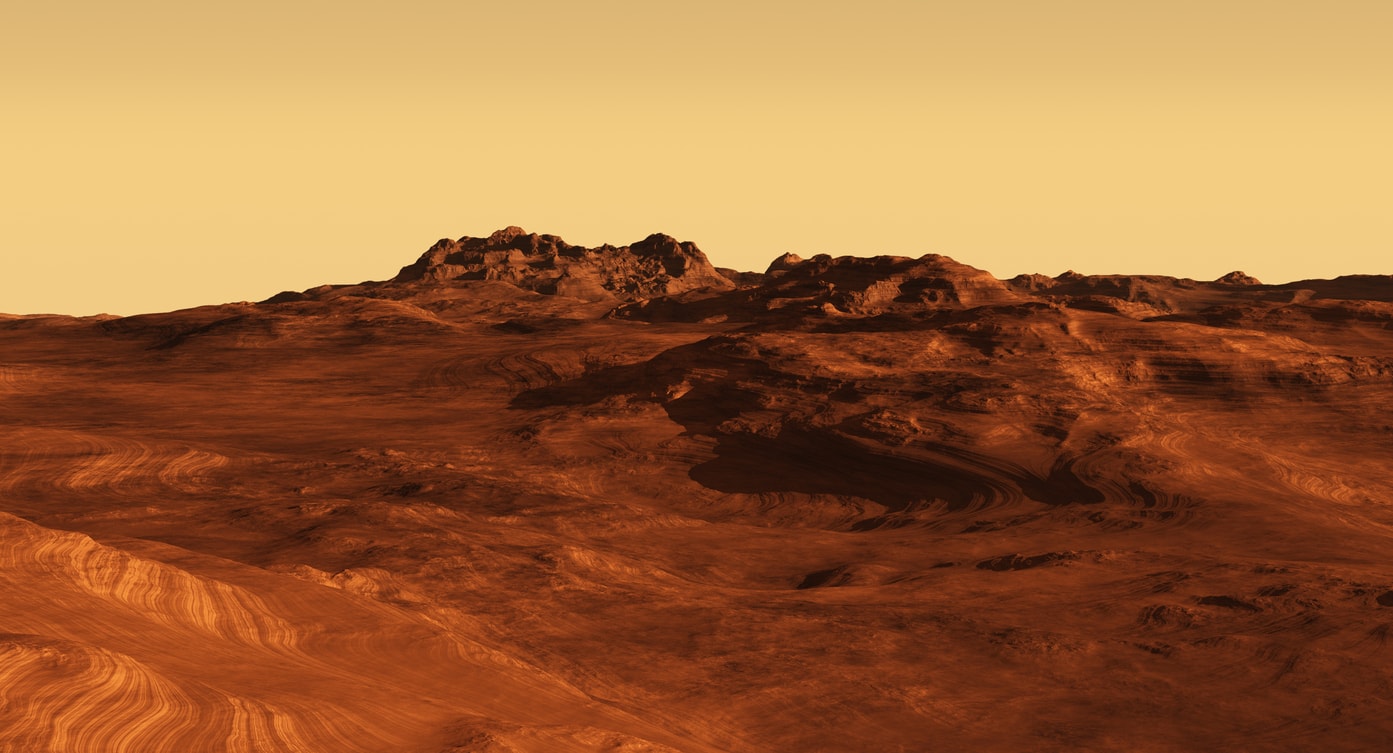 In May of this year, NASA hopes to launch its InSight spacecraft, which will travel for seven months to Mars.

Once there, it's mission is to look at the interior of Mars in the hopes of helping scientists understand how rocky planets form and evolve.

If everything goes as planned, the craft will land on Mars toward the end of the year, and give the Mars Curiosity Rover a little company.

This spring, the Planetary Society plans to launch one of the most unique space missions of the year.

Their crowdfunded LightSail 2 (shown in the video above), which is a small craft propelled by solar energy, will orbit Earth.

The craft will hitch a ride on SpaceX's Falcon Heavy rocket, and once separated from the rocket, it will unfold a mylar light sail.

The sail will make use of solar particles to raise the craft to higher and higher orbits around Earth. 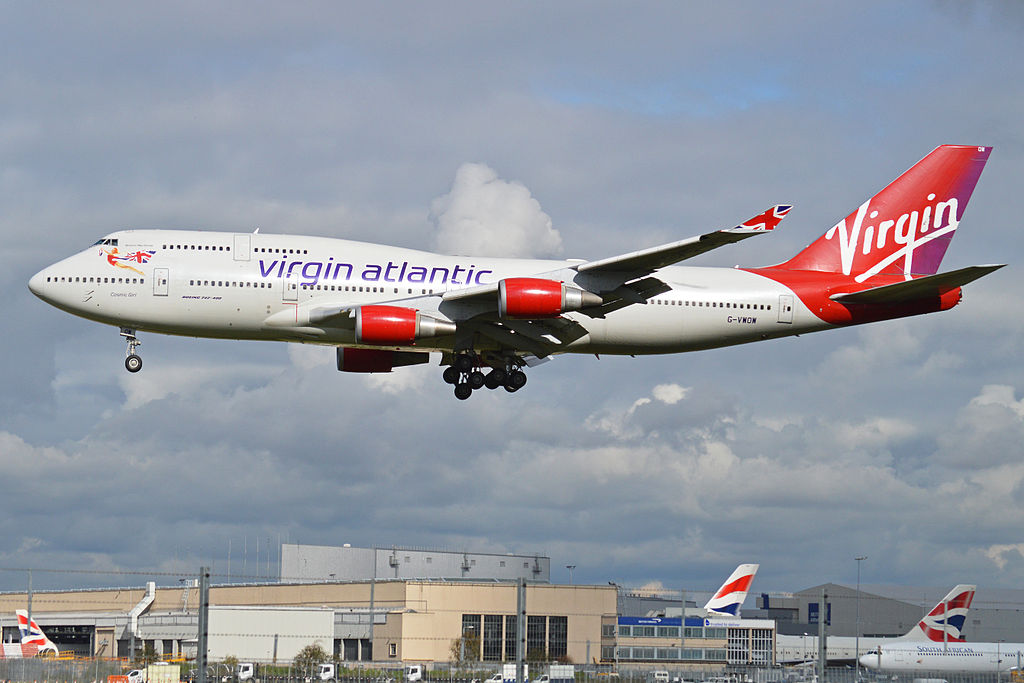 In 2018, Virgin Orbit plans to develop LauncherOne, a rocket launcher that will deploy from the wing of Branson's "Cosmic Girl," a heavily modified Boeing 747.

The point of LauncherOne is to deploy small satellites into orbit at a much lower cost. 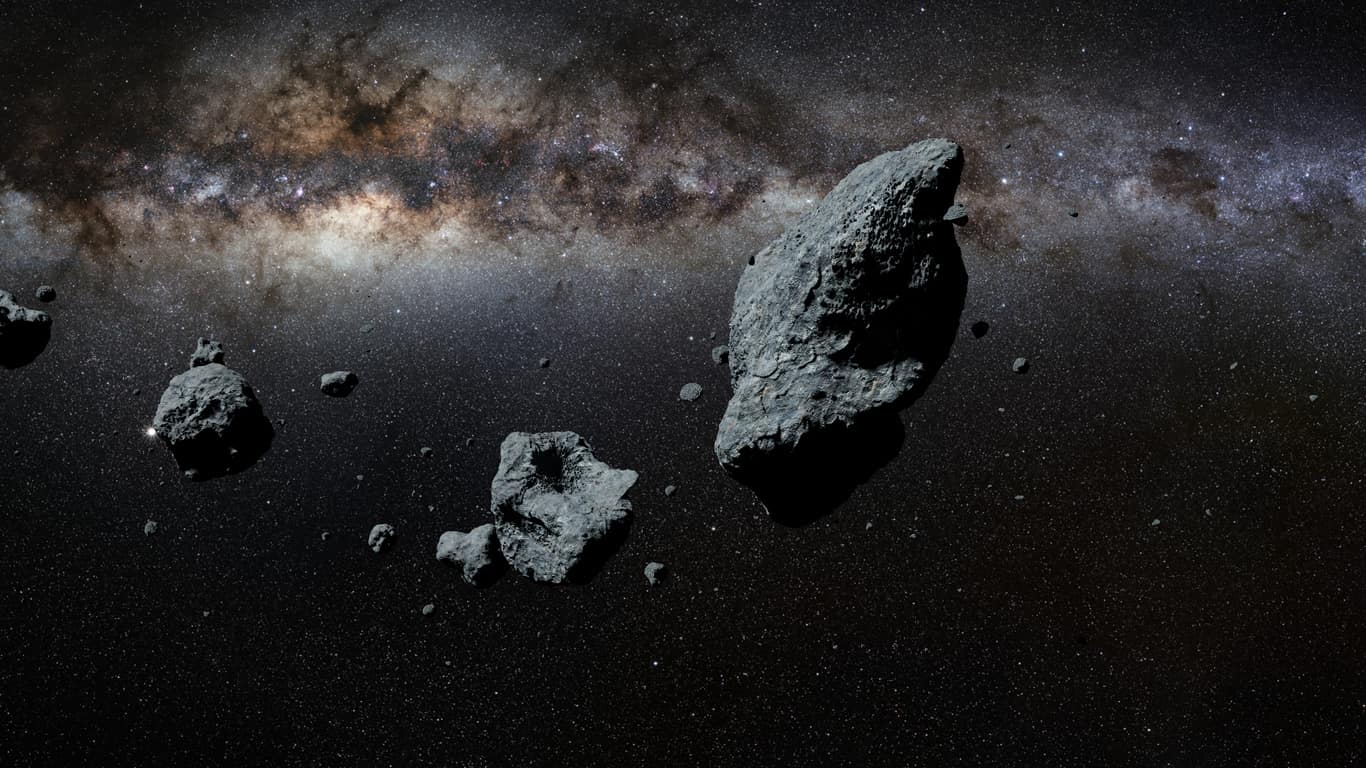 Four years ago, the Hayabusa2 was launched by Japan, with the mission to meet an asteroid named 162173 Ryugu.

It's journey to the asteroid will end in July, at which point it will retrieve a sample of the asteroid, and then return home.

It'll be 2020 before Hayabusa2 gets back, though, so we'll have to wait on details (and pictures!) of what the sample looks like. 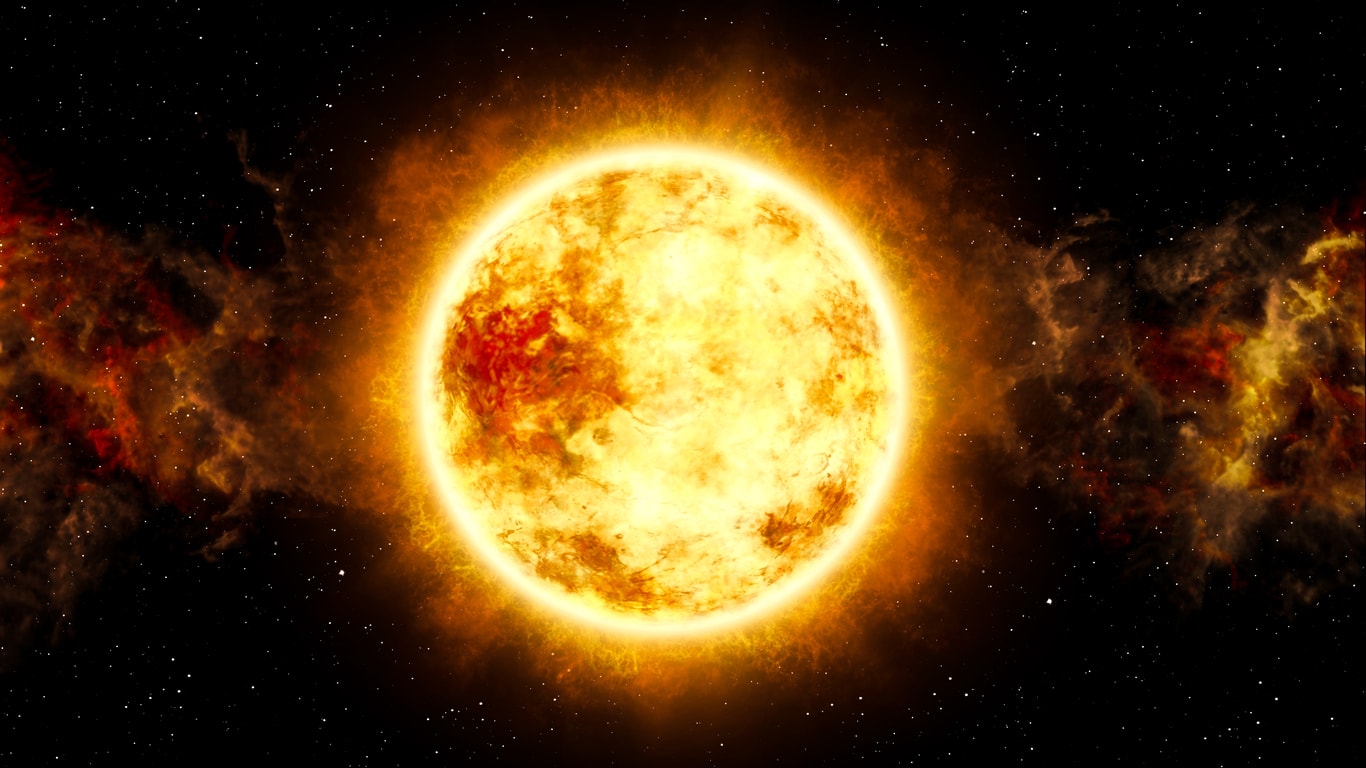 This summer, NASA intends to send its Parker Solar Probe closer to the sun than any craft has ever been.

To do so, the probe will make seven flybys of Venus, each time gradually reducing its orbit around the sun.

When it makes its closest flyby, the Parker Solar Probe will actually travel through the highest layer of the solar corona, with the aim of revolutionizing what we understand about the sun. 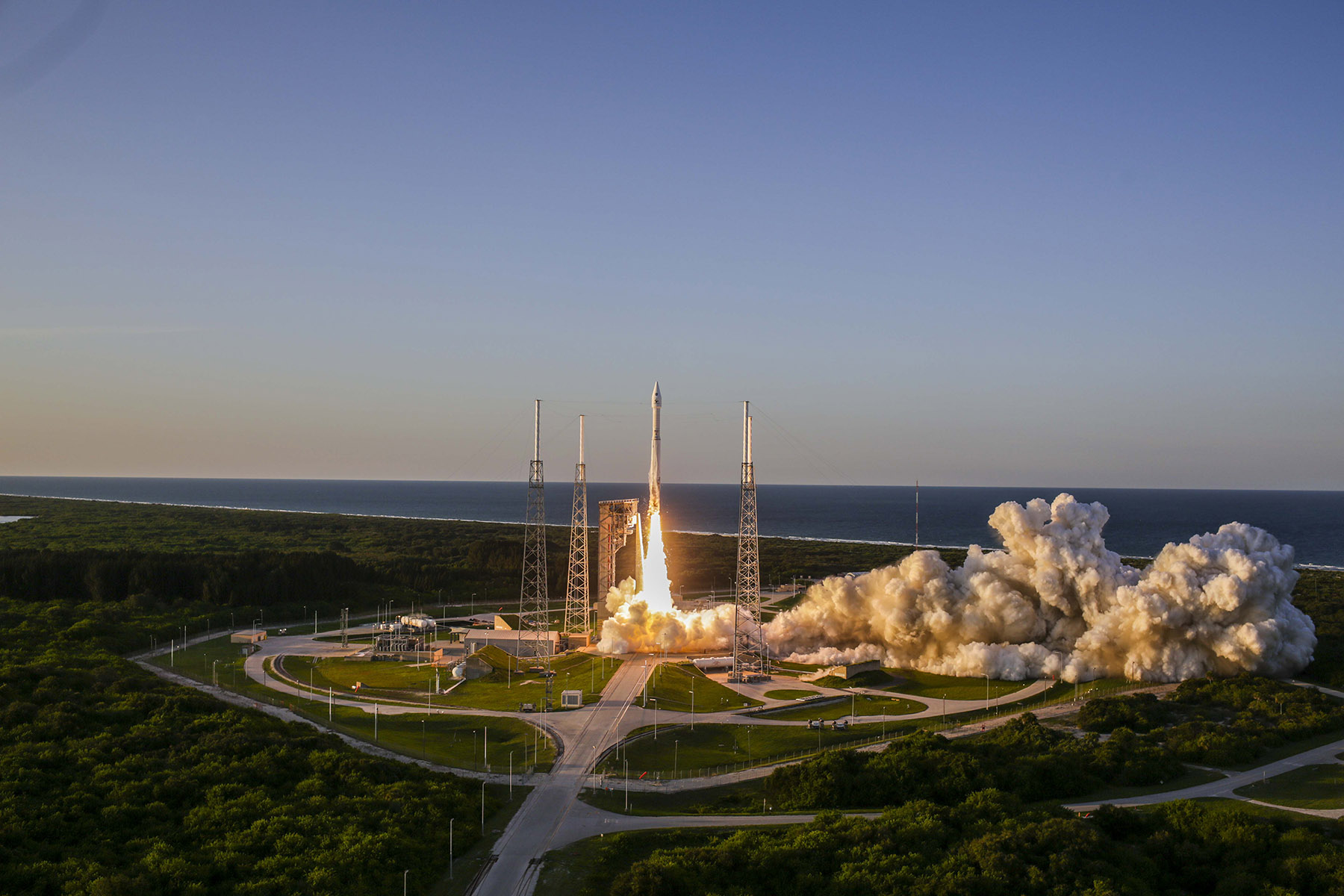 In other asteroid news, NASA's OSIRIS-REx craft, which has been on a two-year journey to the nearby asteroid Bennu, should arrive at its destination sometime in August.

The probe won't land on Bennu, but will instead get a sample to return to Earth.

The craft will retrieve its sample via its robotic arm that will only touch the asteroid's surface for five seconds. 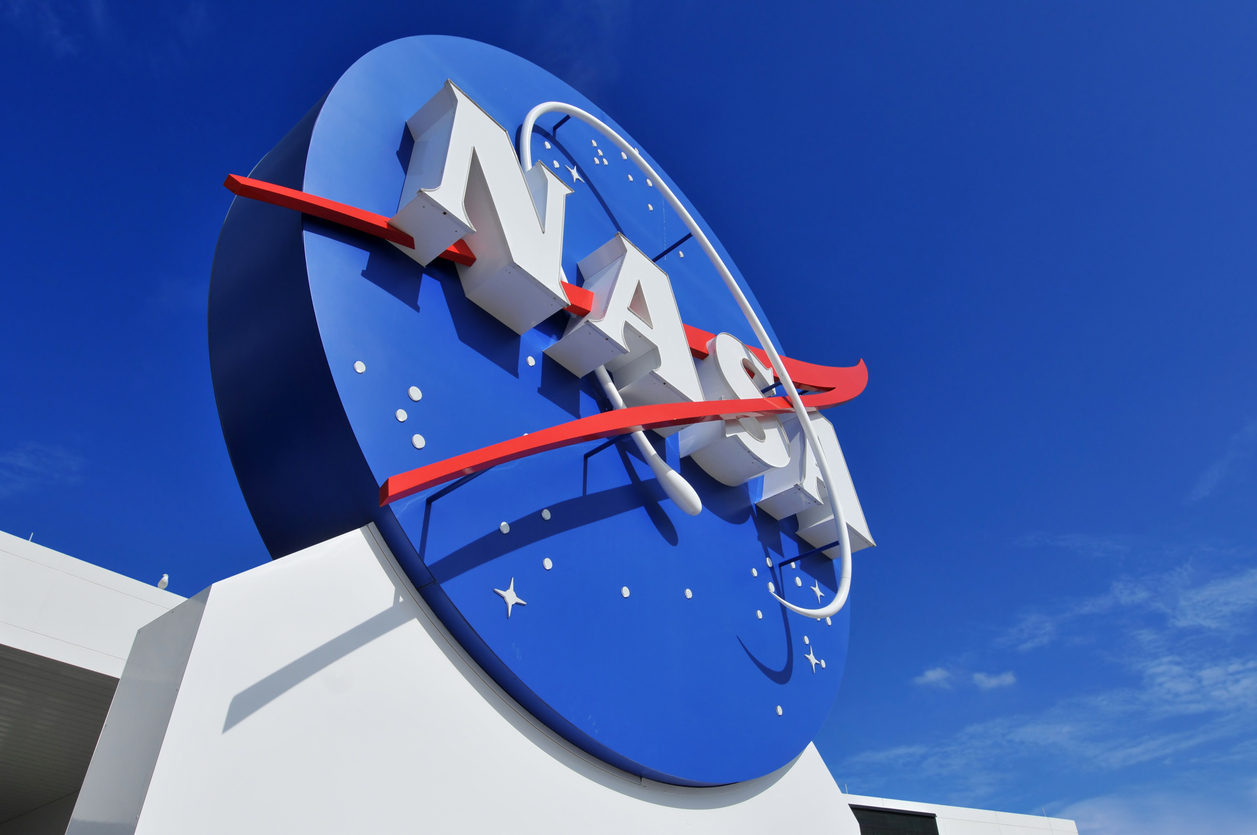 In 2018, NASA's Commercial Crew Program, in which SpaceX and Boeing are offering different crew transportation options, will heat up.

The Crew Dragon from SpaceX seats seven and has large windows for space tourists to peer out of.

Before either craft can be used for commercial passengers, though, they must first take astronauts to the International Space Station.

Crewed flights will occur in August for SpaceX and November for Boeing. 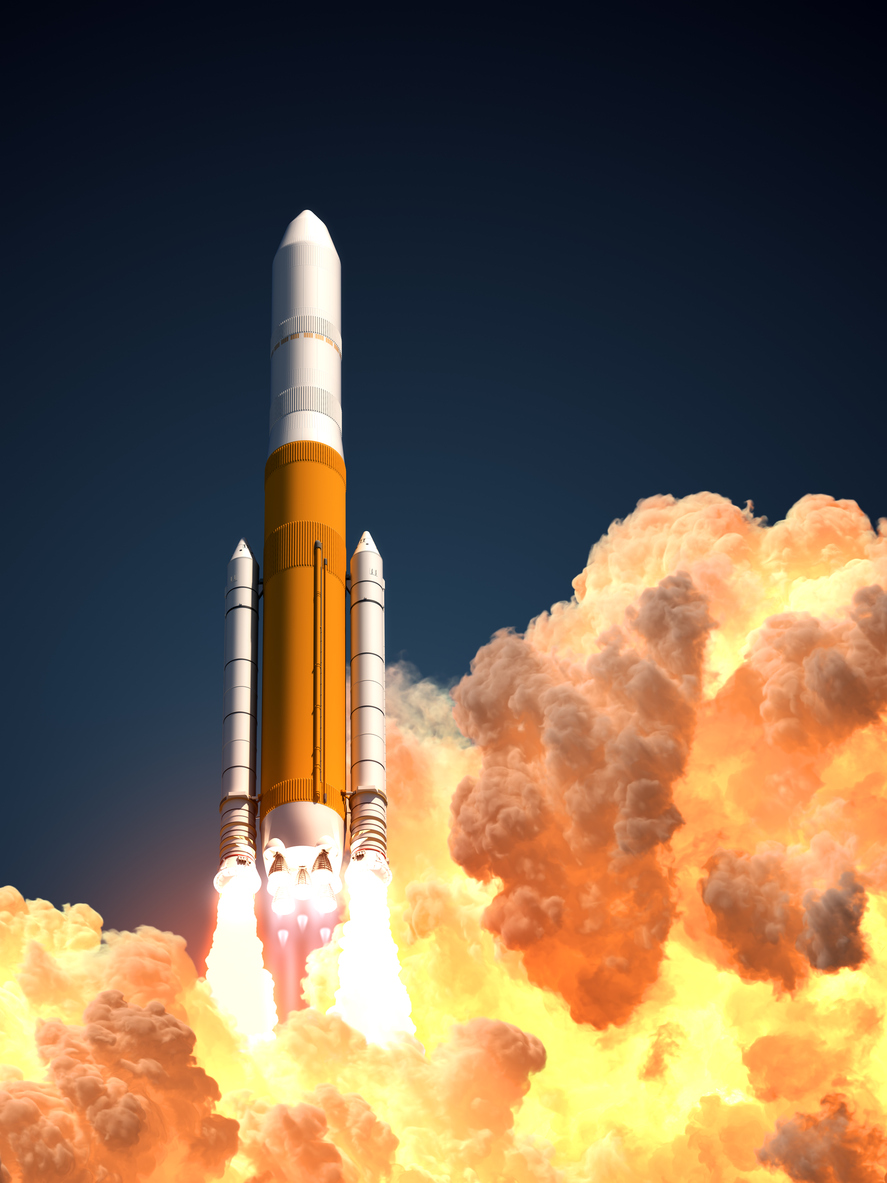 Two spacecraft will make their way to Mercury this year, one, the Mercury Planetary Orbiter, and the other, the Mercury Magnetospheric Orbiter.

Both craft were developed by the European Space Agency and the Japan Aerospace Exploration Agency, and will launch in October of this year.

It will be 2025 before the crafts arrive at Mercury, but once they do, they will offer details about the least explored planet in the solar system. 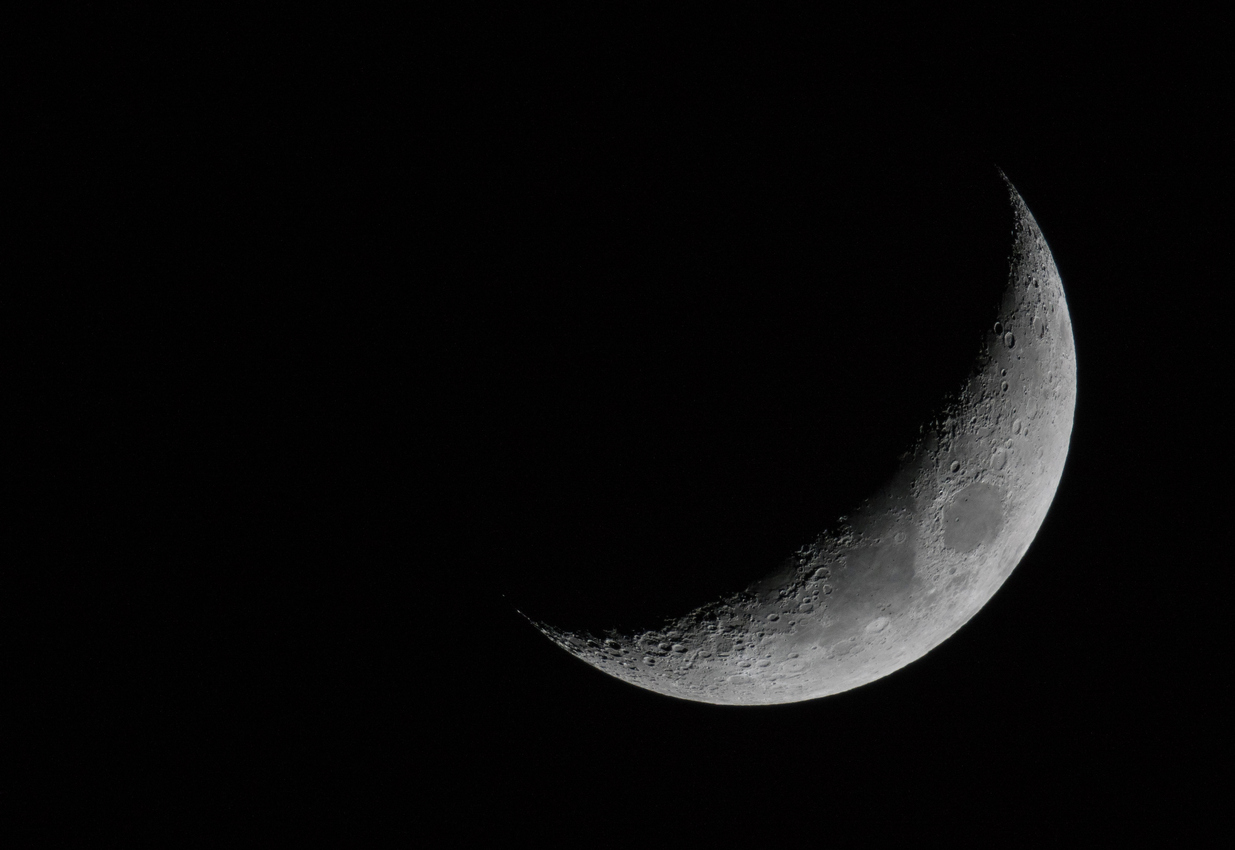 They'll do that by launching a relay satelline in early summer to a spot beyond the moon.

At that point, the satellite will be able to connect Earth with a spacecraft that will land sometime in November or December.

By exploring the dark side of the moon, researchers hope to better understand how the moon was formed. 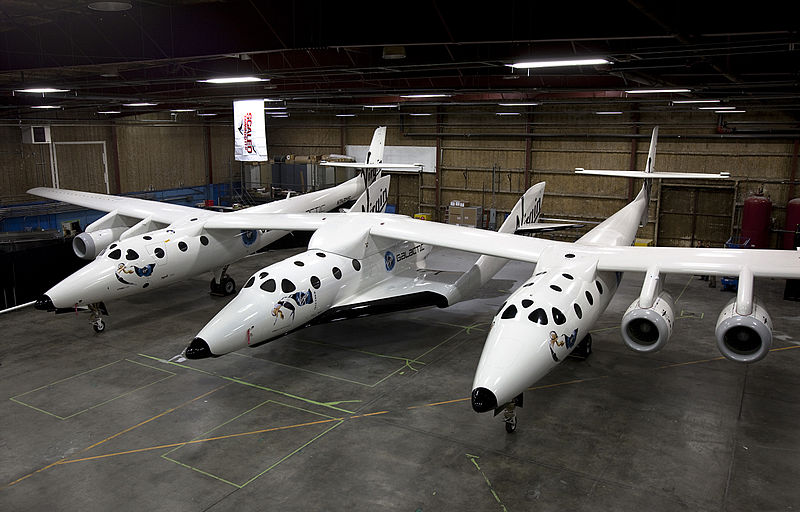 Soon, Virgin Galactic will begin test flights of its SpaceShipTwo craft, which will give passengers a view of Earth as it orbits the planet. 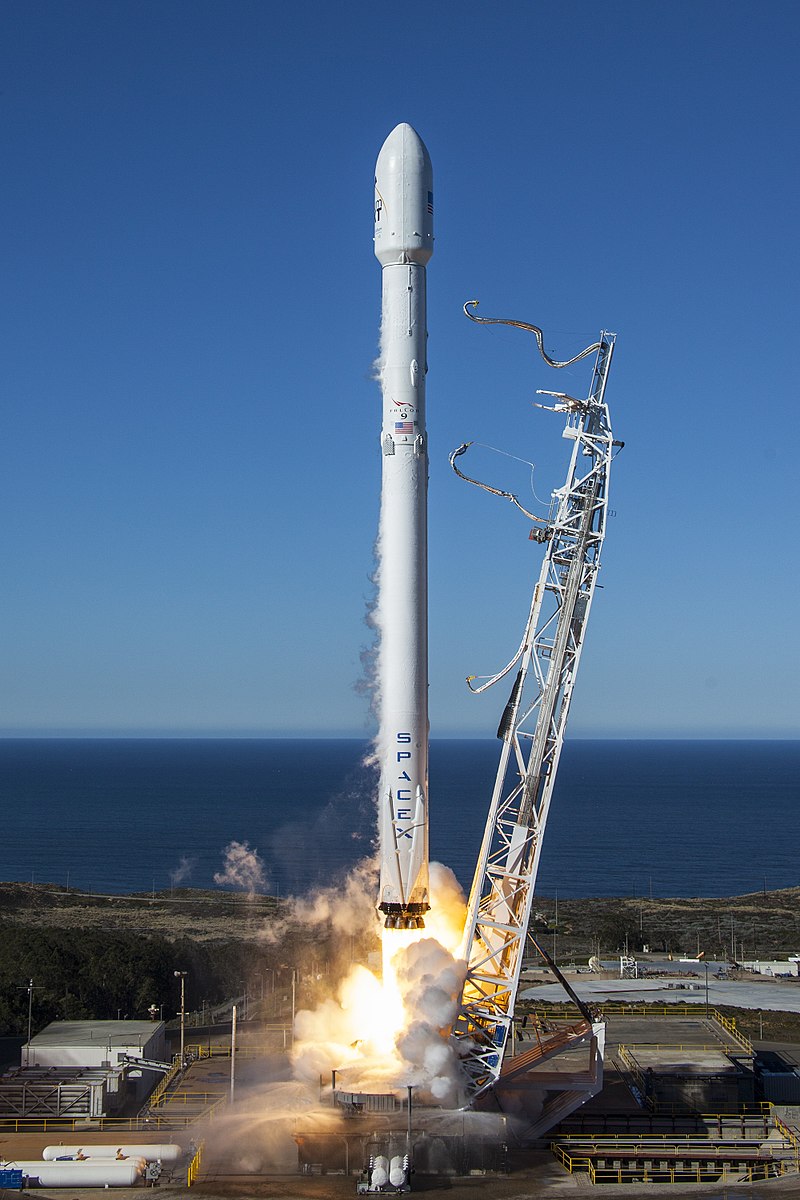 By SpaceX (Iridium-1 Launch) [CC0 or CC0], via Wikimedia Commons

Elon Musk's SpaceX company has focused much of its attention on reusable crafts, including its Falcon 9 rocket.

To reduce the cost of sending crafts into space, SpaceX intends to continue to perfect the Falcon 9 this year, with the goal of creating something that can launch up to 10 times within 24 hours of landing.

It might be a lofty goal, but according to Musk, reusability of rockets is what's needed to really open up space to exploration. 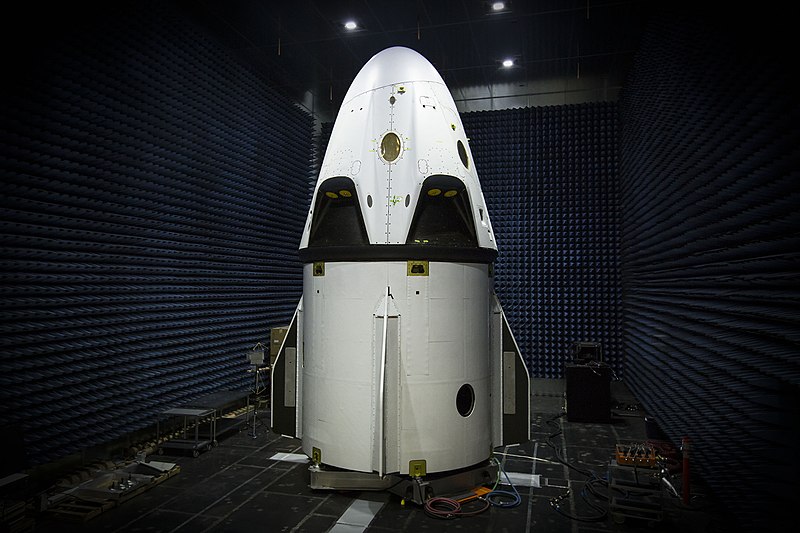 By SpaceX [CC0 or CC0], via Wikimedia Commons

In other SpaceX news, 2018 is supposed to be the year that the company sends to space tourists on a week-long journey around the moon.

The plan is to launch the space vehicle - the Dragon 2 Capsule -  aboard the Falcon Heavy rocket, send the capsule around the moon, and return the space tourists safely to Earth.

However, with the Falcon Heavy Rocket just now getting close to test launching, the notion that it would be ready to launch human cargo by year's end seems a bit unlikely. 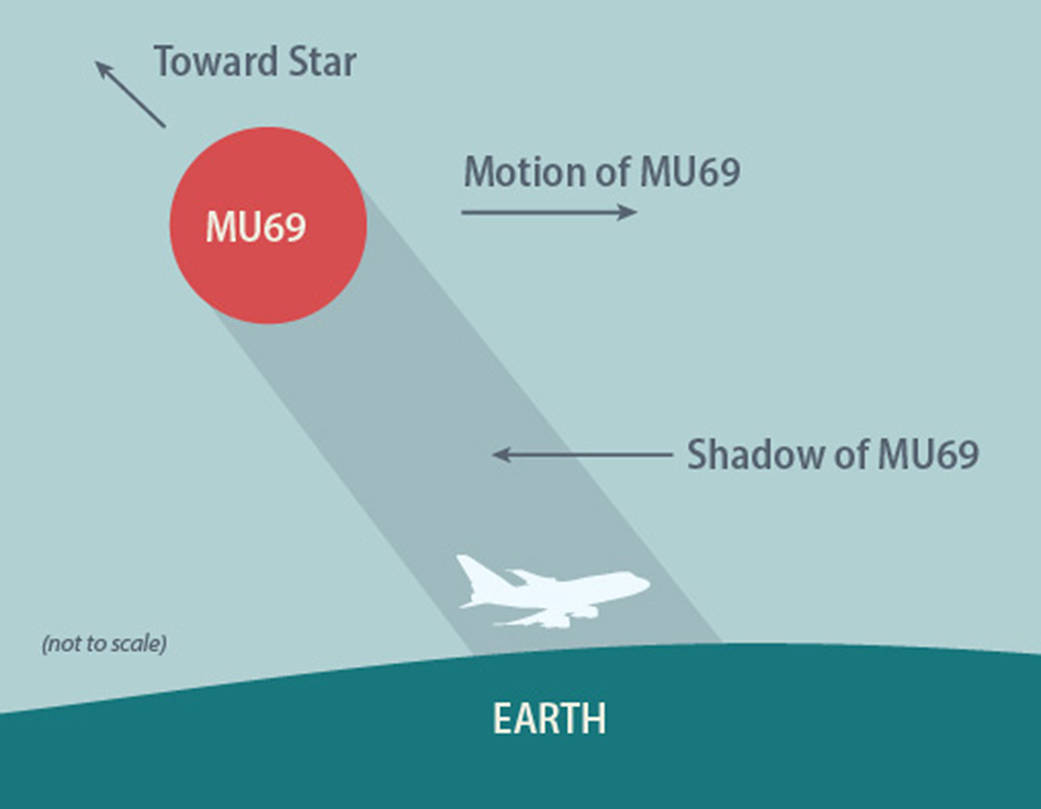 The New Horizons spacecraft from NASA is en route to the Kuiper Belt, a band of space debris about a billion miles beyond pluto.

It won't reach its target, an icy rock in the Kuiper Belt called 2014 MU69, until January 1, 2019, but over the course of this year we'll get updates on the craft's progress.

2014 MU69 has never been visited by a human craft before, and scientists are eager to determine exactly what the body is. Theories abound that it's actually two objects in orbit close to one another, and that it might even have its own moon.

Only time - and the spacecraft's cameras - will tell!

I, for one, can't wait to see all this progress being made in space exploration.

It's exciting that we're exploring more and more of our celestial neighborhood, but for me, it's even more exciting to see the photos that result.