This U-2 Spy Plane Pilot is Also a Photographer, and His Photos are Mesmerizing 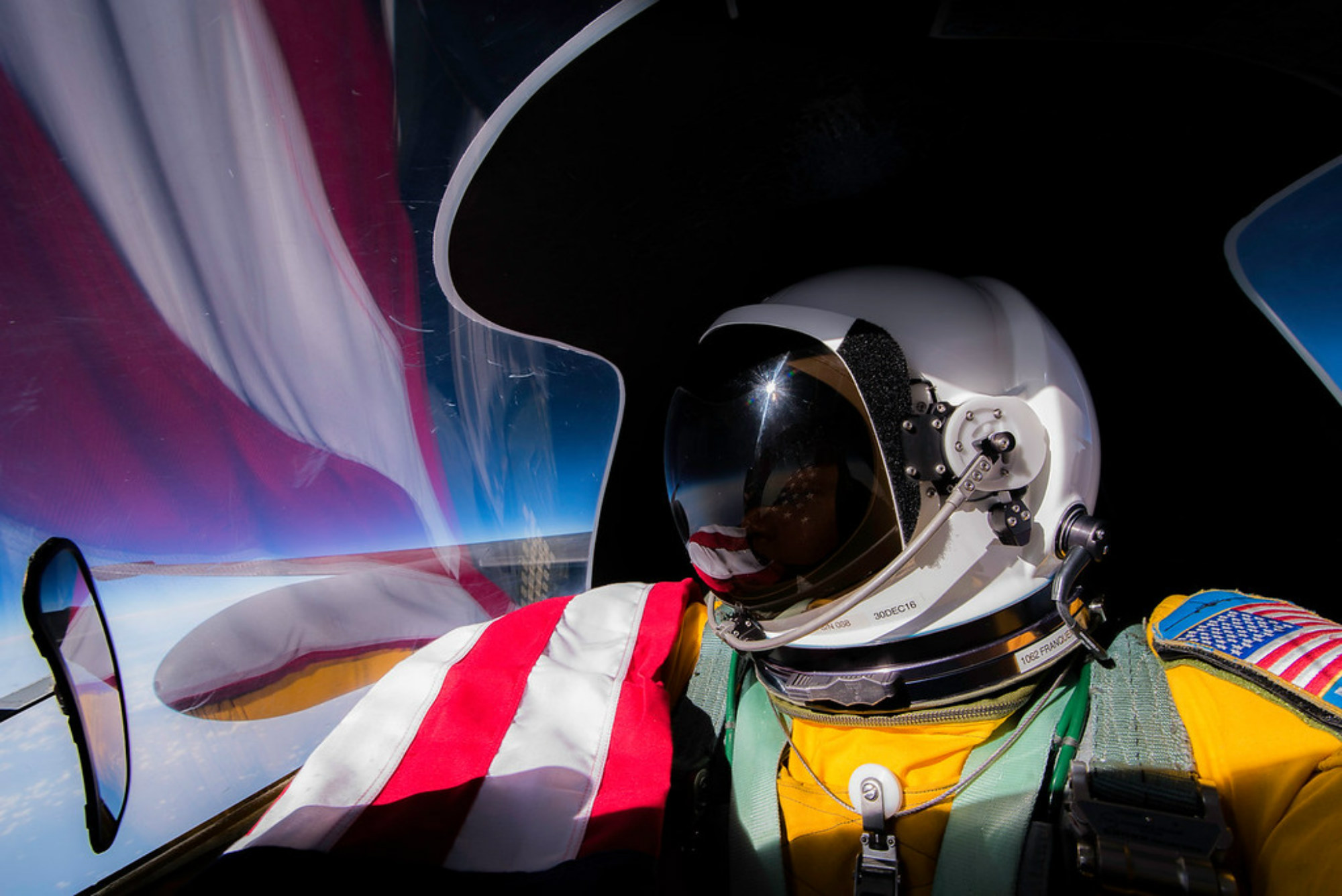 Lt. Col. Ross Franquemont is a U-2 spy plane pilot in the United States Air Force.

He's also one heck of a photographer...

I have a particular affection for his photos, given that I have a military background as well. I'm quite the plane enthusiast, too.

But the photos that he takes aren't just for military folks or aviation junkies. 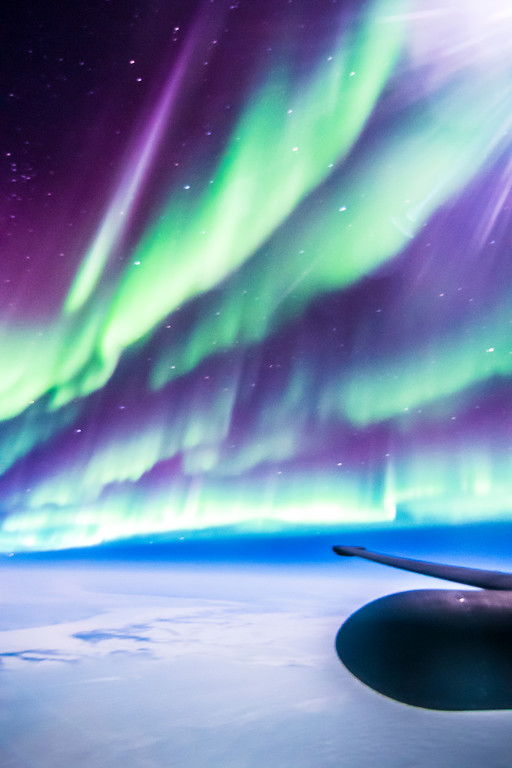 Instead, his images exemplify what's so great about photography - the notion that anyone with a camera has the ability and the capacity to learn how to take a great photo.

In his early days of photography-by-air in the U-2 spy plane, he used simple point-and-shoot cameras.

Eventually, he worked up to a Nikon D750, which he still uses today.

So for all those photographers out there that think you need the latest, greatest camera to get a fantastic shot, think again! 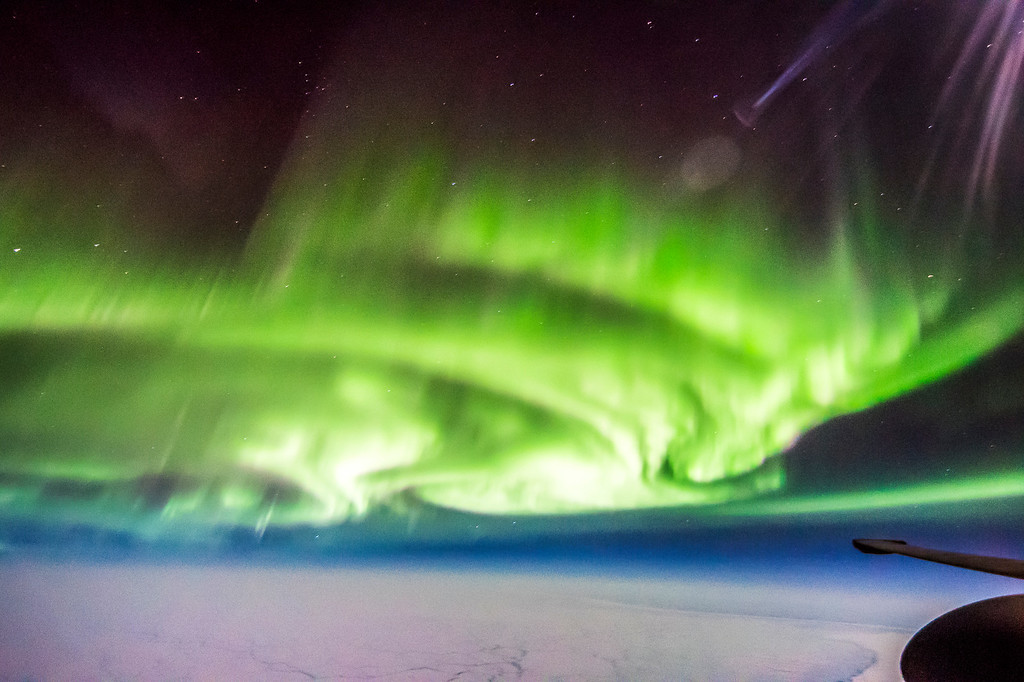 Ross' day job is flying the U-2 Dragonlady, a high-altitude marvel of engineering that can cruise at an altitude upwards of 70,000 feet.

These planes first began flying in 1955 with the express purpose of conducting top-secret reconnaissance missions. 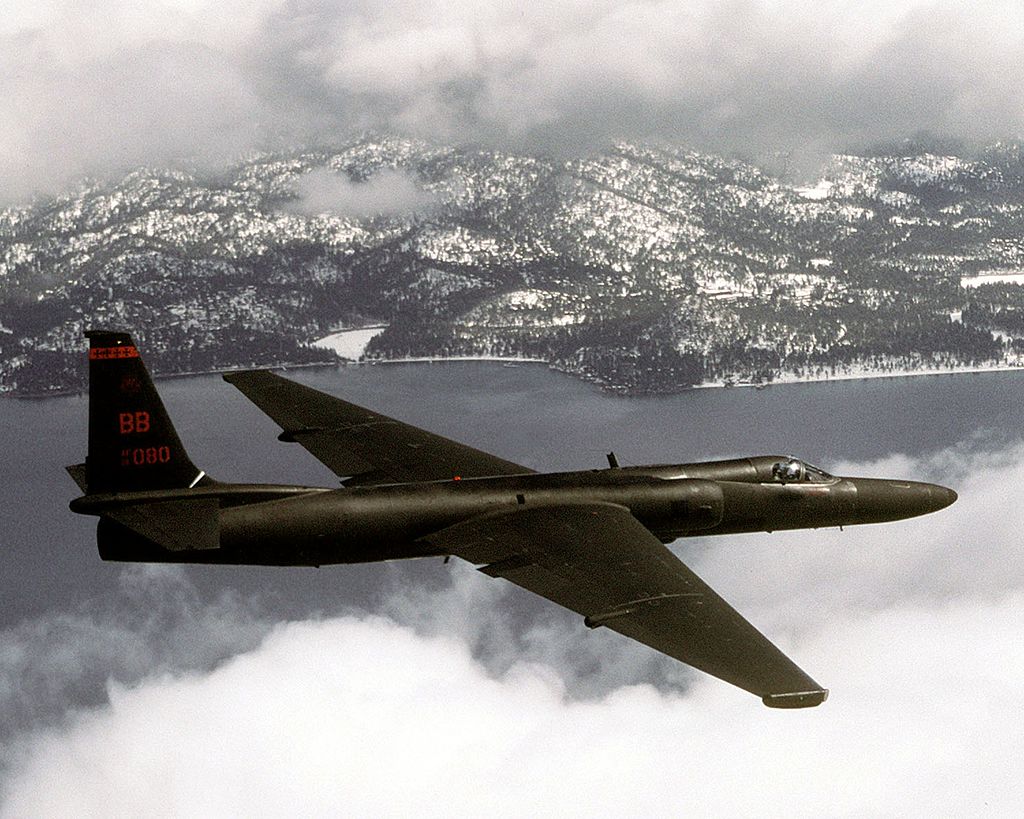 Shrouded in mystery, the U-2 became front page news on May 1, 1960, when the Soviet Union managed to shoot down a U-2 piloted by Captain Francis Gary Powers on a mission to photograph ballistic missile sites in the USSR.

Eventually, Captain Powers was released, and the U-2 program continued. In fact, there are approximately 40 U-2s still in operation, mostly with the U.S. Air Force and NASA, which uses modified U-2s for scientific studies.

To give you an idea of just how difficult it is to fly a U-2 Dragonlady and take photos, consider this...

U-2 pilots must wear high altitude pressurized suits that aren't unlike spacesuits, including the large, bulbous helmet shown above. They also have to wear radiological dosimeters to keep track of the solar radiation to which they're exposed in the outer reaches of earth's atmosphere.

Missions can last more than 10 hours, too, which can be complicated given that once pilots are in their suits, they can't take it off. God forbid the need to scratch an itch arises! 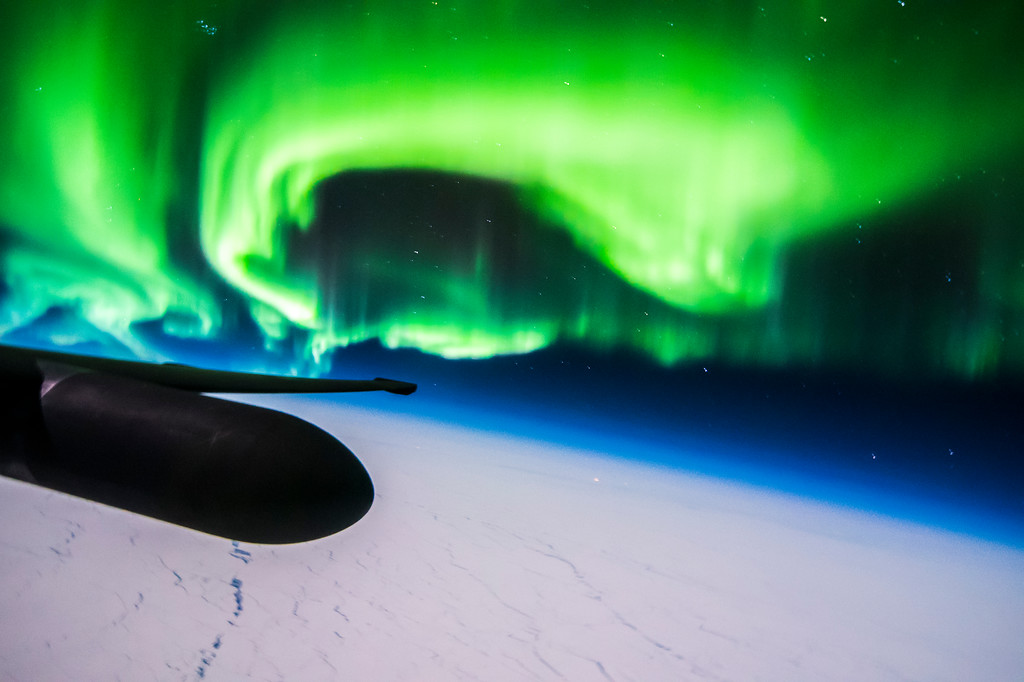 So, given the context of how difficult it is to fly one of these planes, it makes the photography exploits of Lt. Col. Franquemont that much more impressive.

Perhaps his most famous photos to date are those that he captured of the Northern Lights from 70,000 feet.

As you can see above, the colors are perhaps even more stunning at that altitude than they are down here on earth. 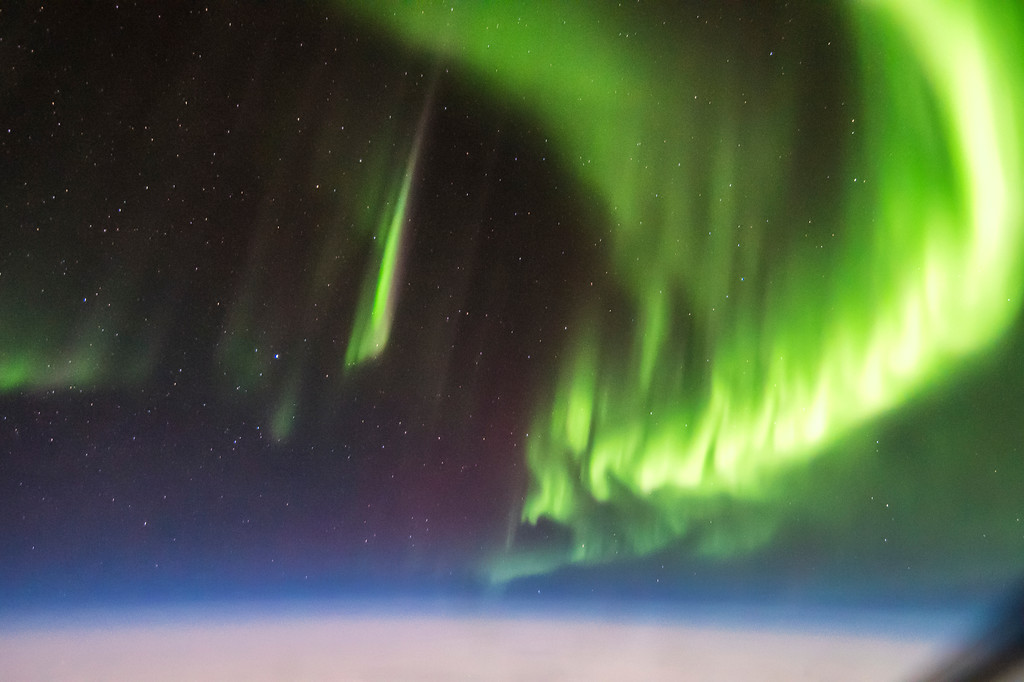 The fact that you can actually see the curvature of the earth below the Northern Lights is pretty crazy as well.

Not only does the image above give you a sense for how high the Northern Lights extend above earth, but you also get a sense for the sheer altitude at which Franquemont was flying when this shot was taken.

In the video above, you can watch as Lt. Col Franquemont flies his U-2 into the Northern Lights. It's an impressive trip, for sure.

But don't think that this photographer is a one-trick pony that only photographs the northern lights.

On August 21, 2017, he captured images of the solar eclipse from his plane, and turned them into the composite image you see below. 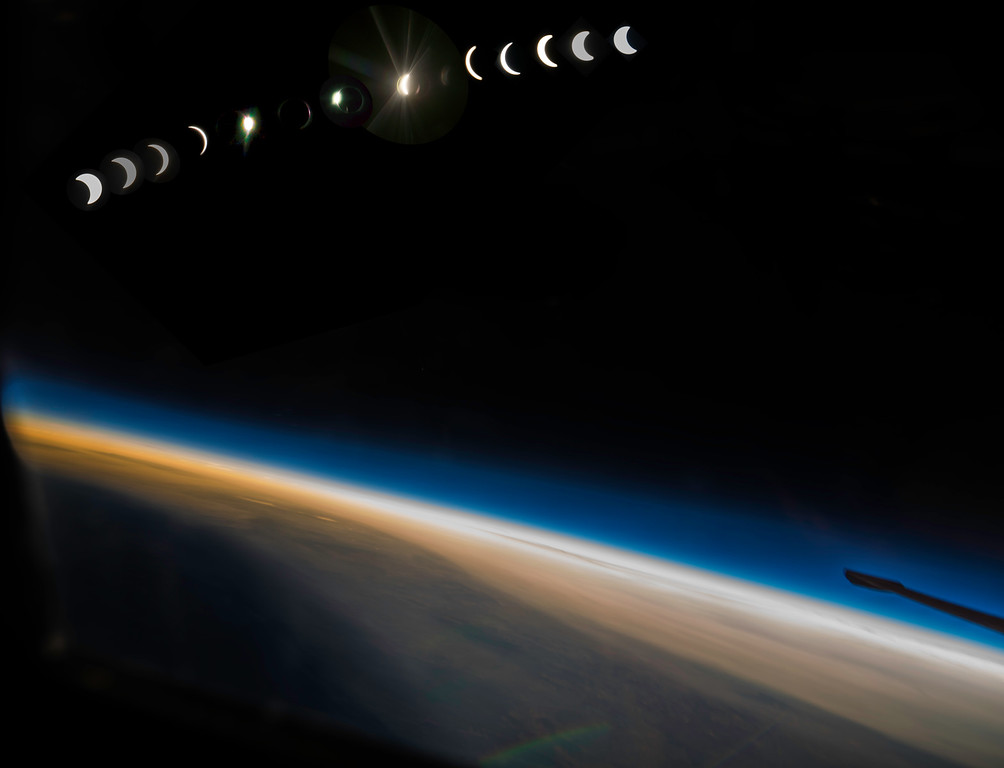 He's also taken some impressive images of just the regular old earth, too...

The photo below is of the Hindu-Kush region. Again, you can actually see the curvature of the earth because of the extreme altitude from which the shot was taken. 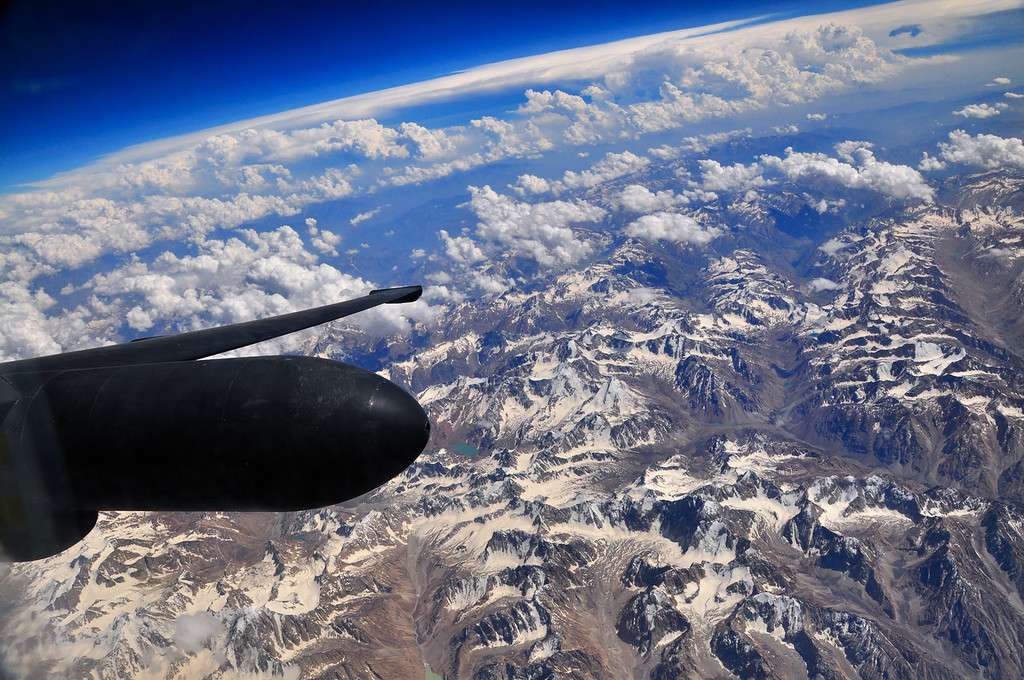 Franquemont even takes photos like a regular guy, right here on earth, just like the rest of us.

His images of the night sky show an impressive eye for composition, as you can see below. 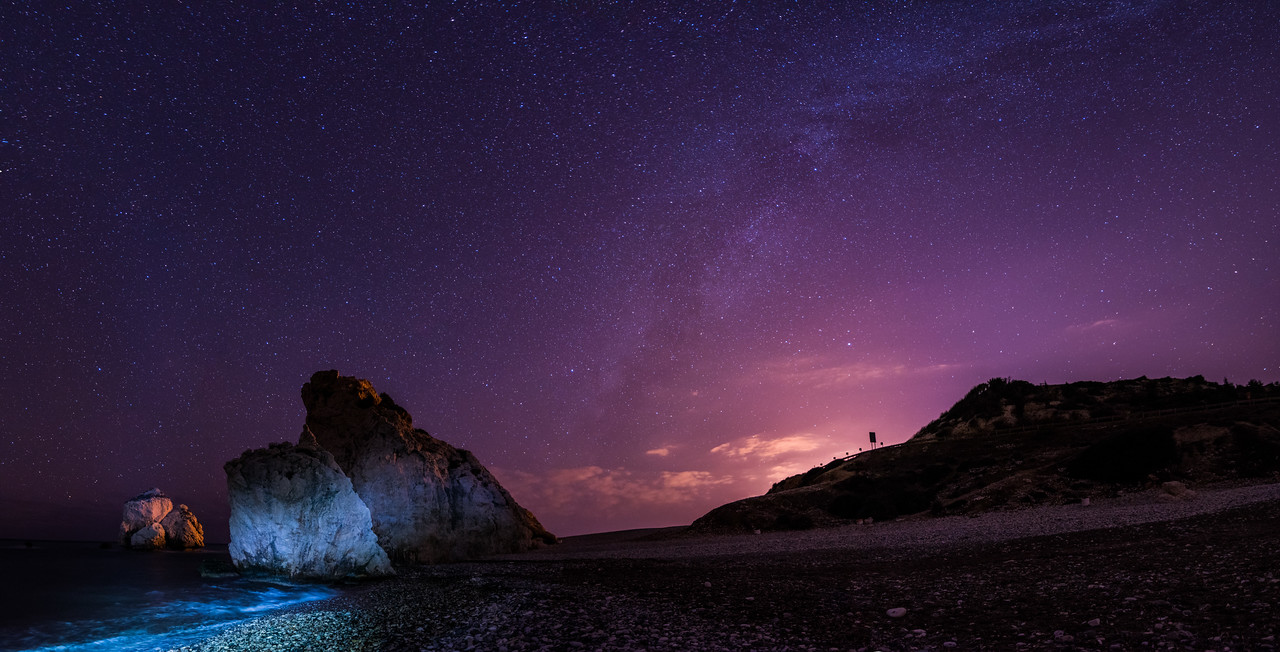 The photos included in this article are just the tip of the iceberg, though.

To explore more incredible images from above the earth (and on the earth, too!) be sure to visit Franquemont's website and his Facebook Group, and learn the story behind his callsign "Extreme Ross."

A native of North Carolina, Ross Franquemont volunteered for the Air Force, graduating from the United States Air Force Academy in 1999.

Upon graduating, he flew generals and senators around in the C-21, a military version of the Learjet 35, out of Ramstein Air Force Base, Germany.

After several years of that assignment, Franquemont interviewed for and was hired to fly the U-2 Dragonlady out of Beale Air Force Base in California. He's been piloting U-2s and serving as an instructor for the 1st Reconnaissance Squadron since 2005, apart from a short stint based in Hawaii.

As noted earlier, Franquemont began his photography exploits with a simple point-and-shoot. As he puts it, "A lot of trial and error (and many memory cards worth of photos)" have been used to create the photos featured on his website.

If you're frustrated with your photos, I hope you find as much inspiration in Franquemont's work as I have!