Point of View for Bird Photographers 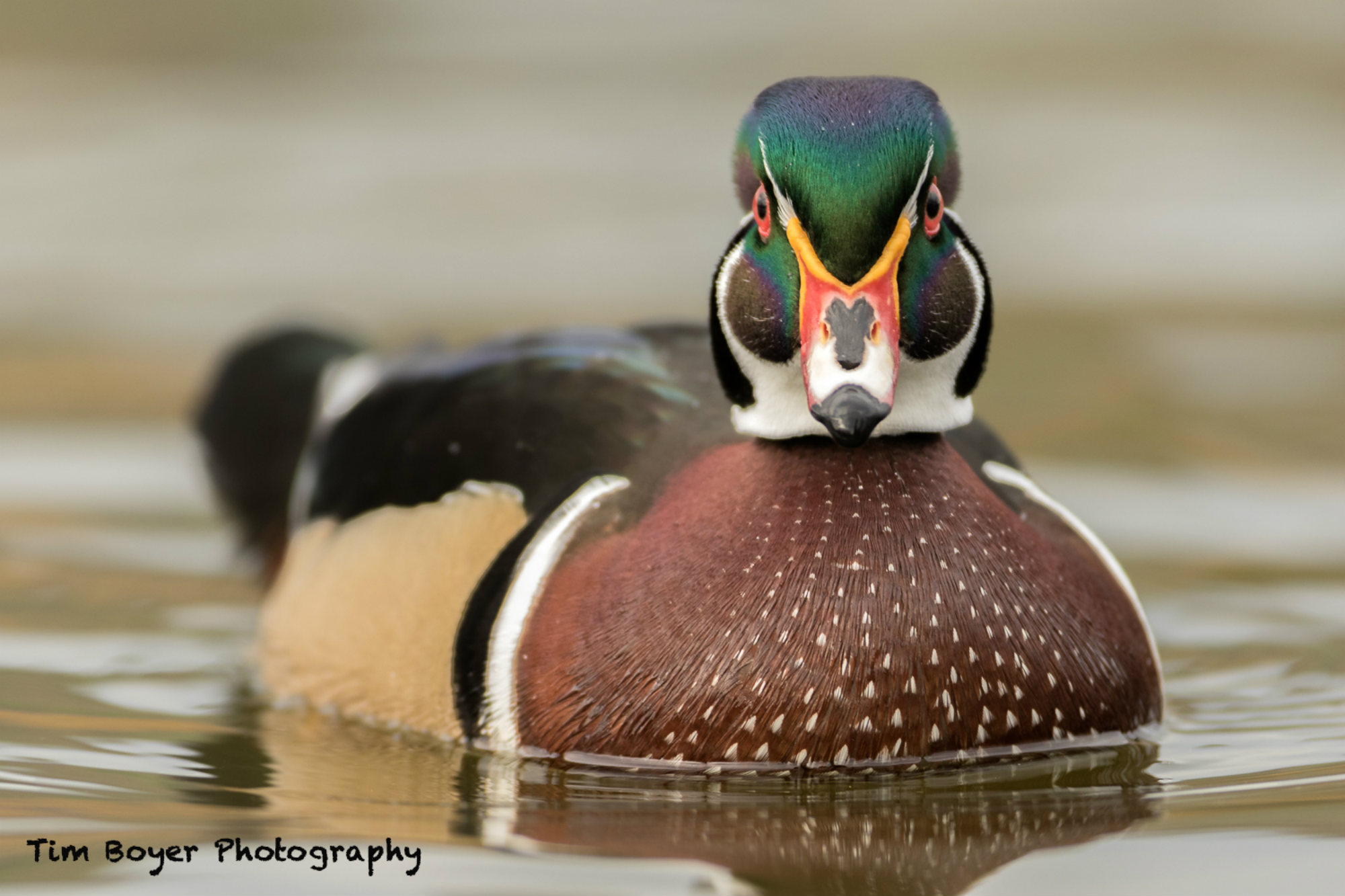 Editor's Note: This is a guest post by our friend and master bird photographer Tim Boyer.

Point of view is different than perspective. The lens and the depth in an image determine perspective.

Point of view is the relationship between the photographer and the bird (or subject). Point of view is important because getting the best angle for the bird impacts the story your image tells.

There are various ways to situate yourself in relation to your subject. Below, I offer insights into how to photograph birds. 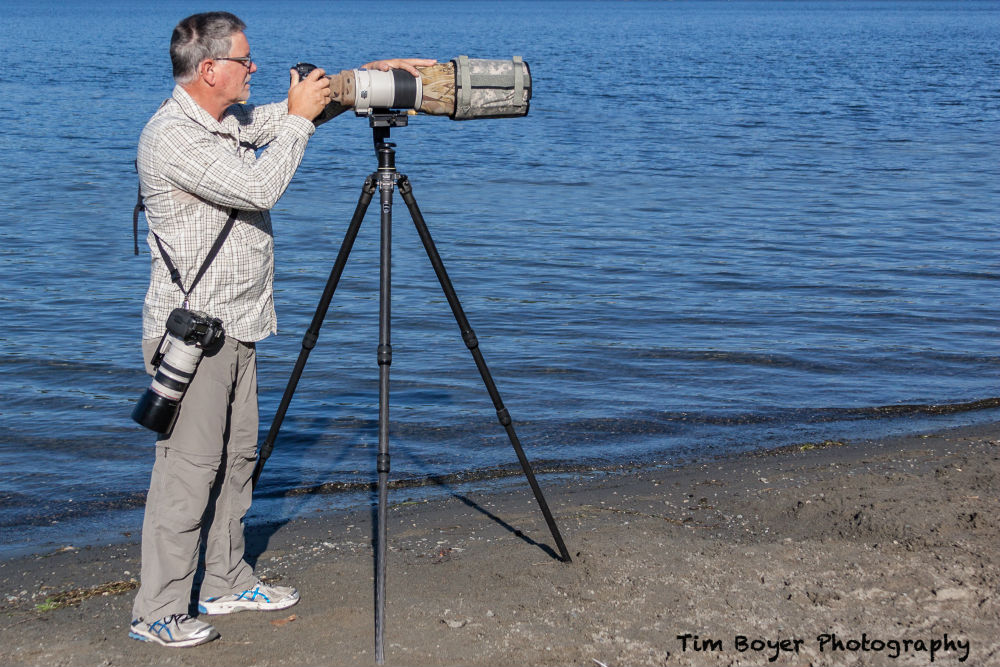 If we’re standing up and shooting down on birds, the overall story of the image might be that we’re superior or above them. When a movie director wants to make a character seem weak, they shoot from above; if the director wants to make a character seem strong, they shoot from below, looking up at the actor. Shooting eye level doesn’t add an element of superiority or weakness - it’s neutral. 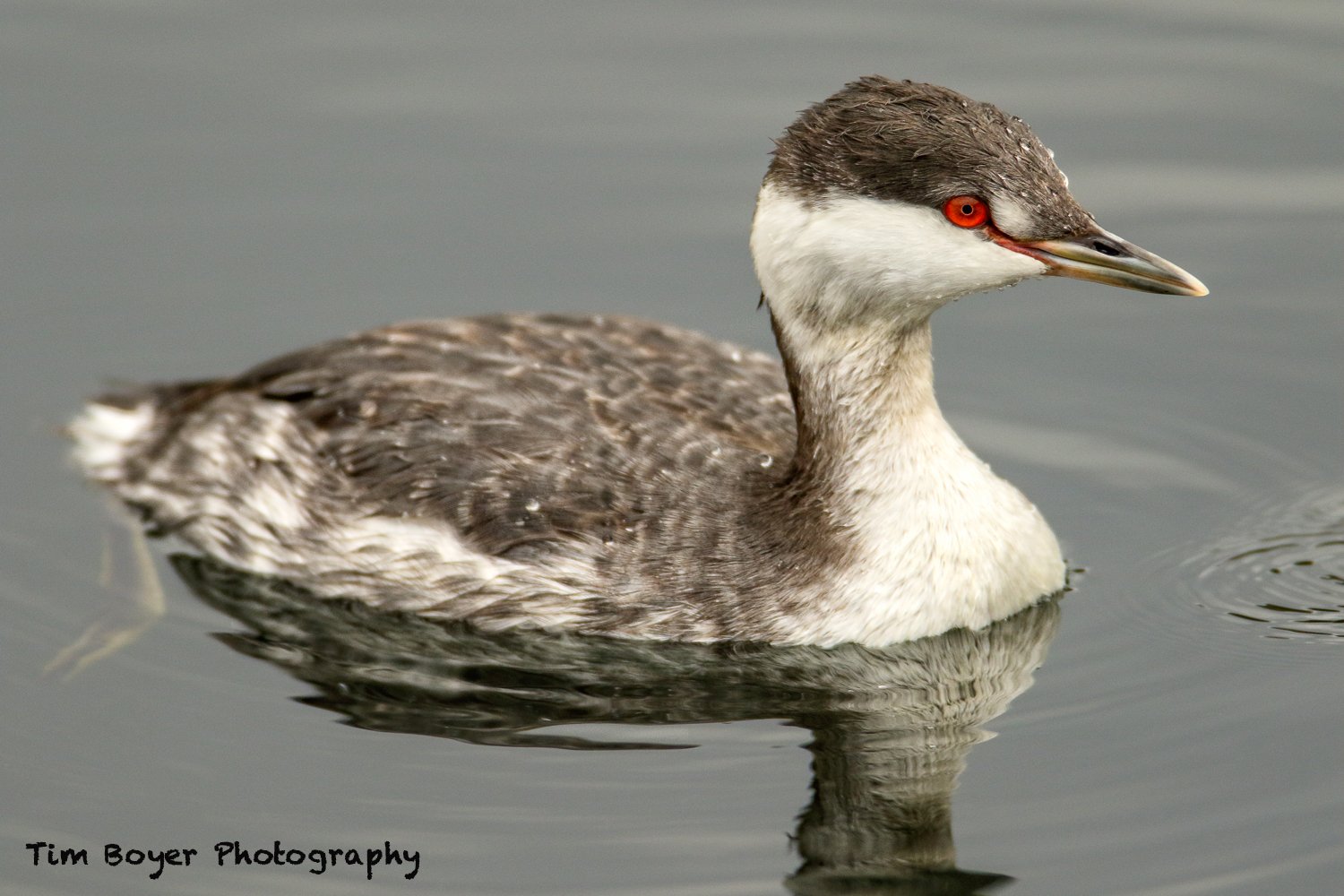 In this image of a Horned Grebe, I had my tripod fully extended and I was standing up on a dock that was a couple of feet above the bird, so I had about eight feet of height from the camera to the bird.

When I look at the image, I don’t learn that much about the bird, and I don’t connect with it. 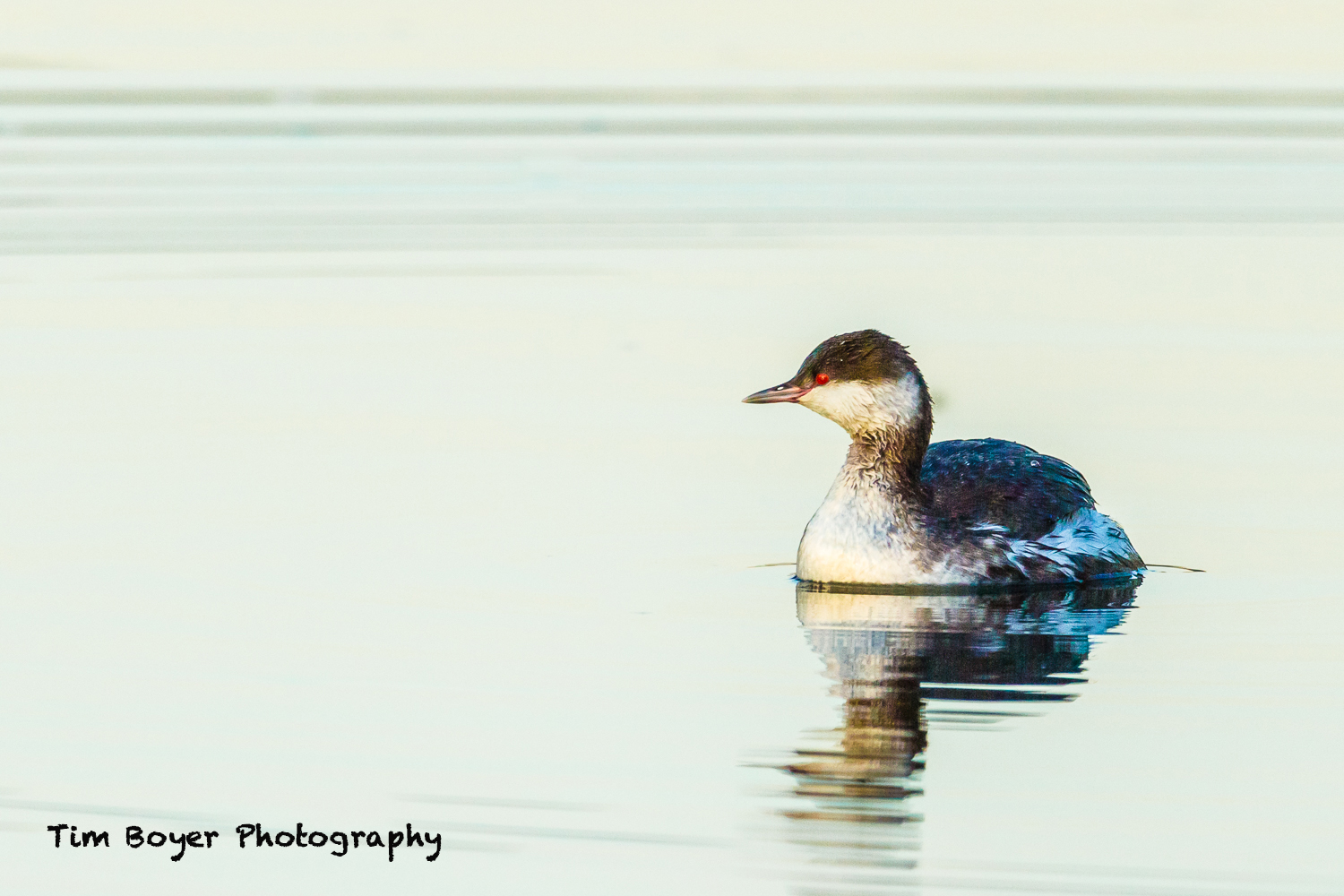 In this image of a Horned Grebe, I was sitting on a dock and the height of the camera above the bird was about two feet.

In this image, we learn more about the bird's environment and habitat on the water, but we’re closer to eye level and there’s more of a connection to the bird.

Editor's Tip: Learn more about point of view in Chapter 5 - Designing the Image, in Tim's book, Learn the Art of Bird Photography. 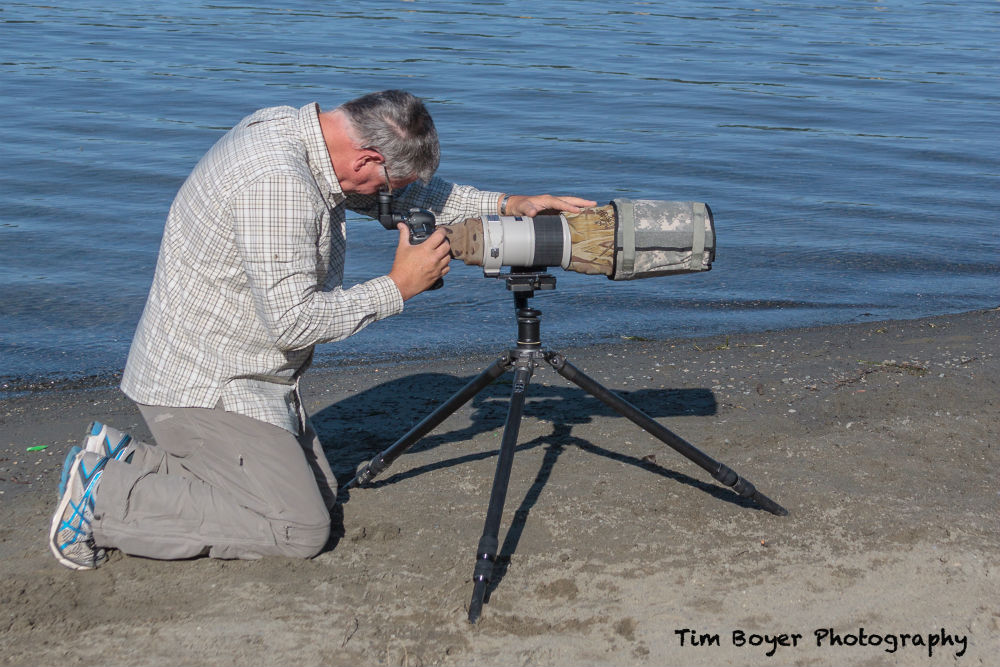 For the Black-bellied Plover image shown below, I was kneeling behind my tripod, as shown above.

Sometimes it’s just not possible to get to eye level. The small rise of sand between the bird and my camera would have blocked out too much of the bird, so I needed to shoot from a higher point of view. 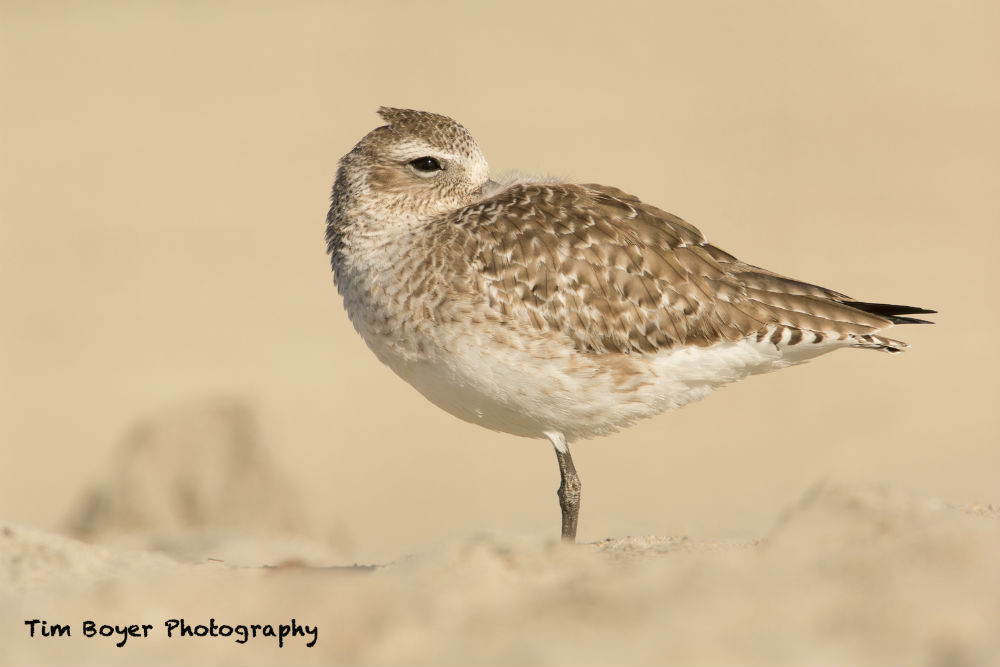 This will also be the case if you want to get a bird’s reflection in the frame.  Shoot from slightly higher than eye level to get the reflection.

It should be mentioned that I used a Canon Angle Finder C, so the camera and lens can be a little lower. If you have a flip out LCD screen on your camera, you won’t need this extra tool, and you can get your camera lower. 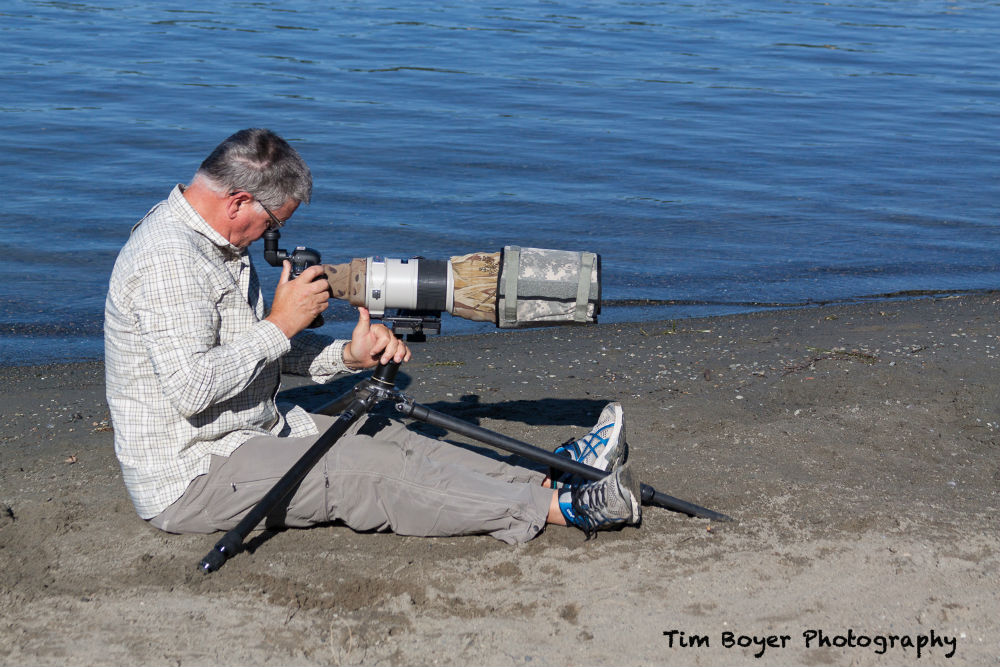 If I’m going to be someplace for an extended period of time, like waiting for some ducks to swim by, I’ll sit behind my tripod and relax until they come closer.

By not moving too much, being patient, and quiet, the birds will come back. 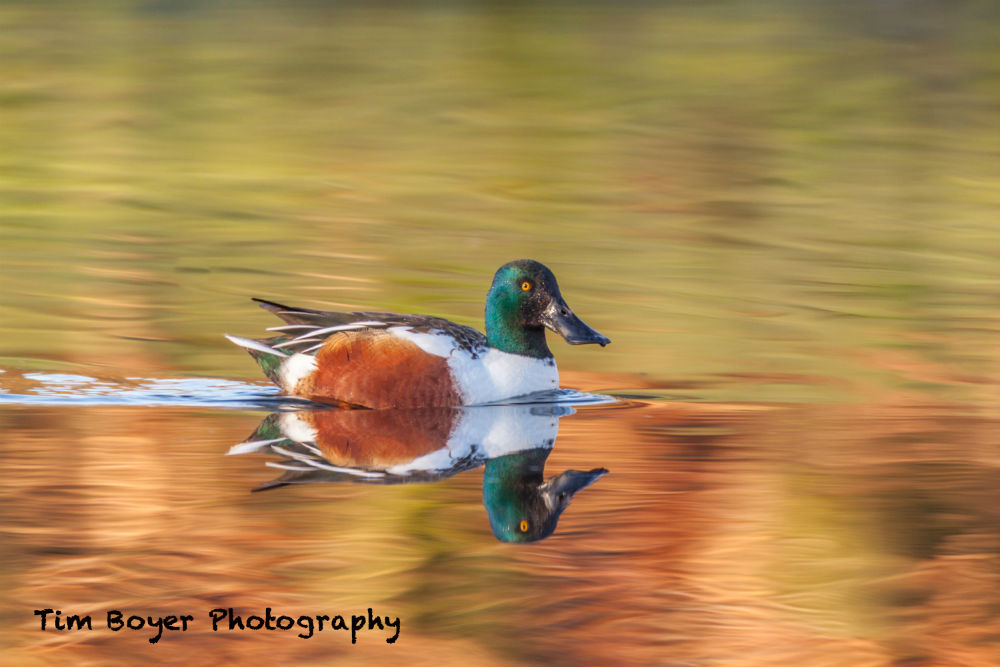 This image of a Northern Shoveler was taken after a 15 to 20 minute wait, but it was worth it. 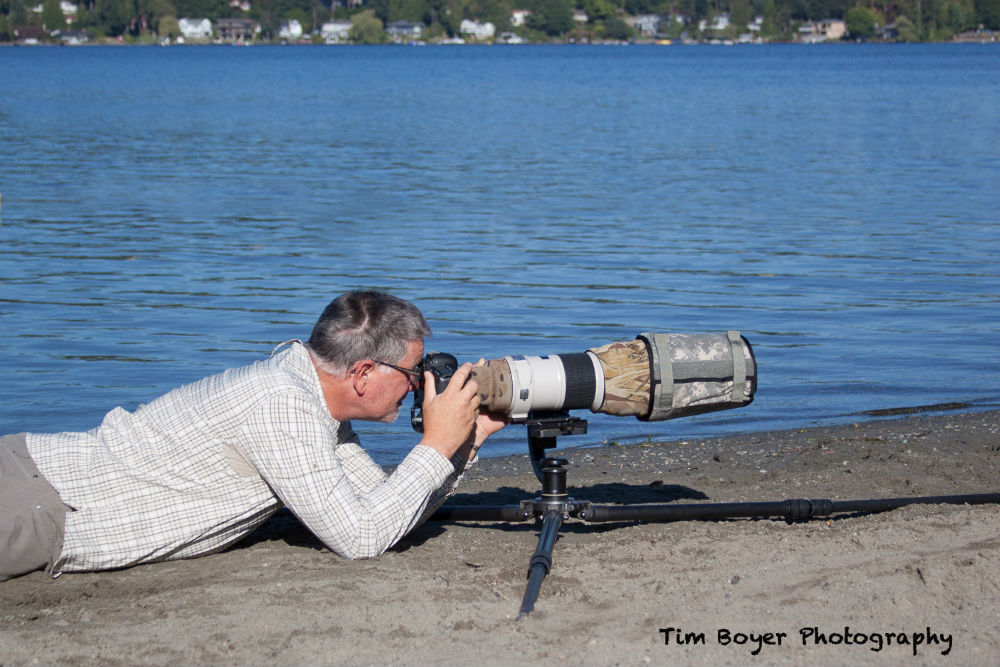 For shorebirds and waterfowl, lying down will most often be the best option to really connect and show off the bird at its best.

In the image of a Western Sandpiper below, I wore chest waders and a waterproof jacket so I could lie in the wet sand long enough for the incoming tide to push the shorebirds towards me. 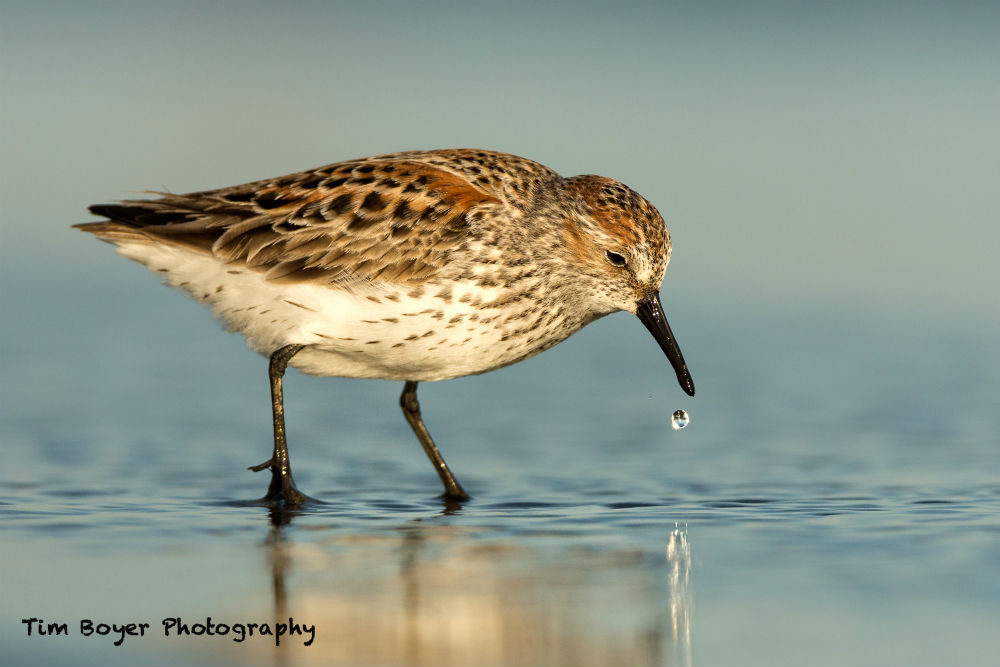 By the time they got to where I was laying in the sand, I was just part of the habitat, and I felt like I could reach out and touch them. That’s what this image says as well - we’re eye level, we’re in their world, so it is a great point of view.

Equipment Recommendations for Getting the Best Point of View

Use a tripod without a center column.

In the absence of a center column, you can flatten the tripod down all the way to the ground by spreading the legs out. 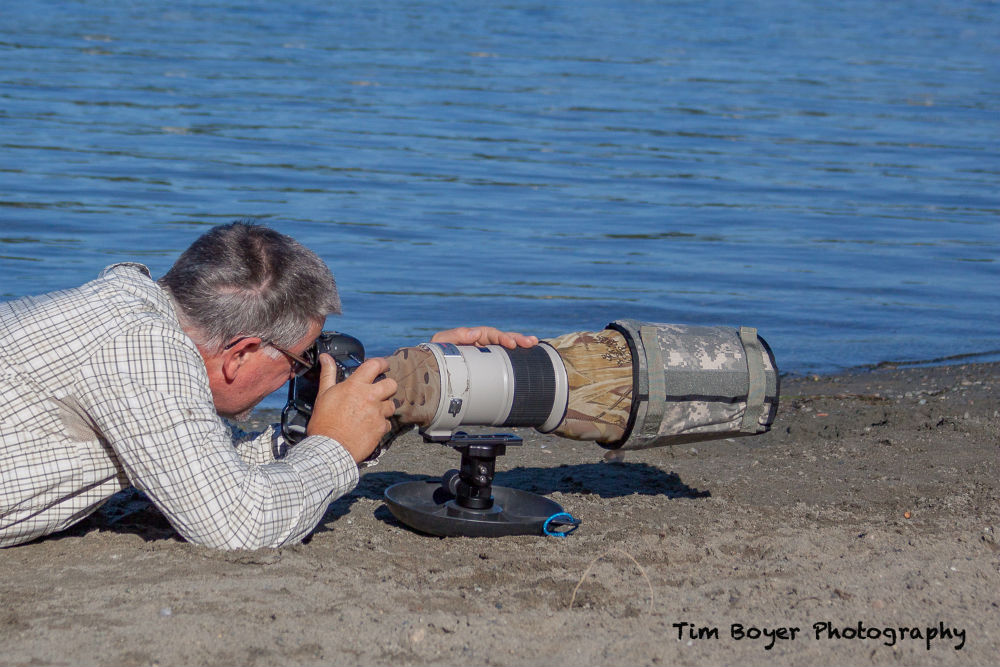 A ground pod or skimmer will help you move your camera and lens along in the sand and almost guarantees a great point of view.

In the image above, you can see how the skimmer assists me in making quick adjustments to my lens.

I also recommend knee pads for those hard sidewalks and gravel paths around lakes and ponds!

Lastly, gear up with an angle finder or use the flip out LCD screen on your camera to help you get the camera lower for an improved point of view.