70 Amazing Historical Photos You Need to See Before You Die 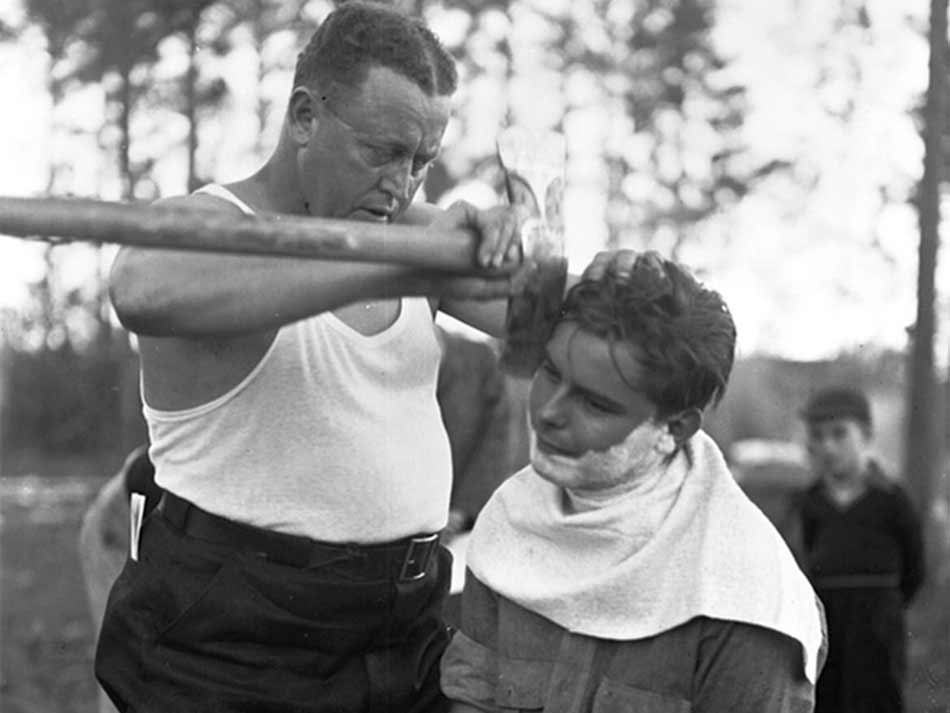 One of the best virtues of photography is that it serves as a historical record that allows us to see and experience things that occurred long before we lived.

Not only did the advent of the camera open up the possibilities of experiencing things far away from our own little world, but it also gave photographers the opportunity to record weird, wild, and fantastic things.

Of course, the camera is important for documenting life's triumphs and tragedies as well.

I was browsing YouTube this morning and came across the video above from Perfect Life.

The video is a collection of 70 amazing historical photos that will amaze, delight, and shock you.

I figured this would be good entertainment to celebrate it being Friday!

Below, I've highlighted a few of the images from the video with a little more information about each. 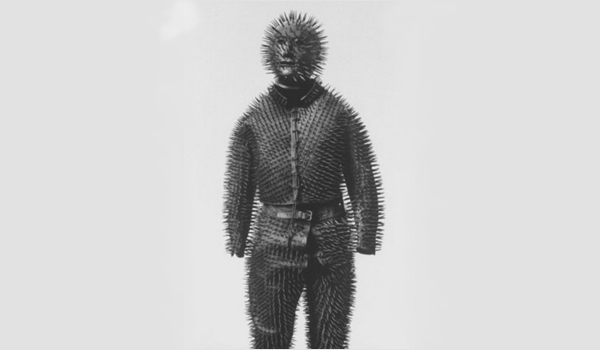 One of the first images you see in the video above is this terrifying sight.

This isn't a screenshot from a horror movie, but is an actual suit crafted in the 1800s for men to wear when they hunted bears.

The suit was made of two pieces of leather that had wood spikes and iron chains attached for safety.

Thankfully, hunter's safety has come a long way over the last 150 years.

Editor's Tip: Increase your revenue by joining our #1 recommended affiliate program. Learn how. 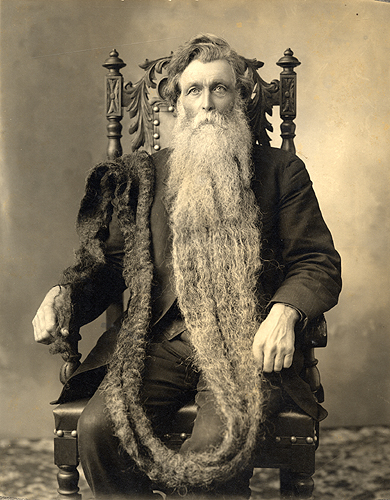 Pictured above is Hans Langseth, a Norwegian-American man who once held the title of the world's longest beard.

Langseth traveled around the United States as part of a "freak show," showing off his impressive beard to onlookers along the way.

When he died in 1927, his beard measured 17.5 feet in length. Eventually, his beard was donated to the Smithsonian's Department of Anthropology. 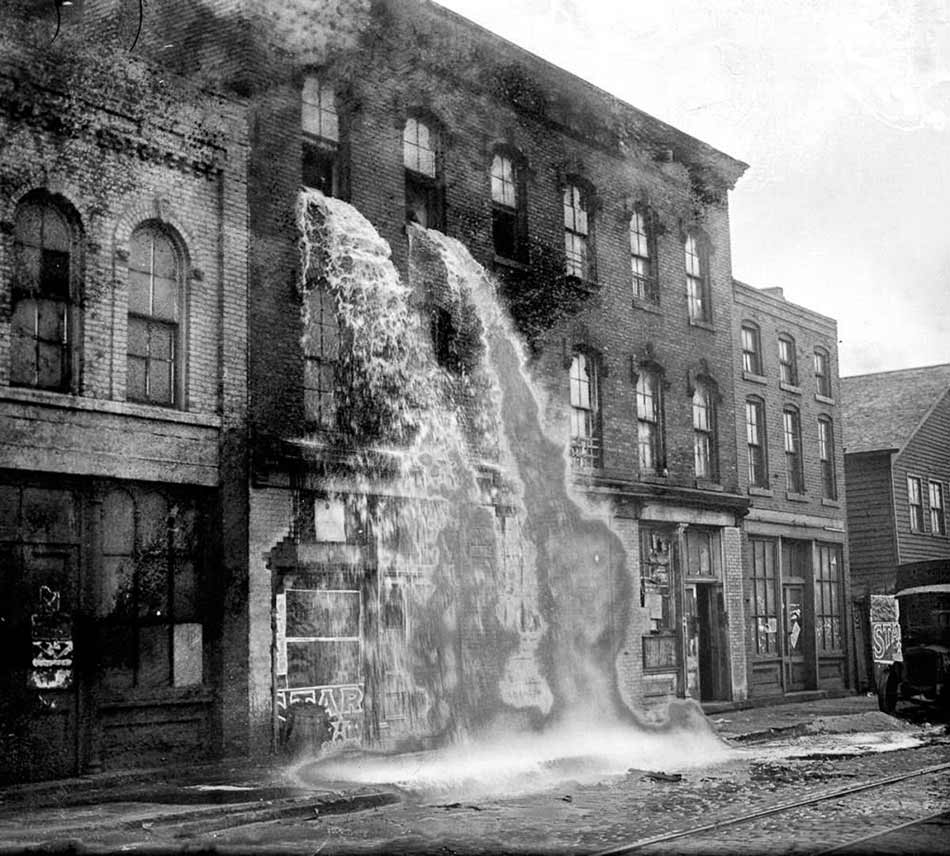 In 1929 at the height of prohibition, prohibition agents routinely raided speakeasies, breweries, and distilleries and destroyed any illegal alcohol they found.

Though displays like this one in which a lot of alcohol was destroyed, efforts by the federal government to enforce prohibition were nothing more than a losing battle.

Eventually, prohibition ended and people could once again manufacture, distribute, and drink all the alcohol they wanted. 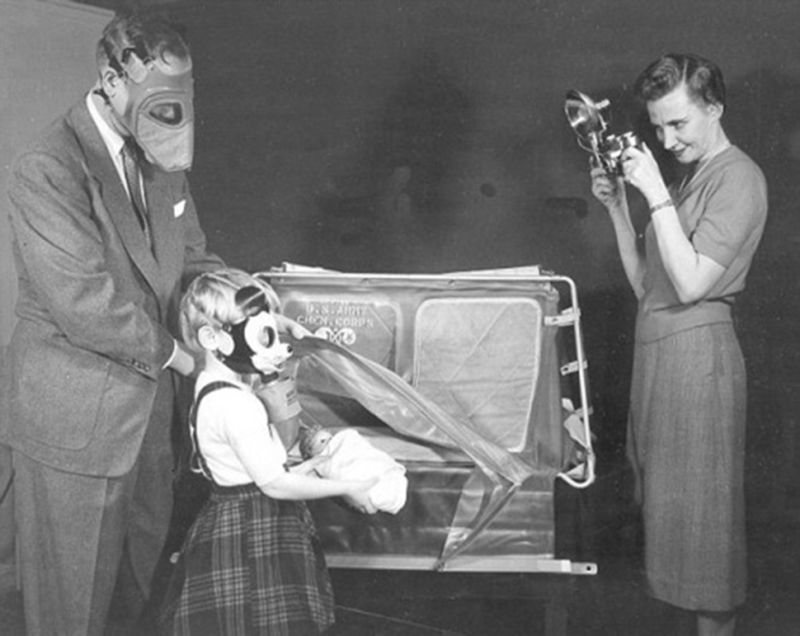 From the strange but true files, Mickey Mouse gas masks were once a legitimate thing parents bought for their kids.

To protect themselves, some families purchased gas masks. The only problem was that normal masks were too large and heavy for children to use.

So, someone came up with the idea to make Mickey Mouse gas masks specifically for kids from 18 months to four years in age.

As this Gizmodo article points out, they were intended to be used as part of a "game" to make a chemical attack less scary.

Shown above are three pigeons the good doctor used to photograph the German countryside from above.

Interestingly, he didn't originally use pigeons for photographic purposes, but instead used them to deliver medication to his patients.

Editor's Tip: Turn your photographs into fine art pieces for display on your wall. Start the process here. 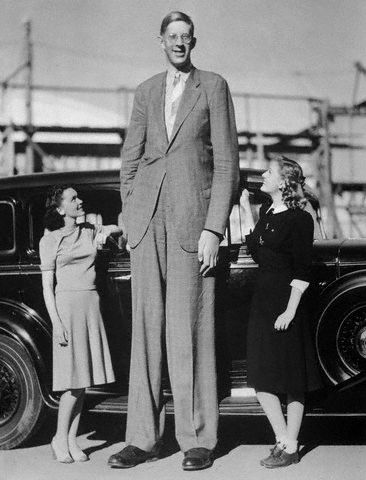 Robert Wadlow, pictured above, is the tallest known human being ever to live, with a recorded height of 8' 11.5".

His incredible height was due to a condition called hyperplasia, in which the pituitary gland (which controls growth) excretes a much higher level of human growth hormone than normal.

Because of his condition, he only lived to be 22 years of age. Had he lived longer, he would have continued to grow even taller!

Be sure to watch the complete video above for even more crazy and amazing historical photos from throughout history.