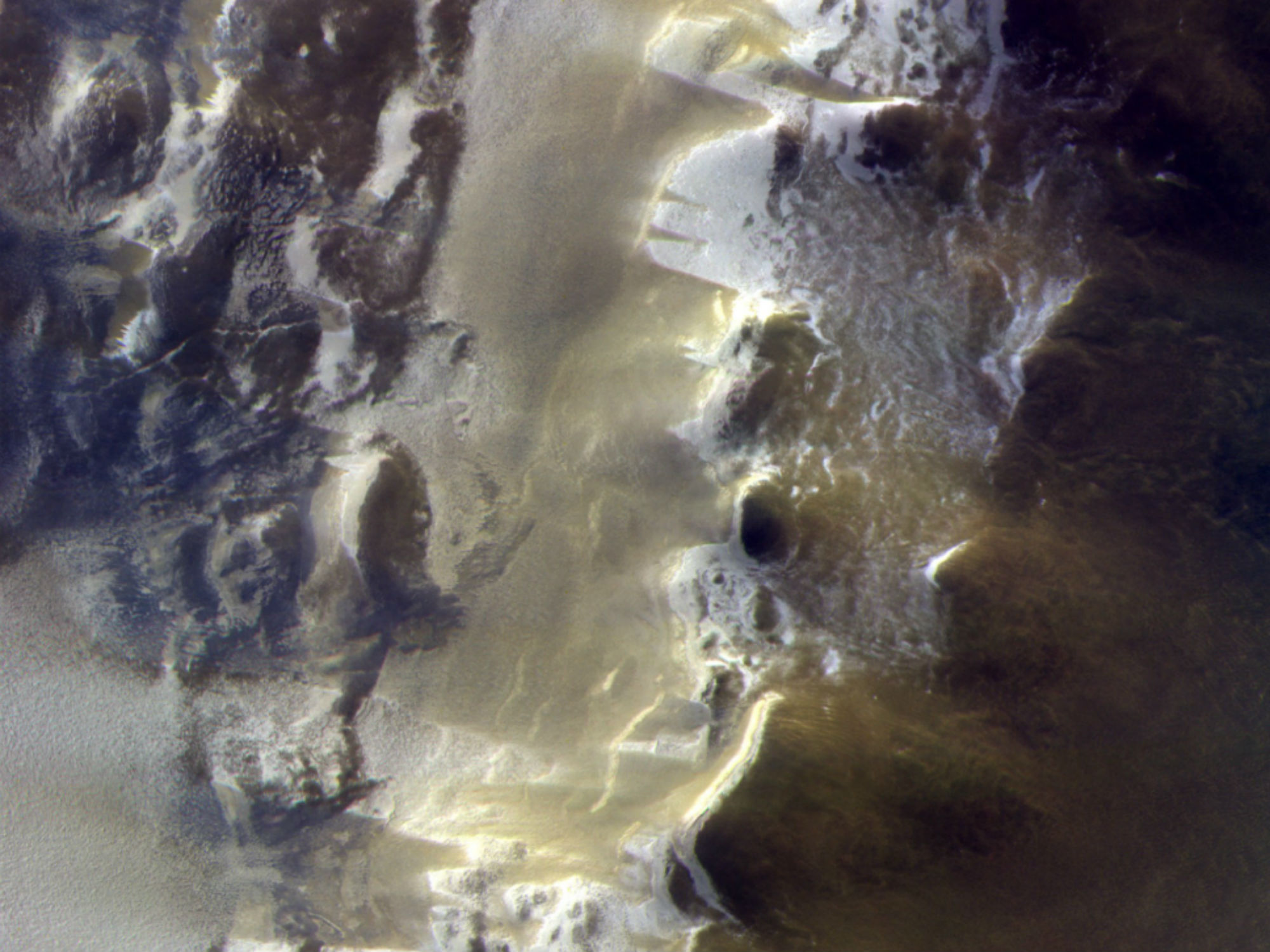 The photo you see above is of Mars, folks.

Not what you'd expect of a photo of the Red Planet, is it?

The image was released yesterday by the European Space Agency after its ExoMars Trace Gas Orbiter's camera captured a breathtaking view of Mars being bathed in sunlight.

The full photo (shown below) is of a swath of the planet that's about 40-kilometers in length, and was taken with the Orbiter's Color and Stereo Surface Imaging System, or CaSSIS.

According to a press release from the European Space Agency, the plan is to fully automate the production of images from CaSSIS to expedite getting the image data to scientists for analysis.

Editor's Tip: Don't buy another lens before you read this guide on must-have prime lenses.

The features you see include the Korolev Crater, which is located in Mars' northern hemisphere.

The light-colored areas of the photo are ice fields located on the rim of the crater.

It's often said in photography that one of the things that sets an image apart is the quality of light, and I think the European Space Agency certainly found some pretty awesome light!

What makes this photo even more special is that the Trace Gas Orbiter's job isn't to take breathtaking photos of Mars. Instead, it's job is to find gases that might indicate active geological or biological processes.

Nevertheless, this might be one of the best photos of Mars ever taken!