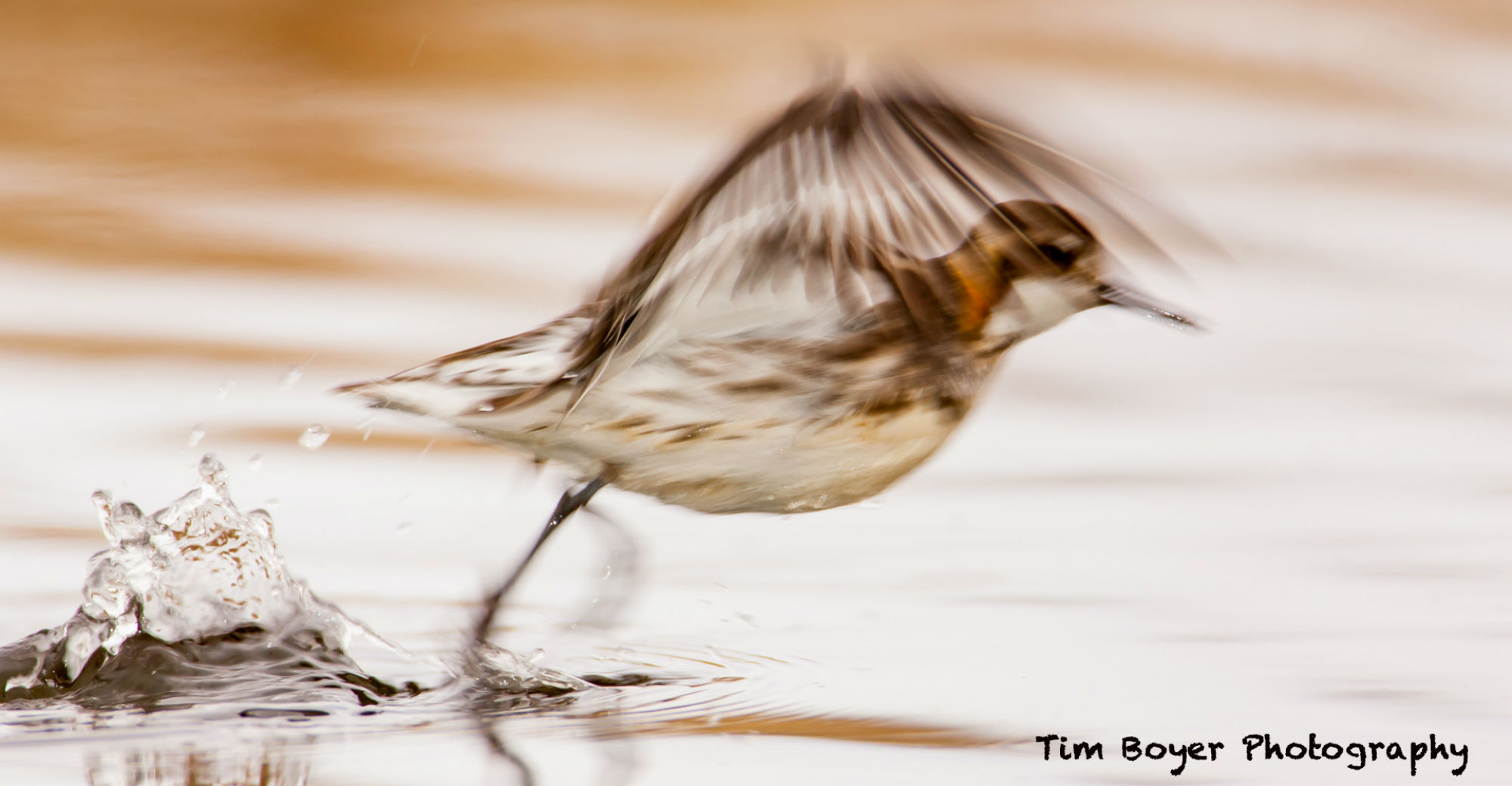 Editor's Note: This is a guest post by our friend Tim Boyer, a master bird photographer.

As bird photographers, we’re all obsessed with getting a sharp image. Most of the time, that means we focus on the eye and if the depth-of-field on the rest of the bird falls off, we don’t care. We don’t care because people make a connection to the bird if the eye is sharp.

But, what if we can take this two-dimensional medium and add some motion to it by having some wing blur? Wing blur is caused by slowing the shutter speed, but the further the bird is away from the camera and the larger the bird, the slower the shutter speed needs to be.

To get wing blur start at 1/15 of a second and move up to 1/30, then 1/60, and so on, and keep moving the shutter speed up until you get the desired effect. It takes some experimentation, but eventually you’ll figure out what you like and how best to get the results you want. The easiest/fastest way to do this is by shooting in aperture priority or shutter priority mode because you’ll only have to change one dial. 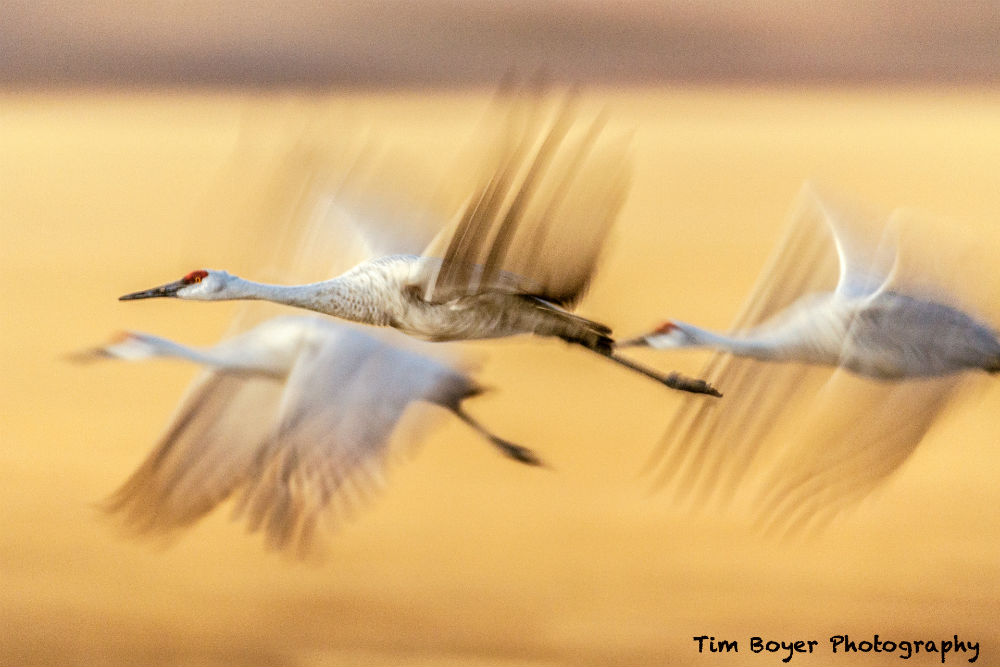 In this image of Sandhill Cranes flying to their overnight roosting ponds, a slow shutter speed of 1/20 of a second blurred the wings. Panning the camera and 600mm lens as the same speed as the birds blurred the background. The distant background of brown is a mountain range, and the foreground is a cornfield, but by panning, these were changed into a nice soft background.

To learn more about photographing birds, check out the two chapters on fieldcraft in my book, Learn the Art of Bird Photography. 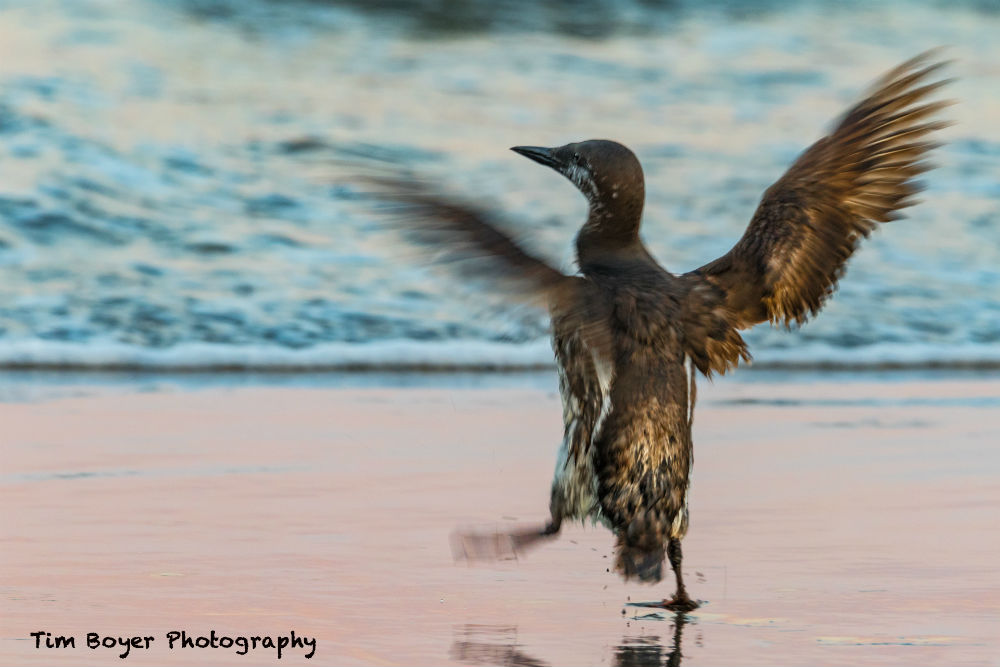 Sometimes, just by lowering the shutter speed or by shooting in pre-dawn or twilight, the wings will blur just because there isn’t enough light for a fast shutter speed anyway.

The Common Murre shown above was walking towards the water as the Western sky changed from purple to pink just before sunrise. Since it was still a little dark, a shutter speed of 1/100 of a second was used. Here, just by getting low and letting the birds walk away in low light, the wings blurred naturally. 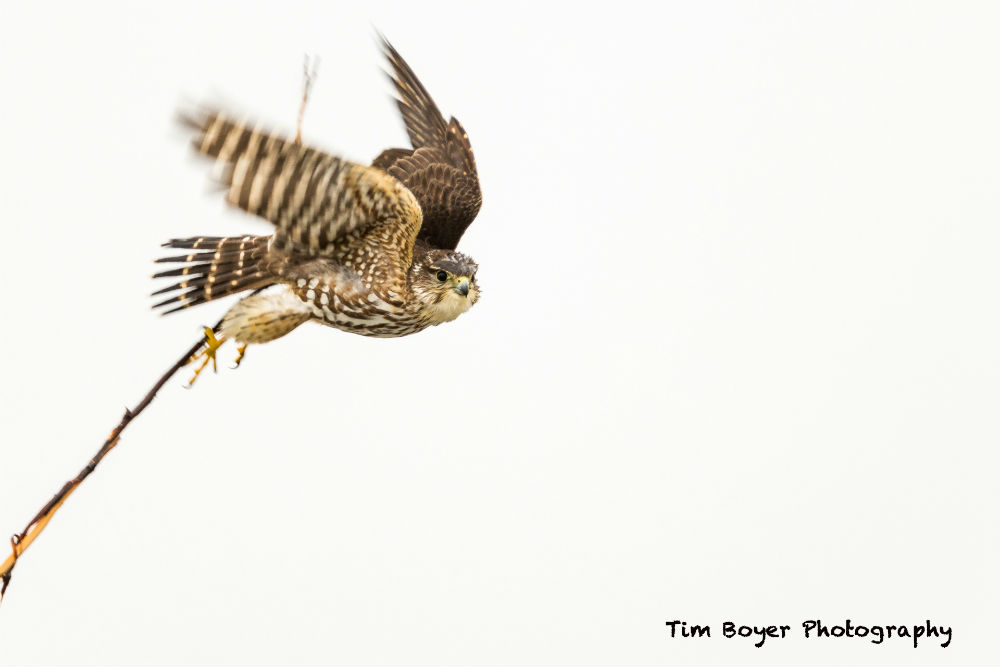 This Merlin was photographed on a rainy day on the Pacific Coast. Because it was a dark day, I only had a shutter speed of 1/500 of a second. But, as the Merlin launched itself into flight, the wings were beating fast enough that they blurred. It also helps in this case that the bird was close to the camera and lens.

It just takes some practice, and the more you get out and photograph birds, experiment with the shutter speed, and panning with the birds, the easier it will be to create something different.

Tack-sharp is good, but there’s something to be said for being creative and pushing the image in a new direction. Here's to good shooting!

Connect with Tim at: www.TimBoyerPhotography.com