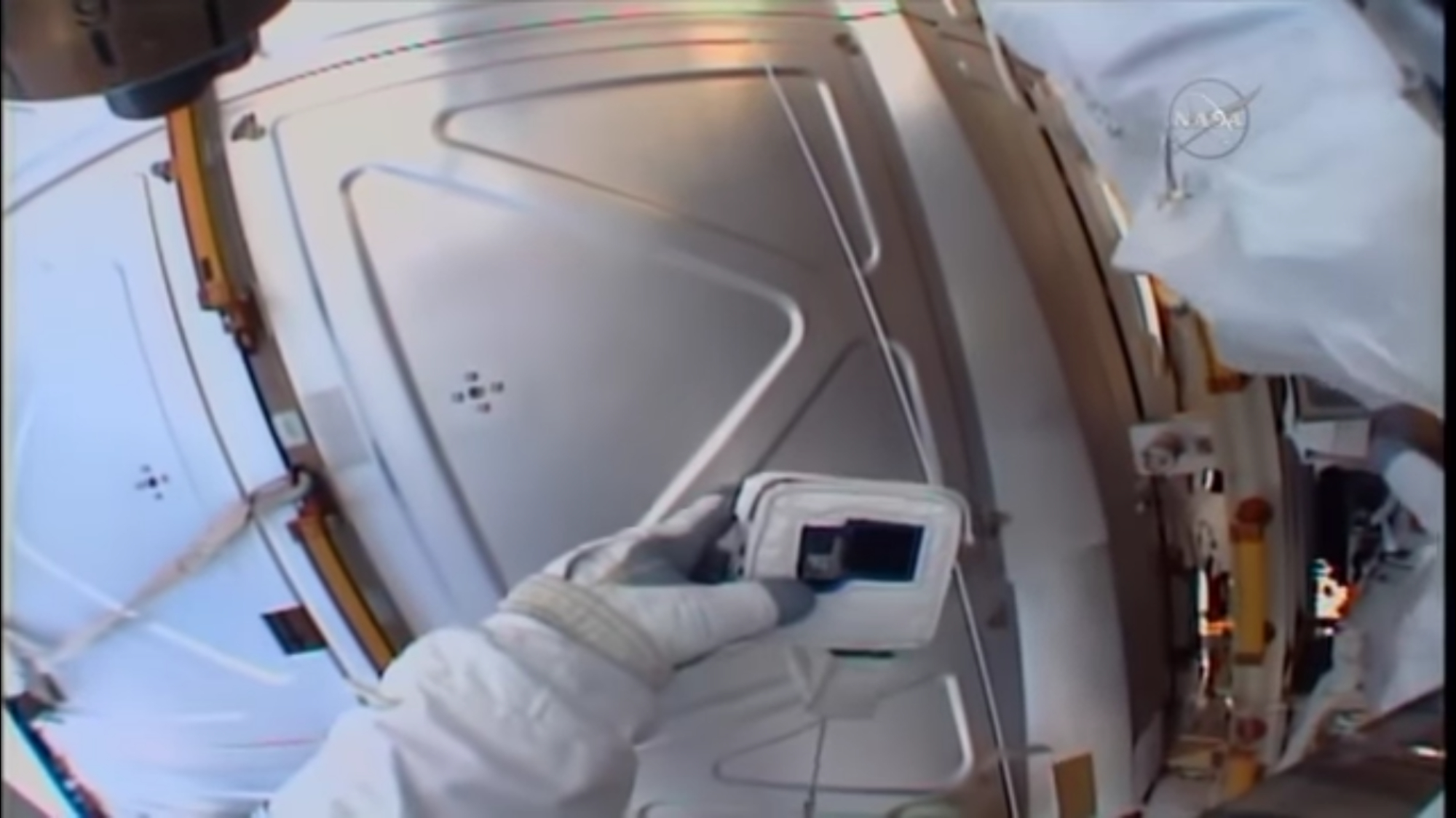 But this astronaut, thought to be Andrew Feustel, managed to leave planet earth without the SD card for his GoPro.

Unfortunately, he didn't realize the error until he was in the middle of a spacewalk outside the International Space Station.

Fortunately for us, though, the moment was captured during a NASA livestream, which the agency shared on Twitch, and PetaPixel put it on YouTube, as shown above.

The dialogue between the astronaut and ground control is hilarious:

Astronaut: “Hey, uh, Houston, I gotta ask a question about the GoPro real quick.”
Houston: “I’m all ears. Go ahead.”
Astronaut: “Pushing the button, I see a ‘No SD’. Do I need that to record? And if it’s recording, is there supposed to be a red light on?”
Houston: “I’m told that if it has the card in it, it should have a red light if it’s recording.”
Astronaut: “And if it says ‘No SD,’ what does that mean?”
Houston: “I think that means no card. We’re checking though, hang on.”
Astronaut: “Well, let’s just forget it for now. I’ll get it later. Let’s just not worry about it.”

Though the astronaut couldn't order a quick SD card from Amazon, the International Space Station does have a mighty collection of camera gear, including a treasure trove of Nikon cameras and lenses. Surely there's a spare SD card there somewhere.

Of course, getting back inside the space station to put a memory card in your camera is undoubtedly a difficult and time-consuming task.

At least NASA has a sense of humor about the whole thing. After all, they did title the video "Left SD Card at Home LUL."

But there's an important lesson here - this just goes to show that you need to check your gear bag before you head out to shoot, kids!

Via Science Alert and PetaPixel