6 World Leaders Sporting Selfies - Who Does It Best? 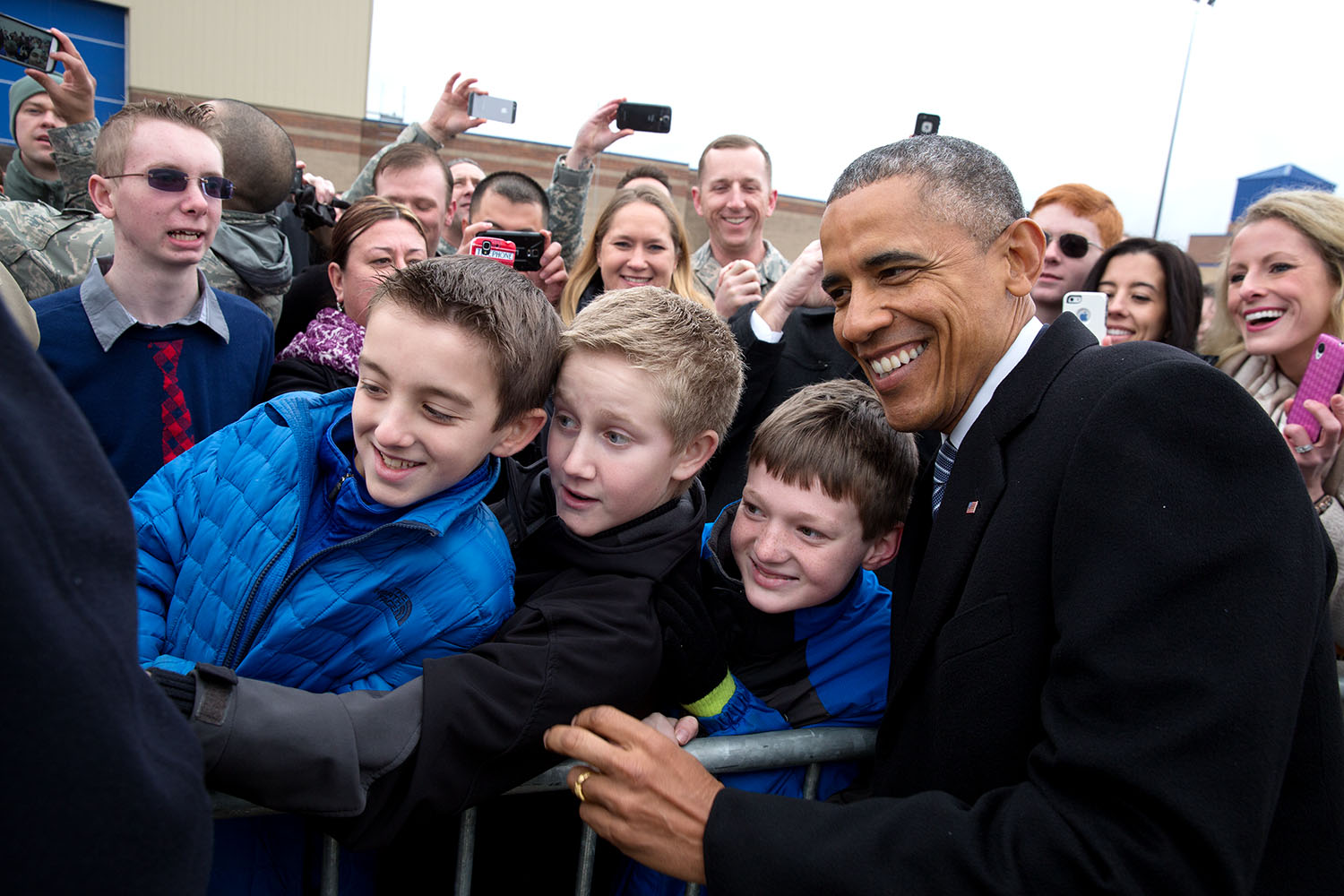 It's officially a thing...

Leaders from around the world are really into taking selfies.

I suppose it was only a matter of time, given the popularity of selfie-taking among the general public.

So, of course, the question becomes, which world leader takes the best selfies?

Here's a few world leader selfie samples for you to judge...

Editor's Tip: Your best photos deserve to hang on your wall. See what your photos look like as fine art.

A strong case can be made that French President Emmanuel Macron is the king of politician selfies.

After all, this guy made a Macron Selfie Generator that superimposes a Macron selfie into any image that you upload.

The young president is often asked to pose for selfies, and it appears that he is more than happy to oblige.

At the @V_and_A last night @EmmanuelMacron and I were proud to celebrate the extraordinary values and the talented people who link our countries. More than a century on from the “entente cordiale” let us celebrate our own “entente chaleureuse”. #UKFRsummit pic.twitter.com/X6jUQ8IC3r

Sometimes world leaders get together in the same selfie. I'm just assuming that this is like seeing Bigfoot or the Loch Ness Monster - a rare and mythical occurrence...

Above, Macron and British Prime Minister Theresa May (front, far left) pose for the camera with a group of smiling folks.

Though May doesn't get as much credit for her selfie-taking as other world leaders on this list, she throws quite a few out there, posing with her constituents on a consistent basis (sometimes she even gives them fist bumps!).

Prime Minister Trudeau is so adept at taking selfies that there have been analyses that examine the power of his selfies to mobilize voters, particularly young people.

But he isn't just the master of the selfie. He's one of a number of young world leaders that understand the power of social media as a whole to connect with the people he serves.

In fact, Trudeau's Instagram habits have also been analyzed and found to strengthen people's opinion of him as an optimistic and strong leader.

Perhaps most shocking, Trudeau is the kind of selfie-taker that will pause for one immediately after being sworn-in to office, as shown above. Talk about commitment to the 'gram!

In fact, back in 2014, her rapid-fire selfies with members of Germany's World Cup Soccer Team became something of legend.

For a leader that is often quite stoic and focused, the fact that she let loose and posed for selfies left and right truly endeared her to the German people.

That's the power of the selfie, right?!

Editor's Tip: If you're thinking about upgrading to a new camera, don't. Learn why upgrading your lens is more important.

What an honor. And we even pulled off "The Presidential Selfie" (!!)

Though President Obama is no longer in office, he's still got plenty of sway on the world stage.

That includes a long and storied history of selfies, usually with adoring fans, and sometimes, as shown above, with famous science guys, too.

But to the dismay of many, in the fall of 2017, the former president and former First Lady Michelle Obama put the world on notice - no more selfies with them.

You have to give it to the Obamas for wanting to elevate the quality of their interactions with their fans!

Singaporean Foreign Minister Vivian Balakrishnan might not be a name or face that's as recognized as much as the other world leaders on this list.

But he does have the distinction for taking the first-known selfie with North Korean Dictator Kim Jong-un just a few days ago while Kim and U.S. President Donald Trump were in town for their historic summit.

Whether these selfies were taken with normal everyday people, celebrities, or reclusive dictators, one thing remains the same - the power of photography is undeniable in bringing people together.

That makes me wonder...is the key to world peace to take more selfies?

Doubtful. But at least we can judge world leaders on their ability to pose for the camera!