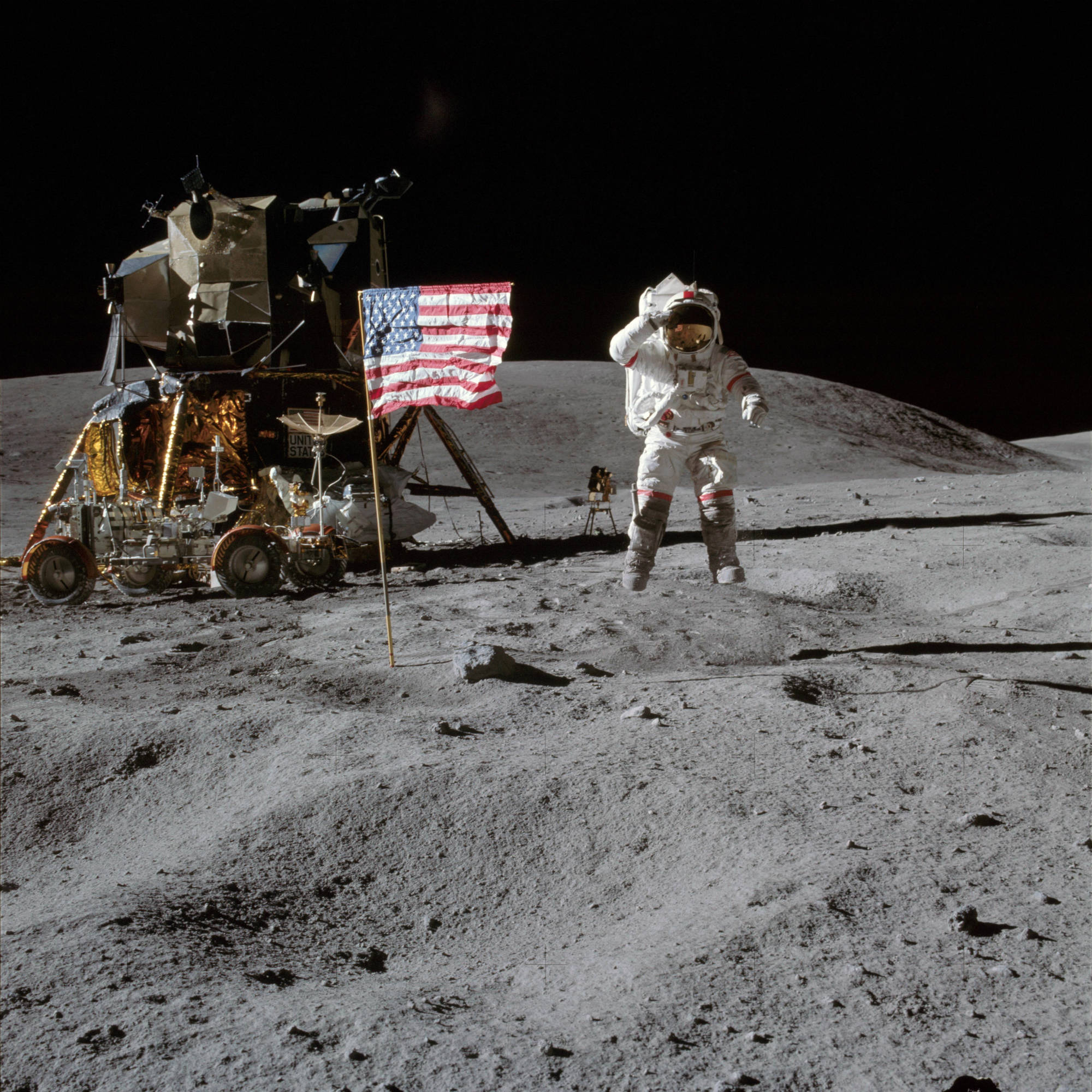 Astronaut John Young salutes the American flag while on the moon during the Apollo 16 Mission in 1972. Image Credit: NASA

From 1963-1972, NASA's Apollo missions prepared for and executed manned space flights to the moon.

That includes the Apollo 11 mission that landed on the moon on July 16, 1969, and made Neil Armstrong the first human to set foot on the lunar surface. You can watch a documentary about the Apollo 11 Mission in the video below by the Discovery Channel.

The purpose of the Apollo missions wasn't just to get humans on the moon and get them back to earth safely.

Instead, the Apollo missions also sought to develop the technologies needed for space travel, to better understand how humans might be able to function in the lunar environment, and, of course, to take the lead in the space race.

Editor's Tip: If your photos are off, it might be because you aren't using your lens correctly. Learn how to read the markings on your lens. 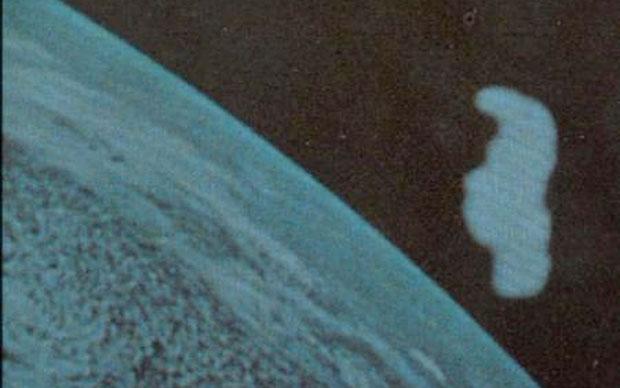 This photo, taken on the Apollo 11 Mission in 1969, shows a large anomaly that NASA has never been able to explain. Image Credit: NASA.

An unexpected consequence of these missions, though, was that still cameras and video cameras captured aberrations (like the one above) that remain unexplained to this day.

Remember, a UFO is any unidentified flying object, so it doesn't immediately mean that it's a spacecraft manned by little green aliens.

Have a look at these UFO photos from the Apollo Missions and decide for yourself what these UFOs might be. 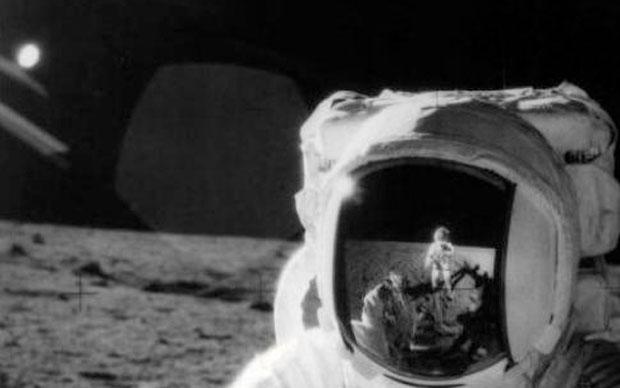 In this still capture from a video taken during the Apollo 12 Mission in 1969 - the second mission to land on the moon - you can see a bright, unidentified object in the upper-left portion of the shot.

The object appears to be far too small to be the sun or the earth, so what is it? 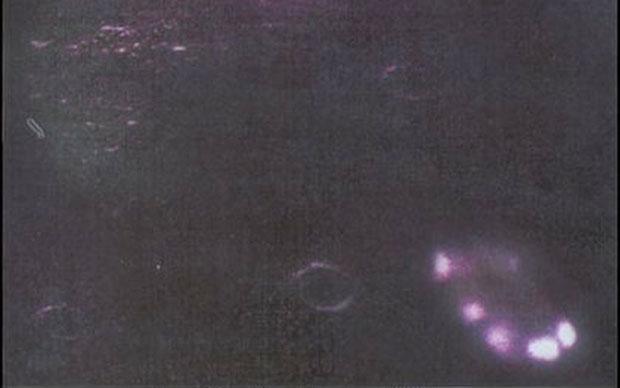 During the Apollo 14 Mission in 1971, cameras captured these strange, circular-shaped lights.

The theory is that it's simply a reflection of the lunar lander's lights... 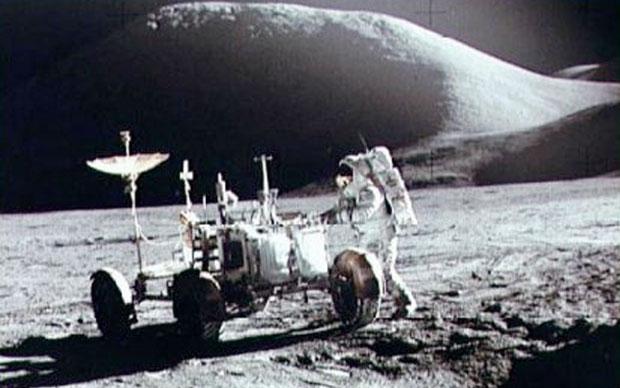 Later in 1971 on the Apollo 15 Mission, cameras captured what is perhaps the most UFO-looking UFO photo.

As Astronaut James Irwin worked on the Lunar Rover seen in the image above, an object appears to be emerging from behind the hill in the upper-right portion of the photo.

The flat, disc-shaped object is a perfect representation of what people think of when they think of UFOs.

Apollo 15 had the distinction of being the first mission to the moon that utilized a Lunar Rover.

Astronauts David R. Scott and James B. Irwin spent three full days on the moon, in part, driving the Lunar Rover around to collect samples and conduct experiments.

Learn more about the Apollo 15 Mission in the video above by Jeff Quitney.

Editor's Tip: Not sure where to take your next photography adventure? Consider these reasons why Monument Valley might be the ideal photographer's paradise. 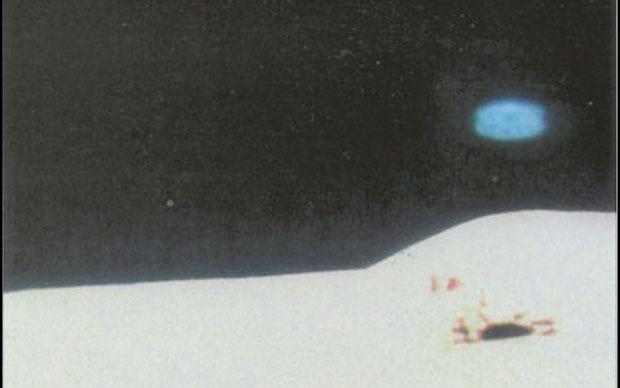 On that same mission, yet another photo was taken of a very UFO-looking object.

This time, a blue, saucer-shaped object was photographed hovering above the lunar surface. 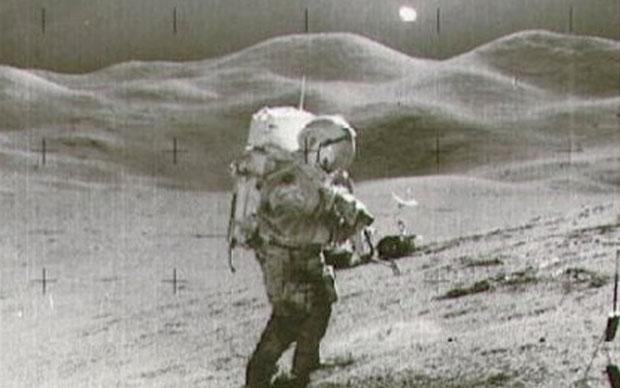 And again during the Apollo 15 Mission, we have another photo with an aberration that sure looks mysterious.

The bright object in the background of the photo above appeared above the horizon and astronaut David R. Scott as he explored the Mount Hadley area of the moon. 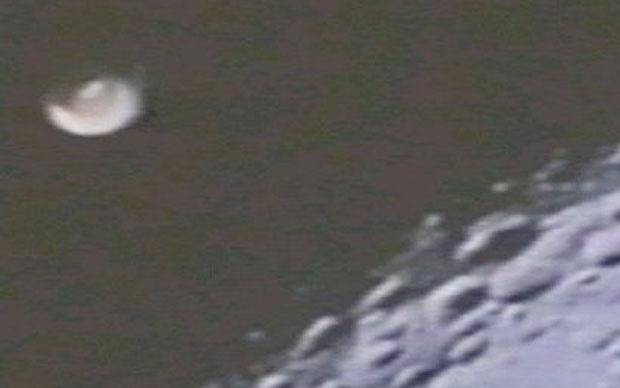 Though this shot from the Apollo 16 Mission in 1972 appears to show a classic UFO in all its glory hovering above the surface of the moon, NASA has a very good explanation for what it actually is...

The camera on the lunar lander was positioned in a way that it captured the bottom of a boom that extended outward from the lunar lander, resulting in a photo of a "UFO." 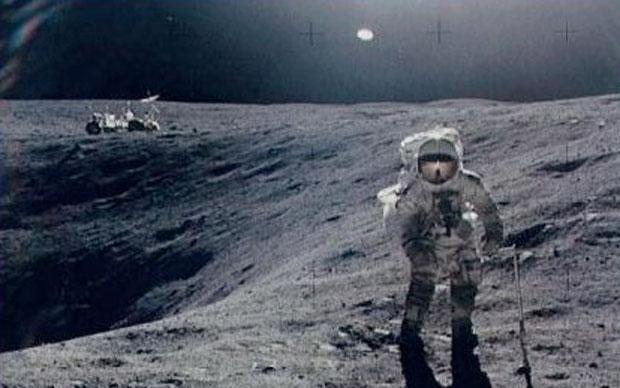 Also on the Apollo 16 Mission, this photo seems to show a bright object hovering above the moon as Astronaut Charles Duke takes a stroll.

Can it - or any of the other UFOs shown in these photos - be easily explained? Most likely...

But whether or not these UFOs are actually UFOs or simply anomalies in the film used to take the photos, these images still trigger one's imagination about the possibility of other life out there.

For more details on the Apollo Missions as a whole, check out the video above by NASA.

The video, produced in honor of the 40th anniversary of the Apollo program, offers an excellent overview of each mission.