Stories of Lost Cameras That Were Found Under Amazing Circumstances 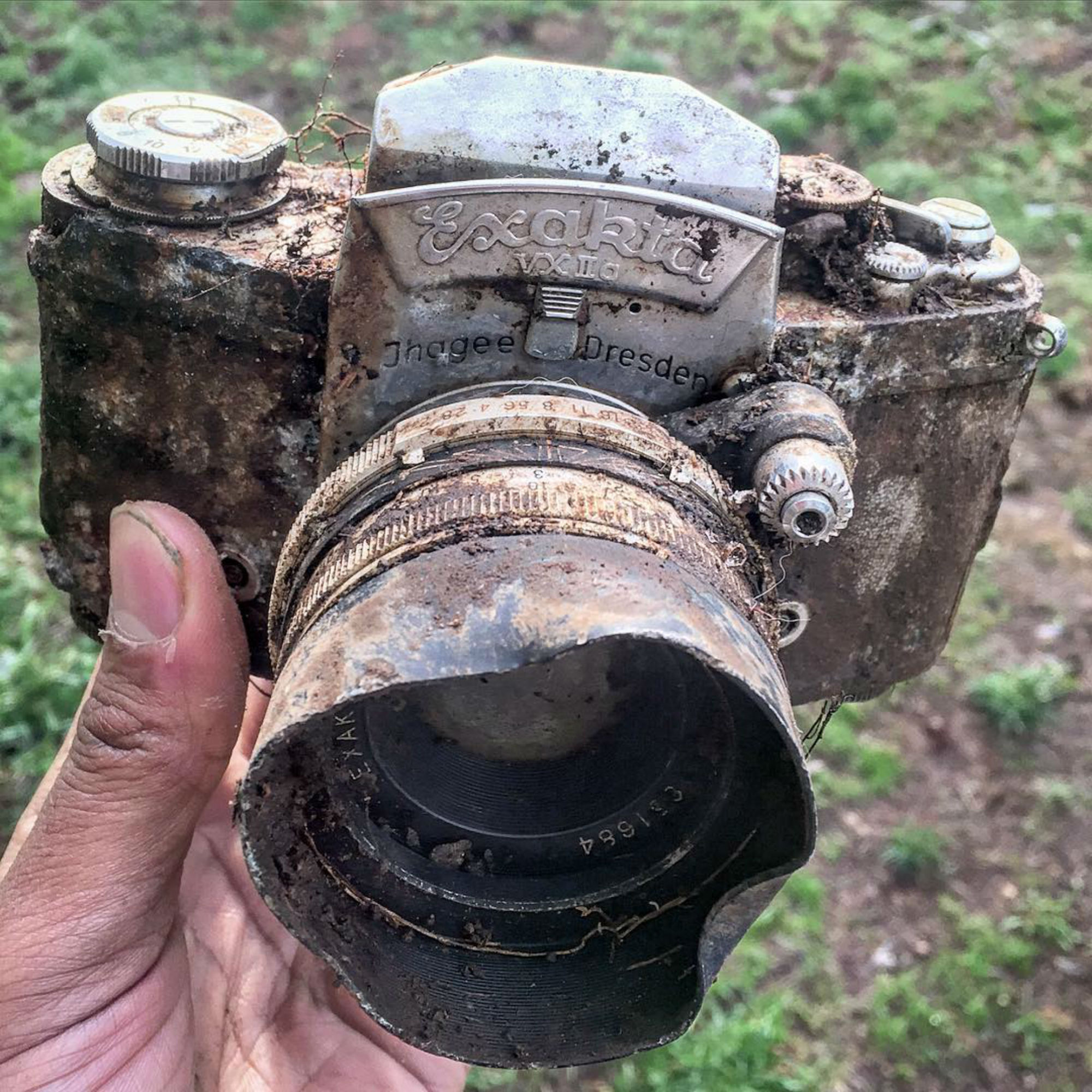 If you've ever lost a camera before, you know the sinking feeling that occurs when you realize it's gone.

Not only does losing a camera mean losing an expensive piece of gear, but it often also means losing the memory card or film that's inside it, too.

And while most lost cameras are never found again - or if they are, they're in such bad shape that the images inside can't be recovered - there are some truly incredible lost camera stories of cameras finding their way back to their owner months, and even years, after they were lost.

Here's an overview of how lost camera photos helped people reunite with their cameras in amazing ways.

Editor's Tip: Your favorite photos should be on your wall, not an old memory card. See what your photos look like as fine art.

On a bright, September day in 2017 in Yorkshire on the east coast of England, a boy and his family were out enjoying a day at the beach.

The boy was armed with a GoPro camera which he used to record the day's festivities.

But at one point, the boy wandered off, leaving the camera behind as the tide swept in.

It remained recording as it was taken under the waves, disappearing into the sea.

Fast-forward to the following January, and that very camera washed ashore on the tiny island of Süderoog off the western coast of Germany.

There, the tiny island's only three inhabitants found the camera, watched the footage, and were able to determine that it originated in England.

To reunite the camera to its rightful owner, its rescuers uploaded the video you see above to Facebook. Amazingly, the story of the mysterious camera found its way to the family that lost the camera.

Months later, the family met their knights in shining armor in Süderoog to get their camera back, hundreds of miles away from where it was lost.

See More: Man gets camera back three years after losing it in a creek in the Adirondack Mountains.

Man Catches Lost Camera on the Bottom of Lake Tahoe

Back in 2014, Stephen Garnett was fishing in Lake Tahoe in about 200 feet of water.

He managed to snag something on his line, and when he reeled it in, he realized he hadn't caught a fish, but caught a camera instead.

His wife, Jamie, was a photography enthusiast, so she took it upon herself to see if the camera's memory card still worked.

Fortunately, there were some fairly identifiable photos on the memory card, including some of a lacrosse team.

The Garnetts posted a few photos from the memory card on Facebook and also contacted the team to see if they knew who the camera belonged to.

Low and behold, the magic of Facebook paid off when the owner of the camera, Jana LeVitre, identified the camera as being hers.

Naturally, LeVitre was shocked to discover that the camera she'd lost while sailing had been found, and even more shocked that its images were still intact.

In 2016, two hikers, Ethan Field and Ron Campbell, were hiking in Oregon's Columbia River Gorge when they happened upon a camera.

As they untangled it from the earth, they realized that this wasn't just any camera, but a really old camera.

It was an Exakta camera with "Made in Easy Germany/USSR" etched on the side.

To their surprise, the camera contained a roll of film, too, though given the camera's condition, they didn't think anything could be retrieved from the film.

Evidently that was the case, because a quick search revealed no new information about this story in the two years since the camera was found.

GoPro Lost for a Year in a River is Found, Returned to Owner

Kyle Puelston was vacationing with his family one summer, spending the day jumping off cliffs along the Temperance River in Minnesota.

All went well until Puelston jumped in the river and felt his GoPro come off his head.

Though he swam around and searched for the camera for 30 minutes, he couldn't find it.

Thinking that the camera - and all the family vacation photos and videos on it - were lost forever, Puelston went on with life.

Then, almost a year to the day that the camera was lost, two brothers found the GoPro while snorkeling in the river.

Chris Flores - one of those brothers - took the camera home and began sifting through the images on its memory card.

He was able to still-frame an image from a video the Puelston had taken during a SWAT training exercise as part of his job as a Sheriff's Deputy and identify the county for which he worked.

The rest, as they say, is history.

Flores returned the camera, but Puelston was so grateful, he told Flores to keep it. Besides, he'd already bought a replacement!

Editor's Tip: Considering buying a new camera? Learn why a new lens is a better investment than a new camera.

As far as lost camera journies go, this might be the longest on record...

In August 2007, Lindsay Scallan was vacationing on Maui when she lost her camera.

Naturally, she never thought she'd find it, let alone that someone else would find it years later.

But that's exactly what happened when a China Airlines employee happened upon the camera on a beach in Taiwan more than five years and 6,200 miles later.

So, China Airlines did what any good samaritan would do - they retrieved a few photos from the memory card and posted them to Facebook.

Amazingly, a friend of Scallan's saw the images online and contacted her. From there, she was able to get in touch with China Airlines to claim the camera as hers.

As an added bonus, the airline offered her a free trip to Taiwan to claim the camera!

See more: After three years adrift in the North Sea, this camera was returned to its rightful owner.

College Student Loses Camera in the Sea While Scuba Diving, Gets it Back Two Years Later

In yet another story involving a camera lost at sea, Japanese college student Serina Tsubakhara lost her Canon G12 camera while scuba diving off the coast of Japan in 2015.

Two years later, the camera was found on a beach in Taiwan by a schoolteacher and his students as they cleaned up the beach for a community service project.

The teacher, Park Lee, was amazed to find that the barnacle-covered camera case held a perfectly intact and functional camera inside.

Not only was the battery still charged, but the memory card was still working, too.

Lee took some of the photos off the memory card and put them on Facebook, hoping to find the camera's rightful owner.

Amazingly, it took less than 12 hours for Tsubakhara to see Lee's post and contact him about getting her camera back.

I suppose the moral of the story here is that if you lose your camera, check Facebook to see if someone's found it!