NASA Releases Most Astonishing Photos of Jupiter to Date 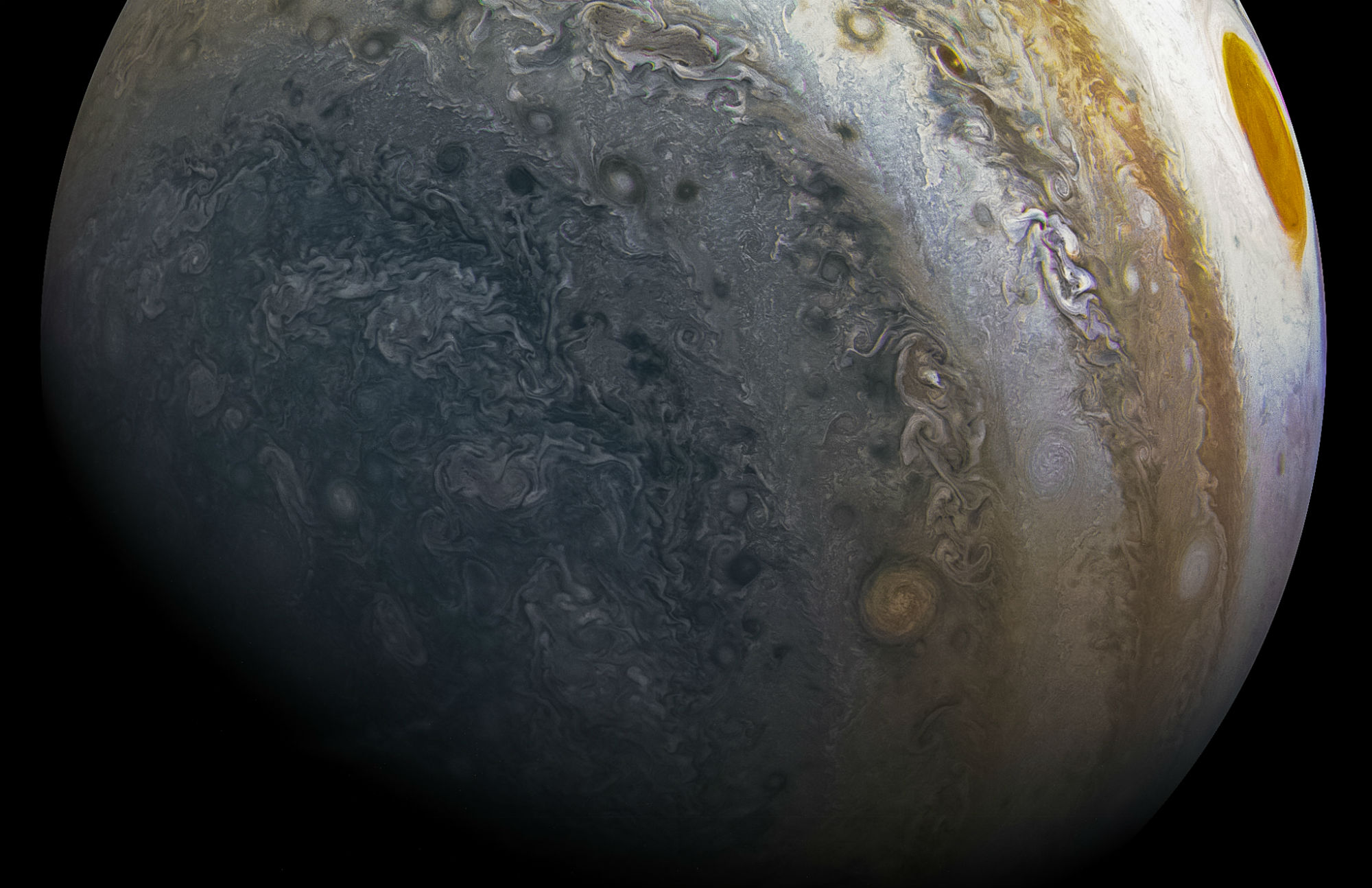 I've written before about NASA's Juno spacecraft and what an incredible photographer it is.

Since it took up its orbit around Jupiter in 2016 after a five-year journey to get there, it's taken some truly breathtaking photos of our solar system's largest planet.

But its latest photos of Jupiter - taken in May of 2018 - might be the most astonishing yet.

This photo, taken just 4,900 miles above the clouds, show's Jupiter's North North Temperate Belt, the reddish-orange band of clouds just to the left of center.

This belt is mostly cyclonic, rotating in a counter-clockwise direction.

The gray, circular area within the belt is an anticyclone rotating in the opposite direction.

If you think it looks incredible from above, just imagine what this feature looks like from below...

Editor's Tip: New cameras are great, but new lenses are even better. Learn why upgrading your lens will have a bigger impact on your photos than upgrading your camera. 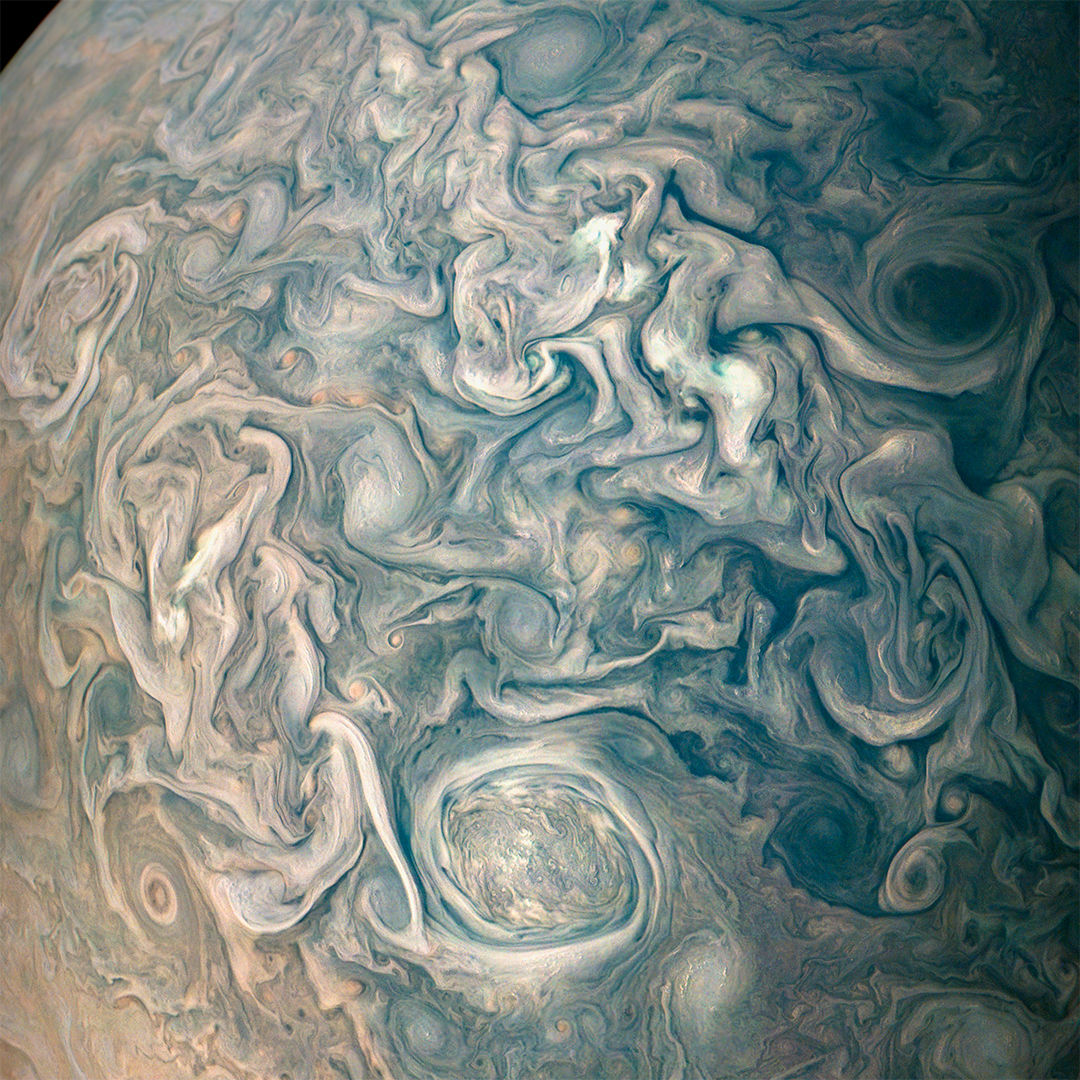 These Jupiter pictures show the chaotic clouds that swirl around the gas giant planet.

The swirling action that you can see is thanks to the turbulence and violence with which the clouds move around.

Darker areas in these images represent the lower levels of Jupiter's atmosphere. The lighter color clouds, on the other hand, are much higher up.

Though scientists aren't completely sure, they postulate that the lighter clouds you see here are either ammonia or a mixture of ammonia and water. Other various chemicals are likely present as well, though in much lesser quantities.

From a greater distance, the turbulence of Jupiter's atmosphere is still evident.

However, in this image, it looks more like a macro shot of a marble or perhaps a watercolor painting and less like a planet whose radius is over 43,000 miles.

Instead, it's surveying the planet and conducting experiments so that scientists here on Earth can learn more about the mysteries of Jupiter.

In the video above, NASA's Jet Propulsion Laboratory outlines what has been learned thus far thanks to Juno.

In addition to all that the Juno spacecraft has helped us learn, a neat feature of its mission is that its RAW images are available to the public for processing.

In fact, each of the photos featured in this article were processed by citizen scientists using imaging data from the JunoCam.

Get more details about Juno and its mission.