Photographer Gets a Little Too Close to World Cup Action, Takes Photos From Bottom of Dogpile 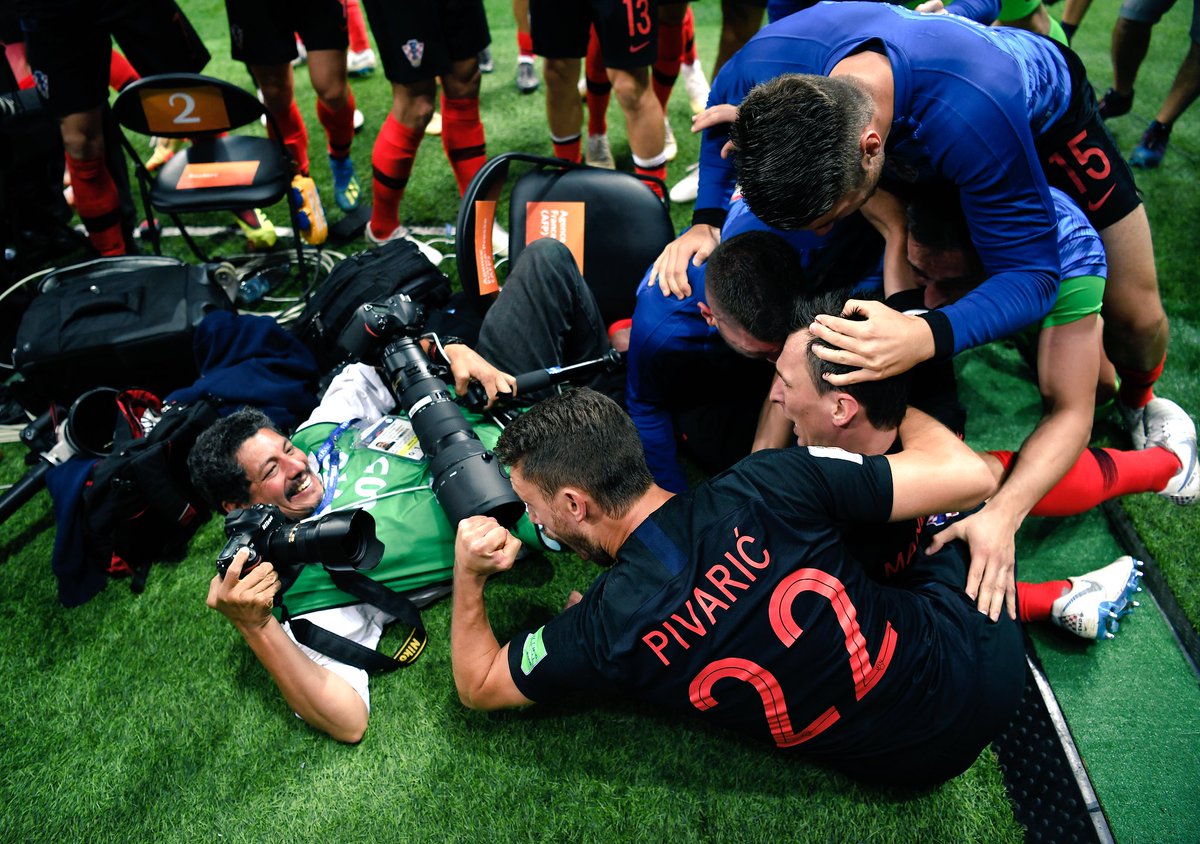 World Cup fever has been going strong for awhile now, and for AFP photographer Yuri Cortez, it reached a fever pitch yesterday.

While covering a semifinal match between Croatia and England, Cortez found himself at the bottom of a dogpile of Croatian players after they scored a go-ahead goal in extra time.

But being the professional photographer that he is, Cortez just kept on taking photos even though he was at the bottom of a dogpile of soccer players.

Editor's Tip: Not getting the results you want with your camera and lens? You might need to learn what all those markings are on your lens.

#CRO piled on top of the photographers after scoring a huge extra time goal pic.twitter.com/FPaDQoEepn

Naturally, the whole fiasco was caught on camera of both the still and video variety.

Cortez' experience quickly went viral, particularly the footage of him from under the scrum still taking photos.

Even in their ecstatic celebration, the Croatian players took the time to apologize to Cortez for knocking him to the ground and carrying out their celebration on top of him. He even got a kiss on the forehead from one of the players.

Team Croatia apologizes to photographers after accidentally trampling them celebrating a goal in the #WorldCup pic.twitter.com/FMlkr0cIyE

Given the popularity of the World Cup and the strangeness of Cortez' experience, the whole scene has gone viral thanks in part to his photos from the bottom of the dogpile (which he posted to Instagram, shown below) and the photos of his experience by other photogs on the sidelines.

As he told his employer, AFP, "I was just changing my lens as the players ran toward me. They just kept coming toward me and they fell on me! It was a crazy moment, they were delighted. Then they suddenly realized I was underneath them. They asked me if I was OK. Another one picked up my lens and another player (Domagoj Vida) gave me a kiss.

Happily, Cortez and his gear are all okay.

Anything for the shot, right?!

Editor's Tip: Not sure what lens to use for portraits? Learn why an 85mm lens is ideal for portraiture.

Via AFP and PetaPixel