8 Life Stages of a Photographer 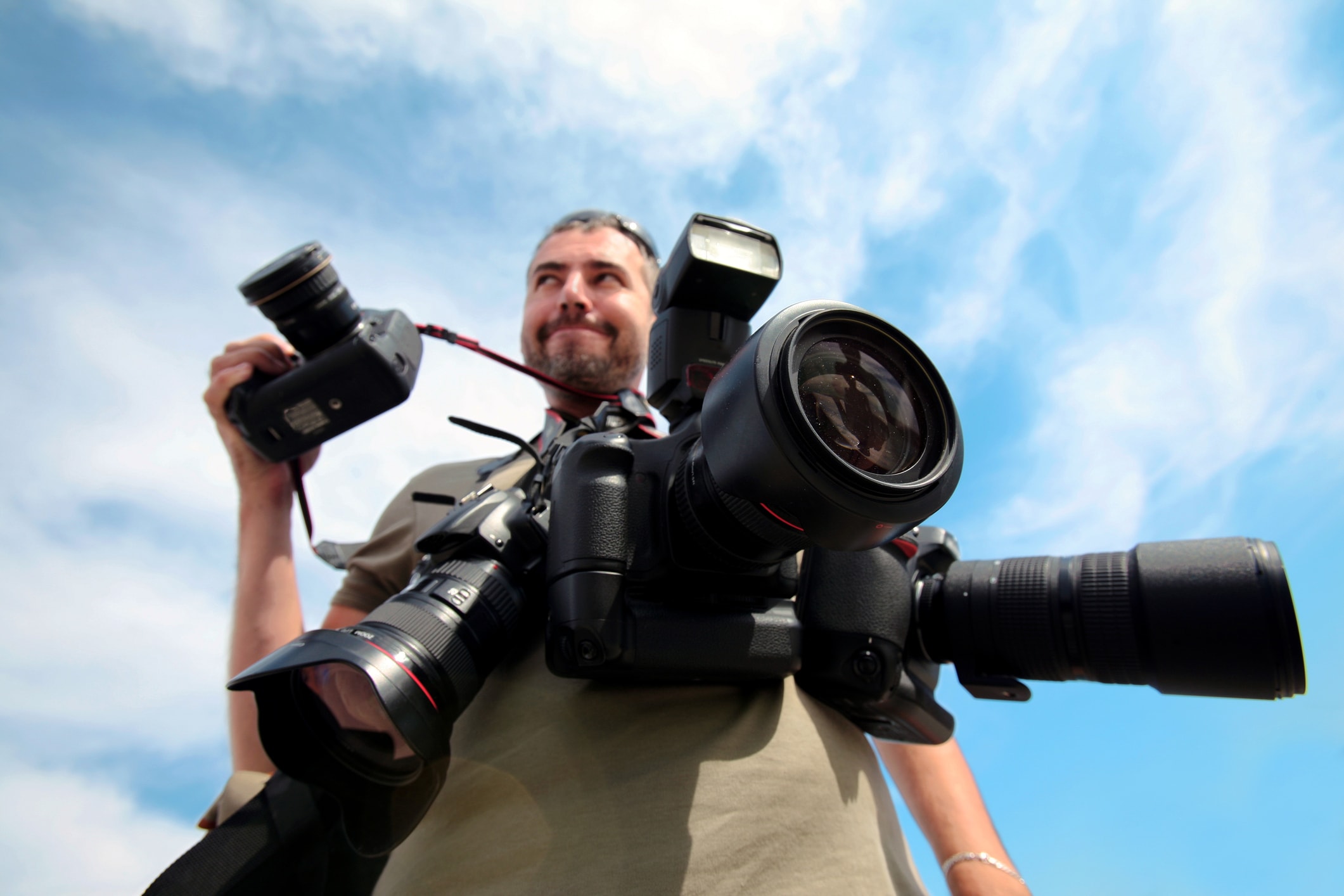 If you've been a photographer for a while, you know that there are certain developmental stages that every photographer goes through.

From newbie that knows absolutely nothing about photography to finally understanding the basics of composition and lighting to one day (hopefully) achieving self-actualization and becoming a real photographer, there's a lot of progress to be made.

There's a lot of mistakes to be made, too...

Here's an interesting and comical look at the life stages of a photographer. 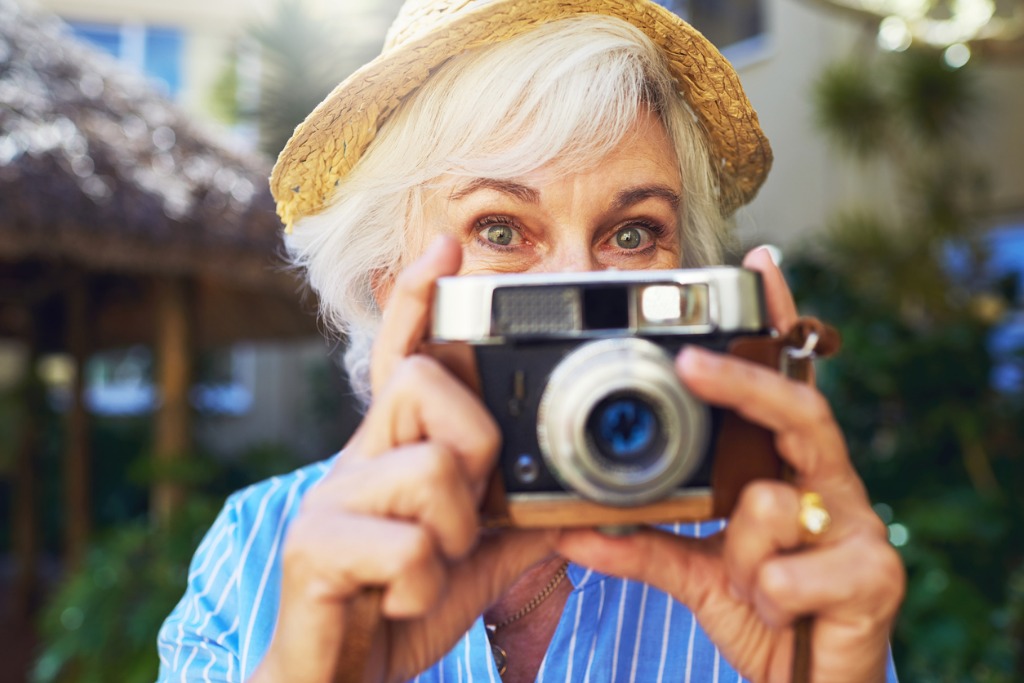 Photographers begin their lives as the "un-photographer," the common species that use their cameras to capture day-to-day memories and really have no idea what they're doing.

In many cases, the "un-photographer" is an enthusiastic young person who has discovered that their phone is also an awesome camera.

The "un-photographer" can also be your grandma or grandpa whose zeal for taking photos of the grandkids' birthdays and Christmases is admirable (if not annoying) because they can't figure out how the heck to work their camera.

Editor's Tip: Not sure what all those numbers and letters on your lens mean? Learn how to read the markings on a lens.

Stage 2 - The "I Have to Photograph Everything" Photographer 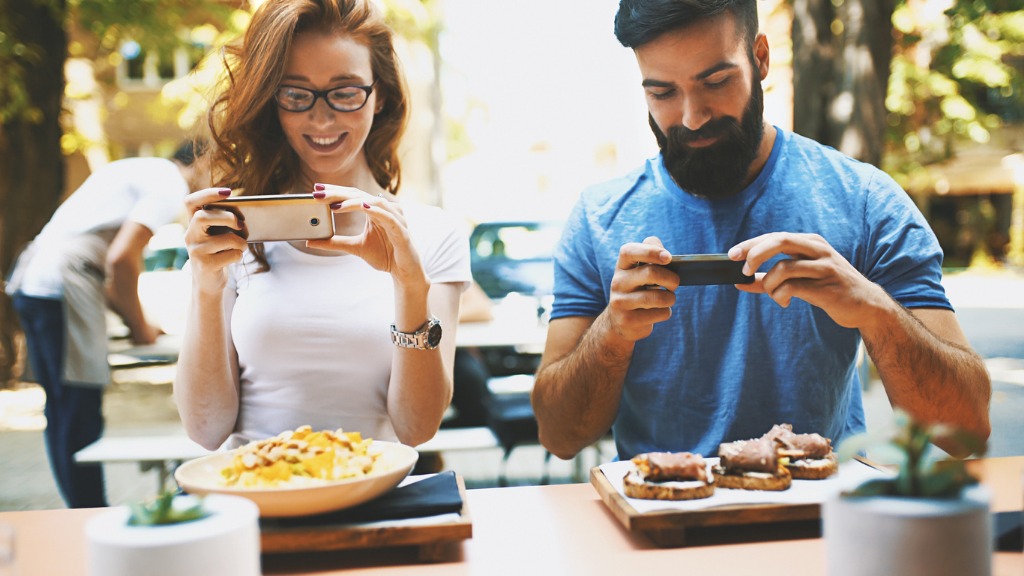 The jump from Stage 1 to Stage 2 is significant in that the photographer no longer just uses his or her camera to annoy their friends and family.

Instead, they now annoy everyone by taking photos of absolutely everything. 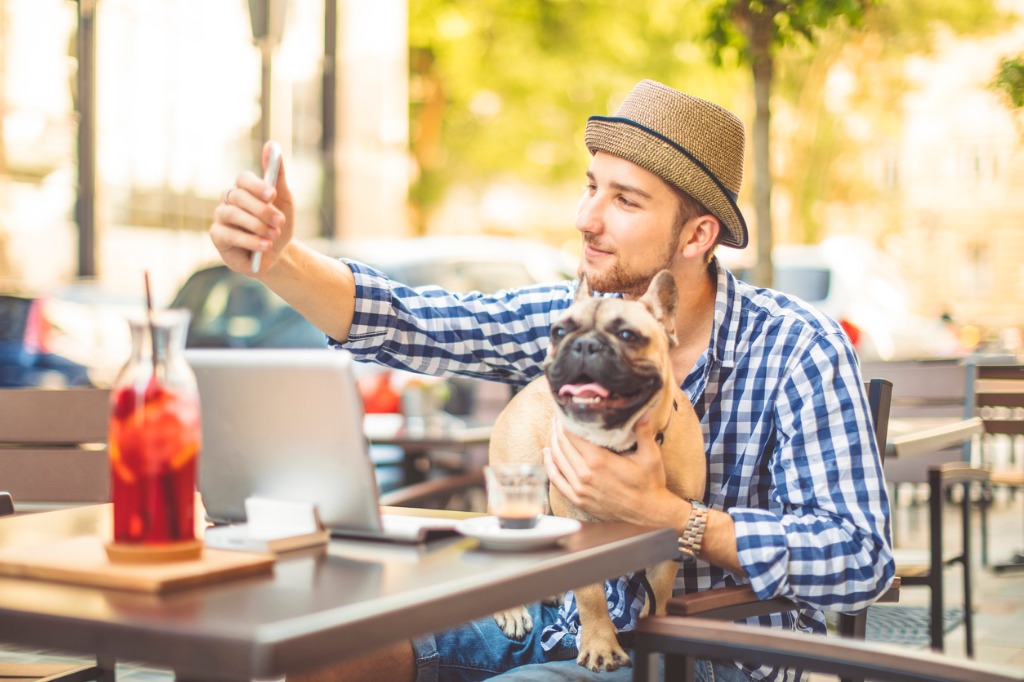 You'll see evidence of the "I Have to Photograph Everything" photographers on social media. You know the type - their Instagram feed is equal parts photos of food, their drive home, their dog wearing a dress, and lots and lots of selfies.

Though these photographers are at least getting more time behind the lens, the problem is that they usually don't put much thought into making a great photo. Either that or they process the hell out of their photos and they end up looking like trash... 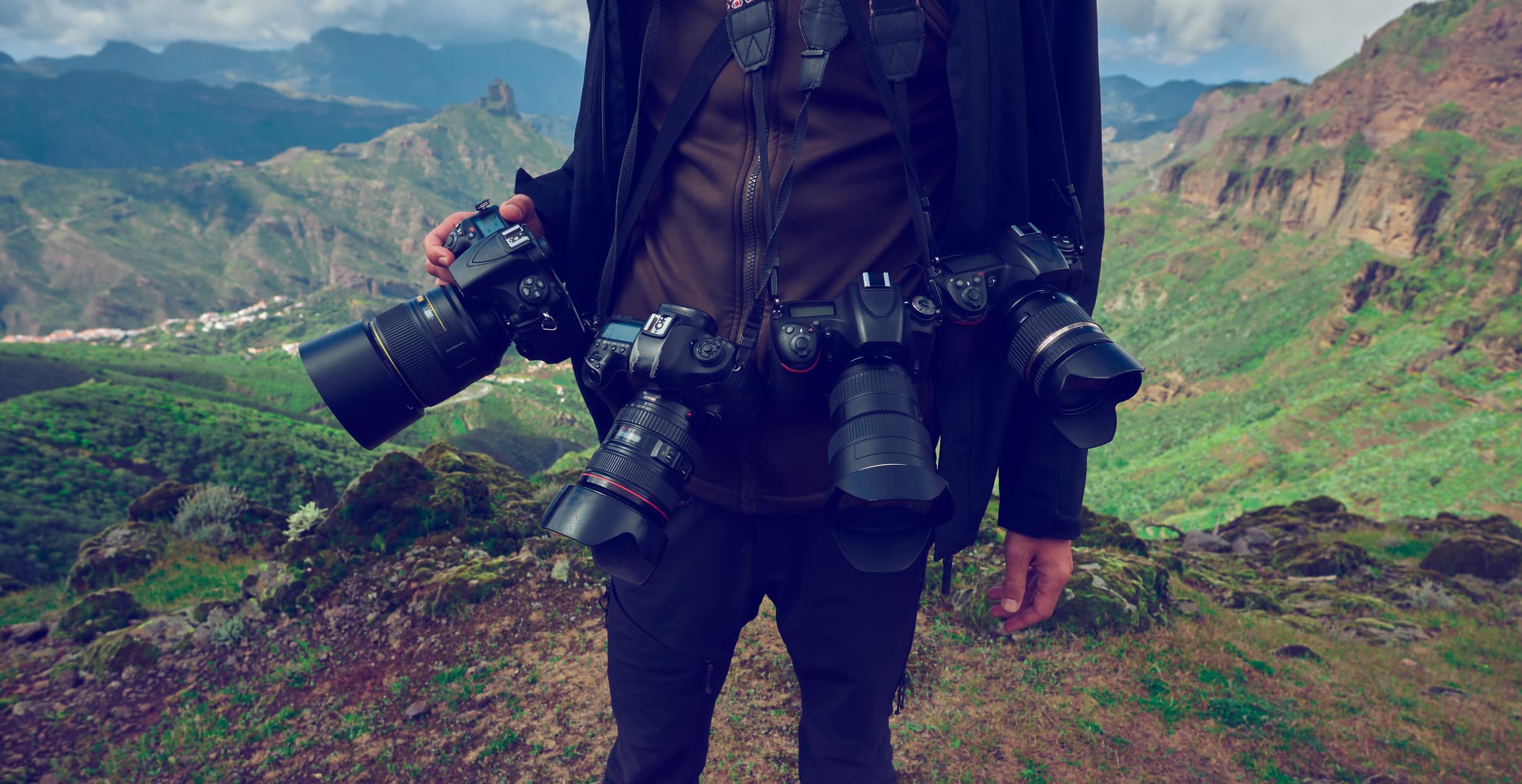 The "GASsy" photographer is not one that disrupts everyone else with their flatulence...

Instead, the "GASsy" photographer has developed Gear Acquisition Syndrome (GAS) and is convinced that they need the latest, greatest camera, lenses, and accessories in order to take great photos.

This is a big leap for many photographers because they often go from using their smartphone for photography to lusting after the Nikon D850s and Sony a9's of the world.

The problem is, "GASsy" photographers still don't know how to use their gear to take high-quality shots. That Nikon D850 sure does a lot of good in full auto mode, doesn't it?

Stage 4 - The "I'm an Artist" Photographer 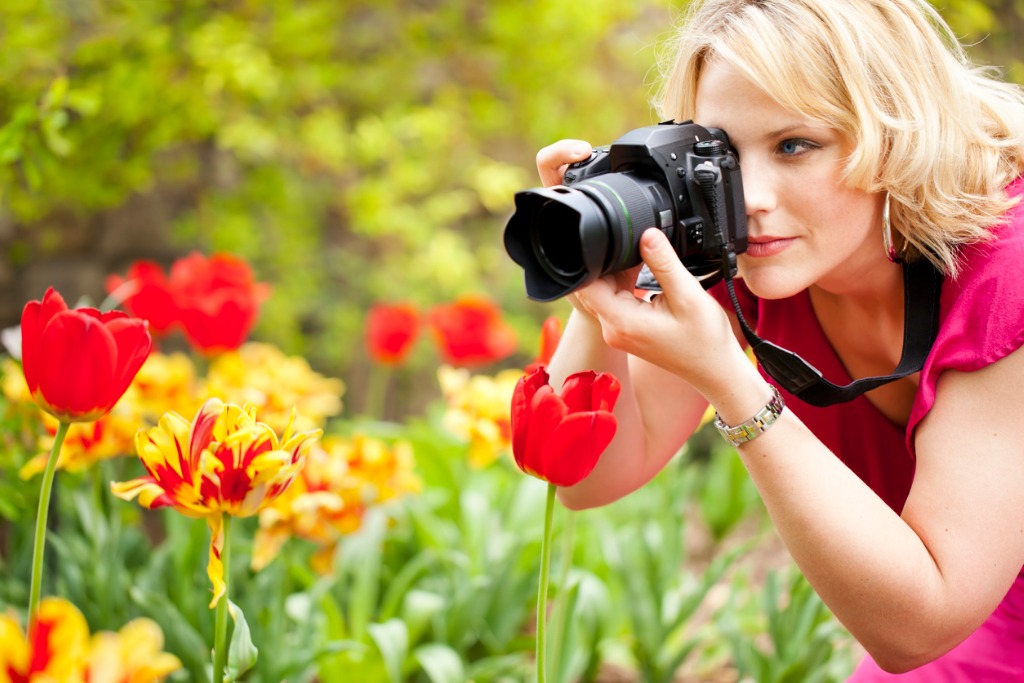 There comes a point at which most photographers start to figure things out, if not on a basic level.

They spend their spare time reading photography tutorials and watching YouTube videos on things like focal length and the exposure triangle. And though they might not fully understand these concepts yet, they are at least aware that these concepts exist.

But the strongest indication that someone has reached Stage 4 is the abundance of "artistic" photos in their Flickr album or on their Instagram feed. 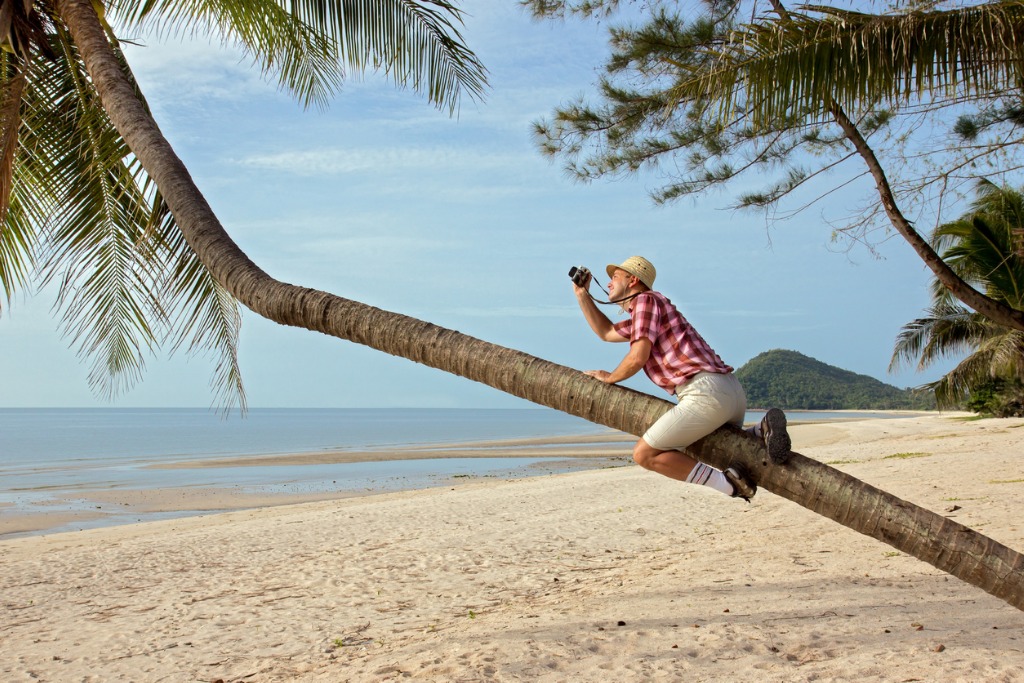 Like the "I Have to Photograph Everything" photographer, "I'm an Artist" photographers spray and pray, filling up their memory cards in short order and never culling their photos because, well, they are all so incredibly good.

You've likely encountered one of these photographers on the train or at a dinner party in which they corner you and show you absolutely every photo they've taken because each photo is a beautiful capture and you should appreciate its beauty, by God!

Stage 5 - The "I Suck" Photographer 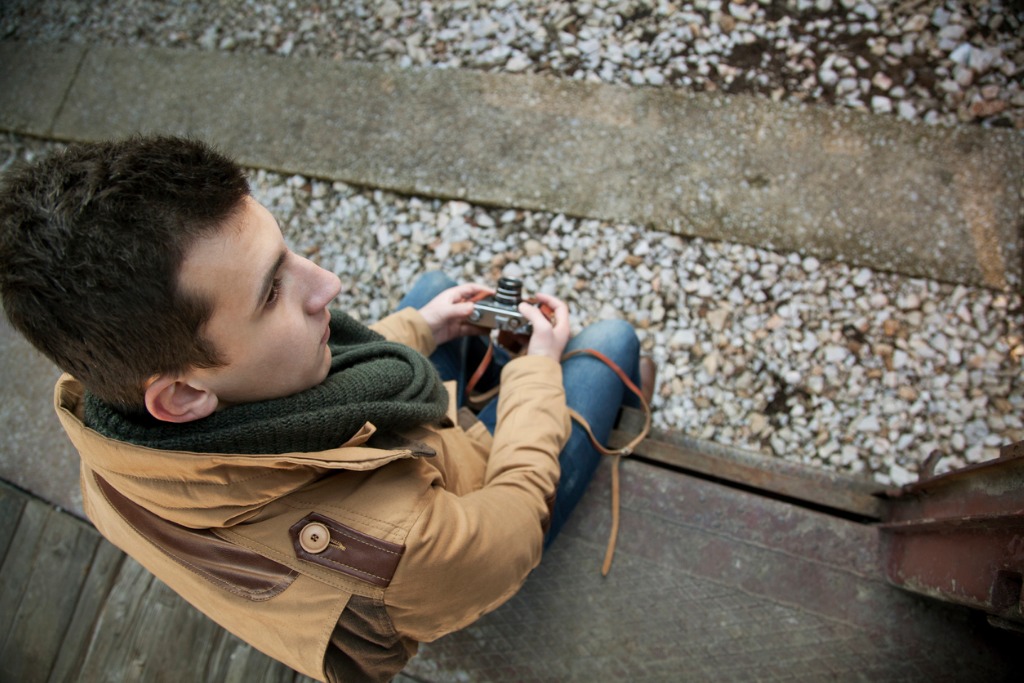 Stage 5 is a rough one because after a long stint "as an artist," most photographers discover the cold, harsh truth - in actuality, they really suck.

Sometimes Stage 5 is a long, slow process that's only achieved after having published thousands of photos online and not getting the kind of sweeping adoration from fans that they'd hoped.

Other times, Stage 5 is like getting dumped out of the blue - one minute you're happily rolling along thinking everything is fine and the next minute you're alone and crying and don't really know what you've done wrong.

But, after the sadness and disappointment subsides, "I Suck" photographers pick themselves up, dust themselves off, and set out to figure this whole photography thing out for real. 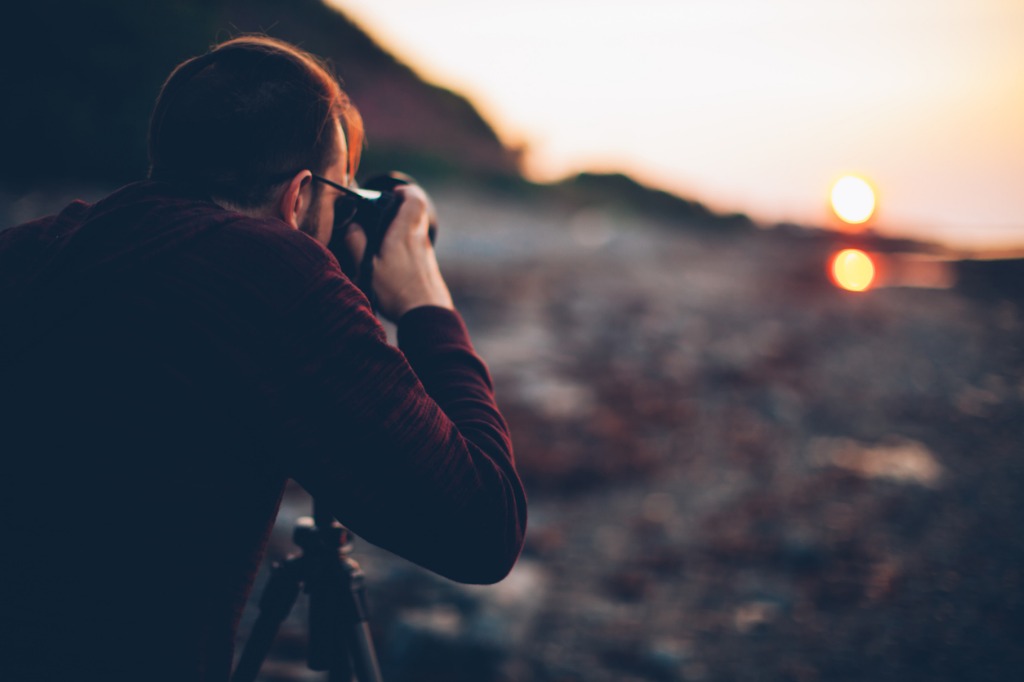 They think back to all the tutorials they've read and videos they've watched, and suddenly things start to click...

They realize things like leading lines help create depth in a landscape and they learn how to get a blurry background in a portrait.

They also try new things, find new subjects to photograph, and actually concentrate and take their time taking photos of select subjects. It's spray and pray no more!

Editor's Tip: A great photo deserves to be on your wall. See what your photos look like as fine art prints. 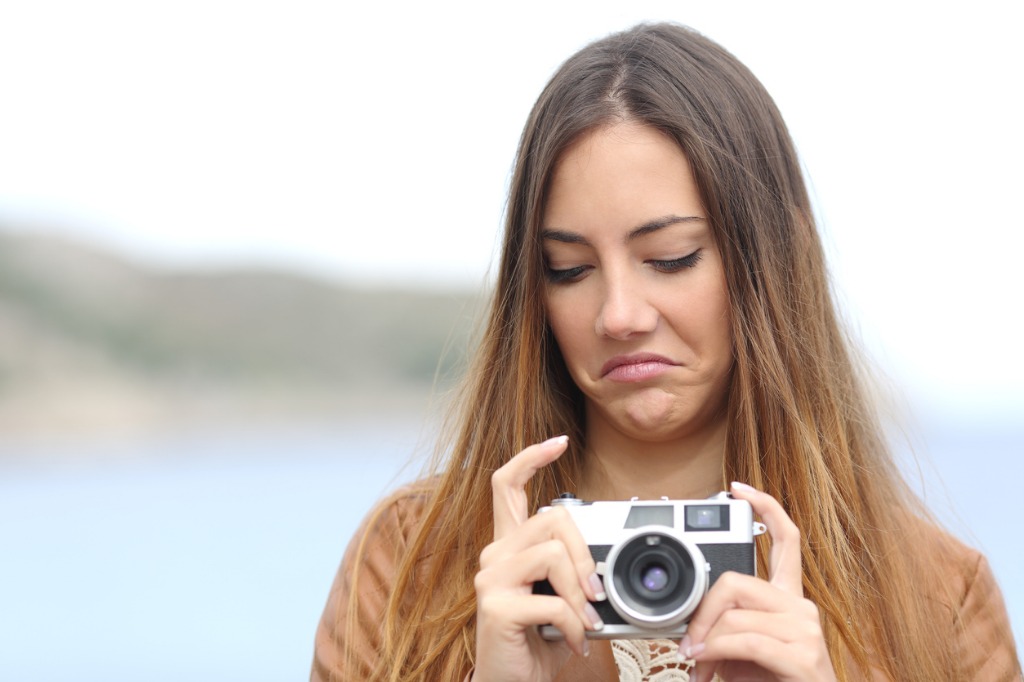 Once a photographer achieves the "It's Not You, It's Me" level, they understand that when a photo sucks, it's not the fault of their camera or lens or any other accessory.

Instead, these photographers realize that it's their fault that an image is poorly composed or underexposed or doesn't have a strong subject, and so forth.

This is a real growth stage because, unlike Stage 5 in which photographers wallow in self-pity for a long time, in Stage 6, they finally start to put things together. 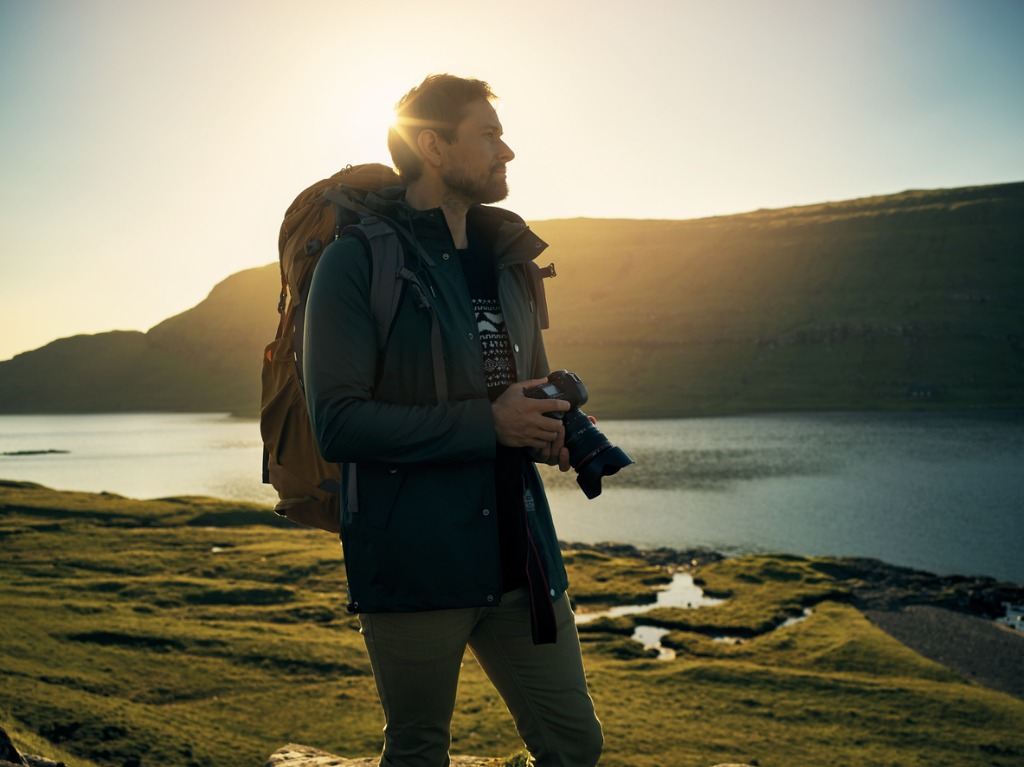 Sure, there's still a good number of photos with blown out highlights or a busy background or too much processing, but at least there's the beginnings of thinking like a photographer and considering things like light, composition, framing, camera settings, and so on.

It is in this stage that photographers become a little rebellious as well.

They've learned the basics and have a stack of photography rules to abide by, but with growing confidence, they start to break those rules and see how their creative eye fares on its own. 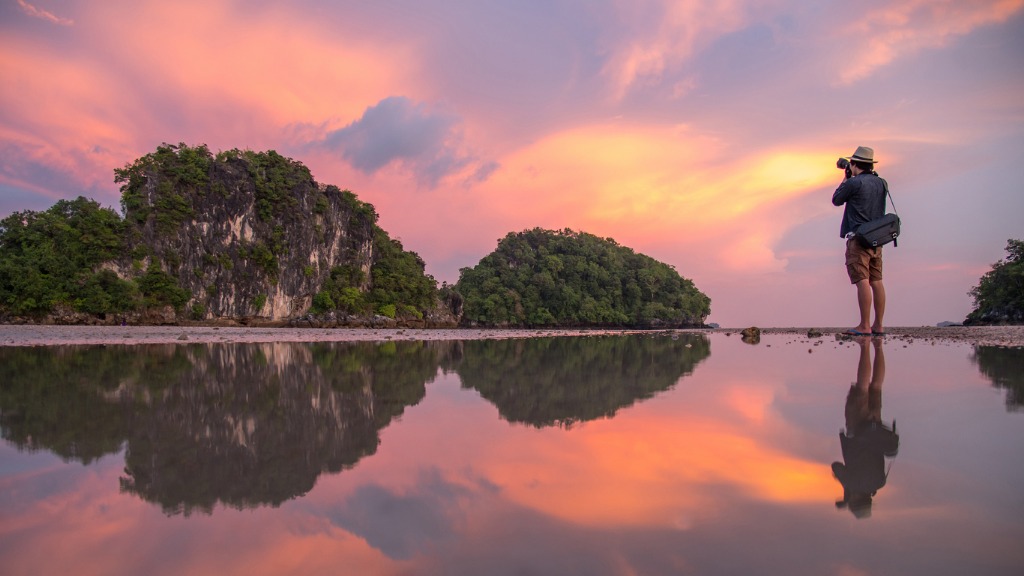 Armed with a growing skill set and an understanding of how to use their gear, the "Instafamous" photographer starts to gain some notoriety for their work by posting curated images to social media.

These are the folks that seemingly find great light and breathtaking subjects no matter where they turn.

But what their followers don't realize is that the "Instafamous" photographer is working their tail off to make the most of every single press of the shutter button. They consider the light. They adjust the perspective from which they shoot. They think about framing and visual balance and even use manual mode to zero in on the ideal settings for a perfect shot. 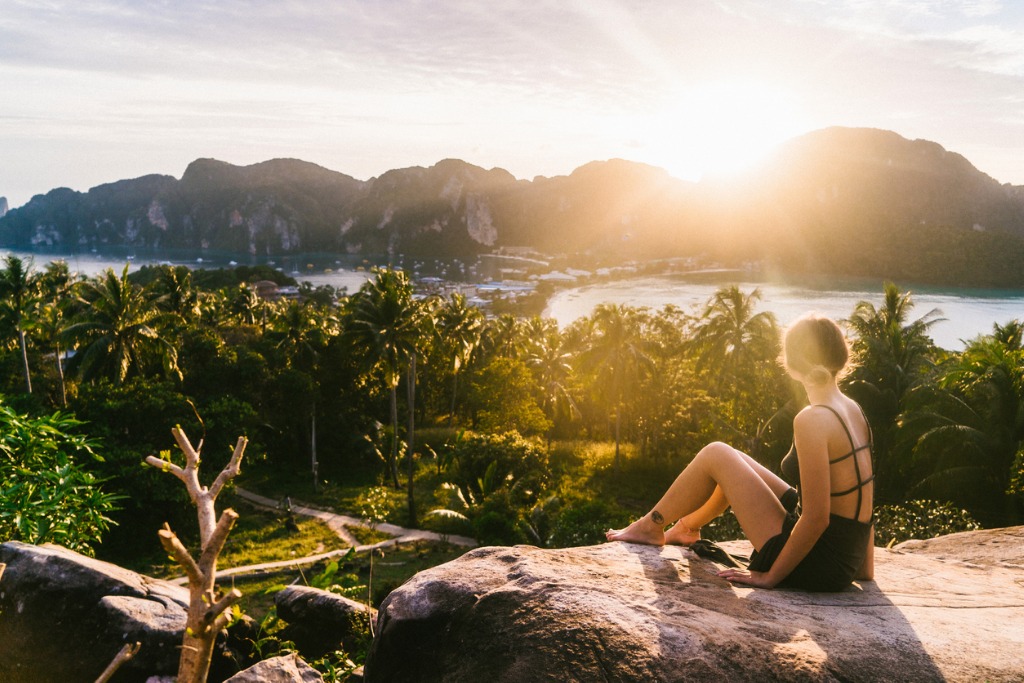 Not only that, but "Instafamous" photographers have developed their specific style. When someone scrolls through their Instagram feed, they know immediately who took the photo without even looking at the person's handle.

In other words, at this stage, photographers begin to see photography as a way of life, not just as a hobby. The only thing left to do is reach the final stage of self-actualization. 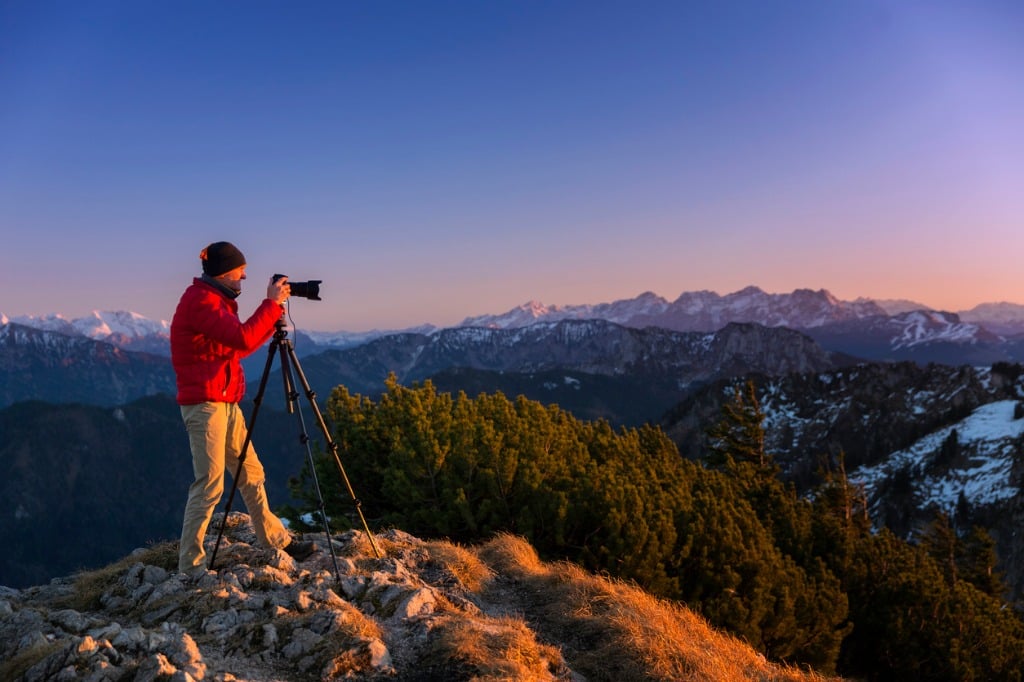 Most photographers never reach the pinnacle of being a "Holy Crap I'm Actually Good" photographer.

These are the folks that take photos for a living and whose very livelihood depends on them being very good at what they do.

Whether it's the local portrait photographer in your hometown or a world-famous photographer like Ansel Adams, these are the folks that the rest of us look up to, admire, and try to emulate. 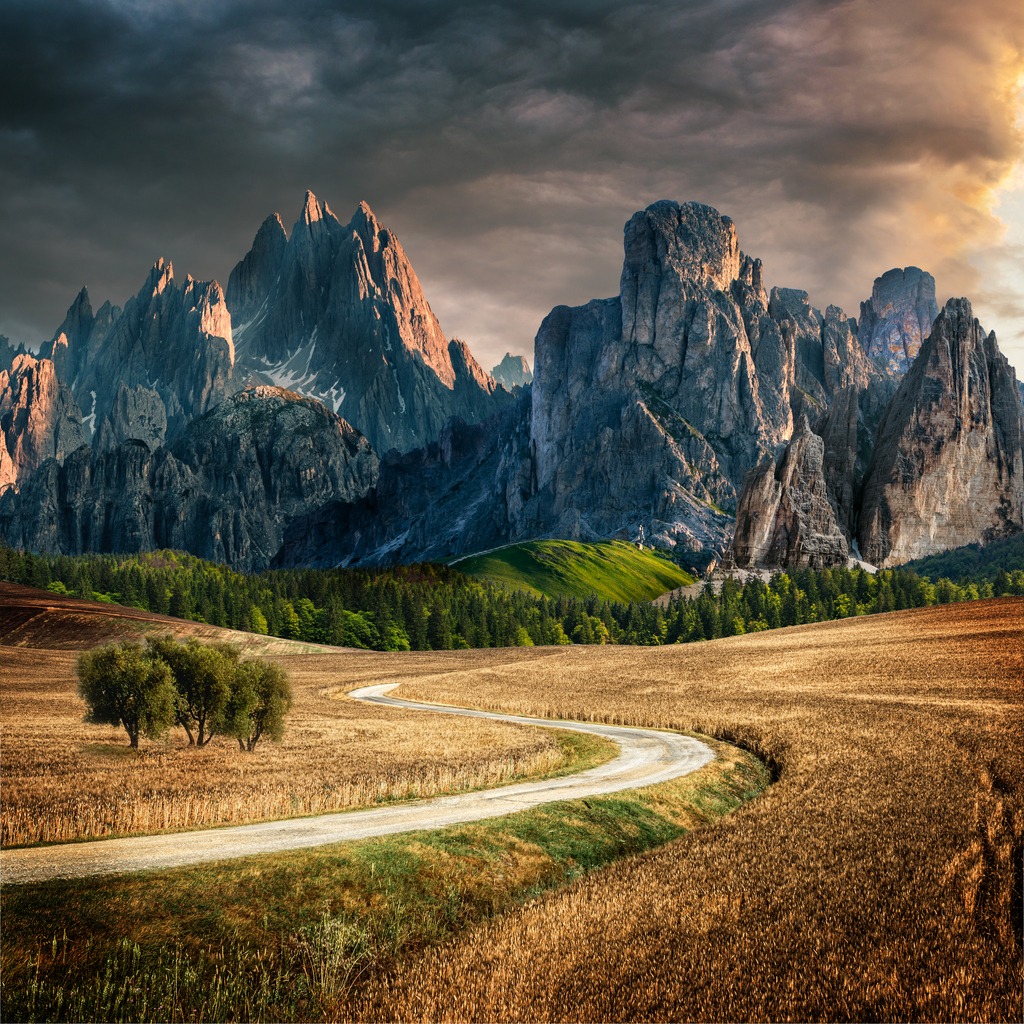 And while most of us end our photography journey somewhere between Stage 1 and Stage 7, it's still a journey worth taking.

There's no way to become a better photographer without practicing, without getting feedback, and without committing oneself to learning.

If you can do that, you might soon find that you're no longer in the "I suck" stage and that you're actually a pretty darn good photographer.