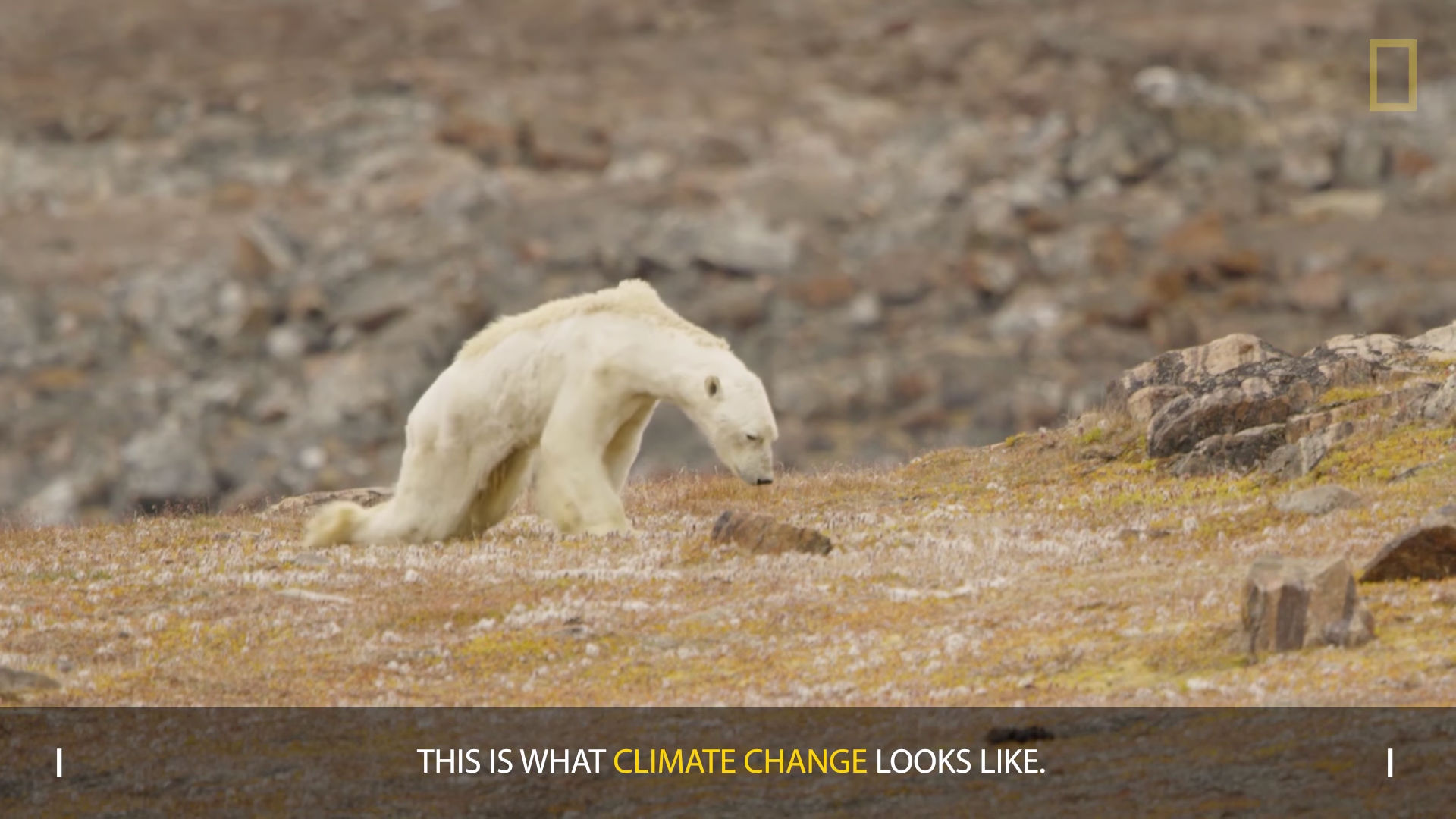 If you've never seen the image above, you're one of a few...

The viral photo was taken from video shot by Paul Nicklen and Cristina Mittermeier in the Canadian Arctic last year.

National Geographic picked up the video from Nicklen's Instagram, where he published it with the caption, "This is what starvation looks like."

The magazine's version - which became the most popular video ever on its website and has gotten roughly 2.5 billion views - changed the caption to read, "This is what climate change looks like."

However, in a new story for Nat Geo's August 2018 issue, Mittermeier notes that there was a problem: "We had lost control of the narrative."

And National Geographic agrees. From the editor:

National Geographic went too far in drawing a definitive connection between climate change and a particular starving polar bear in the opening caption of our video about the animal. We said, “This is what climate change looks like.” While science has established that there is a strong connection between melting sea ice and polar bears dying off, there is no way to know for certain why this bear was on the verge of death.

A new version of the video has been published with the caption, "This is what a starving polar bear looks like."

"Photographer Paul Nicklen and I are on a mission to capture images that communicate the urgency of climate change," Mittermeier writes. "...With this image, we thought we had found a way to help people imagine what the future of climate change might look like. We were, perhaps, naive."

She goes on to say that "The picture went viral...and people took it literally."

Regardless of whether Nat Geo went too far or not with their caption, the power of the image is undeniable.